When Qiao (the everyday elegant Tao Zhao) sweeps into the grey and smoky mahjong parlor at the start of Jia Zhang-Ke’s downbeat epic Ash Is Purest White (Jiang hu er nü) she’s greeted by the thronged kibitzers and gamblers as both a being apart and yet just one of the guys. The only woman in sight, she carries with her an air of authority that comes in part from her taut, regal intensity as well as her romantic proximity to Bin (Fan Liao), clearly the boss of the room. Watching Qiao work the room like a dancer before settling at Bin’s side puts you in mind of the social engineering pirouettes Sharon Stone performed for her grand entrance in Martin Scorsese’s Casino (1995). She will be humbled in a similar manner.

While Jia is at home as Scorsese in the morally grey semi-criminal demimonde, that’s about where the similarities end. While you could describe Ash Is Purest White as a kind of gangster story threaded with tragic romance, Jia is (as ever) after bigger targets here, with his characters seeming at times less like individuals and more flotsam being swept along the tide of history. They might take a stand here and there, or try to lash back at the hand fate has dealt them, but it’s a losing battle, what with the massive grinding machine of industrial China being arrayed against them.

The movie’s first segment is set in 2001, with the mood of plucky stoic striving established by some old documentary footage Jia shot years ago in the remote northern mining town of Datong. It’s a place in new millennial tumult, with Qiao and Bin dancing in a glitzy disco to the Village People’s “Y.M.C.A.”, even while labor unrest threatens and her father drunkenly rails against the corrupt “capitalist paper tigers” at the mine.

Although Bin appears part of the jianghu underworld and Qiao revels in the role of fierce moll, she also holds herself apart from it. She gently mocks Bin’s pronouncements (“it’s kill or be killed” or “it’s all ours for the taking”) as being straight out of the Hong Kong movies that mainland gangsters copied so much of their style and rhetoric from. The movie highlights this playacting in a society looking for new roles and traditions after the devastation of the Cultural Revolution: Qiao, Bin, and his fellow gangsters bang down shots and profess loyalty in a karaoke bar while the soundtrack from John Woo’s 1989 film, The Killer, runs in the background. Later, Bin watches Taylor Wong’s Tragic Hero (1987) with rapt attention. “It’s not like the old days,” Qiao admonishes.

Ash Is Purest White’s first third concludes with a dramatic illustration of Qiao’s sentiment. While Bin has been secure in his status, a rampaging pack of younger gangsters with no interest in any of the jianghu trappings and camaraderie are making themselves known. Jia’s moody and circuitous style is then interrupted by a kinetic stunner of a street ambush that sees Bin battling a pack of motorcycle punks before being saved by Qiao brandishing the illegal pistol she had been trying to convince him to get rid of.

In its second third, the film follows a humbled Qiao, making her way through a strange new China after five years in prison. The quiet grandeur of her first impression has dissipated. This might be due to the disappearance of Bin, who got out many years before her but shows as much loyalty to her sacrifice as his now-scattered gangster brothers exhibited for him. Determined to find Bin, her one anchor to some kind of stable life, she searches for him in the bustling landscape. Floating down the Yangtze on a tourist boat, she hears the loudspeaker proclaiming the gloriousness of the massive Three Gorges development and cheerfully describing the “residential relocation” that will follow the flooding. 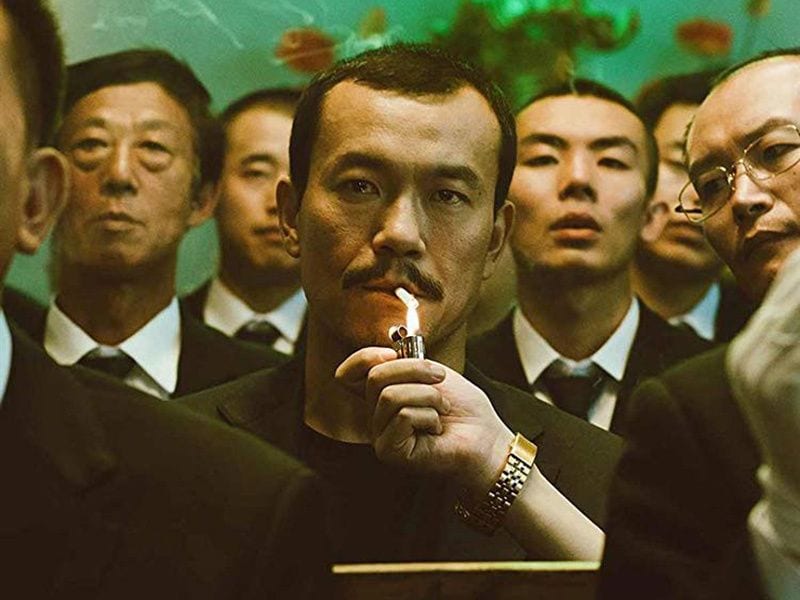 Adrift, Qiao slides back to her old ways. She runs scams on frightened men, steals, and manipulates every social lever she can find to force Bin to reckon with their past and his debt to her. It gives nothing away to say that the results are less than she would desire, and that Bin’s shallow code of ethics is not quite up to what is required to maintain morality in the brazenly thieving and amoral China that Jia depicts with such sociological exactitude.

The long passages of quietude are stabbed here and there with moments of violence or brazen surreality that highlight a certain unreality to the flux and change rippling through the country. Later scenes set in the present day show Datong as it currently is, not just ashy tenement towers but a gleaming high-speed train line and ranks of new apartment complexes, the eruptive modernity underscored by the eerie, wavering notes of the sci-fi-ish soundtrack. Meanwhile, Bin and Qiao circle each other and their old haunts, having never quite found their footing in the old world before being ripped away from it and now unsure of what to do in the new world.

The conclusion that Jia comes to for Ash Is Purest White is not particularly satisfying, though it rings true on a certain level of hard-boiled reality. Everything else in China may change, but in the end, there will always be mahjong. 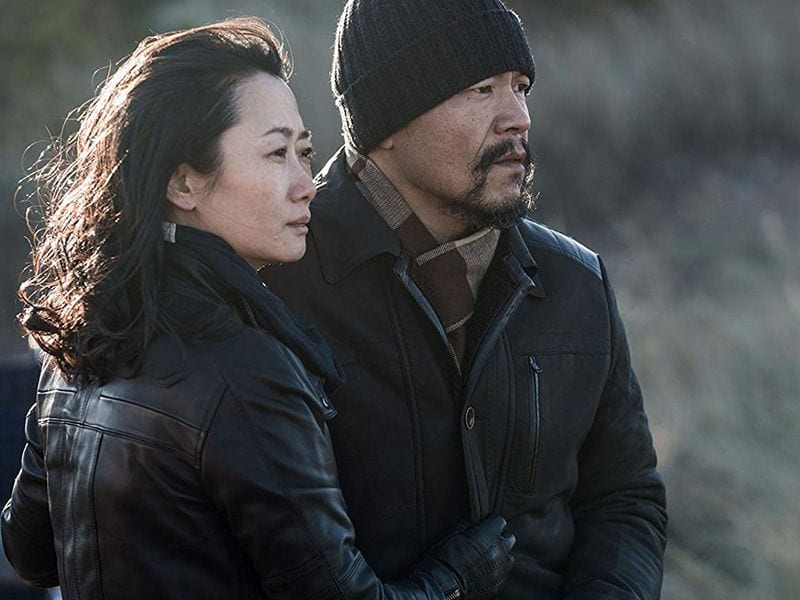