Superhero comics often go through cycles upheavals. There’s an accepted status quo that acts as a baseline, of sorts. Then, every once in a while there will be some upheavals that try to shake up the system and introduce new reforms. Some of those reforms stick. Some fail spectacularly. Most just fade into the background. Eventually, though, that familiar status quo returns to maintain the core appeal of a series.For the Avengers, the traditions established by Thor, Captain America, and Iron Man act as the pillars of Marvel’s top-tier heroes. The membership of the team may fluctuate every other week with Wolverine showing up one day while Squirrel Girl shows up another, but the core identity of the Avengers emerges from these three heroes. Every now and then, there’s an effort to shake things up by bringing in new characters. No matter who shows up, though, be it a time traveler, a teen prodigy, or a Skrull agent, the Avengers are still built around these three iconic heroes.

In recent years, this core underwent plenty of upheaval with Thor becoming unworthy of Mjolnir, Captain America becoming a Hydra agent, and Tony Stark languishing in a coma. Some of those plots are still controversial and not necessarily for the right reasons. Whatever the controversy, though, it’s only ever a matter of time before the Steve Rogers, Tony Stark, and Thor Odinson regain their roles as the Avengers’ trinity of heroes.

Jason Aaron, who was behind some of the upheavals, and Ed McGuiness are now tasked with bringing that core back together and moving them forward in Avengers #1. At a time when the Avengers: Infinity War is topping the box office, the stakes are higher than usual for a new Avengers series. There are still lingering scars from the events of Secret Empire and Civil War II. There are also some extenuating circumstances that bring the Avengers together once more.

Despite these strained particulars, though, the stage is set for the classic core of Avengers to return and Aaron makes good use of it. The events that kept Steve, Tony, and Thor apart aren’t ignored. They even acknowledge the sentiment that the world around them is changing, both in terms of world-destroying threats and with respect to the growing diversity among the superhero community. However, even in musing over such changes, this classic trio finds a way to reaffirm that there’s still a place for them.

It certainly helps when new threats emerge in the form of dead Celestials falling out of the sky. It’s a threat that’s not quite as random as it initially seems. This sudden catalyst for such a classic reunion has a basis in the events from Marvel Legacy #1, which introduced the Avengers of 1,000,000 BC. It’s a concept that, even within that single issue, hasn’t had much impact on anything in the present time to date. Those connections begin to emerge as the Avengers, new and old, begin to assemble.

While it’s a refreshing scene, especially to those still recovering from the end of Avengers: Infinity War, the spectacle is somewhat scattered. Captain America, Iron Man, and Thor are the driving force of the story, but there’s also a supporting cast that’s caught up in the same plot. That cast includes Black Panther, Dr. Strange, Captain Marvel, She-Hulk, and Ghost Rider. It’s a potent mix of heavy hitters and a few emerging stars, but there aren’t many opportunities for then to contribute.

They’re still in a position to assemble, as Avengers do. Their part in the story, though, is somewhat disconnected from the personal drama going on among Iron Man, Captain America, and Thor. They don’t do much to influence the uncertainties that Tony expresses about the future of the Avengers. Those uncertainties are almost as important as the threat of Celestials falling out of the sky, if only because it keeps the story from becoming another generic excuse to get the Avengers to unite. 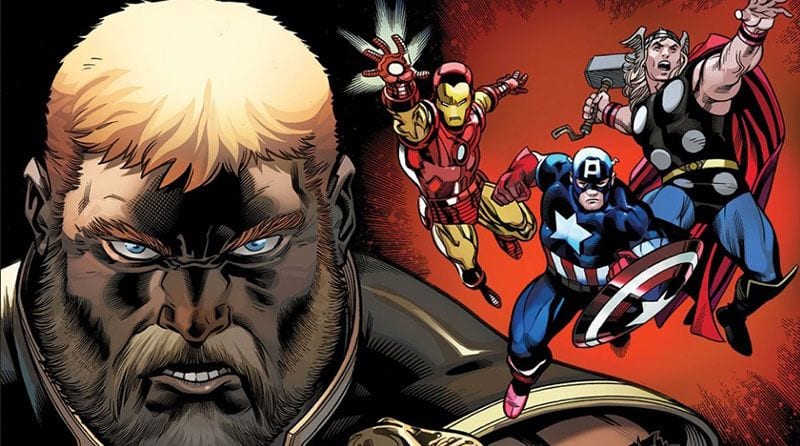 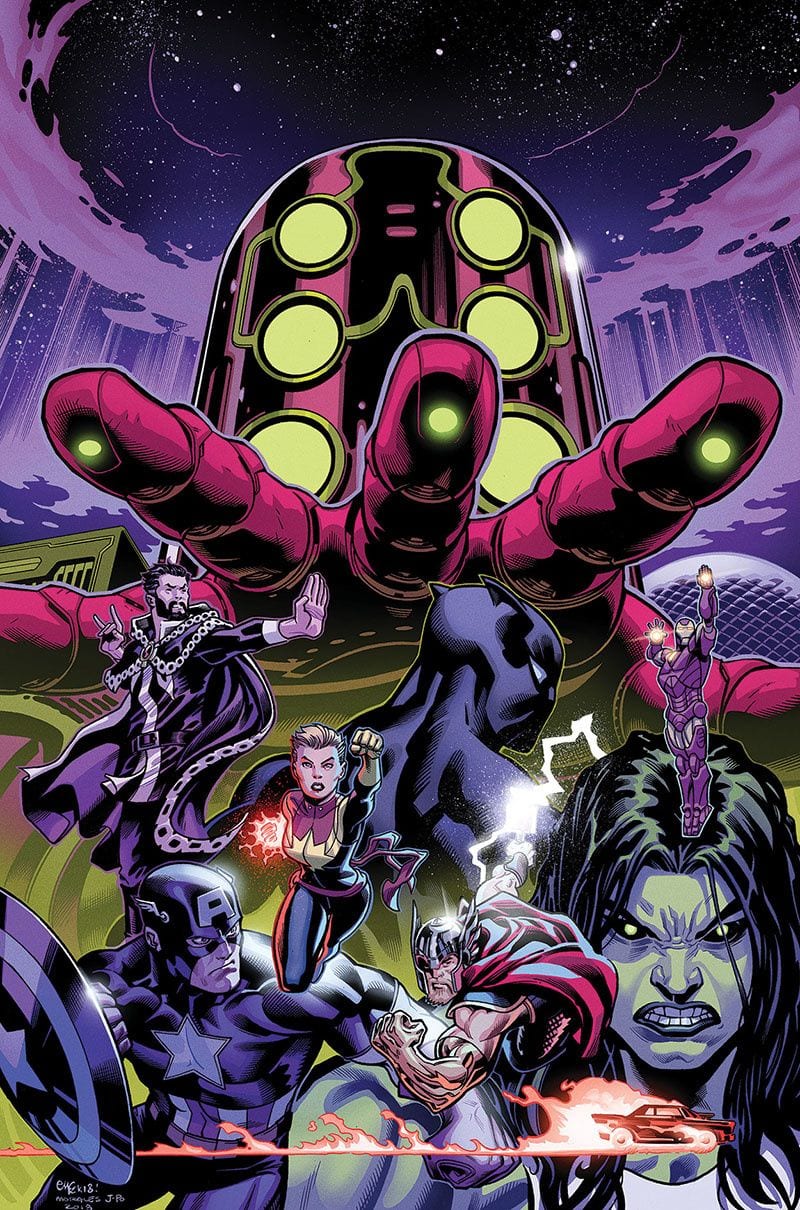 Avengers #1 doesn’t present itself as a simple reunion. Aaron dedicates just as much time discussing the place of the Avengers’ old guard in an era where they’re shortcomings and vulnerabilities catch up to them more and more. To some extent, their legacy works against them. New threats learn from old threats, adapting and evolving their attacks. They’re now at the point where they can make Thor unworthy, turn Captain America into an agent of Hydra, and render Tony Stark comatose.

None of this is lost on the team. At one point, Tony even expresses doubt that he, Steve, and Thor should be the ones to re-assemble the Avengers. That doubt reflects the sentiment that old heroes need to step aside in order for new ones to emerge. It’s a sentiment that has fueled a lot of the controversies surrounding these characters, going all the way back to the events of Original Sin.

While the events of Avengers #1 acknowledge that sentiment, it does little to actually address it. Some of that is due to the unavoidable distraction that comes with Celestials showing up out of nowhere, but it still leaves some questions unanswered. The assorted side-plots that put other Avengers in a position to assemble later on do little to help find those answers. One minute, Tony is pondering some important questions that have real implications for the future of the Avengers. The next, he just jumps back into his old role with his fellow Avengers to confront a new threat.

That threat is still intriguing in its own right, thanks to the tie-in with the 1,000,000 BC story line. It also helps that McGuinness’s artwork makes it the kind of cosmic spectacle that warrants having these classic heroes take on their iconic poses once more. There are layers to the story and Aaron does plenty to establish the potential for this latest round of upheaval. It even says something about the extent of recent upheavals when it’s just refreshing to see classic heroes reunite and feel relatively confident that it’s not due to Skrull agents.

Overall, Avengers #1 does plenty to get the Avengers back on track, but doesn’t do much to address why they got off track in the first place. There are important conversations to go along with the major events, both in the present and in the distant past. Most of those discussions remain incomplete, but there’s still plenty of opportunities to have those discussions, preferably when there aren’t dead Celestials lying in in the middle of major cities.