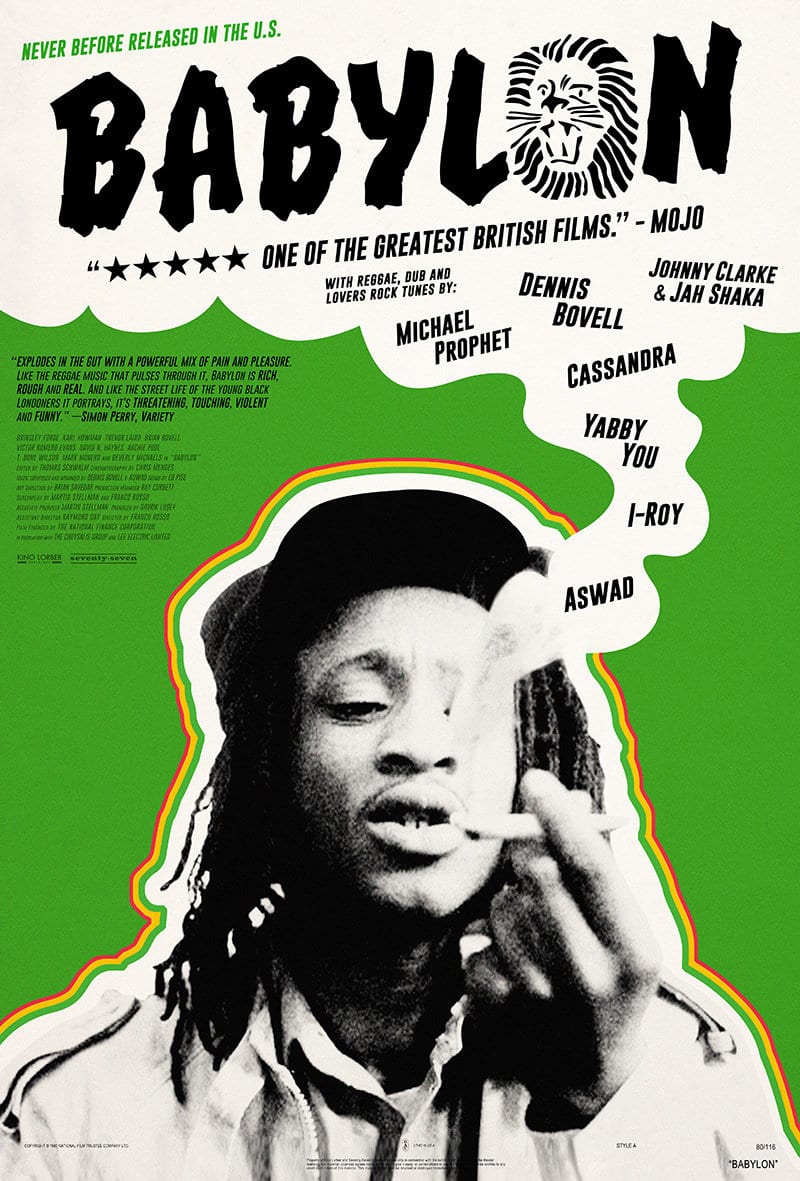 Like many music-heavy movies of its ilk, from Perry Henzell’s The Harder They Come (1972) to Jack Hazan and David Mingay’s Rude Boy (1980), Franco Rosso’s long-unseen Babylon (1980) is not a particularly deft drama. Its screenplay—a scrabbled-together thing by Rosso and Martin Stellman (who later adapted Victor Headley’s West Indian British crime novel, Yardie, for Idris Elba, 2018)—is more a collection of signposts and signifiers than true narrative. It’s in many ways clumsy and ham-fisted. And yet, somewhere in between the densely layered dub and reggae soundtrack, Chris Menges’ evocative cinematography, and the sharp spark of political agitation, there’s something to the movie that cannot be so easily dismissed.

The story is both simple and only vaguely outlined. It’s set in South London, where National Front graffiti is everywhere, and reactionary whites are pushing back against the West Indians whom they see as changing their neighborhood. Blue (Brinsley Forde, a child actor who was also in the group Aswad) is a mechanic also pursuing a DJ’ing career. There’s some build-up to that reliable old dramaturgical standby, the battle of the bands—in this case between a couple of rivalrous reggae crews—but generally the action traces the pressures of racism, poverty, and the police on Blue and his cohorts as they try to find a way to live in Thatcher’s England.

While he has a reggae-loving white best friend, Ronnie (Karl Howman), Blue spends most of his time with other Jamaicans who, though at least some appear to have been born and raised in England, feel and are treated like foreigners. Their accents are heavy enough to require the use of subtitles, though untranslated patois will likely leave some viewers grasping for clarity. Blue and his friends seem to be hovering on a knife’s edge of petty criminality that becomes only sharper as more is taken away from them by assaults that are physical (bottles thrown, police harassment), verbal (“this was a lovely area … fuck off to your own country!”), and economic (Blue fired by his racist boss). 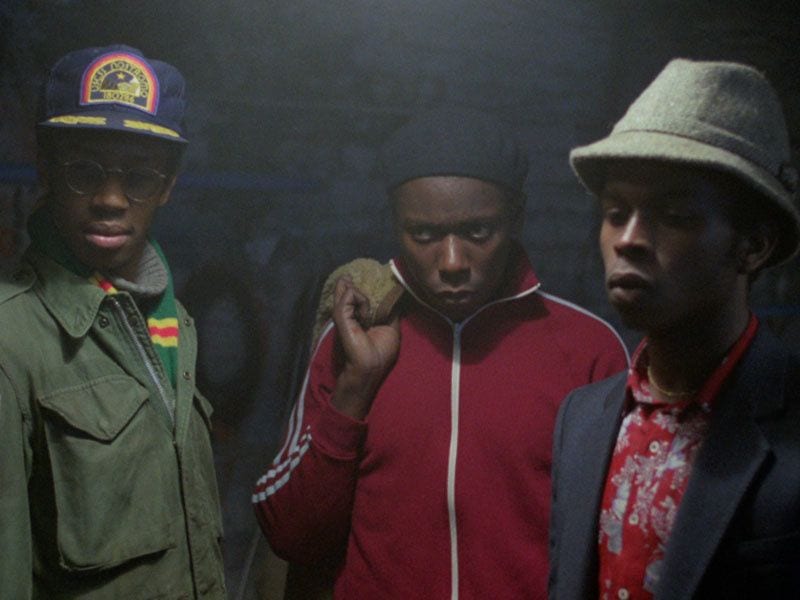 Rosso’s rangy, neorealist approach means that characters float in and out of the dramatic frame with little explanation. But when married with Menges’ cool-tinted, beautifully smoky imagery and Dennis Bovell’s eerie and surprisingly electronic dub score, the overall effect is that of a kitchen-sink docudrama more interested in painting a picture than telling a story. The effect falls apart somewhat in the conclusion’s panicky violence, which seems forced, but it remains a sometimes hypnotic immersion in a schismatic time and place where music is both a source of comfort and a tool for uprising.

Much of the lore of Babylon seems from its controversial past. Originally written as a TV play in the mid-’70s, the movie premiered at Cannes in 1980. But the incendiary subject matter—most particularly a vengeful murder of a white man—made it seem to censoring authorities like the kind of tinderbox-lighting cinematic bomb that a racially discordant England could not abide. The rest of the world followed suit, with the movie only getting a brief Canadian release. Of course, the very things that made the movie seem so dangerous at the time — its ability to illuminate the vibrant culture and resistance of a brutalized class — were exactly the reasons that it should have been released.

Coming out now, in the shadow of Brexit-era England convulsing yet again in economic anxiety and reactionary populism, Babylon seems like less of a time capsule than a warning.