By 1984, pop music’s Bananarama were already stars in their native Britain alongside such contemporaries as Duran Duran, Culture Club, and Spandau Ballet. Since their 1982 collaboration with the Fun Boy Three on “It Ain’t What You Do”, the trio of Keren Woodward, Sara Dallin, and Siobhan Fahey racked up a string of pop hits on the UK charts, including “Shy Boy”, “Na Na Hey Hey Kiss Him Goodbye”, and “Robert De Niro’s Waiting…” But despite those successes, Bananarama had not yet scored their first American Top 40 hit. That changed, however, when the buoyant and bittersweet pop song “Cruel Summer” — which had previously appeared on their self-titled second album — was included in the popular movie The Karate Kid, released in June 1984. Accompanied by a video shot on location in New York City, “Cruel Summer” became Bananarama’s American breakthrough, peaking at number nine on the Billboard charts.

Thirty-five years later, Woodward recalls fondly of when the group finally entered America’s public consciousness. She had no inkling at the time that the song was going to take off as it did. “It was quite an exciting moment for us,” she tells PopMatters. “All we ever wanted to do was get to New York. We went and did the video in New York, not really thinking that it was going to be a hit in the States. Of course, it was put in The Karate Kid, and it was a hit. We weren’t there really promoting it. It was exciting. It’s a really big deal to have a hit in the States.”

“Cruel Summer” remains a beloved song that Woodward and Dallin as Bananarama still perform to this day at their concerts. Long after the decade of big hair and stylish fashion, Bananarama continue to tour and make new music, as evident on their latest record In Stereo, which was recently released in the US. A very dance- and electronic-oriented pop work, it is Bananarama’s first new studio album in 10 years.

“We were concentrating on the live side of things,” Woodward explains of the hiatus between albums, “which takes quite a lot of time. But we’ve always loved songwriting. Apart from doing the shows, it’s a part of the job that I love best. We didn’t have a [record] deal at that point. In order to continue having as much control as we like, it was quite a good way of doing things by putting it out ourselves.”

Working with producers Ian Masterson and Richard X, Bananarama have crafted an album in which almost every song has radio-friendly appeal, such as “Love in Stereo” and “It’s Gonna Be Alright”. “We were very true to our strengths in some ways,” says Woodward. “Sara and I love melody and harmony. On this album, there was not one point where we thought, ‘Let’s try to do a song like so-and-so.’ We just wrote for ourselves.”

One of the first singles released from the record was “Stuff Like That”, a sort of musical homage to the past, says Woodward. “Most of the songs have a sort of story to them in something that happened to us in our recent years, relationships, or non-relationships. “Stuff Like That” was written with a nod to Sara and I being at school discos together. We didn’t want to do anything too retro or a pastiche of anything. But I think if you listen to “Looking for Someone”, you could almost hear us do a nod to Blondie, whom we loved growing up. Sara and I were at school together since we’ve been four. So we’ve always liked some of that stuff.”

While In Stereo represents how much the group has musically evolved since the 1980s, it retains Bananarama’s successful template of their blended vocals and catchy pop hooks. “People wonder at it, but it’s just what we do,” Woodward says. “We’ve done it for such a long time. We’re very in tune with each other when we sing. We do loads of different harmonies and singing different parts. But put together, it’s always been Bananarama. It may be the styles of songs we write. In some ways, they’re quite traditional pop songs. I don’t know how to write or to be anything other than Bananarama-ish (laughs) because that’s who we are.”

It’s those qualities that have characterized Bananarama’s long career since the group formed in 1981 in London. Both Keren Woodward and Sara Dallin were already childhood friends when they met Siobhan Fahey. “We got a flat together with Siobhan, and we started at that stage living and working together,” Woodward recalls. “We were all incredibly shy. I think chemistry is us looking at each other in trying to reassure each other.”

Despite their pedigree in pop, the original trio got their start during the post-punk era; former Sex Pistols drummer Paul Cook produced Bananarama’s first single, a cover of Black Blood’s “Aie a Mwana” and sung in Swahili. “Sara and I were teenagers,” Woodward recalls of the late 1970s and early 1980s. “We had no money, and we had to go through ‘punk’ school. We ended up living in the rehearsal room that used to be the Sex Pistols rehearsal room at Malcolm McLaren’s office. So we had this sort of interesting beginning. It was always sort of spontaneous jumping up the stage with people and not thinking of it as kind of any career. We didn’t want to be famous. We just loved the music and excitement.”

What sets Bananarama apart from previous girl groups before and after them is that they were always involved in the creative process throughout their career, which writing most of their songs and were working with hit producing teams like Jolley-Swain and Stock-Aitken-Waterman. “We were always used to making our own decisions, for the most part, taking advice here and there. It never worked having a management style where someone would try to tell us what to do. It’s never been the sort of group that we are. People wouldn’t think you are a proper band [because you’re a female vocal act]. We really fought against that because we’re slightly surly and miserable (laughs). Because we were having too much fun, people saw us as real airheads. You get to the point where ‘I don’t care what people think. It’s great music. We’re having fun. So what?'”

From 1981 to 1984, Bananarama released a total of 13 singles, with six of them reaching the British Top 10. Following the breakthrough success of “Cruel Summer” in 1984, the trio returned to the US charts two years later with their dazzling cover of Shocking Blue’s “Venus”, which went to number one; it was the trio’s first collaboration with Stock-Aitken-Waterman. “We always thought it was really great to record,” Woodward says. We just heard the Dead or Alive record, “You Spin Me Round”, which was one of the first hits that Stock-Aitken-Waterman had. We said to the record company and said, We want to work with them and want to do Venus. It was a bit of a fight. They said, ‘You can’t have guitars,’ and we were like, Why not? Why can’t you have guitars on that sort of song?’ Anyway, they succumbed. It’s such a great track.”

More hits followed, including “Nathan Jones”, “Love in the First Degree”, and “I Heard a Rumour”. After the departure of Fahey in 1988, Woodward and Dallin soldiered on, first adding Jacquie O’Sullivan and then later continuing Bananarama as a duo. “We did the reunion tour with Siobhan here [in the UK] and in the States [in 2017],” says Woodward, “because we’ve never done that with her. That was a proper stroll down memory lane and a celebration of those times. I’ve had no illusion that the 1980s were our heyday in lots of ways. It was so relentless in the 1980s. There was a huge amount of pressure to have hits everywhere and to work yourself into the ground because we were girls, and there were photoshoots, videos interviews. It was such a whirlwind, that as much as we did have fun, it wasn’t much fun (laughs) without the pressure of it.”

But Bananarama survived through changing trends for the next three decades, and their legacy had already been assured—Guinness Book of World Records reportedly ranked them as the most successful female musical group in the world with the most charting singles. As for their recent activity, the duo had been touring since the beginning of the year for In Stereo. And in about two years, Bananarama will turn 40 years old.

“I remember being young and thinking, ‘I can’t possibly be doing this in my 30s. What am I gonna do then?'” Woodward says. She later adds: “Most bands break up because of internal disagreements or wranglings. It’s a very tough and closed environment to work in. For Sara and I, that’s not really going to happen. The fact that we’ve been friends for 50 years, the fact that we work and choose to spend time together — it’s normal for us. To get to 40 years, that’ll be a party worth coming to.” 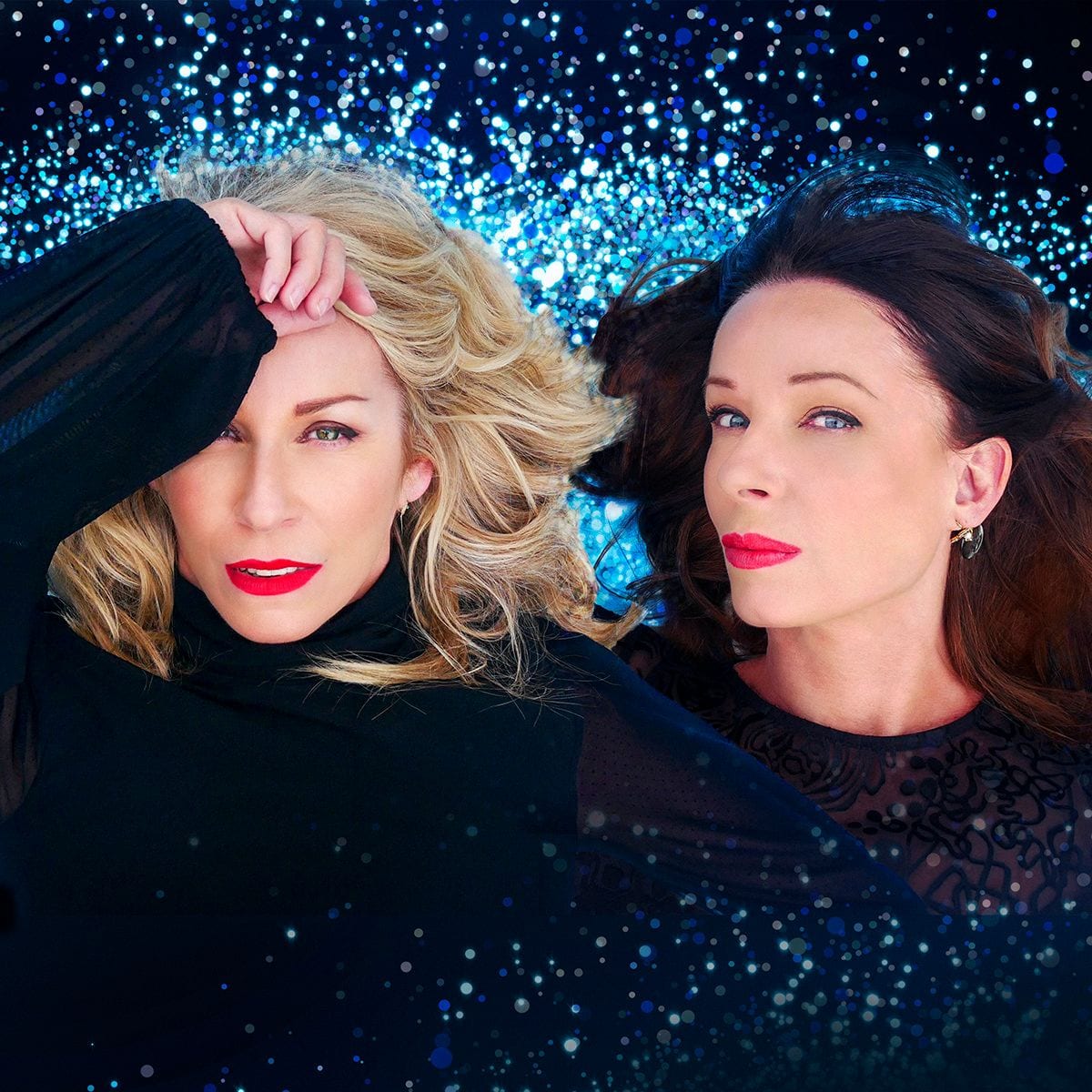