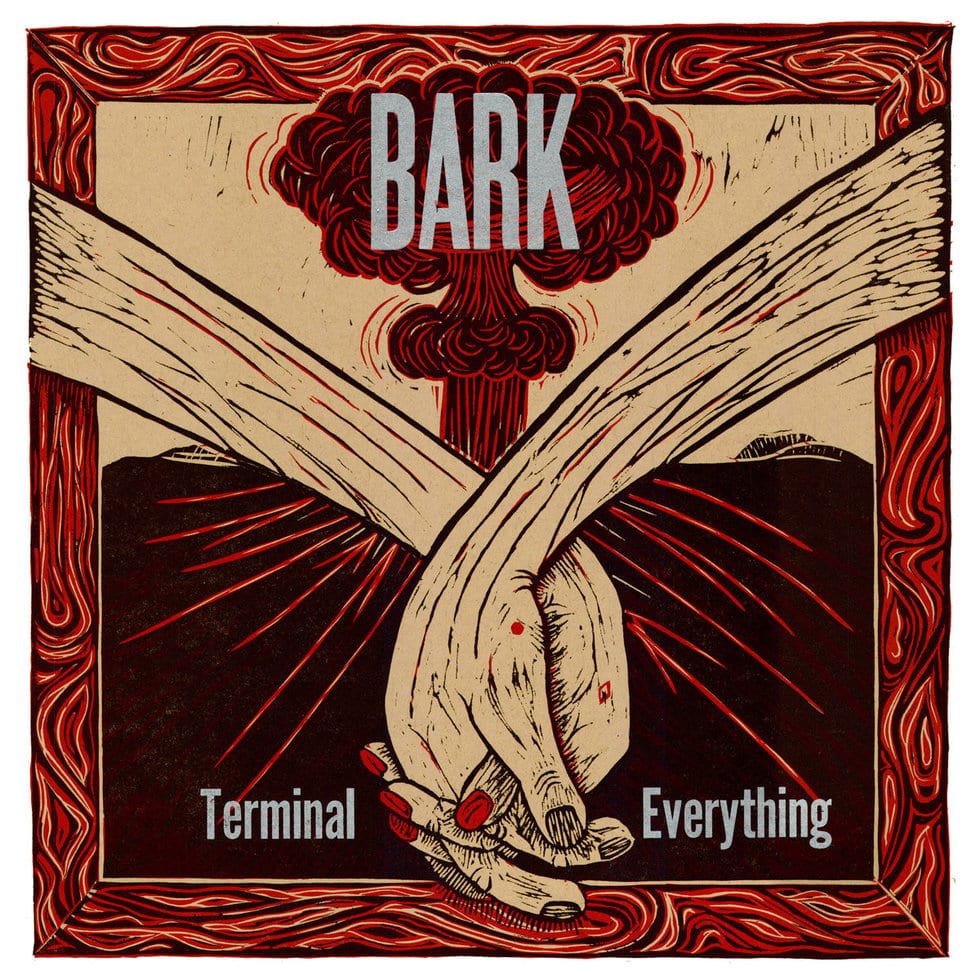 The past year has been hard on husband-wife duo Tim and Susan Bauer Lee, who record together as Bark from their home base in Knoxville, Tennessee. Both have lost parents — one after a long illness, another suddenly — while seeing numerous friends from their extended musical family pass on. Add to that, the longtime animal activists and rescuers of basset hounds also lost a couple of beloved members of their canine family. Hell, even Kristi Larkin Havens, who wrote the excellent notes that accompany their latest record, Terminal Everything, went and died before the album got released.

This is a record that could be forgiven for wallowing in loss or self-pity, but instead, the Lees stubbornly embrace life, creating an uplifting-despite-the-times record meant to be played loud and probably while on the way to a party. Bark consistently produces the kind of swamp blues that makes you want to move either bodily or through unknown patches of geography in search of new experiences.

The album opens with upbeat notes amidst somber awareness: “Walk Small” reflects upon the crippling effects of loss that knocks us down a couple of pegs. “We thought we were the big dogs,” Susan sings, “We thought we were in charge,” acknowledging just how unsettling mourning a lost loved one can be. No matter how on top of things we might be at any time, the cruel realities of life can bring us crashing down. That’s a sentiment amplified in the bittersweet “This World” where Tim sings of receiving yet another phone call reporting “news of the loss of yet another loved one”, leading the duo to conclude, “this world just wants to break my heart.”

But the Lees are hardly down for an eight-count, and their music stubbornly reaches out for the persistence of life and love amidst all the loss. From expressions of heartbreak, they quickly turn to a rocking realization that life is what you make of it, and they have “Nothing to Complain About”. Then, in “The Good Part”, they reflect upon “the hell of a ride” that their over 35 years together have produced, concluding, “We haven’t even gotten to the good part yet.” Life is loss, but that’s because life is love, and if we’re still breathing then we still have a chance to experience and to create the beautiful things that make life worth celebrating.

Speaking of creating beautiful things, the packaging of Terminal Everything is worth special mention. From Susan’s linoleum-cut front cover print art to the overall presentation, the folks at Striped Light, who produced the package, have created a handsome piece of consumer art. It all amplifies the music’s message that there are pride and pleasure in producing something of quality. The creative act is one, as much as if not more even than the reproductive act, that reminds us just how alive we are.

The best life is that which is lived to its fullest. However one defines it, these songs remind us, and just because everything ends is no reason to dwell in self-pity or to hide from reality. This record could be a rocking self-help guide to how to stay sane in 21st-century America. “Big Ol’ Party”, which features some slide guitar slayage from Josh Wright, offers sage advice that we should all “throw a big ol’ party” and “do it before it’s too late” because we owe it to those we love to “show ’em just how we feel”. They imagine the party crossing over into the afterlife, where our loved ones and even our dogs wait for us in anticipation of the biggest blowout on either side of the rainbow bridge. Their formula for the end of the world, as expressed on “Apocalypse Shimmy”, is the same: throw a party and dance the world away. The song even features a surprising, awesome rap interlude from Knoxville’s Black Atticus, because, hey, it’s a big world full of amazing sounds and we shouldn’t build walls around any of it.

Bark’s songs remind us to appreciate what we have but to keep on reaching for something more, and that’s not to be confused with the material world. This is secular music for the spirit. We have only this life, and these songs remind us, so we owe it to ourselves to fill it with weird people, drooling animals, legendary parties, crazy art, and loud music. In short, Terminal Everything is a testament to living life to the fullest and without regrets.