The Batman character, with a storied legacy dating back to 1939, remains ridiculous as a concept. Consider it: alter ego Bruce Wayne is a rich, emotionally arrested boy-man who decides, due to childhood trauma, to dress up in an absurd costume, brood in a cave of high-tech toys, and trawl Gotham City looking for trouble as its self-proclaimed vigilante protector. Through this lens, it’s astounding Batman has endured as a cultural institution at all. Though it does explain why his films, from Tim Burton’s 1989 film, Batman to Joel Schumacher’s 1997 Batman & Robin, became increasingly arch—how could they not?

Of course, if Batman is taken too far in the opposite direction, a different problem looms. In Christopher Nolan’s trilogy Batman Begins, 2005; The Dark Knight, 2008; The Dark Knight Rises, 2012), we’re presented with a grim—and at times airless—crime spectacle that never quite escapes the shadow of its most pointed question: Why so serious? Sure, they’re supposed to be dark films, but one can’t help but laugh.

So then, excessive camp or ponderous gravity—what’s a Bat-film to do? Fortunately, an answer already exists in Batman: Mask of the Phantasm (Bruce Timm and Eric Radomski, 1993). Released 25 years ago this Christmas, the film remains a powerful and vital animated masterwork. It also happens to be the only Batman film to successfully strike a balance between the character’s two extremes.

Despite its Saturday morning cartoon origins, Batman: Mask of the Phantasm (hereafter Phantasm) is shaped by darkness. As with their TV series (Batman: The Animated Series, 1992-95), Timm and Radomski crafted Phantasm‘s cartoon universe with a literal heart of darkness, using light colours on black paper—rather than the reverse—to lend it atypical weight. Meanwhile, owing to Batman’s Golden Age origins, the film’s production design is ripped straight from the ’30s, with a blend of art deco and gothic touches. When combined with Batman’s futuristic toolset, the film’s world is a fantastical, yet realistic-seeming place.

This potent mix extends to Phantasm‘s characters too. While those early Batman films of Tim Burton (Batman; Batman Returns, 1992) and Joel Schumacher (Batman Forever, 1995; Batman & Robin) fail to pinpoint who exactly Batman is, ceding the foreground to his villains, Phantasm has it both ways. This Batman (a pitch perfect Kevin Conroy) is a man of wants, needs, and, most importantly, doubts. Bruce’s past, including the story of how his parents were killed, is a given—because who doesn’t know by now—but it is also hangs over the film like a noose. It’s the legacy Bruce is trying to escape; especially upon meeting, and falling in love with, Andrea Beaumont (Dana Delany), a complicated character in her own right—presented here as the one who got away. God love them, but Nolan needed three films to build this kind of emotional resonance for his Batman.

As with the Nolan films, Phantasm is structured in part around the Gotham City underworld. The film’s trio of gangsters—Chucky Sol (Dick Miller), Buzz Bronski (John P. Ryan), and their de facto leader Salvatore Valestra (a magnificent Abe Vigoda)—have a lock on power, using it to control both Andrea’s father Carl Beaumont (Stacy Keach) and city councilman Arthur Reeves (Hart Bochner). They’re also why the mysterious Phantasm, the spectral villain of the film, is in the scene at all. While this nouveau grim reaper is straight out of a comic book—with powers that are never really explained—the character’s symbolic value, as a self-described angel of death, is overwhelming. As we learn from the Phantasm, these men have to pay for what they’ve done to the Beaumonts, which in this case involves the usual terms: money owed, and “interest compounded in blood”.

That Phantasm is able to make this narrative not ridiculous or overly familiar is an achievement. With a script from Alan Burnett, Paul Dini, Martin Pasko, and Michael Reaves, the film does this through a canny use of time. It laces together flashbacks of Bruce and Andrea’s romantic courtship with the eventual criminal fallout, linking the former’s burgeoning hope with the latter’s ominous fate. Through the same process, we see the film’s gangsters warp with age, glean snapshots of Carl Beaumont’s faltering stature, and track Reeves’ ambitious rise in Gotham City. In all, Bruce is forced to sort through his feelings about these other characters as both a personal reckoning and to solve the film’s central mystery.

Even with these emotional machinations however, Batman still gets to be Batman in Phantasm. He uses his detective skills, he fights, he leaps from buildings—the film even grants him the opportunity to use his Batmobile, Batwing, and Batcycle. While Bruce’s origin doesn’t get a full re-run, we do learn of his beginnings, before the Bat iconography is put in place, when he was struggling to become the hero he was meant to be. But Phantasm doesn’t lose itself to myth-making, and it certainly doesn’t turn itself over to empty displays of goofily-specific technology. Instead, the film couches Bruce’s embrace of Batman’s darkness in his own heartbreak. What else could make him double-down on the vow he made to his parents, but losing the love of his life? 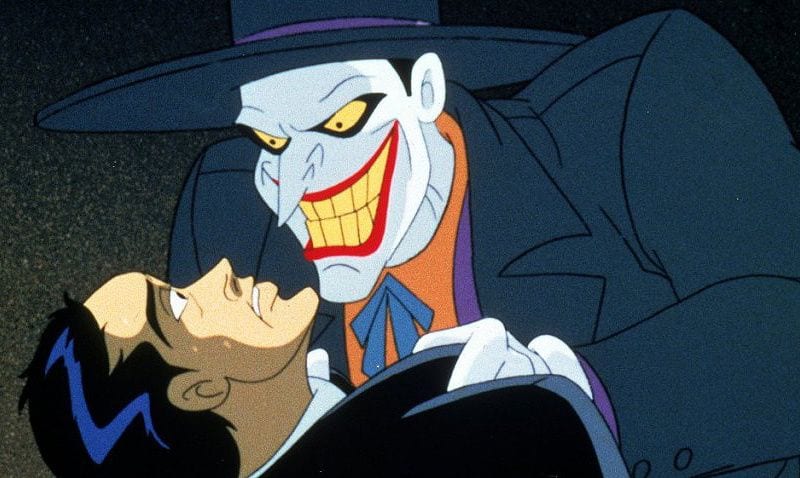 And if that’s too much melodrama, Phantasm has an ace-in-the-hole: the Joker. As the long-time voice of the character, Mark Hamill turns in a career best performance, lighting up the screen in the film’s second half with absurd humour, reckless energy, and a real sense of thrill. Hamill’s Joker is campy in his way, but he’s also presented with a genuine edge. After Jack Nicholson’s hammy performance in Burton’s Batman, and well before Heath Ledger’s Oscar-winning role in The Dark Knight, Hamill gets the Joker’s balance (or imbalance) exactly right. Indeed, Phantasm figures out a way to introduce the character in a mere two-shot reveal—an origin story in miniature, where Burton needed half a film to achieve the same.

Indeed, Phantasm reveals all of its story—Bruce’s journey of self-discovery, his romance with Andrea, its background gangster intrigue, the mania of the Joker—in less than 80 minutes. Yet despite this density, the film never shortchanges any one of its elements. Each character, from dutiful Alfred (legendary Efrem Zimbalist, Jr.) to the wheezing Sal Valestra, has their part to play; while the setting, structure, and production design work together to support the ensuing narrative. The storytelling economy becomes, in fact, the film’s most crucial aspect.

For proof, look no further than the film’s conclusion. Reiterating Phantasm‘s theme of dark-side doubling, the climax features Batman, the Phantasm, and Joker in a confrontation at the decayed remains of Gotham City’s World’s Fair—specifically, the World of Tomorrow. Of course, the promise of “tomorrow” for these three characters is loaded with sadness — and insanity. As seen in flashback however, it was once a place of optimism, one where Bruce and Andrea could glimpse a bright future together. That the space is now a vast wasteland plays like a cruel joke. It also provides a forum for an emotional payoff bigger than the bombs Joker eventually sets off, a payoff in which Batman’s victory is Pyrrhic.

Still, by the time Batman glides across the night sky to close Mask of the Phantasm, we understand who he is, his renewed life’s purpose, and the world in which he exists. In this way, this animated film puts to shame the zany antics of those earlier ’90s-era Bat-films, and foretells all the grinding work of the later Dark Knight trilogy. Packaged as a lean cartoon for kids, this is Batman in all his operatic glory, viewed from the heights of his city, straight through to the depths of his shadowed soul. Through this lens, it’s easy to see why Batman has survived for almost 80 years as a cultural force—ridiculous concept and all. 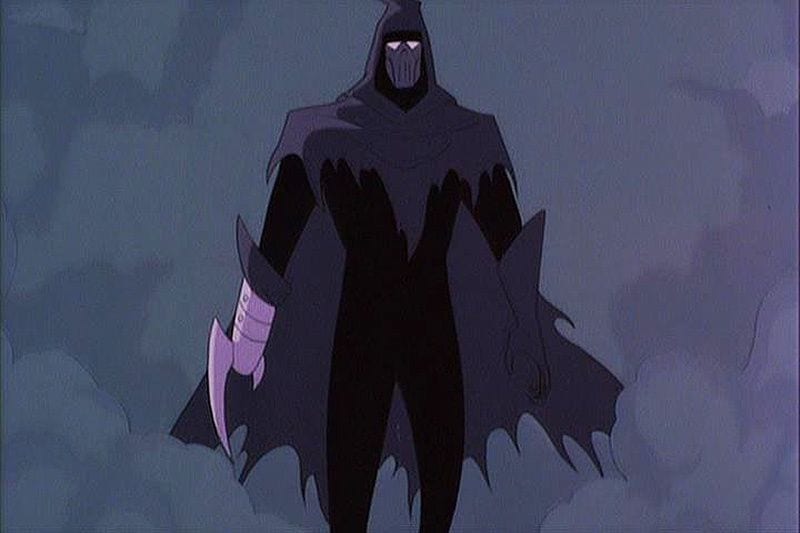