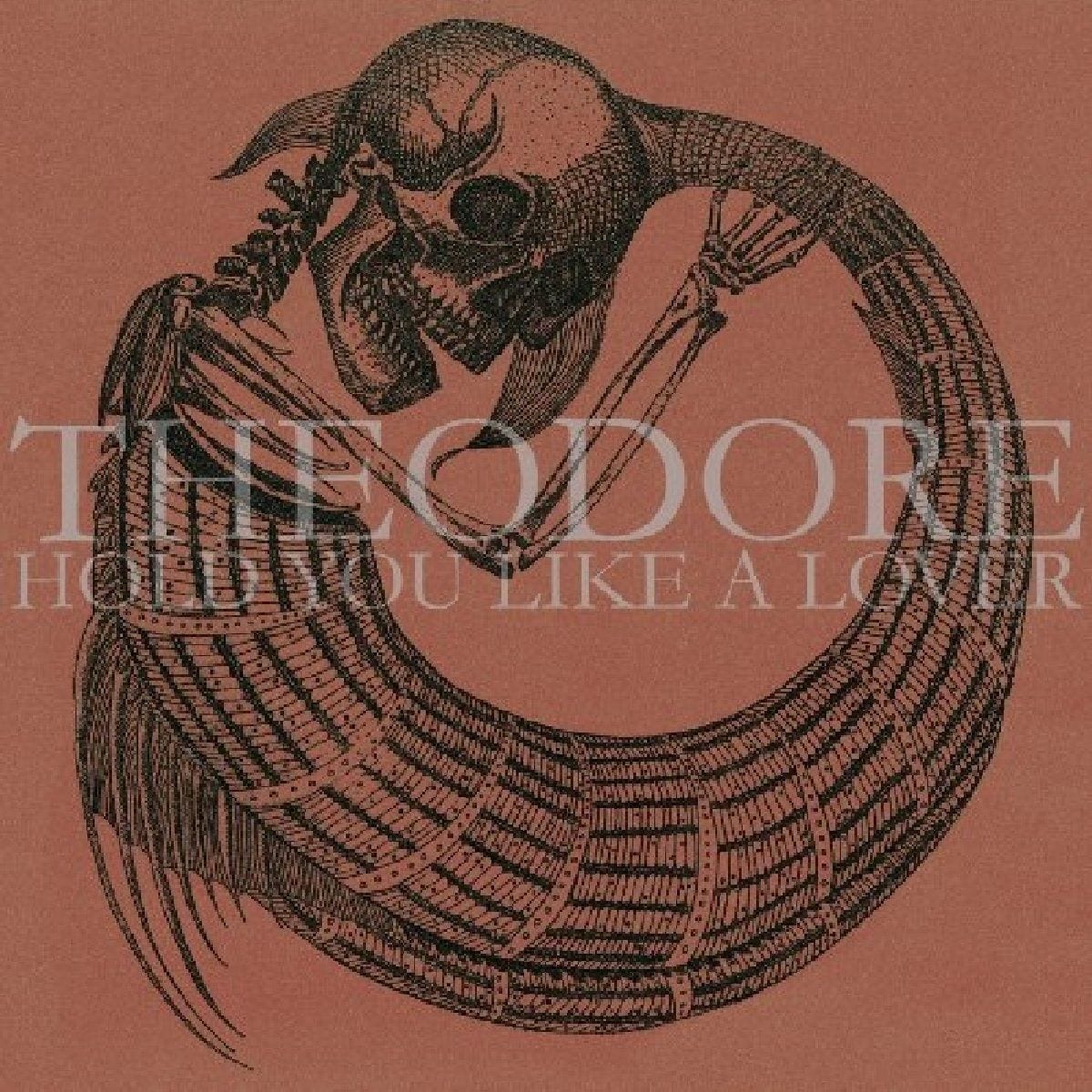 Theodore, a quartet from St. Louis, combine effects-heavy guitars, upright bass, flanged-out harmonica, and mariachi trumpet into a singular altered-state twang. From an area rich in alt-country history — Jeff Tweedy and Jay Farrar grew up just down the road — the boys in Theodore make a play for the national scene with Hold You Like a Lover, a hypnotic set that melds country, blues, and jazz into complex characters at war with themselves in a heartland of darkness. 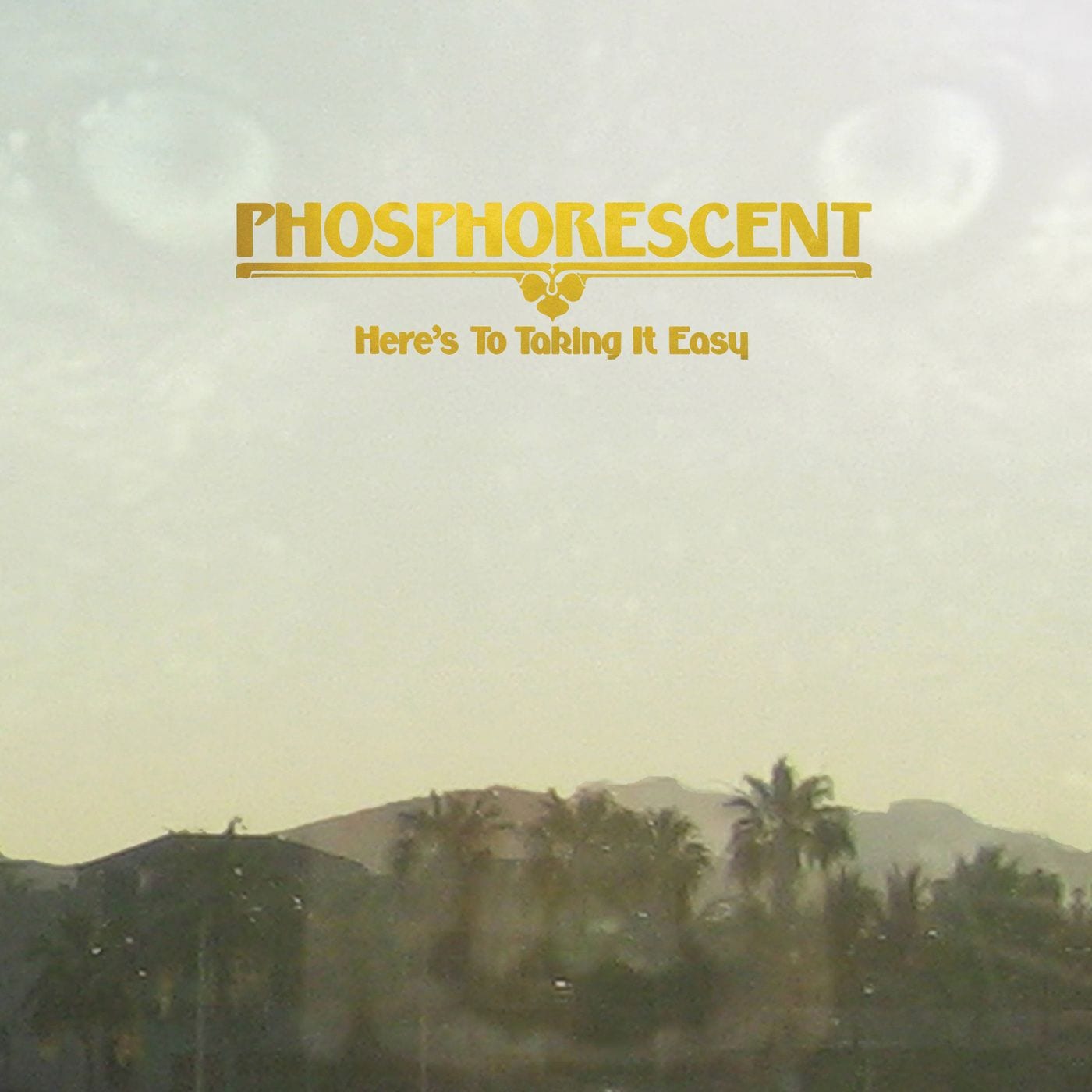 Matthew Houck may be into taking it easy — he proved it on last year’s chill-pill tribute to Willie Nelson — but his new record sounds like his most earnest effort yet, as he works his rippling lo-fi indie-folk into a dense froth. This thoroughly entertaining stew represents Houck’s furthest foray into sun-baked country rock, drenched as the songs are in twin-guitar reverb and thick washes of pedal steel. Houck lends his casual vocal warble over shaggy road songs and blissed-out drifters, favoring repetitious song structures that are as much Blonde on Blonde as Red Headed Stranger. 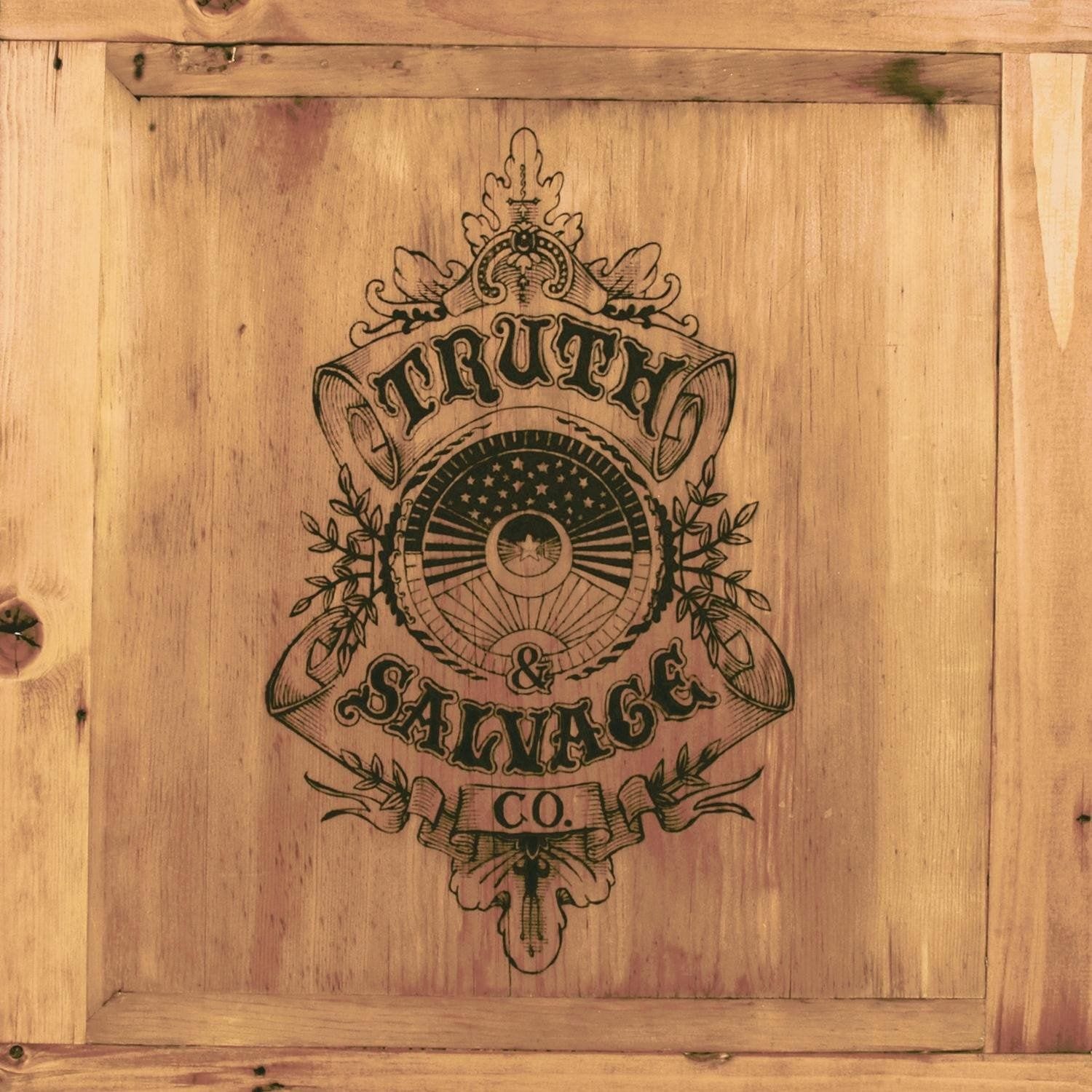 With the Black Crowes announcing a long-term hiatus, Truth & Salvage Co., based on their hook-filled debut album, are the most promising applicant to fill the void. After all, the record was produced by the Crowes’ Chris Robinson, and it contains all the hallmarks of patchouli-scented classic country-rock, shambling along the middle ground between Eat a Peach and Music from Big Pink. Originally from North Carolina and now based out of LA, you can hear both locales in these songs — ’70s canyon-folk harmonies couple-skate with southern-rock melodies, all threaded with deft, intuitive playing on one first-rate song after another. 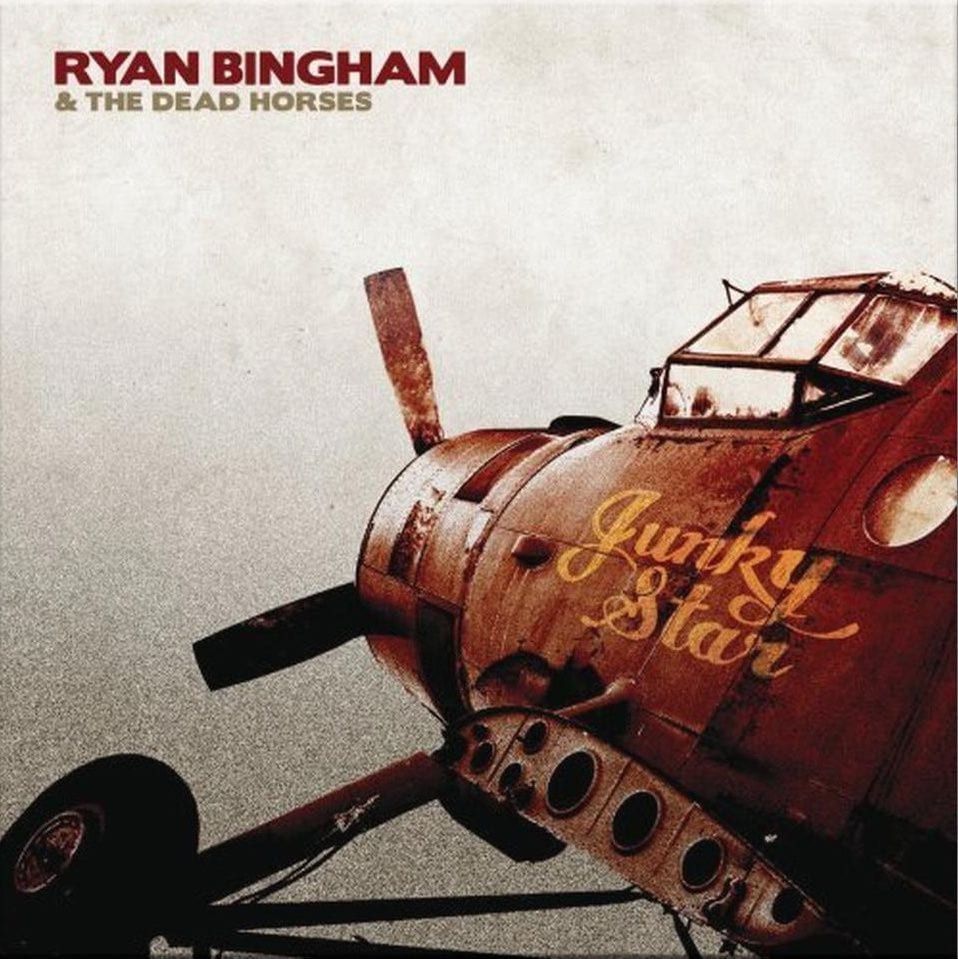 After winning the Oscar for “The Weary Kind” from last year’s Crazy Heart, Ryan Bingham‘s skyrocketing profile had him primed for the big-time, fully licensed to capitalize with a commercial monster. We should have known that the scrappy West Texan songwriter would go the other way. Sticking with his Crazy Heart collaborator, T Bone Burnett, Bingham returned with a batch of desolate songs about lost souls wandering through the witching season. On Junky Star, Bingham’s scratchy voice is a marvel — both muscular and deceptively poised on these dream-logic narratives. Backed by rolling acoustic guitars and stark harmonicas, Bingham settles into the role of the rambling searcher, whispering in the elements, the poet who sees the world — the lonely and the wasted — and writes it all in his own blood.

6. Ray Wylie Hubbard – A. Enlightenment B. Endarkenment (Hint: There Is No C) [Bordello] 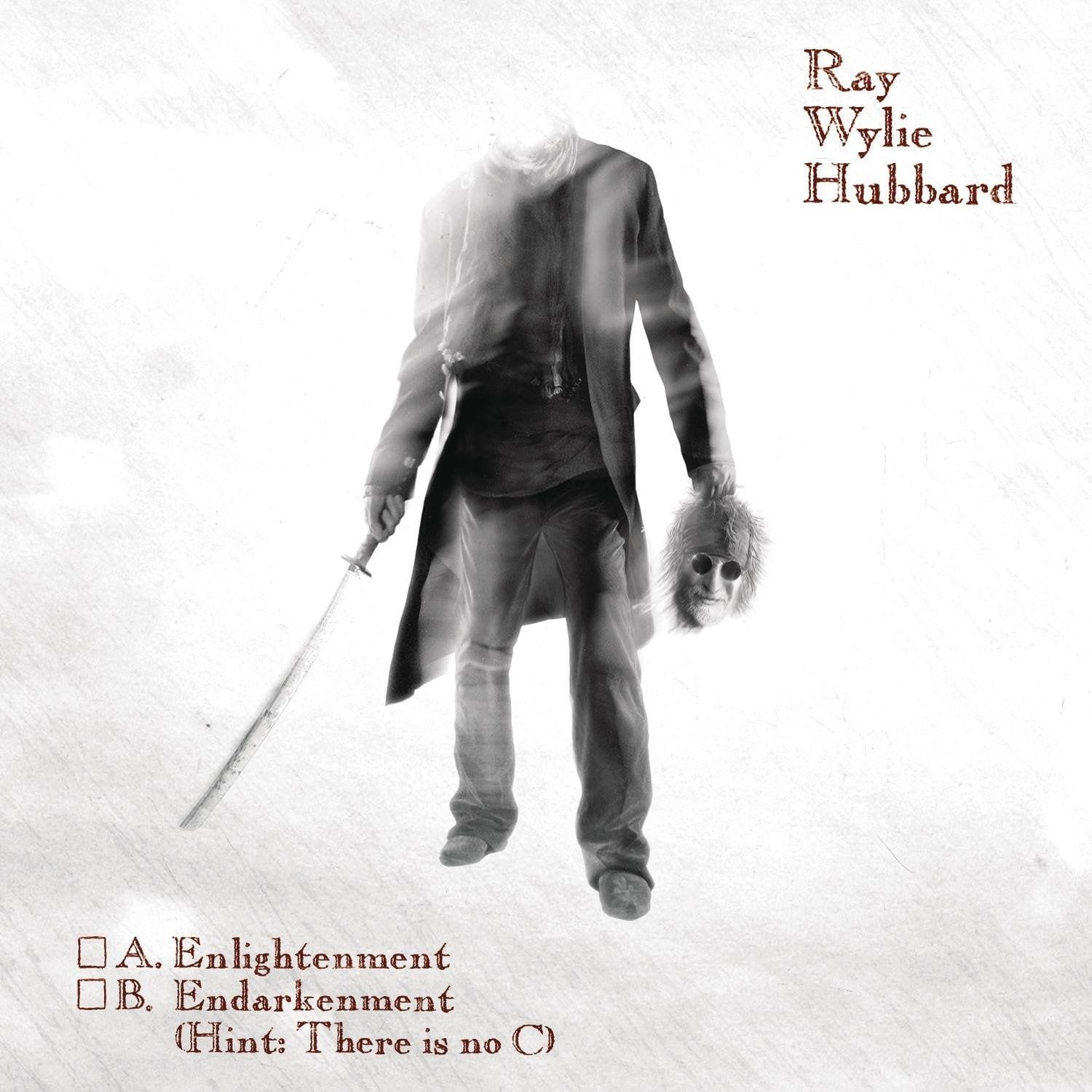 At age 64, underappreciated Texas mainstay Ray Wylie Hubbard has lost none of his vigorous rascality. Hubbard’s new album is unremittingly raw-boned, containing every bit of the adroit wordplay that we’ve come to expect from a visionary songwriter but with twice the sting in his coiled brand of country-blues. Heavy on kitchen-sink noise-folk, Hubbard stomps and yelps and snarls, conjuring an inferno across a Delta of apocalyptic reckoning. With one boot in the squally afterlife, one boot in the riotous roadhouse, and his hips in the carnal kitchen, 2010 marks another high-water mark in roots music’s greatest comeback run. 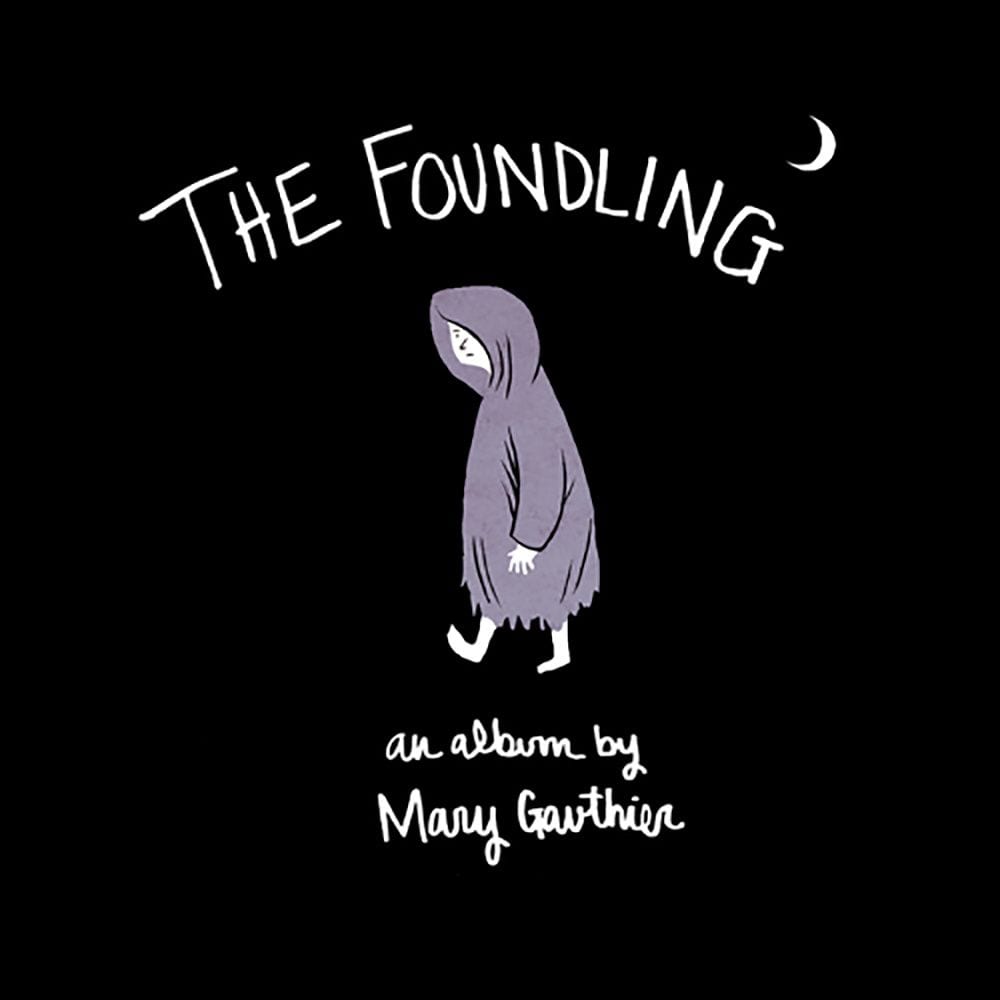 The Foundling marks both a departure and an artistic landmark for Mary Gauthier, who turns her country-noir lens inward, penning a mesmerizing song cycle about her childhood as an orphan and her inability to reconcile with her biological mother years later. Using stripped, mostly acoustic backdrops, Gauthier dials back her trademark drawl to execute her loveliest songs ever, like the slow country shuffle of “Sweet Words” and the haunting “Mama Here, Mama Gone”. As bleak as it sounds, the record is uplifting (and occasionally uptempo), as Gauthier’s intelligent musical memoir ultimately results in a deeply felt catharsis. 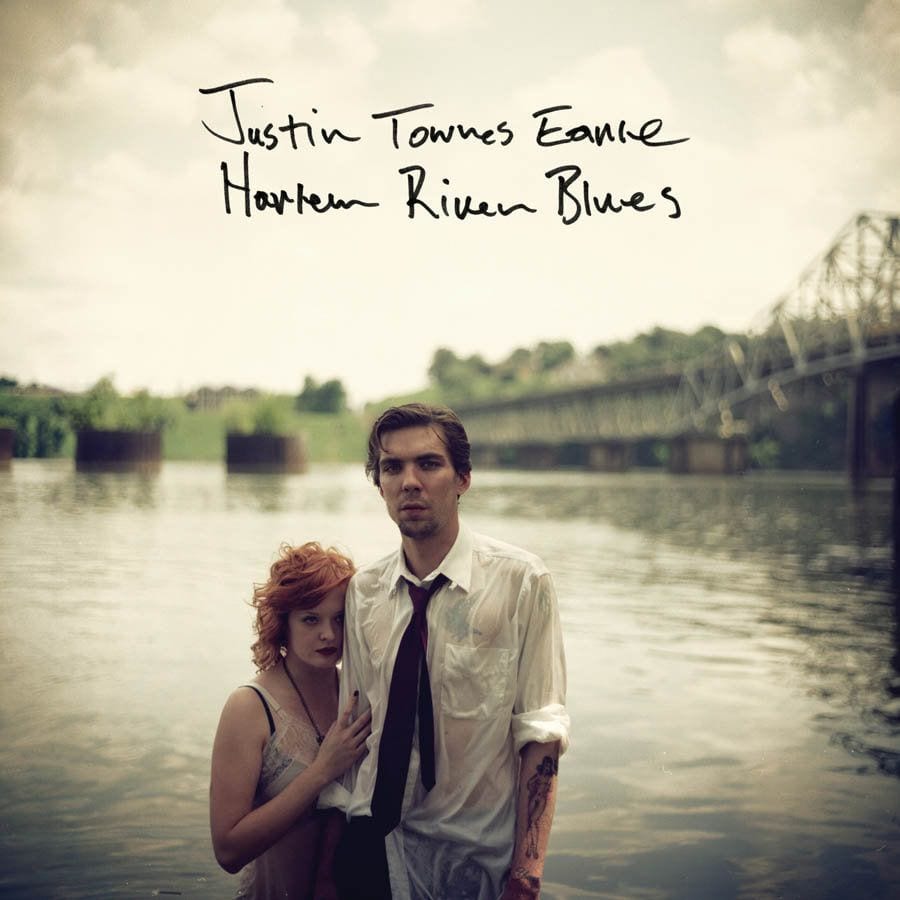 The son of one iconic songwriter who named him after another, Justin Townes Earle has inherited both the talent and the demons that you’d expect. Working fast, Earle has released four albums in as many years, and this year’s Harlem River Blues is the 28-year-old’s most impressive collection to date, a remarkable series of songs that showcases a writer of preternaturally keen melodic and lyrical instincts. The title cut is the catchiest suicide note ever written, which itself previews the rest of the record’s mix of demoralized underdogs and wily romantics. The instrumentation everywhere — brushed snares, steel guitars, fingerpicked guitar, piano — is arranged with decorous restraint, pushing Earle’s voice up front on ten songs that every other songwriter out there wishes to have written. 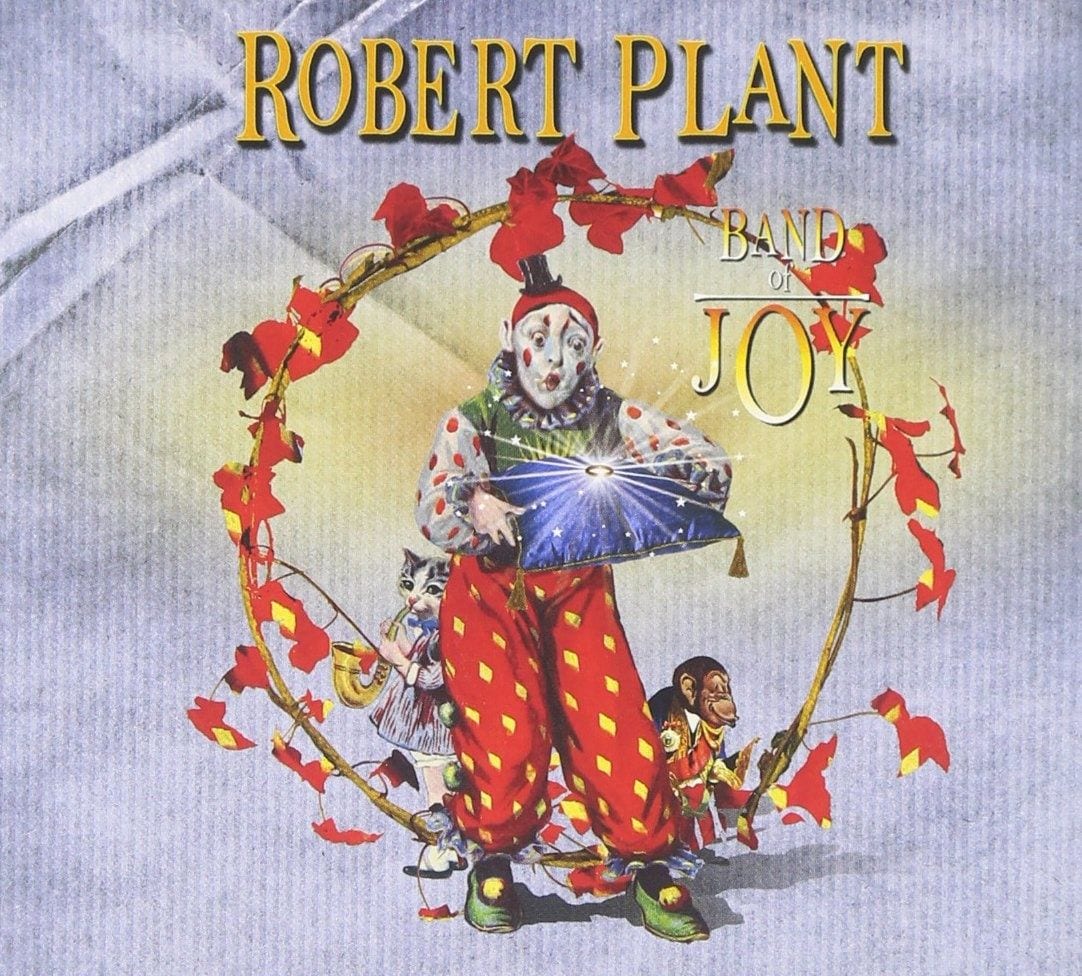 When plans for a sequel to Raising Sand, Robert Plant‘s Grammy-winning album with Alison Krauss fell through, Plant turned to Raising Sand guitarist Buddy Miller to produce a separate set of roots songs, this time with harmonies from Patty Griffin and a band of ace players alongside Miller, including multi-instrumental ringer Darrell Scott. With Miller’s impeccable taste and his encyclopedic knowledge of roots music, Band of Joy oozes with almighty musicality. Plant sounds loose and inspired, ranging from romantic croons (“Falling in Love Again”) to goth-roots murmurs (“Silver Rider”) to bluesy strummers (“Central Two-O-Nine”). Chalk it up to a genuine revival for Plant, one rock legend who has found a way to negotiate the burdens of his glorious past by embracing the sublime sounds of another.

2. John Mellencamp – No Better Than This [Rounder] 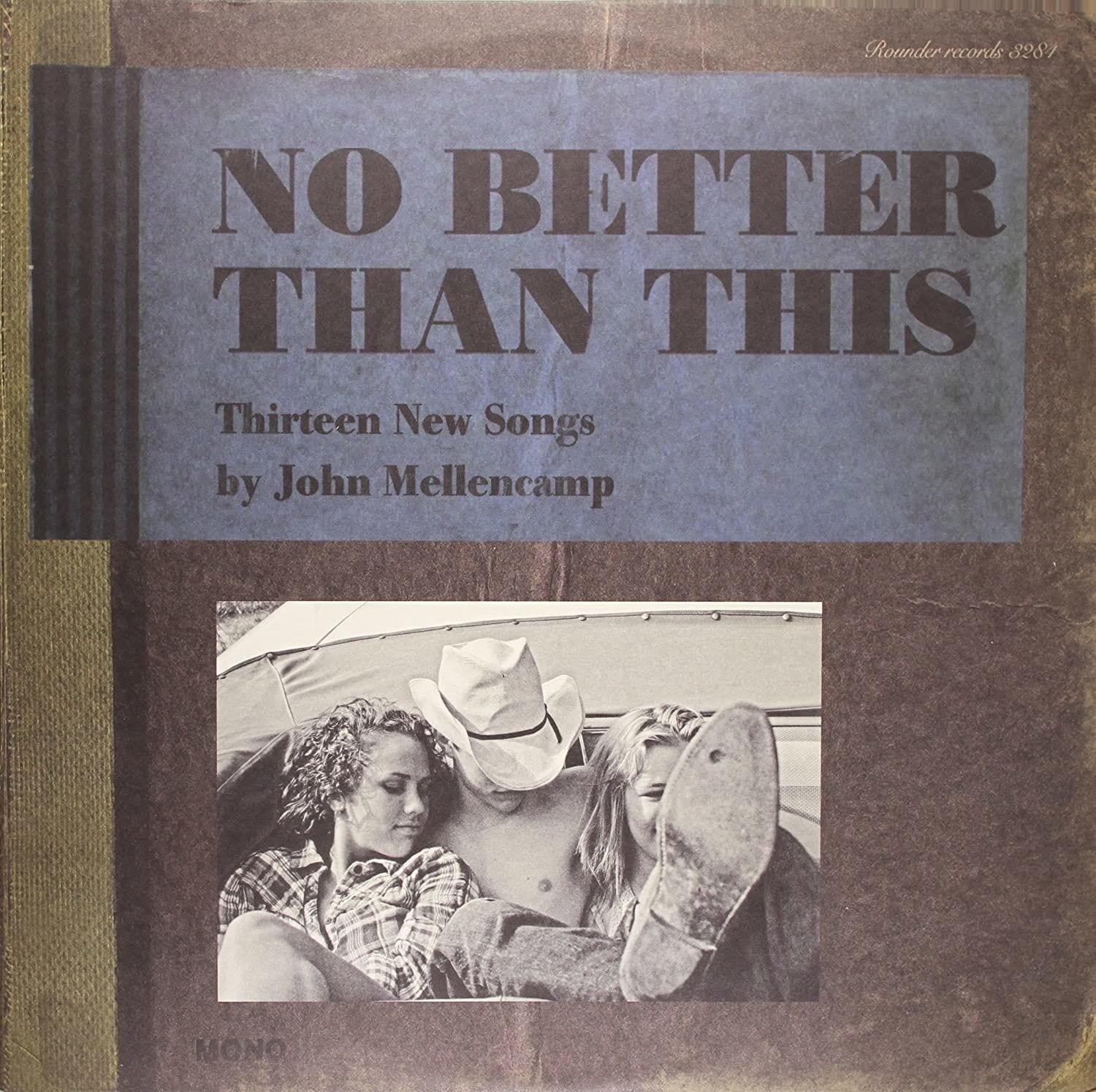 John Mellencamp never wanted to be no pop singer. Of course, he became one anyway. But after decades as a hall-of-fame hitmaker, Mellencamp has, for three albums over four years, been peeling back the sonic layers to become a scorched-earth folk singer. 2008’s Life Death Love and Freedom, produced by T Bone Burnett, was Mellencamp’s leanest and best album in forever. Now, No Better Than This goes even further, as Mellencamp and Burnett go ghost hunting at Sun Studios, a historic church in Savannah, and Robert Johnson’s hotel room in Texas. The singer’s lived-in rasp is a perfect match for the vintage recording technique, everything cut live and recorded on reel-to-reel tape with no overdubs. Mellencamp’s new originals songs are also terrific, making for a rewarding set of blues, rockabilly, swing, and folk songs about fighting for dreams amid dark realities. Ain’t that Americana? 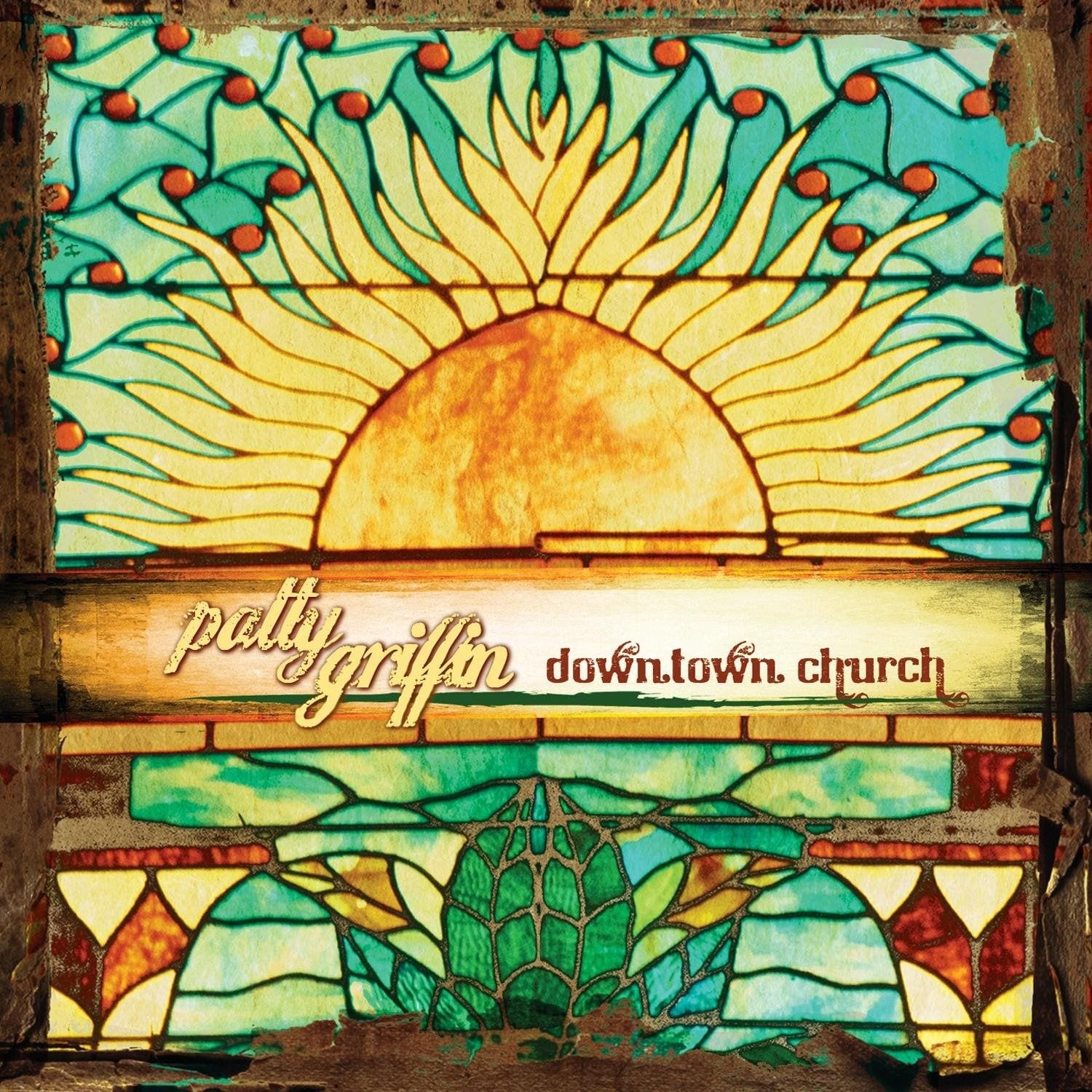 It was a peculiar idea: place Patty Griffin in a historic church in Nashville with producer Buddy Miller to sing a set of old spiritual songs. A Patty-goes-gospel project worried some. Had she found Jesus? Writer’s block? No, she just trusted that her Buddy would lead her to Downtown Church‘s extraordinary results. By toggling between lovely, tranquil meditations (Hank Williams’ “House of Gold”) and raw, crackling stompers (“Move Up”), the album is astounding from start to finish and across a range of spiritual searches and musical styles. It’s also Griffin’s finest vocal showcase ever, from the anguished soul of “Waiting for My Child” to the rafter-raising “If I Had My Way”. And you can’t keep the songwriter at bay either: the album’s two originals — “Little Fire” (with Emmylou Harris) and the stunning “Coming Home to Me” (with Julie Miller) — gorgeously fill out one of the year’s most moving and exquisite listening experiences.

2010 was a splendid year for Americana releases; then again, that’s something you can say about any year given the sprawling range of sub-genres under Americana’s vast umbrella, a point reinforced again by the year’s Top Ten. If there was a single defining trend in 2010, it was that things got even more vintage than usual; in some cases — as with T Bone Burnett‘s analog fetish — a precise simulacra of yesteryear. But other roots artists got hazy as well, as lo-fi indie-rock aesthetics created a circle of influence throughout the year’s roots-rock recordings.

As always, such efforts to authenticate or to sand away studio polish among alt-country recordings seem to be, in part, a reaction to mainstream country music’s increasingly glossy pop sheen. Moreover, the kind of heartland or roots-influenced rock that formerly felt at home on rock radio has, in recent years, been utterly banished from the pop charts. As a result, instead of making any attempt to assimilate, legendary artists like John Mellencamp and Robert Plant are mining the minimalist sounds of American roots history. Of younger acts, woodsy rock bands like Blitzen Trapper and Band of Horses released two of 2010’s best overall albums, but each drifts far enough from their indie-folk beginnings that we ruled them out for this year’s Americana list.

2010’s most mercurial Americana act was, interestingly enough, the British folk-grass quartet Mumford & Sons. Their album
Sigh No More (first released in the UK in October 2009 and therefore not considered for this list) was a worldwide smash in 2010, and a sold-out barnstorming tour of the States in the summer included scene-stealing sets at Bonnaroo and the Telluride Bluegrass Festival. One other late 2009 nod (UK 2009/US 2010) was Deadstring Brothers’ bristling beauty Sao Paulo, pound for pound their strongest collection to date. They’ll never escape those Exile on Main Street comparisons — oops, did it again — but why should anyone have a problem with that sound?

The year in Americana was dominated by two producers — T Bone Burnett and Buddy Miller. Both men landed two records each on this year’s Top Ten list, and in Burnett’s case, it wouldn’t be a stretch to fill this list with his records alone. When is the last time any producer had a year as rewarding? In addition to the
Crazy Heart soundtrack, Burnett presided over albums by Jakob Dylan, Willie Nelson, John Mellencamp, Robert Randolph, Ryan Bingham, Elton John & Leon Russell, and Elvis Costello, each of whose albums was a sterling achievement near the top of the artists’ catalogs. Buddy Miller, one of Burnett’s favorite musicians, was less prolific, obviously, but hit long homers with the two albums he produced and thereby helped define the year in Americana. Here now, the Top Ten.

This article was originally published on 15 December 2010. We are republishing select articles as part of PopMatters’ 20th anniversary.