Last year, when introducing our Americana year-end list, we mentioned the collapse of the print version of No Depression magazine, a longtime home-base for roots-oriented music news and reviews. This year saw the reorganization of No Depression from an editorial model that assigns work to a staff of writers into the No Depression Community, a blog/forum site that turns every member and reader into a music critic. Beyond the reflections of this move on the state, or crisis, of print journalism and the drying up of editorial budgets, one thing became clear: interest in roots music is thriving, evidenced by the thousands of Americana lovers who have signed up to participate during the magazine’s transformation this year.

2009 saw a flood of plaid-shirted indie-roots bands building on beardy throwbacks like Fleet Foxes and Blitzen Trapper who gained country-rock traction in 2008. And while mainstream country music continued its evolution into ’80s pop metal, plenty of roots acts turned the other direction with back-to-basics records. Country legends like Willie Nelson, Kris Kristofferson, and Tanya Tucker made albums of Western swing, spare acoustic ballads, and classic country covers, respectively. Even rockers like Elvis Costello or singer-songwriters like Catie Curtis turned to string bands this year to take a shot at bluegrass. Perhaps following his boss’s lead, Costello’s longtime drummer Pete Thomas joined up with another rock sideman, Benmont Tench of the Heartbreakers, to form Works Progress Administration with members of Nickel Creek and fiddle whiz Luke Bula. And actual bluegrass artists Sam Bush and Ricky Skaggs also dialed it back from progressive or mainstream forms to make their most traditional records in years. And how about Frank Fairfield, the oddest and most convincing throwback of the year, an artist utterly indistinguishable from Depression-era hollerers and frailers.

Amid all of this love of spare and classic forms, young artists like Phosphorescence, Ha Ha Tonka, and Phonograph forged a new blend of old twang and new sounds, expanding the notion of country-influenced rock, post Uncle Tupelo. And, oh yeah: Those guys are still around, too. Both Jay Farrar’s Son Volt and Jeff Tweedy’s Wilco released albums in 2009, and while both records offered plenty to admire and both bands proved that they remain among rock’s most reliable touring acts, neither of their releases ranks among the alt-country pioneers’ very bests and miss PopMatters‘ Americana Top Ten, although in the case of Wilco — as in the case with other alt-country mainstays Rhett Miller and Neko Case — they’ve drifted far enough from Americana, sprawling genre though it is, to qualify this year. And now the top ten… 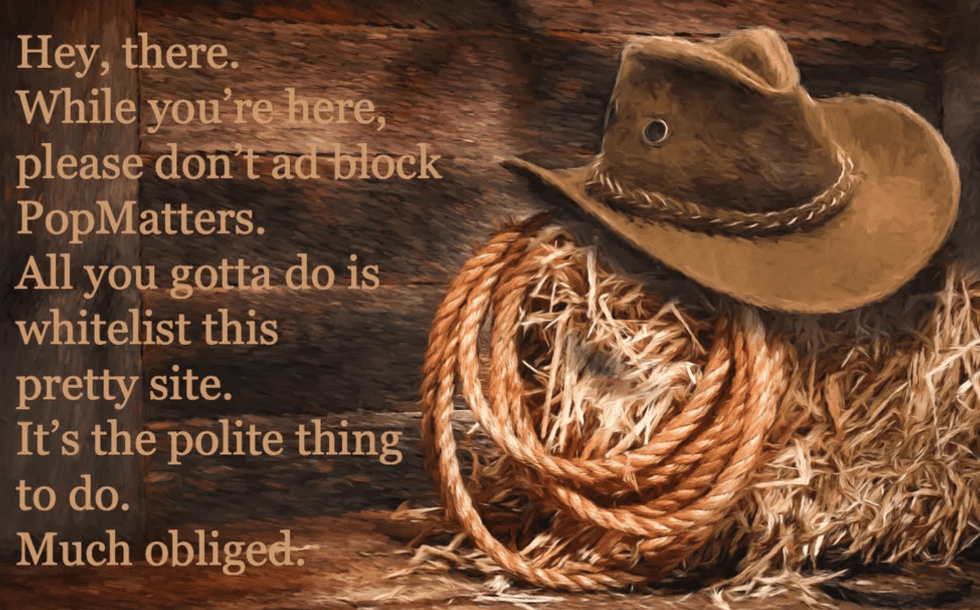 10. Greg Koons and the Misbegotten – Welcome to the Nowhere Motel [Kealon]

This Pennsylvania-bred songwriter is the dark horse contender on this year’s list with this irresistible collection that details the ups and downs of the downs and outs. Koons mixes jangly handclappers with twangy Telecaster gallops and winsome ballads, and his protagonists work hard to keep plugging amid the hard-biting realities of getting kicked around. With his effective drawling delivery, Koons is most memorable on richly detailed narratives, like the heartbreaking “A Picture of My Pa Before He Died in Vietnam” or “Los Angeles Looks Prettier on TV”, a dreamy love-hate letter to L.A., or “By the Light of a Truck Stop Moon”, the prettiest song you’ll ever hear about falling in love with a beaten-up hooker in a road-side bathroom. 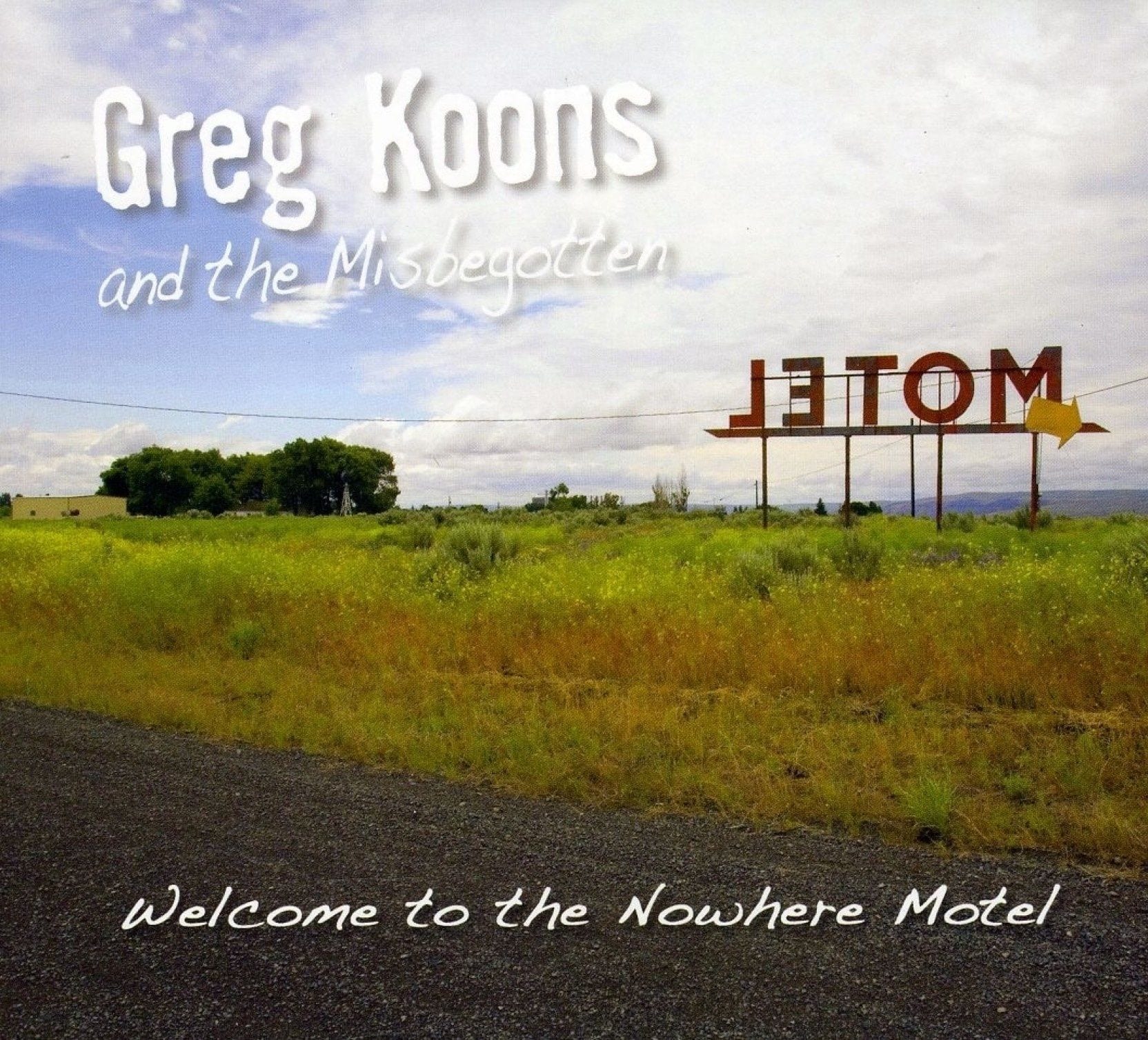 9. The Black Crowes – Before the Frost… Until the Freeze [Silver Arrow]

Are the Crowes organic or twangy enough for this list? This year they are, thanks to a visit to Levon Helm’s barn and a decidedly rural, rootsy new twist to their Faces-esque rock-and-roll boogie. The more rocking Before the Frost… finds the band playing in vice-lock communion with one another on shambolic, swaggering roots-rock tunes, as with terrific single “Good Morning Captain” and the disco-Stones shimmy of “I Ain’t Hiding”, but it’s the ambrosial country-rock of “Appaloosa” and “Houston Don’t Dream About Me” (what a lovely one, there) that forges new ground for the Crowes. And the Robinsons get really country on the second disc, …Until the Freeze, a collection of rustic, mostly acoustic songs, accompanied by the banjo, fiddle, and pedal steel of Dylan sideman Larry Campbell. Recording these all-new tunes in front of a live audience is an additionally impressive feat, particularly in the overall strength of the material and in Chris Robinson’s never-been-better singing. 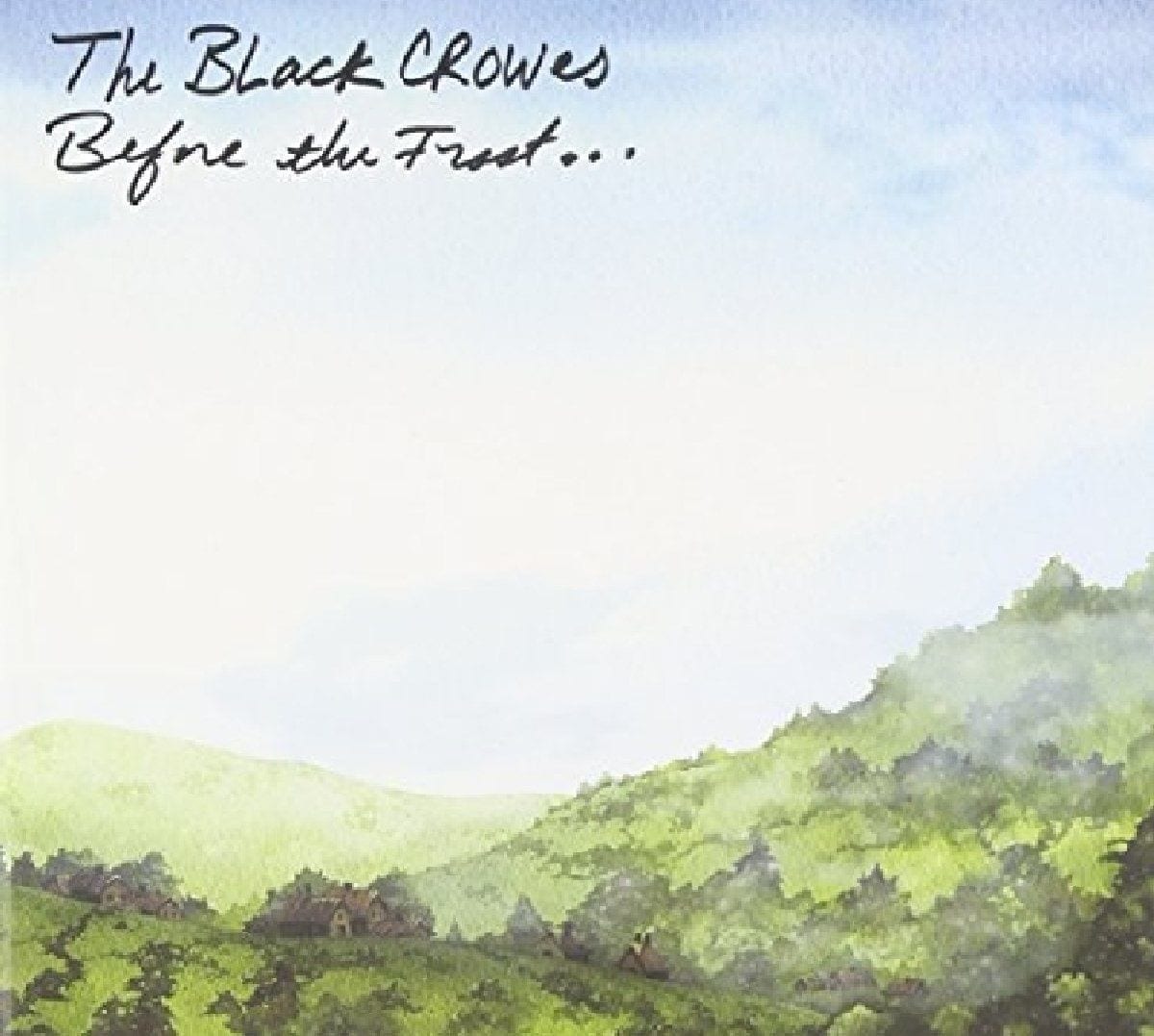 8. The Maldives – Listen to the Thunder [Mt. Fuji]

These Seattle beardos with Rick Danko and Neil Young fixations swing for the fences on Listen to the Thunder, especially on sweeping anthems like “Goodbye”, with its cascading organ and violin and big soul-wrenching chorus. The go-big approach — they make the most of their nine members — never overwhelms the songs, which range from Dylan-circa-Desire gypsy jams, pedal-steel balladry, and backwoods ‘n’ front-porch mountain tunes. In fact, the ‘Dives sound like an update of the Ozark Mountain Daredevils, of all groups, both in their harp-lovin’ rural drawl and crafted early-’70s-style country-rock. Still, familiar sounds or no, the Maldives can take plenty of credit themselves for an album of songs as uniformly heartfelt and satisfying as these. 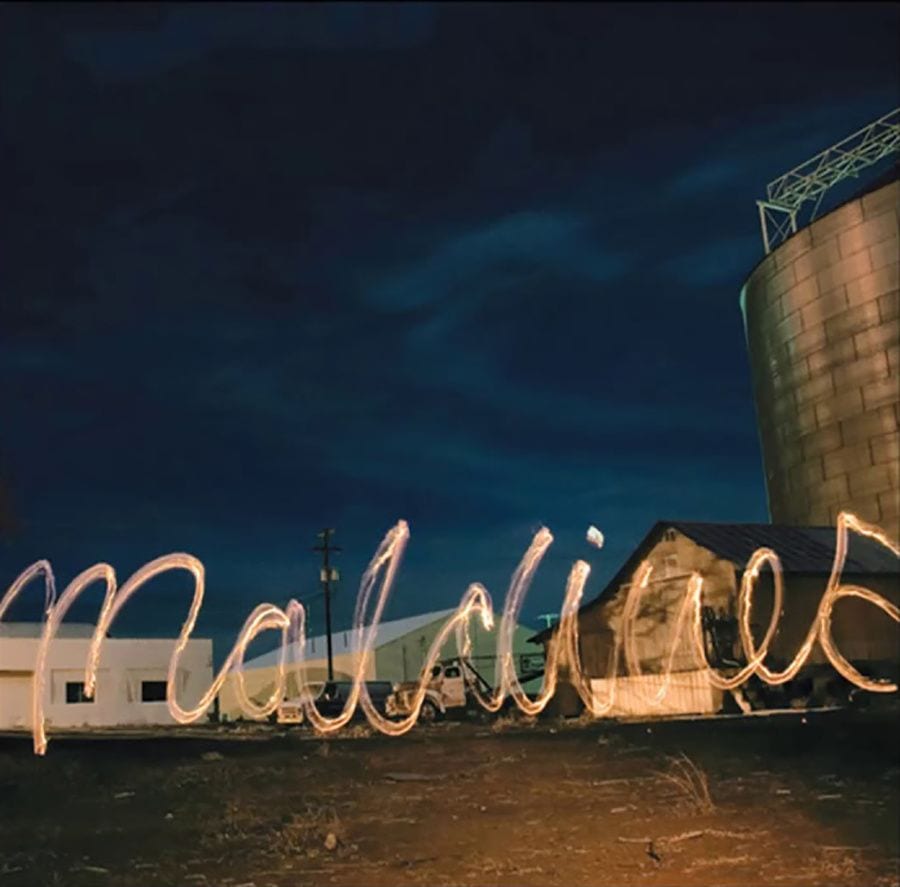 7. Slaid Cleaves – Everything You Love Will Be Taken Away [Music Road]

One glance at the title of Slaid Cleaves’ latest, his first album of new material since ’04, and it’s clear that the singer-songwriter came to the table this year in a sober mood. That’s nothing particularly new for Cleaves, who has drawn much of his remarkable power from narratives about the dashed dreams of small-town wash-ups, but here at the end of the Decade from Hell, Cleaves is more political and pissed off than before, hitting hard with lines like, “Here comes another blown up kid from over there / Making the world safe for the millionaires”. Still, while Cleaves knows that this is no time to be naïve, he applies his singularly gorgeous tenor to some of his most graceful melodies to date. Broken hearts have rarely sounded sweeter. 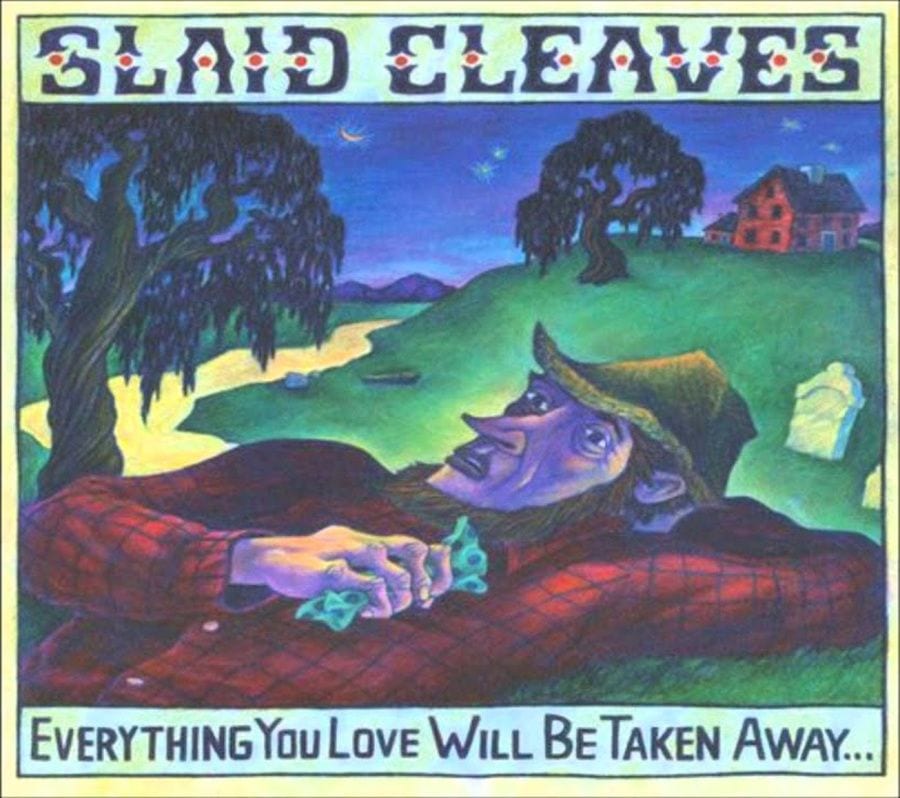 Yeti Boombox quickly establishes its California twilight vibe with “Moonboot Canyon”, one of most blissful rock moments of the year. The song is all floating acoustic guitar and sweetly longing lyrics and steel guitar accents. Maplewood wear their influences on their flannel sleeves, with unmistakable CSN-style harmonies, but they also dabble in Eagles-style country rock, the romantic yesteryear of Western mythology, and peyote trips of guitar reverb and rattlesnake ambience. Singers Mark Rozzo and Steve Koester sound terrific together — both have soft, ethereal tones, best heard on the pastoral “White Winter Hymnal”. The cowboy stoner mojo may be a deliberate journey down a musical past, but that doesn’t make Yeti Boombox unoriginal in its meticulous melodic craft. 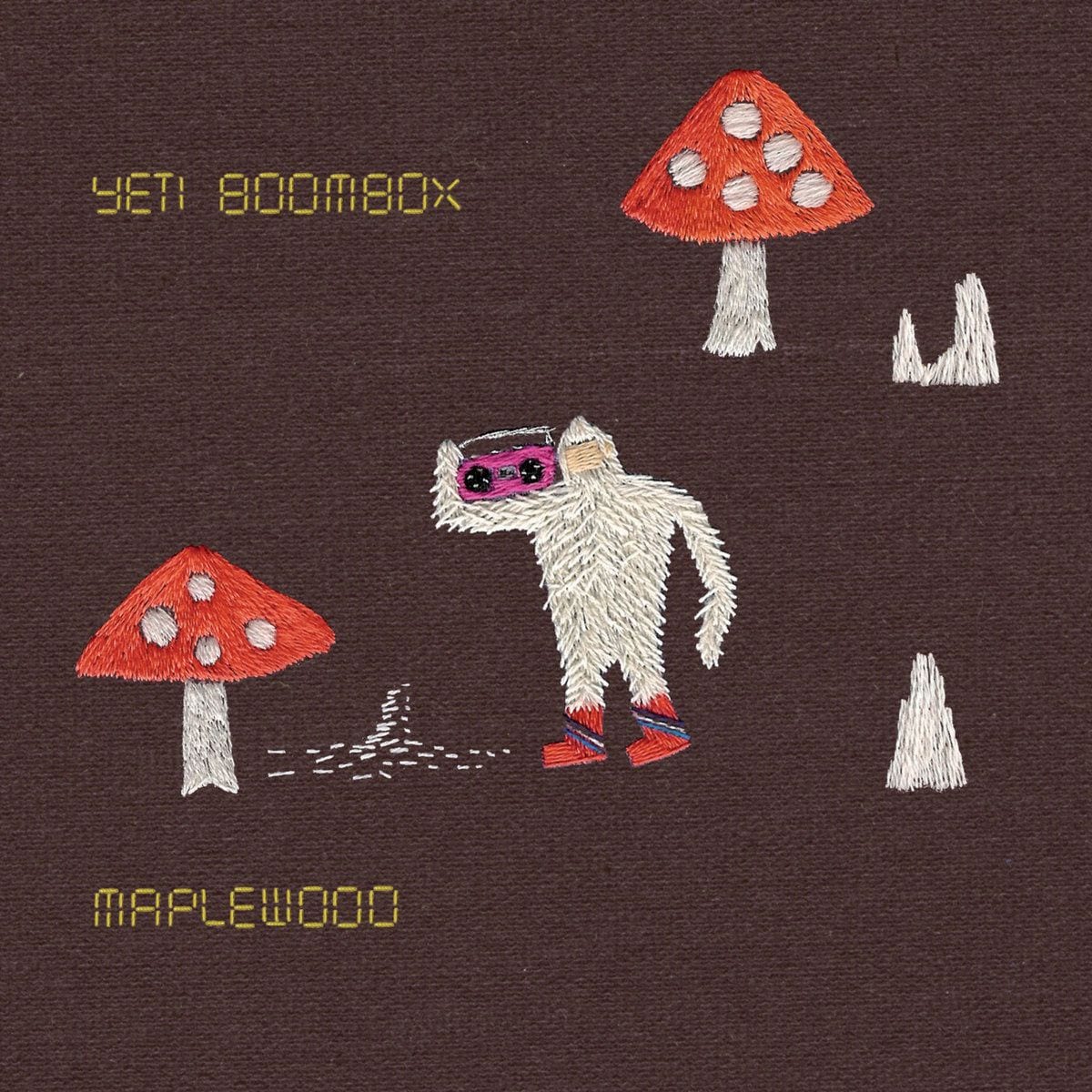 Any record that approaches the rollicking swagger of the Band at their most exuberant takes the guesswork out of whether it deserves a spot among the year’s best. Certainly, Levon Helm, the sole American at the heart of the Band’s Americana, is a national treasure, and his recovery from throat cancer and the return of his salty good-ol’-boy singing voice is one of rock’s happiest stories. The Dixieland-on-the-farm version of the Dead’s “Tennessee Jed” is alone worth the admission price into this particular Midnight Ramble, but Electric Dirt is full of blues-gospel shouters, soul-country laments, New Orleans jazz, and mountain-folk reveries, all played with a ragged, live wallop. By mixing these classic roots elements, Helm ends up with an album that covers considerable ground but provides precisely the familiar party you desire coming from an old friend. And he shall be Levon. 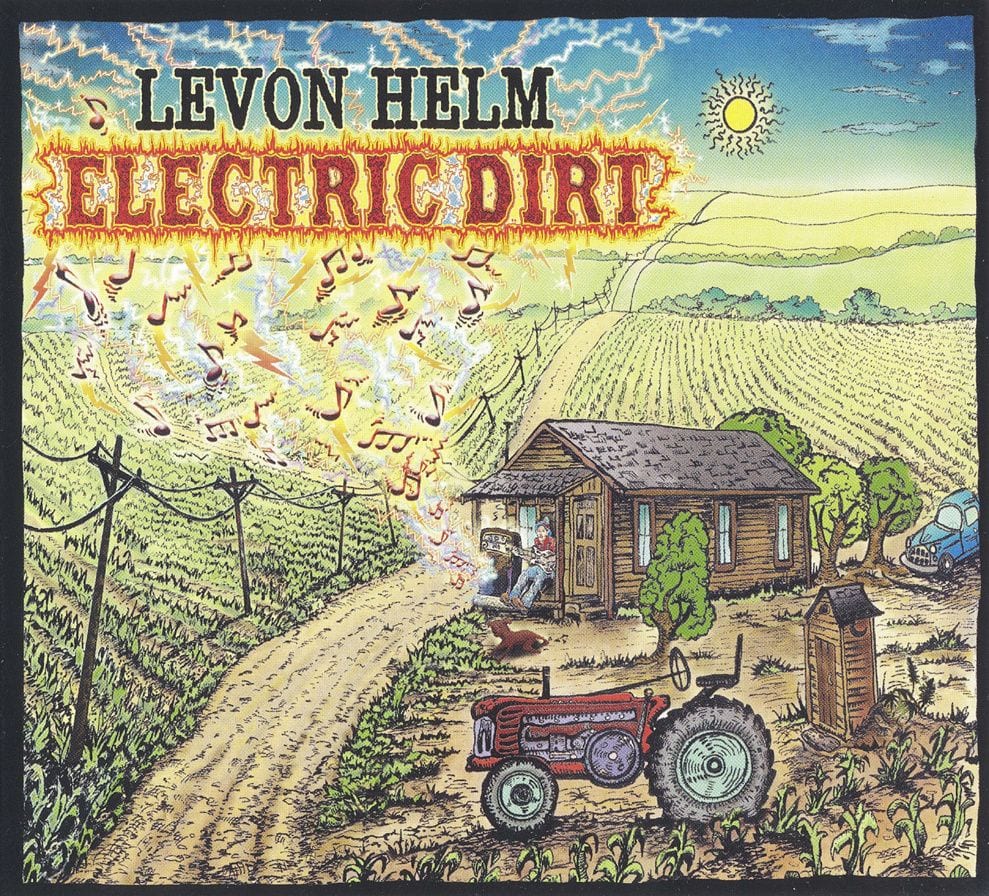 Neither Buddy nor Julie Miller make bad albums, so we would expect the two of them to collaborate winningly on their new record together, only the second full-length of its sort. No disappointments here, as it’s hard to pick out the best moments on an album of so many highlights. A few: Buddy’s vocal performance on Julie’s exquisitely written “Chalk”, the gin-soaked torch in Julie’s jazz vocal on “Long Time”, Buddy trading verses with Robert Plant on Mel Tillis’s “What You Gonna Do Leroy”, the piano-and-fiddle stomp of the husband-wife nostalgia in “Ellis County”, Buddy’s duet with Emmylou Harris on a pulsing version of Leon Payne’s “The Selfishness of Man”, the… oh, you get the picture. Plus, if you’re reading this sentence, you probably don’t need any convincing of the riches that the Millers invariably provide.] 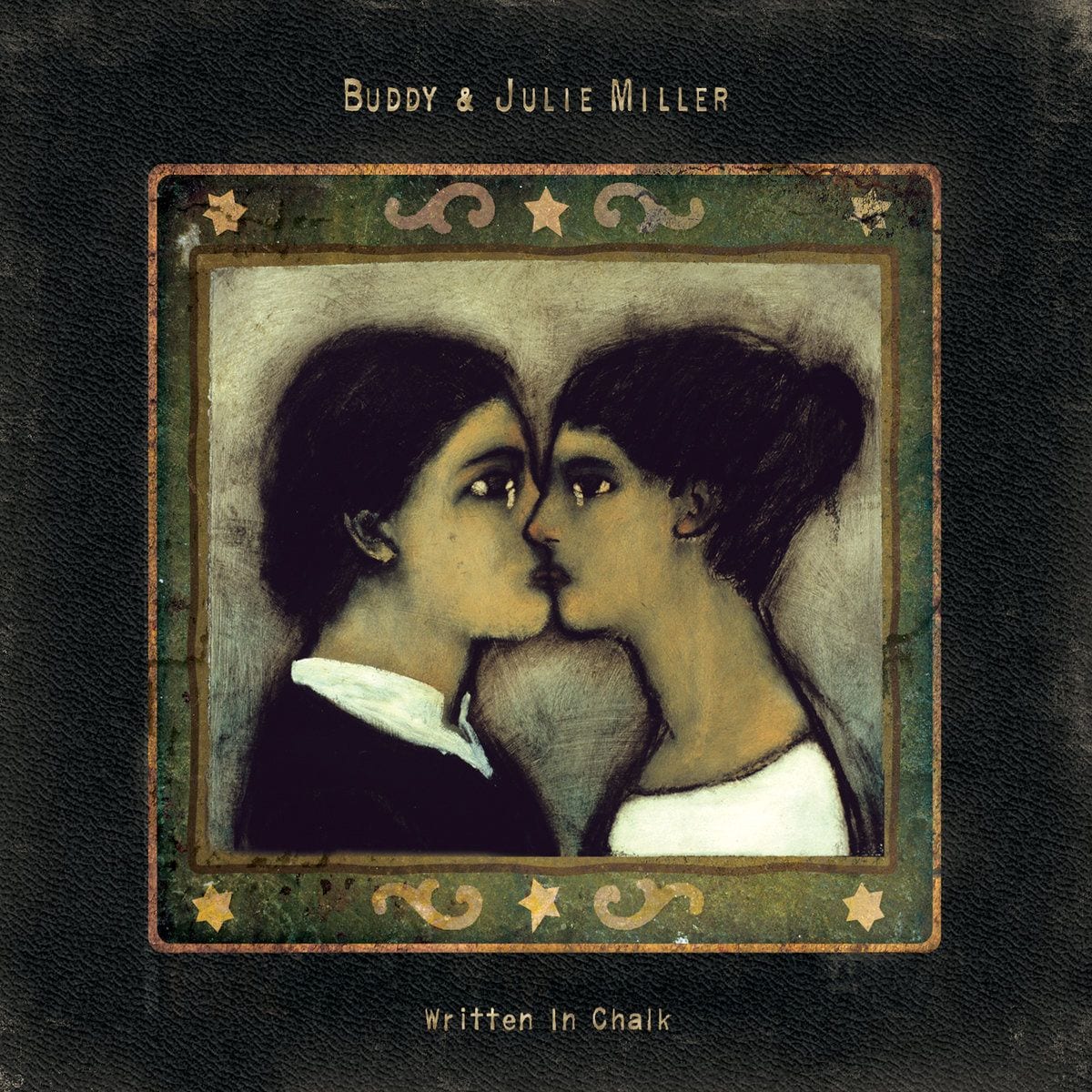 With the Pines, the sun never shines, and you shiver when the cold wind blows. Or so it feels when listening to this alt-folk duo’s remarkable new album, Tremolo. The group, led by singers-guitarists David Huckfelt and Benson Ramsey, captures a spectral single effect throughout, evoking an otherworldly landscape of fallen moons and dead valleys, campfires and ghost towns, meadows of dawn and broken dreams. These Minneapolis-via-Iowa boys pick delicate, spare acoustic guitars wrapped in glass-slide reverberations and gentle, haunting organ embellishments on ten scorched-earth songs. Tremolo is one seductive record, perfect for the witching season. 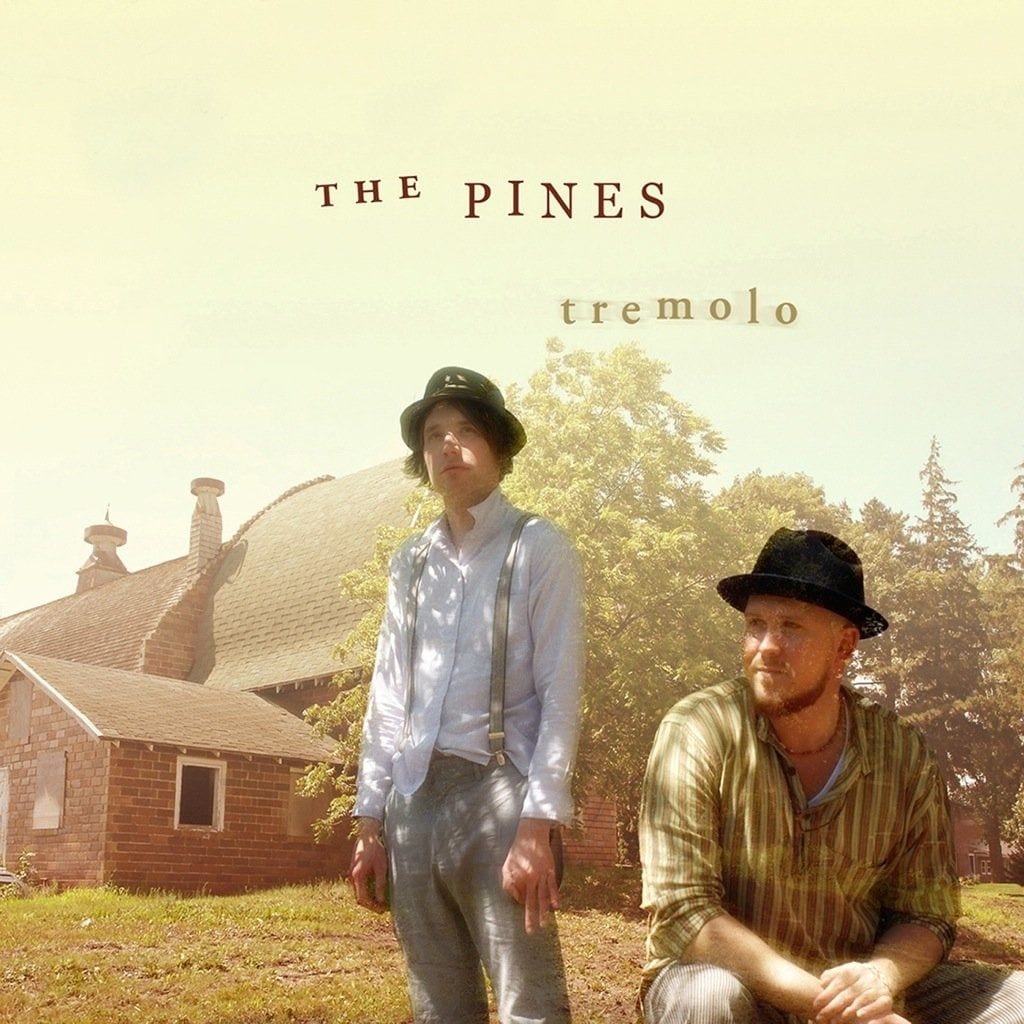 At first listen, Ryan Bingham’s charbroiled voice sparks concern of blown-out damage, until you realize that his larynx contains enough power, range, and durability to go the distance. Bingham puts those burlap pipes to good use on Roadhouse Sun, his killer follow-up to 2007’s also-terrific Mescalito. This year, Bingham proved that this bad-man’s son is badass enough for hammer-slinging hard country like “Endless Ways”, but sweet enough for “Tell My Mother I Miss Her So”, one of the coolest songs of the year. More than anything, with these 12 uniformly excellent songs and back-to-back stellar albums, Bingham has earned a spot as one of country-rock’s leading (and toughest) songwriting voices. 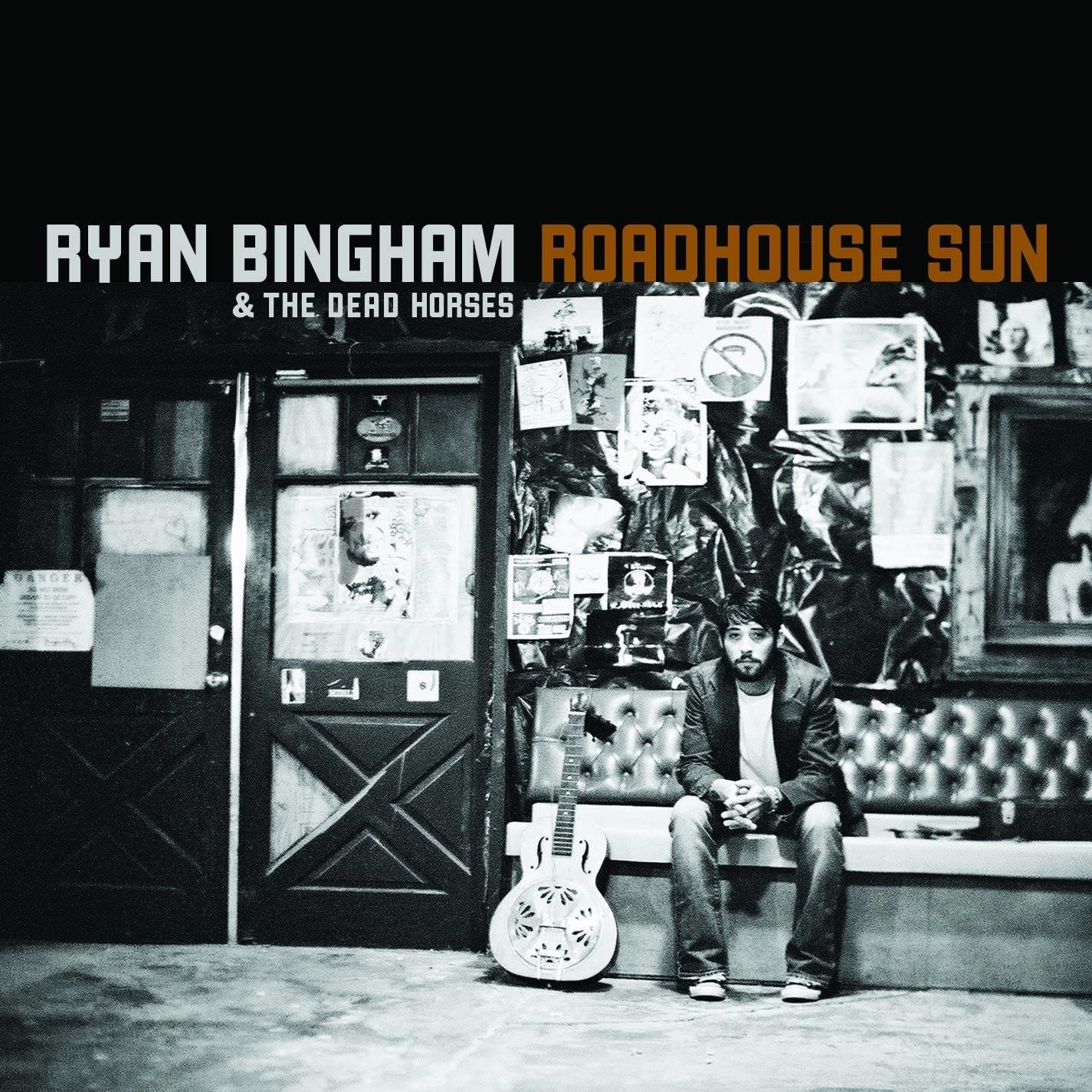 1. The Avett Brothers – I and Love and You [Columbia/American]

Depending on whom you talk to, the Avetts either sold out this year by dispensing with the rough edges that made them unique, or they cut the crap and finally started making the smart, elegant music they always had in them. Sure enough, this album is crammed with exquisite songs, including the instant-classic title cut and acoustic drifters like “Laundry Room”, as beautiful as anything they’ve done to date. But on sweeping epics like “Head Full of Doubt/Road Full of Promise” and “The Perfect Space”, Scott and Seth reach ever higher, creating the kind of melodic and lyrically profound transcendence that their ardent fans have always cherished. With Rick Rubin, the boys push their songwriting and musicianship on a dense album of generous returns, while prompting everyone to wonder where they’ll go next. 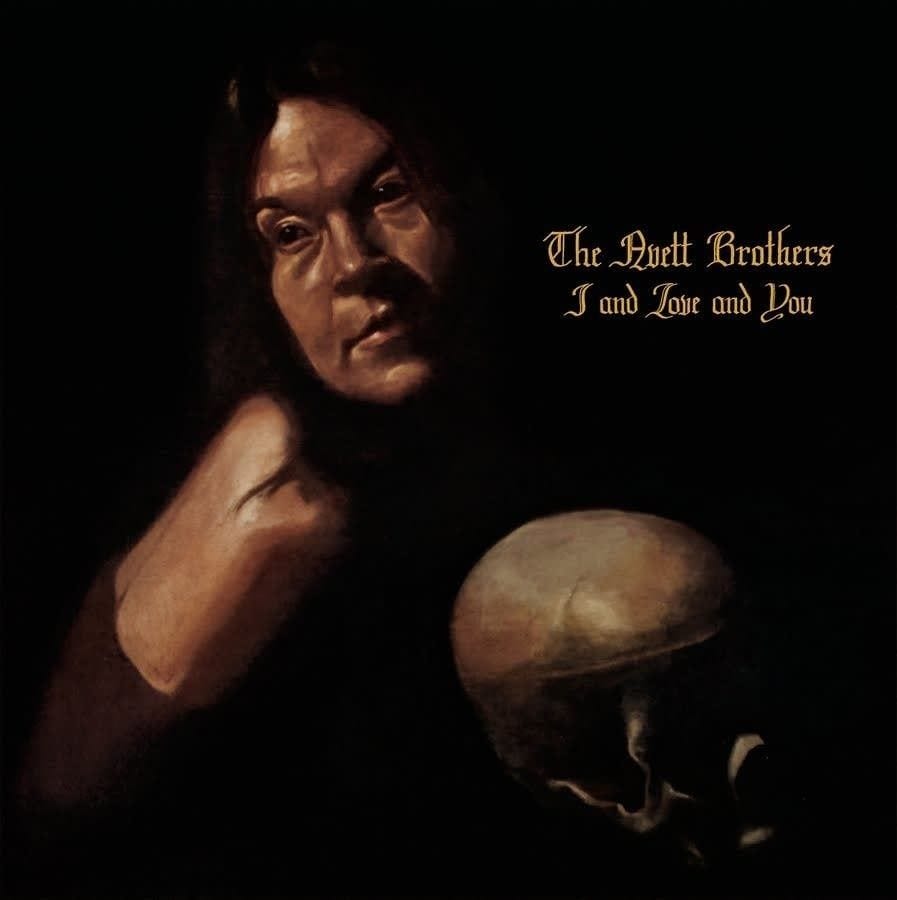