2010 began with Taylor Swift winning Grammy’s Album of the Year award for Fearless, the top-selling album of 2009. She also had the two most-played radio songs of 2009. In 2010, she sold over a million copies in the first week of Speak Now, her third album. The New York Times (Nov 3, 2010) proclaimed it to be “a sales triumph” and 2010 “a notable year for country music”, in terms of sales. It wasn’t just Swift; the year was filled with country music moneymakers, including artists spreading that success beyond the confines of the genre.

Earlier in the year it wasn’t Swift you saw every time you turned on the TV or opened a magazine, it was the trio Lady Antebellum, who hit big with their second album. They were another face of country-music success 2010, but again not the only ones. In the fall, there was a streak of weeks where the #1 Billboard album was a new country release nearly every week, including heavy hitters Sugarland, Kenny Chesney, Toby Keith, and the Zac Brown Band.

Within the broader picture of records sales declining year by year, country stars have been doing well commercially, seemingly continuing to extend their reach beyond what was thought of as the genre’s audience. In some ways, this story runs parallel to the musical diversification of country. The ambitions of Sugarland, Lady Antebellum, and Taylor Swift are clearly bigger than one genre, and musically you can hear it, as they look towards ’80s and ’90s pop and rock music as much as they look towards the legends of country.

At the same time, it’s a mistake to think that country music’s past is disappearing. Some of the most noteworthy albums of the year came from legends who made their names decades ago, like Willie Nelson and Merle Haggard, or from stars who reached popularity in each of the decades after that. For example, 2010 saw another new album by Reba McEntire, who signed her first record deal in 1975. 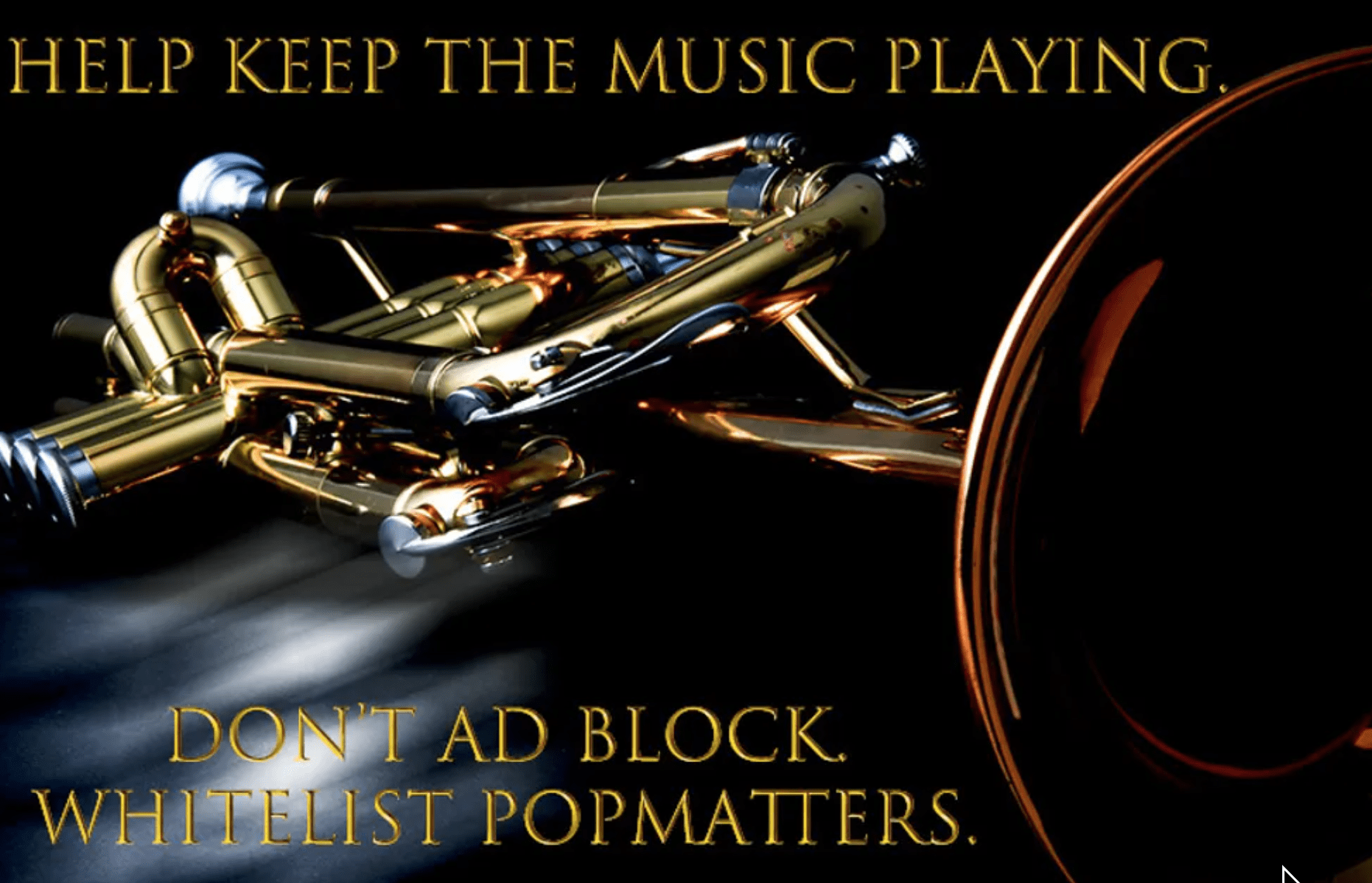 Jamey Johnson’s epic double-album The Guitar Song seems representative of the way the young and the old commingle in country music today. Clearly indebted to the “outlaw country” stars and lonesome-jukebox songwriters of the past, he’s also one of the genre’s rising stars (even with country radio all but ignoring him this year).

This synthesis of the past, present and future is so much of what country music is about these days. The traditions haven’t disappeared, but the music is changing all of the time. “It’s Just That Way”, like the Alan Jackson song says, though it’s also possible that for all of the genre’s seeming permanence, it’s always been changing.

In country music, as in the music industry overall, there is actually a persistent sense of impermanence, that we’re living in ever-changing times where the ground can shift from underneath you. Country artists seem in a constant struggle to keep up, to figure out what having a career in country music means these days. What does the album mean, for example? Keith Urban’s 2010 album has only eight songs. Blake Shelton temporarily bypassed the album with two successful “six-pak” releases; essentially two EPs spread apart in place of one album. On the flip side of that were artists trying extra-hard to give their albums a sense of importance, either through adopting a theme (Jerrod Niemann, Laura Bell Bundy) or lengthening it (Johnson’s double album).

A literal reminder of impermanence came in the spring, when the Cumberland River flooded Nashville, damaging the Grand Ole Opry House, other significant structures, and the homes, instruments, and memorabilia of so many country musicians. It was one of those moments where everyone involved in making country music (whatever kind of country that might be) came together to help, in the process paying tribute to the roots and legacy of country music. 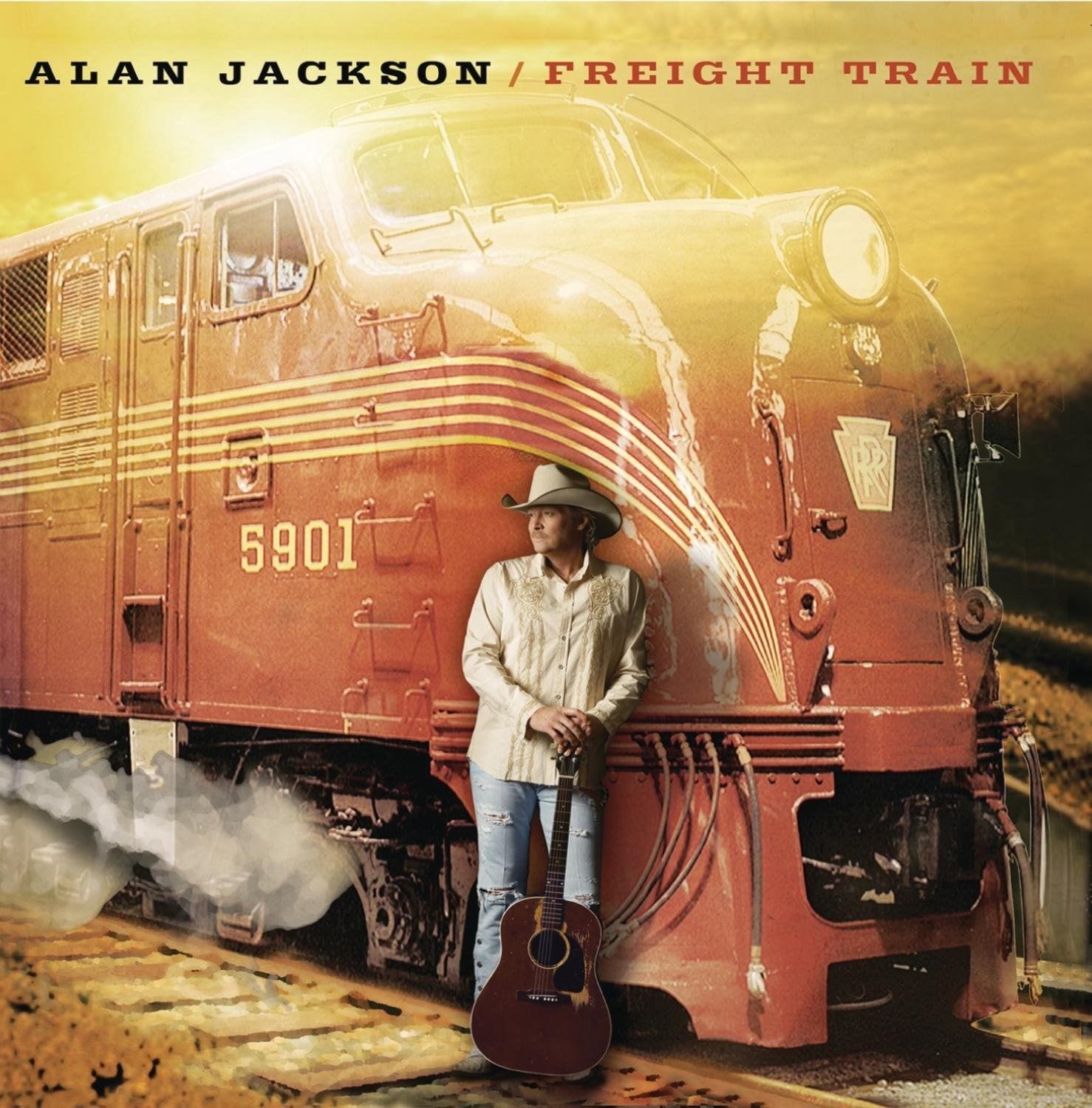 After a few more ambitious “concept” records, Alan Jackson pared back for his 16th studio album, a relatively simple collection of tried-and-true truckstop country songs about heartbreak, family matters, “the working man”, and weekends spent fishing. At this point in his career, Jackson has an affable casualness about his singing; he makes everything seem easy. On Freight Train, in theme the songs may seem generic, but it’s exactly that everyday quality that, in Jackson’s hands, make the songs feel like they’re capturing universal stories. It’s a Zen version of Jackson’s music, breaking it down to its base elements. – Dave Heaton 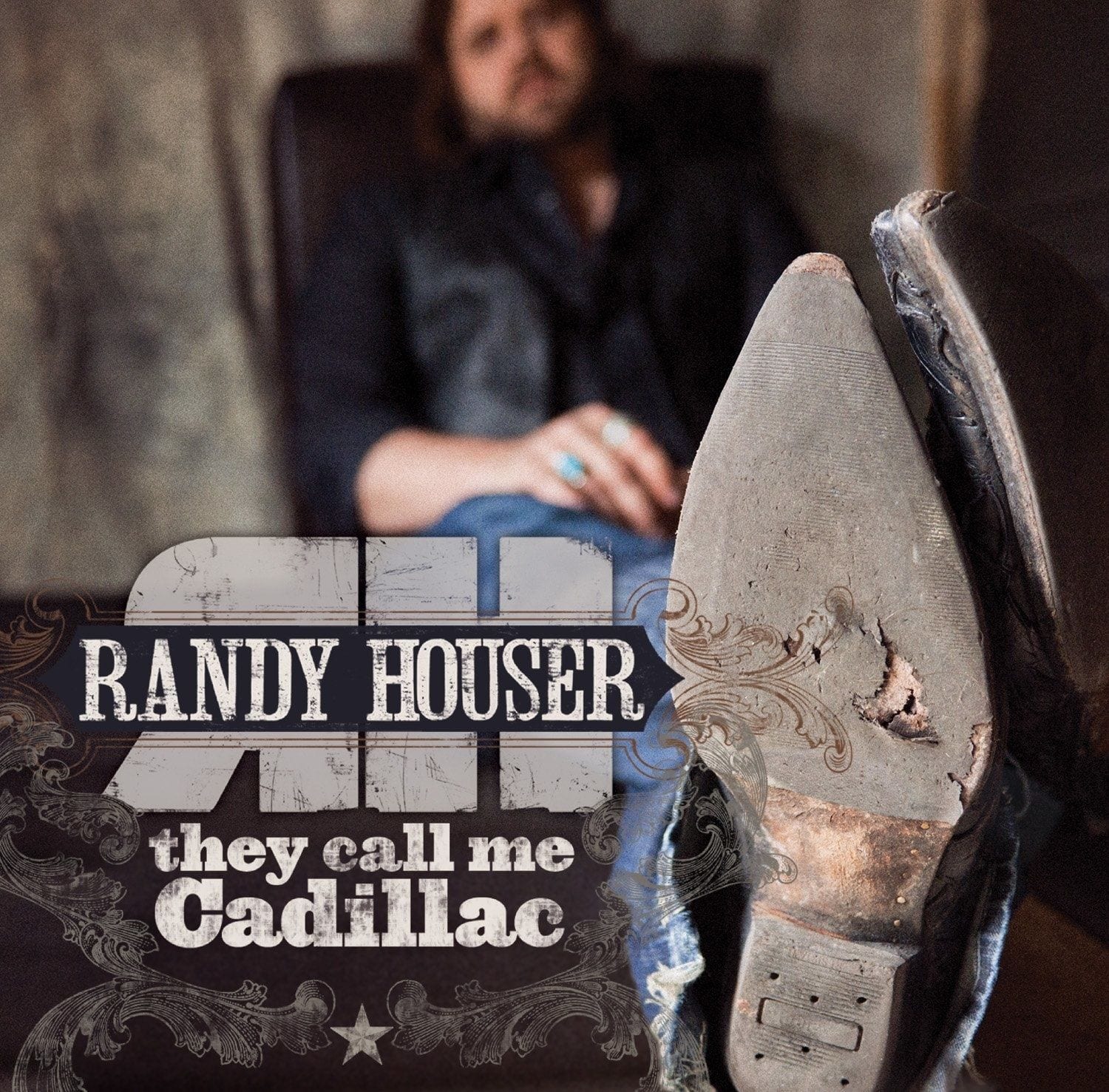 Randy Houser looks like a drywaller who will take your requests for Waylon covers in exchange for shots of Jack. Houser might, in fact, be country’s great democratizer: by splitting the difference between outlaw-country revivalism and modern hard country, Houser’s sophomore set has something for everyone. With his brawny, expressive vocals, Houser can belt out radio-friendly shitkickers like “Whistlin’ Dixie”, but it’s Houser the songwriter — his tough tunes like the rattling ballad “Addicted”, and the teflon honky-tonk of the title cut — that makes this Cadillac worth the ride. – Steve Leftridge 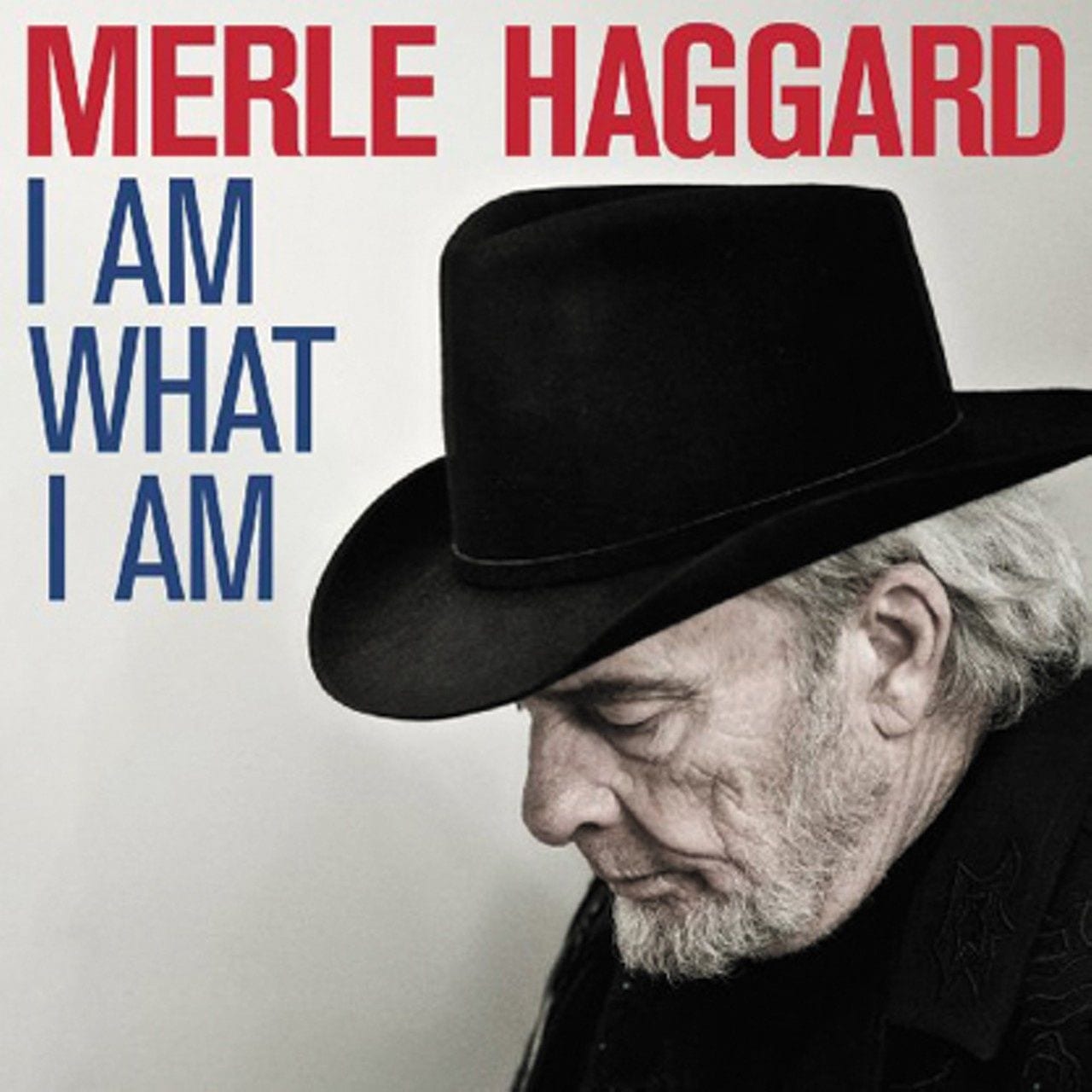 After over 45 years in country music, Merle Haggard has earned the right to comes across as the wise elder. That’s how he sounds on I Am What I Am, which comes close to the Grammy-seeking traps that legends can fall into, but eschews them with a shrug. Instead, he sounds like he’s sitting on the front porch, surrounded by his friends and family, watching the days go by, sharing with youngsters his observations on love, life, and music. It can be heard as a potential closing statement, and does contain looks backward to childhood and forward to the hereafter. Yet it also can be breezy, light, and fun. – Dave Heaton 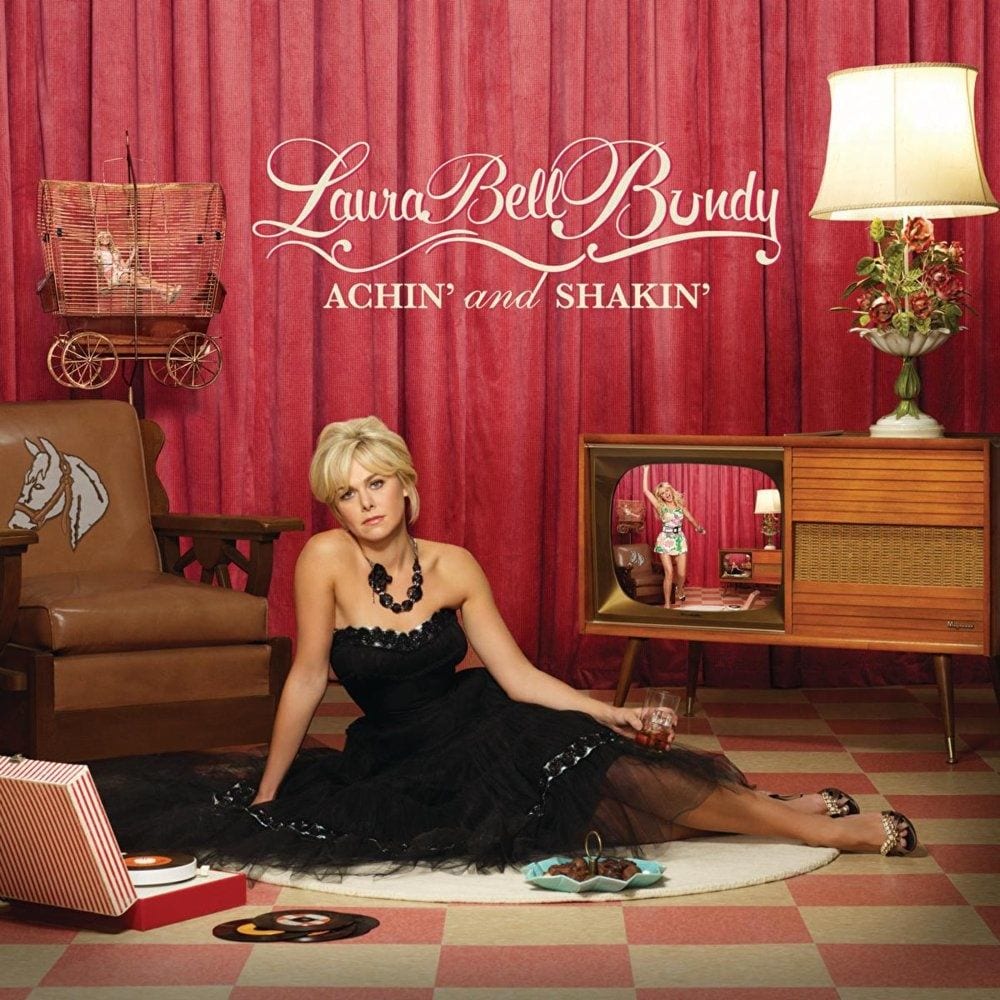 Laura Bell Bundy’s career in Broadway musicals may prevent her from getting country cred, but country music is (and always has been) a rather big tent, not ready to turn away talented singers. There is something stagey about this album’s split into two stylistic halves — representing two approaches to heartbreak, sullen versus boisterous — but she inhabits each fully. The dancier “Shakin'” half has some of Dolly Parton’s ’80s cheekiness; on the “Achin'” half she seems to be drawing from the sadness of so many country singers before her, who were in turn drawing on the sadness of so many human beings before, and around, them. Heartbreak doesn’t care about cred. – Dave Heaton 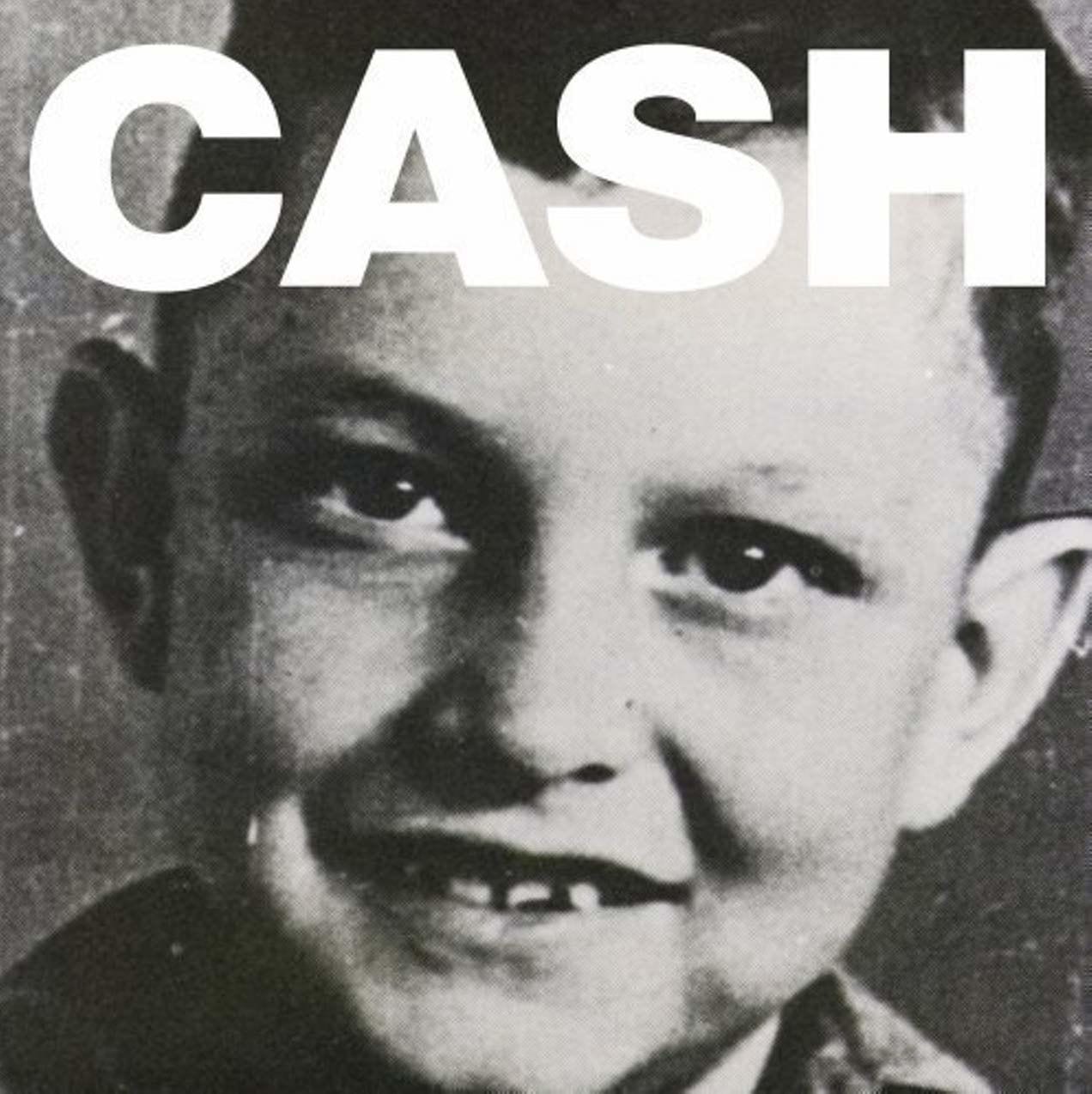 It goes without saying that these final recordings are historically significant, and the fact that Johnny Cash knew he was dying makes for a fascinating, if at times chilling, listen. Posthumous albums are often patchy leftovers, yet this sixth American installment is a worthy finale to the priceless Rick Rubin-produced series that made up the last decade of Cash’s life and recording career.

The music is spare and scraggy, most often with a single acoustic guitar and Benmont Tench’s organ, and Johnny’s voice is thin and slurred as time, illness, and grief had taken their tolls. It’s a first-rate collection of windswept songs, like the spooky “Ain’t No Grave”, on which Cash assumes his famous role as the pentecostal hellion both blessed and cursed. The album’s finest moment, though, is its final track, the Hawaiian standard “Aloha Oe”, a gorgeous and peaceful farewell. – Steve Leftridge 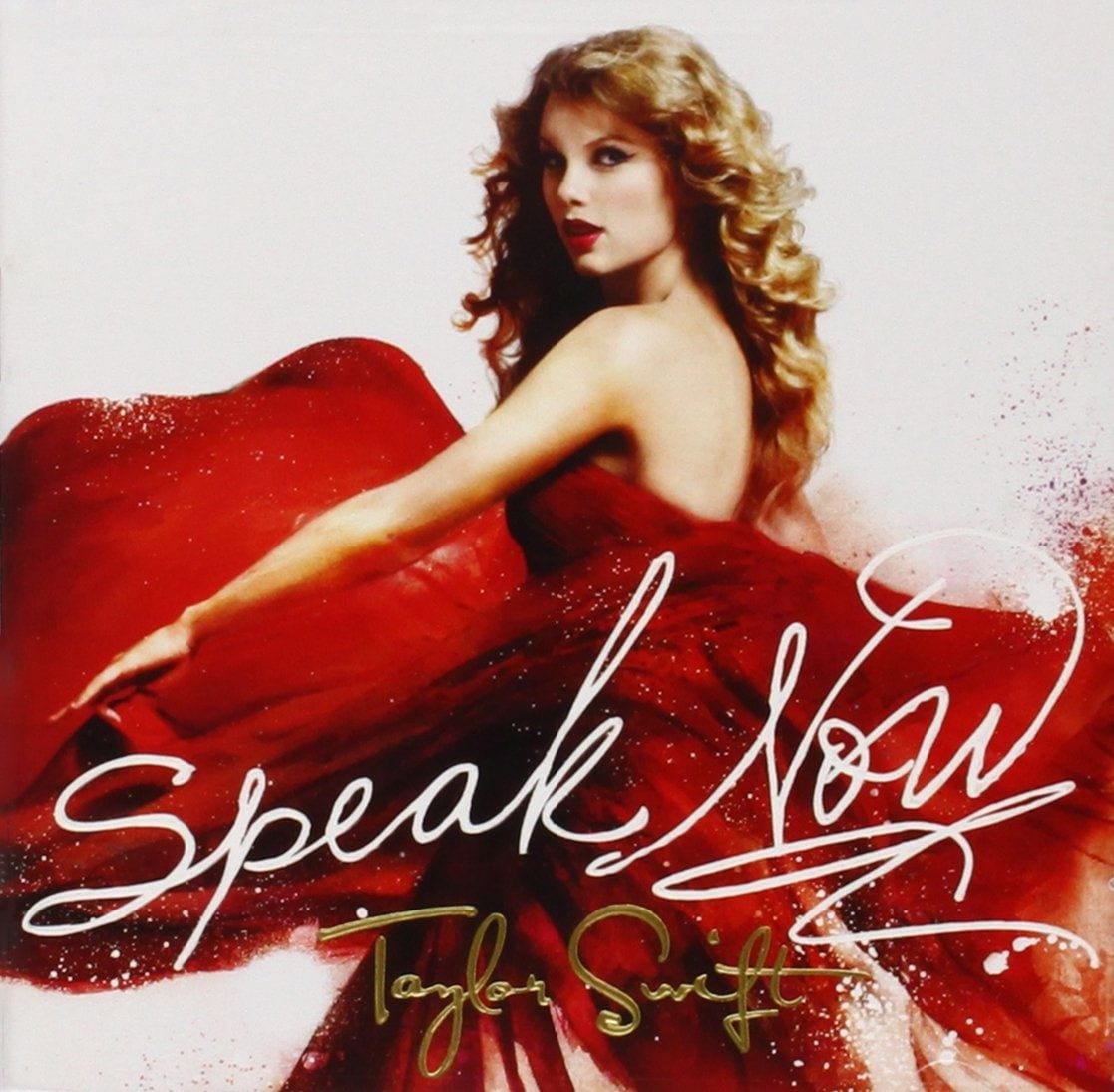 As least as omnipresent in 2010 as she was in 2009, Taylor Swift is both the face of country music’s growth and a megastar who may be growing beyond country. In a few years it might seem ridiculous to put her on a country music list. For now it makes sense. While Speak Now builds on the tapestry storytelling and widescreen drama of Fearless by pushing the scope of her music further, taking in many pop-rock tricks of past decades, she is also still taking on boilerplate country-radio subjects (the mother-daughter love ballad, jilted lover’s revenge fantasies) with more intelligence and sense of invention than anyone. While moving past commercial country music, she’s also occasionally reinventing it. – Dave Heaton 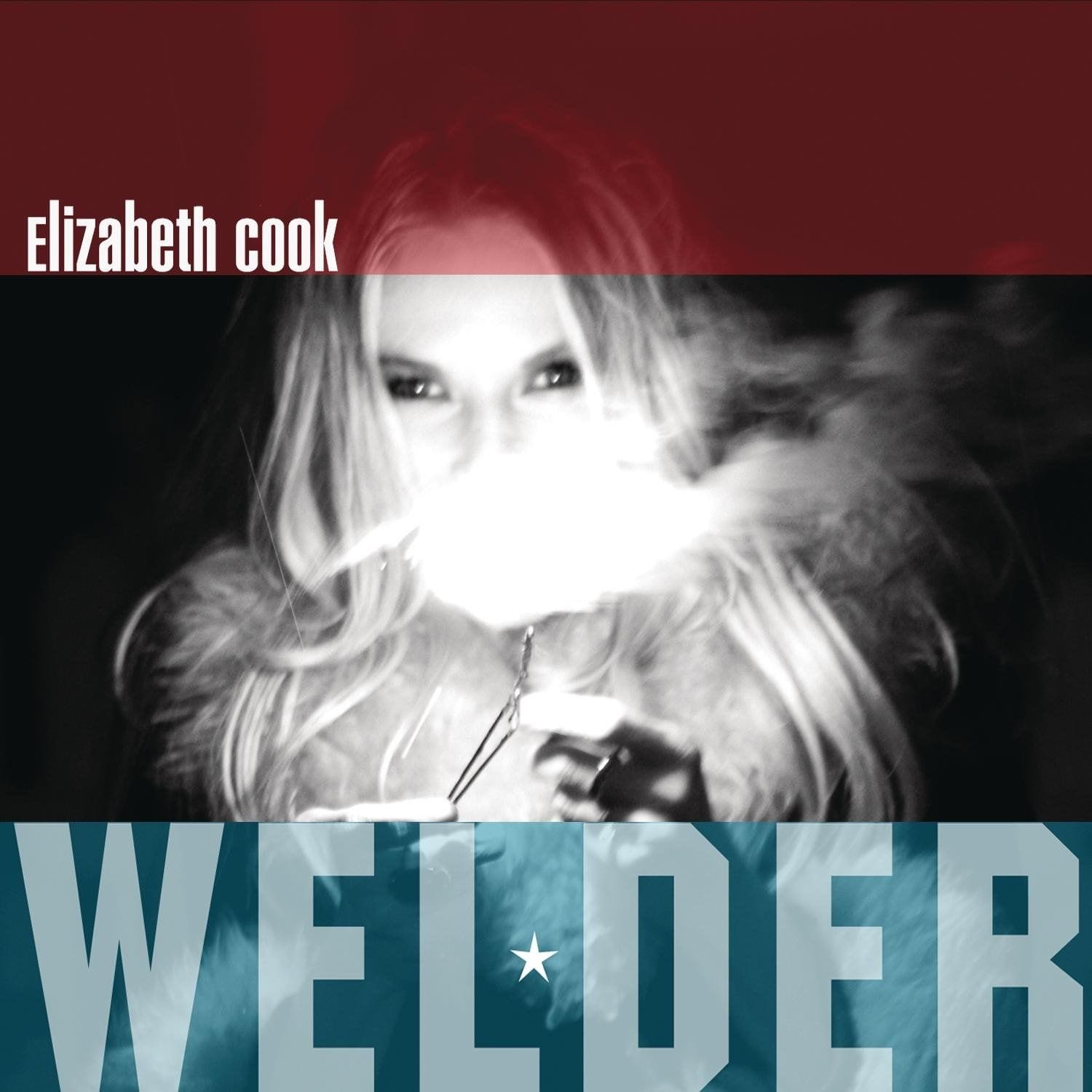 Sometimes it takes balls to be a woman, and Elizabeth Cook is particularly well-endowed. With Welder, produced by Don Was, Cook’s fourth album finds her still refusing to kiss a square inch of Nashville butt, remaining too country for country radio. Welder also offers the best proof yet that Cook is a dynamite songwriter, at turns funny, plaintive, and bawdy as a country-queen shapeshifter: She’ll be your Dolly, your Lucinda, your Barbra Mandrell, and your Minnie Pearl, lending her thick drawl across acoustic mountain-stomps (“All the Time”), junkyard grooves (“El Camino”), moonlight ballads (“Not California”), and hillbilly laughers (“Snake in the Bed”). Packed with stellar material and bristling performances, Welder is a hot one. – Steve Leftridge 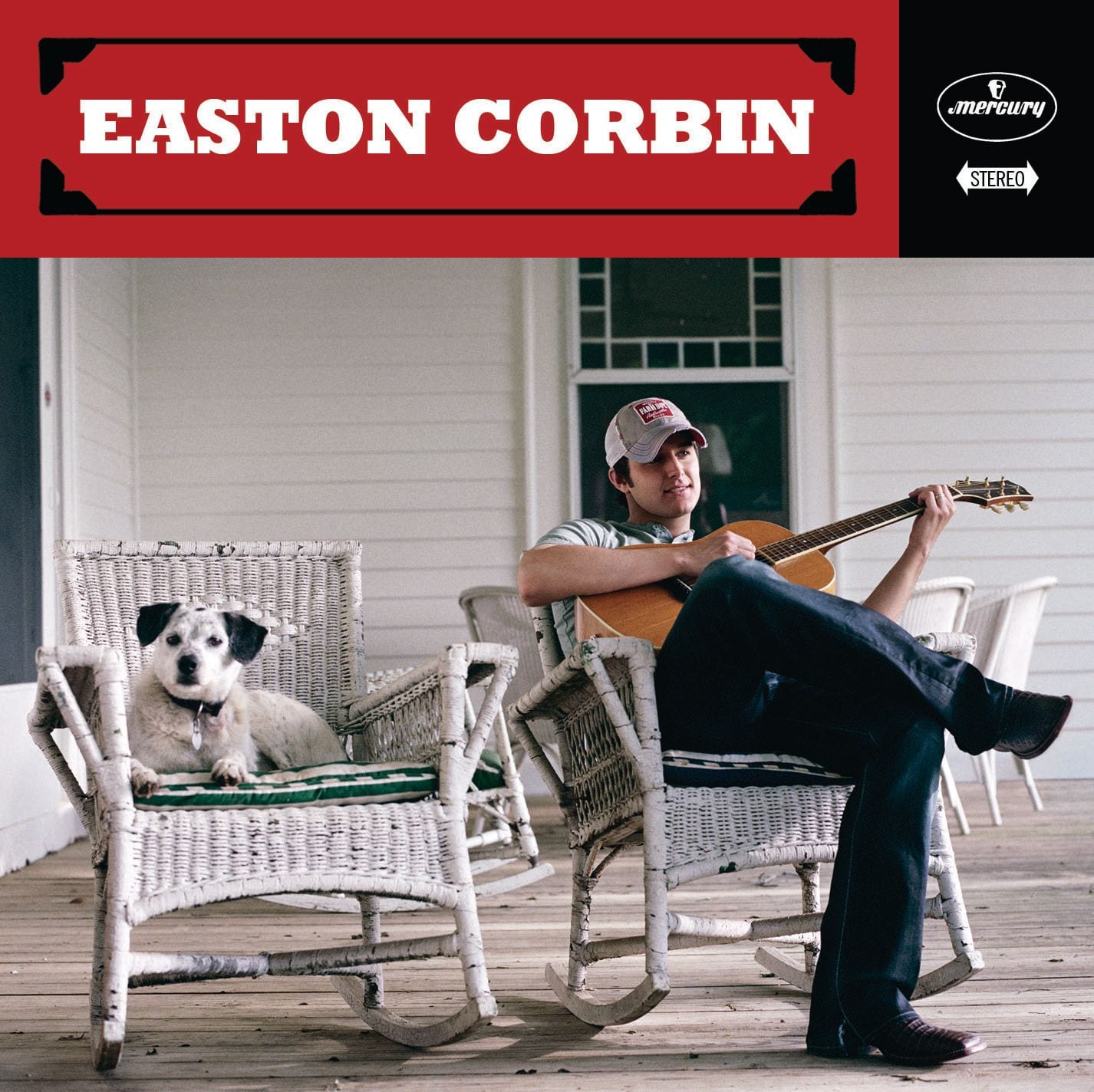 Today’s hit country may be the new classic rock, but Easton Corbin never got that memo. The Florida native is, as it turns out, a little more country than that. Corbin’s self-titled record was the year’s best Nashville debut, a terrific-sounding set of polished steel-guitar-and-denim retrograde country. The record’s breezy production (Carson Chamberlain at the knobs) is a throwback to at least the neo-traditionlist country movement of the ’80s, and sometimes even further back. The singer is dogged by George Strait comparisons, but with Corbin’s instincts for hooks and his easy-going vocal charm, Easton is claiming some pure country ground of his own. – Steve Leftridge 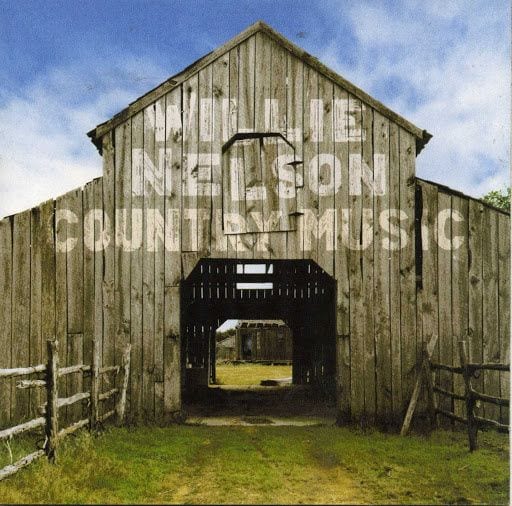 Closing in on 80 years old, Willie Nelson continues to be a marvel, performing at the peak of his powers and recording first-rate additions to his catalog, including last year’s terrific genre exercises in pop standards and Western swing. This year, the legend brought it all back home, receiving T-Bone Burnett’s analog treatment on the perfectly titled Country Music. Backed by the mannered picking of masters of the form like mandolinist Ronnie McCoury and banjo frailer Riley Baugus, Willie, the king of the laid-back vocal delivery, settles deep into the comfort of these vintage environs. Burnett lends his trademark hazy austerity to 15 songs penned by the likes of Merle Travis, Ernest Tubb, and Hank Williams. It’s a sublime document, the back-to-basics dream project that had been at the top of the wish list for Willie Nelson lovers. Which, of course, is everybody. – Steve Leftridge 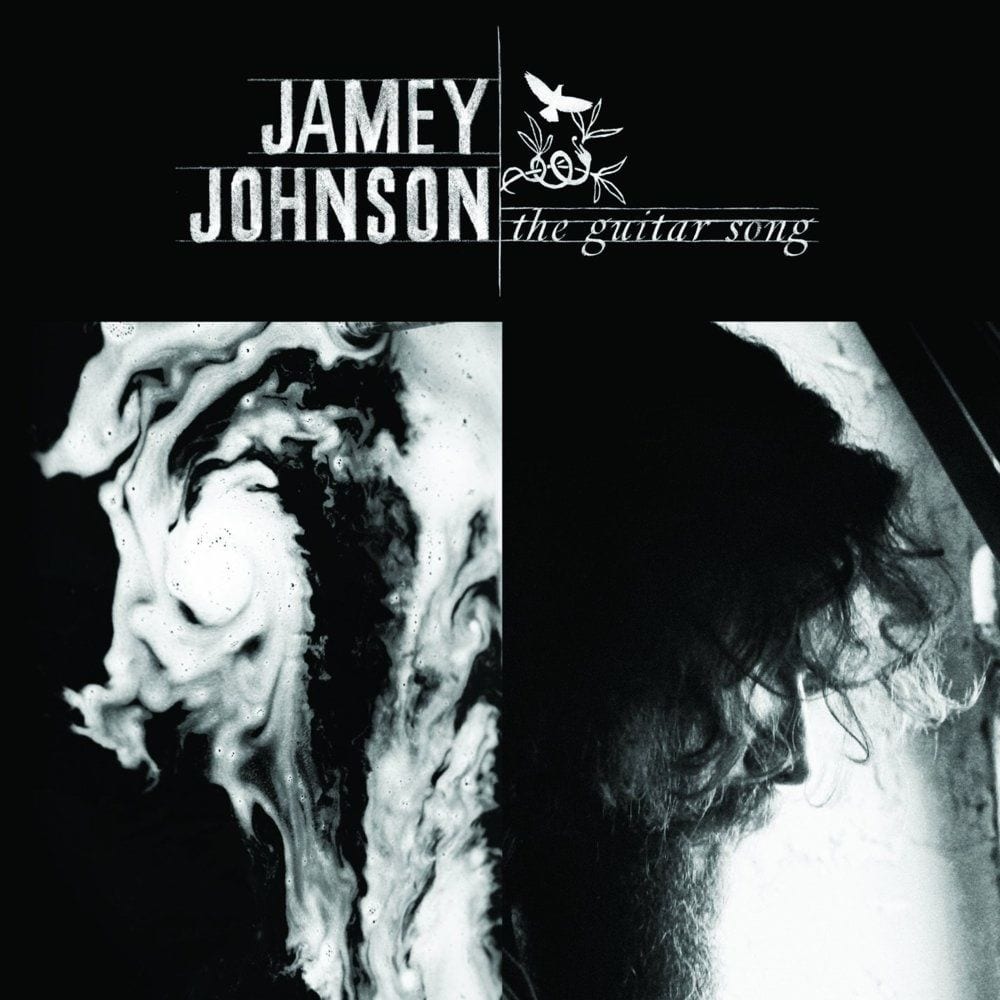 Jamey Johnson followed up the critical acclaim of his 2009 album, That Lonesome Song, with an ambitious double LP of dour, old-school country music that paid sincere tribute to the songwriters and singers of the past, emulating them while trying to take their music into the future. It’s an epic of personal struggle in a climate of societal turmoil. The songs are set in a world of perpetual near-disaster, where the rich are pulling puppet-strings, the discontented are preparing to riot, and everyone else is arguing with their lover. “The good times ain’t what they used to be” could be Johnson’s motto, but The Guitar Song is also filled with celebrations of minor moments of pleasure, and with a perpetual movement towards redemption and hope. – Dave Heaton

This article originally published on 15 December 2010.