No contemporary music genre gets dumped on like country. Despite country’s widespread popularity, the common critical argument is that modern country, at least whatever gets played on the radio, is often like fast food: It’s taste-tested, mass-produced, and predictable; it goes down easy, and all of it is identical in flavor. Indeed, it is true that a big majority of country radio is made up of interchangeable white male singers: You would be forgiven for not knowing the difference between Chris Young and Brett Young or Brett Eldredge or Chris Lane. And nowhere is the lack of diversity more apparent than in the imbalance of men and women on radio playlists, a disparity that the genre’s biggest stars — Carrie Underwood, Miranda Lambert — have been publicly calling out.

In 2018, there were signs of country edging toward more inclusivity with the rise of Kane Brown, who as a mixed-race artist with a #1 album, would appear to broaden country’s tolerance for diversity which has until now been limited to sexagenarianism (Reba) and to obesity (Luke Combs). Still, as has always been the case, excellent country music is being made both inside and outside the mainstream boundaries, from women and men, veterans and newcomers, classicists and rule-breakers. Just as old-school troubadours like Chris Stapleton can infiltrate the CMAs with outlaw-redux sounds, hitmakers like Kacey Musgraves were able broaden the country ecosystem this year from within by creating new, golden sounds. And as our 2018 list demonstrates, women continue to make some of today’s most spectacular country music, regardless of what gets played on the radio. – Steve Leftridge

Yes, there is a glut of dude-country on your radio dial, but Wade Bowen isn’t one of those bros, and his new album doesn’t sound like something Luke Bryan would come up with. “So Long 6th Street” is probably the closest thing here to what the Nashville song doctors are writing these days, which, admittedly, means it’s ultracatchy. But the mariachi horns, the long guitar outros, the Texas-influenced singer-songwriterisms: This album rests well outside today’s country mainstream (unless you count Chris Stapleton as mainstream, since plenty of Solid Ground is cut from Chris’s same beardcloth). Produced by Dwight Yoakam guitar picker Keith Gattis and featuring enough whiskey and heartache to kill a Texican badman, Solid Ground in Wade Bowen’s sturdiest work yet. – Steve Leftridge

On her latest album, Loretta, still at full voice, plays to her strengths, both musical (Ryman-era arrangements) and thematic (“Wouldn’t That Be Great” and “Ruby’s Stool” add to the list of Loretta classics about being married to a drunk and going after the gal who is tempting him to cheat, respectively). Re-recording “Don’t Come Home A-Drinkin'” and “Coal Miner’s Daughter” might at first seem unnecessary, yet both prove to be as captivating as ever, perhaps more, freighted as they are with all these years of history and perspective. But she finds plenty of new songs to lend her inimitable holler to, such as her stellar cover of the Gibson Brothers’ “I’m Dying to Someone to Live For”. It’s one of the year’s most pleasant surprises, a legitimately solid album from an 86-year-old who could have rested on her laurels 40 years ago. – Steve Leftridge 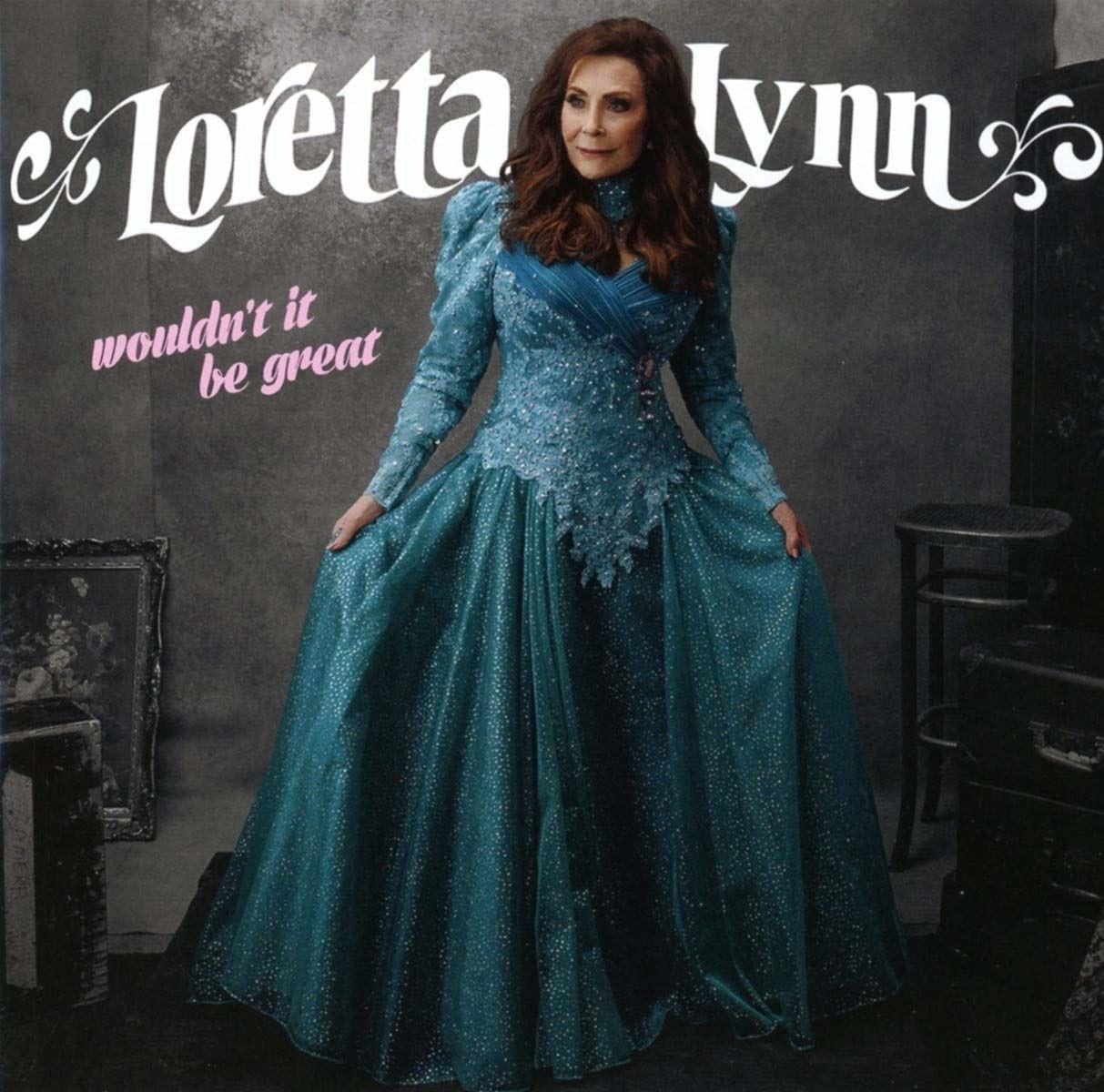 Forget bro country: Here are a couple of real brothers who put together an airtight record of sharp tunes, crisp musicianship, and lusty world-balls-grabbing. T.J. supplies the barrel-aged vocals; John slings the burn-the-stage-down Telecaster. Check out the guitar breakout in “Shoot Me Straight” and you’ll see why masses of classic-rock-loving millennials have gravitated to country music. Still, the Brothers O love their country forebears: They recorded the best song about Willie Nelson of the year (always a crowded field), they partied like the Possum, and they drank like Hank. And they even threw some love to Mickey Gilley. How many other new country bros are doing that? – Steve Leftridge 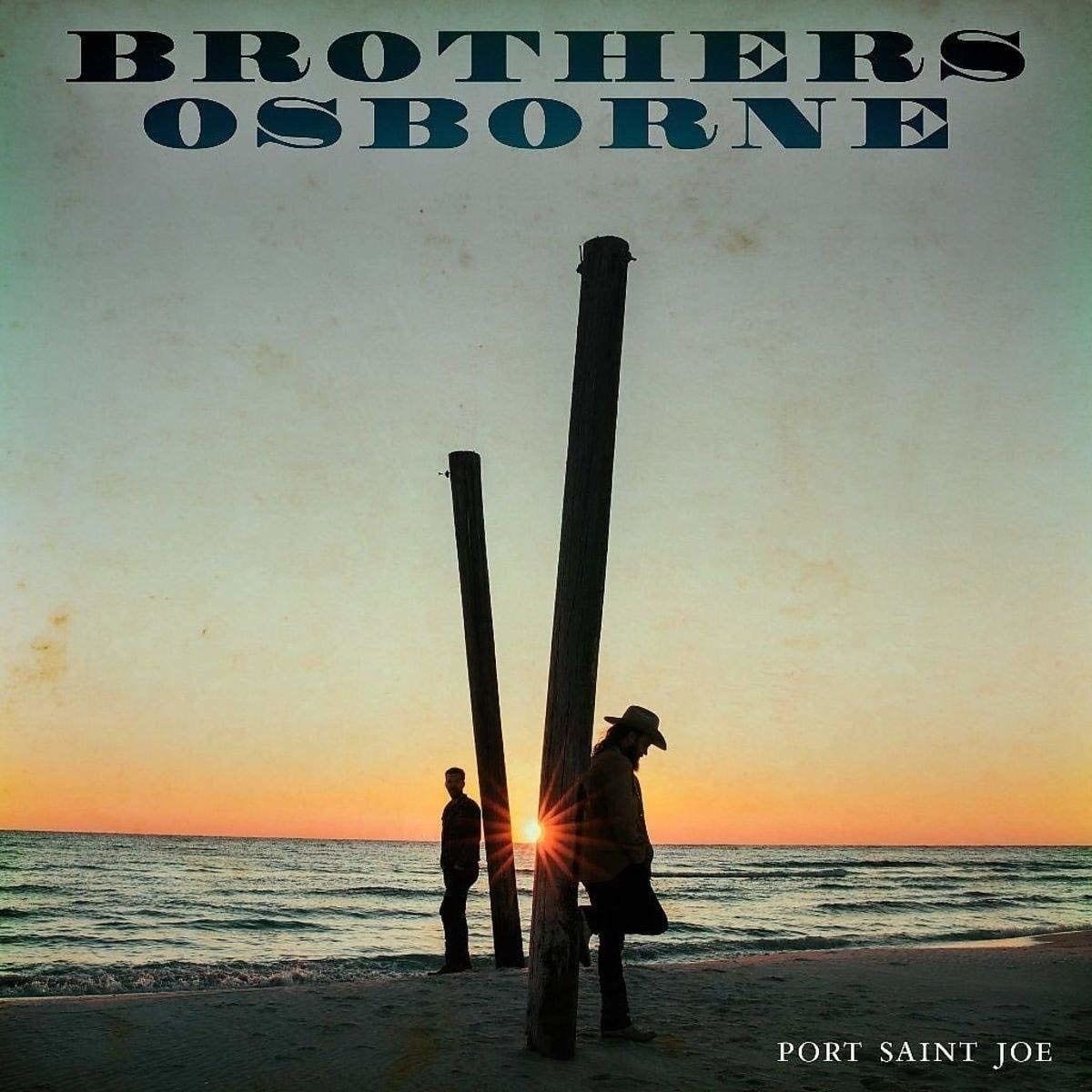 Willie Nelson has always been a straight shooter, and he’s always treated others with love and respect. But it seems Nelson has lost his faith in people these days. While Nelson claims he doesn’t want to be the Last Man Standing, he quickly acknowledges that maybe he does. He plans on living. “Maybe we’ll meet on the other side”, he muses on the title track. But then again, maybe not. Nelson co-wrote all 11 songs on the album with his long-time producer Buddy Cannon. Nelson writes and performs in a variety of styles, moving from western swing to country waltz, honky tonk, and other traditional Texas genres. Last Man Standing suggests Nelson has no intention of slowing down: The lyrics may express a disillusionment with the world today, but what or where else is there? He might be the one with “his head up his ass” and have breath bad enough to “melt the wall”, but it’s better than no breath at all. “Life goes on and on” he sings. Individuals may come and go. Willie is forever. – Steve Horowitz 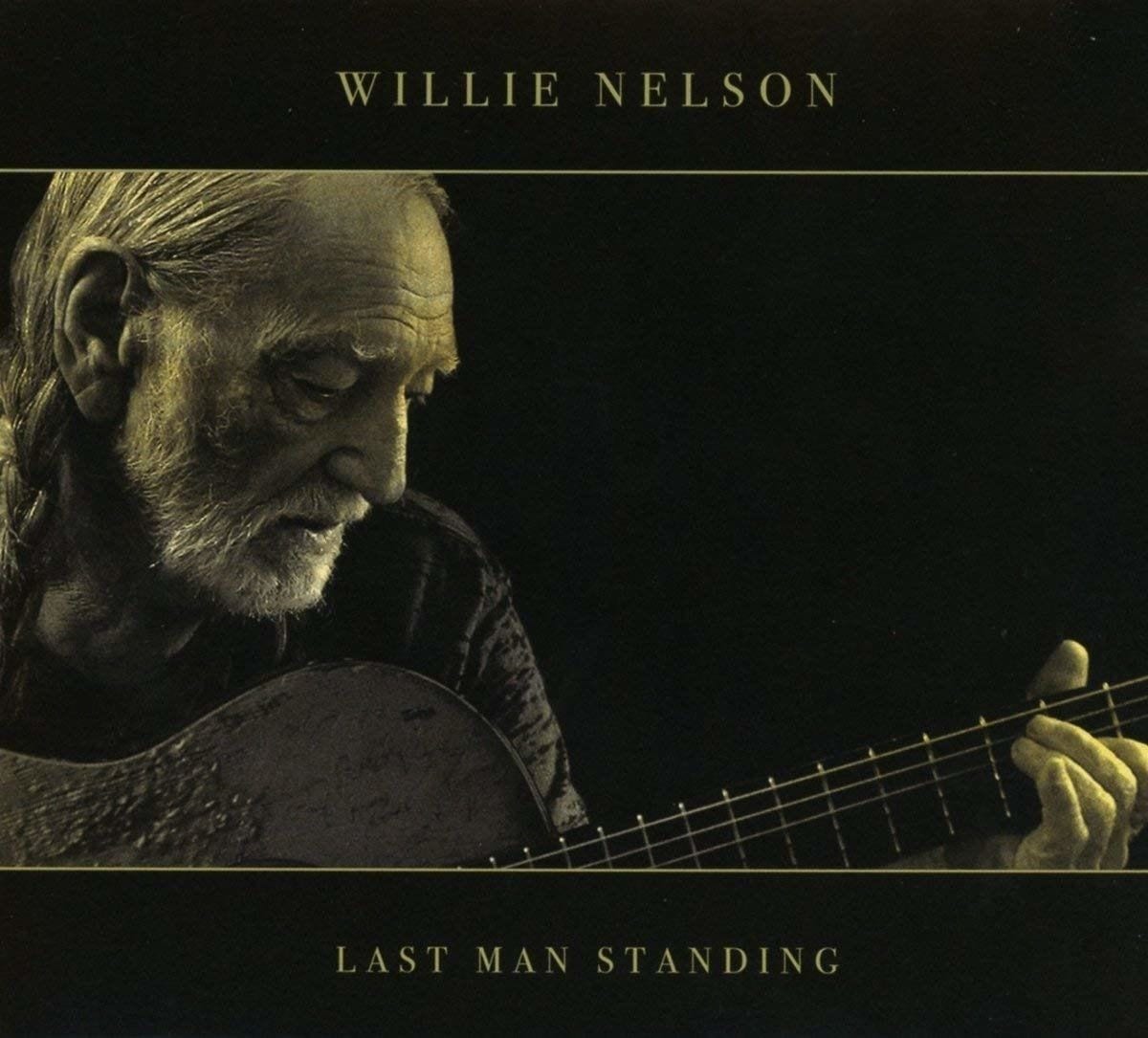 On Girl Going Nowhere, Arkansas-born singer-songwriter Ashley McBryde cites “Jack and Diane”, “Hotel California”, and a batch of other lyrical and instrumental references to past music as if they were signposts on the road of life. And indeed, they are. These markers provide McBryde with inspiration and a reason to hope. Whether she’s playing “A Little Dive Bar in Dalhonega” or dreaming of “El Dorado”, many of the life lessons she’s learned have come blaring out of the radio. While McBryde may allude to the past, she’s always moving forward. She sings “Home Sweet Highway” like she means it, understanding the charms and dangers of being a rolling stone. Despite the name of the record, her narrators are always going somewhere. In fact, the title song takes the sentiment about the narrator being unrealistic about her chances (“going nowhere”) and shoves it up her naysayers’ butts. McBryde’s characters may be tough, and even a bit coarse, but she endows them with the dignity of plain speech and honest desires. – Steve Horowitz 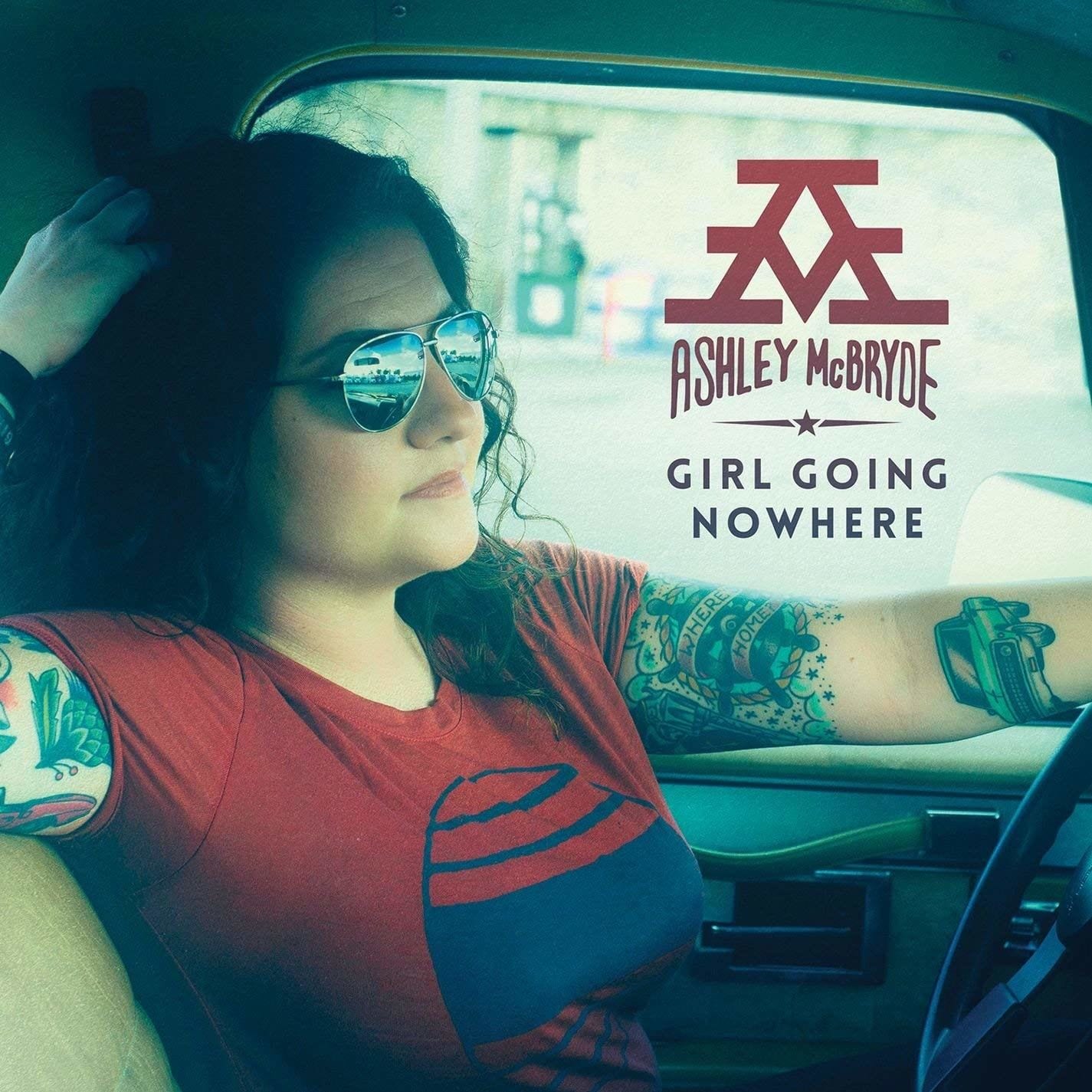 Brent Cobb is a born songwriter, lending a hydroponic drawl to 1970s-indebted country tunes with zero added ingredients nor compromises to modern platinum-country trends. On Providence Canyon, Cobb leans harder than usual into some tough shitkickery on groovers like “Mornin’s Gonna Come”, “If I Don’t See Ya” (the album’s most Allmansy song) and “.30-06” (with a nod to Bowie’s “Fame”). Plus, songs like “Come Home Soon” and the title cut are by turns expansive and cinematic and filled with the sunbaked beauty that made Cobb’s “Shine on Rainy Day” an instant classic. – Steve Leftridge 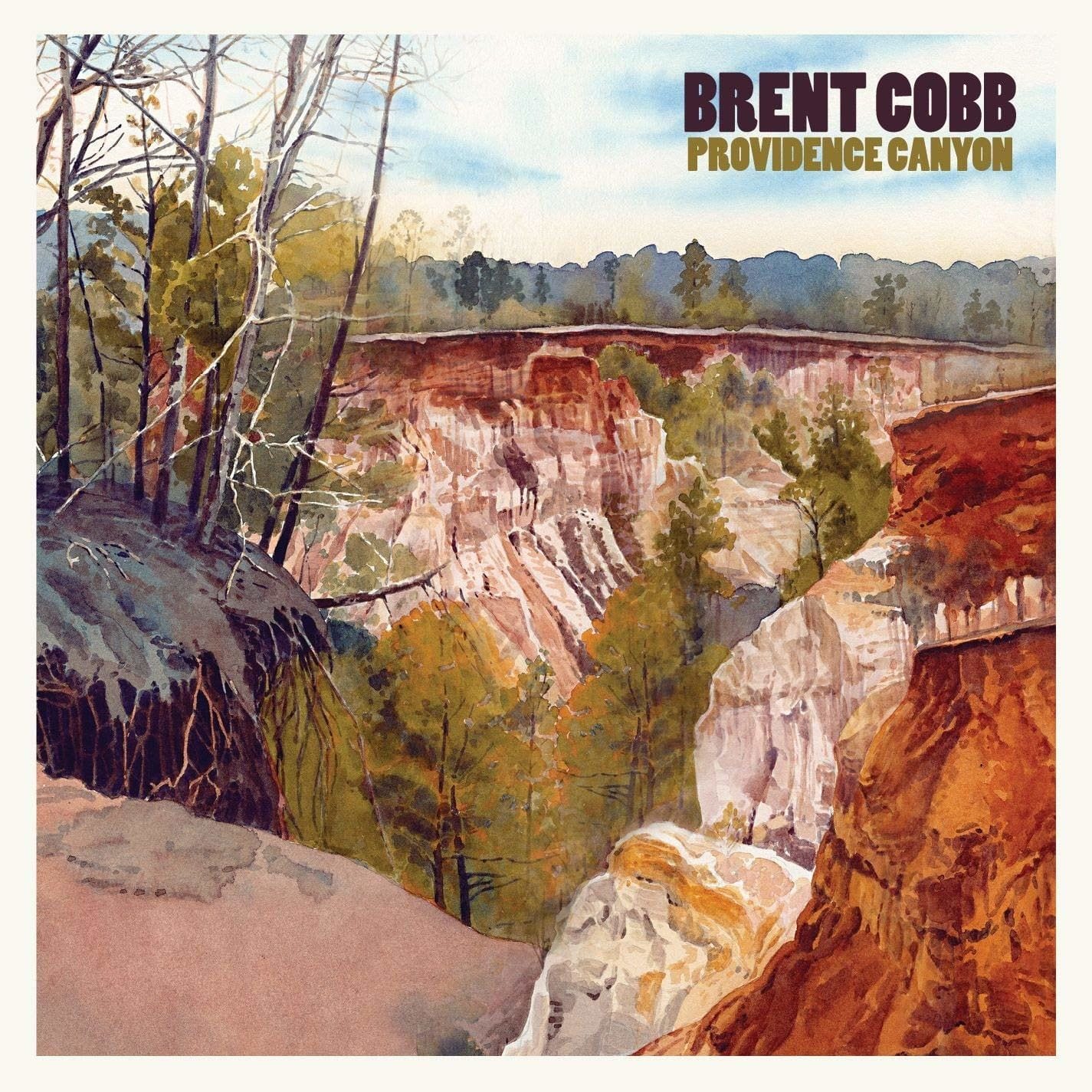 Ashley Monroe named her new album Sparrow. There’s no song by that name, but the title refers to the opening lines of the implicitly autobiographical first song, “Orphan”, about a bird with no home. Yes, Monroe’s beloved father died when she was a young teen, and she and her mother had to struggle. But Monroe is better than the humble sparrow. She’s more of a swan, a noble creature endowed with beauty, grace, style, and strength. She’s also a helluva singer with a voice that could compete with anyone of the avian species. Monroe also has a corporeal manifestation and gets down and dirty. She sings, “I wish I would have laid my hands on you / Showed you a thing or two” with an earthy intonation that contrasts with the celestial string accompaniment. And on the more cinematic atmospherics of “Wild Love”, her tale of forbidden romance has a strong ecstatic bite to it. She takes what’s given with an appreciative glee. – Steve Horowitz 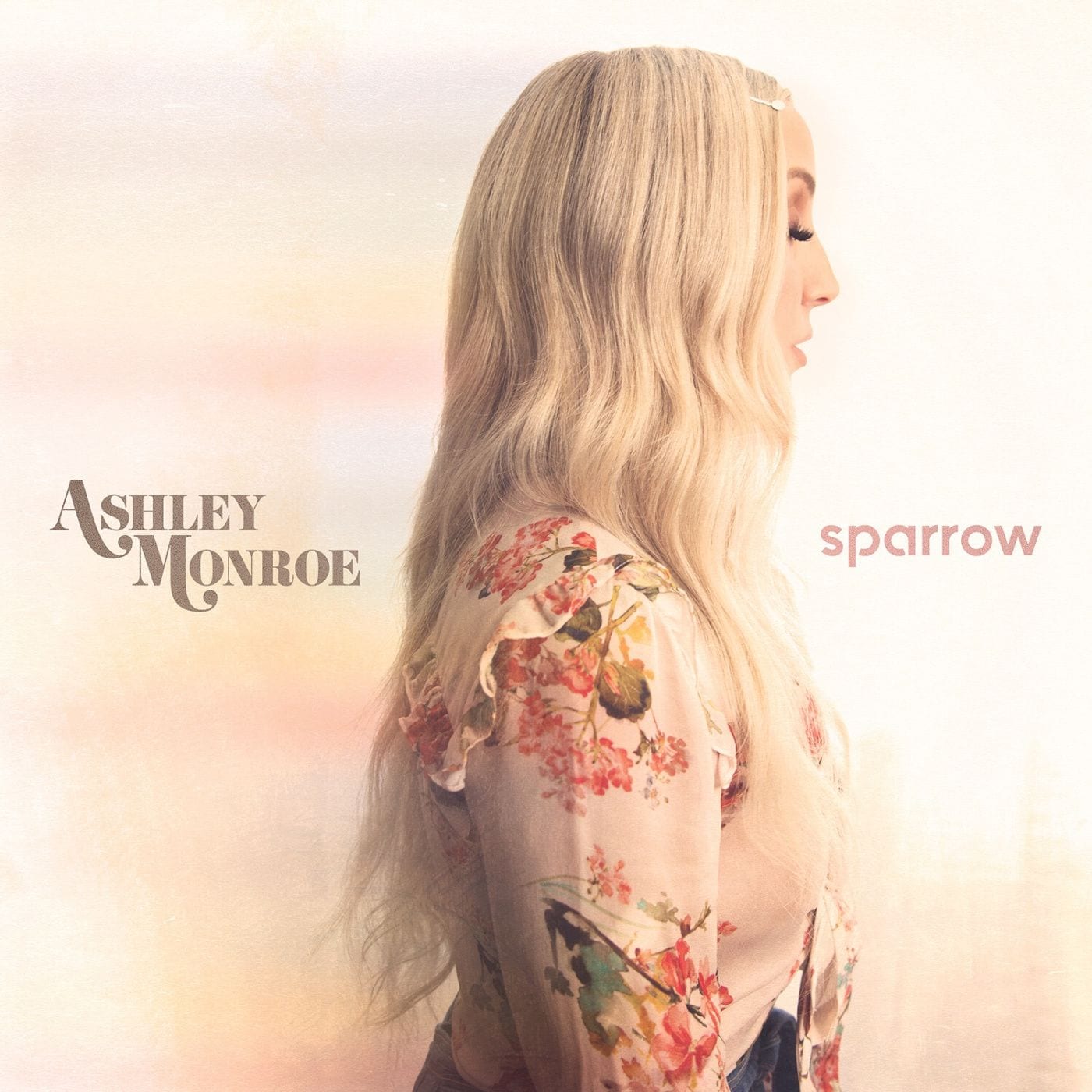 Eric Church doesn’t sound particularly distressed on Desperate Man, but he’s not that relaxed either. He worries about the state of politics, monsters that live in one’s head, the crap that gets played on the radio these days, and more, but he maintains a mature perspective on everyday existence. He understands that in many ways contemporary American life sucks, but he knows that these are also the best of times. That’s the way it is and maybe the way it always has been. More importantly, Church realizes the power of the human voice, an electric guitar, and a solid beat to soothe the savage beast inside of us all. There is something almost primal about the way the songs on Desperate Man grab listeners with a good funk line and then insist on appealing to the heart and brain as well. Church doesn’t want your empathy or even to be your friend. He just wants to move you and make you think more compassionately about yourself, others, and the times in which we live. – Steve Horowitz 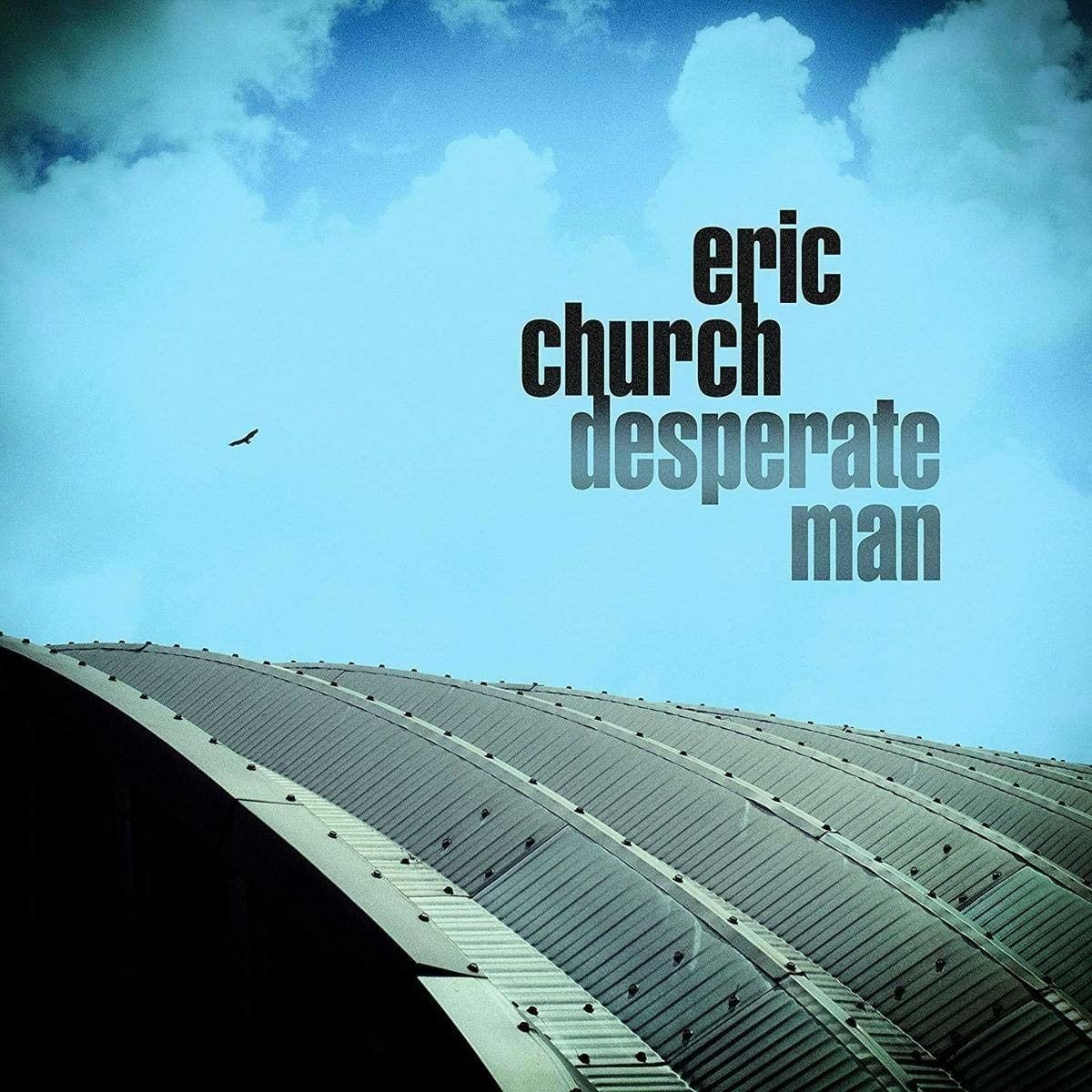 In a triumphant return to the scene, the Pistol Annie’s Interstate Gospel contains one superior song after another from three of country music’s premier singer-songwriters. Lambert is the superstar, Monroe makes our list twice this year, and Presley is the MCA of the trio, adding a smoky counterpunch to the sweet upper registers of her partner Pistols. The ladies sound awesome together, and the record is full of delightful touches, like those Andrews Sisters harmonies at the end of “Got My Name Changed Back” and the mariachi horns on “Leavers Lullaby”. A beauty from start to finish, Interstate Gospel contains no weak spots, either musically or emotionally, as the Annies call all the shots, from reclaiming their identities after a divorce to finding plenty of pool-table cowboys to love them. Corporate radio might ignore these Pistol-packing mamas, but the trio proves that that’s only because they are too cool to fit into anyone’s mold. – Steve Leftridge 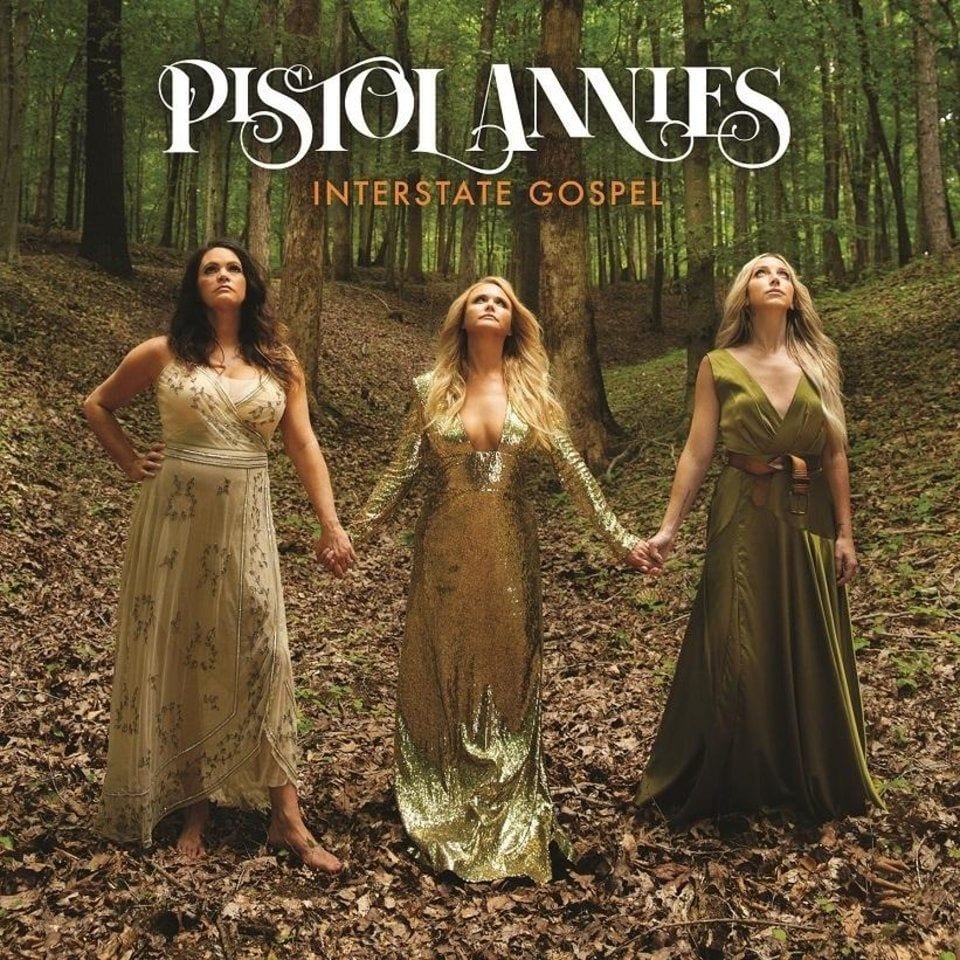 Kacey Musgraves’ Golden Hour is gloriously all over the place. Musgraves sings unaccompanied and plays solo piano on songs about her mother and rainbows; uses synths, vocoders, and electronic effects to create pop psychedelic tunes about love, nature, and butterflies; pumps a disco beat to infuse a nasty edge to tracks about men too full of themselves, and more. She combines a wide range of different musical styles in service to her songs (mostly) of self-discovery. As the co-writer of the baker’s dozen of cuts on the album, Musgraves is at the center of it all. The small-town, East Texas artist holds it together with her strong sweet voice that shimmers and aches as needed to display pride, intelligence, wonderment, and deep emotional connections. Whether she’s singing about the pleasures of a “Slow Burn”, the ache of a “Lonely Weekend”, the promise that “Love Is a Wild Thing”, or just the epiphany of “Oh, What a World”, Musgraves winningly captures the listener’s heart, mind, and soul. – Steve Horowitz 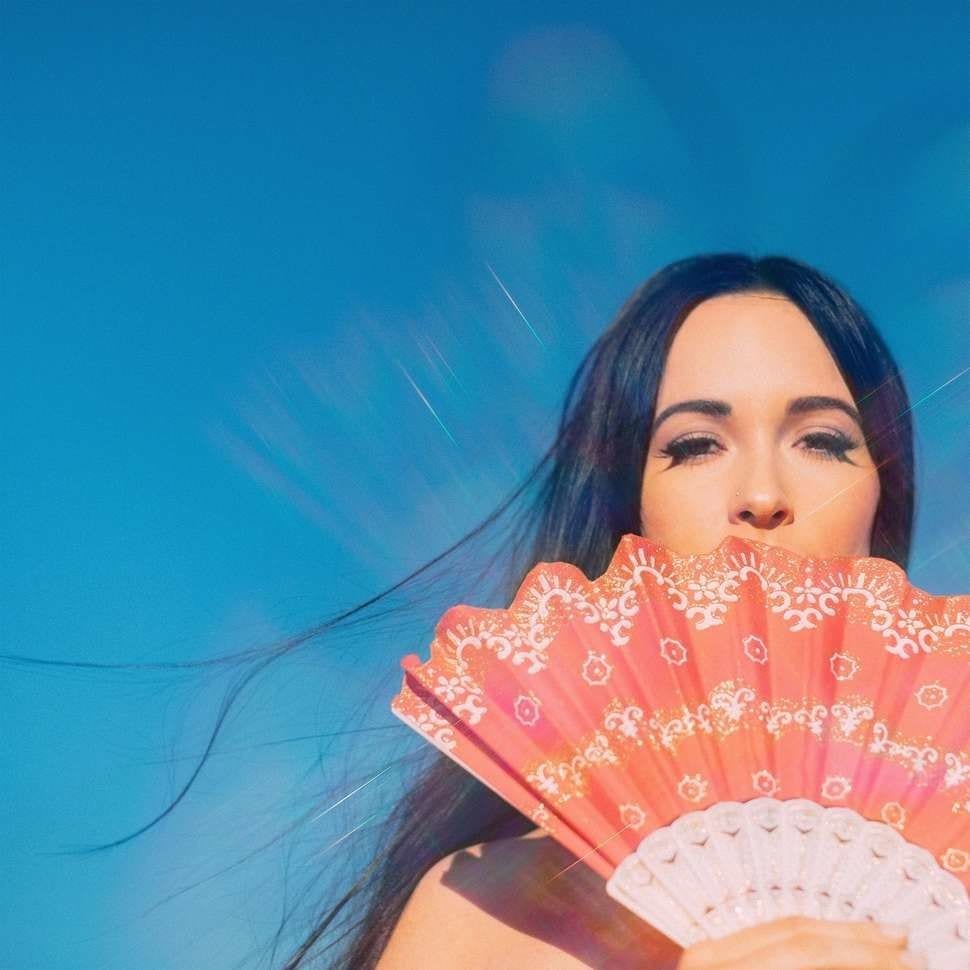