Real talk: year-end list-making is unfair, even cruel. We treat the year as 11 months. We pretend like we’ve heard all or most of the noteworthy music that came out in the year, even with the current number of music delivery options and decline in reliable sources of curation. We act like one person’s opinion is the cold hard truth when it’s built on whims, gut feelings and personal preference.

In 2018 making a list especially felt like an exercise in leaving great music out. There’s the world of amazing music I heard, and the no-doubt vast expanse of amazing music I didn’t hear. To wit: my #1 indie pop album choices from 2017, 2016 and 2015 were by artists — the Ocean Party, Frankie Cosmos and Advance Base — who in 2018 released albums as good as those, at least, yet I didn’t select them this time.

The same is true for a host of other acts I’ve celebrated in past lists who released fantastic, even adventurous new albums this year: Of Montreal, Nicholas Krgovich, Pete Astor, Club 8, Fred Thomas, Jonathan Richman, Math and Physics Club, certainly others. List-making is illogical. What feels like celebration is also exclusion, necessarily.

What’s here, on my 13th annual attempt to showcase and define (or avoid defining) indie pop, through celebration and exclusion, are brand-new acts, fairly new acts, and a longtime favorite or two. All of these albums feel at once brand-new and heartwarmingly familiar. Though some cram in loads of musical ideas, most glide along on the eternal power of a melody delivered with grace and panache. There’s a lot of brightness, but also the messiness of being alive in 2018.

10. The Spook School – Could It Be Different? (Slumberland/Alcopop!) 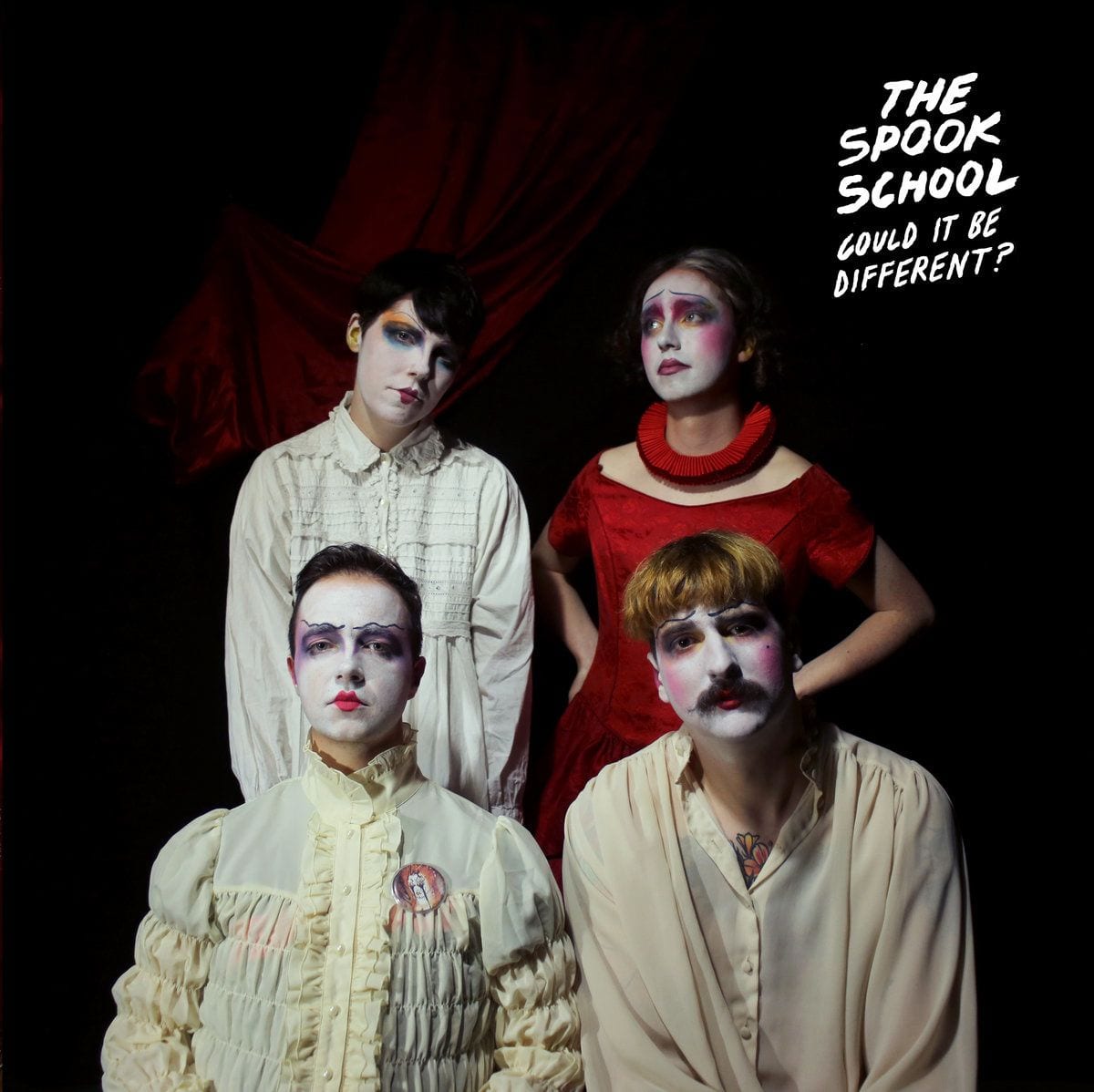 The third album from Edinburgh, Scotland’s the Spook School feels especially of-the-moment for a genre that often dwells on universal emotions. Pumped-up survivor songs and defiant, anti-hegemony anthems ring powerfully true right now, especially when delivered so confidently yet tenderly, and with so many catchy hooks. The mid-album sentiment “it’s been a bad year” is going to hit the majority of their listeners where they’re at. I find the album super-hopeful because of its lack of empty optimism; things suck, the hope lies in the striving. 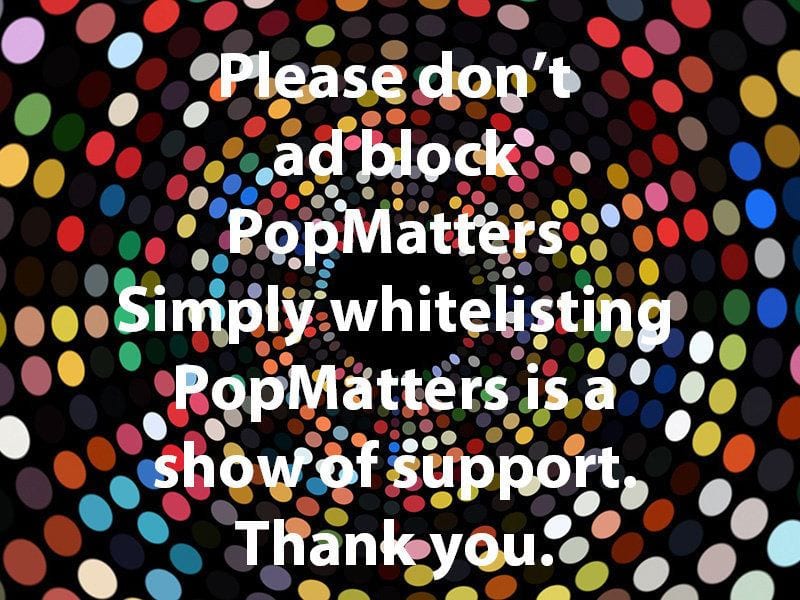 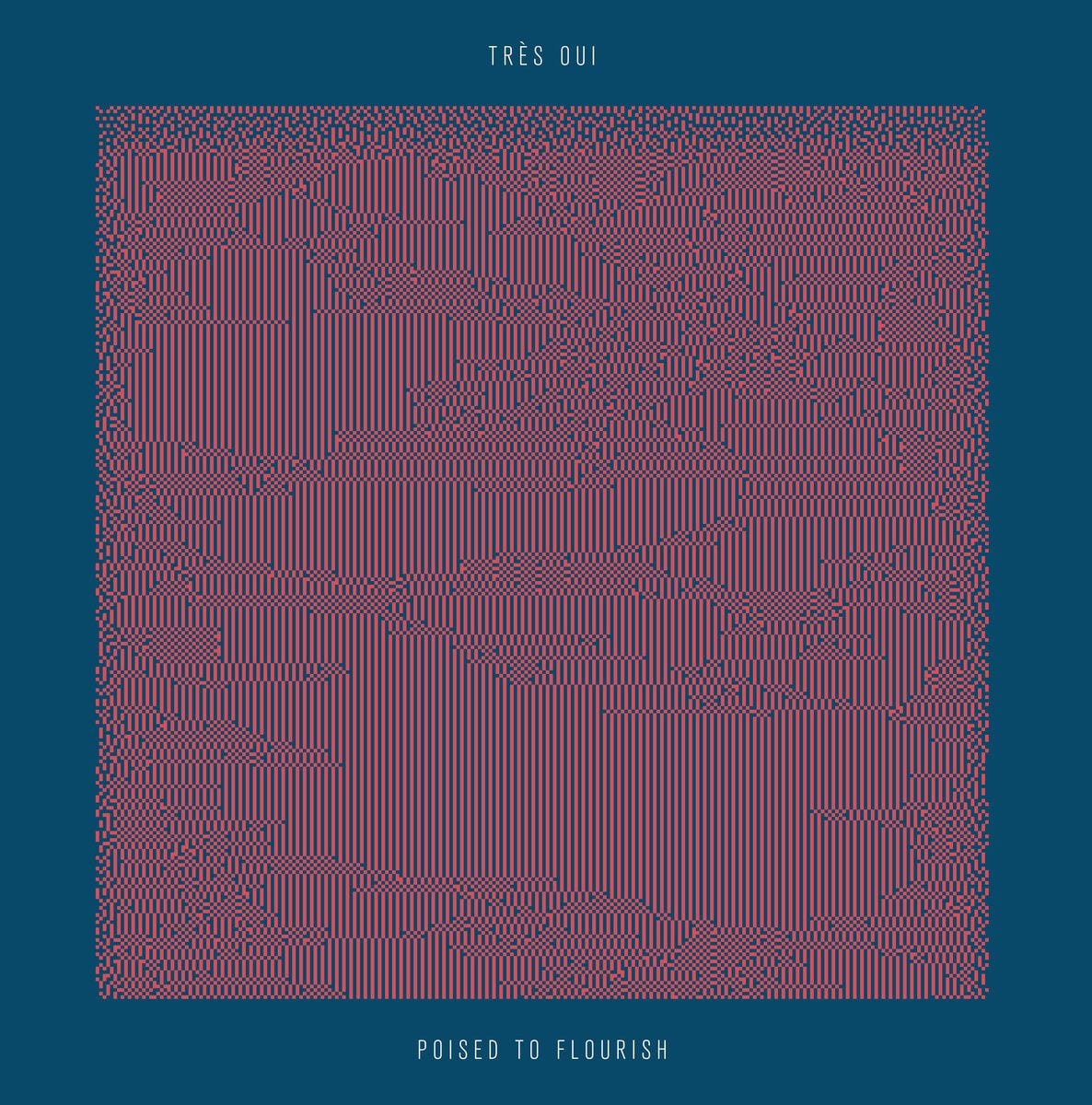 Poised to FlourishPoised to Flourish is the thoroughly compelling debut album by the Austin, Texas uptempo pop-rock band Tres Oui, which evolved from past-favorite Literature. They’ve got jangly guitars, attractive melodies, an overall pretty yet bittersweet tone, and a sense of humor. There’s a song about holding a séance to talk to friends you miss, one with the memorable image of “Red Wine & Dry Ice”, and multiple songs that maintain a feeling of longing within a song that’s musically skipping along with glee. There’s a dream-pop band hiding somewhere within Tres Oui, and other ’80s “alternative” subgenres, yet the music’s very present in the current moment (not retro).

8. Say Sue Me – Where We Were Together (Damnably) 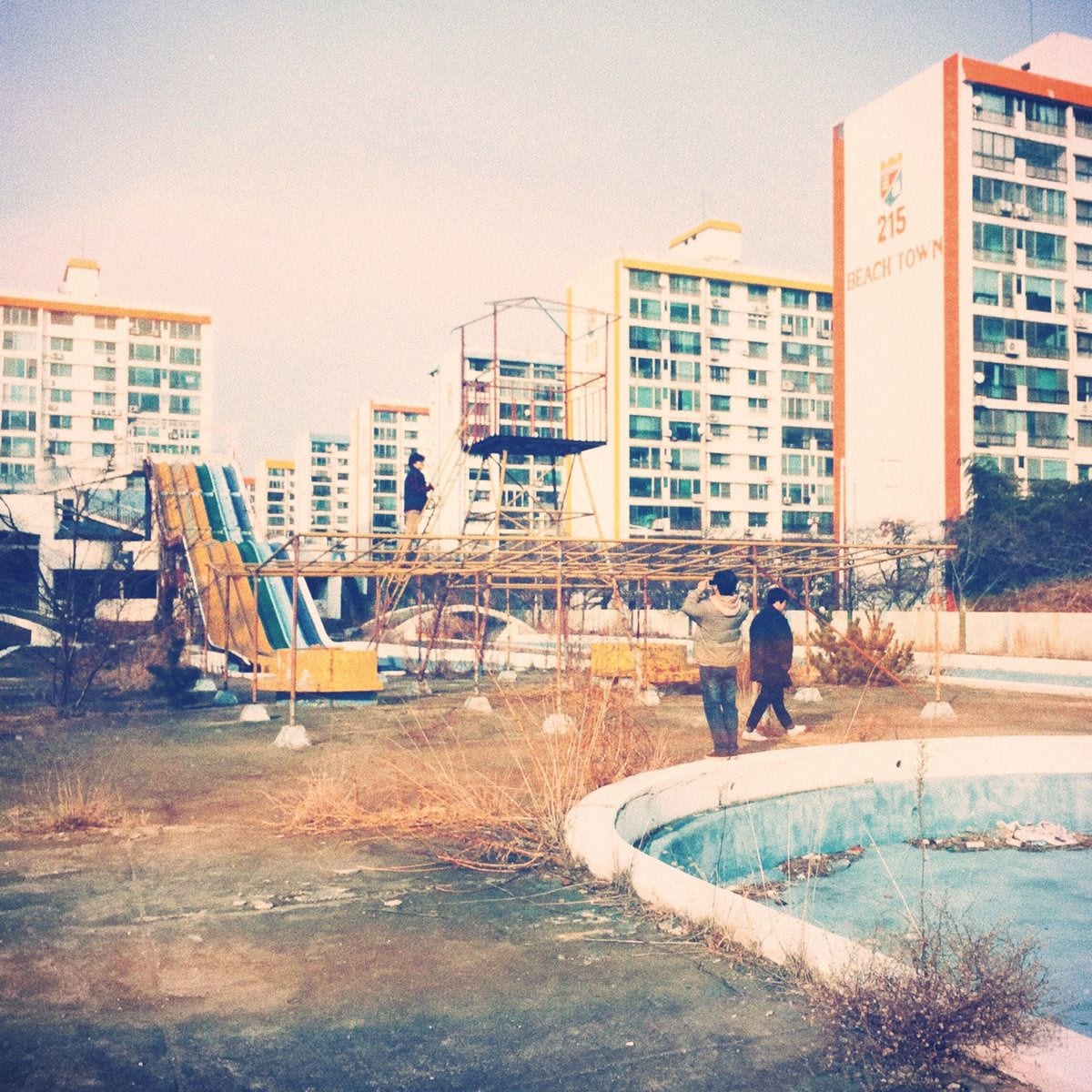 Another bright spot in 2018 was ‘discovering’ Say Sue Me, a straightforward but constantly fun and rewarding indie-pop band from Busan, South Korea. That is, if your idea of fun includes room for sadness and darkness. Their second album Where We Were Together begins like a lovely imitation of guitar-oriented indie-pop styles from the late ’80s and early ’90s, very hook-forward but carrying a dreaminess in the vocals. As the album proceeds, they tilt in noisier directions, towards Ramones-ish surf-punk, garage rock and full-on shoegaze. 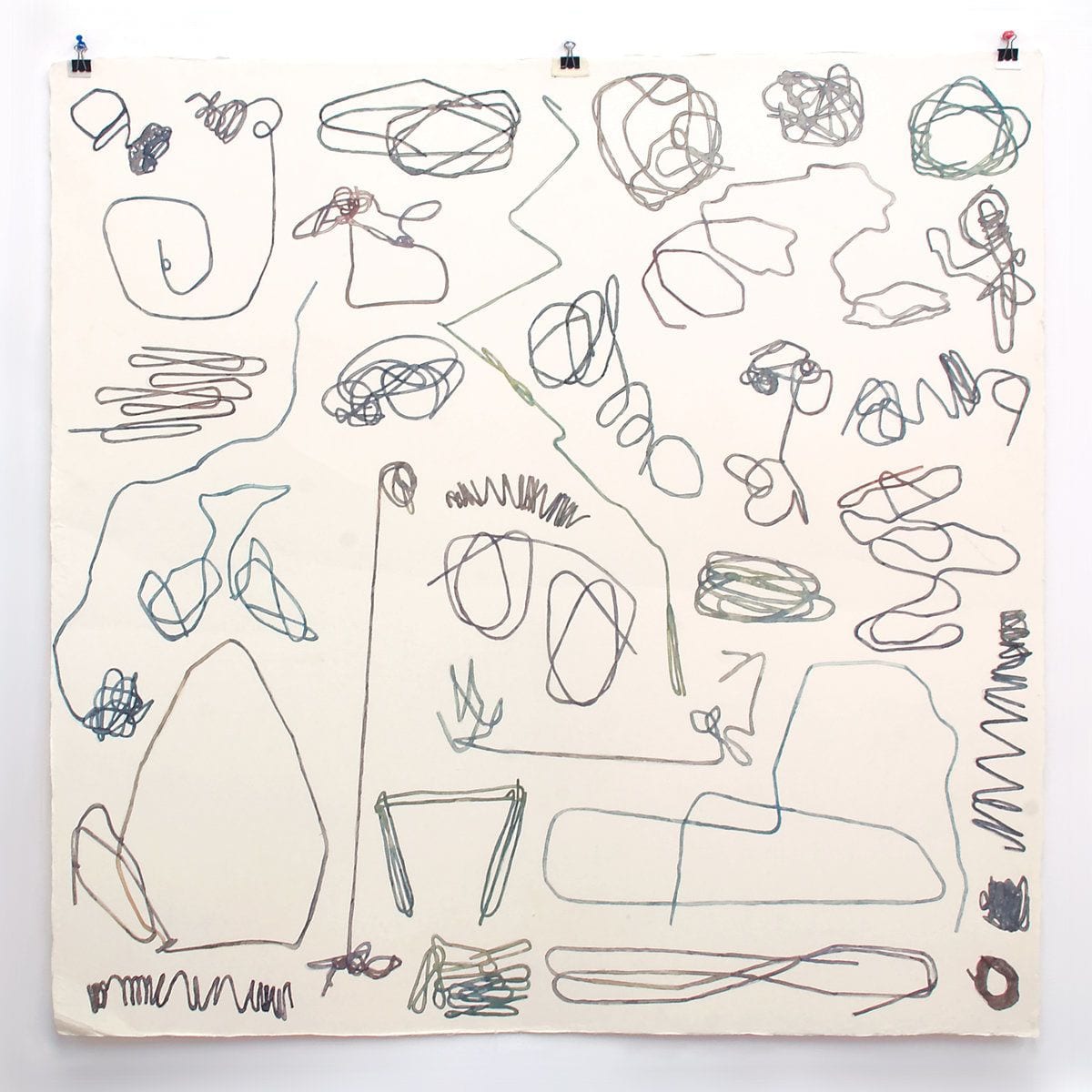 One of the most refreshing and exciting debut albums of the year came from Massage, five friends from Los Angeles, including original Pains of Being Pure at Heart member Alex Naidus and journalist Andrew Romano. Their sound is classically indie-pop (in a Flying Nun, somewhat jangle-pop direction), but with their own style. What they do so well is streamlined pop/rock with a casual/intimate air – great melodies, a friendly vibe, the ability to ride an overall enjoyable groove that you don’t want to ever end, and occasionally then strike and emotional or tuneful nerve that takes the song to the next level. 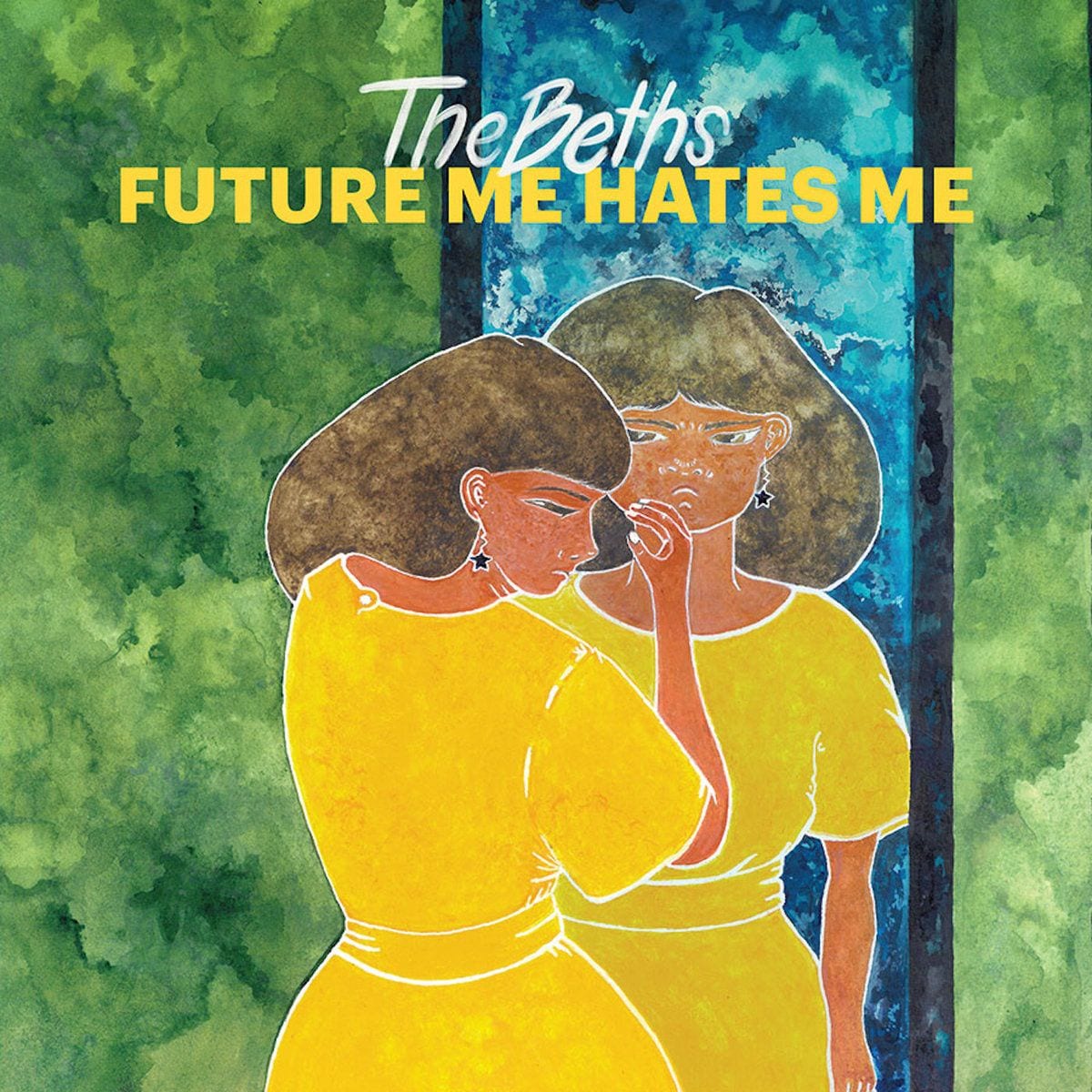 In a way, the punchy, very ’90s pop-rock of New Zealand’s the Beths might be some of the most familiar-sounding music on this list. But what a sound, especially when driven by such killer melodies and seamless, detail-oriented songwriting. These are some of the best singalong songs of the year, and what gloriously dark yet tender sentiments we’re singing along to! Singer Elizabeth Stokes gives voice to self-doubt in a way that puts us right there with her, for every hangover and heartbreak, every somewhat whimsical thought of suicide. The songs propel breathlessly, exploding at the album’s end.

5. Clay Hips – Happily Ever After (Annika) 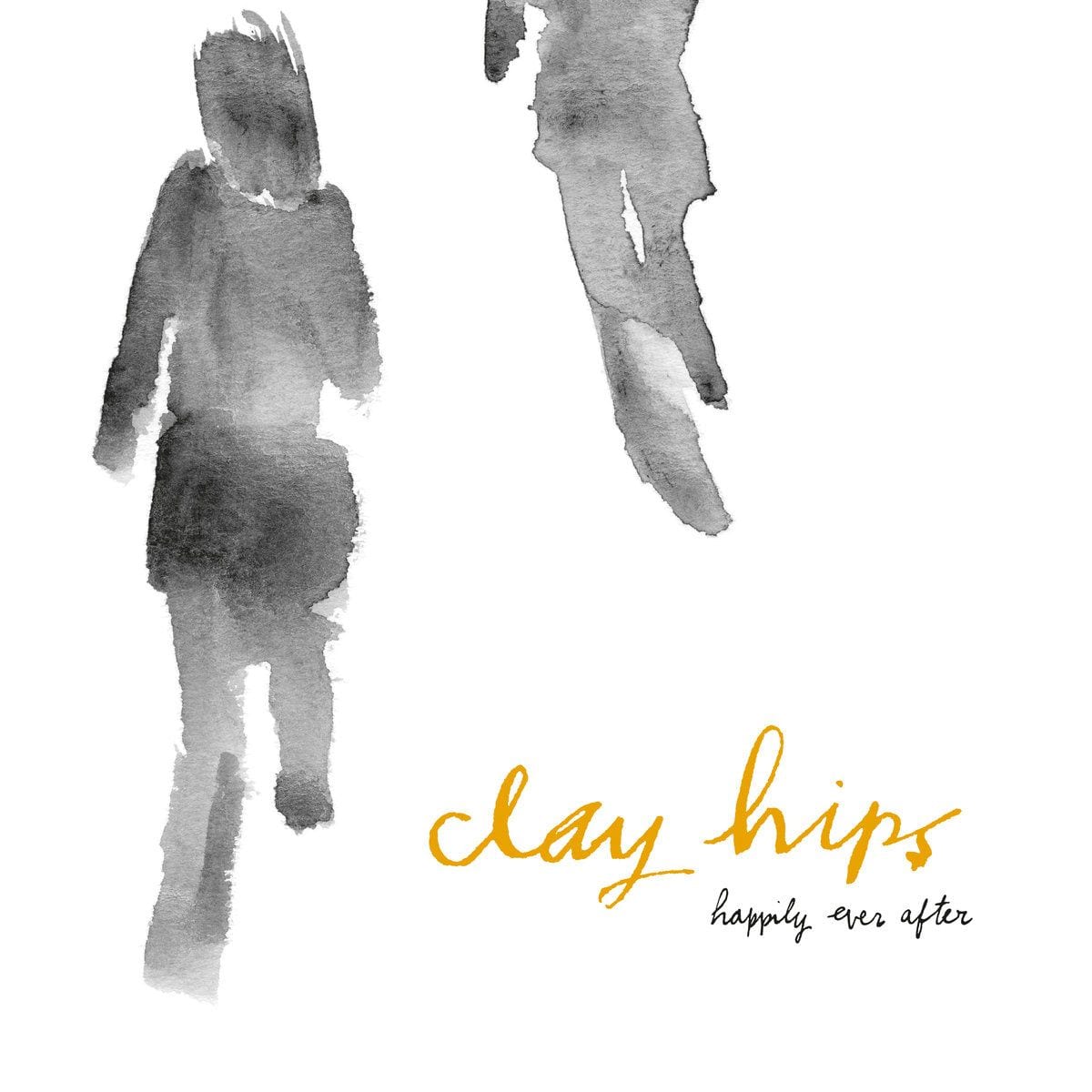 Happily Ever After delivers gorgeous, sullen orchestral pop for the autumn/winter state of mind, courtesy of a ‘new’ duo that’s been working towards this first album for a good decade. Andrew Leavitt and Kenji Kitahama (aka Brent Kenji) shouldn’t be new names for indie-pop fans – their group The Fairways released numerous daydream-pop records back in the late ’90s/early ’00s; and there have been fine related bands like The Young Tradition and Friedrich Sunlight since then. Clay Hips’ debut is such a lovely exploration of the pursuit of dreaming, even when those dreams will inevitably go unfulfilled. Romantic disillusionment, the inevitability of failure – perfect subject matter for bittersweet but somehow hopeful pop music. Within that zone there’s more stylistic variety than you’d at first expect – the Simon & Garfunkel/early Belle & Sebastian vibe occasionally turns more rustic, more Tin Pan Alley, more UK folk than “indie” of today. The final track title “Gone Too Fast” nods towards what the listener might be feeling about the album, while summarizing the overall mood of magic appearing and disappearing. 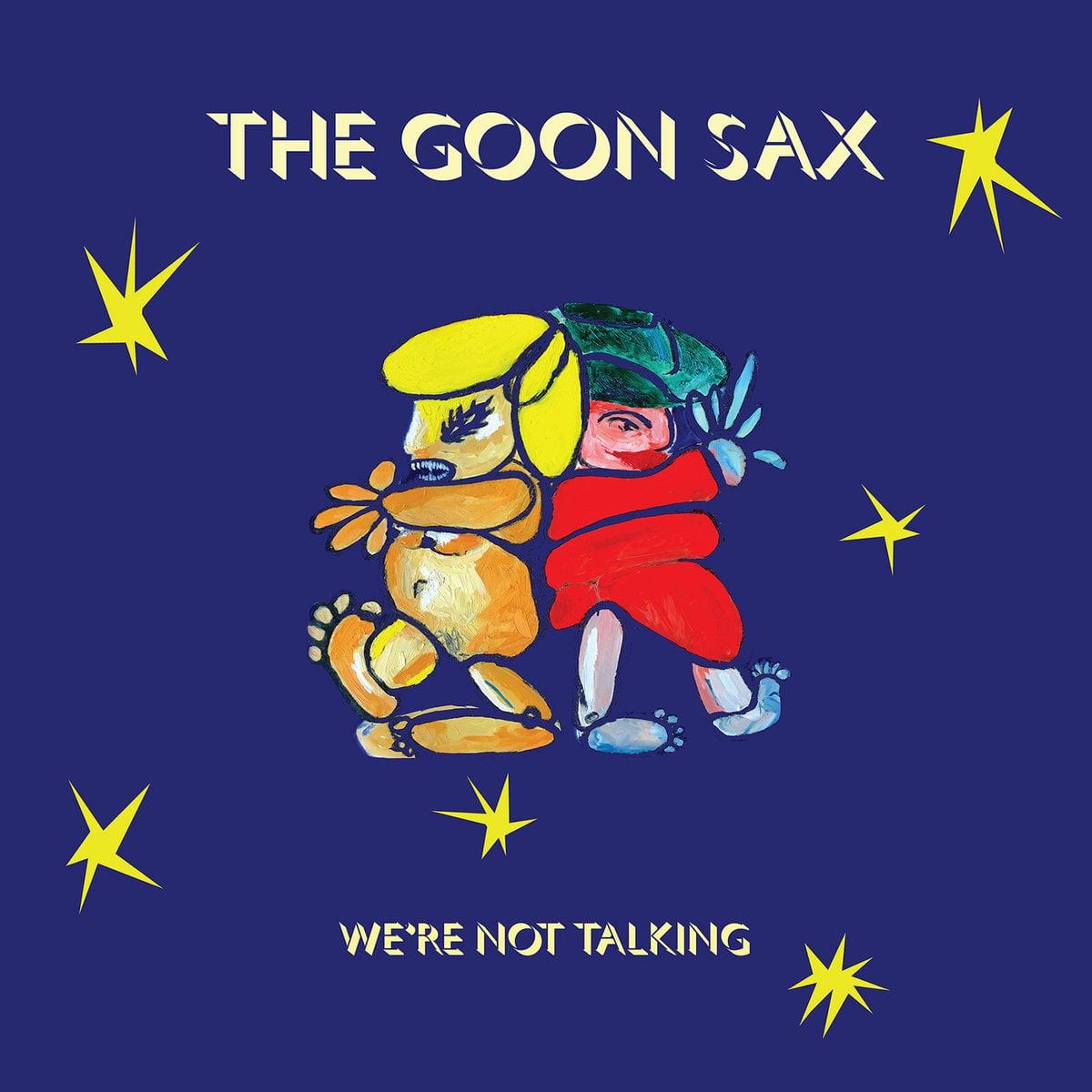 With their second album the Goon Sax again take a youthful dive right into the sort of classic indie-pop from the ’80s and ’90s that music fans and collectors hold dear, cherish as ‘their music’. This Australian duo has all of the magic and rough edges that generate that feeling of ownership and community; they’re following a somewhat well-worn path, but writing songs and performing them with the sort of energy and misshapen accuracy that makes the similarities to the past not irrelevant, but not a problem. The past might be inseparable from their appeal, but in a way that doesn’t detract from songs like “Make Time 4 Love”, “Losing Myself” and “We Can’t Win” meeting you in your day-to-day life and charming your pants off. 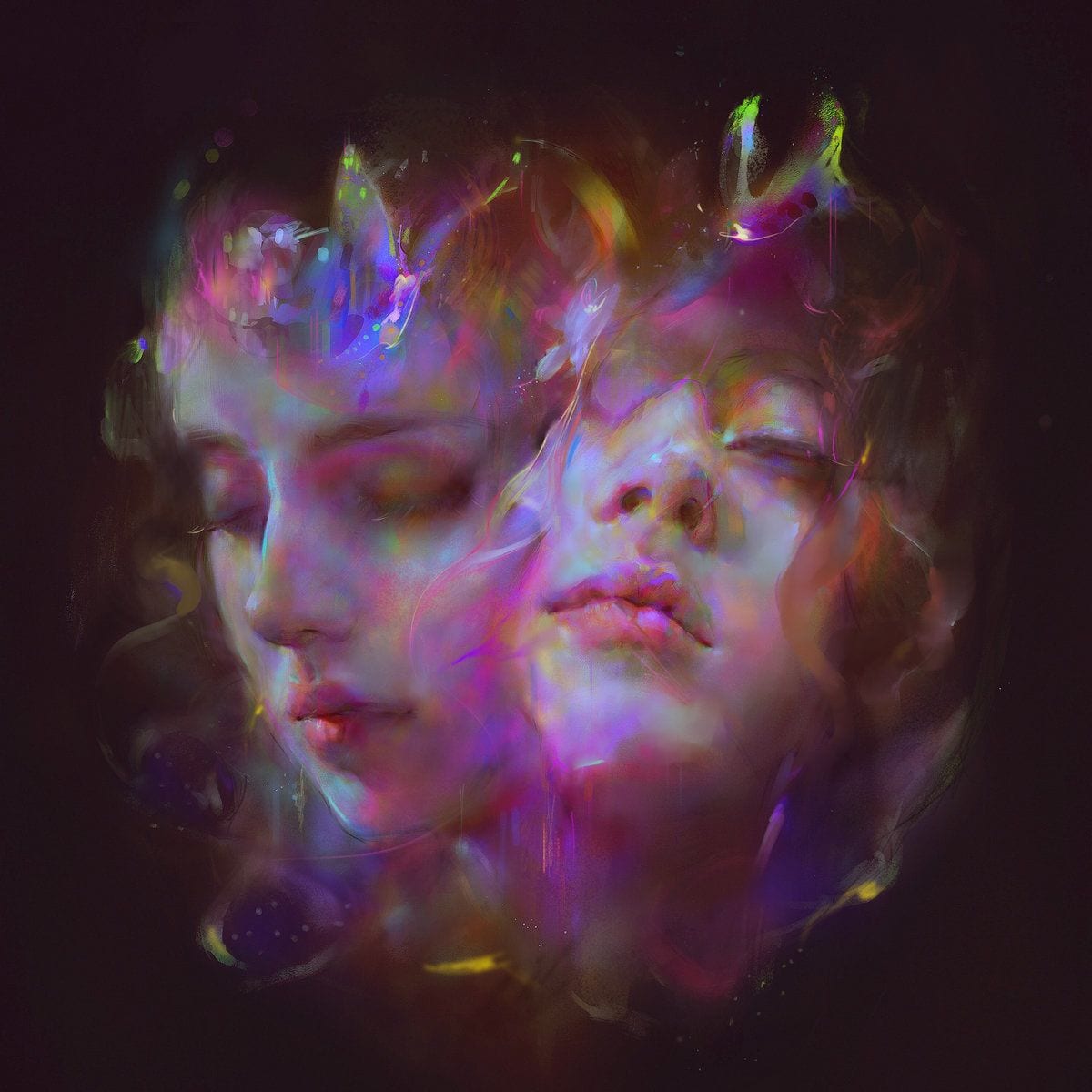 I’m All Ears is the outlier on this list. More so than the others, the British duo Let’s Eat Grandma (their name a grammar joke) is interested in messing around with elements of current mainstream pop music, even getting experimental with the genre-mixing – ’80s-style synthpop hitting up against clutter and rhythmic noise, with intergalactic trip-hop and a bit of New Age dabbling somewhere in the mix. This is independence in the blaze-your-own-path sense, and exciting for it. There’s a 38-second instrumental about a missed call (itself almost ringtone-ish), some superb tuneful anthems (“It’s Not Just Me”), and it ends with an 11-minute ramble/synth-jam named after the film “Donnie Darko”. Surrealism, nonsense, declarations of love, stand-up-for-yourself anthems, they all blur together in their hands. 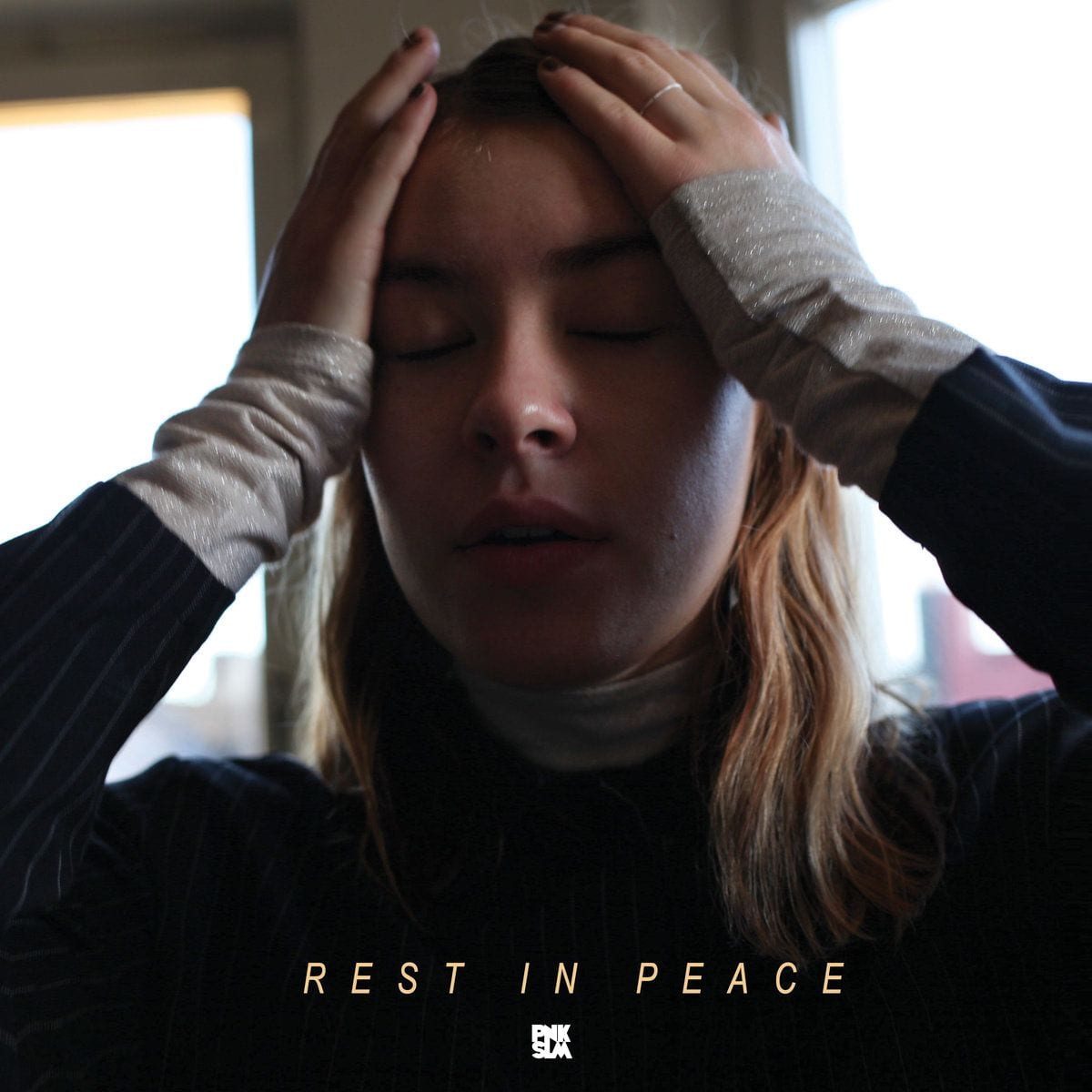 Nora Karlsson, aka Boys, is based in Stockholm; her debut album has all the hallmarks of the next great incarnation of the Swedish DIY synthpop tradition. The eight songs on Rest in Peace have cinematic presence, the right mix of sadness and romance, gorgeous tender singing, and the rush of grand pop singles, the kind I’d love to hear emerge from a jukebox in a bar, come across the radio airwaves unexpectedly, or, basically, come out of the shadows and play loudly at any point in my everyday life. Let’s make this the soundtrack for life, can we? 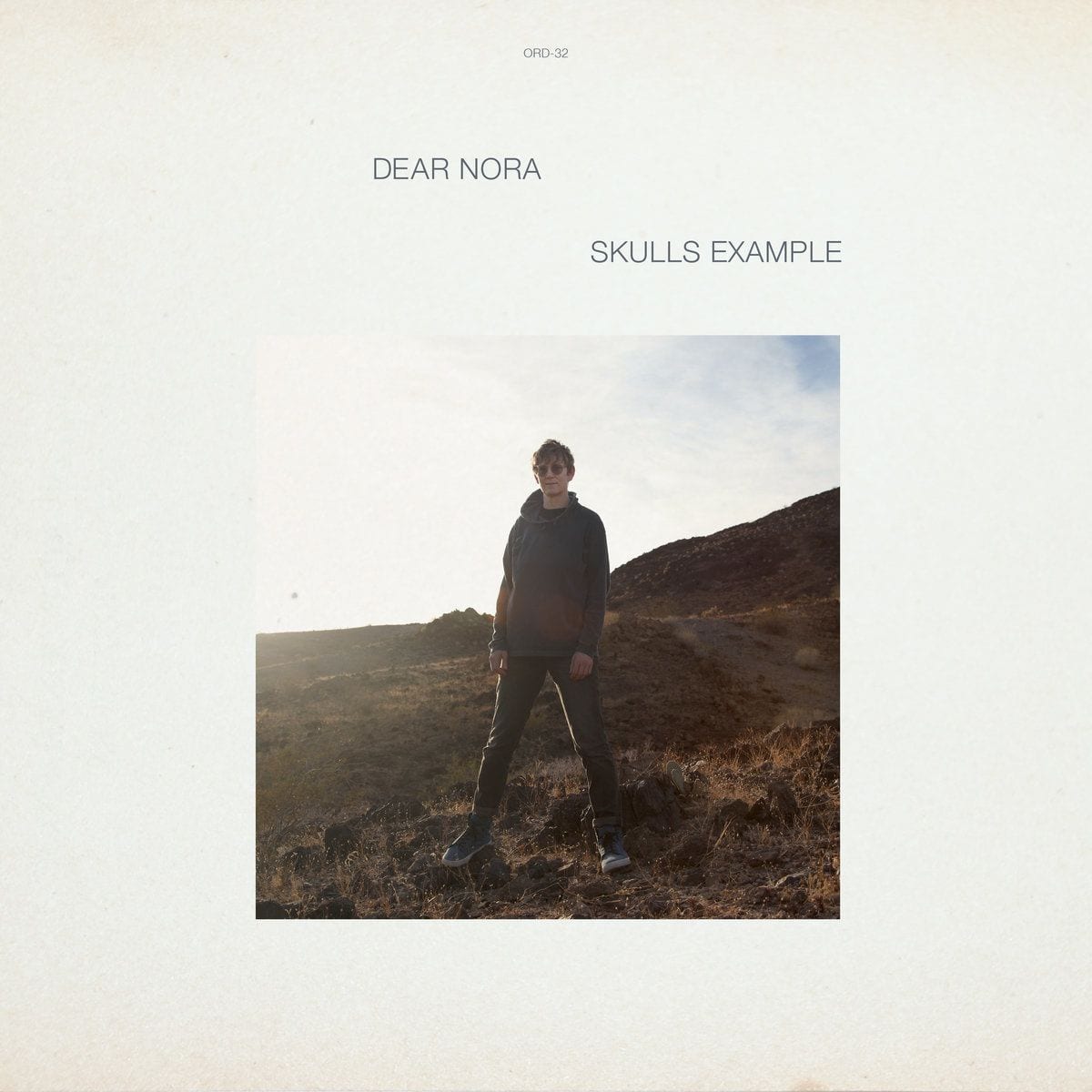 Back in 2001, I reviewed Dear Nora’s debut album We’ll Have a Time¸ writing that the group’s chief concern was “producing the catchiest melodies and backing them up with pretty harmony vocals and some simple guitar strumming.” Leaving me scratching my head, after that album Katy Davidson took the project in a different direction – out into the wilderness. Dear Nora’s second and third albums, 2004’s Mountain Rock and 2006’s There Is No Home, had great melodies but also seemed to purposely fight against the idea of tunes-for-tunes’ sake, forsaking simple pleasures for challenging metaphysical and environmental questions and observations, through a playful psychedelic-naturalist lens.

Now, 12 years later, comes the perfect blend of all of those inclinations and inspirations. Skulls Example takes every great thing about every previous Dear Nora record, contradictions and quandaries and all, and channels them into something new, a work that feels so relevant for our time yet timeless in its concerns. And, instead of abandoning pop tunefulness, she’s turning it in a new, delightful direction. Her most genre-playful work, it has ample insights and questions to offer about our current confusing era and where it might fit into the big sweeping expanse of time and space. Skulls Example is also melodic and pretty and … all the things.