Take the music world as a whole, and 2019 seemed marked by the continual movement towards genre agnosticism or at least purposeful genre blurriness. When it came to daily music-listening, in 2019 I found fewer reasons to focus on any one particular genre, considering how many interesting and strange developments there have been in music of all stripes (“indie” and “mainstream”), including music whose ‘stripes’ are hard to pin down.

As the dominance of guitar rock has faded among indie-leaning audiences, there has also been a spreading into the mainstream of sounds that would have been easily described as indie-pop a decade ago. Indie-pop styles show up in TV commercials, Hollywood movie soundtracks, and within mainstream pop and country hits.

Instead of diminishing the importance of “indie pop” as a separate category, those trends do the opposite. It’s the perfect time to shine a light on distinctive, idiosyncratic pop acts oriented towards DIY self-expression. That instinctive, self-directed, ‘amateur’ creative impulse is as vital as ever — not to mention as important to showcase, even while pop music at large is built from a host of other impulses, interdependent and even conflicting.

2019 — the 14th year I’ve attempted to summarize the year in indie-pop — again brought a wealth of music within this segment. The artists on this list lean in varied directions, gaining inspiration from forbearers across the last few decades – post-punk sounds, the original UK ‘indie-pop’ scene, dream-pop, stylish pop hybrids (e.g. Stereolab), melancholic singer/songwriters, 1980s top 40 superstars, etc. None are content with replicating those inspirations wholesale; there’s a pervasive sense of gleeful messing-about along with the reverence for the magic spark they felt when they heard their own favorite music the first time. To quote from the first track of the first ‘honorable mention’ album below, every one of these musicians is, in their own way, “chasing that feeling”.

The Catenary Wires’ ‘til the Morning [Tapete]

The Leaf Library’s The World Is a Bell [WIAIWYA]

Monnone Alone’s Summer of the Mosquito [Lost and Lonesome]

Rocketship’s Thanks to You [Darla]

10. French Vanilla – How Am I Not Myself? [Danger Collective] 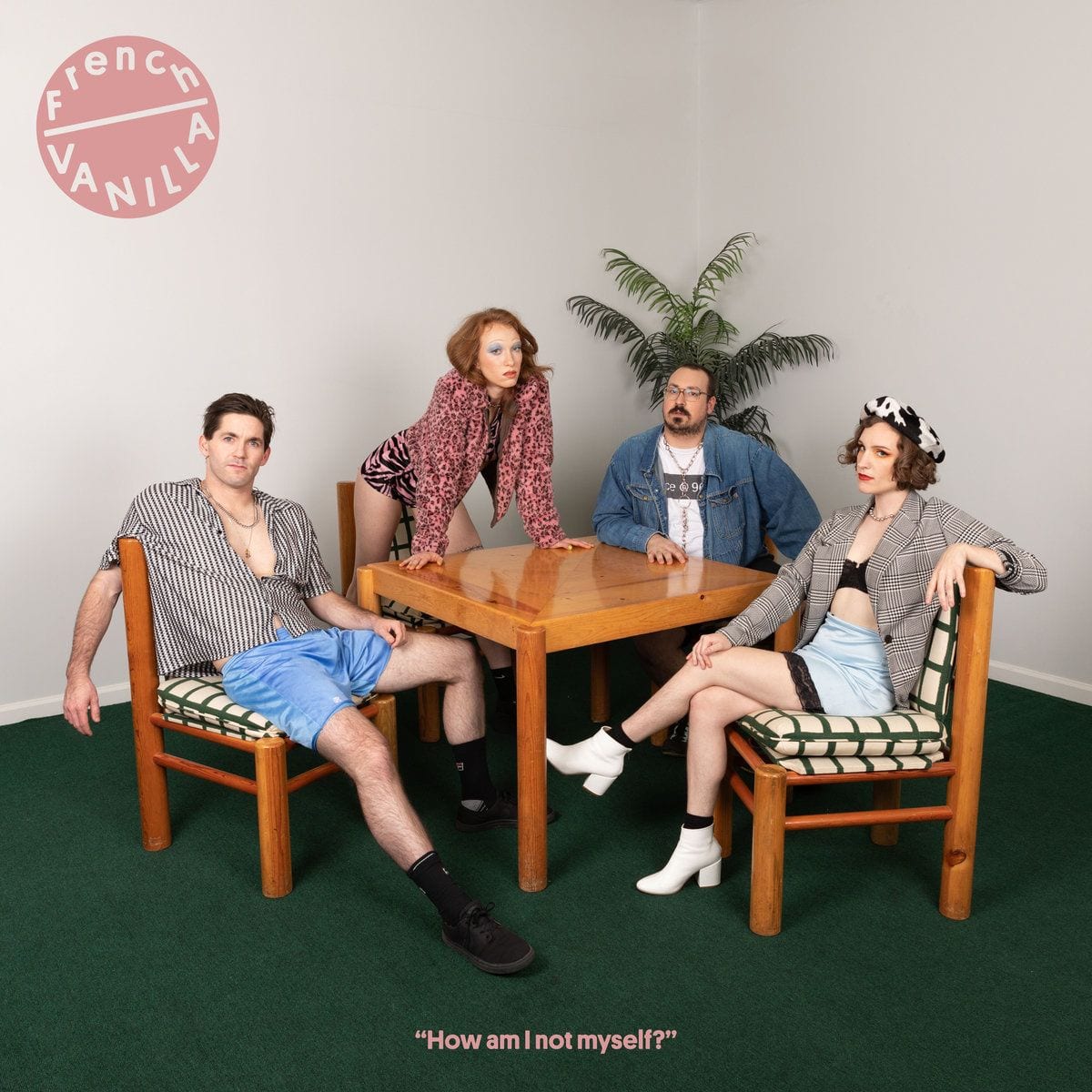 There’s a no-wave anxiety pulsing through French Vanilla’s sound — through the punchy saxophone and bass, and singer Sally Spritz’s vocal delivery — but also California sunshine. Their second album playfully asks cutting questions about identity, society and power dynamics on songs like “Lost Power” and “Bromosapien”, taking a sense of humor to the struggle. The songs have a punk sense of rebelliousness but also come off like the start of an eternal dance party. 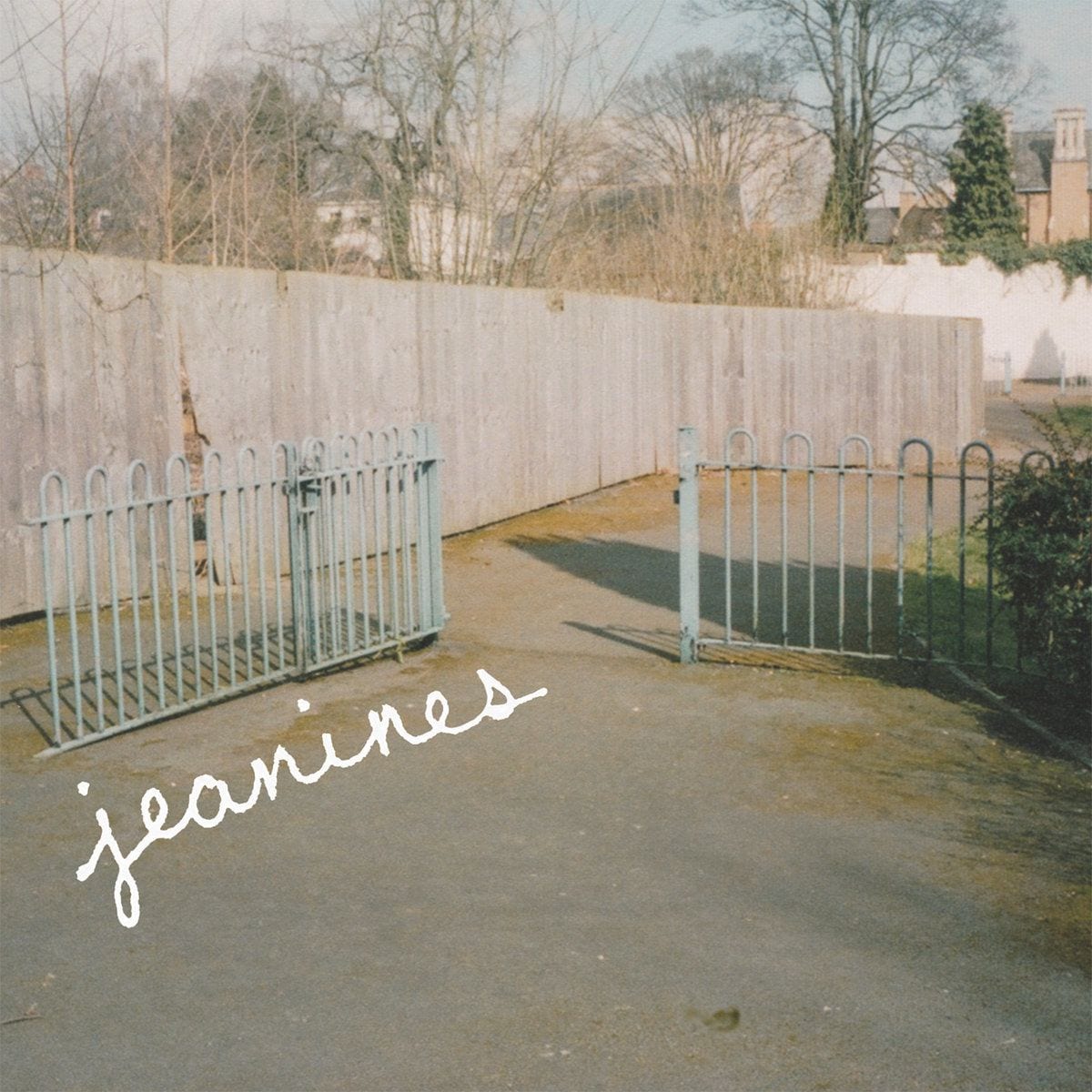 Jeanines is a compact, breezy distillation of the stripped-down essence of what indie-pop is, and has been, about. On their 16-song, under-30-minute debut album, the duo of Alicia Jeanine and Jed Smith remind us again that sometimes all we need are simple, heartfelt sentiments, sung sweetly to catchy melodies over minimalist guitars and drums. Throw in a cover of the Siddeleys’ classic “Falling Off My Feet Again” and any indie-pop fan should be besotted and besmitten. 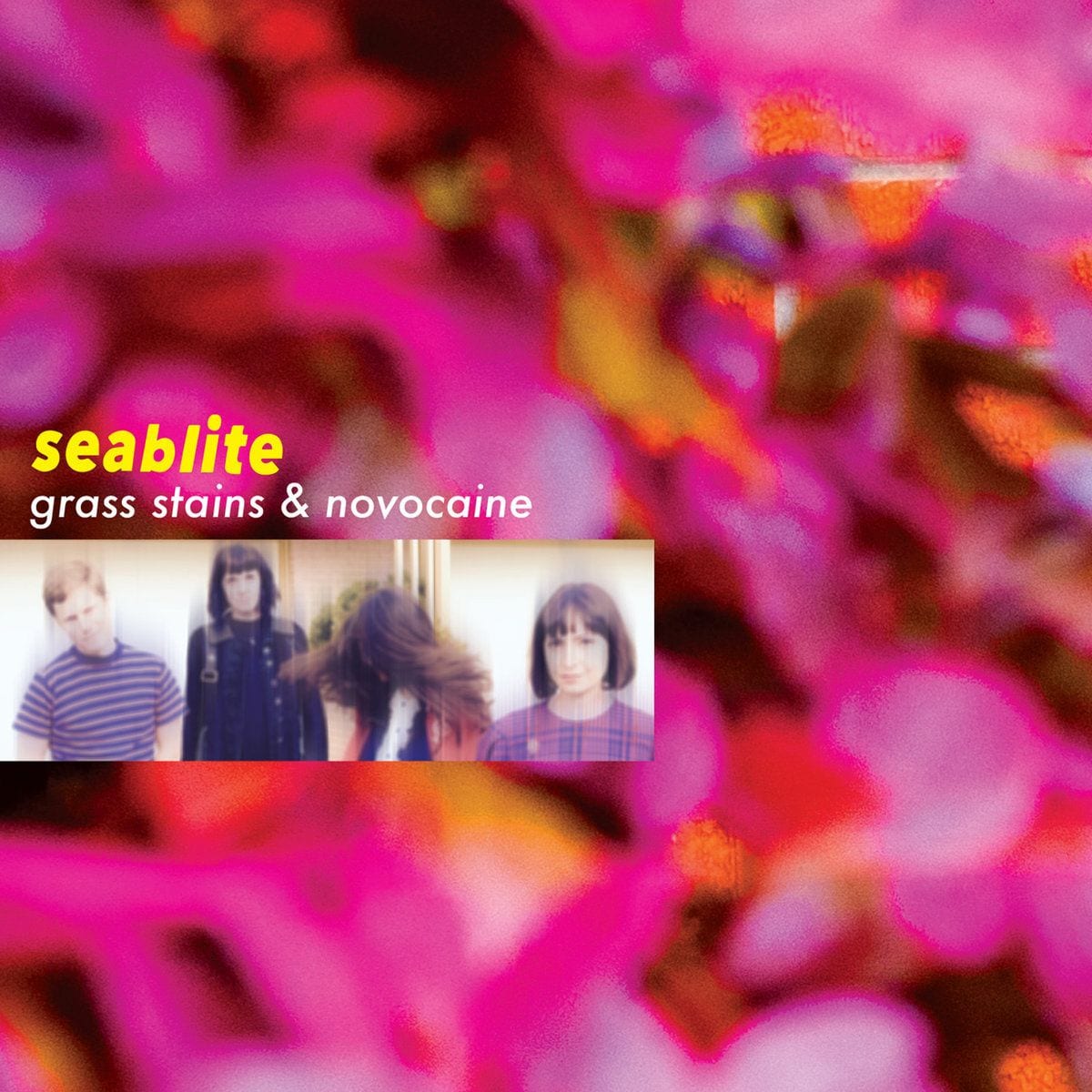 There’s a delightful layer of guitar fuzz over all 11 of the pretty, peppy songs on the debut album from the San Francisco-based quartet Seablite. Their music is shoegazer-y, but with a forward propulsion that’s pure pop, not about to drift too far off into the ether. The album’s packed with melodies and harmonies, of the perfectly formed sunshine-pop sort; the music’s noisy atmosphere is a countervailing force of weight, adding texture and depth of feeling to songs that could lift off into the sky if allowed to. In the middle songs like “(He’s a) Vacuum Chamber” unexpectedly slow things down, pulling us into a more foreboding sort of loneliness. 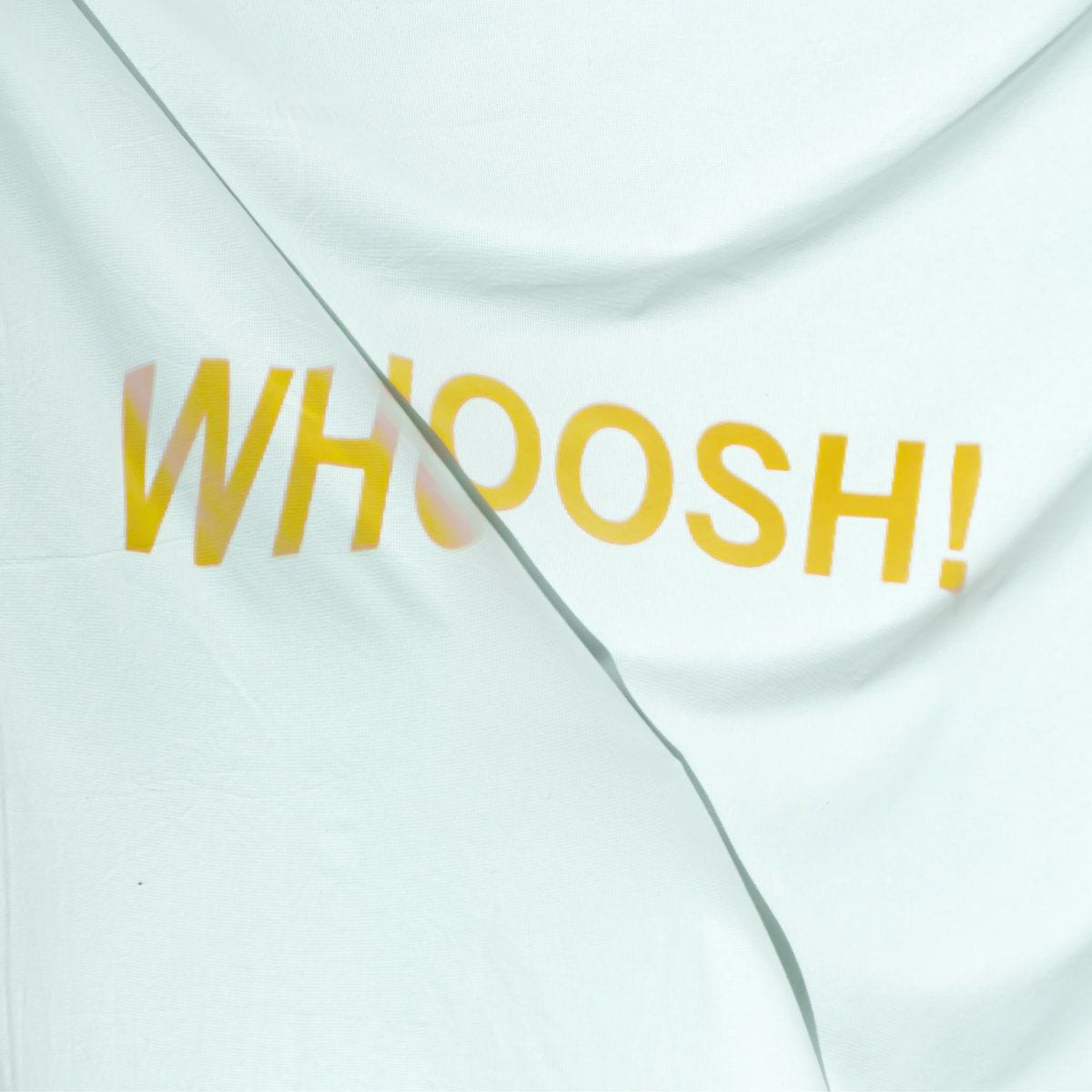 From across the world, Melbourne, Australia seems like a city filled with youthful bands breathing new life into old formulas of melodic guitar-pop. Each of the last few years, the number of great bands coming out of Australia, especially Melbourne, has steadily impressed. The Stroppies’ self-titled 2017 EP was a great rough-around-the-edges work of experimental pop, with an air of Flying Nun Records to it. Whoosh! is comparatively next-level — anthemic and multi-layered yet still driven by a loose DIY impulse. The voices of Gus Lord and Claudia Serfaty alternate, overlap and complement each other, as the instruments do much the same. Theirs is a comfortable, familiar-in-a-good-way sound that also feels fresh and exciting. 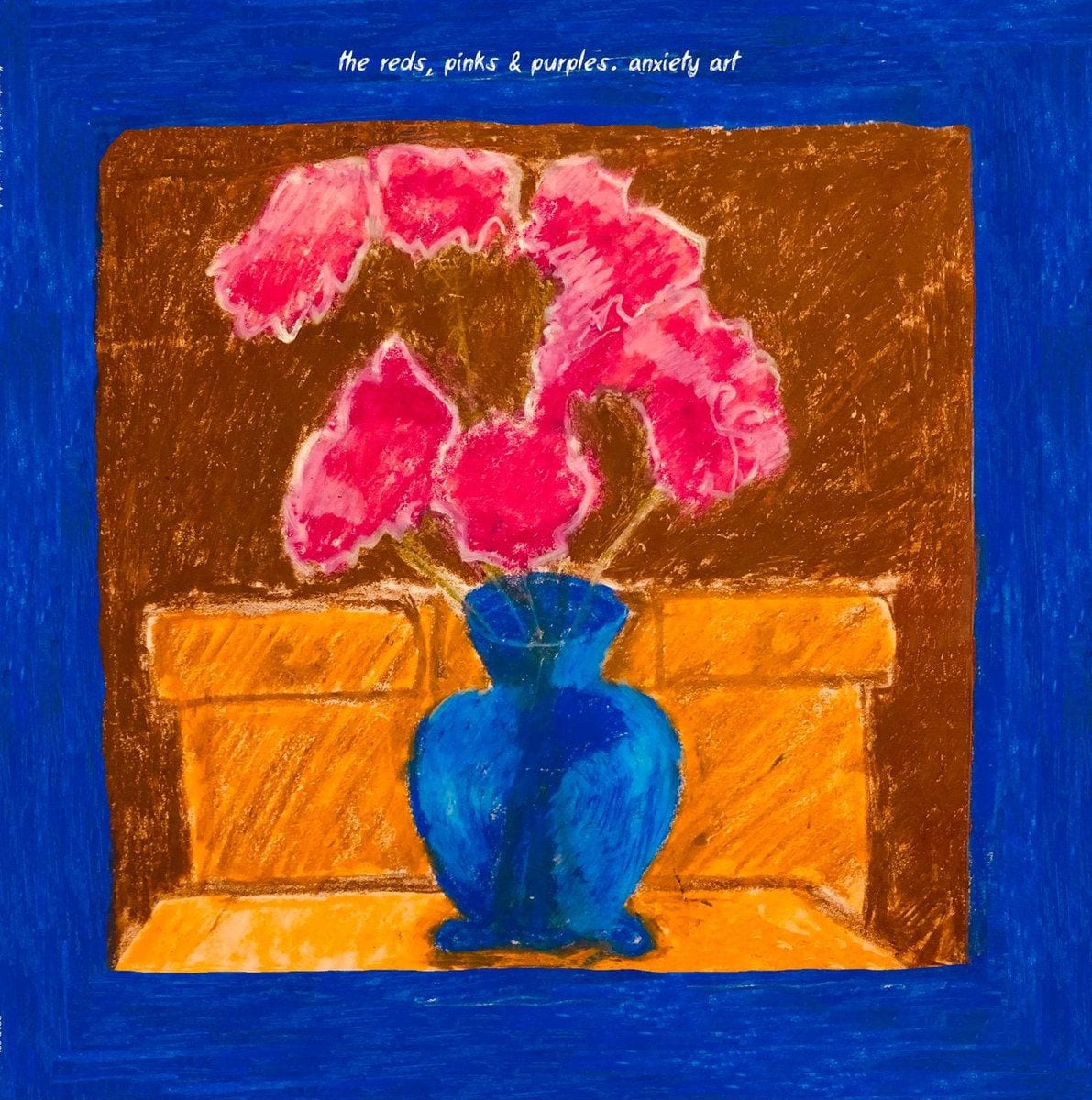 There’s a song about city gardens and one about city buses, plus songs about a bike race, a new car, and what Sundays feel like. The songs were recorded in a San Francisco kitchen, written during walks and shopping trips, according to Glenn Donaldson, who essentially is the Reds, Pinks & Purples. This is music for every day: mellow pop songs for the pleasant melancholy we all carry around in our own minds as we go about the business of life. One of the eight digital singles they released in 2019 was called “A Kick in the Face (That’s Life)”, which as a title seems to capture what the music ruminates on. The songs quietly ask questions of themselves, about the past and what we’re all up to, day by day. 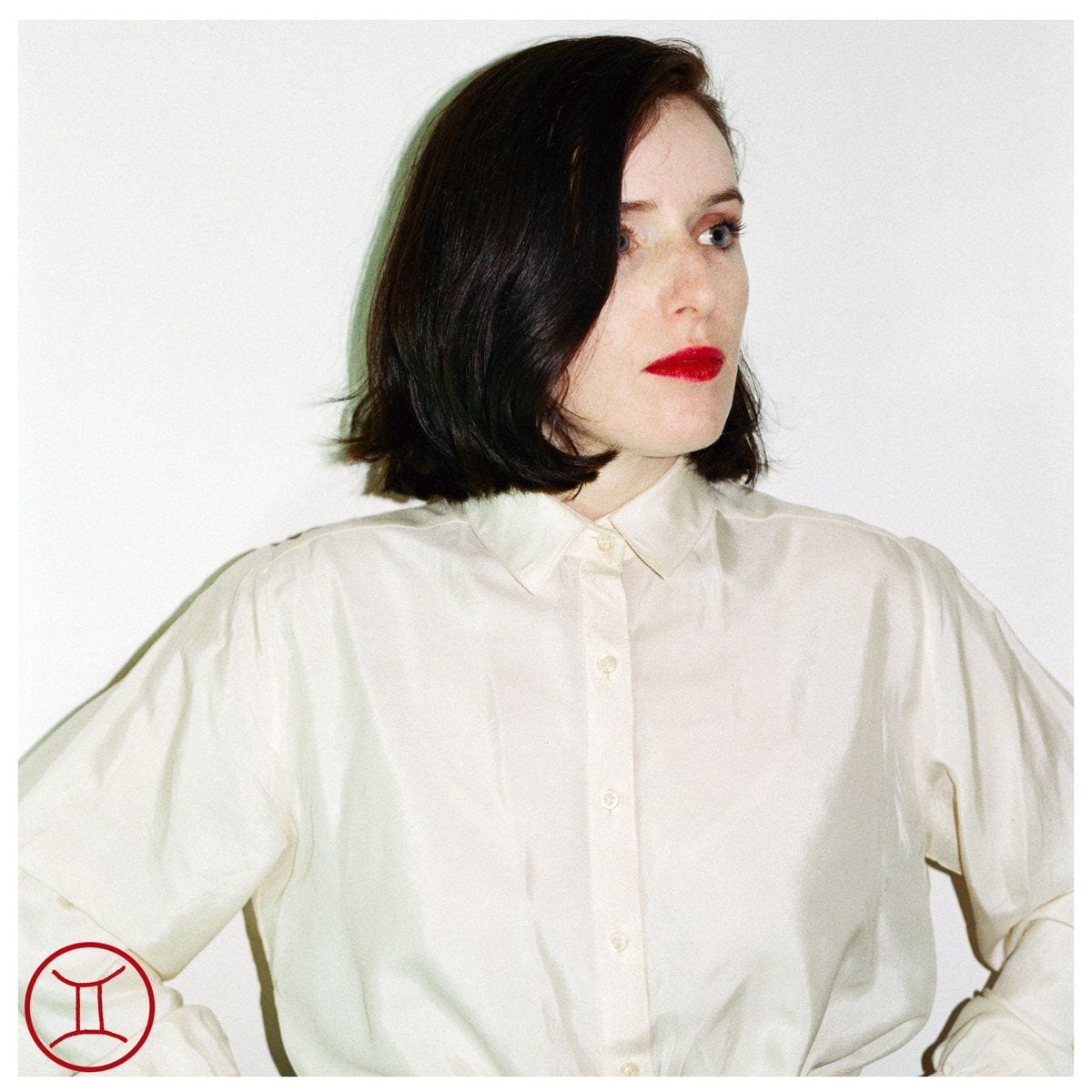 Patience is the name for the personal pop project of Roxanne Clifford, singer for the adored early 2010s band Veronica Falls. Clifford possesses one of those singing voices that will echo and linger in your head long after the record is done, which fits these songs well, considering how much they resemble the dance-party-life we each imagine for ourselves. This is lush synthpop that speaks to unrealized dreams and long-held secrets. The melodies and grooves carry within them a general sense of unfulfillment and a simultaneous, perhaps contradictory, unbridled joy.

4. Parsnip – When the Tree Bears Fruit [Trouble in Mind] 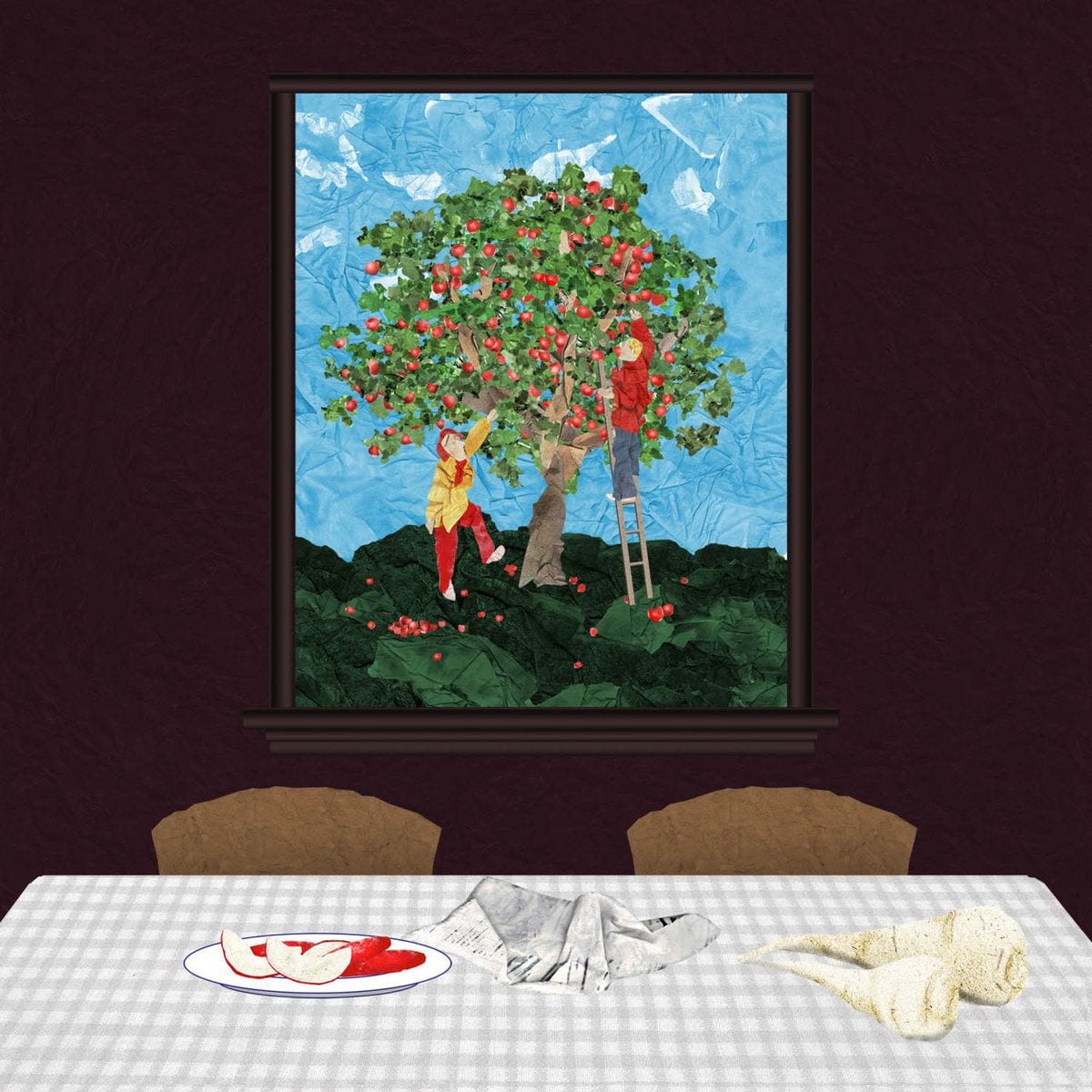 Off-kilter, absurdist, dream/nightmare, 1960s pop forms form the basis for Parsnip’s sound. The fresh Melbourne quartet’s debut album is a fun, funky jaunt that seems all about creative mixing-and-matching, in a minimalist style riddled with quirky organ and singy-songy, art-school nursery rhymes. Not to mention exuberant group singalongs, all four women seemingly joining together for a chorus of delightful weirdness. Parsnip’s been around just a few years, and seems to be having a blast. Let’s join the party. 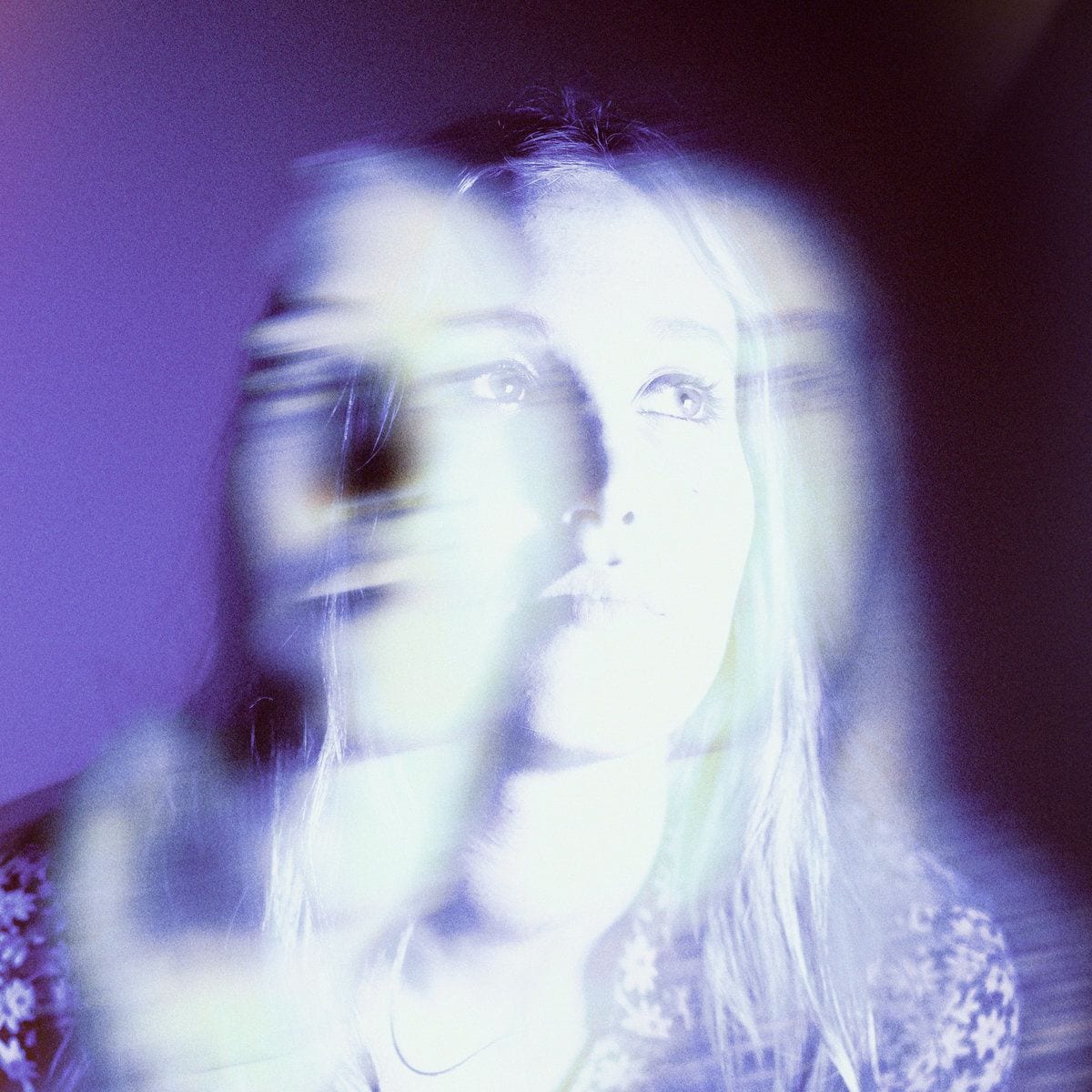 Hatchie’s first full album is a luxurious dream-pop collection with a cinematic tone, driven by a melancholic yet romantic swoon. Australian Harriette Pilbeam, aka Hatchie, croons and beckons while layering allusions to decades of pop-music history upon each other. Keepsake’s songs of heartbreak and infatuation feel comforting, familiar, yet exhilarating and new. Atmospheric pop from the 1980s and 1990s (think Cocteau Twins and the Cranberries) come to mind, but there’s also a vibrant sense of invention and the creeping feeling that the end of the world is upon us. 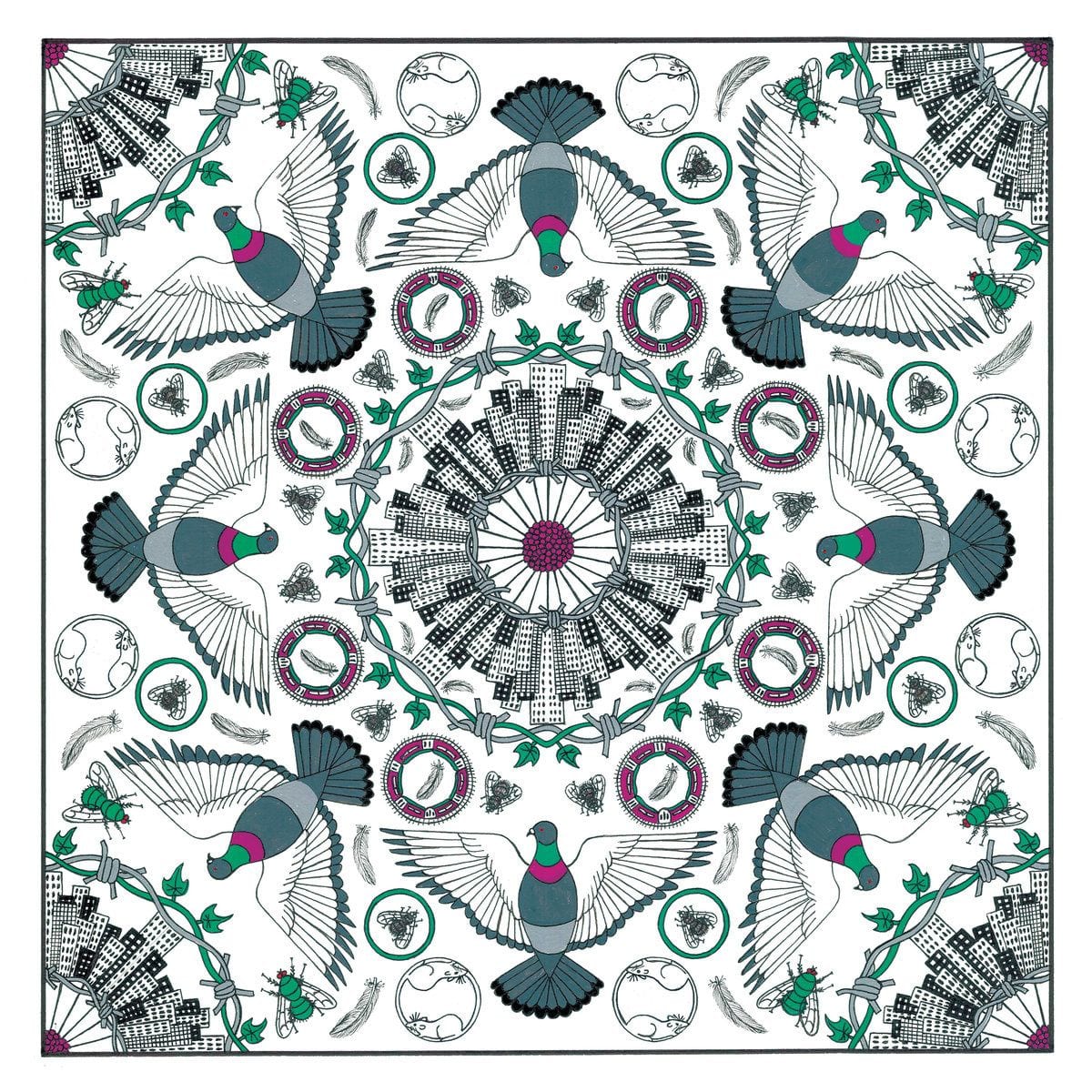 The UK band Ultimate Painting broke up so abruptly there were promo copies out of an album they didn’t end up releasing. In its wake, one of that band’s frontmen, Jack Cooper formed this new band Modern Nature with Will Young of Beak. Dare I say it’s more unique, adventurous and rewarding than any of Cooper’s previous bands — or, for that matter, than most pop-rock bands of our era. Modern Nature’s debut album How to Live lies somewhere between interrogative folk-rock and atmospheric synthpop, with both psychedelic and earthy vibrations. Each song title is one word (“Footsteps”, “Nightmares”, “Criminals”), which helps accentuate the album’s contemplative, philosophical side — it’s as if they’re pondering the very nature of our existence from multiple angles. The overall sullen tone makes it seem likely they’re not finding easy answers to their questions. Yet this is also gorgeous music pulsing with excitement. 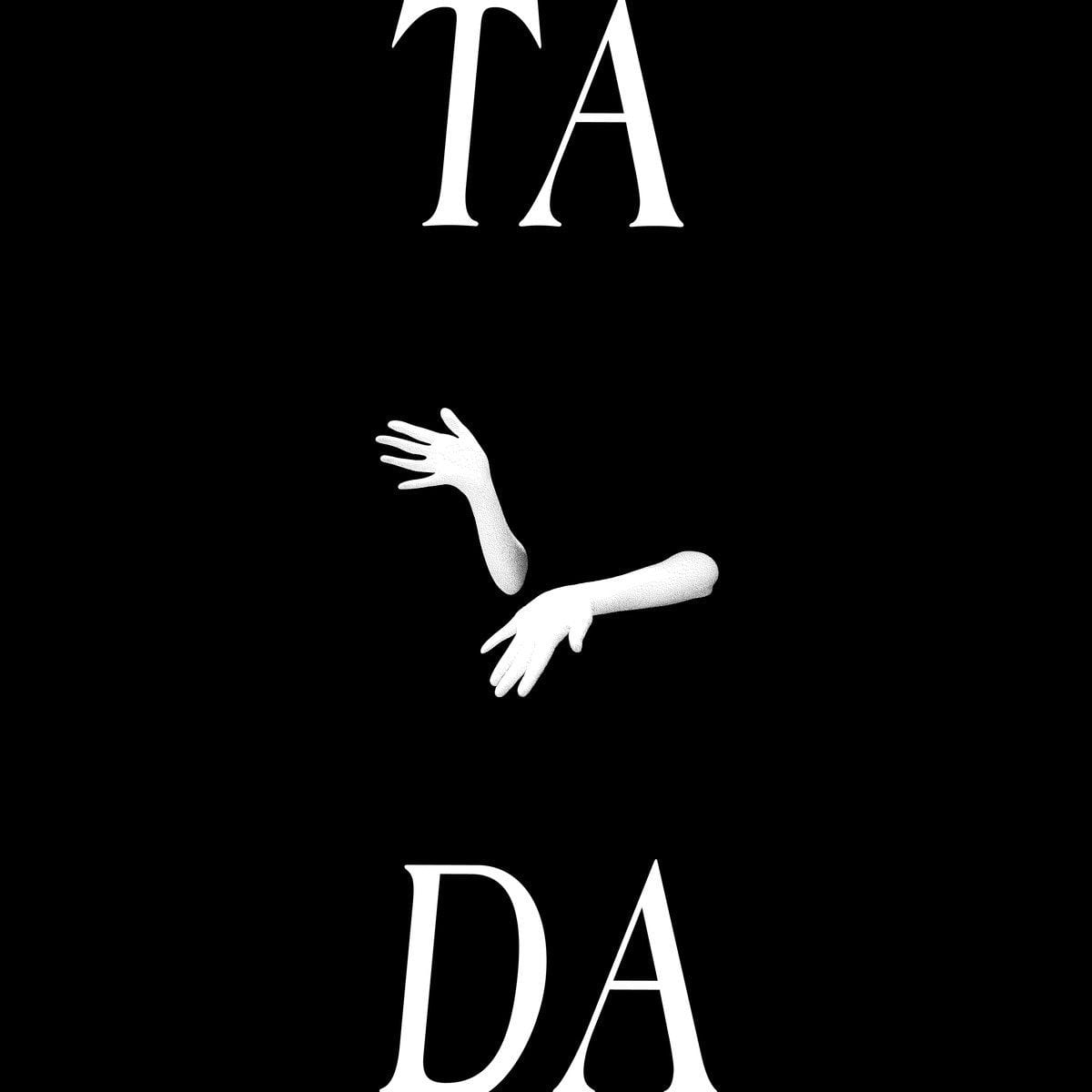 The Melbourne band Twerps had a solid near-decade run as a melancholic, melodic guitar-pop band. Twerps guitarist Julia Macfarlane’s current solo project, J. Macfarlane’s Reality Guest, gets stranger and cuts deeper to the heart and bone. Ta Da‘s first track is a mood piece, with ample silence; it’s a signpost of Macfarlane’s experimental approach to pop and it’s a preparatory step, getting us in a proper head-space of caution and anxiety. The songs have the ecstatic optimism of exploration, working through ideas in skeletal form. Musically think of the Raincoats’ Odyshape, the primitive and visceral sound of early rock guitar, a one-person homegrown Stereolab, melodies you dream about and try to recapture when awake, small Casio keyboards trying to play psych epics on their own.

Ta Da is also a sustained exploration of heartbreak, over one dissolved relationship but also the whole of humanity. It’s the sound of someone realizing a relationship has become a dreary series of cold transactions… or realizing life itself might be becoming a dreary series of cold transactions on a planet nearing its end days. Cheerful music, yes? But it is…and invigorating, exciting, adventurous, emotional. It ends with a gorgeous ballad aiming a direct question at the universe: “Where are you, my love?”