Is indie-pop hip now? It does seem like indie-label music fans are embracing pop sounds more than they did a few years ago, with bands like Best Coast, Pains of Being Pure at Heart, and Dum Dum Girls getting raves from Internet tastemakers. The revitalized Slumberland, a key indie-pop label from the ’90s, seems to get even more attention than they did originally. Music sites are as likely to celebrate a new band of shy melody-makers as they are some new ‘primitive’ experimentalists. It’s not that young music fans are completely forsaking cool and disaffected guitar-rock bands for sensitive and fanciful pop bands, but there does seem some movement in that direction.

2010 was a great year for indie-pop, with an assortment of new bands making an impression by putting a fresh new stamp on old sounds. There were outstanding debut LPs from Allo Darlin’ (London), Magic Kids (Memphis), Standard Fare (Sheffield), One Happy Island (Boston), and the School (Cardiff) among others.

At the same time, it seemed a year of refinement, where bands on their second, third, or fourth albums took their sound and refreshed it. My favorite ten indie-pop albums of the year include just three debuts, and two of those are by new groups whose members have been around for a while in other bands.

In 2010, the past never seemed far away. Classic indie-pop bands like Unrest and 14 Iced Bears reunited for tours. The legendary Scottish band Orange Juice returned to music fans through a comprehensive box set. There were new albums this year by many of the bands that influenced the indie-pop of today: Magnetic Fields, Belle and Sebastian, Vaselines, Jonathan Richman, Teenage Fanclub.

The year in indie-pop, then, had a lot going on. Even outside of the new-album world, there were significant releases: the Lucksmiths’ farewell 7″; the great series of 3″ CDs on the WeePop label; Bart and Friends’ first EP in a long while; Girls’ EP follow-up to their 2009 debut LP; CD reissues that introduced the Wave Pictures to the US. There were riches aplenty.

10. Math and Physics Club – I Shouldn’t Look As Good As I Do [Matinee] 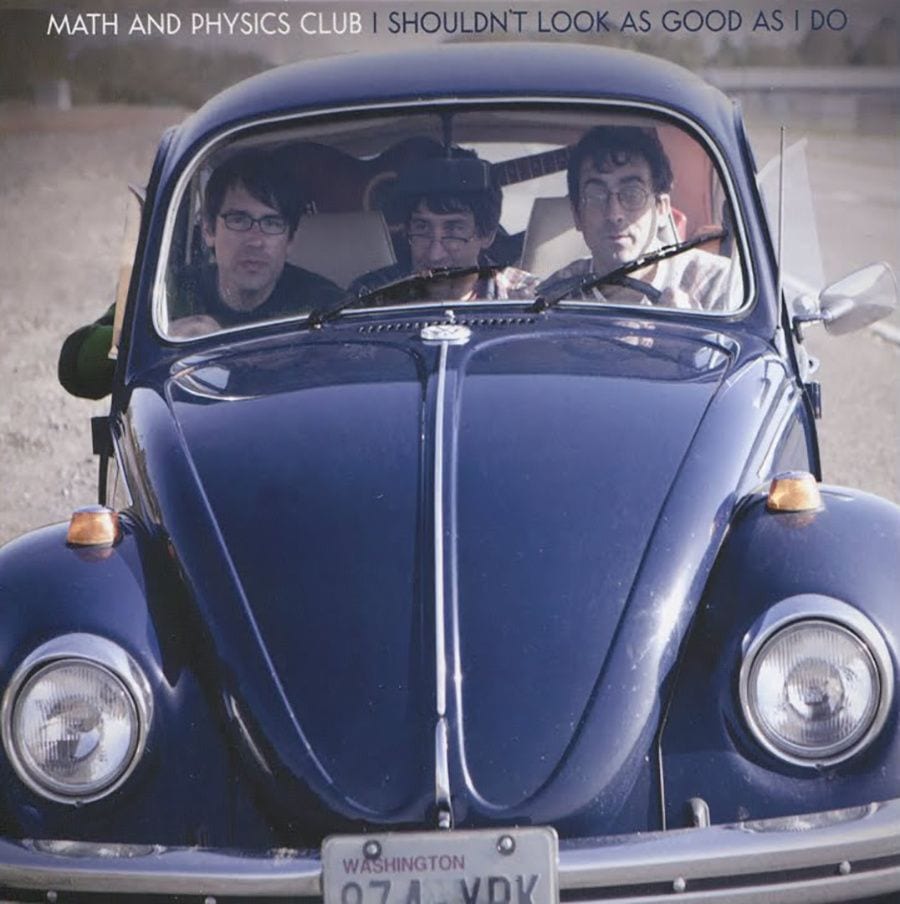 The second LP from Seattle’s Math and Physics Club follows up on their excellent 2006 debut with a similar mix of pop punch and storytelling, delivered in a streamlined way that keeps the emphasis on those strengths, without any unnecessary fluff. Each song quickly gets to the point, whether it’s to have a laugh at the whole nature of show business or to ponder how love changes over time. The album also contains what I’m pretty sure is my absolute favorite song of the year, “Trying to Say I Love You”, which sketches out a shy confession of love in so few strokes that it takes my breath away. 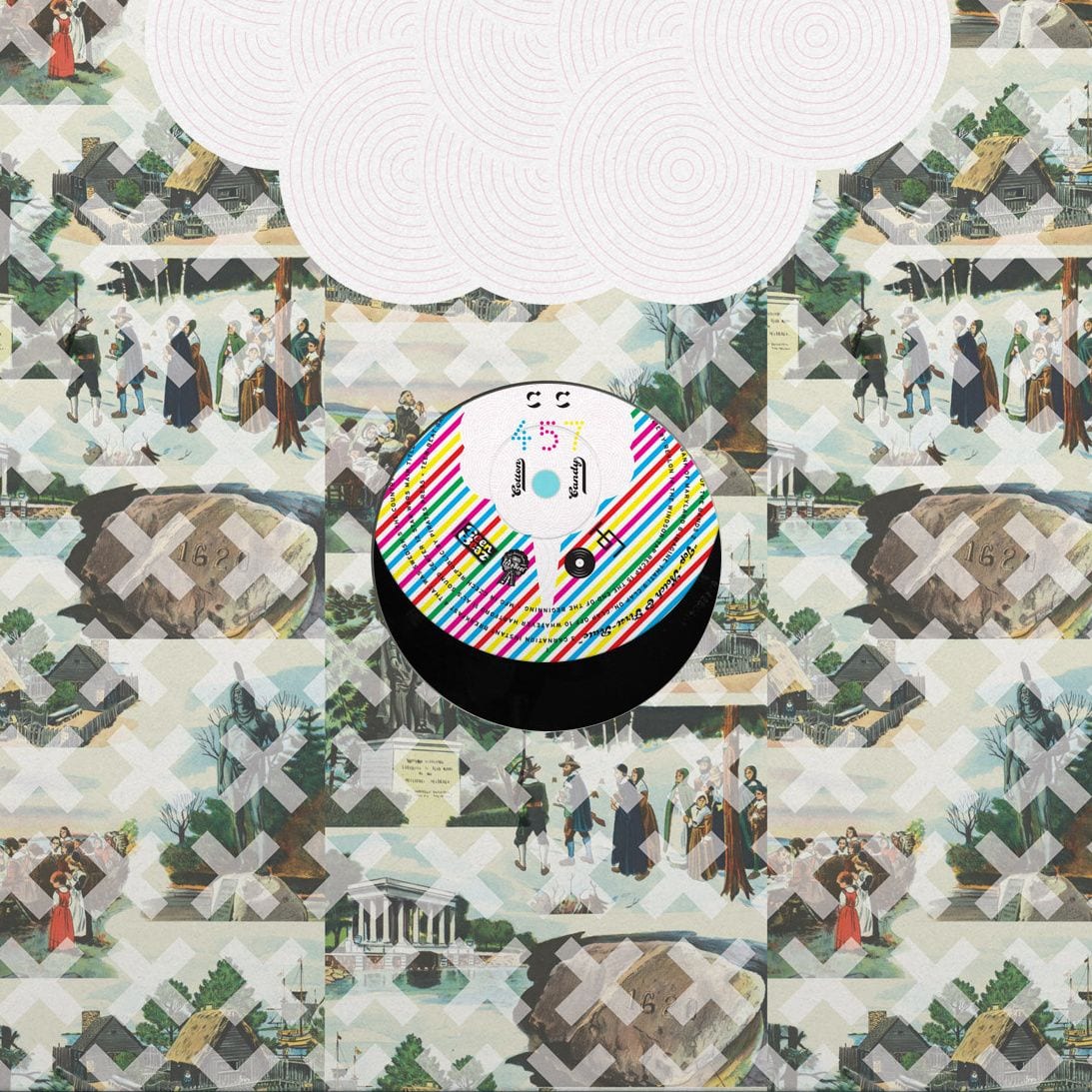 As Cotton Candy, Mark Robinson (Unrest) and Evelyn Hurley (Blast Off Country Style!) play pop music as Pop Art, mining the world of radio and TV commercials for both inspiration and actual material. Mixing sugary pop songs of their own in with them singing the “Beef, It’s What for Dinner” jingle and “Clap on, Clap Off” (the Clapper) might seem incongruous, but it’s all part of the same pop-culture fabric, tied in with feelings from childhood, wonder, mystery, and naiveté. Cotton candy, Star Wars bedsheets, the booming voices of used car salesmen… these are memories, building blocks of people. 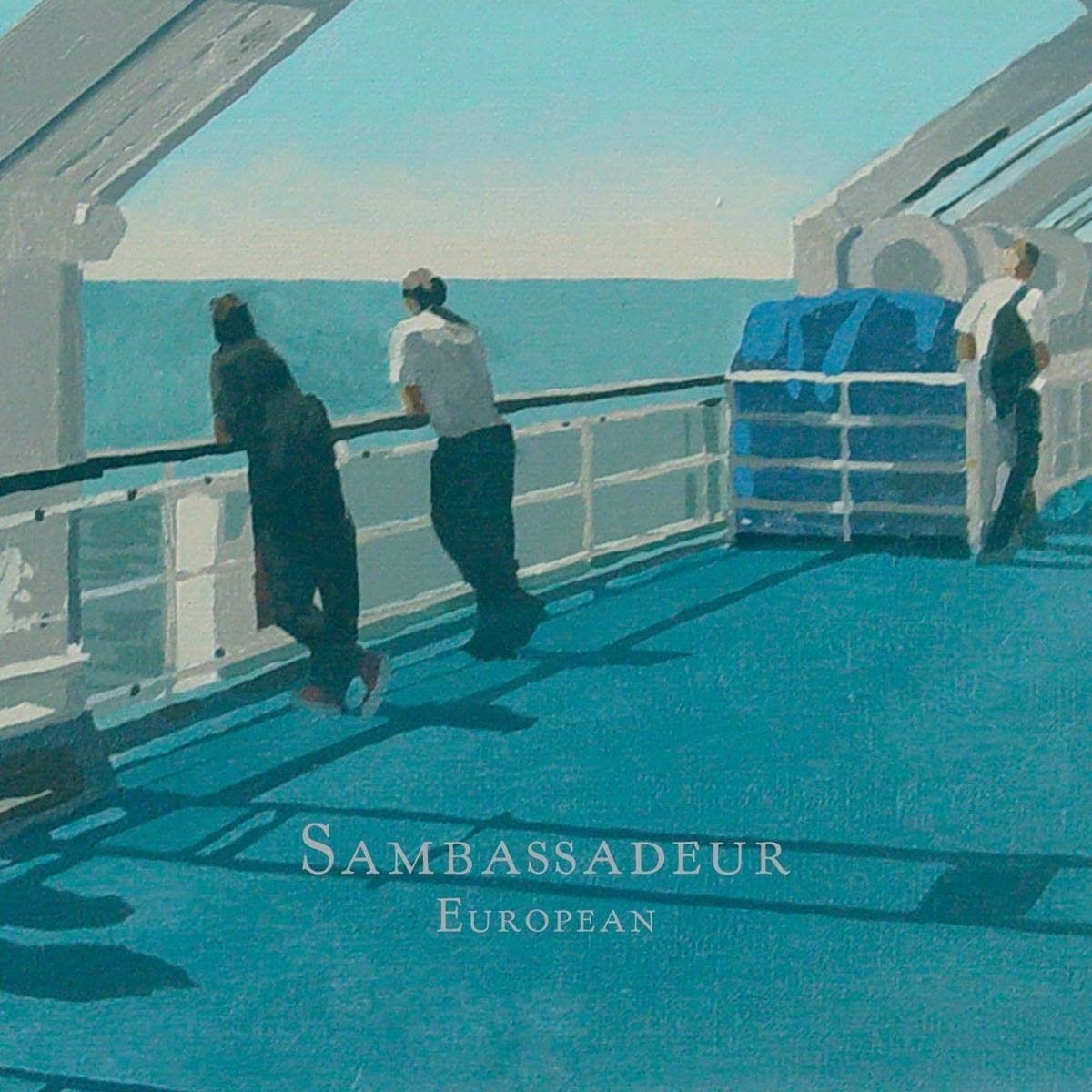 Since their 2005 debut album, Gothenburg, Sweden’s Sambassadeur has struck me as underrated. Their streamlined synthpop, featuring the warm vocals of Anna Persson, fills a room with a distinct atmosphere, sweet and melancholy. Their third album refines that sound to the point that the change feels revelatory, even though it’s not that large of a shift. In a way it’s mostly about framing, the way they use piano and strings to give their music a romantic sweep, making it feel bigger and more enveloping. European began the year with this widescreen dose of hopefulness. The album has an overriding theme of moving forward and putting troubles of the past beyond you. It feels like a leap forward for the band as well. 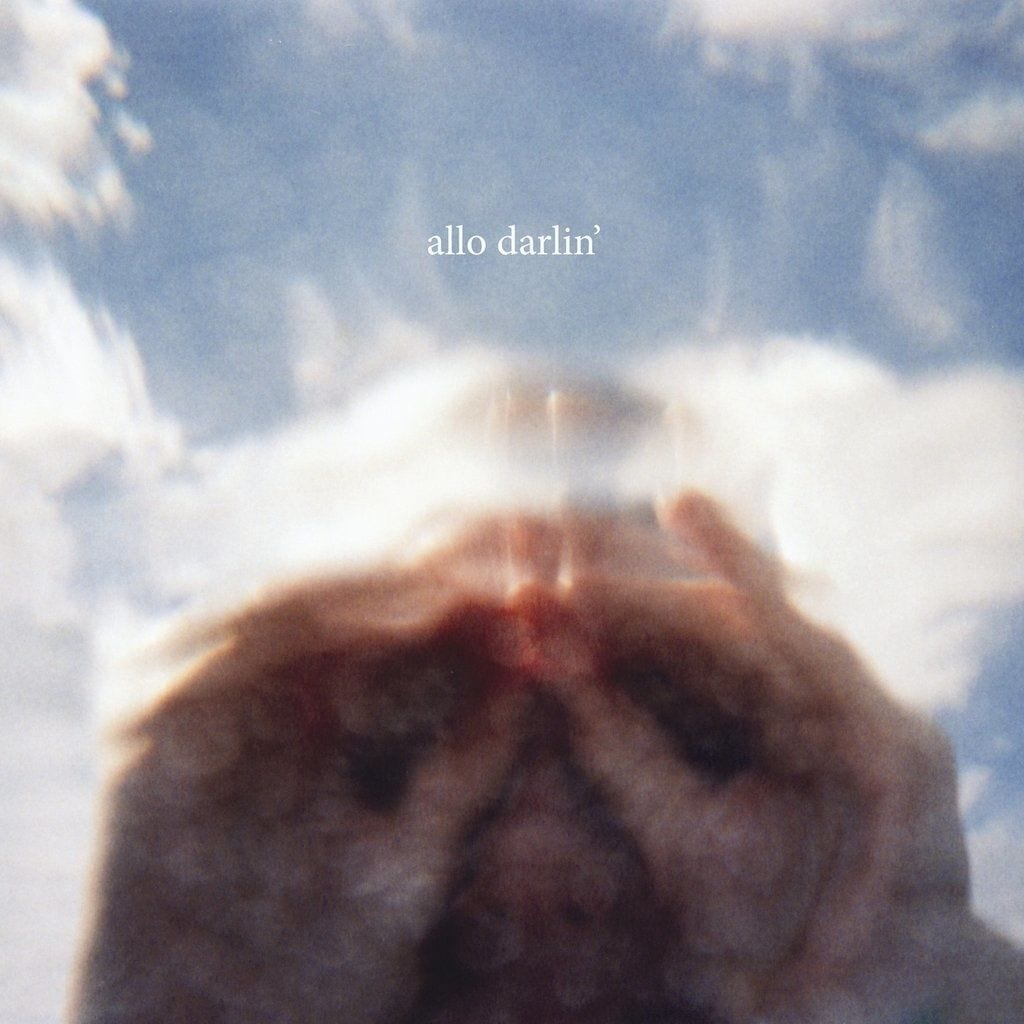 The London band Allo Darlin’ is about as cute as pop bands come, with spunky little pop songs that say witty things about love, using Woody Allen as a reference point and weaving the chorus of a Weezer song into the fabric of their own song, via its characters singing it together on a ferris wheel. Clever, yes, but they also can be rather emotionally affecting. Sing along, clap along, and dance around your room, but as these things go, soon you’ll realize how much sadness there is in these songs, that many of the people in the songs are poor, lonely, and feeling lost, stumbling through life like we all do. 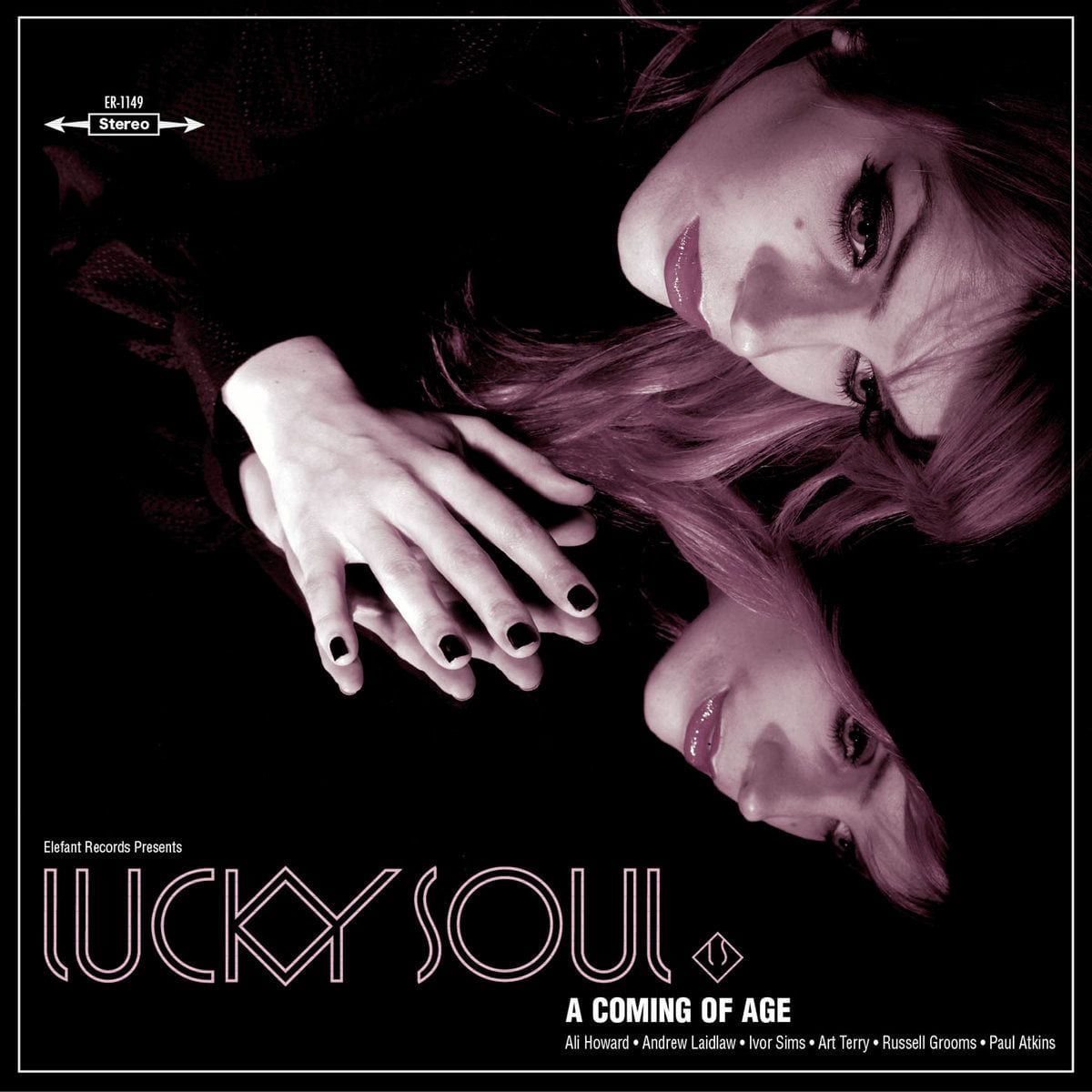 Lucky Soul’s second album expands on the pop-and-soul sound, rooted in the 1960s, of their first. Again they are pros at playing big, bouncy, shiny music that contains a lot more sadness than you hear at first, and a lot more complexity. A Coming of Age pushes their sound in some new directions, with arrangements that are by turns dense and spare, matching the emotions of each song well. There is a lot of uncertainty, even fear, running through the album, apropos of our time. There are few pop bands around as capable of capturing in one moment the giddiness of new love and the monumental weight of heartbreak. 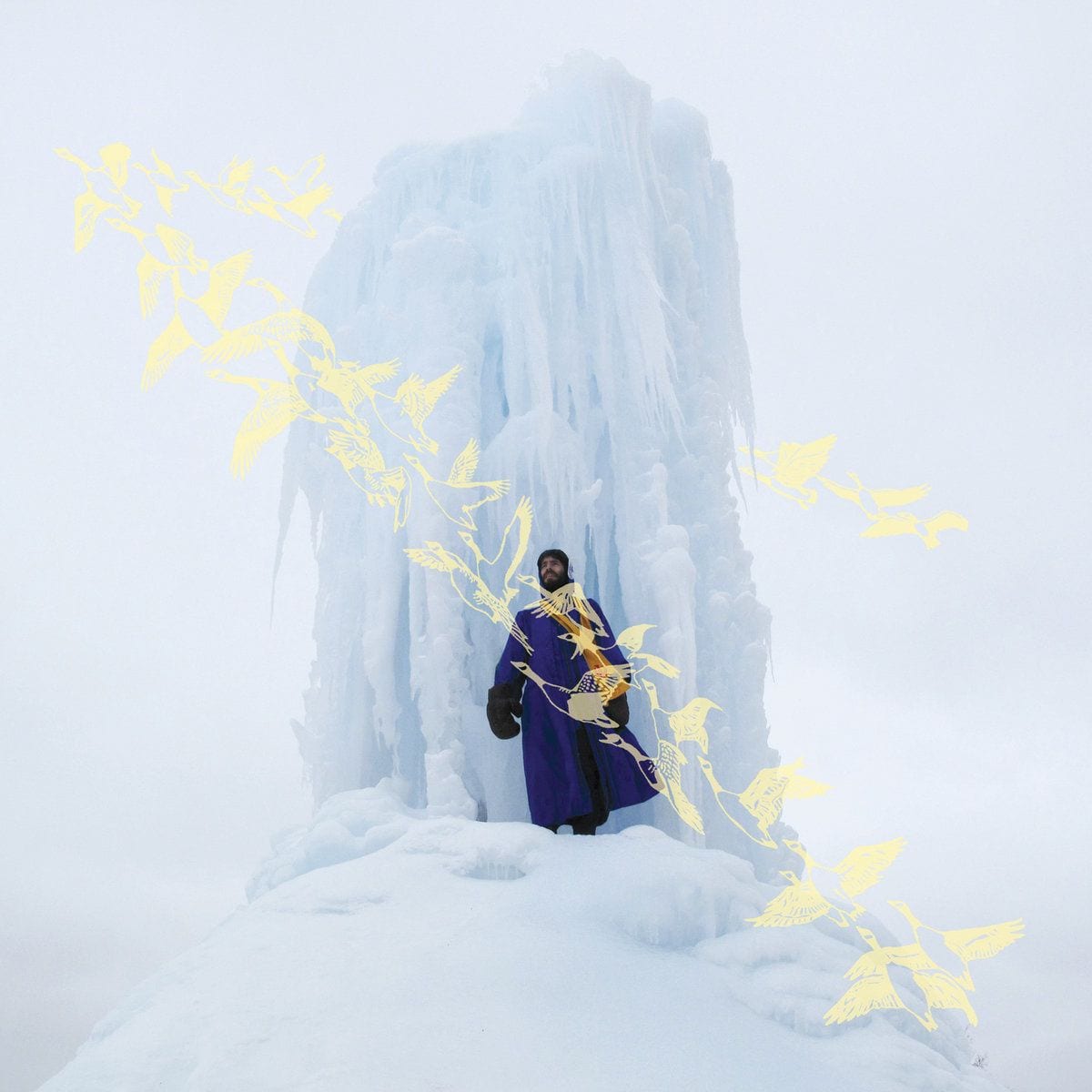 Their natural Michigan environs and the way they carry that into their music means
Breathe Owl Breathe likely get tagged as “folk”, but on an essential level, this is playful creative pop music. That they also carry inside their songs the serenity of a lake and the wildness of nature, not to mention the fanciful, even silly, demeanor of children’s storybooks, makes it no less pop. While singing giddy melodies back and forth from one singer to the other, along with hand-claps, toy keyboards, banjo, cello, or various other instruments, they’re tapping into a human’s innate desire to create, to make up stories about the world, which is partly what this whole business is all about. 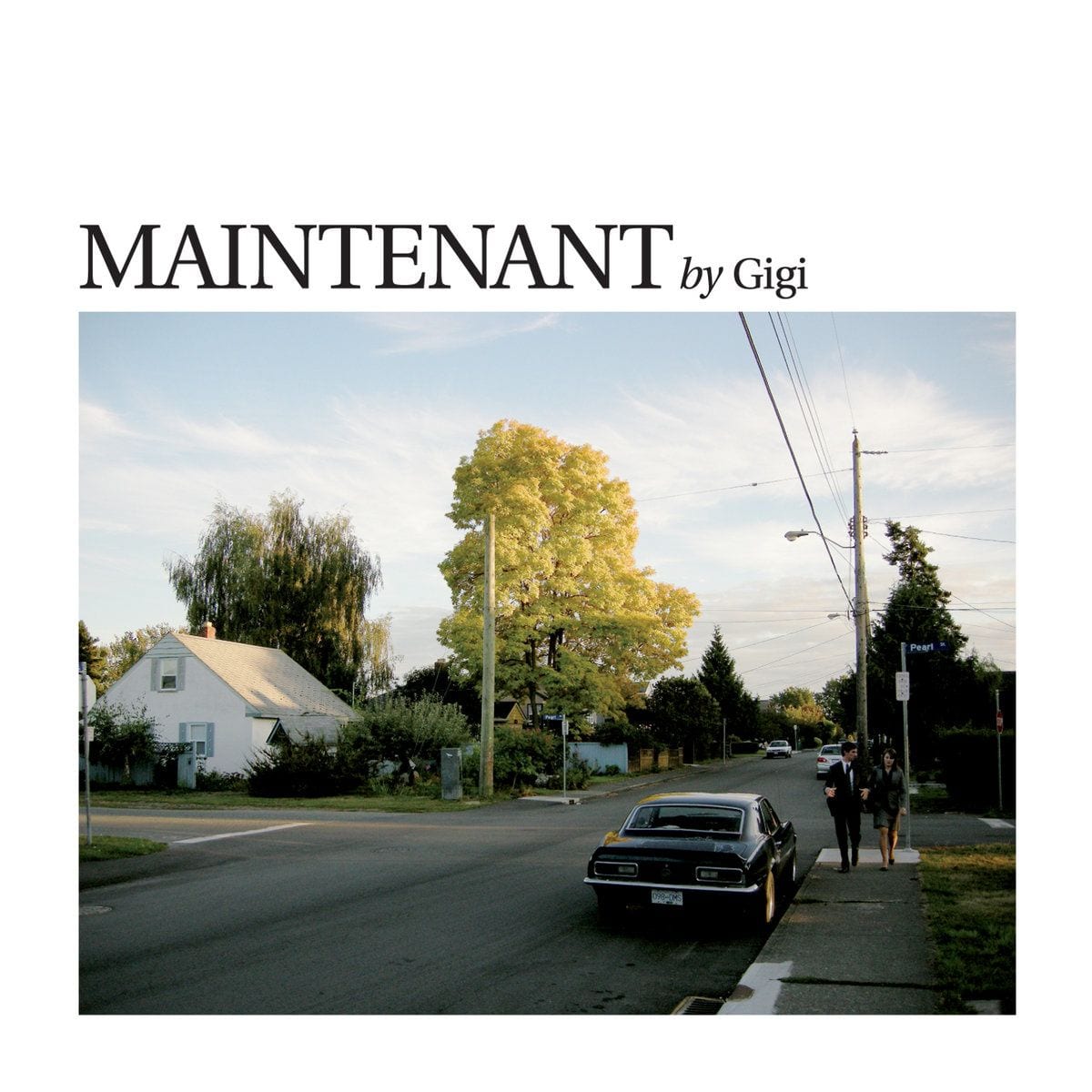 Nick Kgrovich (No Kids, P:ano) has a keen ear for melody, informed by music history, and a sharp songwriting pen. For Gigi, he teamed with producer Colin Stewart and a host of guest vocalists and musicians, for a spiritual tribute to the Brill Building era that benefits from the witty, sad love songs and the singers’ skill at singing them. The credits include 40 people. It has the unity of theme and diversity of voice that made Stephin Merritt’s Sixths project so enjoyable, but to that, it adds the warmth and collective energy of an ensemble project. There’s a spirit of inclusive joy that’s projected through every song, even the most heartbreaking ones. 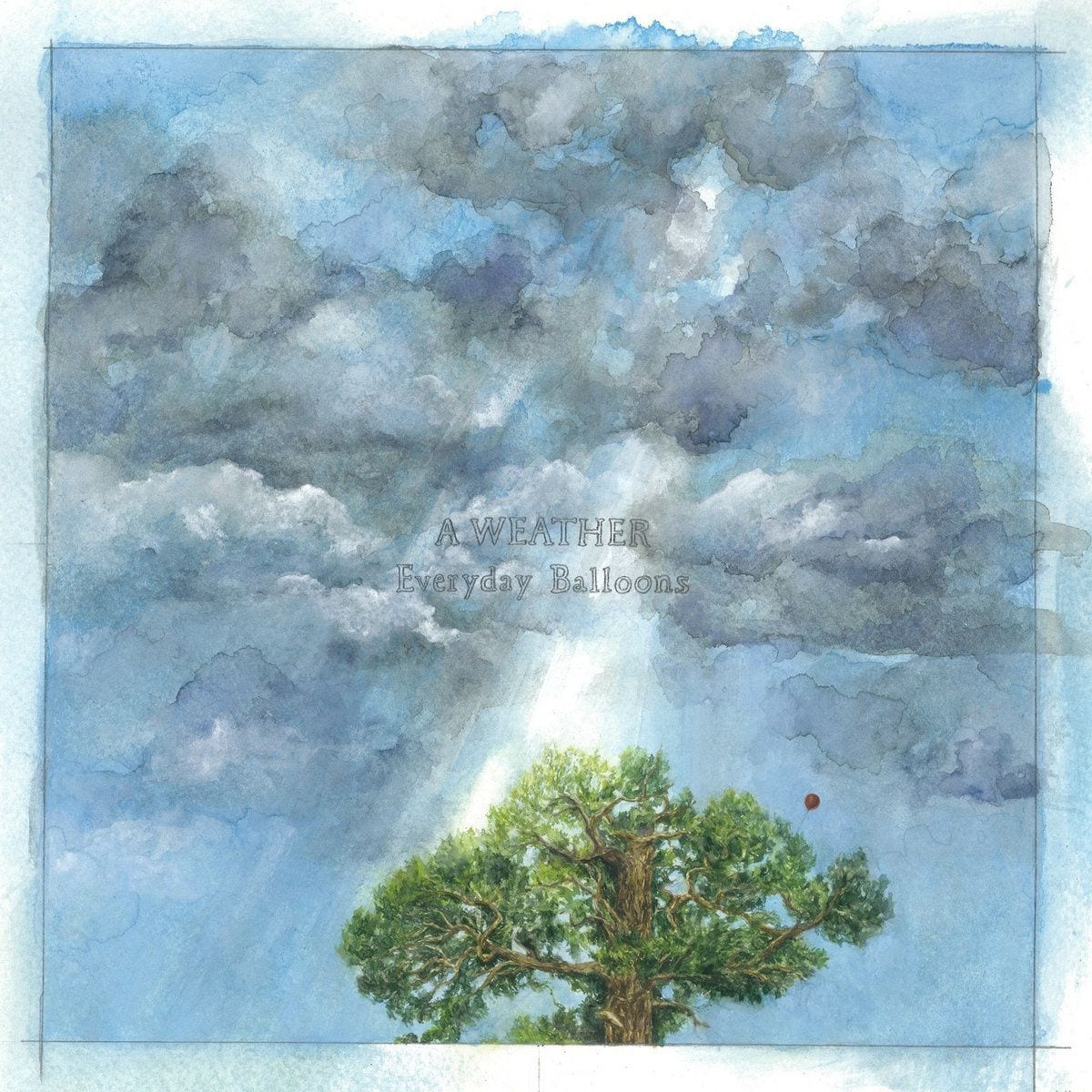 Portrait artists of everyday life, Portland’s A Weather close their focus in on the details, from objects strewn across rooms to the words people use when they’re trying to comfort each other. The way Aaron Gerber and Sarah Winchester sing back and forth to each other emulates conversation. Not only does their style of singing seem unique in music today, it gives the music the impression that these are people singing to the listener the way a friend would talk to you about something, even when they’re telling stories. Alternately diaristic, journalistic, and motivational, their songs pack an unexpected dramatic punch for such quiet music, one that hits close to home. 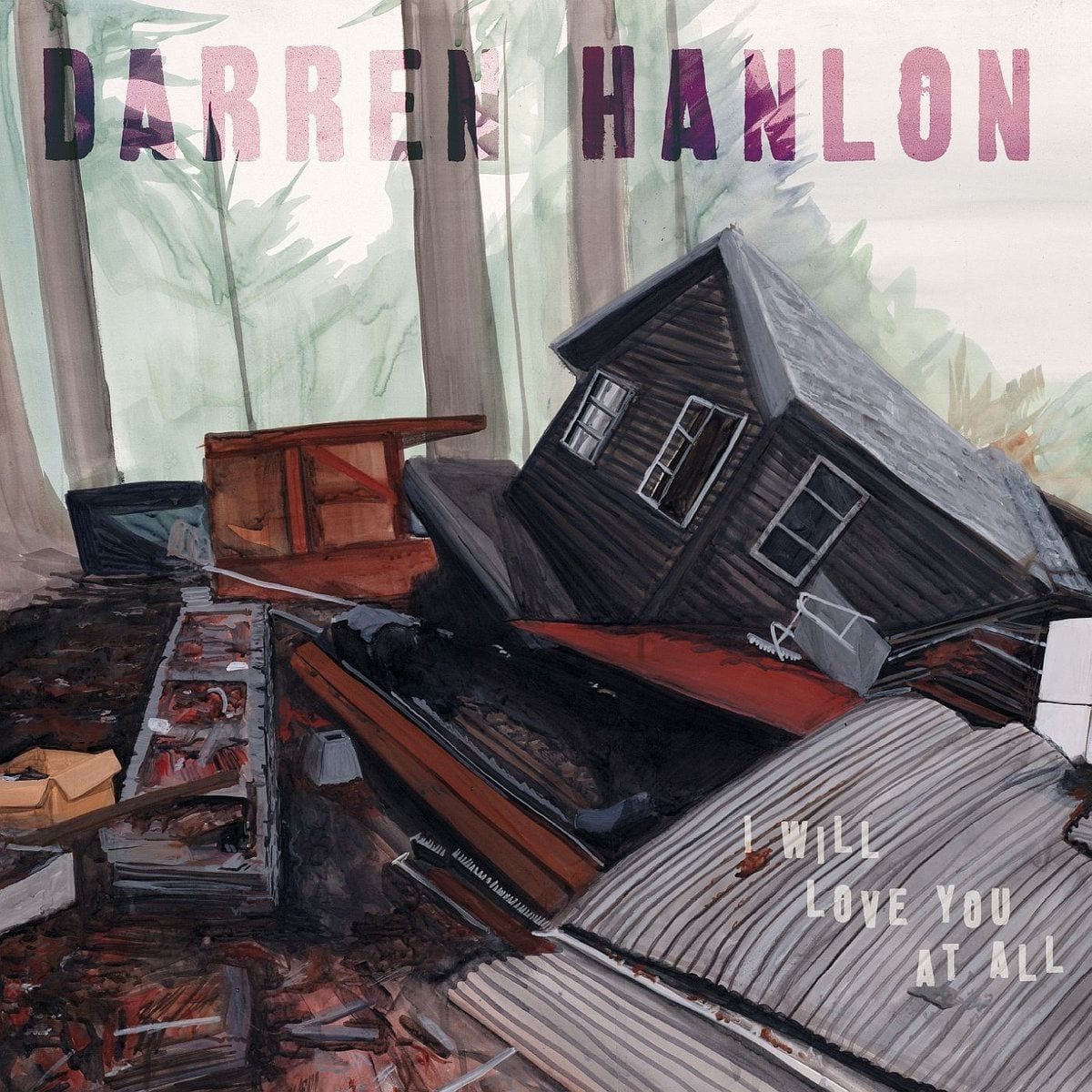 While taking Darren Hanlon’s songwriting to the next level of focus and variety, I Will Love You at All also reinvents the break-up album. Its songs detail, in memorable ways, not just a relationship falling apart, but also the recuperation, contemplation, and moving-on stages. Those songs commingle with songs that take an equally incisive look at the entire process of finding a home in the world. Hanlon uses his well-established wit in moving ways; jokes and worries are part of the same act of making sense of life. This is music of substance. Big questions are probed within bouncy pop songs that tap into Jonathan Richman and folk-music traditions alike. It’s an album about death as much as life, a perhaps literal reminder that we’re always dancing with the Grim Reaper.

1. The Radio Dept. – Clinging to a Scheme [Labrador] 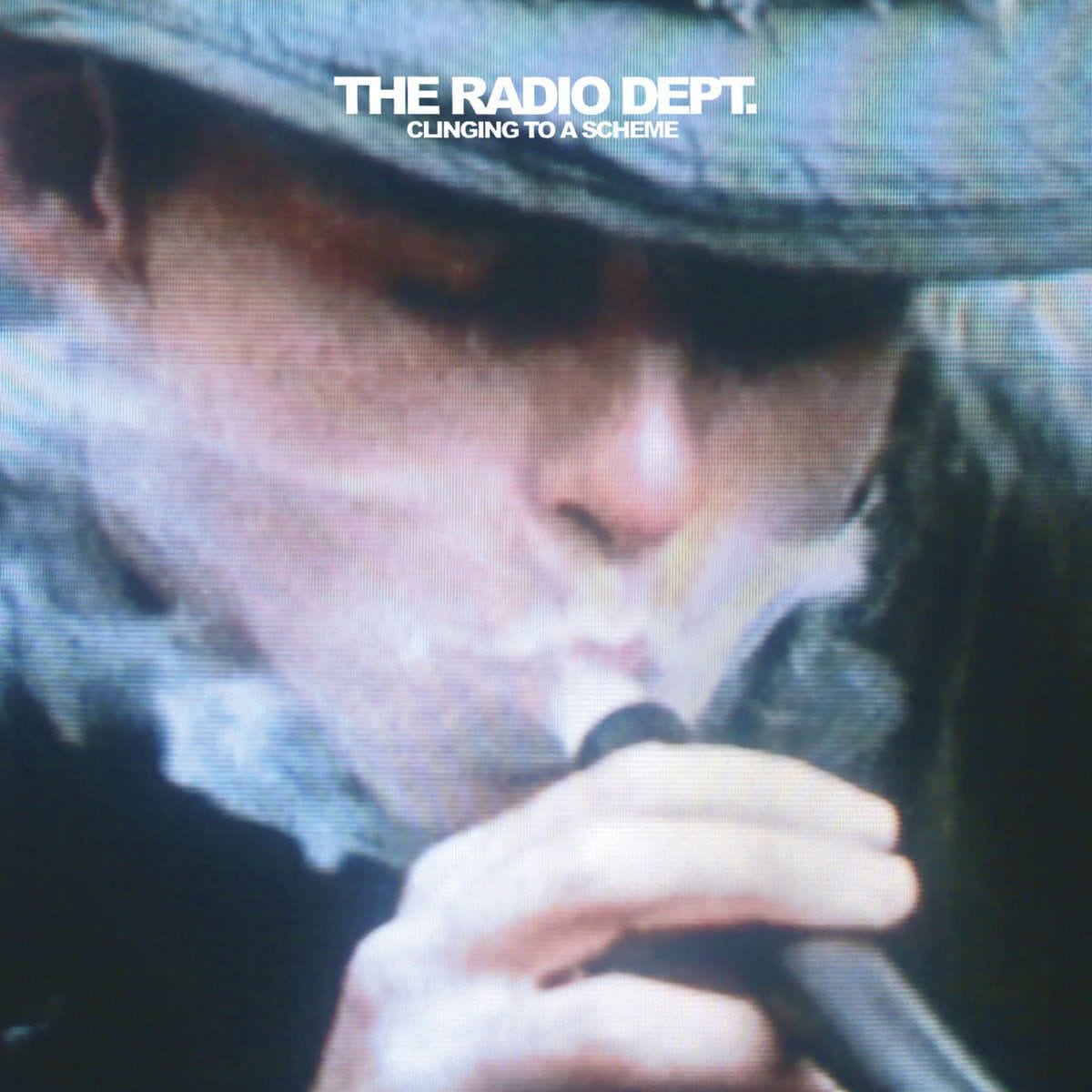 On their third album, the Radio Dept. once again demonstrate the flexibility within their distinctly fuzzy style of pop music. They do their version of reggae, their version of the 1980s soft-pop ballad. While musically the album seems especially playful, even experimental, their songs carry a heavy weight, projecting an inherent disappointment in life that isn’t just about people letting people down, but about the struggles of everyday people to maintain their individuality within cultures that don’t value it. Within this collection of bittersweet pop songs lies an epic dialogue about hypocrisy and repression, about trying and failing to connect with other people in a way that would build something beautiful in the face of so many broken promises.

This article was originally published on 7 December 2010.