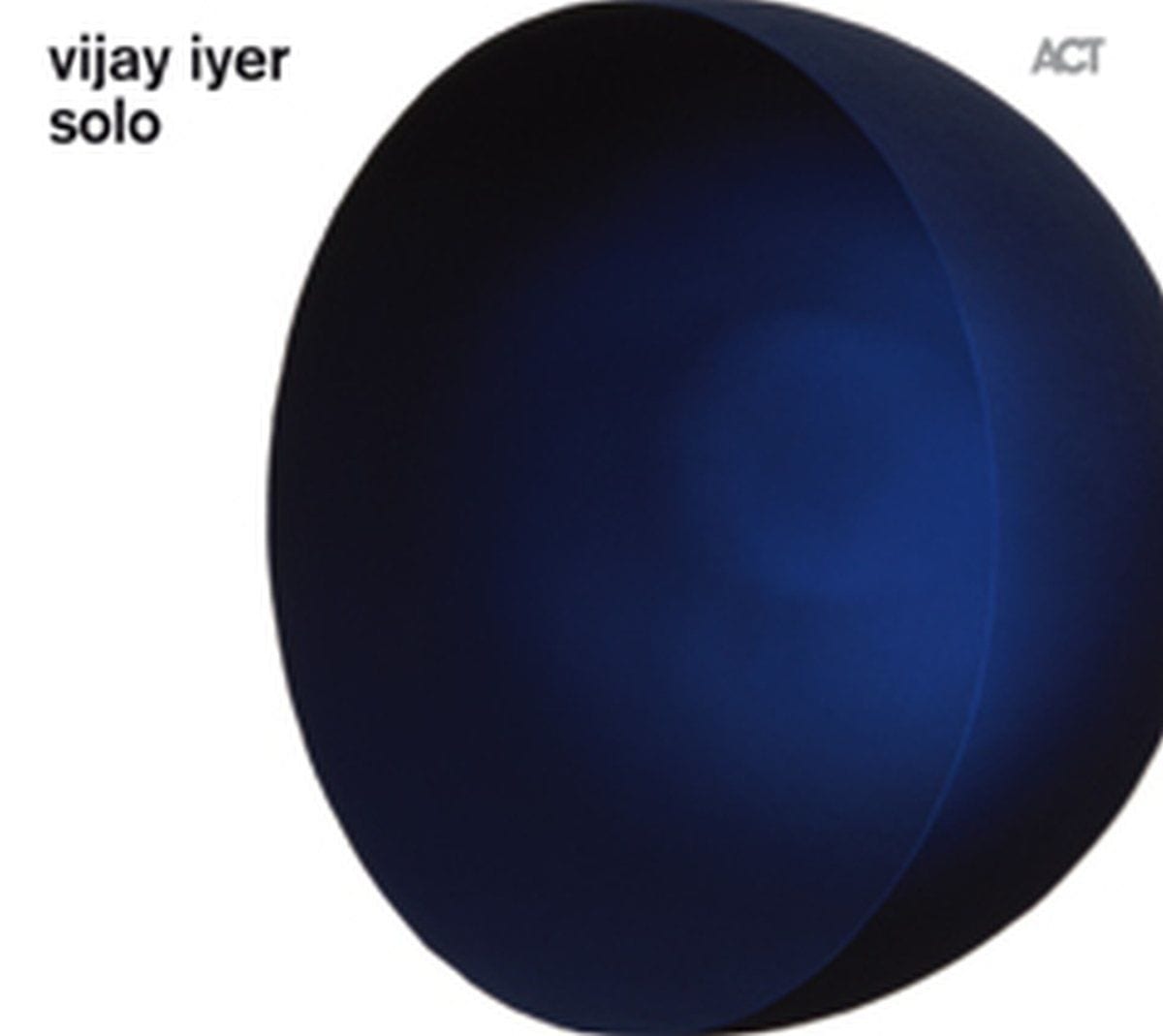 The first solo piano outing by Vijay Iyer is an unqualified triumph, idiosyncratic and highly personalized, accessible but also fresh. On the one hand, Iyer reimagines some standards and pop songs so that his ideas about rhythm and his methodologies as a composer make sense. Particularly, we can hear the way Iyer uses patterns and repetitions to create unique harmonic and melodic structures on tunes as varied as Michael Jackson’s “Human Nature” and Monk’s “Epistrophy”. On the other hand, Iyer presents a series of original tunes that exhibit his concepts compositionally. The essence of Iyer’s excellence as a jazz pianist, however, is in the degree to which these performances are emotional, dramatic, and compelling. Whatever systematic method he brings to his playing, it serves the music itself: an art form that tugs at your ears and heart. 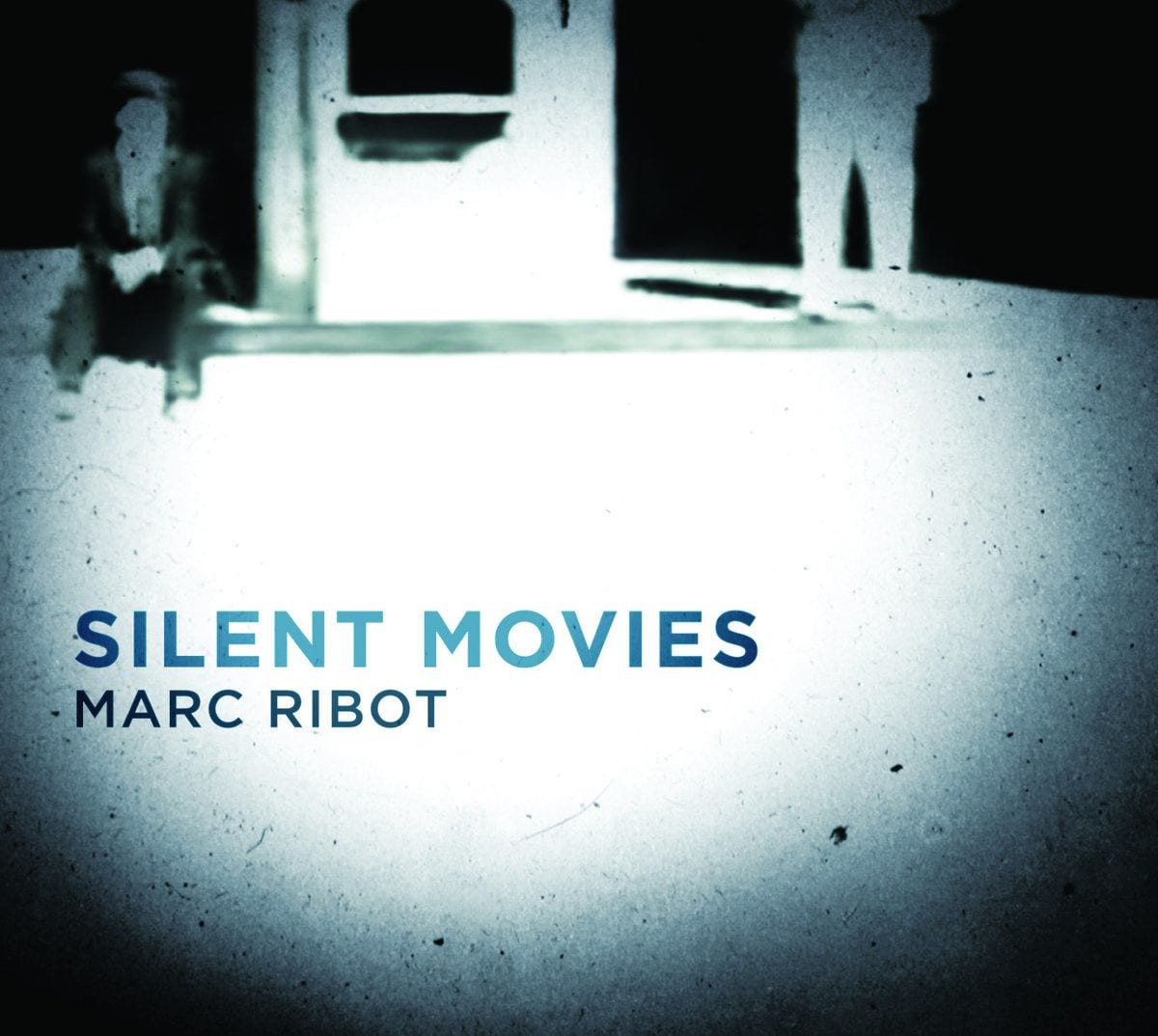 Marc Ribot is like a young Derek Bailey; he can sit down with just his guitar and simultaneously confound you with technique, beauty, and surprise. Often within the same two bars of music. Various pieces of Silent Movies were born out of real soundtrack assignments, while the origins of others remained imaginary to Ribot. The result is solo guitar at its finest. 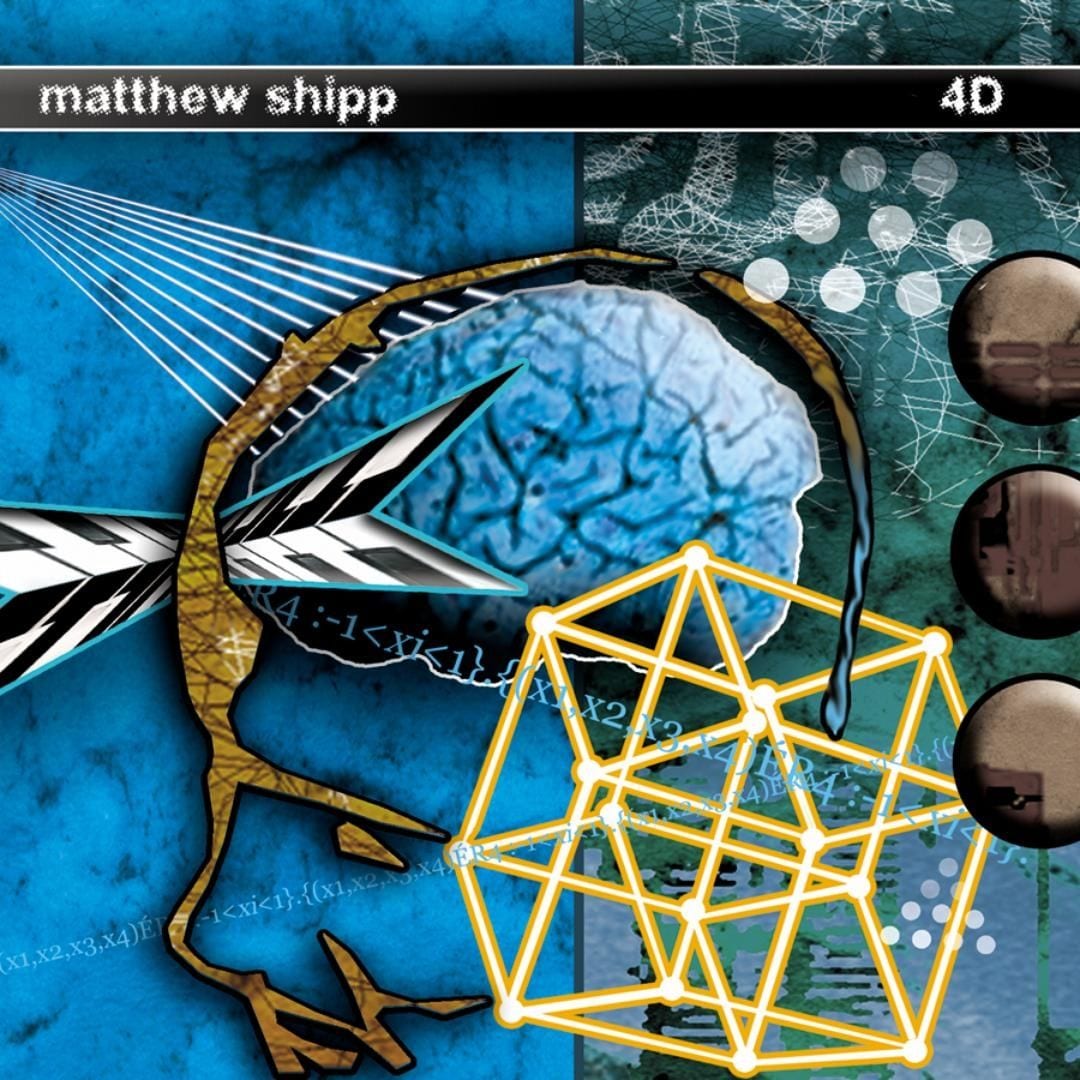 Matthew Shipp has been pushing the boundaries of jazz for decades, and this solo piano recording is a perfect summary of the man’s impulses, techniques, and strengths. He plays with deep lyricism, but also maximum freedom here, staying close to the conventional on a few tunes (Duke’s “Prelude to a Kiss”) but more often veering off from stride into jagged zip. Shipp is impressionistic, driving, explosive, bombastic, playful, and psychedelic all in one solo recital. 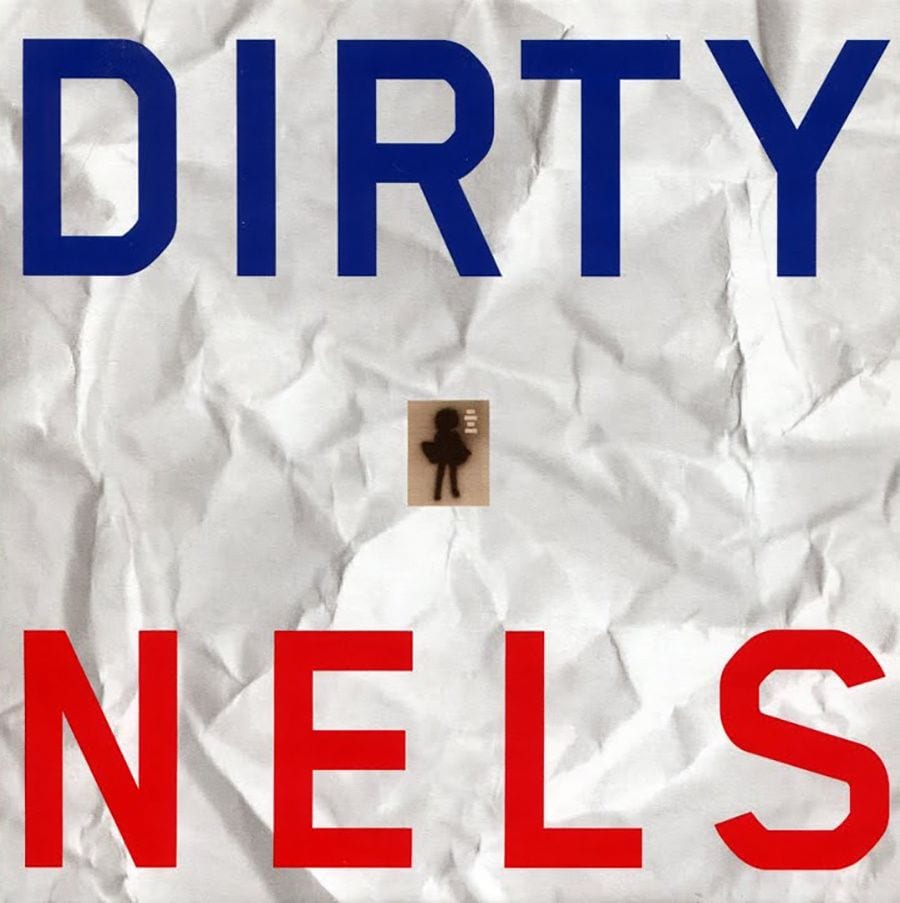 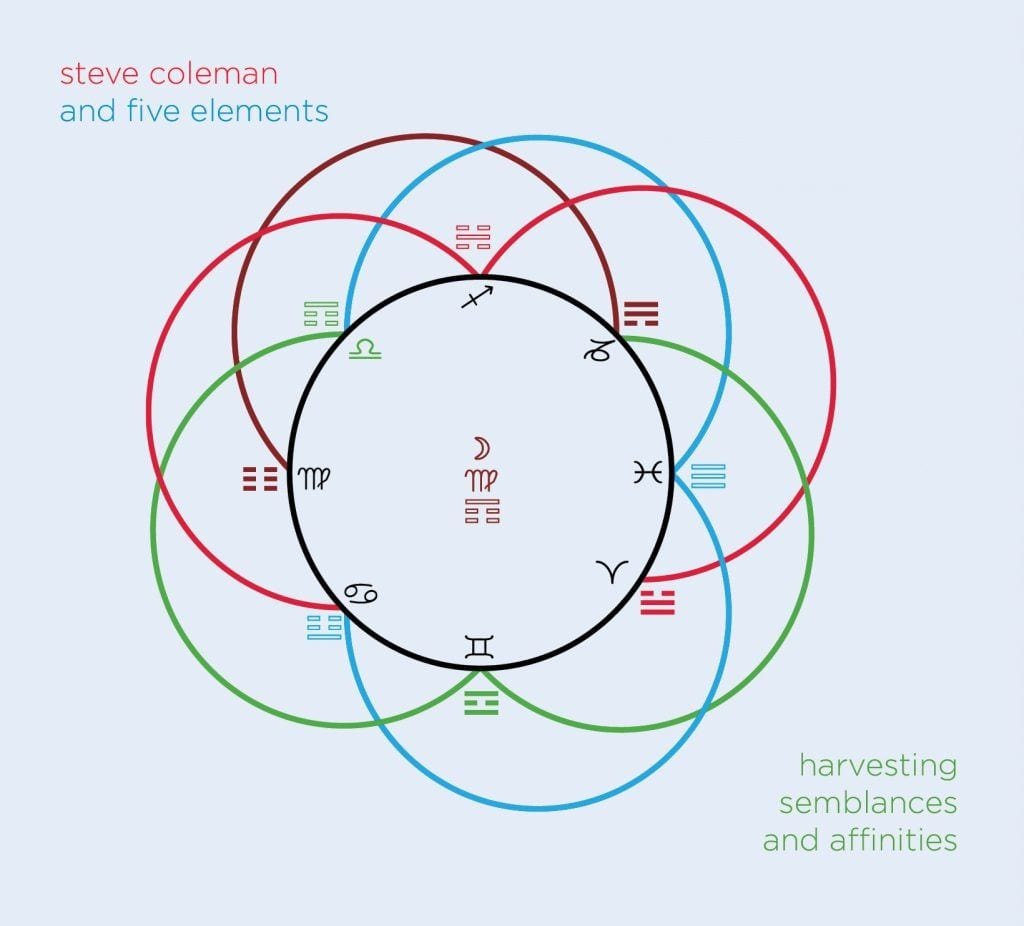 After staying away from the American market for so long, the re-entry of sax legend Steve Coleman and his band the Five Elements isn’t so much a breath of fresh air as it is a sharp shot in the arm for jazz. Never content to take the easy way out from a compositional point of view, Coleman shifts the sounds of his band in and around the ordinary blocks. It’s hard to tell what makes Harvesting Semblances and Affinities work so well, but it sure sounds right. 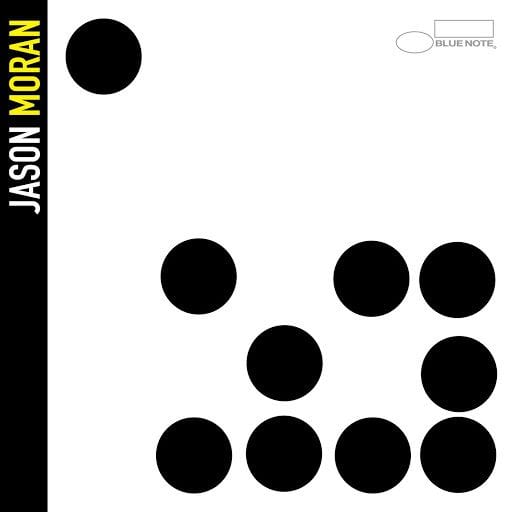 Moran and his band Bandwagon have been around for a decade, making music that has quietly become the standard for modern jazz trios. On
its ninth (!) Blue Note recording, the trio brilliantly summarizes its great work: lyrical music, jazz that incorporates funk and hip hop, imaginatively fragmented jazz standards (a truly exceptional “Crepuscule with Nellie”), and even intriguing avant-garde compositions such as “Feedback Pt. 2” that incorporates pulsing guitar feedback in such a way that is Philip Glassian, revelatory, wonderful. Another ten years, please.

Henry Threadgill Zooid – This Brings Us To, Volume II [Pi] 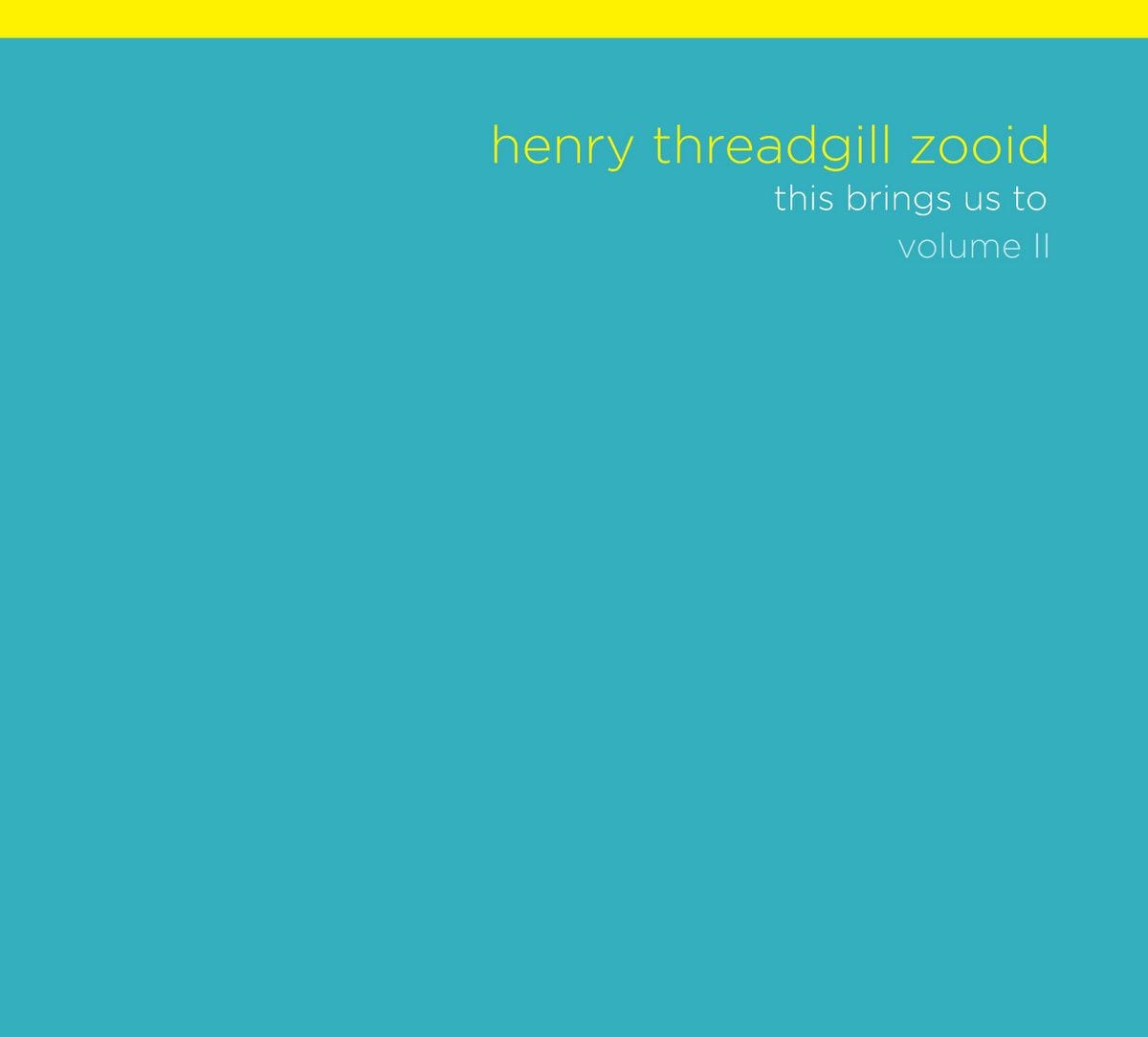 Henry Threadgill has spent so long chipping away at jazz traditions that you’d think he would run out of ways of thinking outside the box by now. Happily, he hasn’t. This Brings Us To, Volume II is the companion piece to last year’s volume one, obviously, and their DNA is pretty similar. But the method behind Zooid’s madness — aka Threadgill’s compositional approach and the band’s improvisational approach — is something to behold all by itself. There may never again be another original like Threadgill, so we better embrace him while he’s still around. 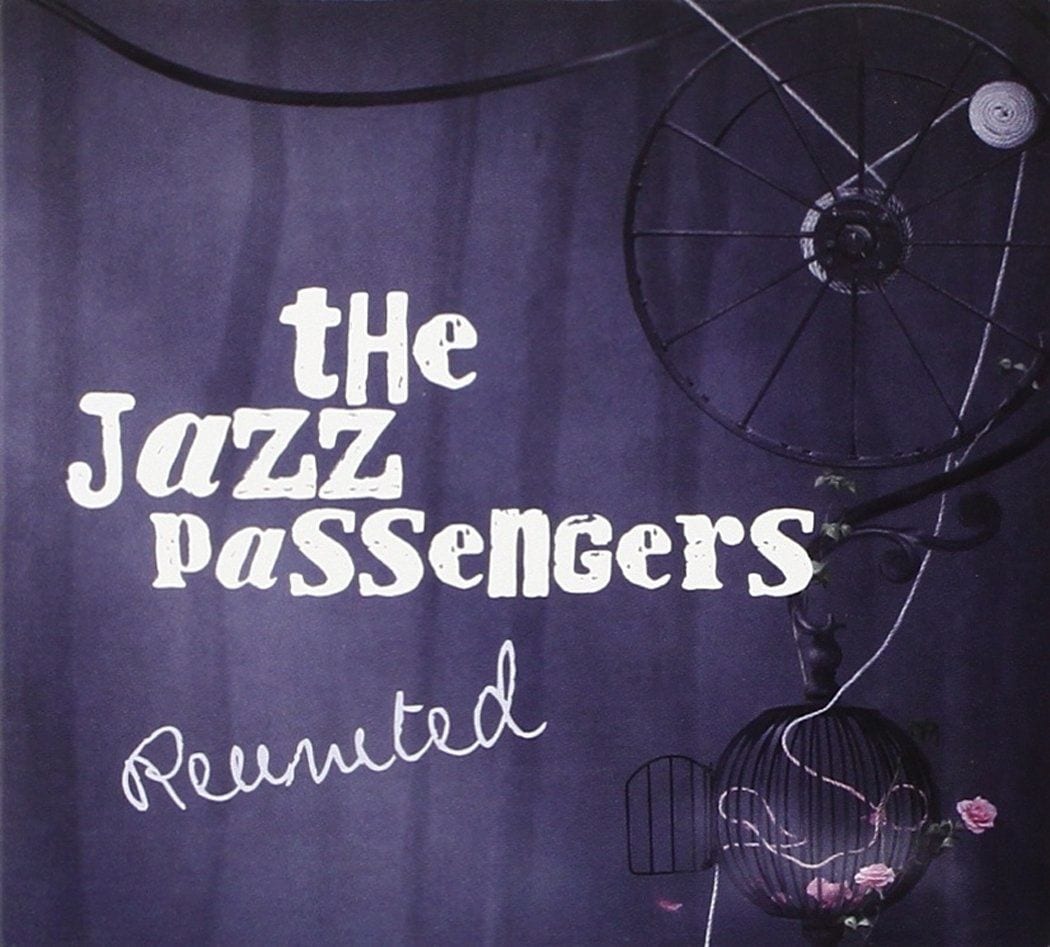 The Jazz Passengers combine vaudeville and jazz into a strange and all-too-rare package. In the band’s first recording in a decade, Roy Nathanson, Curtis Fowlkes, Bill Ware, and company seem like they never left us — yet we’ve been strangely impoverished without them. Here is Elvis Costello crooning a beautiful ballad (“Wind Walked By”) with Marc Ribot’s guitar and Sam Bardfeld’s violin haunting the background, a smashing cover of Radiohead’s “The National Anthem”, a crazily swung “Spanish Harlem”, Deborah Harry killing it on lead vocals of an original and her own “One Way or Another”. That’s not to mention the title track, a Peaches and Herb rerun that is as affecting as it is weird and funny. The Passengers are a tonic for what, so often, ails a serious art form like jazz. 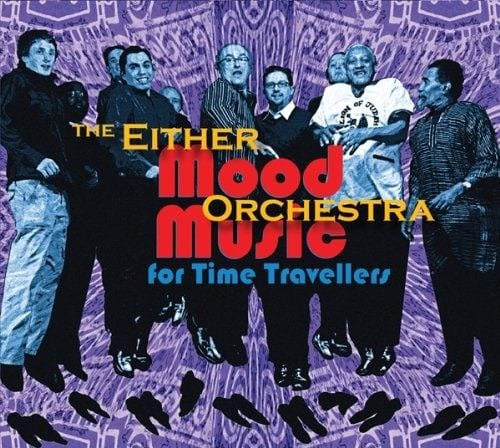 That’s not a typo, the Either/Orchestra really did name their new album with one too many “L”s. We may never know why they did that, but it could be indicative of the extra perks you get with a new album by Russ Gershon’s legendary big band. Extra members, more texture, lengthier songs, abundant trumpet and sax solos, the sound of a band hitting its stride for the umpteenth time in their career — it’s all on display in Mood Music for Time Travellers. This is a modern big band at its most jubilant. 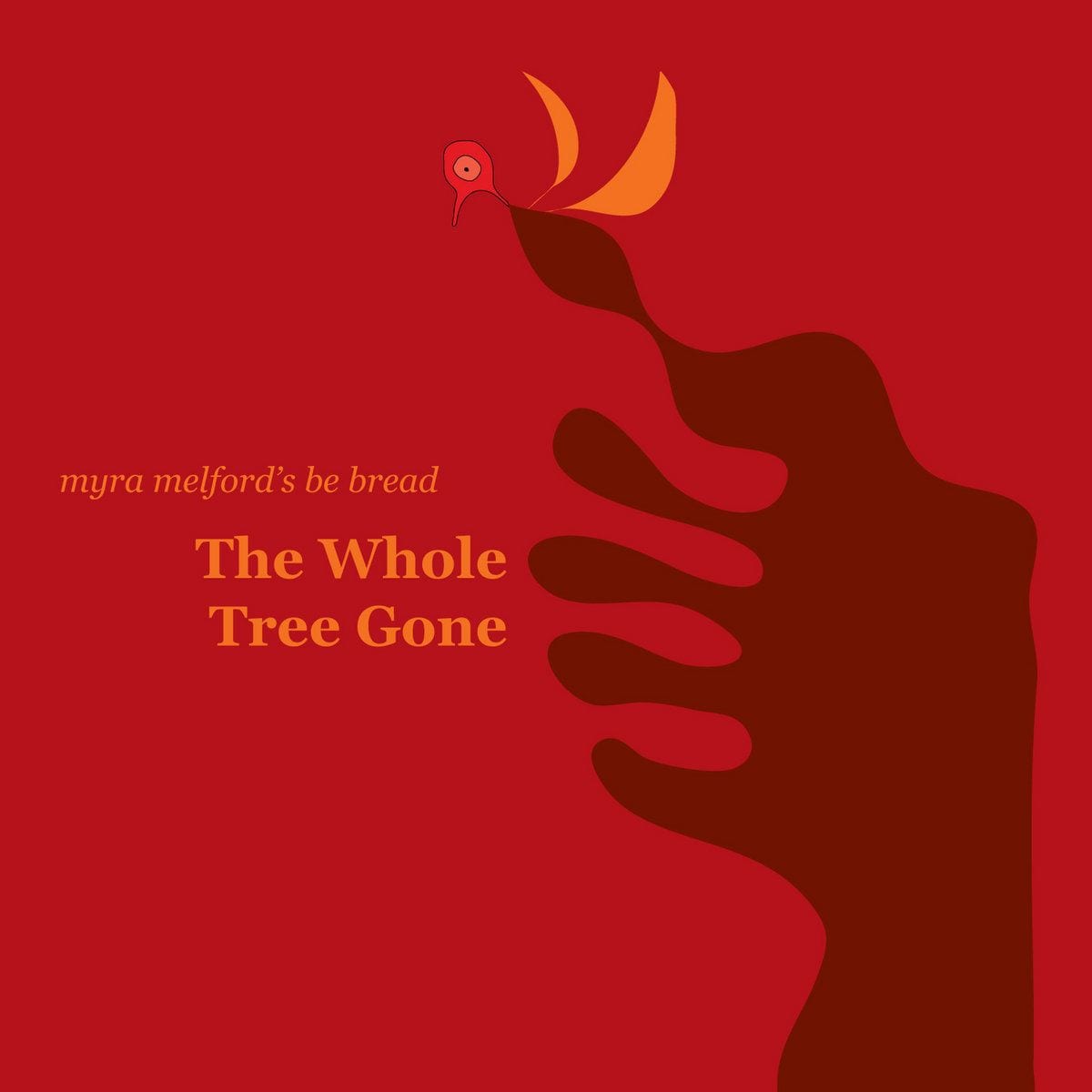 Be Bread is simultaneously brash and gentle, sunny and daring. This is the jazz avant-garde with a smile and a skip. Myra Melford is underestimated as a pianist, moving from Monk-ish bop to knuckle-swirling and percussive freedom in a single solo, but always serving the tune. The key to the disc may be Brandon Ross’ acoustic guitar, which moves from pretty to tart to bluesy and holds the center of so many arrangements. Ben Goldberg’s clarinet and Cuong Vu’s trumpet are compelling in the front line, equally capable of creating stately chamber jazz and steely Blue Note spirit. Overall, the tone of Whole Tree is lyrical but fully free of constraint, continuing the legacy of brilliant records such as Dave Holland’s Conference of the Birds. 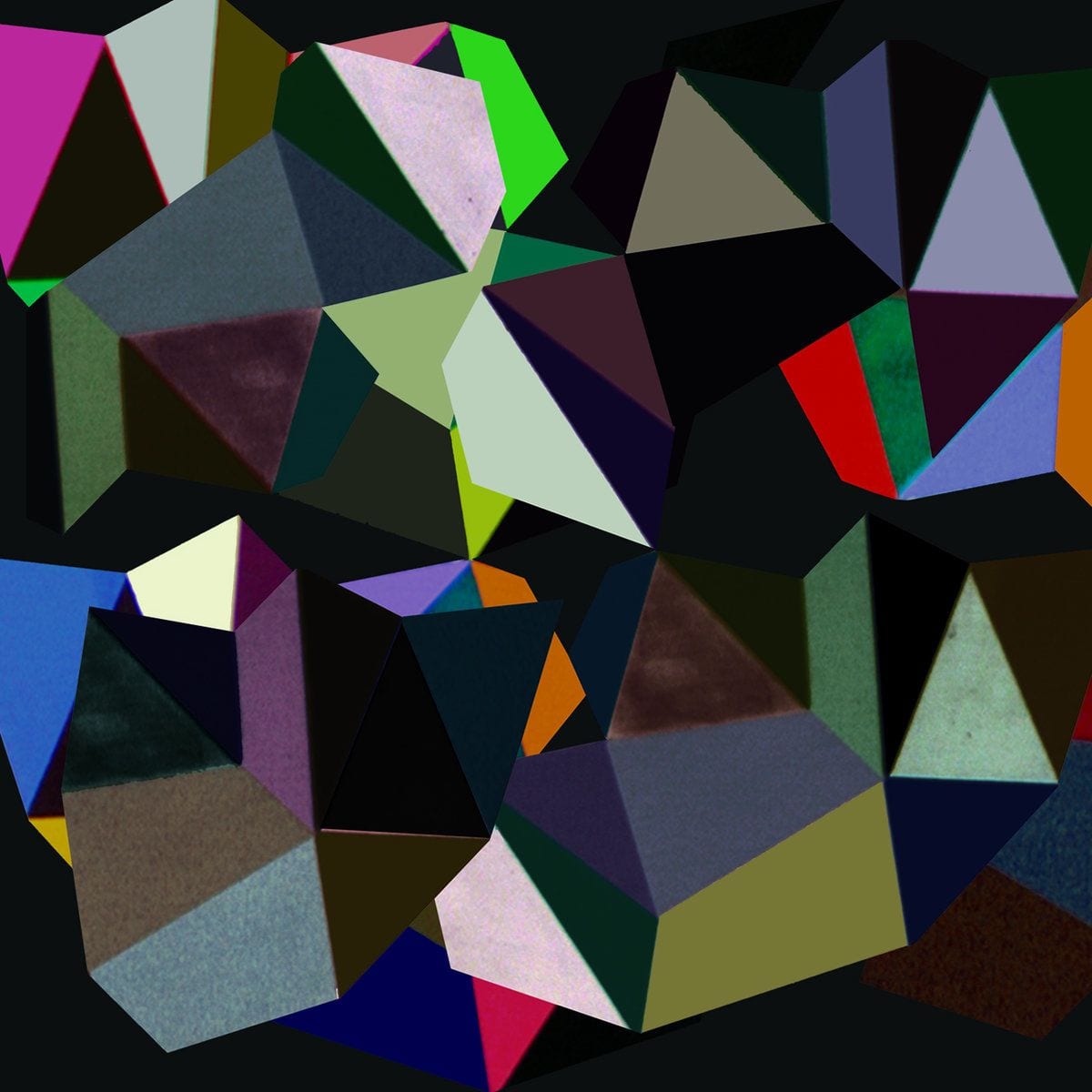 England’s Portico Quartet is one of those bands that kind of makes you sick. By that I mean they are four young musicians who seemed to just drop out of the sky one day and land in Peter Gabriel’s/Real World’s lap, complete with an original sound intact and musical chops to match. Isla is a bid to bring their brand of world music-flavored minimalist jazz stateside, preceded by some deserved hype from British critics. May success never spoil them.

Mostly Other People Do the Killing – Forty Fort [Hot Cup] 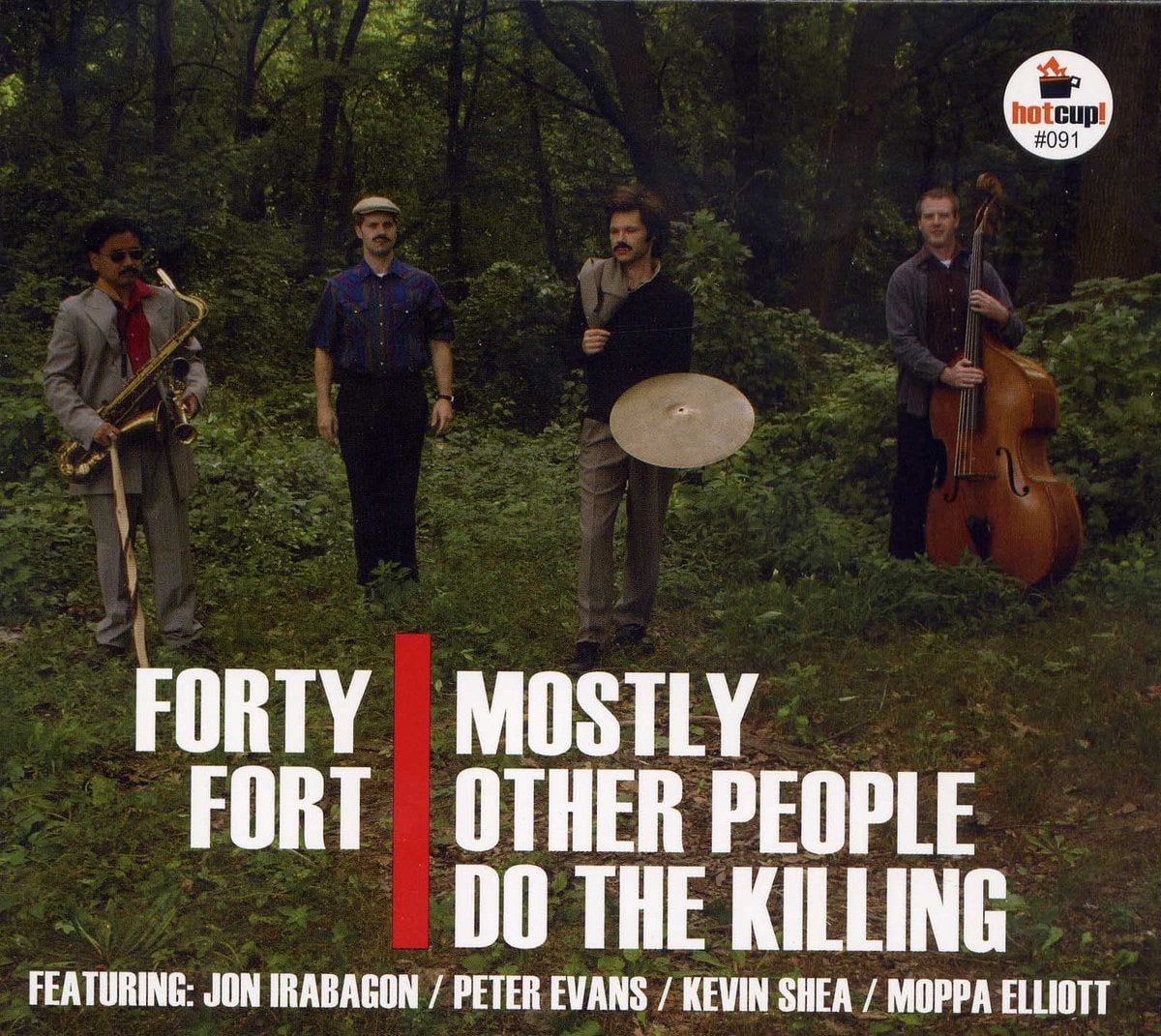 This quartet led by bassist Moppa Elliott makes superb and “serious” modern jazz that moves over the full range of the music’s history, from big band swing to raucous free jazz. But the group has such rollicking fun along the way that the dissonance and sharp edges are as easy on the ears as the sophisticated grooves you will hear. Alto saxophonist Jon Irabagon shines as a stand-out soloist, but the best thing about this disc is the way Elliott frames all the improvising in a dazzling kaleidoscope of different rhythms, different combinations of instruments, different tonal feelings, different pairs of improvisers. That the whole thing is fun (and even funny, with liner notes by Leonardo Featherweight and a cover photo mimicking an old disc by Roy Haynes) is a bonus. Jazz in the new century need not be ponderous, hallelujah! 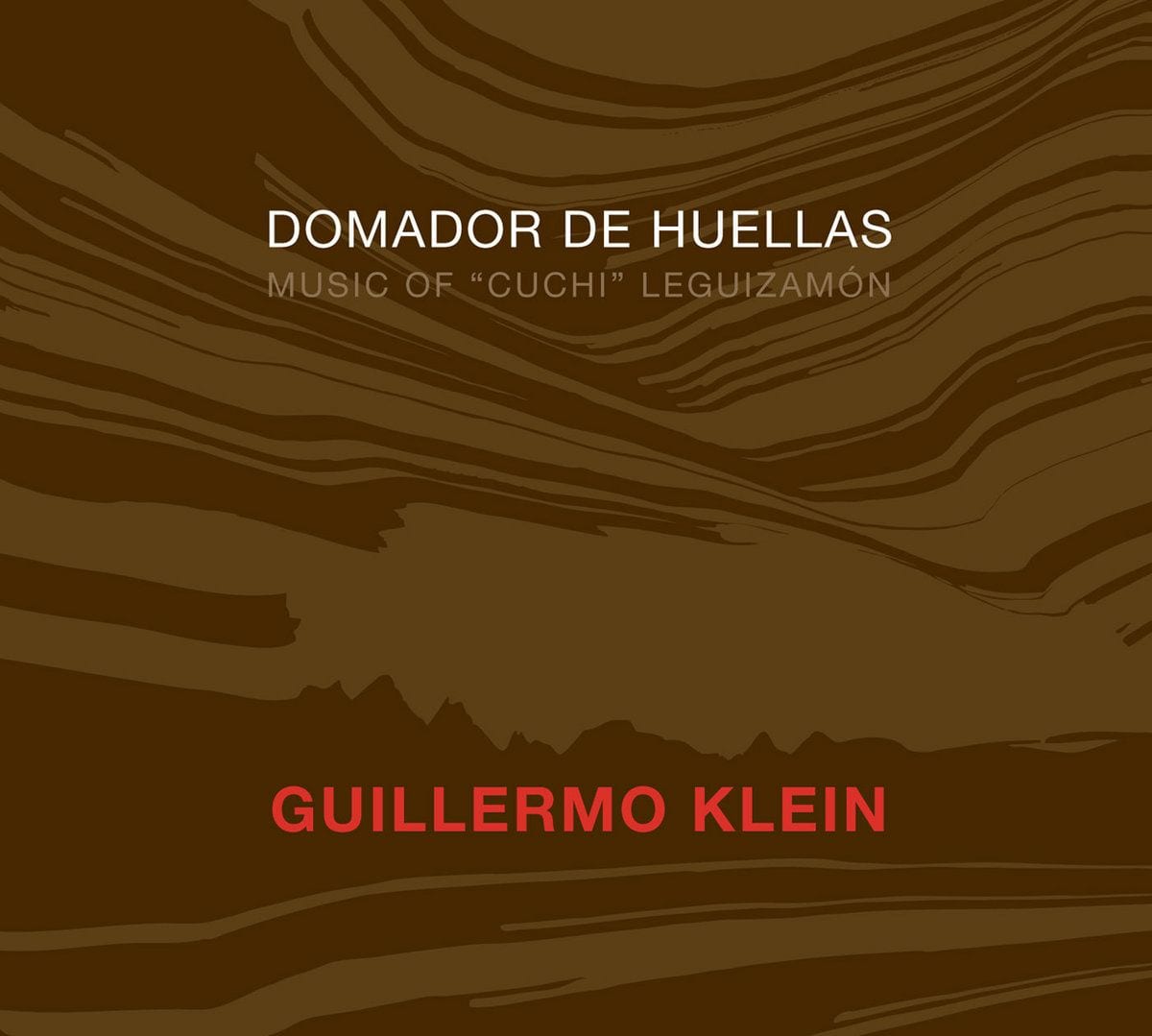 It’s a good sign that a jazz recording based on folk compositions from Argentina is a natural for this list. Klein, from Argentina via Boston and New York, takes on the tunes of a legendary countryman, but he approaches them with a jazz musician’s harmonic and rhythmic cleverness. Terrific vocal performances (by Klein as well as guests Lillian Herrera and Carme Canela) mesh naturally with Fender Rhodes electric piano lines, brass chorales, and a great variety of groove feelings from ballad to bluesy stomp. A record to listen to over and over again. 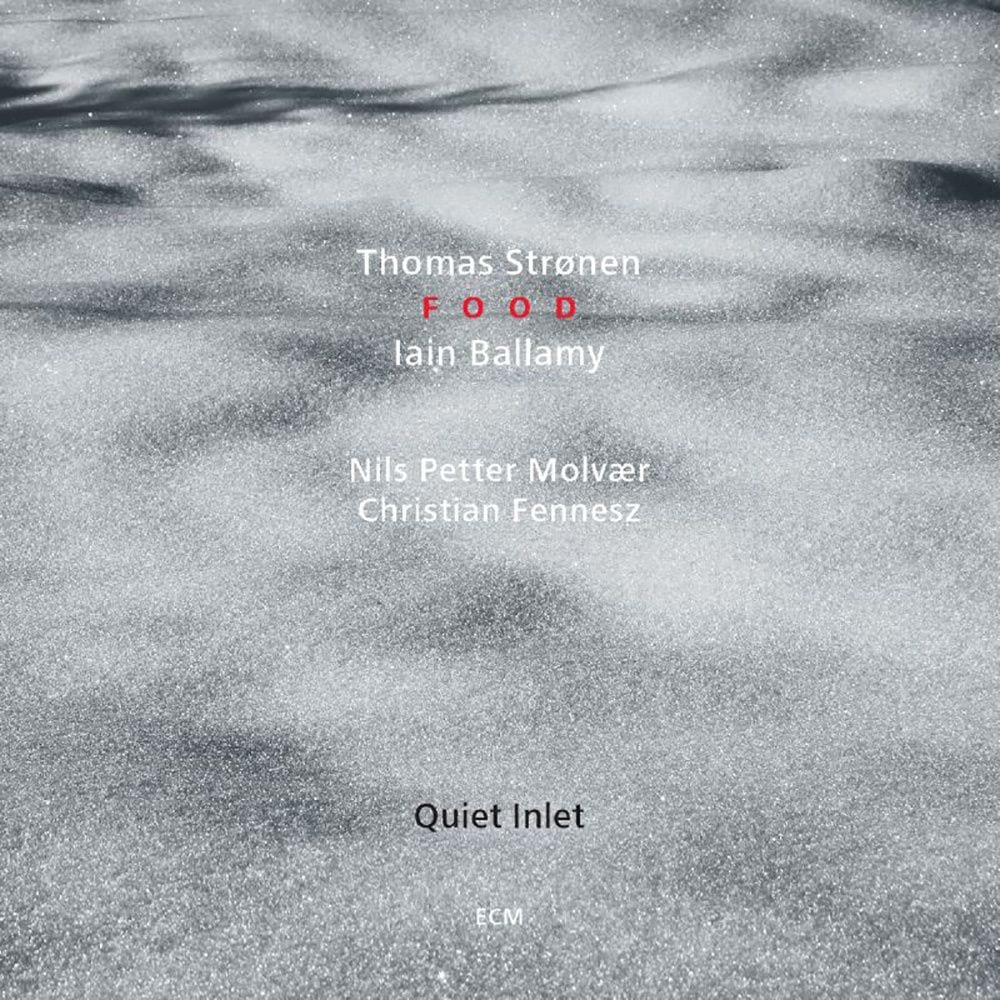 Think of them as an ambient jazz Nordic all-star band set to carry the torch of Jon Hassell’s fourth-world approach. Throw in an African polyrhythm, and you have Food’s latest album Quiet Inlet, a creative highpoint for 2010. This is not music that will grab you by the throat on first listen, but then again, that’s never really been one of ECM’s goals.

Jazz is working all the angles these days. We’d be surprised if there was any genre-specific best-of-the-year list on PopMatters to have such range — from solo instruments to big bands, from instrumental to vocal, from European musicians to both North and South Americans, from truly pretty music to raucously avant-garde “noise”. This range is remarkable because “jazz” still has a center that holds: every record on this list features intelligent, artful improvisation, compositions steeped in a tradition reaching back to Armstrong and Ellington, and remarkably cohesive fusion of elements beyond the tradition.

Increasingly, jazz does all this without the support of radio airplay, major label support, or a significant “popular” following. Which is not to say that the music is petering out in any way. It lives in a million places at once, not only in jazz clubs in Brooklyn or Lower Manhattan, but also at the Kennedy Center in DC or Tipitina’s in New Orleans or countless concert halls, clubs, bars, and even living rooms from Oslo to Buenos Aires.

Our list, to an even greater degree than in previous years, features music produced for small, independent labels — some that are starting to look like old reliables such as Pi or Cryptogramaphone and a whole bunch that merely promise a non-commercial commitment to integrity with each release. Only Blue Note is a true major label (with a single entry), and ECM, though independent, qualifies as the granddaddy of jazz outlets in 2010. We’re thrilled that both still make the annual list.

The last thing we should note is that the communities of musicians making great jazz today are sufficiently rich and interconnected that other discs featuring the musicians on this list might easily have made the elite grouping. To choose just one example, Natural Selection by the Rez Abbasi Acoustic Quartet could easily be included. Is it mere coincidence that the vibes player on that recording is Bill Ware, who is a primary player and composer for the Jazz Passengers, represented here by Reunited? Or that Abbasi’s frequent bandmate is Vijay Iyer, whose solo disc sits near the top of our list? Surely not.

Which is to say: there is a great web of jazz from 2010 to explore. Let this list be a beginning and not an end.

This article was originally published on 7 December 2010.