The Best Progressive Rock and Metal of 2017

2017 was a year of rejuvenation for progressive rock and metal, with many artists bouncing back from potential hardships to prove just how much they can still offer in terms of trying new things while maintaining what made them beloved in the first place.

5. Pain of Salvation - In the Passing Light of Day (InsideOut)

Swedish outfit Pain of Salvation has always been among the most idiosyncratic bands in progressive metal. Rather than emulate the Dream Theater formula of extensive showmanship, mastermind Daniel Gildenlöw aims for a more elegiac and experimental approach, prioritizing heartfelt songwriting (both personal and philosophical) and bonded stylistic shifts for supreme imaginative weight. While their last few outings veered toward a more commercial sound, their first five LPs—especially The Perfect Element Pt. I and Remedy Lane—are remarkably distinguished collages of entwined scores, profound lyricism, and fetching melodies. It's fortunate, then, that In the Passing Light of Day acts as a partial return to form, channeling some truly devastating feelings, stirring vocals, and interesting instrumentation into their best effort since 2004's polarizing BE.

Inspired by Gildenlöw's nearly fatal 2014 battle with a flesh-eating virus—and revolving around he and his wife's history—In the Passing Light of Day is also Remedy Lane Pt. II, with plenty of subtly shared musical and thematic links. Specifically, opener "On a Tuesday" captures the autobiographical fervor and multifaceted template that made their earliest full-lengths so alluring, while the closing title track acts a beautiful, heartbreaking, and understated commemoration of his marriage. In-between, "Meaningless" and "Silent Gold" capture Gildenlöw 's brilliance at crafting seductive hooks and sentimental odes, respectively, while "Full Throttle Tribe", "If This Is the End", and "Angels of Broken Things" move between serenity and aggression with substantial poise. Best of all, the entire sequence possesses a palpable conflict between hopefulness and melancholy that, in conjunction with an emphasis on symphonic timbres and unconventional structures, represents a reinvigoration fitting of a creator who's conquered so much. – Jordan Blum

Big Big Train has had one of the strangest trajectories in progressive rock. Formed in 1990, when the genre was essentially one of rock's afterthoughts, the group has persevered through a few (obligatory) lineup changes and shifts in sensibilities. That Grimspound would be one of the best progressive releases of 2017 may have seemed unimaginable earlier in the collective's career, but anyone paying attention to the host of Class A BBT releases that have found their way into the world in the last two decades would caution otherwise.

With a righteous blend of epics (starter "Brave Captain" and the subsequent "Experimental Gentleman" and "A Mead Hall in Winter") and shorter, frequently more accessible tracks ("Meadowland", "On the Racing Line"), the collective shows that it never lacks for ideas and remains as creatively vital today as it was at the start. Former Fairport Convention vocalist Judy Dyble turns in a remarkable performance on "The Ivy Gate", adding an extra dash of power to a song that still ranks as one of this LP's best.

The group's longtime dedication has paid off not only with the quality of this material but in the commercial realm as well: Grimspound charted in the UK albums chart, the first time that the group has achieved this kind of mainstream exposure. One can only marvel at that accomplishment and imagine what further peaks lie ahead for a band that continuously defies the odds. – Jedd Beaudoin 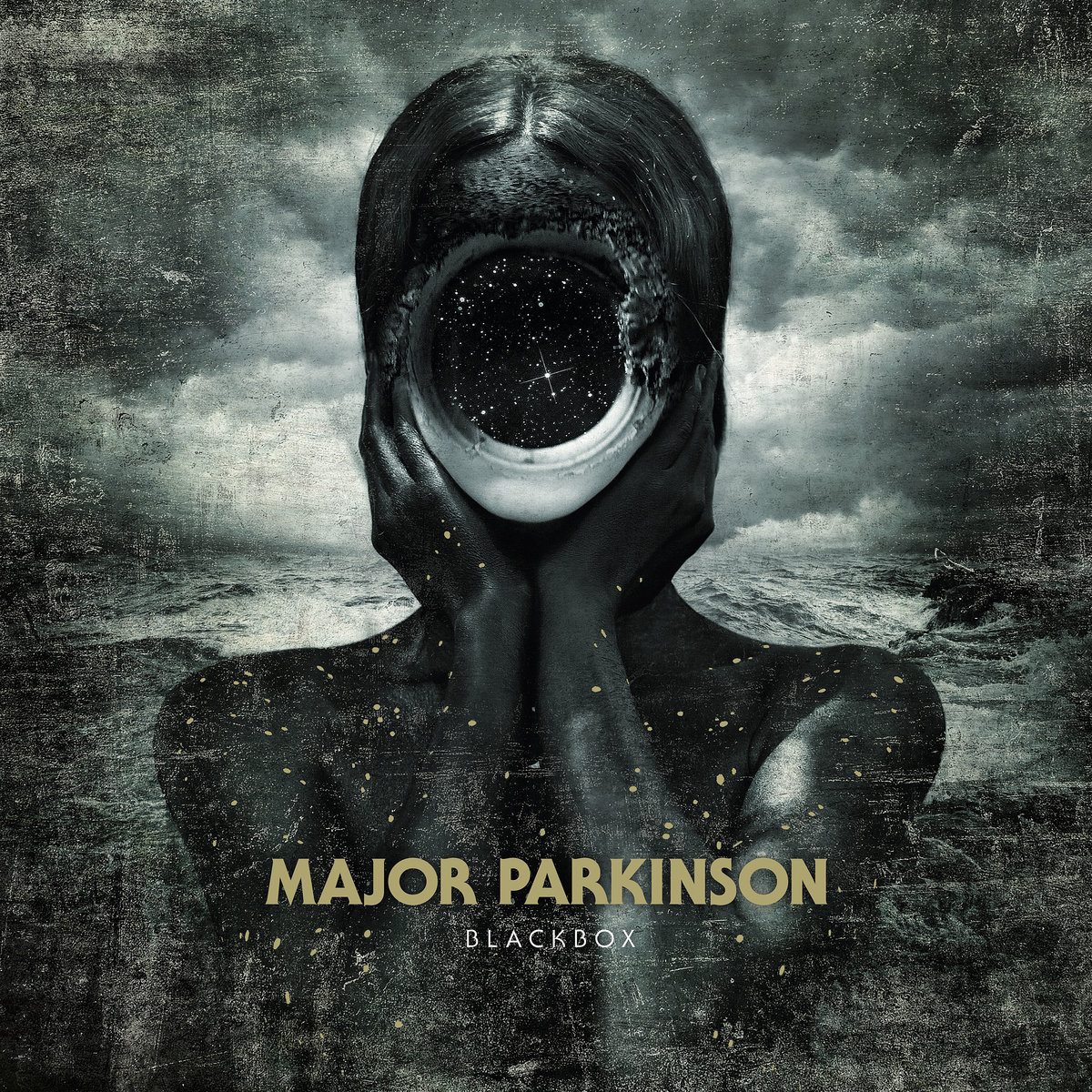 It's always great to hear another superb record from one of your favorite artists (as is the case with the rest of this list), but what's truly special is to be blown away by a band you'd never heard of previously. Such is the case with Blackbox, the fourth LP from Norwegian progressive metal septet Major Parkinson. In a nutshell, lead vocalist Jon Ivar Kollbotn evokes the gruff yet poetic penchants of Tom Waits, Nick Cave, and Leonard Cohen—with occasional assistance from the angelic Linn Frøkedal—in-between ceaselessly inventive, surprising, and varied arrangements that conjure genre-shifting bands like Diablo Swing Orchestra, Sleepytime Gorilla Museum, Mr. Bungle, and uneXpect. As such, it's an exceptionally distinctive, motivated, fun, and adventurous work whose culmination of accessible intricacy demonstrates how fresh the genre can still be.

Starter "Lover, Lower Me Down!" mixes '60s pop, '80s synth, vintage jazz, and many other elements into a sinister foreshadowing of a later gem (the completely madcap "Baseball"); afterward, "Night Hitcher" offers a thrillingly gothic slice of industrial/orchestral electronica, whereas " Isabel - A Report to an Academy" and "Blackbox" find both singers joining forces for philharmonic powerhouses of catchy, ominous splendor. Obviously, the two classical piano ballads ("Before the Helmets" and "Strawberry Suicide"), as well as the cascade of woodwinds that is "Scenes from Edison's Black Maria", add some gentle respite from the surrounding madness. As magnificent as those pieces are, though, there's little doubt that "Madeleine Crumbles"—with its zany colorfulness, expansive palette, and expertly interwoven tonal clashes—is what justly elevates Blackbox as a work of genius. – Jordan Blum

Dutch visionary Arjen Anthony Lucassen's Ayreon records always serve as an example of how to unite some of the most adored vocalists and instrumentalists in progressive metal to yield one conceptual masterpiece after another. This year's The Source is no different, as it once again finds Lucassen leading his musical army—including new and old guests like James Labrie, Tommy Rodgers, Russell Allen, Floor Jansen, Mark Kelly, Guthrie Govan, and Ed Warby—into a resourcefully dynamic, moving, and captivating journey. While its Flight of the Migrator-esque heaviness can be a tad repetitive and overwhelming overall, this prequel to 2008's 01011001 is a spellbinding return to the storyline (following 2013's departure, The Theory of Everything).

Like 01011001's "The Age of Shadows", "The Day That the World Breaks Down" is a tour-de-force of hypnotic melodies, biting lyricism, and engrossing musicianship that sets the stage for the narrative and gives each character a chance to shine. Elsewhere, tracks like "Sea of Machines", "Condemned to Live", "All that Was", "Bay of Dreams", "The Dream Dissolves", and "The Source Will Flow" provide striking moments of poignant singing complemented by an array of colorful timbres, while "Everybody Dies", "Aquatic Race", "Deathcry of a Race", "Planet Y is Alive!" and "Journey to Forever" give fans plenty of in-your-face theatrics and operatic intensity. Of course, the greatness of The Source is how masterfully Lucassen combines such divergent styles while ensuring maximum cohesion and engagement. That consistency, combined with many clever allusions to previous records (including a Rogue One/A New Hope connection to 01011001 at the end), makes it another indisputable triumph for Lucassen. – Jordan Blum 1. Steven Wilson - To the Bone (Caroline)

Steven Wilson's fifth studio album draws from a broad range of influences, some of them traditional prog rock (Peter Gabriel) and some of them not (Radiohead, Depeche Mode). There's a prevailing sense on this latest effort that if the Porcupine Tree/Blackfield man wanted to, he could go ahead and make an unapologetic pop record. This may be as close as we get. No matter the tendencies across the record, though, it remains undeniably the work of Wilson, a performer whose range and voracious appetite for music is well suited by the material on To the Bone.

Range certainly comes to mind when thinking of the album's (arguably) most ambitious piece, "Permanating". Wilson heads for the upper registers of his instrument, accompanied by piano and martial beat. It's a decidedly upbeat track and one that advances the idea of the possibility of a real pop crossover happening. For those more accustomed to Wilson's somber tendencies, a visit to his duet with Ninet Tayeb, "Blank Tapes", one of several undeniably beautiful songs to be found across the record (including their other duet, "Pariah"). An additional feather in the album's cap is the titular piece with lyrics from XTC's Andy Partridge, a meeting for two geniuses that one hopes gets more play in the future.

So, does he still play to his strengths on To the Bone? Undeniably. Both "Nowhere Now" and "The Same Asylum as Before" dash any concerns longtime fans might have about a full-on betrayal of his past and the notion that he'd ditch what he's built his career upon. – Jedd Beaudoin

Isabel Wilkerson's 'Caste' Reveals the Other Kind of American Exceptionalism

The Enduring Appeal of 'Unsolved Mysteries'

The Superficial Approach to Chicano and Pachuco Culture in 'Penny Dreadful: City of Angels'

Music of all kinds are tending toward a consciously experimental direction. Maybe we’re finally getting through to them.

John Lewis and C.T. Vivian were titans of the Civil Rights struggle, but they are far from alone in fighting for change. Eric Etheridge's masterful then-and-now project, Breach of Peace, tells the stories of many of the Freedom Riders.

Singer-songwriter Mike Mentz reflects on his troubadour lifestyle in the uplifting Americana of "Ain't That the Life".

Johnathon Ford has overseen Unwed Sailor for more than 20 years. The veteran musician shows no sign of letting up with the latest opus, Look Alive.

Australian rockers Datura4 take inspiration from the never-ending coastal landscape of their home country to deliver a well-grounded album between blues, hard rock, and psychedelia.

A heavy feeling of loss pervades Old Man Gloom's new albums as these songs are a way of coping and documenting grief, as well as commemorating how much Caleb Scofield meant to the band.

Eyedress' Let's Skip to the Wedding is a jaggedly dreamy assemblage of sounds that's both temporally compact and imaginatively expansive, all wrapped in vintage shoegaze ephemera.

The ongoing persecution of LGBTQ individuals in Chechnya, or anywhere in the world, should come as no surprise, or "amazement". It's a motif undergirding the history of civil society that certain people will always be identified for extermination.

Can food alone undo centuries of anti-immigrant policies that are ingrained in the fabric of the American nation? Padma Lakshmi's Taste the Nation certainly tries.

There's a song performed in James Whale's musical, Show Boat, wherein race is revealed as a set of variegated and contradictory performances, signals to others, a manner of being seen and a manner of remaining hidden, and it isn't "Old Man River".

If America could come together as one nation under a groove, Karl Denson & the Greyboy Allstars would be leading candidates of musical unity with their funky new album, Como De Allstars.

Help! is the record on which the Beatles really started to investigate just how much they could get away with. The album was released 55 years ago this week, and it's the kick-off to our new "All Things Reconsidered" series.

With Every Bad, Porridge Radio seduce us with the vulnerability and existential confusion of Dana Margolin's deathly beautiful lyricism interweaved with alluring pop melodies.

John Fullbright and other Tulsa musicians decamped to Leon Russell's defunct studio for a four-day session that's a tribute to Dwight Twilley, Hoyt Axton, the Gap Band and more. Hear Fullbright's take on Russell's "If The Shoe Fits".