Royal Patience Compilation…A Love Journey is Teedra Moses’ latest free mixtape, featuring 12 rough versions of songs that brilliantly showcase the fact that Moses has become the voice of the young black woman sophisticate, sales be damned. Few contemporary R&B artists write better melodies than Teedra Moses — “All That I Have” or “Winter ’96”, for instance — and few have so ingeniously updated mid-’80s black synth pop for the 21st century. Hunt down a copy of this mixtape online. 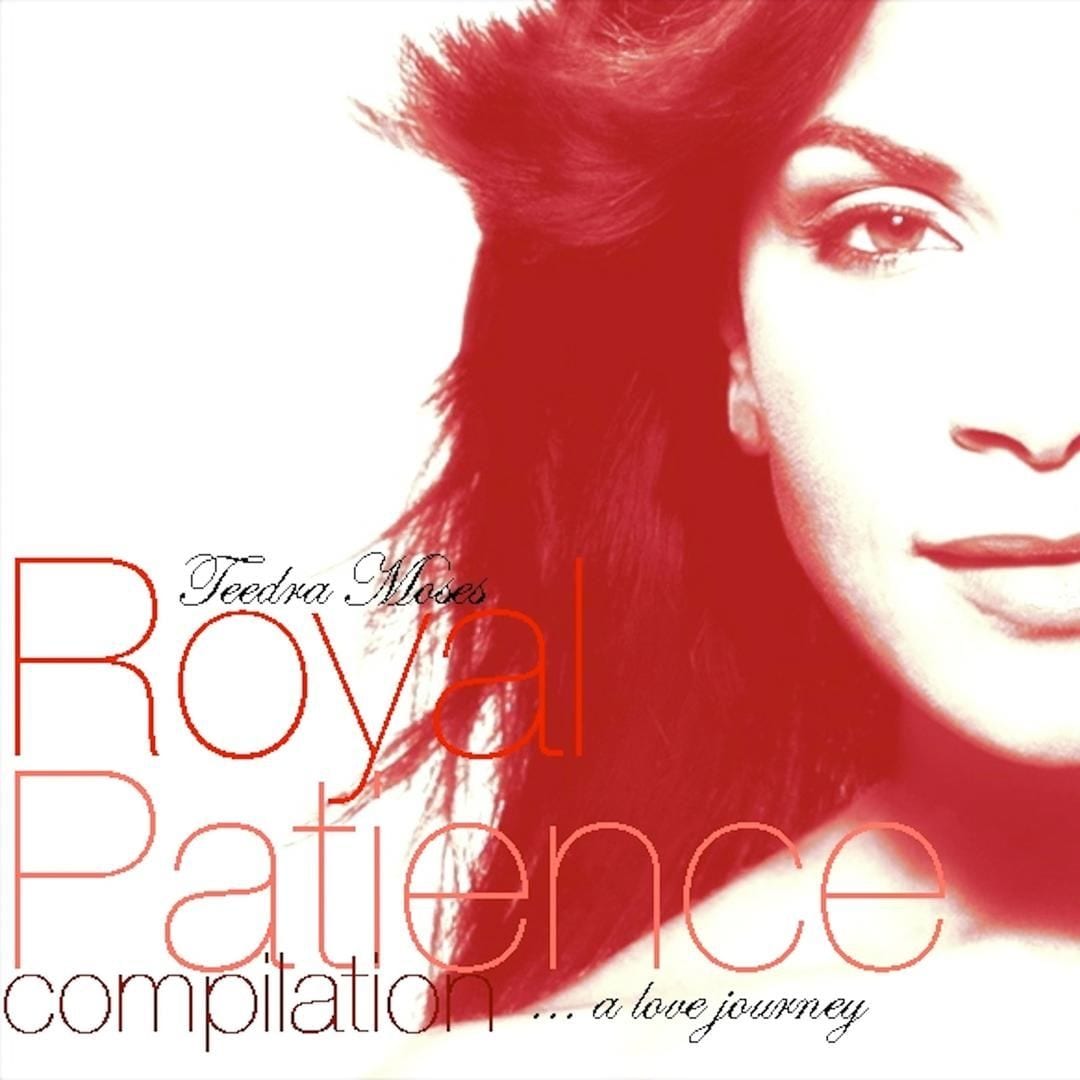 Brandon Hines – In Search Of [Independent]

Brandon Hines has been on his grind for a few years now, releasing a series of increasingly accomplished independent R&B albums that showcase a very versatile voice. His latest, In Search Of, finds Hines on a search for love and the thematic consistency makes the EP a satisfyingly complete experience. A true talent, Hines is on the verge of becoming a major artist. 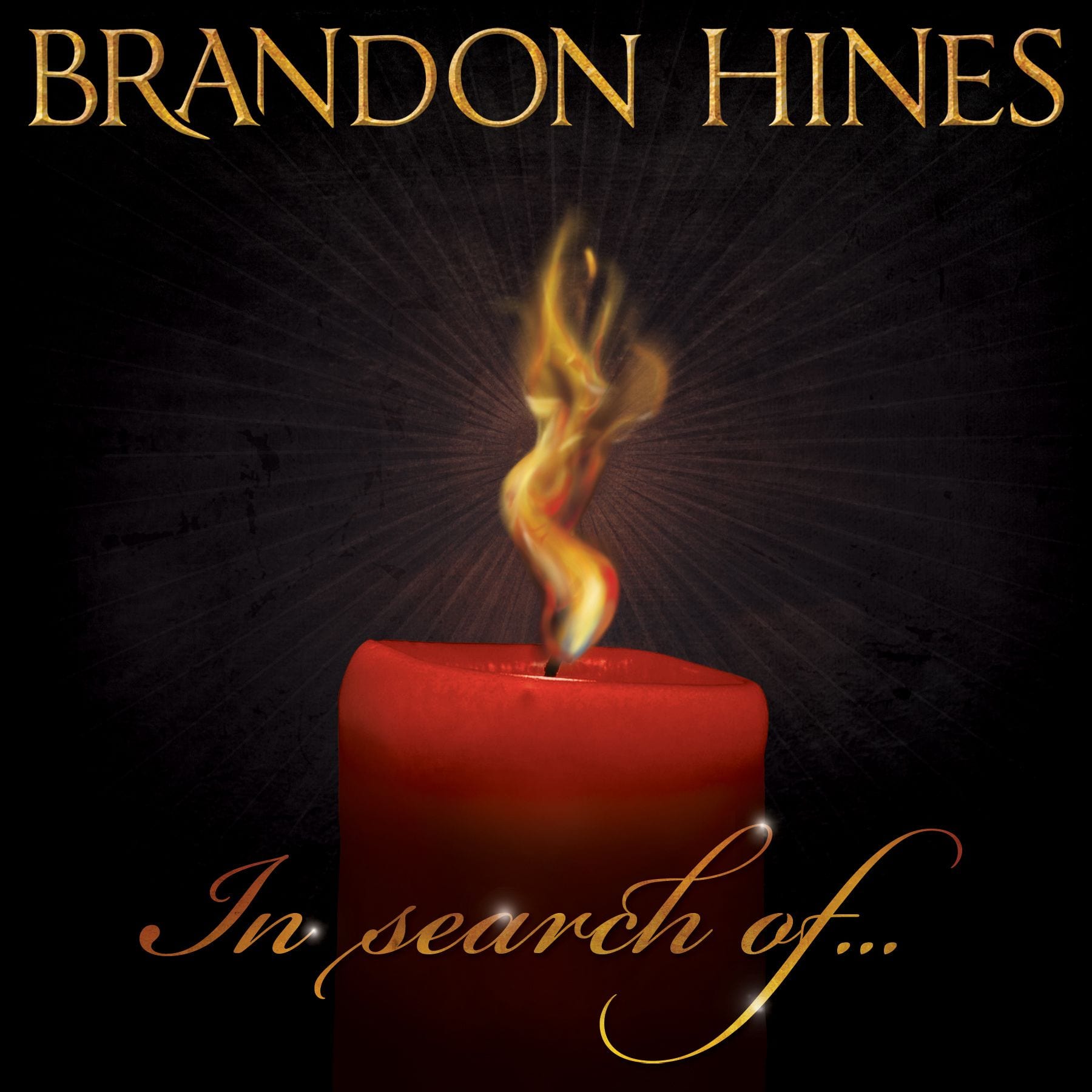 Darien Brockington, or D-Brock, has been the male voice of Foreign Exchange for years, all while quietly putting out his own top-shelf material. The Cold Case Files is his latest and it is a huge artistic leap forward — the kind of leap that should have gotten more attention than it did. The album lets D-Brock get his Prince on (the brilliant “Meet Me in Paris” and “Take You Home”) and expand on the unique brand of hip-hop soul that he created with Foreign Exchange (“Girl It’s You” and “Let’s Make Love (Tonight)”. At 23 tracks, it’s a bit overlong, but ultimately worth the purchase. 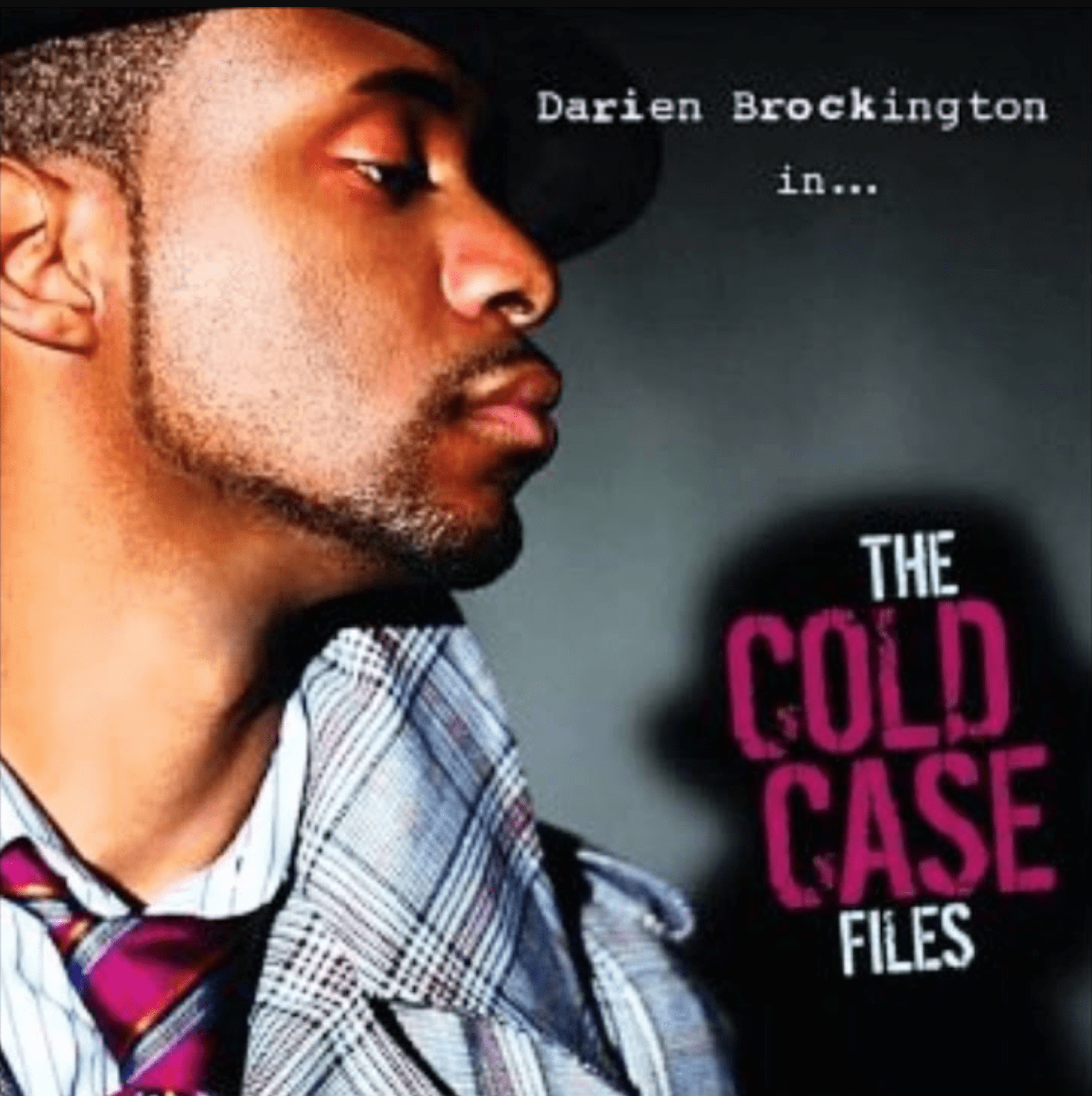 10. Jaheim – Another Round [Atlantic]

Another Round is the album that R&B fans have been waiting for Jaheim to make. Emerging on the scene almost ten years ago with one of the greatest pure voices of his generation, Jaheim’s voice was often much better than the material that he was singing. But on the grown and thoughtful Another Round, Jaheim gets to sing a batch of superbly crafted love songs that enable him to display a remarkable newfound vulnerability. No other male R&B vocalist of his generation made a better album this year. 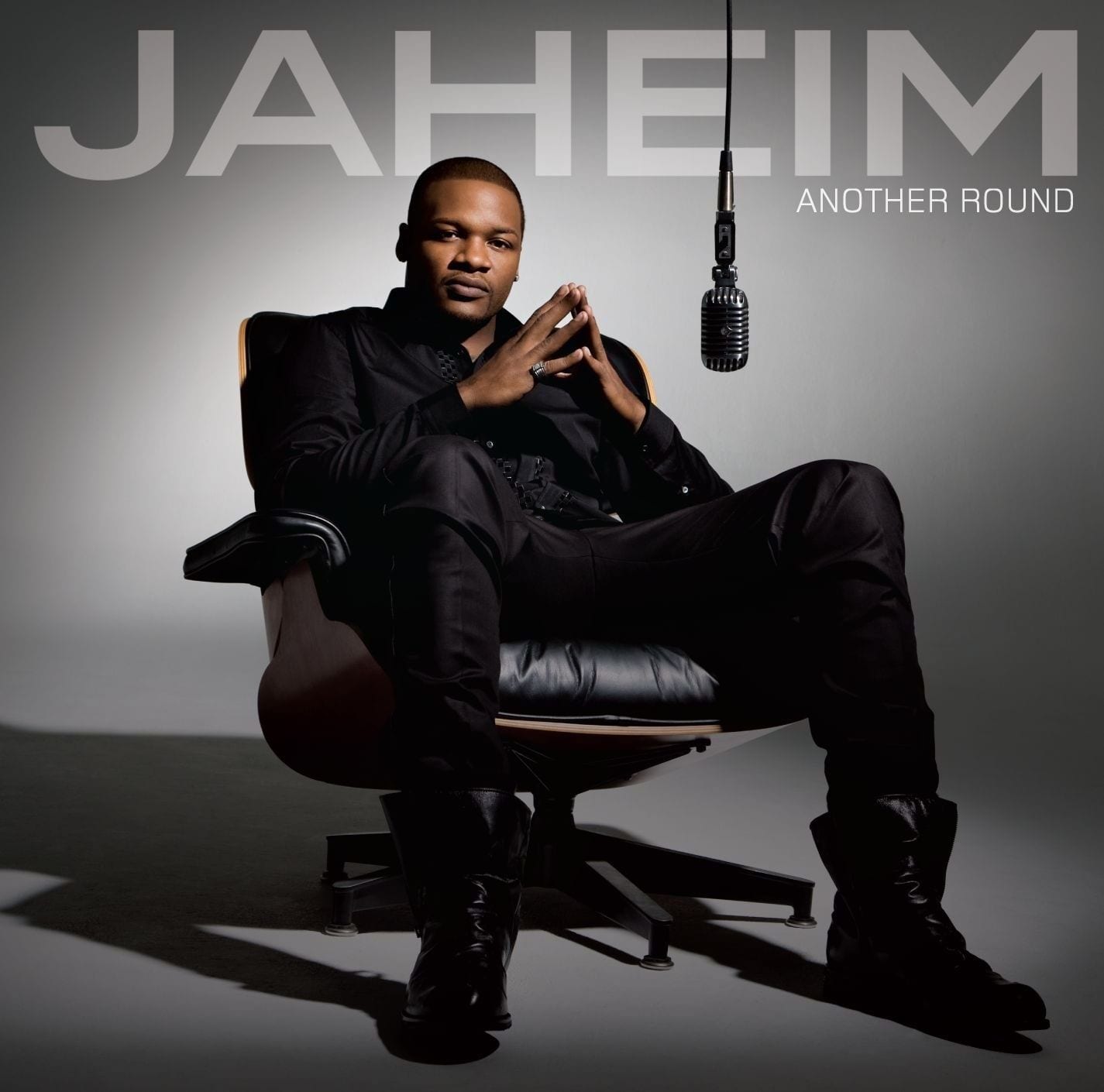 Monica has never made a truly great album until this year, when she decided to make
Still Standing, an album about her life experiences and her search for love. Everything here is a revelation, from the newfound clarity, depth, and power of Monica’s voice to wonderfully solid songwriting that makes terrific use of that voice. Monica has always had fight in her, but now on songs like “Stay or Go”, it feels honest instead of cartoonish as it has in the past. Monica has managed to capture exactly how rejuvenated and reborn she is at this moment in her life. And it’s a treat to hear. 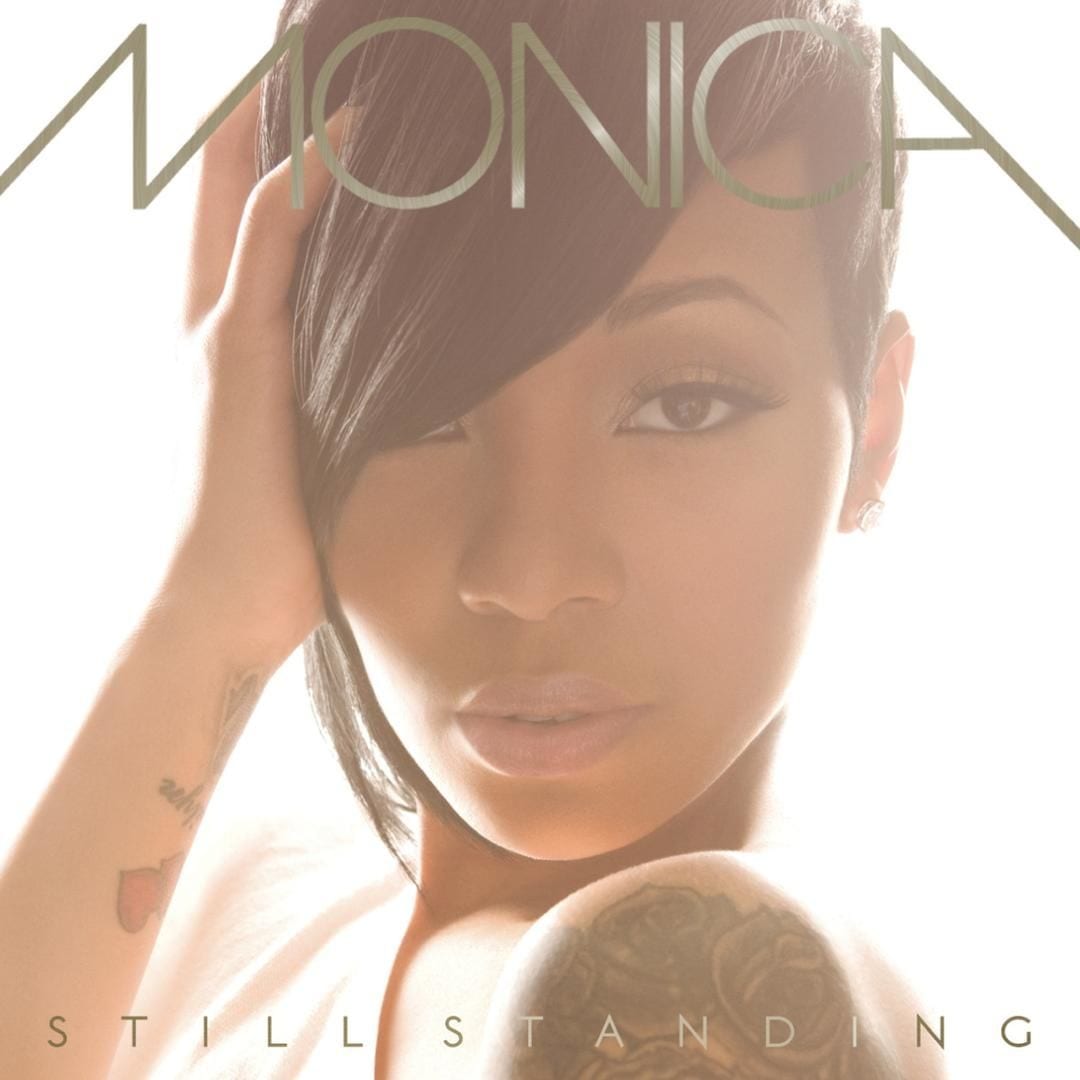 Trey Songz’s latest album silences any critic who thought he was just a shallow horndog with a pretty face. Passion, Pain & Pleasure is thoughtful, mature, and, yes, still very sexy. Songz managed to strike just the right balance between the Songz we knew and the Songz he is trying to become. Everything here is deeper, more focused on real emotion, and superbly crafted. His newfound vulnerability is refreshing and plays right to his unique ability to convey longing better than any other male R&B singer of his generation. From the melancholy “Can’t Be Friends” to the resolute “Unfortunate” to the thrilling “Blind”, Songz has truly outdone himself. 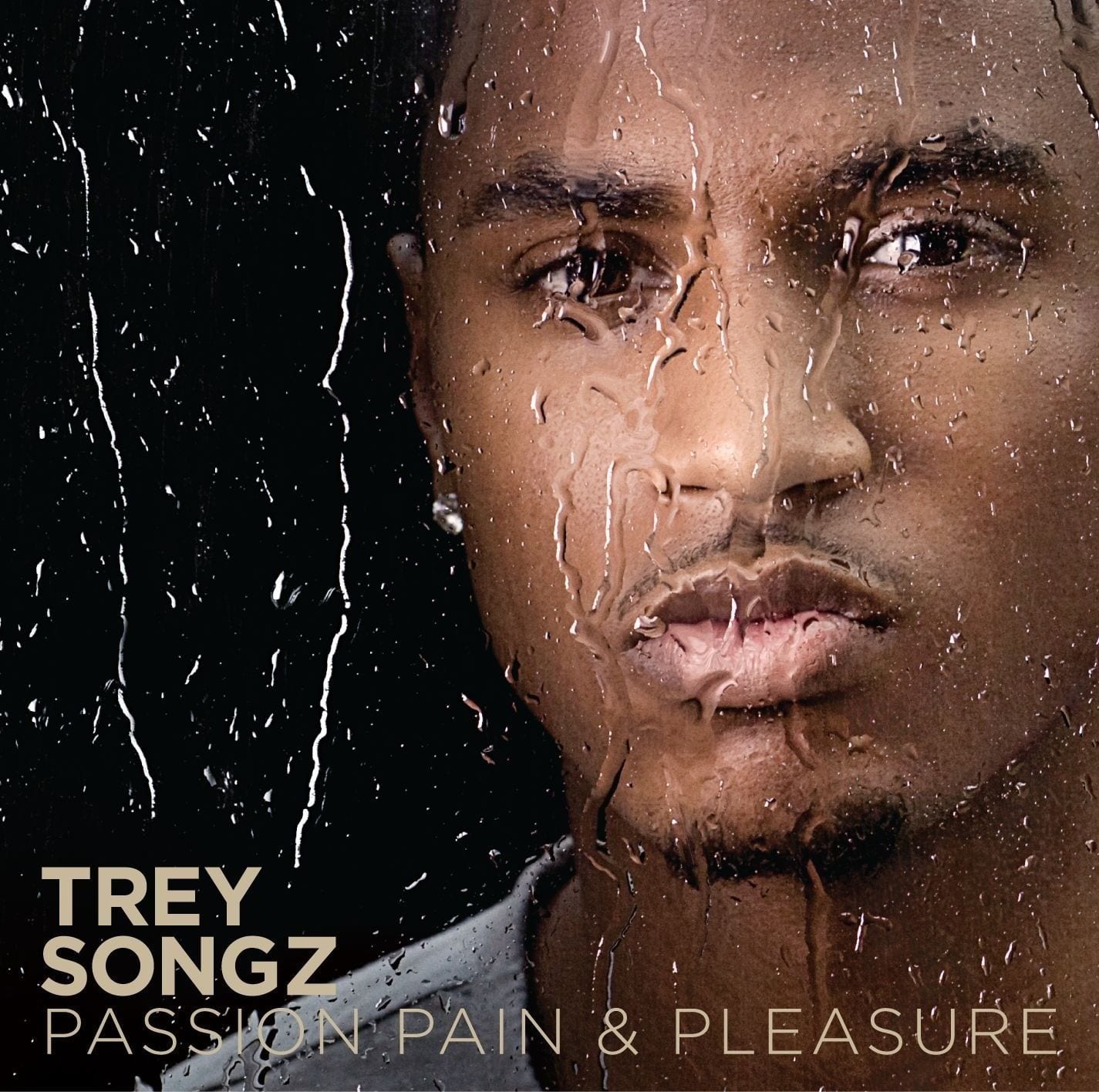 Janelle Monae’s the kind of artist who is so larger than life that she generates a backlash exactly one minute after her greatness is unleashed. There is a lot going on on The ArchAndroid and a lot of it related to the Metropolis conceit is, honestly, unnecessary — you don’t have to understand it or know how it informs the songs to enjoy the album. And it is enjoyable. From the pure rock jam “Come Alive” to the haunting lament “Oh, Maker” to the brilliant ’80s synthpop-inspired “Wondaland” to the straight-ahead Atlanta funk of “Tightrope”, The ArchAndroid is a winner. 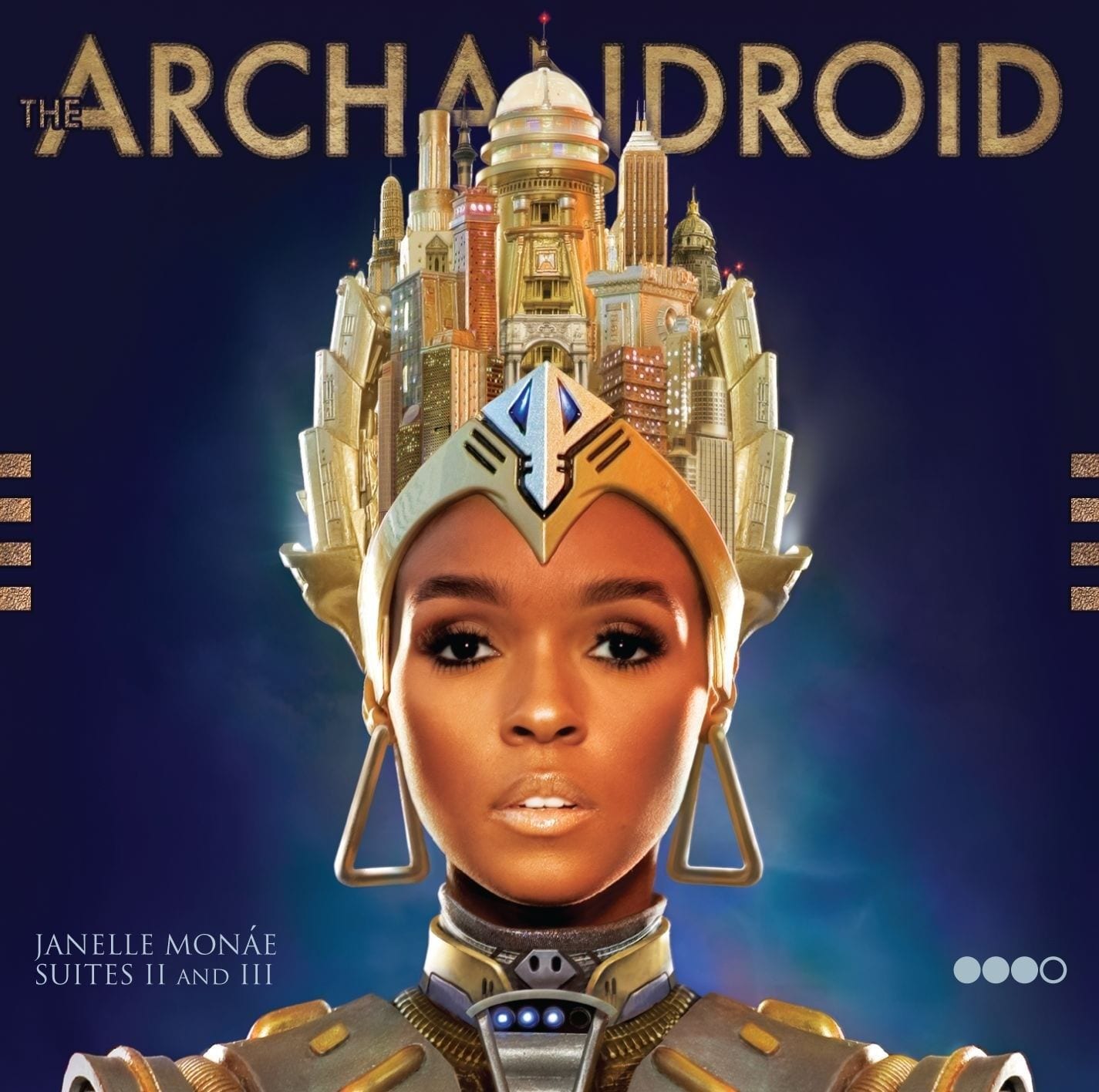 Like his brother Chico did last year, El DeBarge made a triumphant return to record with
Second Chance, his first album in 16 years. And he made a classy, introspective throwback R&B record that just sounds great. Themes of redemption predominate, most explicitly on the title track and the insistent, beautiful “How Can You Love Me”. But the best thing about Second Chance is listening to El’s gorgeous tenor, which sounds as clear and pure as it ever did. 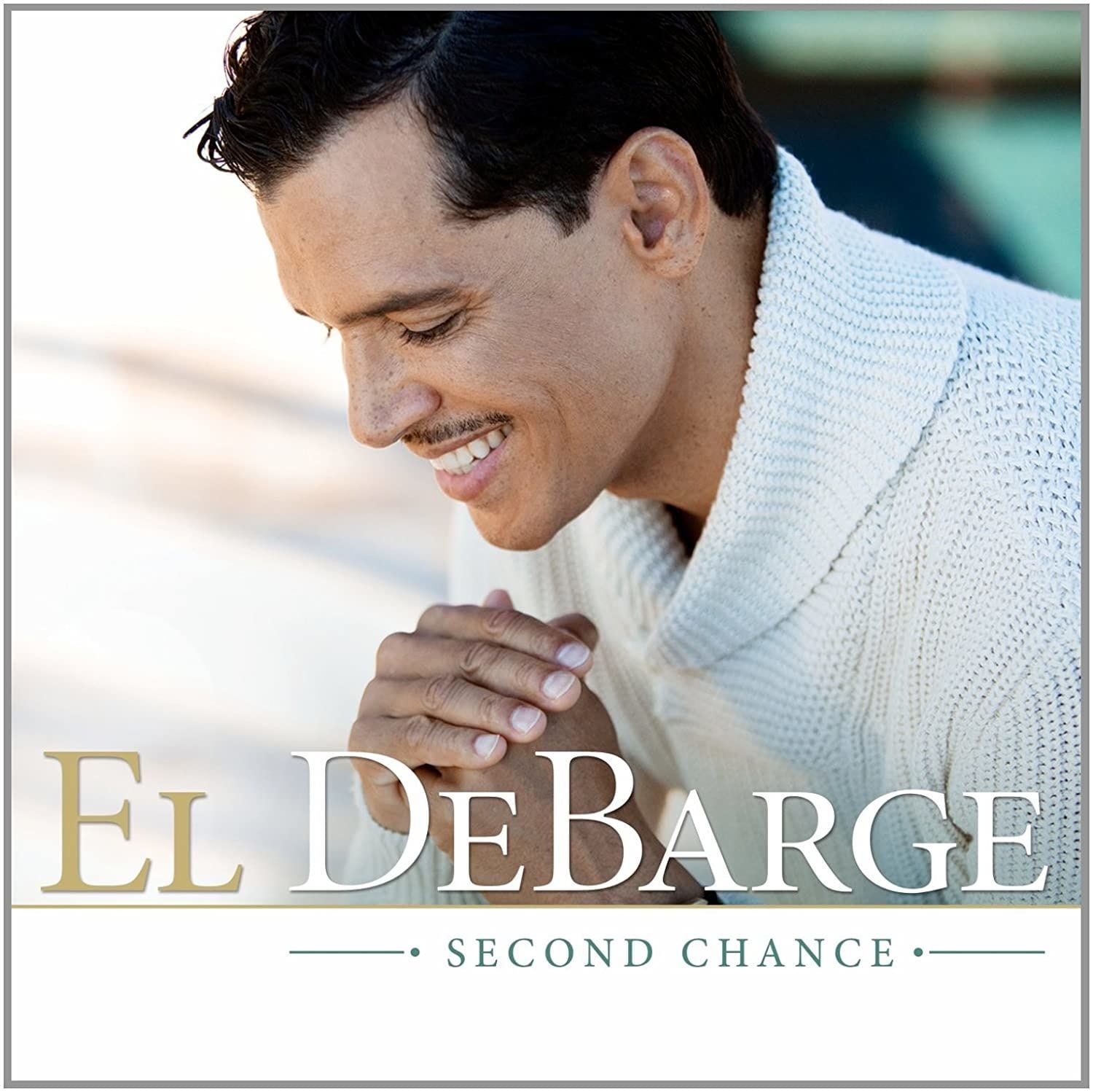 Yahzarah is probably your favorite female R&B singer’s favorite female R&B singer. And that’s because this classically trained dynamo has range to spare and a virtuoso’s command of her instrument. Even when she’s letting loose on “Strike Up the Band” or going full bore on your heartstrings with the brilliant “Last To Leave”, Yahzarah knows exactly what she is doing. The Ballad of Purple St. James is a stylistically diverse album of many pleasures, designed to show off the many sides and tastes of Yahzarah. And yet, it does feel like an album — a true testament to her talent. 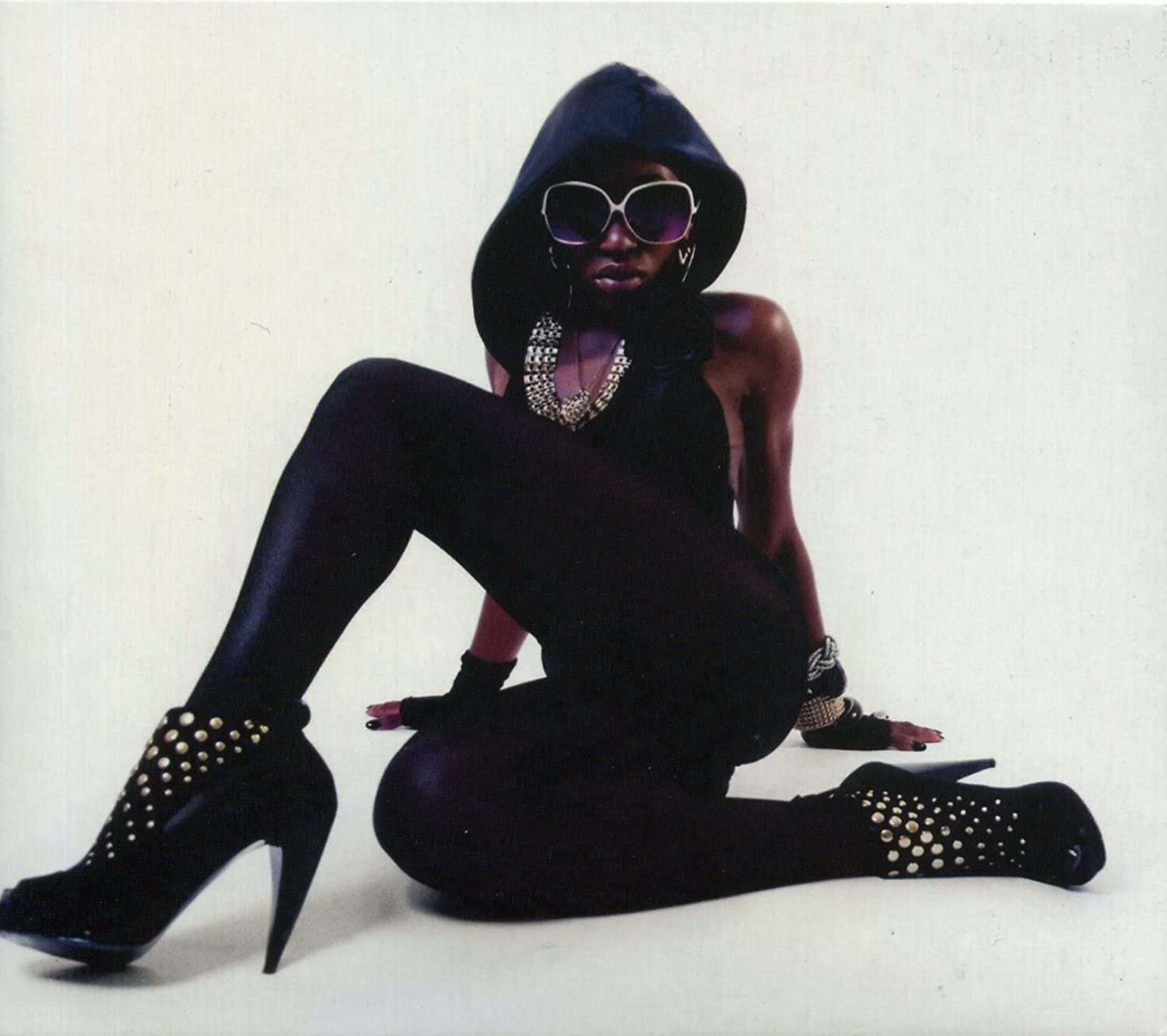 After a decade of waiting, Soldier of Love arrived and earned the distinction as the first must-have album of 2010. Not bad for a 25-year-old band that some probably thought wouldn’t make it in the new millennium marketplace. But nobody does smooth-as-butter R&B for adults better than Sade and people know that. The ten songs here are tinged with melancholy, appropriate since so much of the album is about healing a broken heart. Good then that the strongest song, album closer “The Safest Place”, leaves the listener hopeful that love really will return. 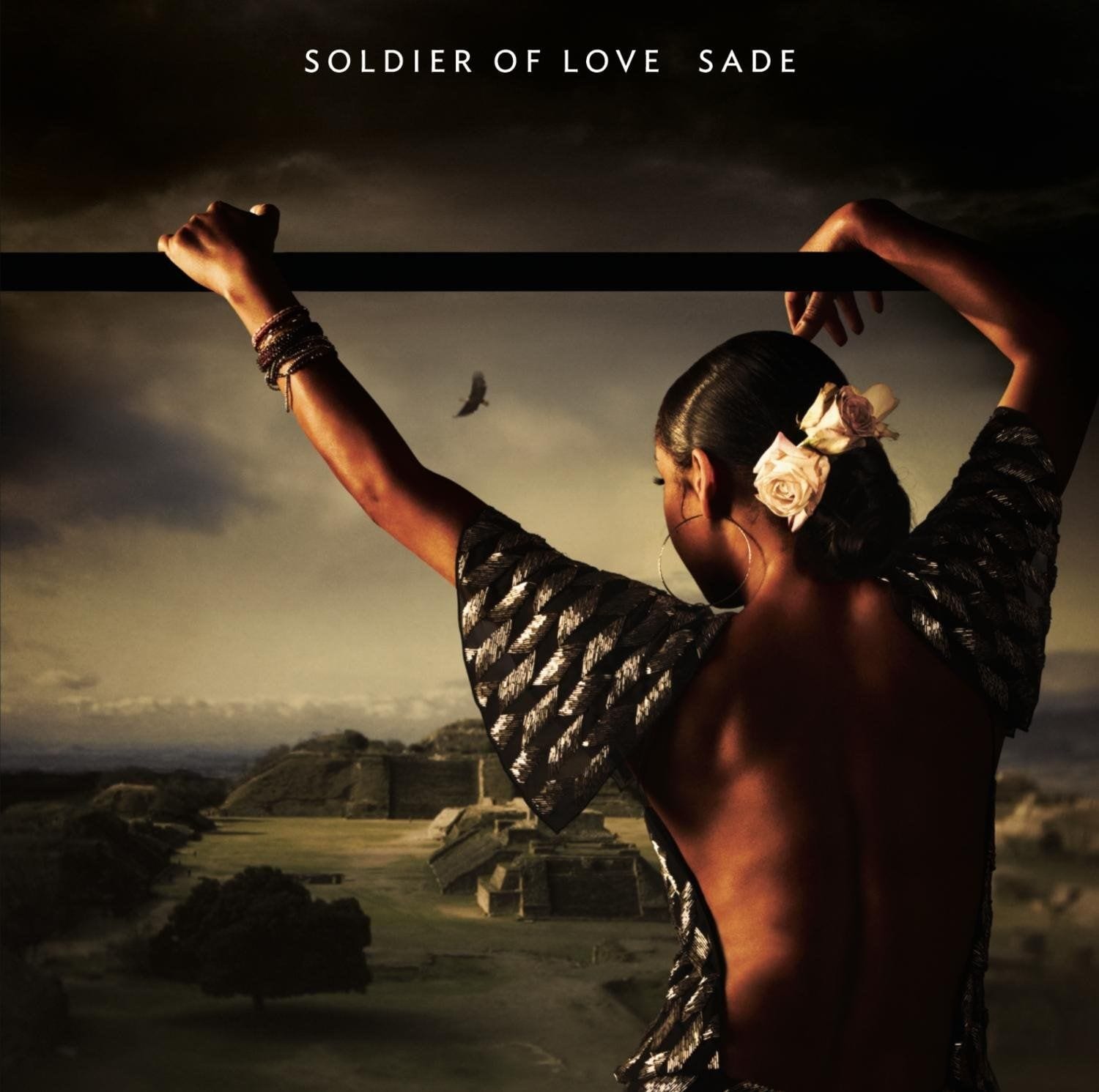 New Amerykah Part One was Badu’s political manifesto. It was heavy, precise, hard, and in-your-face. On Part Two, Badu’s exploring themes of love and relationships in that inimitable Badu way. It is warm, inviting, soft, and comforting. Ever since “Otherside of the Game”, love for Badu has always been grounded in life as it is, in the matter-of-fact knowledge that we can be horrible to one another and yet still love each other deeply. Case in point: one of the song titles is “Fall in Love (Your Funeral)”. On the brilliant ten-and-a-half minute long closer, “Out My Mind, Just in Time”, she straightforwardly confesses to how deep her love is, calling herself “a recovering undercover over-lover.” When so much of popular songwriting about love is steeped in generic sentiment, give thanks for Erykah Badu who eschews all of that for raw emotion and real talk. 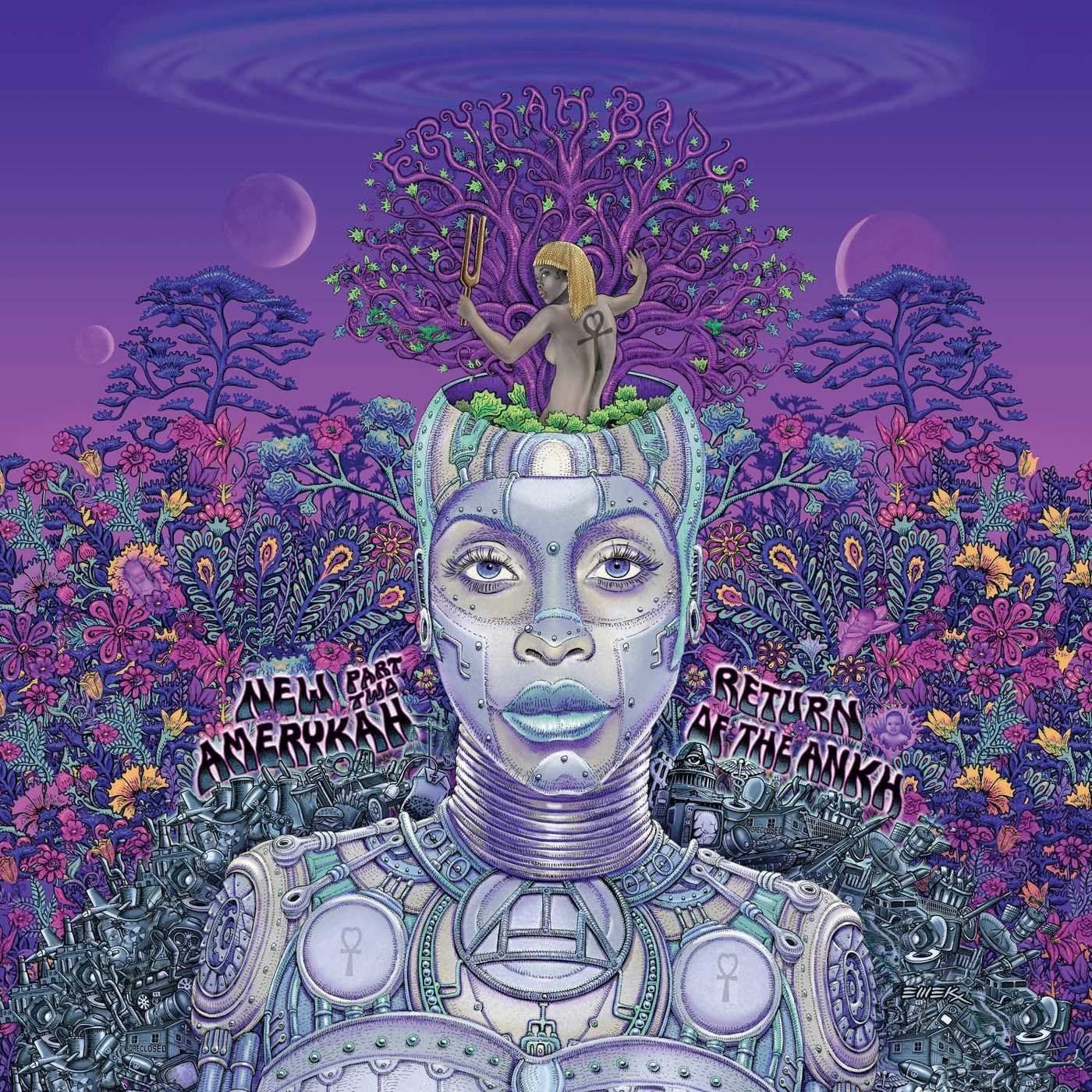 Cee-Lo Green’s brilliant third album, The Lady Killer, and Stray Bullets, the free mixtape that preceded it this year, are a package deal. They each provide Cee-Lo with the opportunity to explore, in his uniquely weird and fascinating way, romantic warfare. Contrary to its title, Bullets‘ aim is clear and direct — it’s the less polite, less congenial sister to Killer (just listen to the marvelously insane “I’ll Kill Her” with Lonan the Destroyer or the hilarious “Cho Cha the Cat” with the B-52s). But Killer holds its own. Its scale is greater — check out the monstrous “Bright Lights Bigger City”, for instance — and the theme is handled more subtly in the lyrics, though do not mistake it for softness. I mean, you heard “F*ck You”, right? 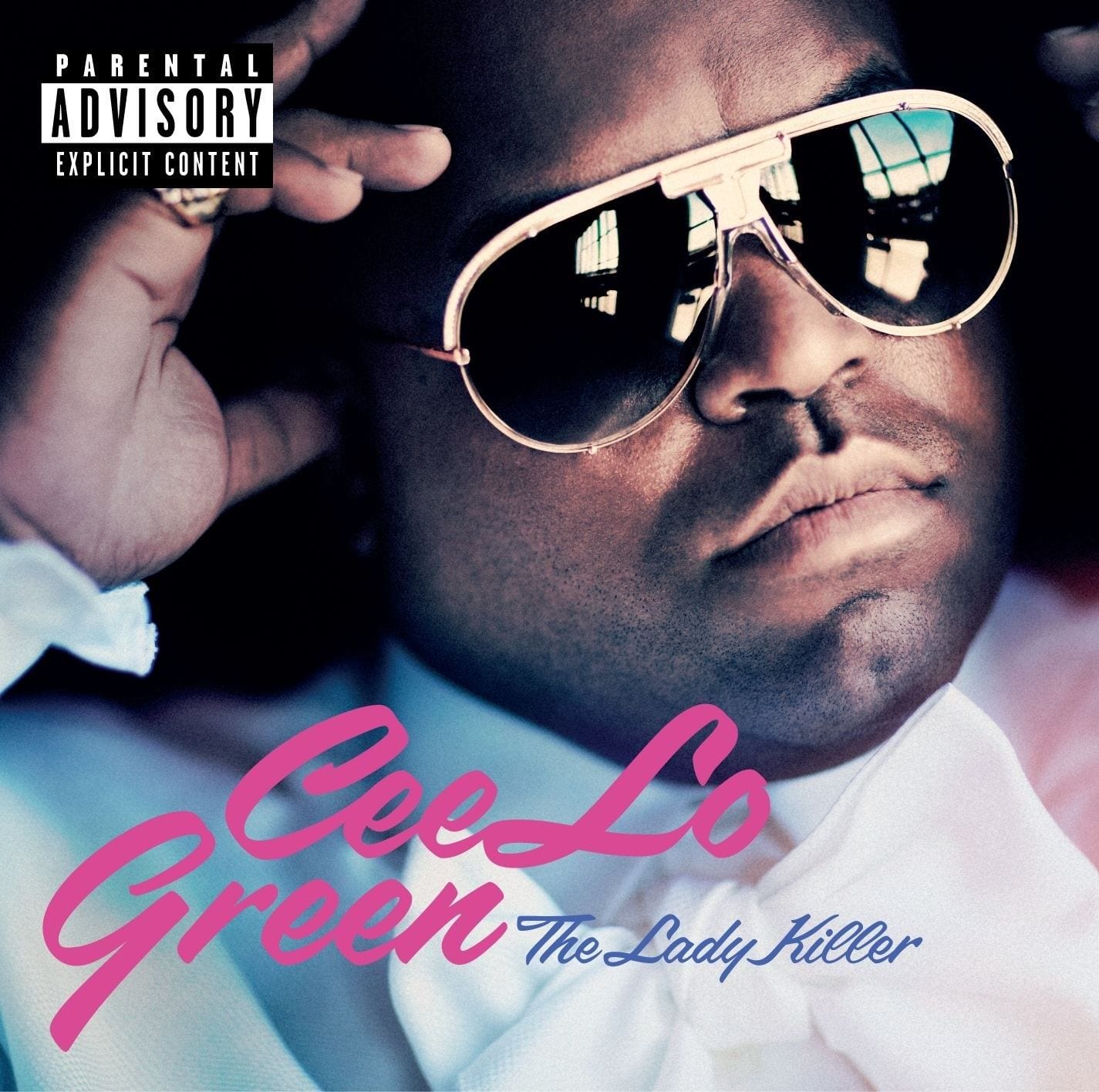 Bilal returned after nearly a decade to release what I consider to be the best album of the year, genre be damned. Airtight’s Revenge is the work of a virtuoso who sincerely wants to find new ways to convey old things, but not for the sake of being different. You never get the sense that Bilal is just showing off or being purposefully weird. “Cake and Eat It Too” sounds tortured because that’s what the song is about. Ditto for “Restart”, which feels like it’s constantly starting and stopping because the song is about one man’s inertia. In a year in which many an idiosyncratic artist has broken through to the mainstream, Bilal bested them all with this assured, thrilling album. 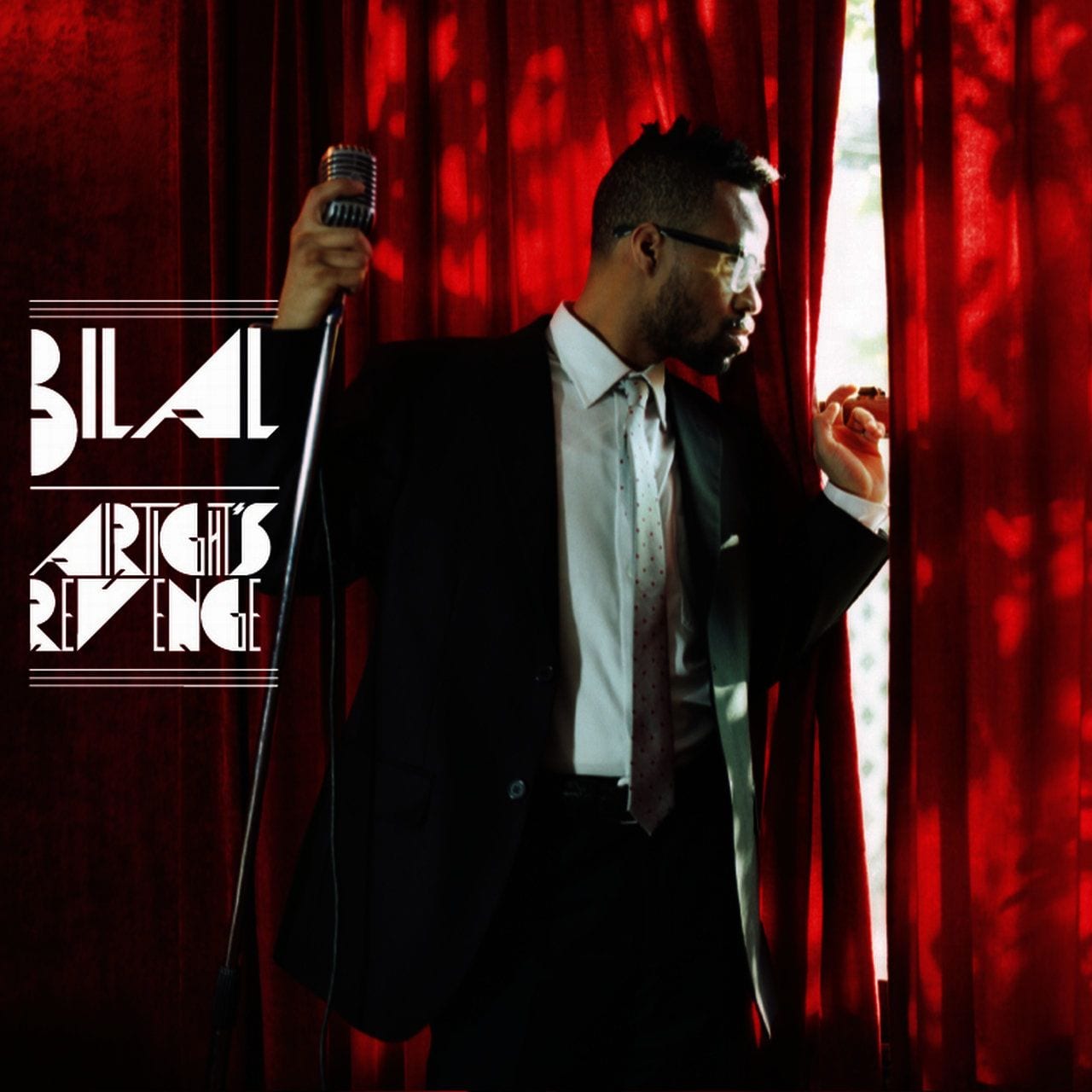 It is fashionable to say R&B is dead because it’s not the commercial force it was in the late 1980s and the 1990s. The underlying message, of course, is that if you aren’t selling millions of records, the music isn’t worth it.

Nothing could be further from the truth. R&B is alive and well, and, in many ways, is thriving in the absence of industry pressure to produce a diamond-certified seller. More and more young artists are taking up the R&B mantle, adventurous artists are exploring sounds that so stretch the definition of the term itself, and old favorites are returning to show everyone how it should be done.

This year turned out to be a banner year with plenty to choose from. Scroll on down and find out what I think is the best R&B of 2010.

Three Great R&B Albums That Flew Below the Radar

This article was originally published on 9 December 2010.