Significant shoegaze storylines came around full circle last year, and in 2018 the plot thickened. Back in February, Ride chased Weather Diaries with the Tomorrow’s Shore EP, four songs that didn’t make the new album but together show the band’s current curious and experimental side. This fall, Miki Berenyi of Lush announced Piroshka, her new super-group with KJ McKillop of Moose, Justin Welch of Elastica, and Michael Conroy of Modern English. Their debut album, Brickbat, is already due out this coming February.

While original 1990s players reconfigured and hatched future plans, two bands that were important to the second wave of shoegaze in the 2000s made very welcome reappearances on record. The chilling effects of dream pop continue to reverberate across other musical spheres, including the echo-chamber psychedelia of Vinyl Williams’ Opal, the blurry indie of Drawing Boards (featuring former members of Dirty on Purpose and Sisters), and the rootsy neo-chillwave of Still Corners’ Slow Air. The reach of these genres continues to stretch across the globe, from India’s Lo! Peninsula and their self-released debut EP to the Canadian/Italian duo etti/etta and their hypnotic Old Friends album.

In the US, the West Coast strongly represented with bands like Portland’s Candace, and a clutch of Californians like Modern Time Machines, Crystales, and the band that kicks off this year’s dozen of the best… 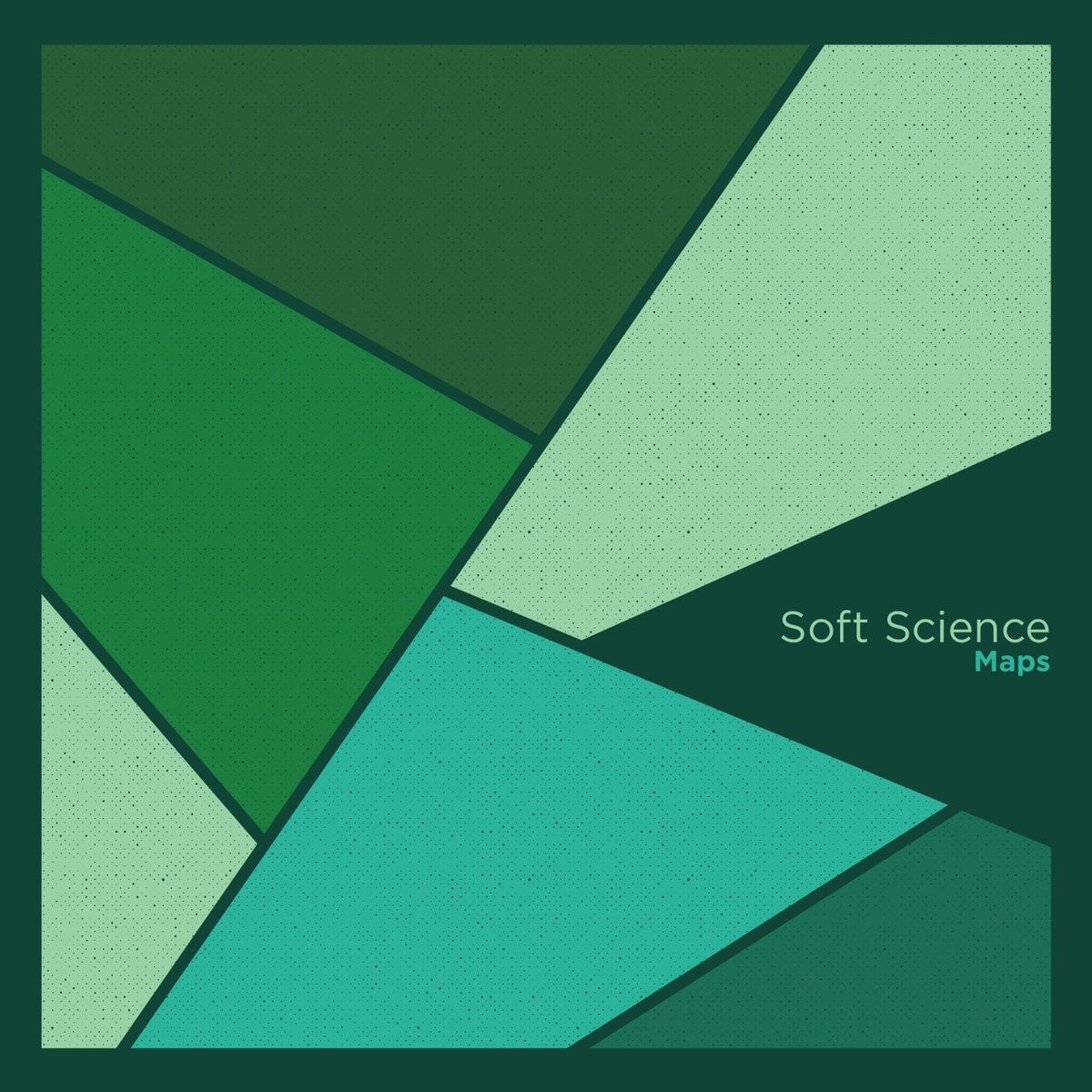 Four years passed between the Sacramento quintet’s Detour from 2014 and this year’s Maps, but the wait ultimately didn’t stall their musical momentum. The band kick off their third album with “Undone”, which finds the line between My Bloody Valentine and Velocity Girl and expertly walks it. In the nine tracks that follow, their sense of melody and drive are unflagging. Soft Science’s informed indie pop has never sounded more solid and self-assured as on Maps. 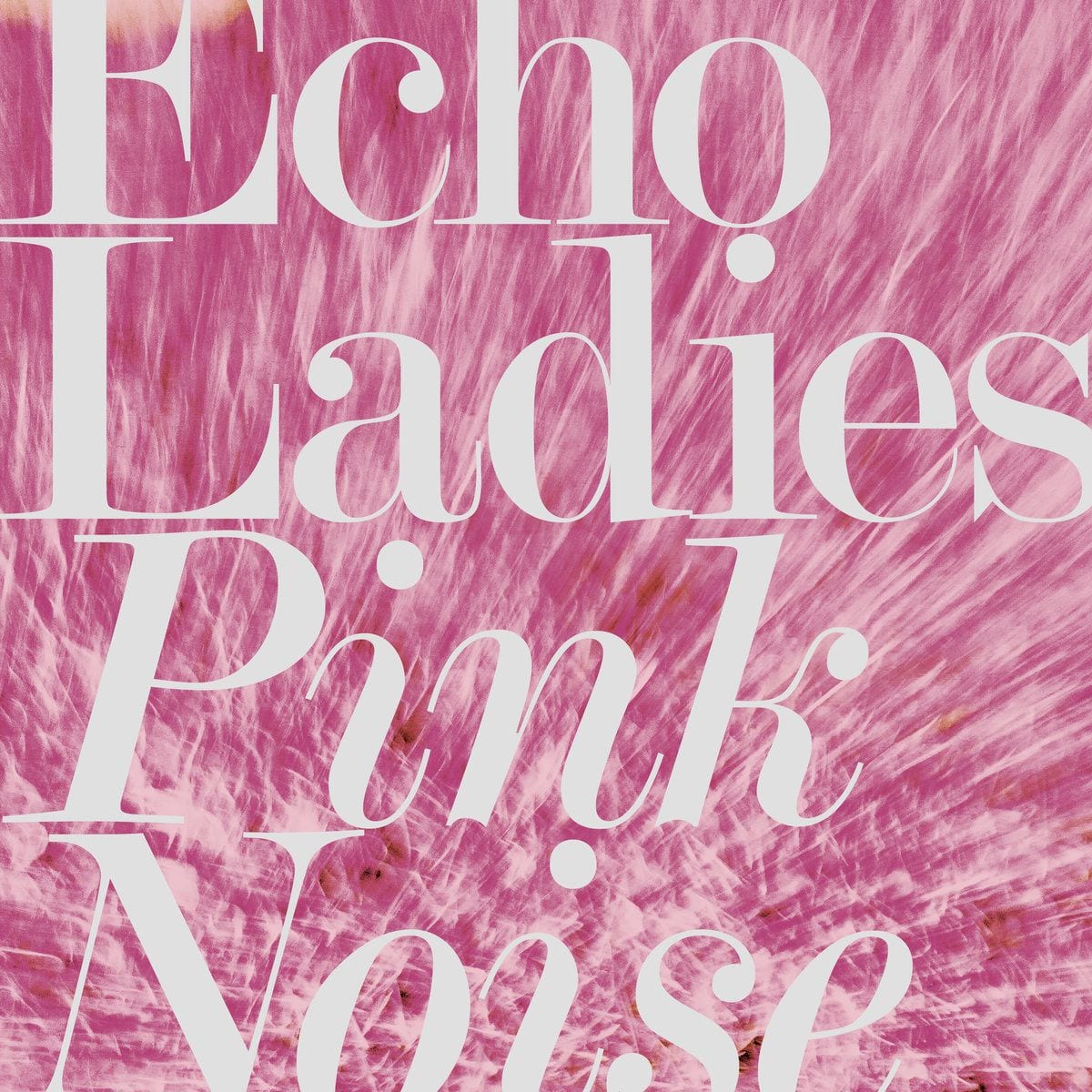 Pink Noise, the debut album from Echo Ladies, more than lives up to its name with the opening Ministry-esque blast of “Intro”. After that, however, the trio of Matilda Bogren, Mattis Andersson and Joar Andersén, who hail from Malmö, Sweden, settle into a gazing groove driven by their trusty drum machine. They come on like Black Marble and Blouse jamming in an empty warehouse in winter, scouring their catchy hooks with retro-digital production values. 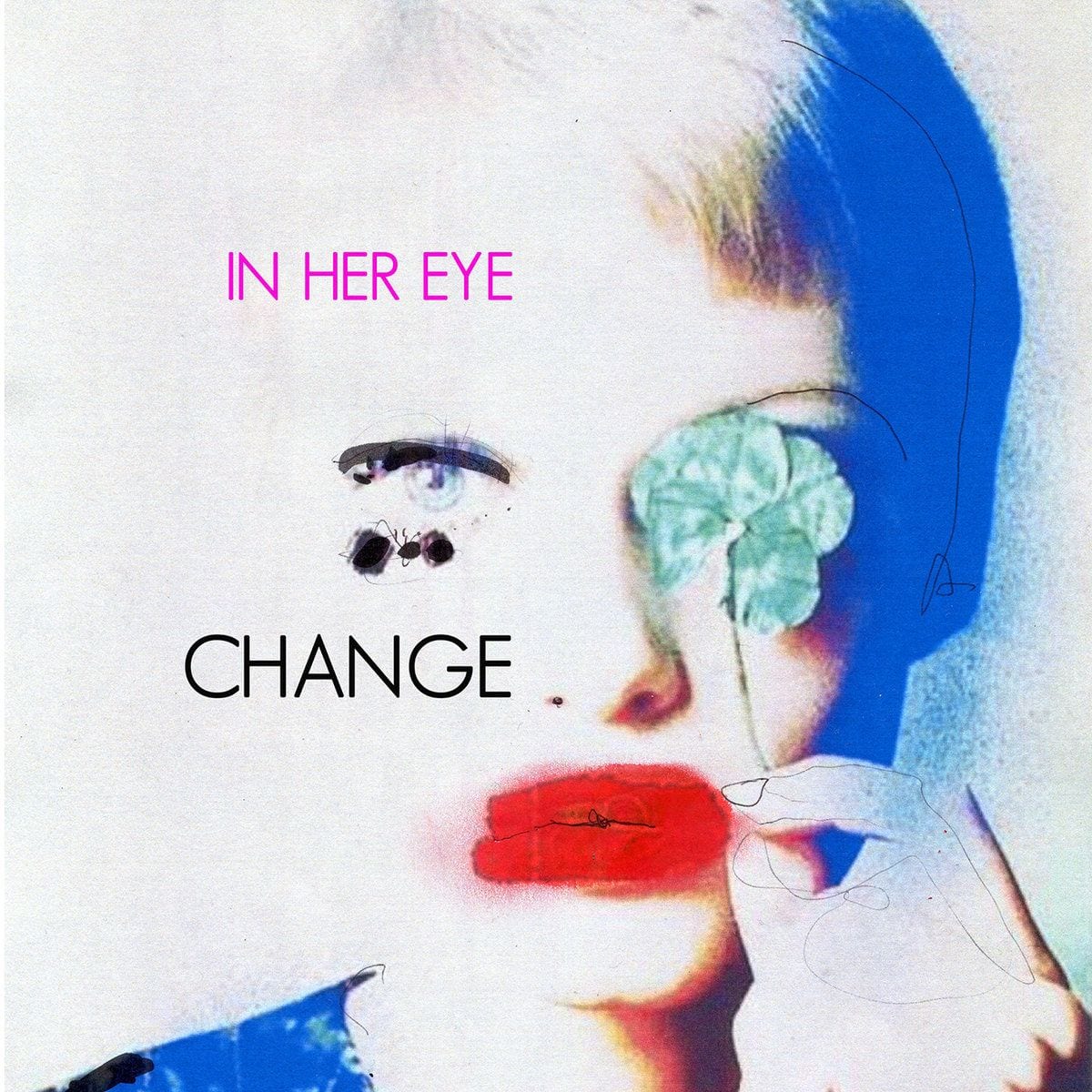 Among In Her Eye’s releases are covers of songs by Ride, the Cure, and Wire. The quartet from Milan, Italy, aren’t shy about sharing their influences, but their concise new album, Change, brings their own vigor to classic shoegaze and alt-rock vibes. Guitarists Stefano Schiavella and newcomer Raffaele Bocchetti, singer-bassist Giuseppe Galotti and drummer Aldo Bernuzzi are locked in throughout every dynamic turn of this half-hour of eight songs, from the storming “Elephant” to the more wistful and textured title track and the closing “Life”. 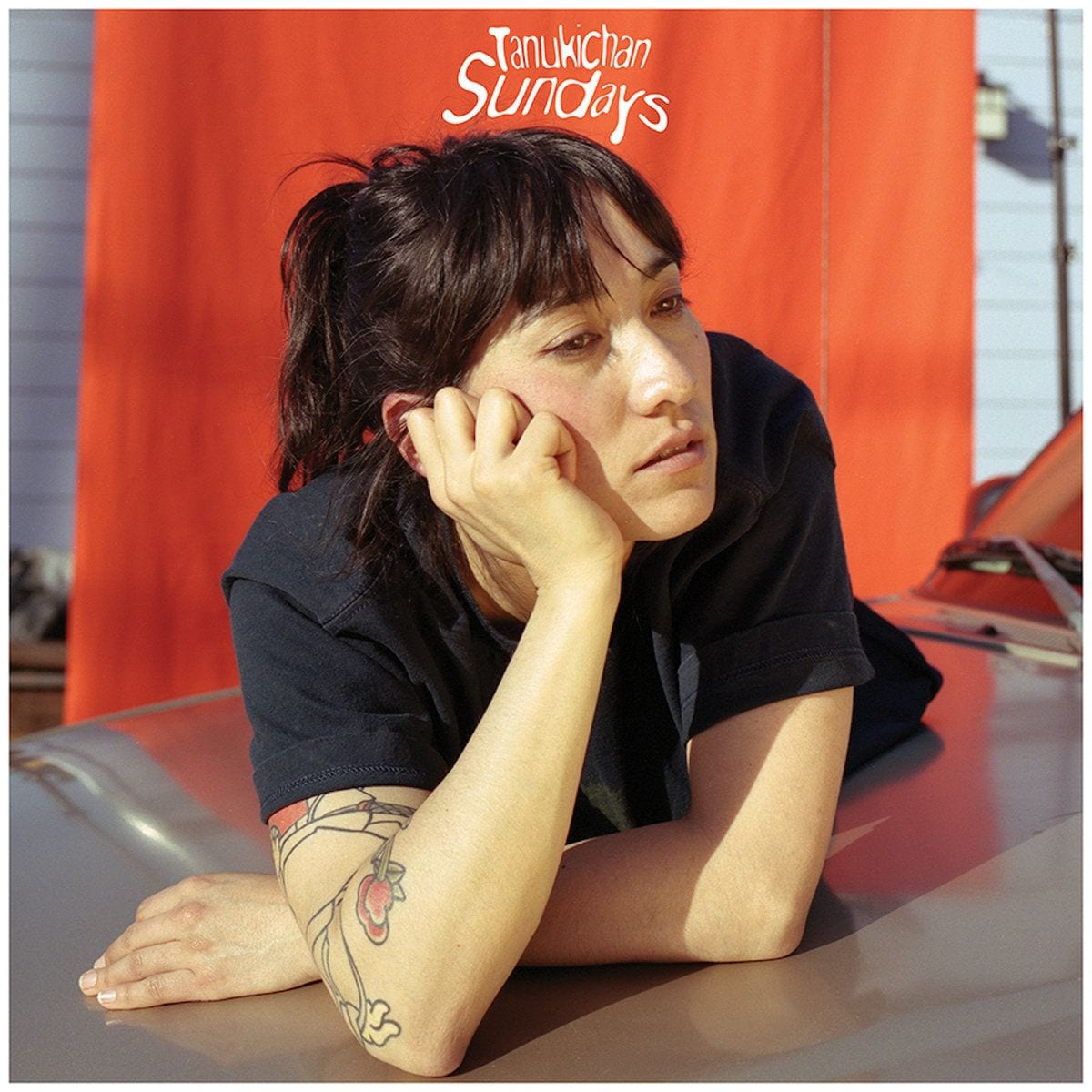 Between the bands already mentioned here and others not, California has established itself as an unsurprising hotbed for this kind of music. Perhaps no other Golden State artist showed more promise this year than Bay Area musician Hannah van Loon, who lays down lo-fi dream-jams under the name Tanukichan. Her debut, Sundays, was recorded with Chaz Bear of Toro Y Moi. The fuzzy bedroom qualities of the album were actually captured in a studio, but there’s plenty of room left to wonder about the potential of more structure and polish on future songs as strong as “Lazy Love” and “Like the Sun” here. 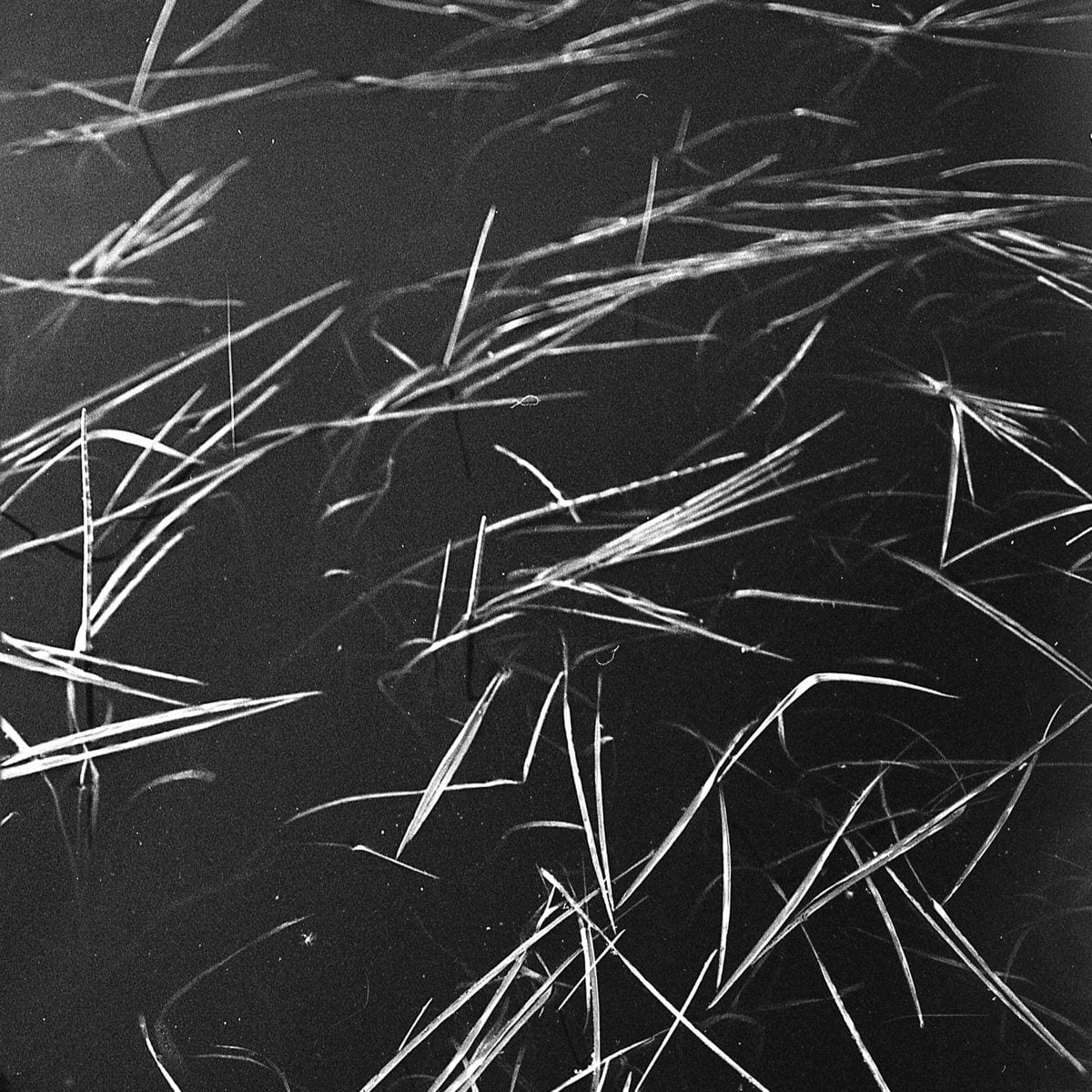 There is an authentically volatile undertow to As One More Folded Paper Crane largely missing from music in 2018. It is an album that pulls you in with its dark gravity, compelling you to keep flipping it over and over, or to skip back to the first track before the final one has fully faded out. The Minneapolis trio have come around from punk beginnings and dug into a dripping, cavernous place to call their own somewhere between a more agile and paranoid True Widow and Sonic Youth in their early days back when New York City had an actual edge of danger to it. 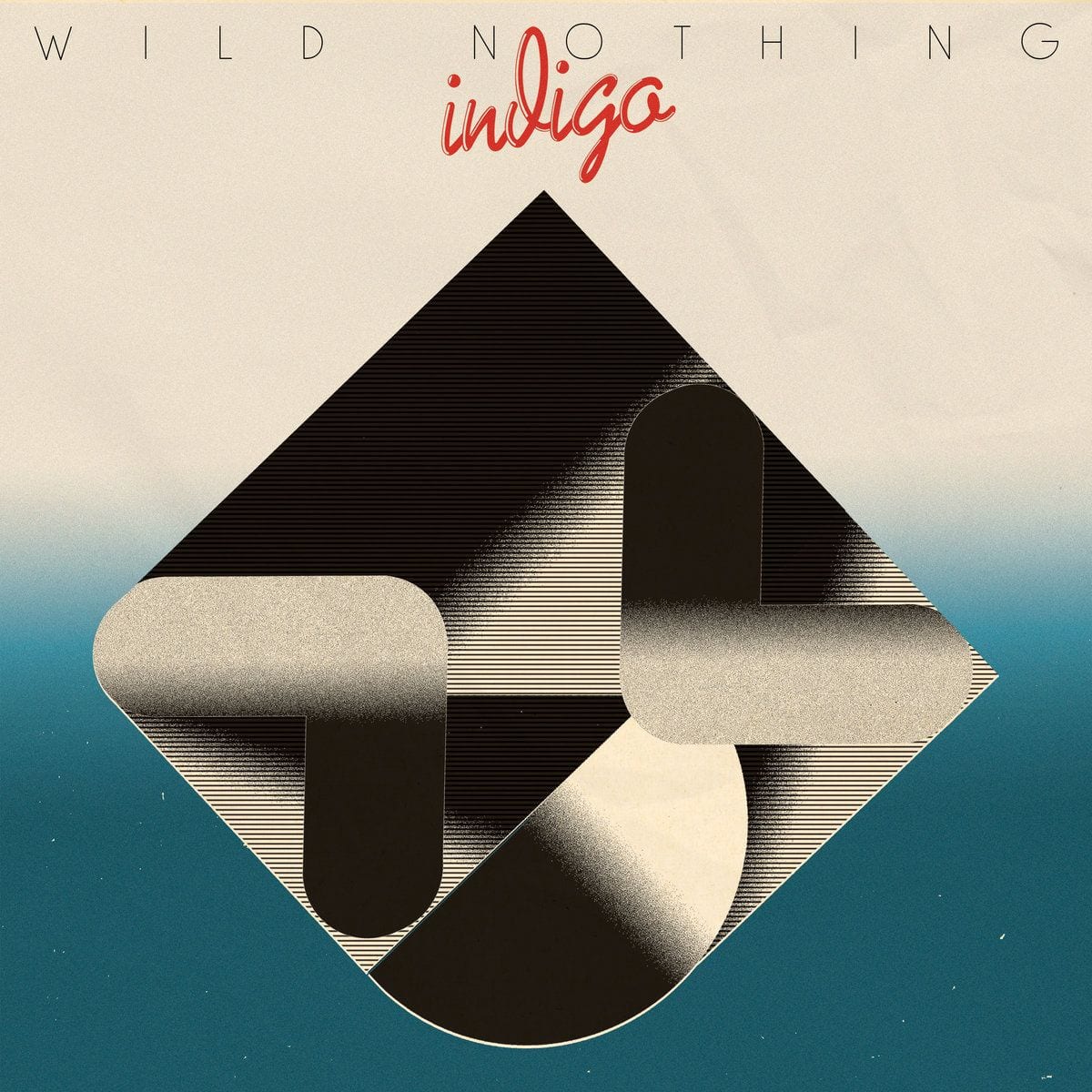 It’s hard to believe that this is only Wild Nothing’s fourth album; possibly because Jack Tatum has released nearly as many noteworthy EPs in his project’s nine years, but also because the days of debut Gemini amid the advent of late ’00s bedroom dream pop now feel so far away. Initial reports of Indigo being a return (or a retreat) to that earlier sound proved to be greatly exaggerated, and that’s a good thing. Tatum’s compositions and studio work continue to make progress toward an immaculate ideal, with every note in its right place and every corner swept and tidy. His songwriting has taken on more sophistication and sophisti-pop influences, and Indigo is one of the year’s pure pleasures to listen to.

6. The Daysleepers – Creation (My Daydream) 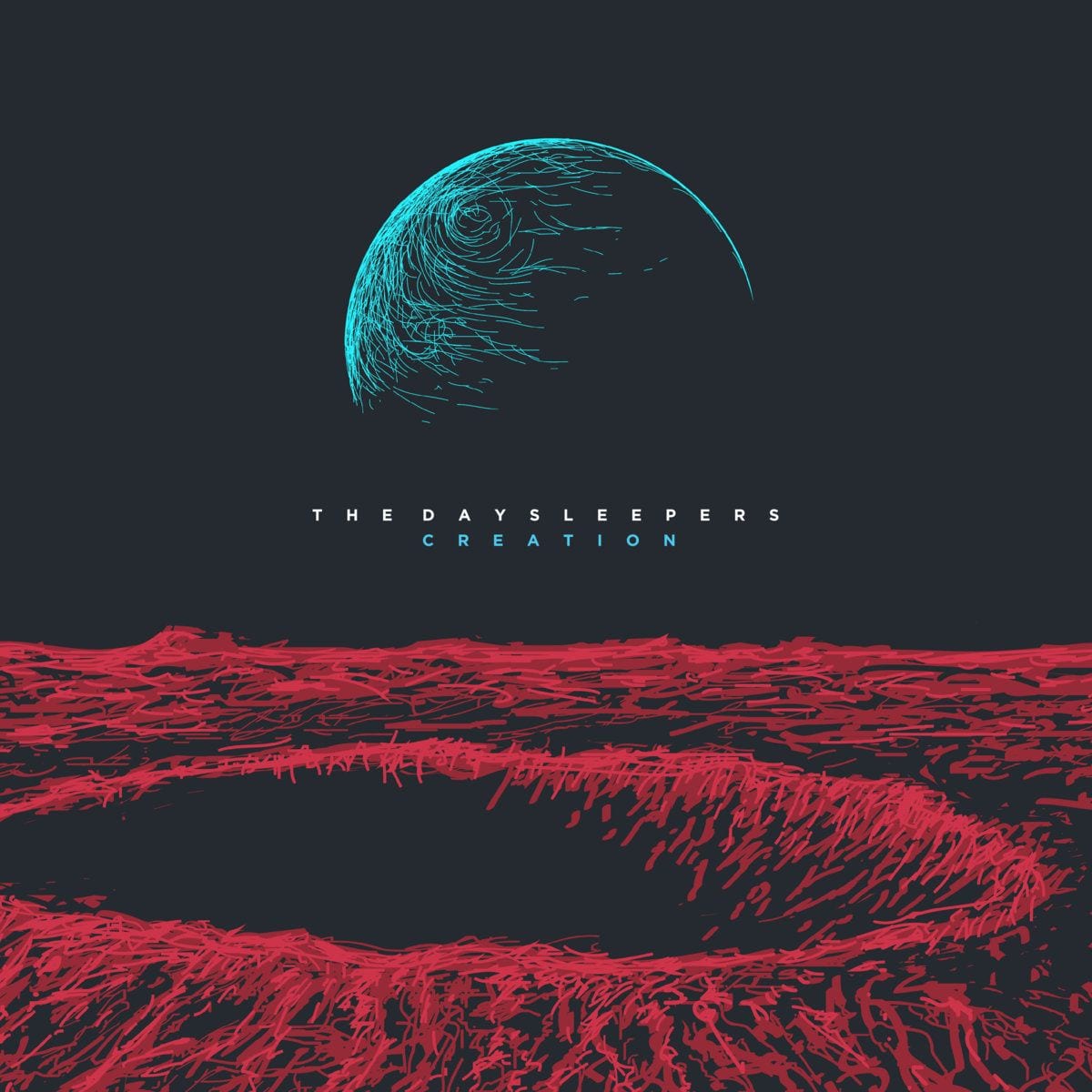 In the early 2000s, long after the first shoegazing generation had come and gone, the second wave was slowly building in underground scenes around the US, and the Daysleepers were one of those who chose to pick up the torch. Their billowing Hide Your Eyes and The Soft Attack EPs from 2005 and 2006 respectively were not what you’d expect from a band from Buffalo, New York, at a time when groups had to sound like the Strokes or Coldplay to get noticed. Their Drowned in a Sea of Sound album followed in 2008, but then they went into suspended animation before the groundwork they laid really began to pay off in the form of renewed interest in the genre. Their reemergence last year with the “Creation” single was heartening, and this year’s comeback album of the same name makes for a suitably poetic full return, as serene and surrounding as the Daysleepers have ever sounded. 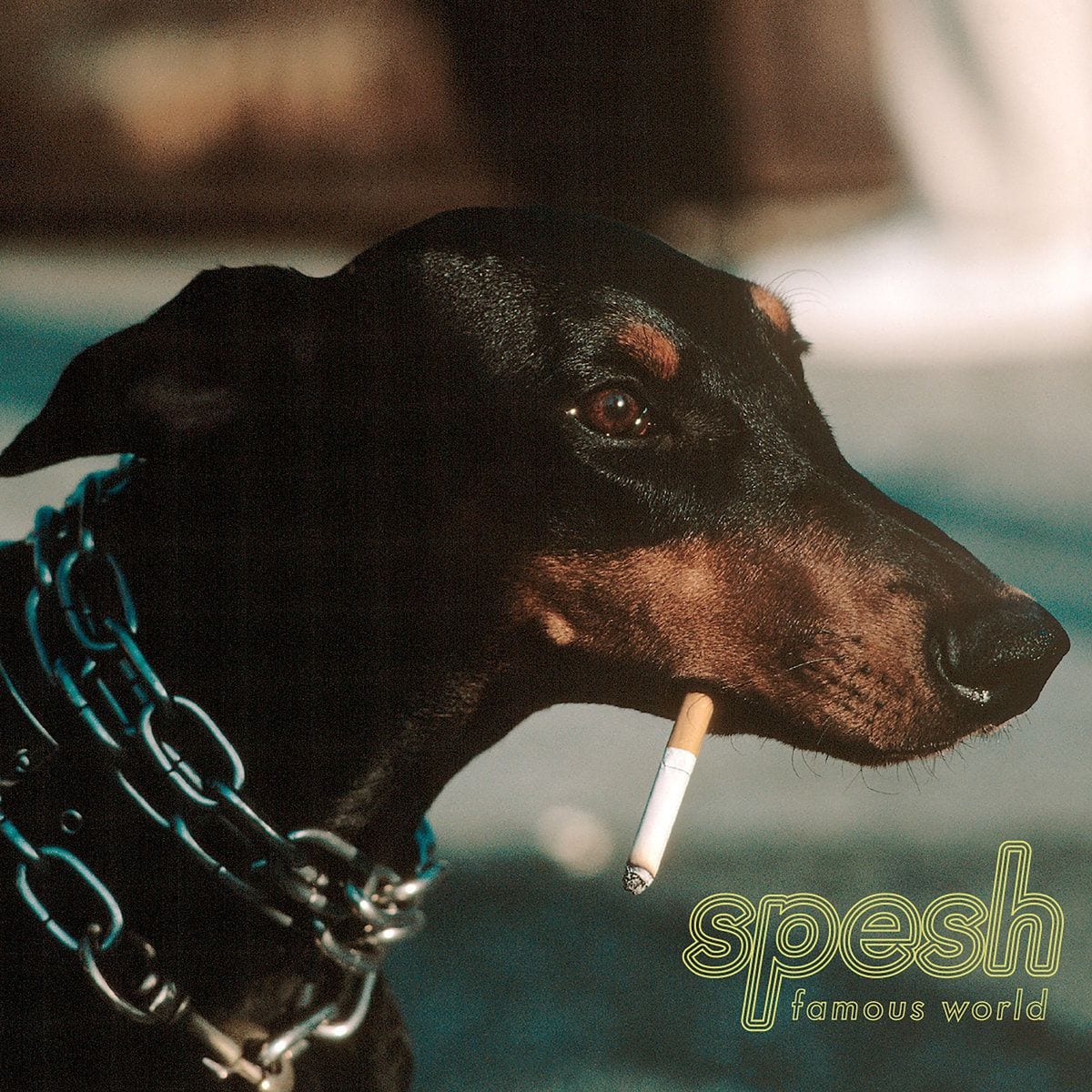 Finally, an American band has figured out the real value of the Happy Mondays after all these years. You can judge the notion of what makes dream pop based on its faithfulness to convention, but Seattle quartet Spesh know their history well, and choose to approach it with playful reverence. One of the few tags on their Bandcamp page just says “Manchester,” and the influences — the classic spirit of one rainy Northwest music capital as translated by a modern band from another — are apparent but not overplayed. Famous World pulls bits of the Smiths, New Order, the Stone Roses, the Mondays, the Charlatans and more into its orbit, and over it all hangs a dreamy haze, almost symbolic of the band skipping through time to join the lineage. Brash and smart in equal measures, Spesh’s debut has been one of this year’s most slept-on gems. 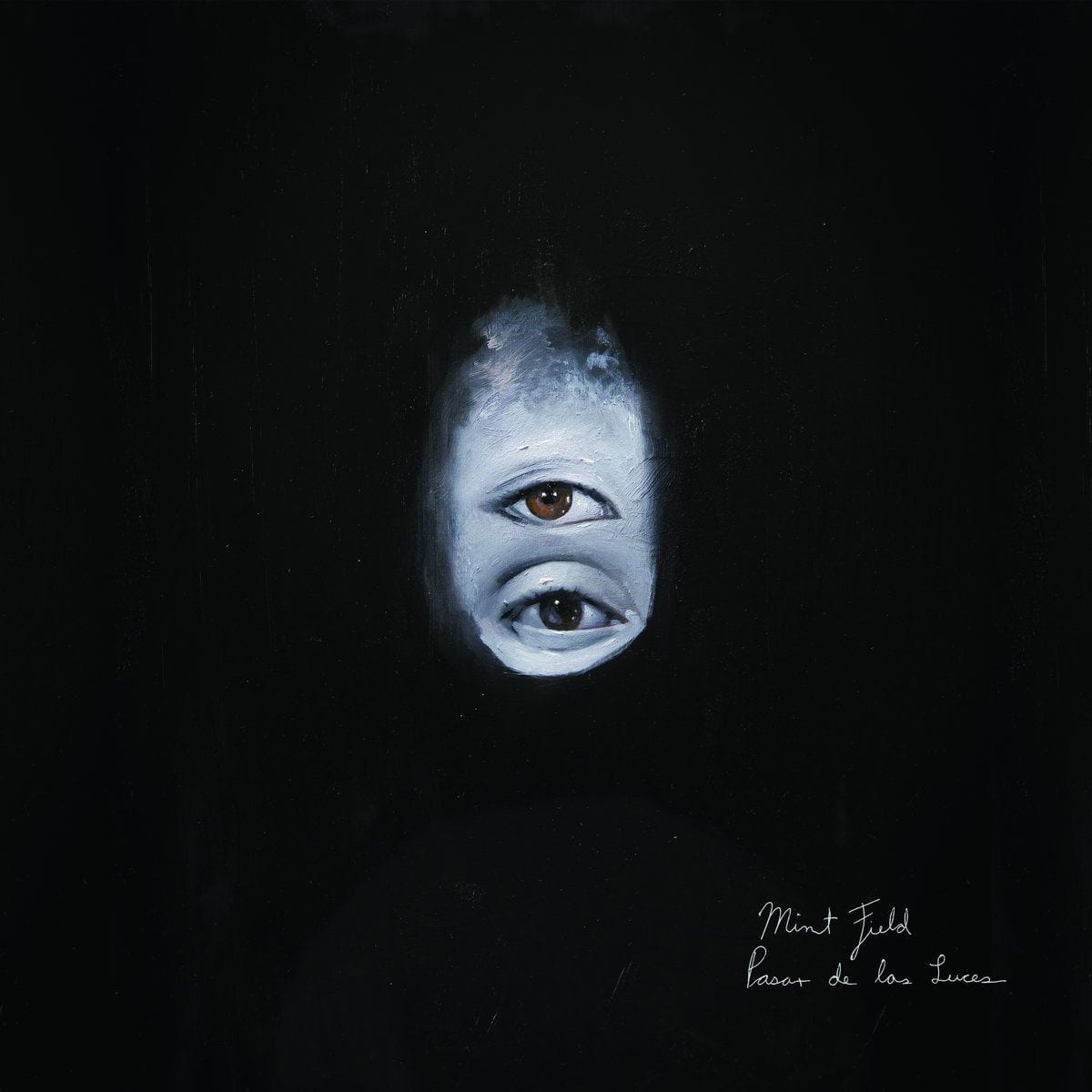 On first hearing “El Parque Parecía No Tener Fin,” the opening instrumental on Mint Field’s debut full length, it would be reasonable to feel that here might be the new xx. What unfolds through Pasar de las Luces, however, is something more nocturnal and mysterious than that English trio’s first album. The assured, expansive presence of Mint Field’s debut makes it all the more surprising that the band are but two musicians, guitarist/vocalist Estrella Sanchez and drummer/keyboardist Amor Amezcua, both only 21 years old. That they come from Tijuana, Mexico, heretofore not exactly known as a shoegaze stronghold, adds to the mystique. If, as some have noted, Pasar de las Luces runs a little long, too much of a good thing is ultimately not a bad problem to have. 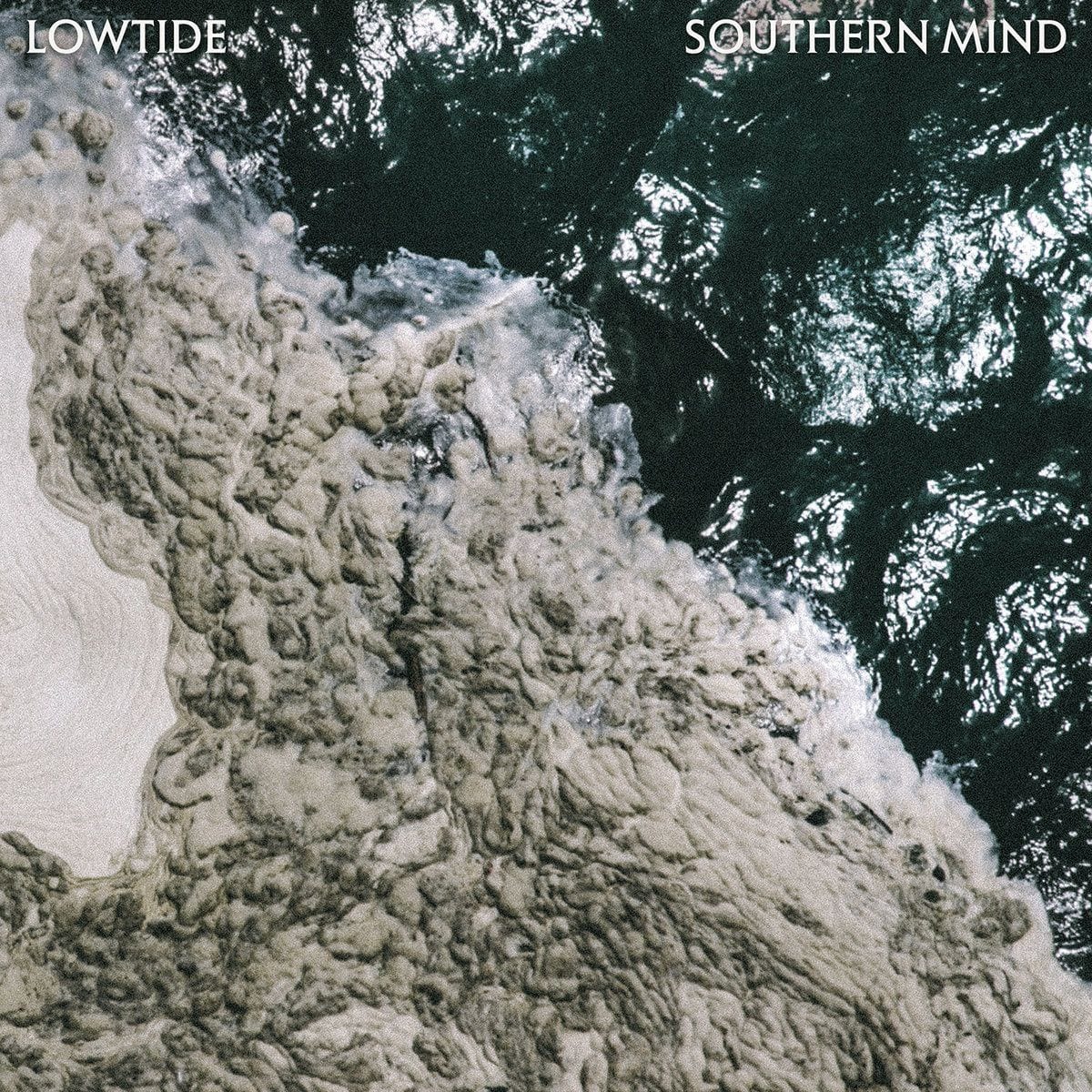 The current perception of Melbourne, Australia’s music scene to American rock audiences mostly means Courtney Barnett and/or any of the many bedhead indie janglers or jagged alt-rockers the city has put forth in recent years. It is also time to start taking the city, and the country, more seriously as a hub for modern shoegazing. The genre’s Antipodean highlight last year was the extraordinary debut album from Brisbane’s Deafcult, and this year we have the long-awaited sophomore LP from Melbourne’s Lowtide. Southern Mind respects tradition, takes chances, and never makes a misstep in the process. Presuming they continue to work at their own patient pace and we hear from them again in a few years, we could only be so lucky. 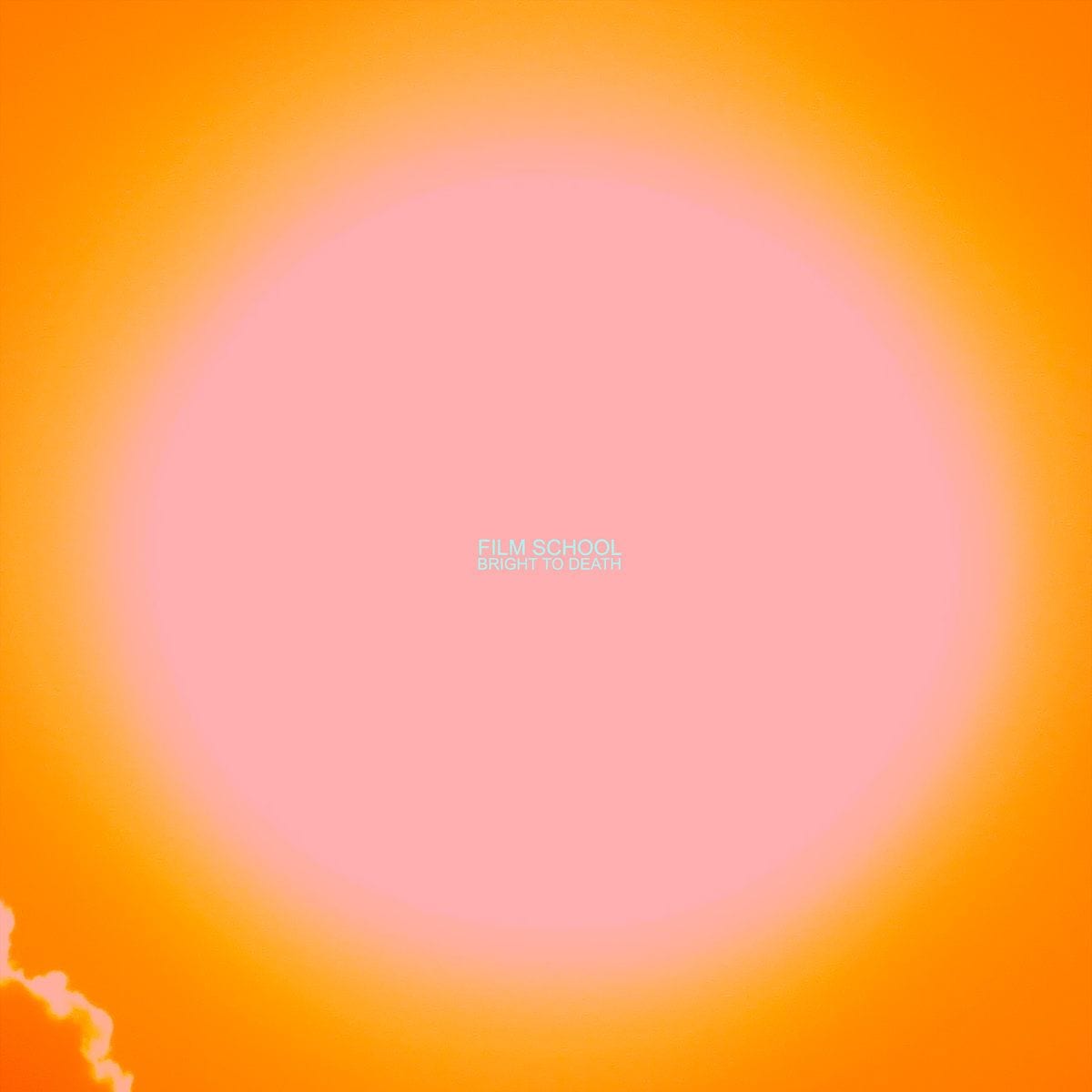 Yes, they released the June EP in 2016, but this year’s Bright to Death feels like the real comeback. Like the Daysleepers, Film School believed in the cause when few others did in the mid-2000s. Their initial run of updated, aggressive shoegaze came up against a relocation from San Francisco to Los Angeles and roster changes, and, following their 2010 album, Fission, the band called it quits. Fortunately, we now live in an age when no band truly calls it quits. The June EP showed that the heyday Film School lineup still had chemistry, but Bright to Death exceeds expectations. They’ve never sounded more calmly confident than on opener “Crushin’,” and every song that follows validates their decision to reconvene. To call it their best album (yet) isn’t a stretch. 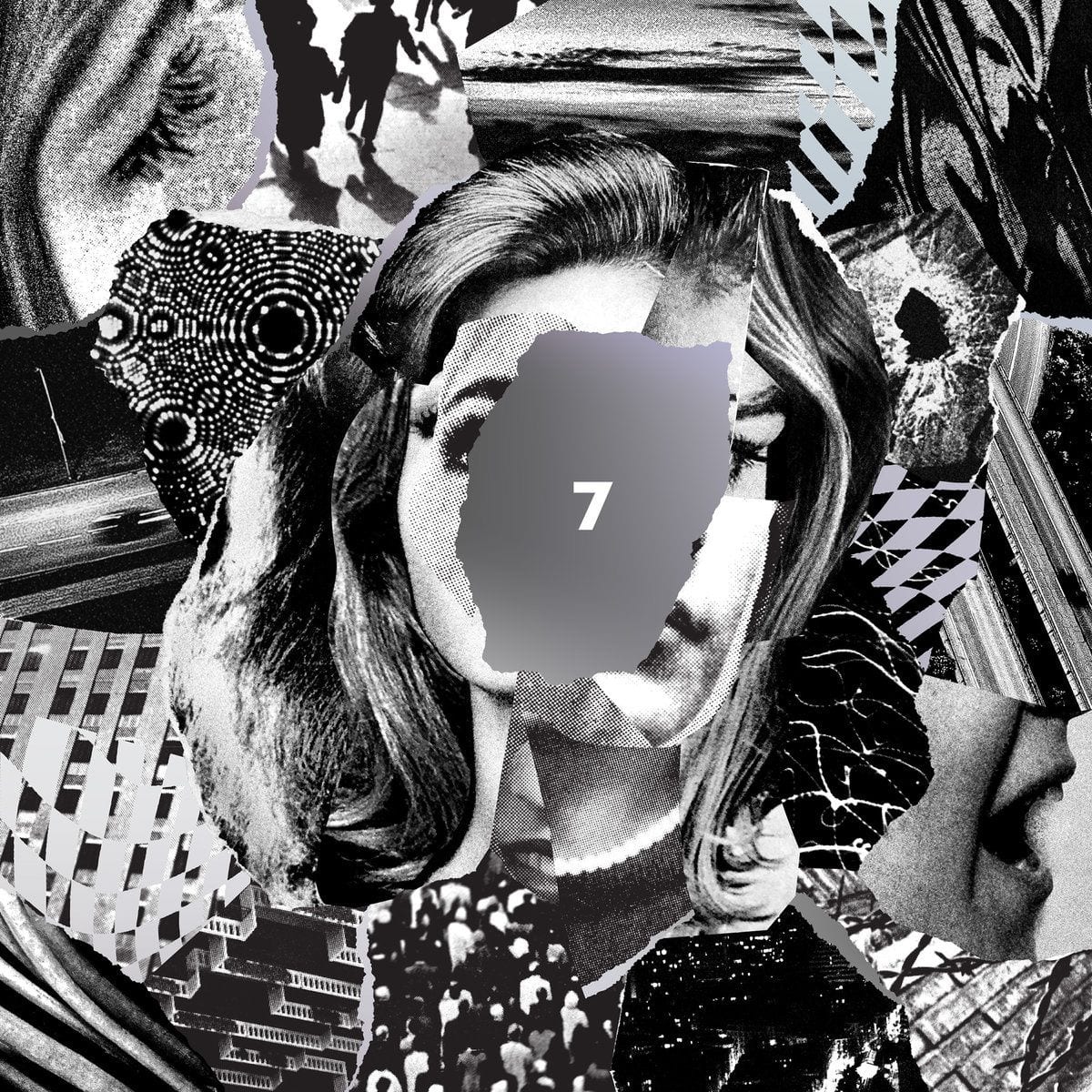 Historically, a rock band giving an album a simple self-title or numerical name is interpreted as a sign of confidence. Most bands don’t wait seven albums to make this gesture, but Beach House have made a career out of doing things their way. Who could claim that they knew back in 2008 that the duo who just made Devotion would come up with an album like Bloom in 2012? Beach House don’t need any reinvention at this point, but they continue to change things up. “Lemon Glow,” the first single released from 7, was the new statement of intent. Beach House have always had their own kind of sensuality, but this is their seduction album. 7 opens a new part of the map for the band and all but assures that 8 is already worth looking forward to.