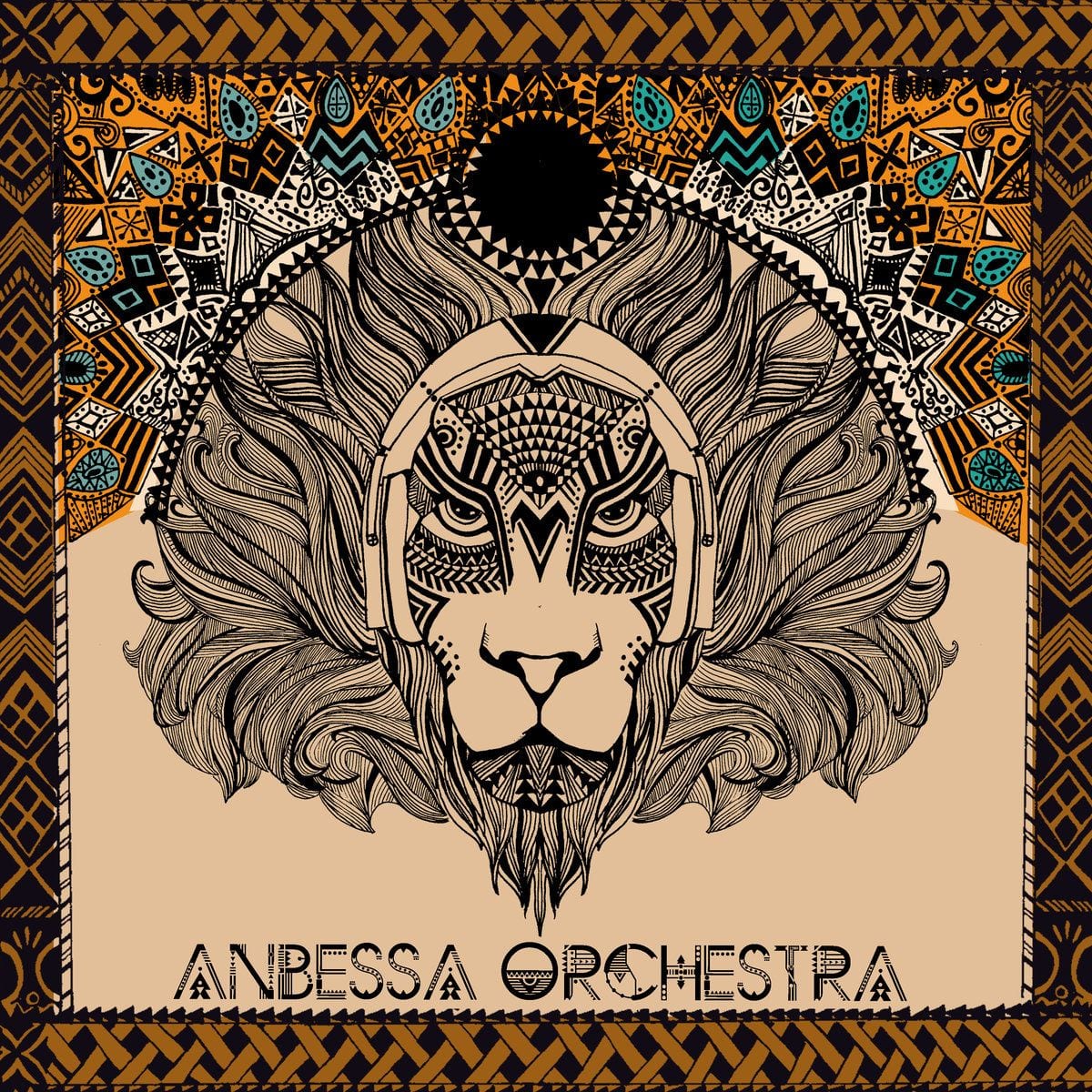 Early in the year, Brooklyn-based ensemble Anbessa Orchestra swung into action with Negestat, an album of brassy Ethiojazz arrangements with a heavy hit of funk that marks Anbessa’s first full-length release. Recorded completely using analog techniques, Negestat shows the orchestra’s commitment to retro sound and high-quality funk. As much Charles Bradley as it is Mahmoud Ahmed, this is an easy album to love and ready-made for dancing. Anbessa Orchestra has a strong sense of groove that provides a strong backbone for all its instrumental ornamentation, and every cut on this new album urges you to keep moving, from bombastic “Negestat” to lyrical “T’sahai”.

Anbessa Orchestra opens a portal from 1970s Addis Ababa to the modern world on Negestat, and what emerges is fresh and fantastic. The interplay between band members is satisfying; the melodies are fantastically soulful. Negestat is comfort food, warming the heart, the ear, and the whole body from the inside out.

9.  Alba Griot Ensemble – The Darkness
Between the Leaves (Riverboat) 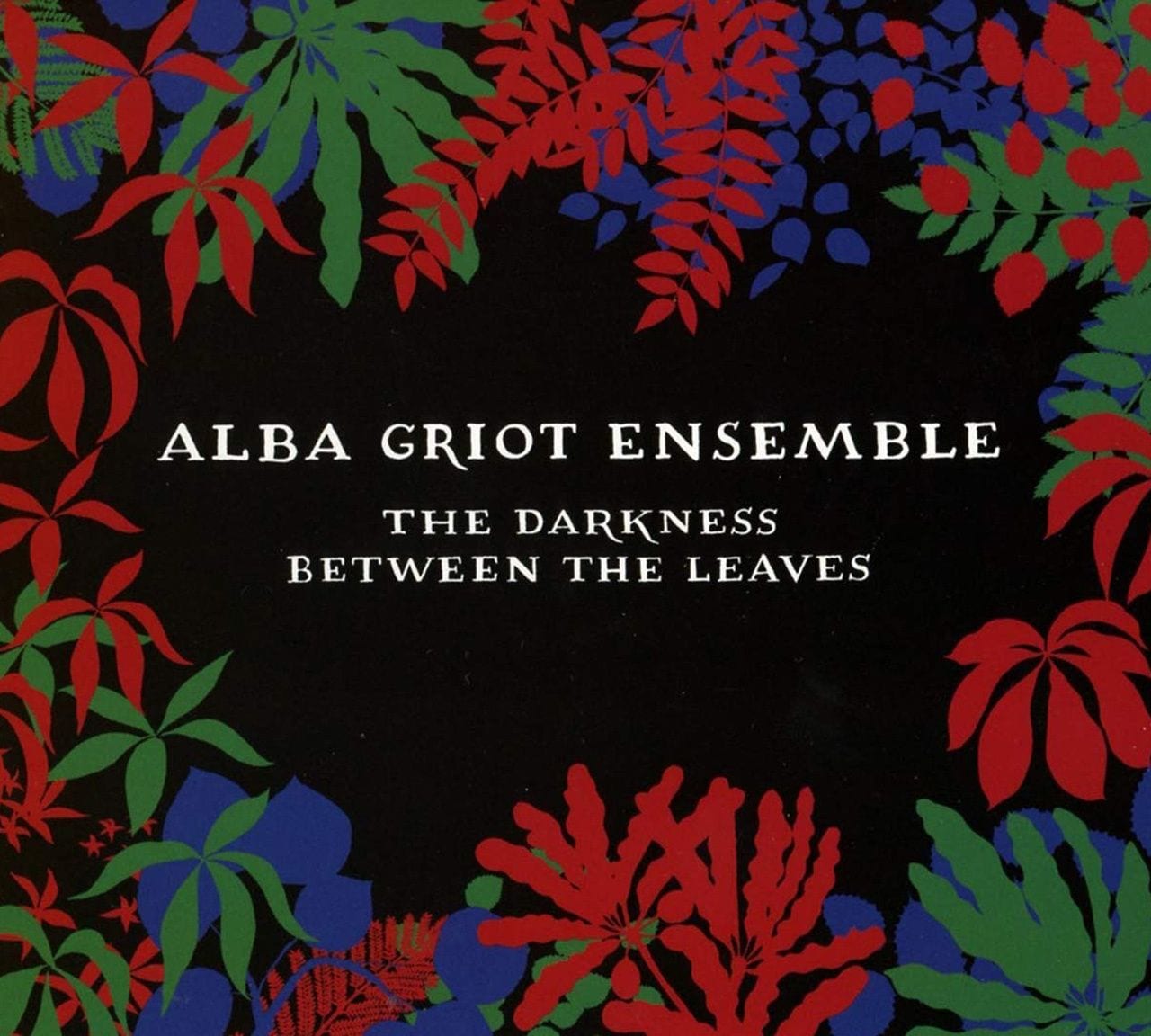 Between sweltering summer heat and the unshakable gloom of winter lies the debut album from Alba Griot Ensemble, a quartet made up of Scottish guitarists Mark Mulholland and Craig Ward, Malian ngoni player and percussionist Yacouba Sissoko, and Belgian double bassist Hannes d’Hoine. The Darkness Between the Leaves is a balance of cool acoustic spaces and percussive warmth, sparse melodies and majestic resonance. Even with the occasional impressive feature from artists like Toumani Diabate and Tony Allen, the arrangements are breathtakingly minimal, allowing the quartet’s technique to shine on track after track.

At Alba Griot Ensemble’s core is collaboration. The Darkness Between the Leaves sees the group seamlessly join together folk sounds from two continents, and in doing so, create a whole new style. The strings are graceful, the vocals are wistful, and the final product a thing of complex bliss. This is an album for introspection – and taking shelter from the end-of-year chill. 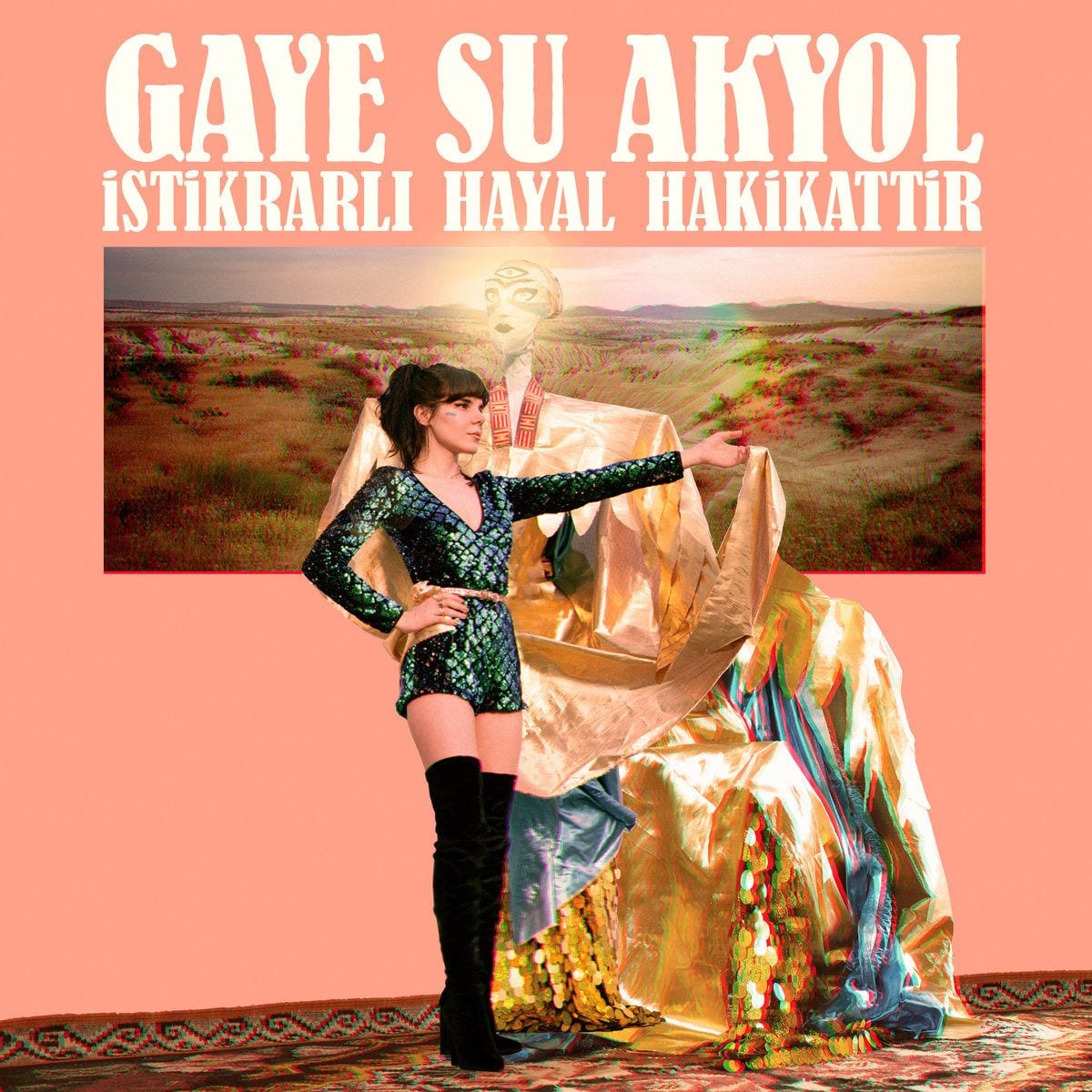 In her as-yet small body of work – three albums, only two of which have seen major international releases – young Turkish artist Gaye Su Akyol has already created a cosmos. Psychedelic fantasies, Anatolian rock, and surf guitars all crest in a wave of intergalactic sound, every track marked by strong compositions and stellar musicianship. Central to it all is Gaye Su Akyol, both as creator and as performer. With a voice comparable to Umm Kulthum and an unbridled creative spirit akin to Björk’s, Su Akyol takes her listeners where they cannot possibly have been before on this year’s İstikrarlı Hayal Hakikattir.

Smoldering, scintillating İstikrarlı Hayal Hakikattir has so many familiar sounds, so many looks back to Turkish rock of decades past, and all are recontextualized within a modern setting. The dark edge Su Akyol brings to her music is very much of today – but so, too, are the brilliant colors, the shimmering electronic touches. Gaye Su Akyol remains one of today’s most fearless artists as she treks forward on İstikrarlı Hayal Hakikattir. 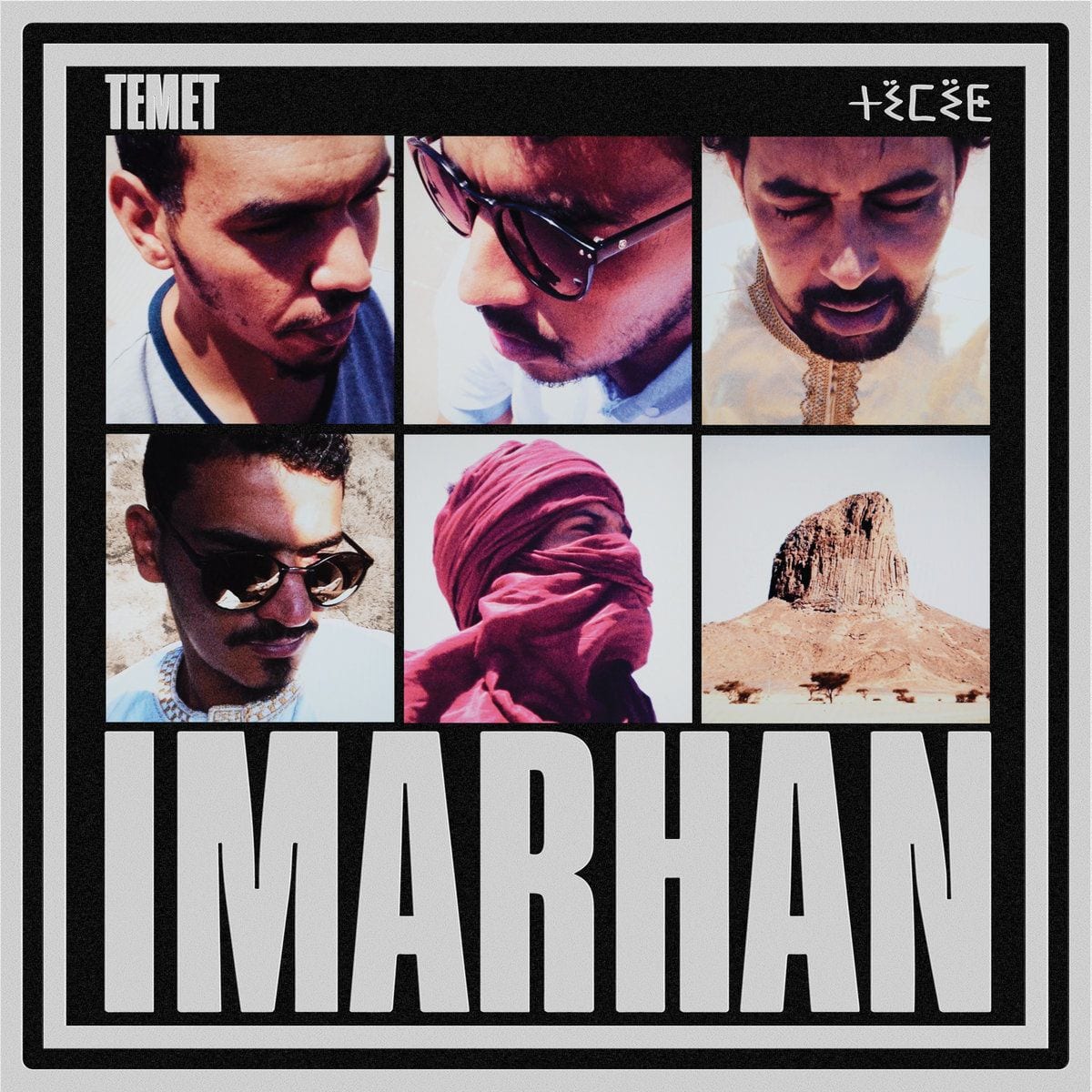 When last we left Imarhan, an Algerian Tuareg quintet with blood ties to Tinariwen, the group had released its self-titled debut, a fresh take on Saharan desert blues with a romantic Maghrebi twist. On Temet, Imarhan’s energy still burns bright, but the band incorporates a more roots-oriented sound, with most tracks stripped down to guitars, percussion, and vocals – an ensemble accompanies many a chorus. The melancholy typical of Tuareg blues is a little more hopeful in Imarhan’s youthful hands; even sparse closer “Ma S-Abok” feels warm. Elsewhere, dance-ready beats add a lively touch to tracks like single “Ehad Wa Dagh” and bass-heavy “Tumast”.

The years since Tinariwen’s international debut have seen a slow growth in innovative desert blues bands, and Imarhan has rightly been tagged as one of the most recent of a new wave of Tuareg bands. On Temet, the group goes beyond being fiery upstarts and proves its true staying power. 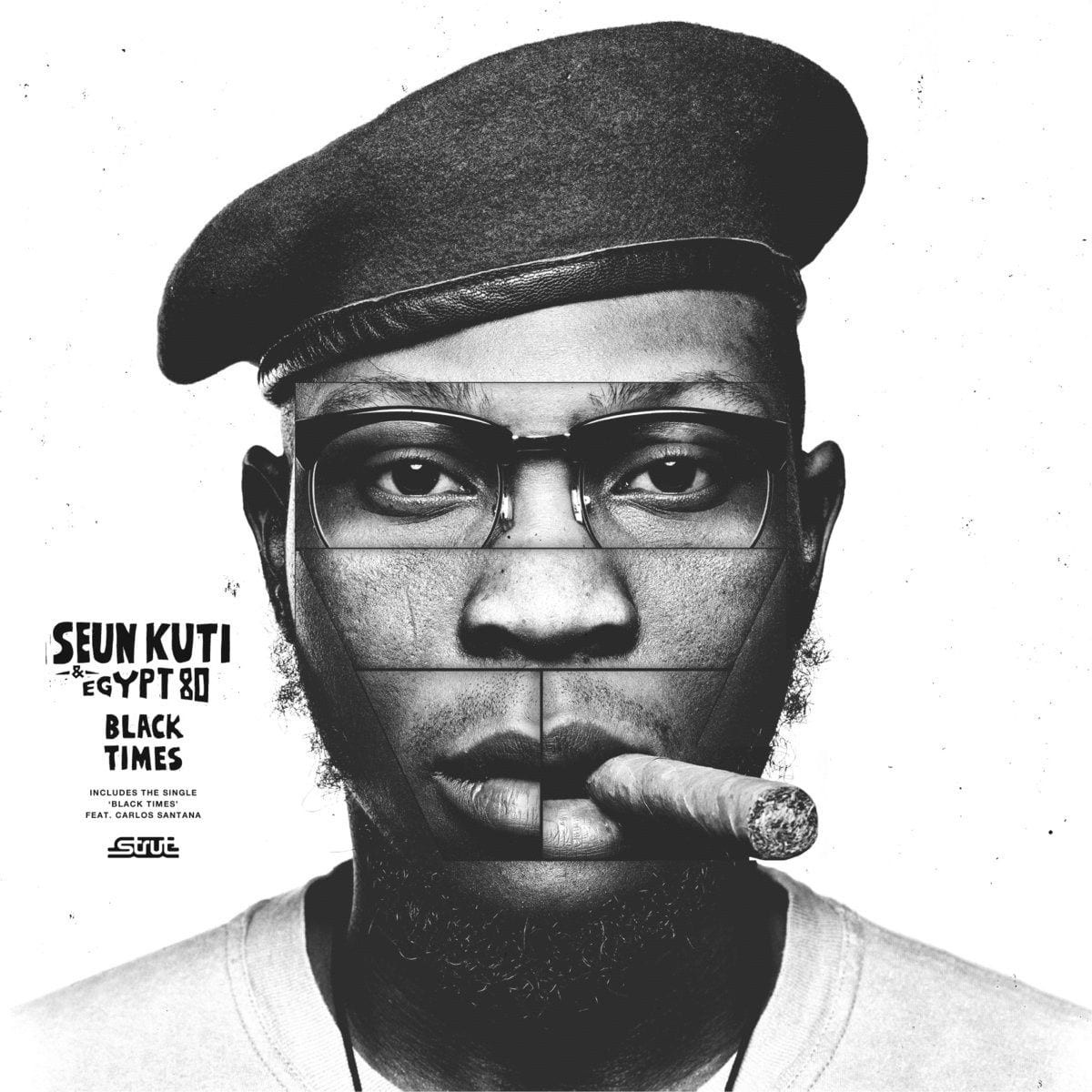 Is there anyone better suited to bring a little protest into our lives than Fela Kuti’s youngest son? On Black Times, Seun Kuti declares himself the “Last Revolutionary” and, with Egypt 80 marching behind him, continues his father’s musical and political legacy. A brilliant selection of socially relevant Afrobeat, Black Times sees Kuti deliver scathing critiques of injustice and corruption on tracks like “Corporate Public Control Department” (“You promise to give me peace / And you give me war / You promise me justice / And then they jail the poor”) and “Struggle Sounds” (“Struggle music / Struggle sounds / Struggle people / Struggle now”).

Though his music is very much in the same vein as that of his late father, Seun Kuti rides no one’s coattails. He proves himself time and time again to be a capable bandleader for Fela-founded Egypt 80, and his voice and fire is all his own. Afrobeat may have come into being to fight a specific military junta, but Black Times proves that it serves as an equally effective soundtrack for today’s struggles. 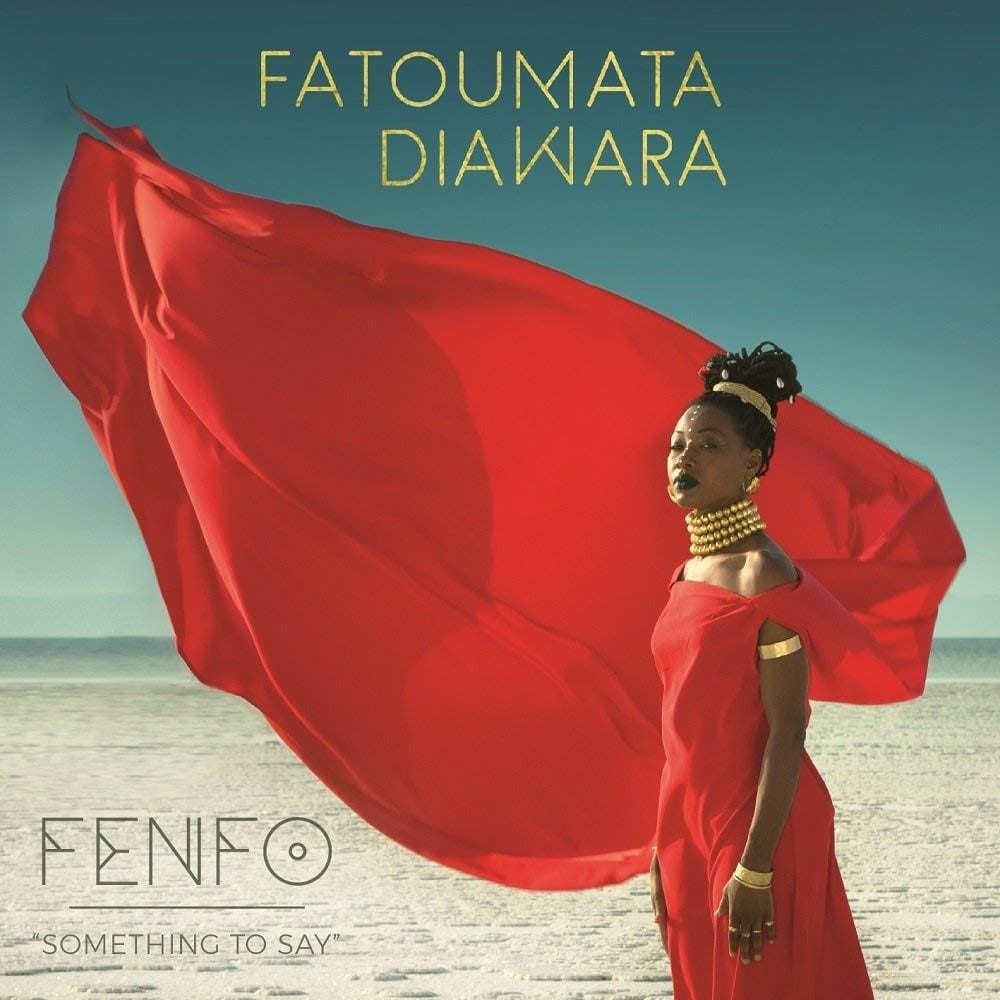 It almost seems impossible that Fenfo is only Fatoumata Diawara’s second full-length studio album. Maybe part of that is because Diawara has spent the years between her acclaimed 2011 debut and now collaborating with the likes of Mulatu Astatke and Paul McCartney. More to the point, though, Fenfo sees the singer-songwriter take on a much wider variety of sounds and styles, a mix of sleek production and soulful vocals that makes for an aesthetically electrifying pop album. The album’s title means “something to say.” Fittingly, Diawara takes on colorism, injustice, and drought over the course of Fenfo; she praises love and family. Much like her musical mentor, Oumou Sangaré, she wears her political messages on her sleeve – and the album is stronger for that display of confidence.

Sonically, Fenfo is clean and crisp without resorting to slick artifice and unnatural precision. Every element is bold and bright, and though Diawara and her commanding voice easily take the spotlight, no instrument is taken for granted. There is an organic feeling to the whole ensemble, whether on raw, bluesy “Kokoro”, sweet “Takamba”, tropical “Dibi Bo”… the list goes on, with Diawara showing remarkable versatility and undeniable skill. 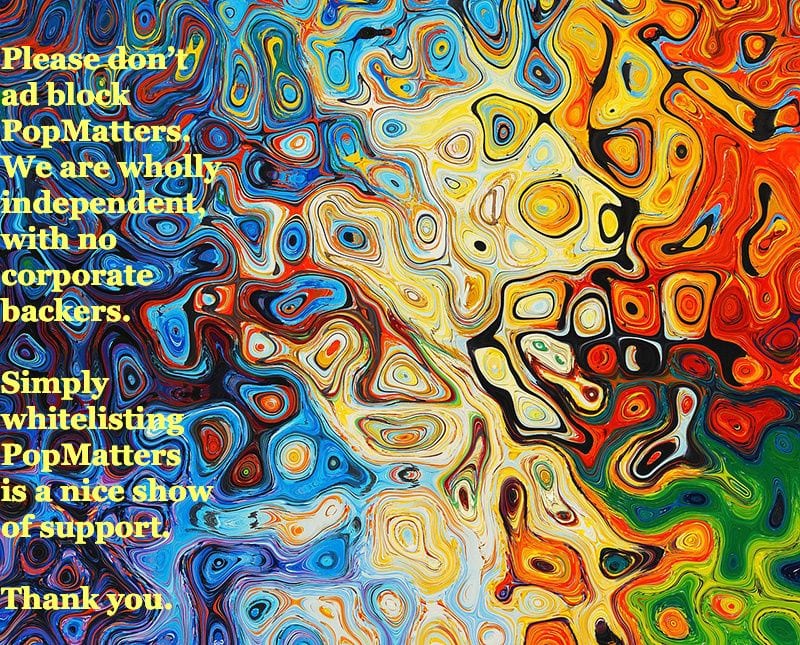 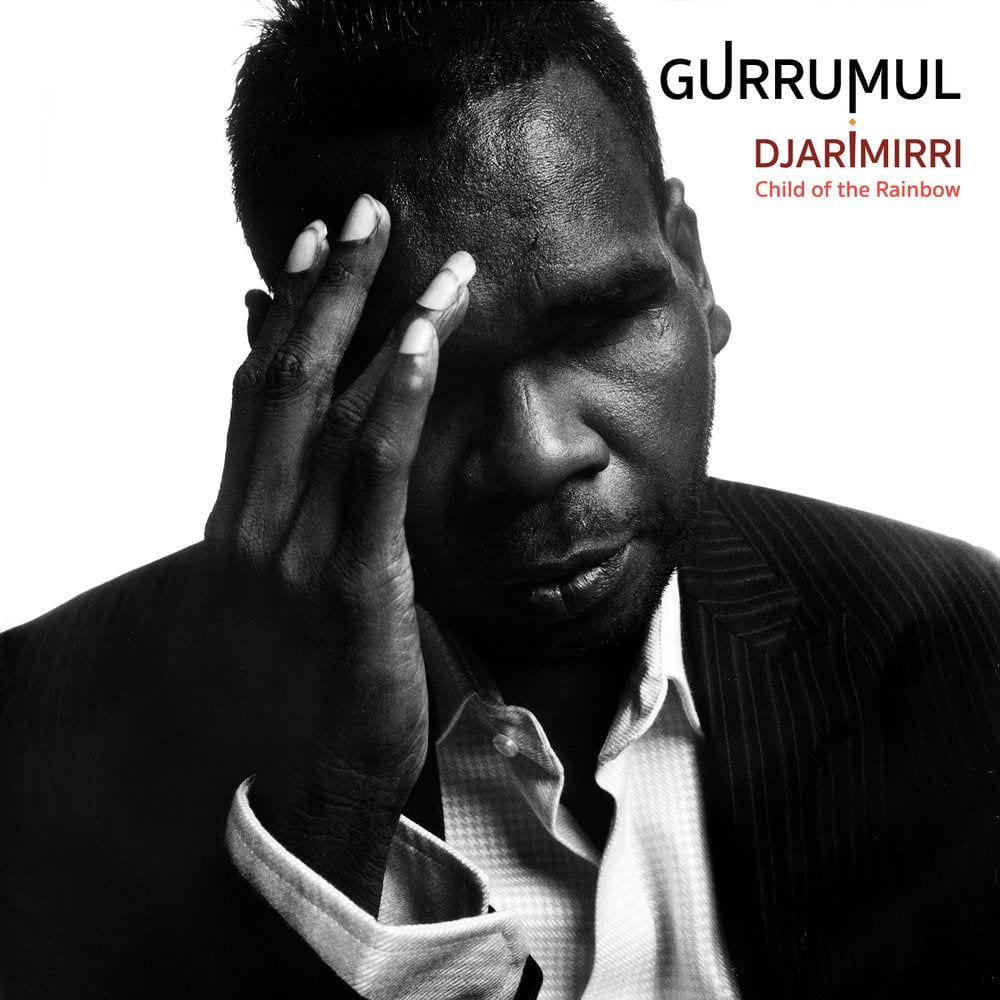 When he passed away in 2017, indigenous Australian artist Gurrumul, also known as G. Yunupingu, had just finished his fourth and final studio album. Djarimirri was produced over the course of four years and sets Yunupingu’s piercing voice in the center of lush orchestral arrangements that allow him not only to shine, but to envelop his audience in his complex emotional and creative realities. Artistically, it is a triumph, swirling Yolngu musical aesthetics on a symphonic scale unlike any Yunupingu has attempted in his distinguished career.

In a career marked by spectacular works and groundbreaking accolades, Djarimirri stands as Yunupingu’s undisputed magnum opus. Simple in concept, it is breathtaking in execution, and while it makes for a sad reminder of one gone, it also commemorates his life with an almost overwhelming sense of bliss.

3. Bokanté and the Metropole Orkest – What Heat (Real World) 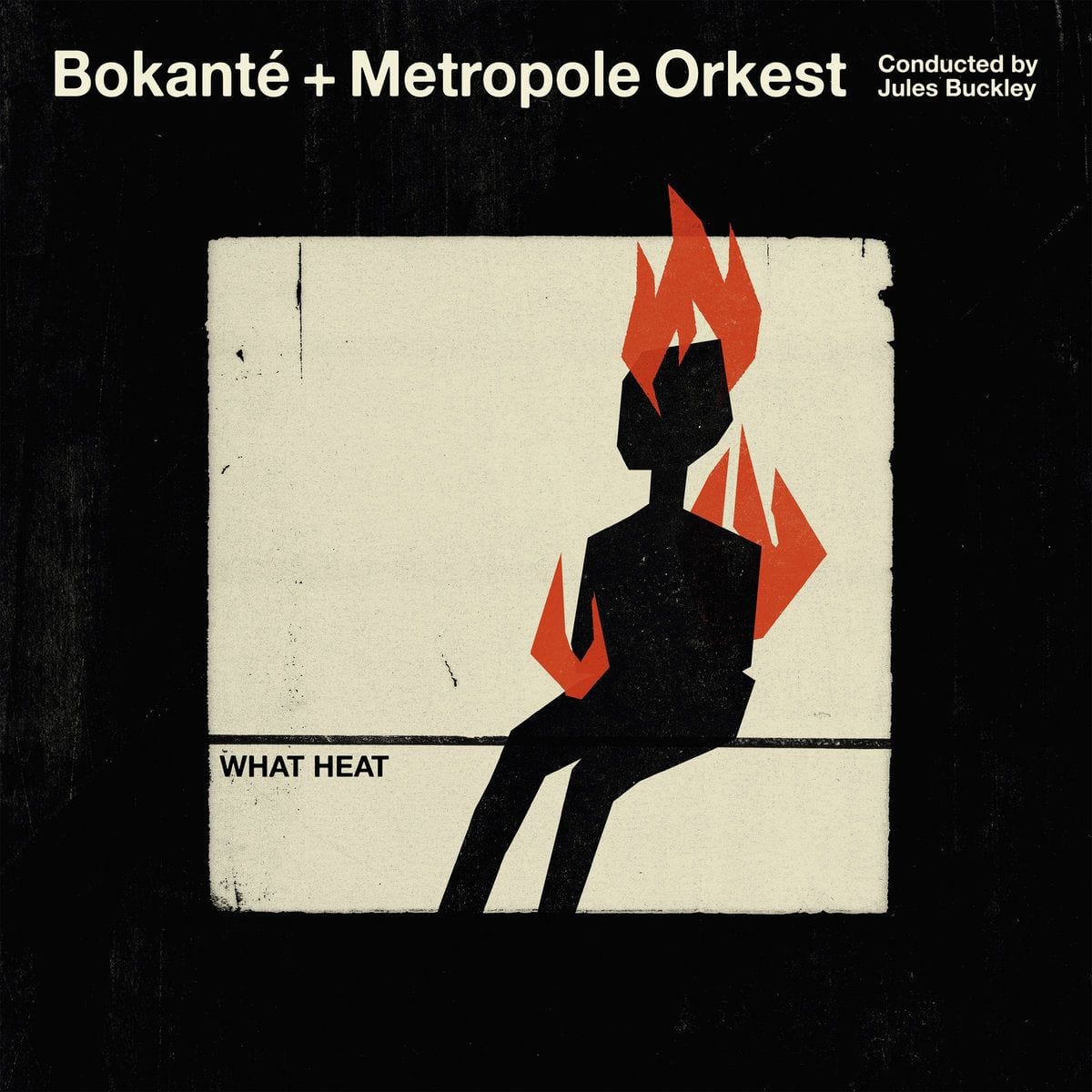 It would have been easy for Bokanté to be a one-time project. A multinational group spearheaded by Snarky Puppy founder Michael League, its blend of Caribbean beats and rock and roll melodies on 2017 debut Strange Circles seemed impossible to improve upon. Fortunately, the group seemed to know that, instead heading in a whole new direction on What Heat, a collaboration with non-classical orchestra Metropole Orkest under the direction of Jules Buckley.

Lead vocalist Malika Tirolien belts out blazing political messages, critiquing forced migration, inequality, and corrupt leaders named Donny in Guadeloupean Creole. The Orkest’s sweeping arrangements add a necessary drama with strings and horns hitting emotional heights. Bokanté’s instrumentalists, meanwhile, do what they do best, drawing on sounds from around the world, whether they be delta blues or Middle Eastern oud drones. Socially relevant and broad in aesthetic scope, What Heat is a truly epic work that sees Bokanté add unforeseen dimension to its already captivating style. 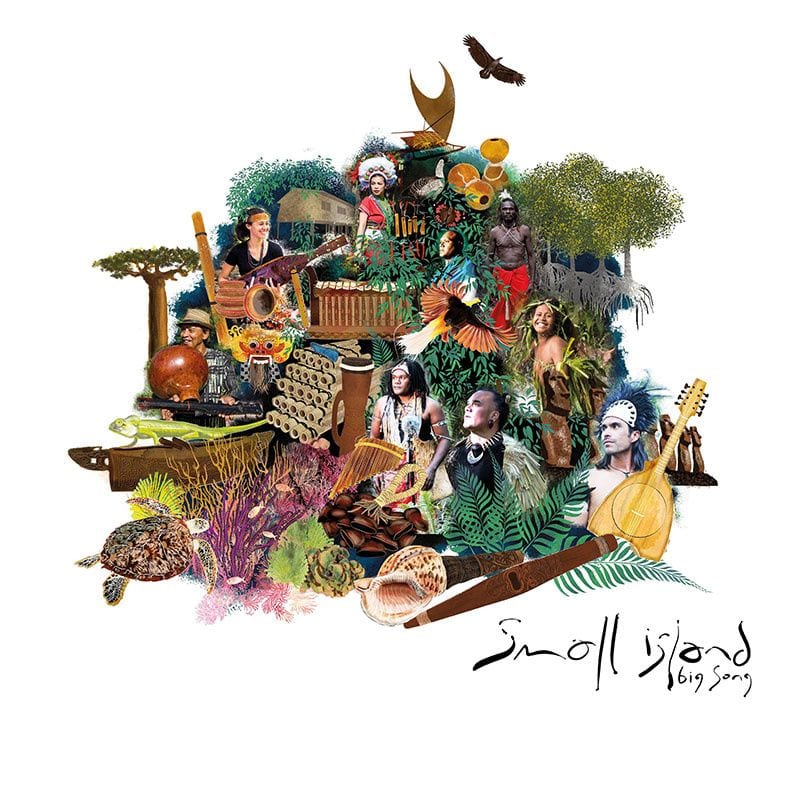 In a time of environmental crisis, what can music do to help? As musicologists debate, producers Tim Cole and BaoBao Chen jump into the fray with a musical collaboration that spans literal oceans. Small Island Big Song is beyond ambitious in scope, featuring artists from across the Austronesian linguistic spread that marks a shared heritage spanning the Indian and Pacific Oceans. Each song features a different combination of artists and a different lyrical theme, whether explicitly environmental or not, that reflects the life of the composers – many of whom live on islands that are at dire risk as oceans rise.

The music is sparsely produced and brilliant in its ability to evoke scenes of seafaring life. What’s more, Cole and Chen have worked tirelessly to make this as ethical an album as possible in every way, with half the net profits going back to NGOs and the participating artists and biodegradable packaging that includes a bamboo toothbrush with each physical album. This is a labor of love and activism, but also one of high musical caliber as well-established and new artists alike from Madagascar east to Rapa Nui all coming together to forge a new, ecologically conscious legacy. 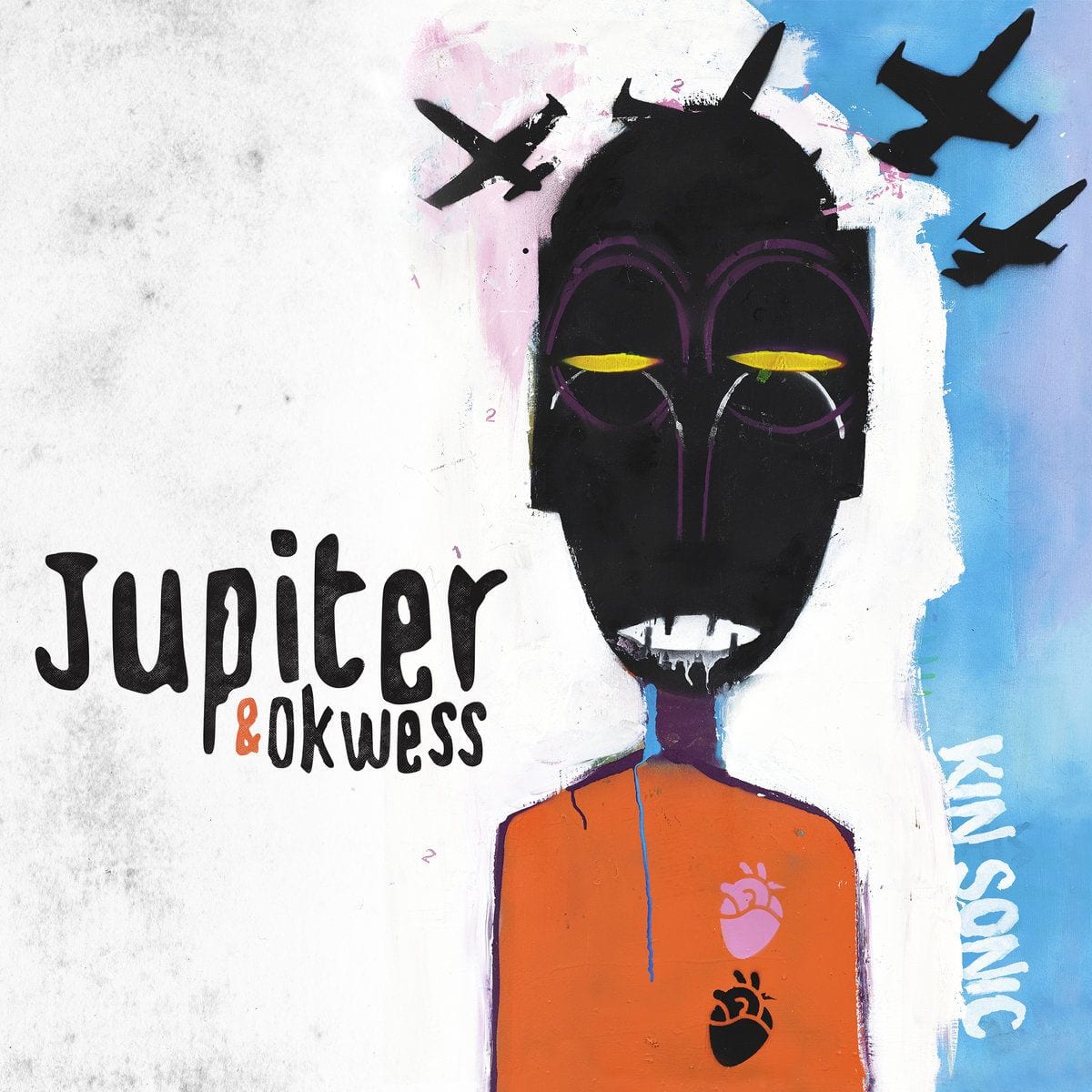 Jupiter Bokondji calls the music that he and band Okwess International make bofenia rock, after the bofenia dance his grandmother once used as a healer in a time before modern medicine was de rigeur in today’s Democratic Republic of the Congo. It’s an apt term for the nonstop sounds of Kin Sonic, the group’s sophomore album, on which Jupiter and Okwess blend edgy funk and entrancing rhythms based on older musical traditions. The bold mix makes for color and flavor unlike anything else in music as the band swings from exuberant dance tunes to melancholy balladry with not a single dip in energy.

Famous friends like Damon Albarn and Warren Ellis lend their talents to the album, and though the group deserves to have such well-known support, the music on Kin Sonic proves that Jupiter and Okwess deserve fame in their own right. They easily take the spotlight over any and all cameo appearances, a party band of the highest order with a ferocious sense of fun. Bokondji’s growl, fuzzy guitars, and warm harmonies all come together for some of this year’s most exciting music on Kin Sonic.

Messages of protest and calls for understanding echoed through many of the global music scene’s strongest offerings this year, bouncing from island to island, continent to continent with fear, hope, anger, and love. Artists everywhere tackled scenes of climate crisis, political corruption, forced migration, and cultural loss. Luckily, cutting through the heavier moments were exceptional melody and rhythm, once again serving as a reminder that, while music may not be a universal language, it’s about as fun as intercultural communication gets.

On this year’s top ten list are newcomers, superstars, and multinational projects from around the world. They remind us that tradition is dynamic by drawing upon old styles and fusing them with modern production. One group looks to the healing rituals of generations past. Another carries on a famous family legacy. Our largest spans oceans, delving into an ancient shared heritage to unite distant modern nations.

And so, here they are, soft-spoken and hard-edged alike: a rich slice of some of this year’s best musical offerings from across a wide and increasingly well-connected world.