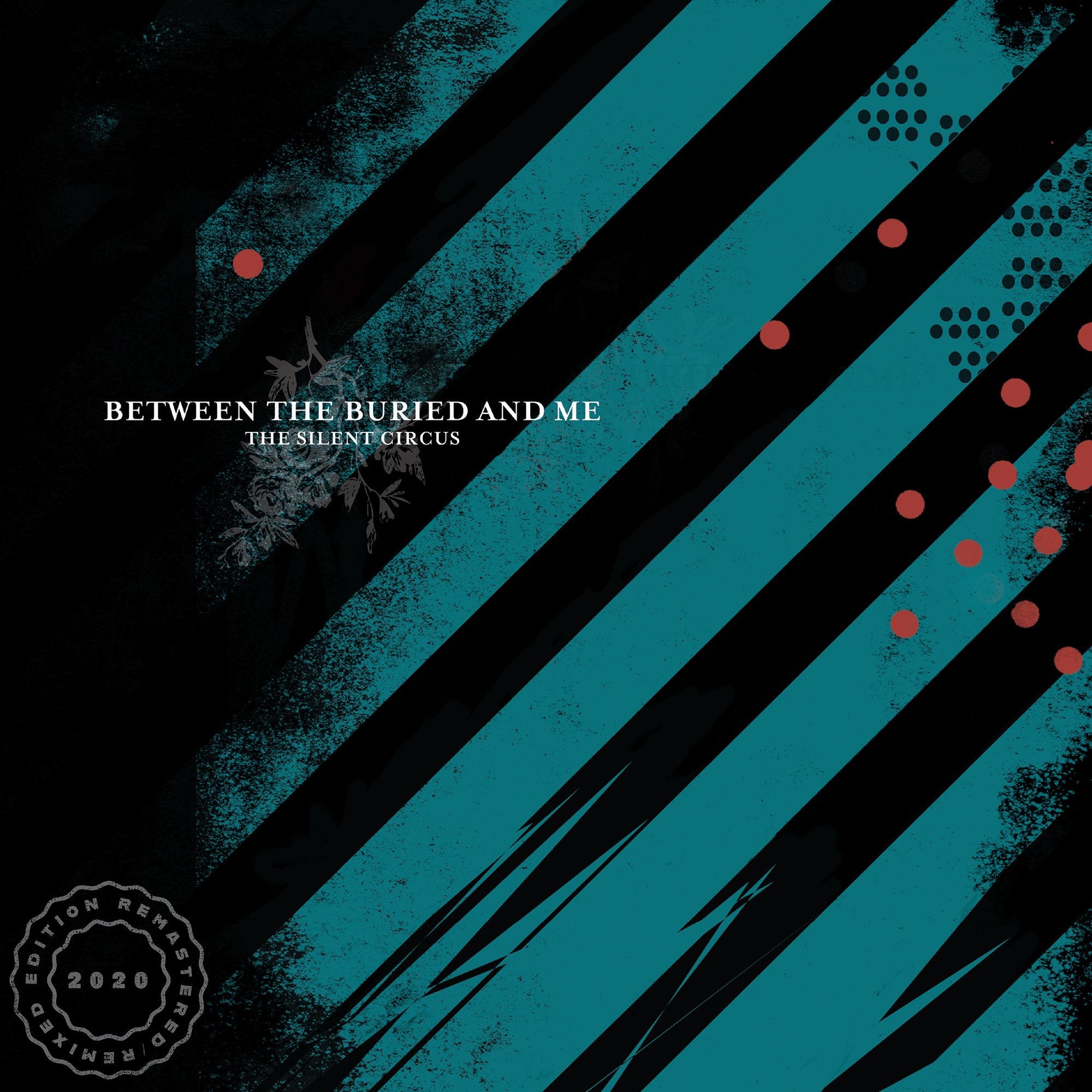 The Silent Circus
Between the Buried and Me
Craft Recordings

Back in May 2020, Craft Recordings issued a remastered edition of Between the Buried and Me‘s 2002 debut album. That gave longtime fans a chance to hear the record on vinyl and afforded those of us who came to the band a bit later an excuse to listen to the album for the first time. Now, as July slides into August, Craft is back, giving the same remaster and vinyl treatment to the band’s 2003 follow-up, The Silent Circus.

The Silent Circus begins in much the same way as its predecessor, with pummeling, brutal metal songs. These songs run through a gamut of metal subgenres and occasionally allow a hint of something more ambitious to come through. The band’s self-titled album also had those hints, as well as a handful of outright weird and mellow sections, but The Silent Circus seemingly eschews those bits, at least at first. “Lost Perfection A: Coulrophobia” opens with a gradually swelling guitar noise, which bursts into a pounding death metal track 40 seconds in, complete with vocalist Tommy Rogers doing an effective low-end death growl. Rogers quickly discards this growl after a couple of lines to go to his favored hardcore scream. But at 1:15, the band take a 30-second break from the all-out assault for a melodic guitar lead from Paul Waggoner, although Rogers continues the hardcore vocals. The punishing metal returns but takes another break near the end for a surprisingly groovy guitar riff.

The song abandons this riff to head back into technical territory and straight to “Lost Perfection B: Anablephobia”. Section B is all shifting tempos, mathy riffs, and breakdowns, and Rogers screaming his head off. That leads directly into “Camilla Rhodes”, another five minutes of technical metal. Unless listeners are particularly attuned to the quickly shifting rhythms of this style, there isn’t much to hang onto in the song. There’s no melody to speak of and barely even anything recognizable as a guitar riff.

The fourth track, “Mordecai”, starts in much the same way, but even faster than the previous songs. It’s around the two-minute mark when Between the Buried and Me finally throws a real musical curveball. Waggoner kicks it off with a melodic guitar lead, and the rest of the band follows him about 25 seconds later. The band backs way off into a creepy, atmospheric minor key section with the debut of Tommy Rogers on clean vocals (former drummer Will Goodyear, replaced on this album by Michael Reig, handled the clean vocals on the band’s first record). These vocals are excellent, sliding back and forth into falsetto without missing a beat. This is the kind of quiet break that the band would go on to do regularly, starting with their breakout fourth album, Colors. Here, though, it’s a welcome, possibly overdue, break from the technical metal. The song continues into a relaxed guitar solo, and when the band brings back the distorted guitars, it’s in a heavy rock context, complete with a big guitar hero solo, and the song never returns to the opening metal section.

The Silent Circus, it turns out, is a metal album with a big, gooey, melodic center. From “Mordecai”, the band goes into the drifting, weightless “Reaction”, two minutes of long synth chords, singing that barely rises above a whisper, and the absence of drums and bass. The final 15 seconds brings in an acoustic guitar, quietly strumming its way into “Shevanel Take Two”, which uses musical bits and pieces of the first album’s “Shevanel Cut a Flip” to create a new, even mellower song. Paul Waggoner takes over on lead vocals, and his voice, with slightly more body than Rogers’ singing, gives the song a bit more heft. The fat, thick bass tone from Jason King also adds to this feeling. Once the clean lead guitar comes in, snatches of the long outro of the original “Shevanel” become apparent. The band is content to let the song sit as a full, mostly acoustic ballad, drifting away into a long fadeout.

This fadeout is punctuated by the start of “Ad a Dglgmut”, which seems like a return to the intense metal of the album’s beginning. But Between the Buried and Me aren’t quite finished with that gooey center. Just before the three-minute mark, Rogers screams, almost unintelligibly, “It all makes sense! / We’re capable of beauty!” Immediately afterward, the band shifts back into guitar hero mode, with a mid-tempo guitar solo that occasionally turns into a harmonized duet. Then, at 4:30, Rogers is back, singing cleanly and repeating, “It all makes sense / We’re capable of beauty.” This is occasionally followed by, “Through sounds that make one cringe / The dogs only hear us now.” It’s a strange bit of meta self-referencing, but it’s entertaining. The song then kicks into the metal of the opening to finish out the piece.

From here, it’s back to the harsh, technical sounds. “Destructo Spin” lives up to its name, with chugging guitars and drums that resemble a quickly spinning top. Interestingly, though, the song’s final minute is an extended outro anchored by a melodic guitar riff. “Aesthetic” opens with a herky-jerky, technical, and high-pitched lead guitar riff that sets the song apart from its brutal brethren, at least for a bit. The song abandons this riff after about 30 seconds for amelodic hardcore crunch, cycling through at least three different distinct sections before bringing back a version of the opening near the end.

“The Need for Repetition” closes out the record with a track built around a slow, extremely heavy riff. It’s one of the few times on The Silent Circus when the band slows down a metal section for long enough to allow its rhythmic theme to make a noticeable impact. A quieter, less distorted version of the riff also makes its presence known in the middle of the song, and it shows how effective the band can be when it focuses on one theme to drive a track. The song ends with a fadeout, which eventually leads into that relic of the cd era, the hidden track. “Man’s Land” is a noisy goof of a song where Waggoner solos incoherently up and down his fretboard, while Rogers roars, marble-mouthed nonsense that might be “I’m a man” but also sounds like, “I’m a moroororon!” It’s the kind of tossed-off silliness that was extremely common at the time, but today isn’t charming at all.

The Silent Circus has a lot to recommend it. The album’s soft center shows musical growth from the first record. On that record, all of the quieter sections sounded very similar to each other, but here the bits of “Mordecai”, “Reaction”, “Shevanel”, and “Ad a Dglgmut” all differ significantly. The heavier tracks, however, all blur together into a mush of noise, save for “The Need for Repetition” and bits of “Coulrophobia.” To be fair, this remains an issue for me with Between the Buried and Me’s heavy songs to this today. It wasn’t until their third album Alaska that the band’s lineup solidified into the quintet that have been releasing lauded progressive metal for the past 15 years.

But at this point, Rogers and Waggoner were already pushing the group into areas that would pay off for them musically in the future. Interestingly, this is the second reissue for The Silent Circus. Back in 2007, when Victory Records was trying to cash in on the success of Alaska, they put out a deluxe version of this album. PopMatters’ heavy metal writer emeritus, Adrien Begrand, reviewed that version.