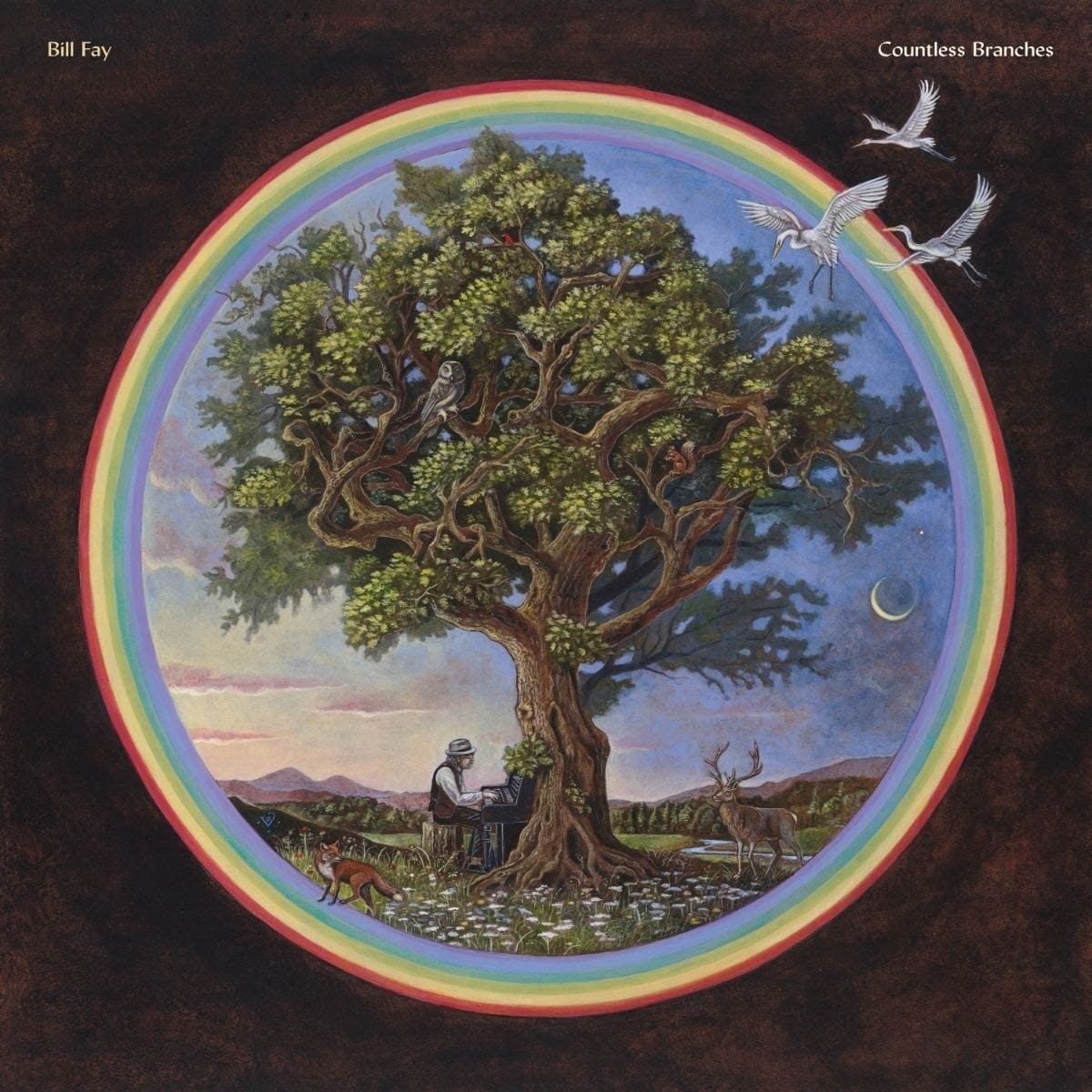 A handful of British artists, almost completely ignored at the time of their first recordings, have made some of the most welcome, least anticipated reappearances of recent years. The first was John Howard, whose Kid in a Big World (CBS), full of florid, fanciful piano pop, was flatly disregarded in 1974. A reissue prompted him to resume recording decade later, and his most recent release, Cut the Wire, was one of last year’s best. Then came feather-voiced Vashti Bunyan. Her Just Another Diamond Day (Philips) fell flat on its face in 1970 and only came to wider attention in the early 2000s when members of the freak-folk community, including Devendra Banhart, began to praise it. Next, Shelagh McDonald, who’d slipped off the face of the earth in the early 1970s following the release of her second album, Stargazer (B&C Records, 1972), turned out to be alive, having spent years living an itinerant existence off the grid.

Finally, there’s Bill Fay. In the early 1970s, North-Londoner Fay made two mysterious albums for Decca subsidiary, Deram. Deram was used for the company’s more experimental releases, including David Bowie’s first LP. Bill Fay’s self-titled debut hid its quirkiness behind robust, old-school orchestral arrangements. His second, Time of the Last Persecution, was starkly different. Full of biblical allusion, its songs were unadorned by lavish arrangements, left spare, and exposed. Its extraordinary cover showed a careworn, unshaven Fay, pictured as if emerging from or heading into a dark night of the soul.

Both albums are worth hearing, but fans tend to favor the second. Although Fay never stopped writing and recording, there was a break of several decades before his work was issued in any official form. Like Bunyan, his reemergence was assisted by the fandom of other musicians, one of whom was Wilco’s Jeff Tweedy and, again, like Bunyan, he has become more famous the second time around. Of his original peers, he shares some of the admirably anti-careerist, anti-materialist spirit of Mick Softley, although there’s a greater depth to his work.

Countless Branches is the third of Fay’s later-period albums, following Life Is People (2012) and Who Is the Sender? (2015). It might just be the best, too. It’s palatable and concise, comprising ten tracks with bonuses pushing the total to 17. An incorrigible grouch might bridle at these guileless, gently philosophical songs, but they’re delivered with such obvious sincerity that the rest of us will be charmed. As ever, Fay focuses on the search for meaning and substance in everyday life. His faltering piano style won’t set the world alight, but I’d argue that it lends his songs an indefinable and rather special quality that would almost certainly vanish if a more dexterous studio player were used instead. That is particularly evident on “I Will Remain Here”. A more sophisticated arrangement would jeopardize its delicate beauty.

Fay’s singing voice is a little more ragged than before, with slightly fuzzier consonants, but you couldn’t call it a deterioration, just a change. It’s an unassuming, un-domineering voice that never wears out its welcome or beats you over the head.

The music on Countless Branches moves from folk to pre-rock parlor music to Americana and back, with the last of those influences possibly emphasized by the presence of American producer, Joshua Henry. Henry was a fan of Fay’s for many years, and he determined to find Fay and persuade him to record again. That led to this album and its two predecessors.

Fay writes melodies that capture the ear on first listen, written over fairly straightforward chord sequences. Sometimes, he uses his right hand to double-up the vocal melody on the piano, sometimes, instead, he provides a basic counterpoint. By all accounts, these songs stretch back many years and weren’t all written with this project in mind. “In Human Hands” calmly laments humanity’s destructive and self-destructive bents. “How Long, How Long”, which appears in acoustic form on the main album and full-band form as a bonus, is a prime example of Fay’s skills as a writer of simple, effective folk melodies. It calls to mind his one-time label mate Cat Stevens.

A solo fiddle harmonizes with Fay’s melody on the exquisite “Your Little Face”, one of two songs on which Fay finds magic and wonder in infants. “Salt of the Earth” sounds like something from Time of the Last Persecution – gone is the genial Americana, and instead, there’s a hesitant, church-pianist intro. It’s a song that pairs quite naturally with the one that follows it – “I Will Remain Here”. Both could have been written well before the rock ‘n’ roll era.

Countless Branches is arranged in a more spare, acoustic manner than Fay’s last two albums, and this is one of its strengths. It’s like sitting down with a trusted friend, being shaken out of self-pity, and reminded that, for all the world’s awfulness, there is much to love. Fay finds rapture in the supposedly ordinary and celebrates the universe as a big, unfathomable mystery. Yes, he shakes his fist at the selfishness and violence of our species, but his songs aren’t pious or lofty.

Despite its shifts in style, Countless Branches is cohesive in terms of both sound and subject matter. The bonus section provides a glimpse of how the album might have sounded with different creative choices; songs that appear in acoustic treatments on the main album are here presented in full-band attire and vice versa. Although it’s enjoyable to hear these beefed-up alternative versions, they mainly serve to indicate that the right choice was made to keep things quiet and understated. The rest of the bonus content comprises outtakes (“Tiny”, “Rooster”) and a new recording of “Don’t Let My Marigolds Die”, originally from Time of the Last Persecution.

A final word on the packaging: the CD is given a triple-fold, plastic-free presentation, and the enchanting cover is a painting by Benjamin A Vierling depicting Fay in an agrarian setting, playing his piano at moon-fall under a tree. It’s a fitting illustration for this pacific, thoughtful album.