Blame This on the Boogie
Rina Ayuyang
Drawn & Quarterly

There’s a song in Blame This on the Boogie, and it swings. Rina Ayuyang‘s autobiographical graphic novel, published by Drawn & Quarterly, details her childhood as a Filipina-American in Pittsburgh, then transitions into segments of her adult life. Conveyed through vibrant hand-drawn pencil drawings and underscored by a riotous soundtrack, Ayuyang documents her journey to marriage, parenthood, professional achievement, and fervorous fandom. Using her artwork to create a singular and authentic memoir, Blame This on the Boogie blurs the lines between graphic novel and songbook.

Blame This on the Boogie‘s vigor is derived from its consideration of popular culture’s role in an individual’s life. Ayuyang’s entire memoir is scored by the various songs and musicals sparking her passion. At different points in her life, her ardor for music shifts to the Pittsburgh Steelers then to ABC’s Dancing with the Stars. Ayuyang makes it clear that these pop cultural elements build community, serve as a form of escapism from life’s stress and humdrum, while also constructing individuals’ identities. Especially as a child, Ayuyang’s musical fandom directly informed how she understood herself and family. Blame This on the Boogie establishes the importance of popular culture as creator of the artifacts that hold social meaning and personal authenticity.

The graphic novel is at its strongest in the first half, where Ayuyang depicts her upbringing in Pittsburgh. She sprinkles authentic regional language and knowledge such as illustrating the local grocery store chain Giant Eagle, pronounced Giant Iggle “as the Pittsburghers pronounced it.” She slips in the term “yinz”, the Western Pennsylvanian word for the second-person plural. The inclusion of regionalism is so casual and contextual that it almost goes unnoticed. 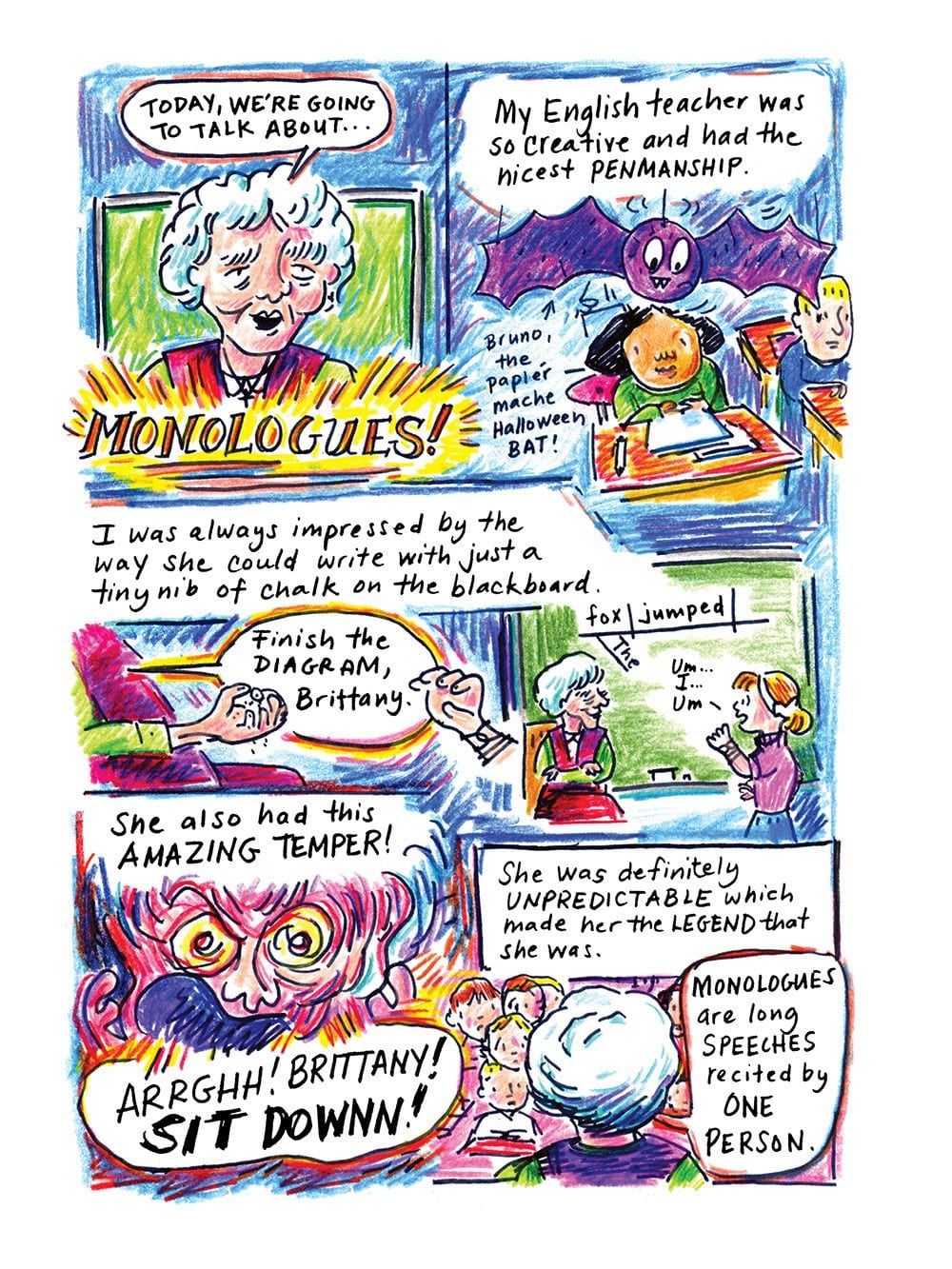 Blame This on the Boogie‘s second half is not nearly as coherent. The author heedlessly jumps between several topics, causing a convoluted narrative. Her obsession with Dancing with the Stars tediously dominants the concluding sections and the memoir component is dropped. Eventually, the narrative is omitted entirely and the last few pages are simple graphics of the author dancing. Relevant to the novel’s title, the images do little to complete the narrative. Ending with a curtain call, the graphic novel’s conclusion is an imagining of a musical’s grand finale. Or as she titles the section, “The Ballet that Always Comes at the End of a Musical”. Whereas the finale in a musical form produces closure, Blame This on the Boogie‘s finalé resembles unanchored drawing exercises in a sketchbook.

Graphic novels are capable of stimulating worlds both real and imaginary. The graphic form allows readers to see how artists use creativity to imbue the quotidian with curl, color, and zeal. This is where Blame This on the Boogie thrives. Ayuyang’s drawing style renders chaos and placidity with a page’s turn. At times crude, the drawings communicate multitudes through their simplicity. The drawings of movement,specifically the dancing, are skillful. The coloration, pen and ink flourished by colored pencil, calls attention to the narrative while further developing its trajectory. At times, the images provide more details than the text itself.

Part of the graphic novel’s disappointment is the lack of critical meditations on important social and cultural issues. For example, as the daughter of Filipino-American doctors, Ayuyang describes the complexities associated with ethnic identity without attempting to unpack the accounts. She includes drawings depicting the racism she endured at a Catholic school but omits any discussion of the impact on her identity. Likewise, one section begins with the dialogue bubble expressing the embarrassment caused by dancing. She’d “only do this cheesy stuff at home along with the other stuff we didn’t want to highlight to the public at large.” That includes eating goat as an ingredient in the Filipino meal, Dinuguan, or pig-blood stew. Ayuyang then includes the two dialogue bubbles contending her “future ethnic studies professors would call this assimilation… My parents would say it was to make it easier for us to adapt to American culture.” This conversation is not revisited in the remaining text. Similarly, Ayuyang later admits that being a fan of the NFL is problematic but doesn’t further explain the implications. Blame This on the Boogie imparts a frustration stemming from the narrative’s critical paucity. 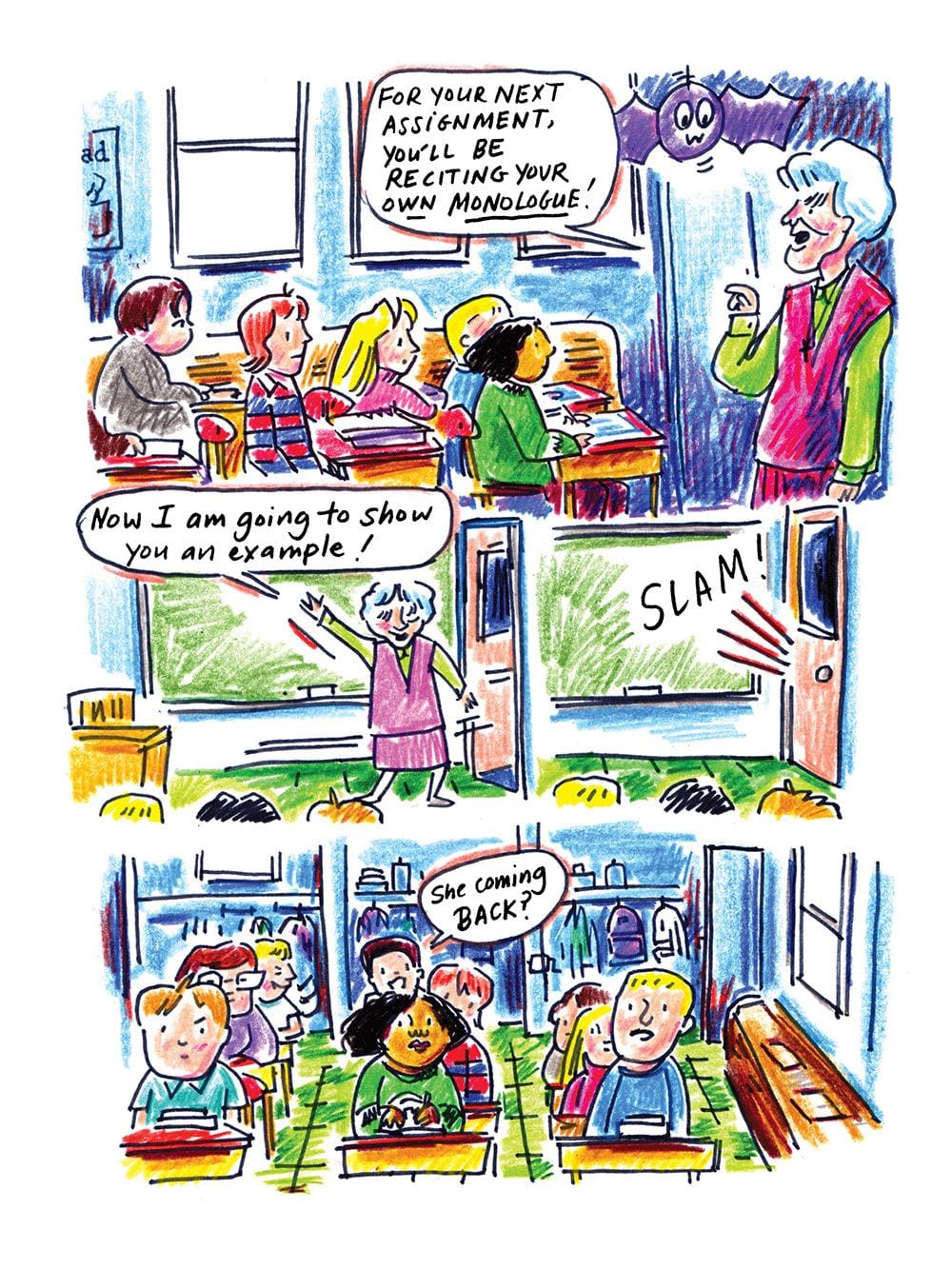 One social commentary Ayuyang successfully portrays is her understanding of motherhood. Her depiction of the discomfort rendered by the image of a nursing newborn and an exposed breast is both hilarious and aggravating. But the amusement is truncated by a carefully drawn montage of Ayuyang nursing her newborn. The only movement in the cell is the clock in the background that shifts every hour. The mother and baby remain unchanged, with only the coloration darkening to signal the scene’s transition from day into night. Here Ayuyang flawlessly demonstrates the absolutism associated with motherhood.

But Ayuyang defies the draconian discourses and uses the remainder of the book to illuminate her professional success while raising a healthy and intelligent son. For example, in one panel she draws the breakfast table where her son remembers a dream in which Ayuyang appears at his school and says “hey kid”. The next panel pictures speeding cars then the page ends with a time-lapse of Ayuyang at her desk job. She doesn’t claim to be a master in all personal and professional areas. Rather, she exhibits that balance is achievable. 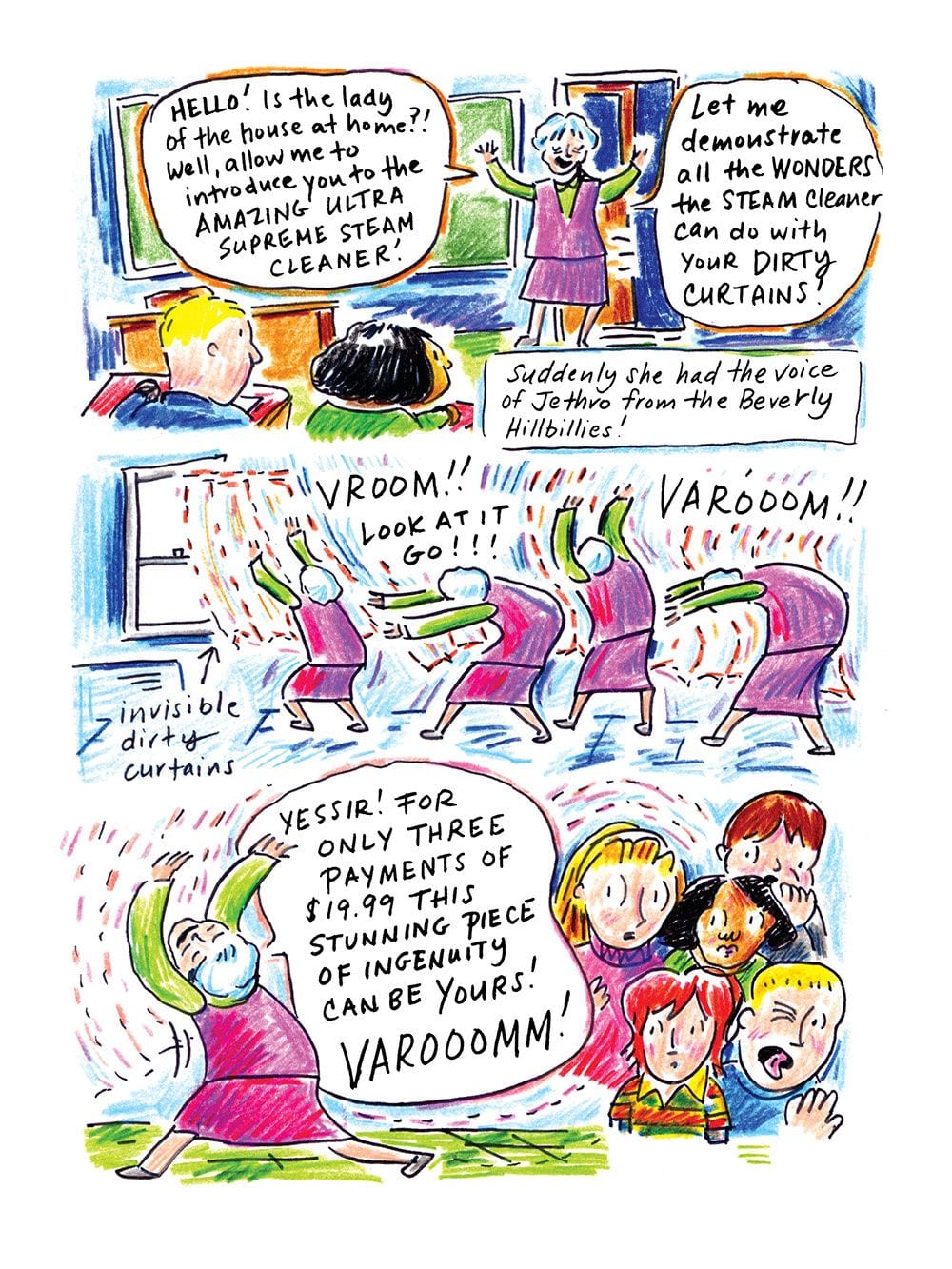