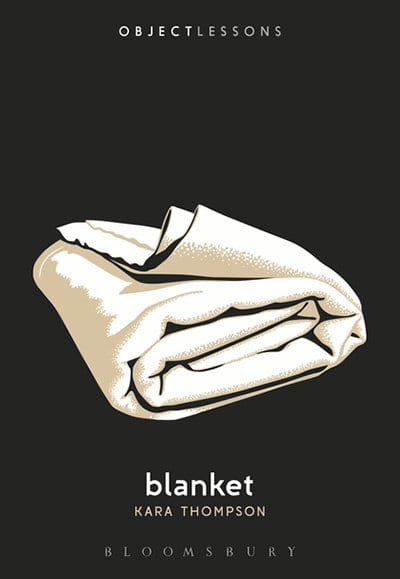 One of the greatest privileges of Bloomsbury Academic’s wonderful Object Lessons series is that it offers readers the opportunity to unapologetically wax poetic about random things. Much like the winsome new podcast “Everything Is Alive“, the Object Lessons series allows readers to engage in the status of things, the meaning of things, how their greatest meaning is in their context rather than content.

Kara Thompson‘s Blanket benefits from the intimacy of its subject matter. Blankets comfort or smother. Michael Jackson dangled his son (named Blanket) out of a hotel balcony window, much to the horror of onlookers. Blankets protect and infect. Blankets express and suppress. Whether the first thing that comes to mind about blankets is Peanuts comic strip icon Linus Van Pelt’s blue security item, or the sublime meaning of the AIDS quilt and how it represents more than any political leaders would express in the ’80s, blankets have more meaning than just their thread count or fabric content.

Thompson begins with a poetic flourish that nicely threads itself through the course of Blankets:

She offers a website very early in her Note to the Reader that nicely elaborates on the roles blankets have played in life. She wrote much of this text while in Los Angeles, which she sees as “…a city covered in fancy and fantasy…” She wanders carefully through blankets and the roles they have played in acts of genocide (smallpox infected blankets given to Native peoples of what is now called America by British settlers in the 1760s) and disaster relief in the 20th and 21st century. Blankets are also burdened by their implication as adjectives: blanket statements, blanket stipulations.

Thompson carefully navigates through scenarios here, as is typical of the Object Lessons series, and she’s careful to maintain a connective thread. Talk about the harsh blanket-like item “Full Metal Jacket” worn by Marines (and featured as the title object of the 1987 Stanley Kubrick film, Full Metal Jacket) and go to the AIDS quilt. Blankets store artillery, cover the National Mall, and the bodies of the dying. Conceptual artist Dario Robleto’s 2001 installation Deep Down, I Don’t Believe in Hymns features a military-issued 1862 blanket covered in the particle dust of two songs, Neil Young and Crazy Horse’s “Cortez the Killer” and Soft Cell’s cover of “Tainted Love“. Of the former, Thompson writes:

“Young cannot resist falling back on the very colonial tropes he wishes to send up. ‘Cortez [was] the killer’… The song is infected with tainted love.”

Thompson spends a great deal of time through the course of Blankets in the world of settlers and Native peoples, how some of the latter saw the blanket as “…a synonym of survivance, a way of refusing the ‘white man’s ways.'” Thompson writes sensitively about the death of her brother Kevin, how at 17 she passes his age when he died, how Kevin is buried with the blanket that “…covered his wasting body, cancer-atrophied muscles.”

In “Extraction”, Thompson covers the story of a customer (Ted Kuntz) presenting a blanket to an appraiser on PBS’s Antiques Roadshow. It turns out to be a Navajo-made First Phase Chief blanket that once belonged to Kit Carson. This allows Thompson to expound on the bloody story of Carson’s bloody mandate to kill all who got in his way of leading the forced relocation of the Navajo people. Of course the blanket proved to be a financial windfall for Kuntz, an inheritance worth between $350k-$500k, but that money came with a price. Thompson notes of Kuntz’s admitting that he likes to collect old things, and that he came from a long line of (white) people from that part of the country who benefitted from the way his forefathers came to the land:

“…when settlers collect blankets, baskets…they willfully or inadvertently refuse their own histories…To pass down and inherit is to accumulate wealth, and wealth can afford to conceal histories…” 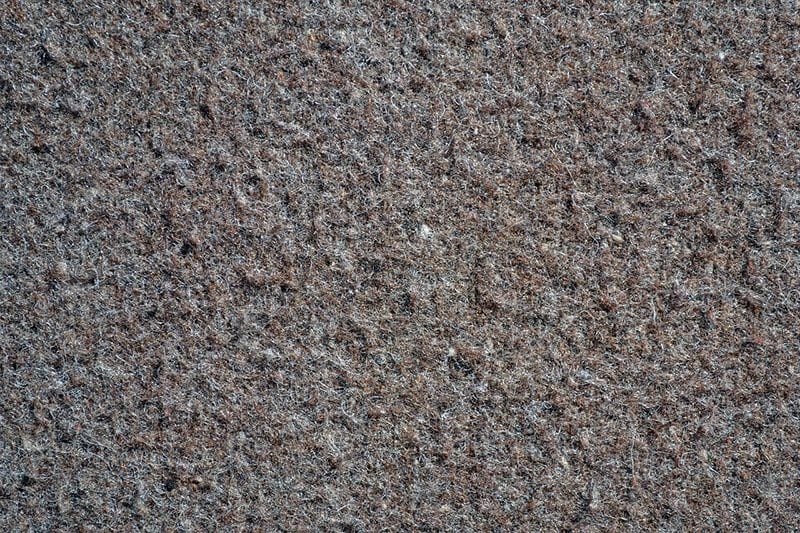 How do blankets function in times of crisis? In “Security”, Thompson writes powerfully about blankets that covered people in the wake of Hurricane Harvey. They communicated allegiance to sports teams or commitment to concepts like love and peace. A 2013 Supreme Court case ruled that women at a health center must use scratchy hospital blankets, not comfortable fleece ones, as a way to meet sterility standards. Thompson sees these two narratives in a clear way:

“…the blanket bears witness to denial… climate change… comfort and security; the denial of the right to determine what happens to one’s own body. Blankets witness our disasters.”

As for the transitional objects blankets have represented for many of us as we journey from childhood to adulthood, they are the division between an internal world of comfort and an external world of unpredictability. In the wake of the Sandy Hook school shooting in 2012, an Oklahoma-based company provides a horrifyingly improbable item called “The Bulletproof Blanket“. The heat sheet blanket seen draped around those who finish running Marathons proves the flexibility of the product. “They embrace a person in shock,” Thompson writes, whether in the wake of the 2013 Boston marathon bombings or after a fire, the heat sheet blanket saves lives. 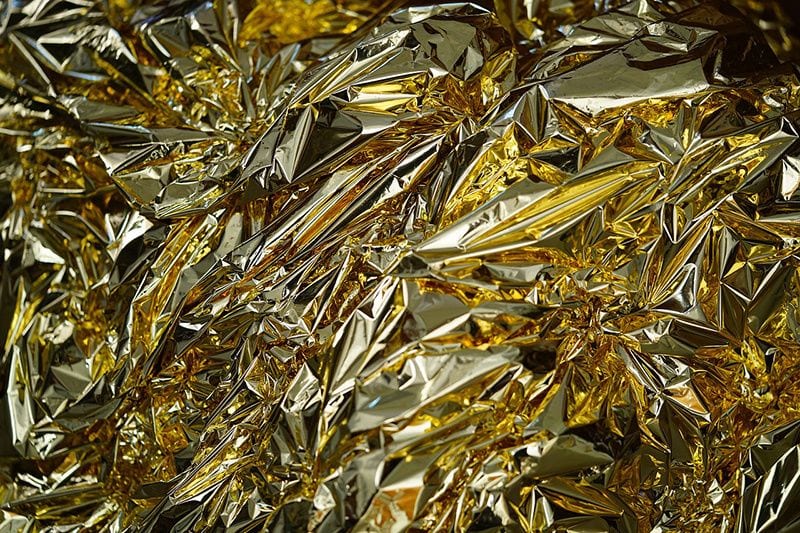 Consider this: “If blankets are time machines, how long will a blanket hold a person’s scent, to allow that moment of plunging face into fold to transport back in time?” It’s a prompt that offers infinite possibilities, an acceptance of how and when a blanket plays a role in our lives. Chapter 5, “Cover”, tells the remarkably powerful story of President Obama’s May 2015 trip to South Dakota. It marked the last state he visited and an opportunity for Dakota artist Oyate Devon Bursheim to make a star quilt that would be presented to Obama. Star quilts were made to be given away, made to serve and honor the visiting dignitary. The Keystone XL Pipeline was causing controversy at the time, so Bursheim decide to make a statement:

“Unbeknownst to the Lake Area Technical Institute and Obama staffers, Bursheim had sewn a subtle but still quite visible ‘NOKXL’ on the back of the quilt.”

There are other fascinating moments in Blanket Thompson offers that should compel the interested reader to explore deeper. For example, we learn about the possibility that quilts were used by slaves to communicate on the Underground Railroad. This was presented in a 2000 book, but shortly thereafter debunked. No matter how those times are regularly being re-interpreted or re-evaluated by scholars, the bottom line is clear. The many artists and scholars featured in Blanket have used the title item:

“…to intervene in dominant discourse… to create their own narratives… the blanket becomes a surrogate medium… The blanket is a political act and a companion… To quilt is to summon the spirits and guides, the ghosts, and the absent love.”

Again, consistent with the apparent mission of Bloomsbury’s Object Lessons book series, the chapters often focus on some remarkable artists. For example, there’s Marie Watt’s 36 column art installation Blanket Stories: Seven Generations, Adawe, Hearth. It’s a powerful idea that must be breathtaking when witnessed in person at its permanent home at the Tacoma Art Museum. Watt had spent years collecting different blankets, absorbing their stories, and now she was arranging them in some intense, towering shapes, securing them in bronze, ensuring that the stories held in the statue she was creating would never be forgotten:

“They carry histories of colonization; they witness and cover death; they protect and provide security; they are memorials to dispossession. They are also witnesses to survivance, and to moments of ‘ecstatic giving.'”

It would be glib to say that Thompson’s Blanket is a warm embrace examination of the ways we have sought comfort from the cold or security from catastrophes. Nevertheless, here is an instance where such a description should be used without shame. Thompson has contributed a fine addition to the Object Lessons series and provided some interesting starting points from which scores of other ideas can be explored. 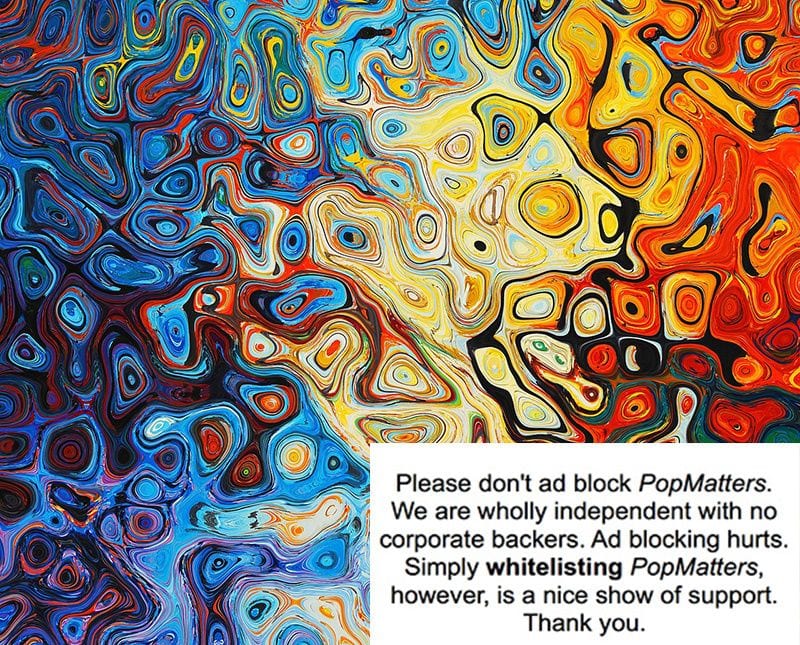