Ethan Hawke’s Blaze, a sometimes meandering music biopic that manages to provide a fascinating look at the life of a country singer who died in relative obscurity, is one of the more interesting movies of 2018. What Blaze does better than most biopics is get at the often exaggerated mythos that frequently surround artists, and the sad reality behind each tall tale. You know the types. Every art form has these towering figures whose legends often loom just as much as their creative output, and sadly far too many are remembered for the tragic ways they left this world too early. Those who remember them paint the wild pictures of creative inspiration, wisdom, or misadventure. Those stories often pass up the realities: drunks, junkies, violent people, and pseudo-philosophers of bar wisdom. Blaze is the sort of film that takes the piss out of the legend, showing a life that’s sadder for the wasted talent and what could have been.

The movie captures this theme early on after one such recording session where Blaze Foley (Ben Dickey in an incredibly immersive debut performance) terrorizes a sound engineer during a recording session as Foley deeply loaded-self behaves like a wild man, oblivious to the man in the sound booth whose ready to deliver blows in frustration. It’s the kind of irresponsibility and destructive behavior we don’t hear about from Townes Van Zandt (Charlie Sexton), the more famous friend of Foley who spends the film remembering his friend while being interviewed by a radio DJ. Van Zandt loves the legend of Blaze Foley, and he remember his deceased friend for the way he died: shot by a junkie trying to steal the social security check of Blaze’s friend. Van Zandt is a beguiling storyteller, chain-smoking reveling in the stories he tells about his friend, and the rapt attention he holds over the DJ.

And yet just as Van Zandt’s stories cast a spell over the story we will hear about Foley, so does the quiet of Zee (Eighth Grade‘s sad dad, Josh Hamilton), another friend of Foley’s who sits next to Van Zandt throughout the interview. With each new yarn, Zee grows visibly frustrated and exhausted with Van Zandt’s mythmaking, as if the legend gets at nothing about who Foley actually was. Zee only speaks up to correct Van Zandt about the facts, giving short responses that cut through Van Zandt’s bullshit or highlight how little he truly knew about Foley, specifically in terms of Foley’s relationship with his young love, Sybil. 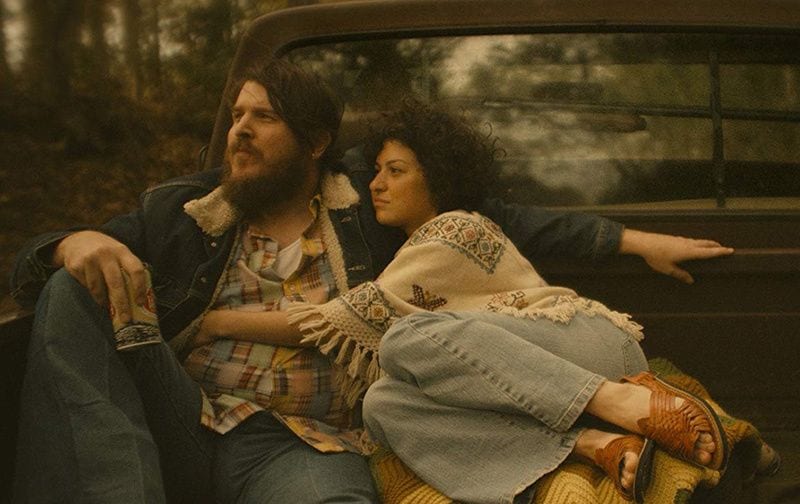 Where we meet Foley in the past, he’s living in an artist colony. Sybil (Alia Shawkat) is an aspiring actress from the community whose earthy vibe captures the attention of Foley. They soon fall in love, renting a ramshackle house in the woods with no electricity or running water. In their humble living their relationship flourishes, even with all their differences. He’s a hulking man with a big build and a gate, at ease talking in his poetic phrases about life, music, and Sybil. She’s different; a small Jewish girl whom we come to see has a gentler personality from her man.

Once they leave the community to support his music, she does what she can waitressing and sacrificing her goals to support him, never putting up much of a fuss. Foley, meanwhile, takes to the road where he drinks and fights in his many venues. He parties. He cheats. This erratic behavior alienates him from people, causes him to lose gigs, and rattles the foundation of his relationship with Sybil. Alia Shawkat is quietly devastating in her role. Far from her days on itchell Hurwitz‘s TV series, Arrested Development, she casts a true romantic spell in the early half of the film as she forges her relationship with Foley. It’s all the more heartbreaking when you contrast that to later scenes where she comes back to their tiny apartment after a long shift only to find him drunk in the bathtub having scribbled lyrics to a song all over the walls in his stupor. 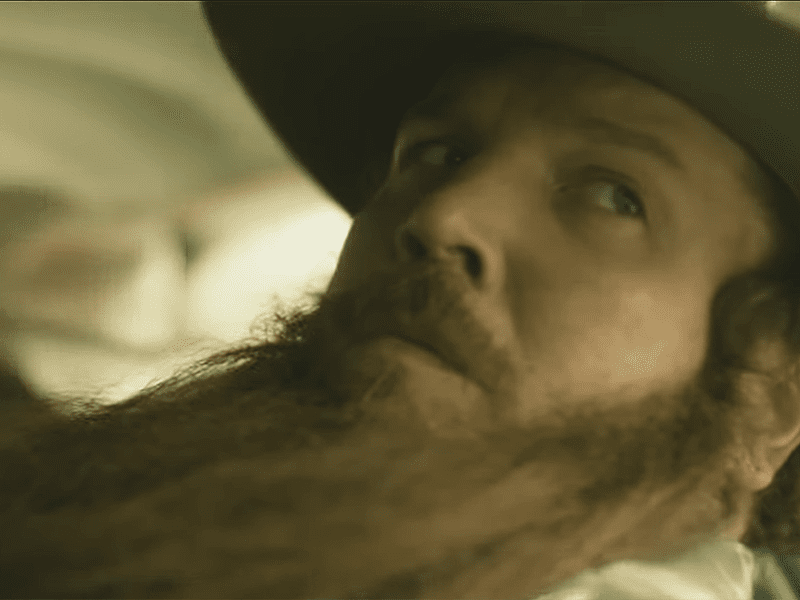 Sybil Rosen, Blaze Foley’s girlfriend, co-wrote the screenplay with Hawke, based on her memoir, Living in the Woods in a Tree: Remembering Blaze (University of North Texas Press, 2017). They have crafted an ambitious script, and one can’t help but imagine how their unique perspectives really fleshed out this all-encompassing and sensitive portrait of artistry. Hawke, of course, has a four-decade career as a major movie star in addition to his other works in theatre and literature. He’s hustled and sweated like Foley, though having they invaluable input of something we just don’t get enough of in these sorts of movies: the struggle of being the partner of an artist. Too often you’ll see the other depiction, a partner who belittles the dream until the artist achieves success and upgrades to someone who understands their genius.

As impactful as the writing is, Blaze is also an incredible work of filmmaking on the part of Hawke. This movie is only his fourth effort as a director, and his first fiction feature since 2006’s The Hottest State. In his work you can see echoes of his longtime collaborator Richard Linklater, but his staging of scenes have a theatrical quality as he lets the drama play out in real time and frequently playing with space in a way you’d normally see in stage productions rather than film. He’s only helped by his actors, giving some of the year’s best performances. These are lived-in roles, with all the performers disappearing into their parts. It may sound easy to say that about actors like Dickey or Sexton given their near total lack of screen roles, but they fully embody their roles. Everyone, from stars down to the bit players, have been coached by their actor-turned director to do that sort of immersive work that seems to have left the screen and only exists on the stage.