Lisa Brühlmann‘s fantastic tale Blue My Mind (2017) tells the story of 15-year-old Mia (Luna Wedler), who moves to a new town and is forced to adjust to a new school part way through the year. Strong willed and refusing to be intimidated by one clique, she winds up becoming a part of their world of shoplifting, drinking and drugs. In particular a bond is formed with Gianna (Zoë Pastelle Holthuizen), the group’s leader, and one afternoon while playing a game, she chokes Mia to the point that she passes out. It’s a moment in which something mysterious begins to occur that leads to an unexpected and yet hidden transformation.

In this debut feature by the Swiss filmmaker, the themes of teenage angst and transformation connects to her first two short films Frühlingserwachen (2010) and Flügge (2011). While both centre upon teenagers with a desire to dream, the first sees 13-year-old Tina (Elisa Cadelli) faced with the conflicting emotions of joy and confusion, while the latter centres on a 16-year-old daydreaming protagonist played by Cecilia Steiner, and the transformation of pregnancy.

In conversation with PopMatters, Brühlmann discusses her desire to craft a film that will emotionally connect with an audience, and the contrasting nature of a film to a dream. She also reflects on the juxtaposition of realism and fantasy, words and images, as well as the transformative experience of cinema and life. 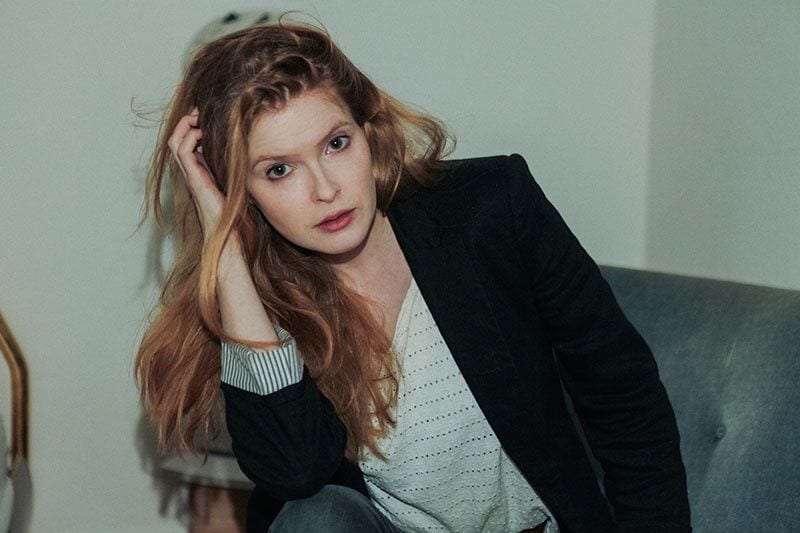 Movies have always affected me, even as a small child. But at that time I didn’t know that this would be my profession one day. I sought my creative expression in acting and it went quite well, but there was hardly any project I would have watched myself. I often looked at how directors worked on the set, and I knew that there were many more stories in the universe that needed to be told, and so, I simply made a short film to see if it suited me.

Australian filmmaker Ariel Kleiman told me: “Making a short film I felt you could hold it in your hand, whereas a feature film is like a runaway train.” Would you agree or how would you compare and contrast short with feature films, and are short films a useful means of education or preparation ahead of tackling a feature?

I think it definitely helps to have made some short films before. There are mistakes you only make once, and you better make them before shooting your first feature film. The short films were very valuable. I tried out different things with each short film – be it to find my own writing, to investigate topics or to learn to play with emotions.

Of course, a feature film is much more exhausting because there are more days of shooting, but it’s also much more satisfying. I used to produce the short films myself, so Blue My Mind was like finally coming home – to simply focus on directing and not having to take care of the catering for the team, or to get filming permits.

In Brett Haley’s The Hero (2017), Sam Elliott describes a film as another person’s dream. Would you describe a film as such or is this a romanticised notion of cinema?

What I find exciting about this statement is the fact that dreams come from the subconscious. This is strongly related to the way I work, or let’s say to the way I “examine” the script during the writing process, over and over again. But in a second step, a movie is so much more than just a dream, it’s hard work, research, watching and listening. You can dream a dream on your own and it has something narcissistic about it, but you can’t make a movie on your own. You need good partners who understand and share this dream.

The interaction of both elements is important and that’s why I love filmmaking so much. All forms of art merge here, it’s a question of the right dose. My dosage places a stronger emphasis on the visual aspect compared to the language, where it’s all about making a story emotional and tangible with the senses.

The opening image initially feels random and so the film could almost be described as giving meaning to or resolving this visual moment. This of course taps into the idea of film as a journey, and in Blue My Mind it is one in which character and audience are on parallel journeys to understand who she is. But more significantly perhaps, the opening shot on the shoreline creates an impulse of mystery and curiosity that engages us an audience.

That was exactly my intention. On the one hand, I wanted to set the mood and make the audience curious, but also set the mystic element in the story: Who is this girl? Is she alone on the beach? It’s only later that the viewer can make sense of it and understand that this may have been Mia as a child.

Also, we filmed it with a hand-held camera in order to give the film the necessary realism. It was important to me to strike a balance between the fantasy genre and realism. I wanted the audience not to be able to sit back, but to give the impression that this story is actually happening now.

There are moments when a film exists beyond plot, narrative and character, where for example the camera pans without an emphasis on dialogue or action. It is in these simple contemplative moments that we connect with a film on an intimate and deeper level, such as here in Blue My Mind.

Blue My Mind is told from Mia’s perspective, which means that the audience always knows just as much as the main character does. It was clear to me very early on during the development of the script that the film would have to be like this. It was an intuitive decision and the only dogma of the film. But besides that, I have used all cinematic means, which supported the respective mood or emotion, very freely, in order to touch the audience and take them with me on this journey. 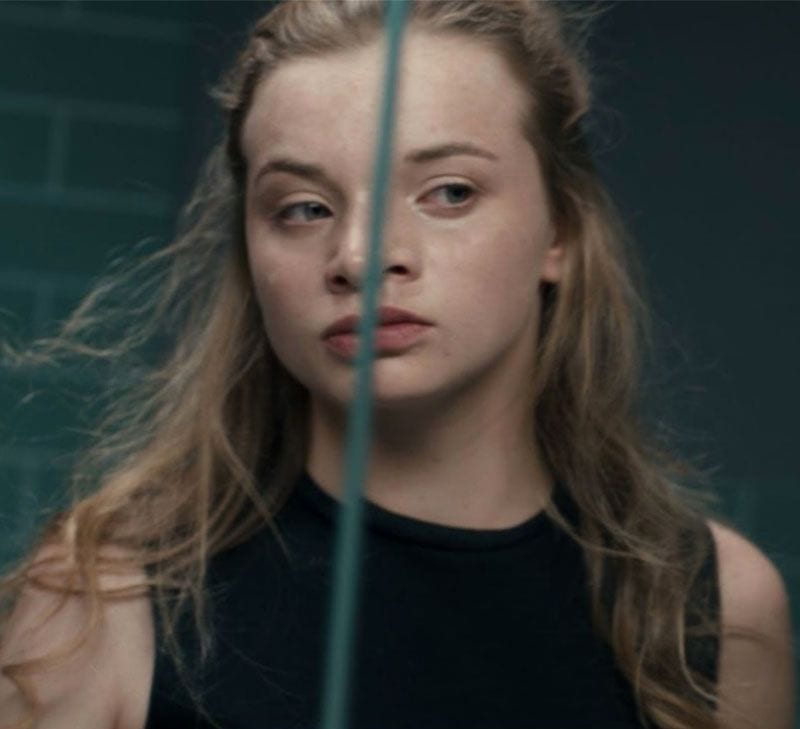 The bond of trust developed between Mia and Gianna is almost a silent natural one, albeit they do confide in one another. This impression of an effortless and silent quality haunts, in a positive way, my memory of the film.

When I started working on the idea, Gianna was a small minor character, the typical bully. Since I wanted to make a story about identity and not so much about love, it was clear that there was no room for romantic love in this movie. Just before I finished the treatment, the scales fell from my eyes – Gianna had to go through a similar development as Mia. So, Gianna became a very important figure.

The skill of the film is in your restraint; presenting themes and ideas rather than lecturing or even over developing these. Instead the film requires the spectator to engage with and to think about the story, themes and ideas occur post-credits to shed light on it.

I don’t like movies that are too moral or didactic because life is not black or white either. A reconciliatory end was important to me because Blue My Mind was also supposed to become a film about liberation. But I didn’t want to explain every detail because otherwise the magic would be lost.

That’s a very philosophical question – who owns a movie? A film is always a means of communication between the world and the director. Even if the film is read in in a different way than the director had primarily intended, it is still a valid reading. So yes, the movie belongs to the audience. 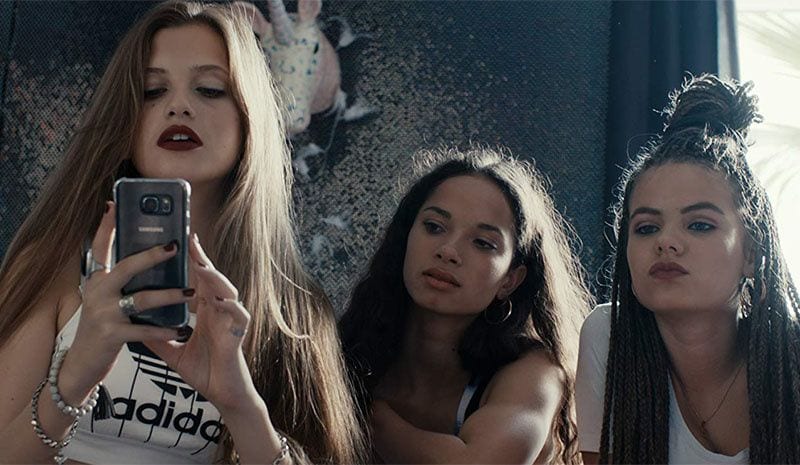 Interviewing filmmaker Christoph Behl he remarked to me: “You are evolving, and after the film, you are not the same person as you were before.” Do you perceive there to be a transformative aspect to the creative process and should the experience of watching a film offer the audience a transformative experience?

Yes, I think so. There are films that come into your life at the right time and change your life. But that is very individual and we don’t always continue to evolve? For me, a movie is good if it touches me or makes me laugh. But of course, as a filmmaker, you spend a lot of time on a topic for a couple of years. You dive into a world and when you come back, in the best case, you have become a little bit wiser.

Interviewing Larry Fessenden recently he spoke of how a film is abandoned. Would you agree that by a certain point you must accept the film you have and send it out into the world?

You have to fight for the movie until it comes as close as possible to the vision you originally had. In the best case, a pinch of magic is added and the movie gets even better, grows beyond itself and hits the nerve of the time. You can not plan something like that, but it happens.

The Canadian premiere of Blue My Mind screens at Fantasia Festival 2018 in the Camera Lucida category on Thursday 19 July and Wednesday 25 July.