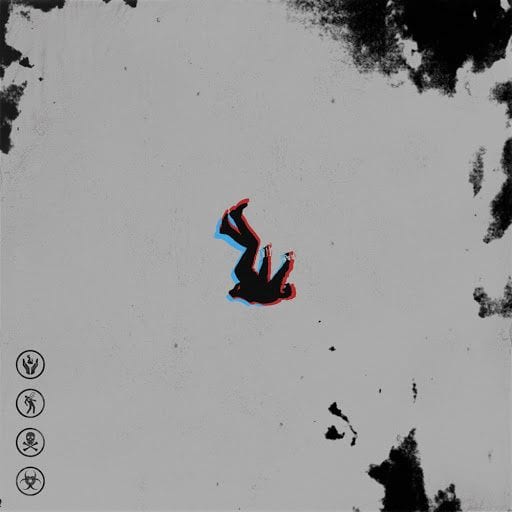 Armed with this tried-and-true style, Howie and Vallance think bigger on EP Desire, a set of six continuously-mixed tracks that contemplate the inescapable perils of modern longing over slick club beats. The production is exceptional, its classic trance rhythms crafted with a sense of multidimensionality, a full atmosphere from bass-end depths to the occasional addition of soaring, symphonic violins. It’s easy to imagine a sweaty, neon-lit crowd dancing to Desire from start to finish in a more medically normal year, which makes taking apart the sounds here even more interesting.

There are, after all, more than just straightforward dance beats here. Opening track “Love We Found” starts with sparse piano chords and plaintive lyrics, echoing together in negative space: “And after all / This love we found / Will you be around?” Soon enough, the beats kick in, first metallic and then tightly electronic. Interlaced, keys, and vocals continue to emerge with an ethereal languor, underscoring the duo’s ability to weave clear-cut ballads and cold beats together into dance tracks in a way that feels seamless – and doesn’t feel like a remix.

The pace picks up all around on “The Blame”, a song whose purpose is largely to build momentum. It does this well, energy spiraling higher and higher until its final beats carry its audience into the centerpiece: “Desire”, a collaboration between Bob Moses and Grammy-nominated producer ZHU. It’s the album’s obvious climax, a colossal encounter with different rhythms on all sides and airy string samples that all echo together with verses and chorus (“I don’t want your desire / I just want to be free”) to establish a spacious, open soundscape that perfectly encapsulates the album’s underlying need for escape. It grows and builds, surface tension mounting, until finally, it bursts into the album’s three-track denouement.

“Hold Me Up” feels joyful, hints of house music in the rhythmic and melodic fireworks. The album’s shortest track, it is nonetheless one of its most exciting, a gleeful start to an extended release. Keeping energy high but returning to minor scales, “Outlier” ends with a breakdown of beats that levels out into sublime “Ordinary Day”. Angelic synths and high notes glide over cosmic guitars. Though this is yet another song dwelling on the dark side of wanting more, it’s melodically soothing, and lyrics like “everybody hurts the same” are, in their way, warmly unifying.

Thirty minutes is a satisfying length, and the duo does a good job of mixing up their signature sound with ZHU entering at the right moment. “Hold Me Up” is vital in offering us a break from the non-stop angst, which, while an important part of the Bob Moses aesthetic, gets a little tiring by halfway through the album. Overall, Desire is a successful expansion of Bob Moses’ previous standard pop album format into the more grandiose club mix format, one that hints at further creative developments in the group’s future.