It’s the last weekend of summer, but the season closes in style in California as Bob Weir and Wolf Bros embark on a four-night run across the Golden State. The trio featuring the youngest member of the Grateful Dead (still going strong in his early 70s) hit San Diego and Ventura first, then headed north for a Saturday night blowout in Napa followed by a Sunday fun day set to close out the Santa Cruz Mountain Sol Festival on September 22.

The Deadheads are out in force on Saturday night in Napa at the Oxbow RiverStage, a new venue hosting just its second performance. Many fans have made the trip out from the Bay Area, with regulars from Weir’s Sweetwater Music Hall in Mill Valley and Phil Lesh’s Terrapin Crossroads in San Rafael sighted throughout the audience. Weir could easily be chilling at home after another big summer tour with Dead & Company, but the man who has spent more time on stage in his life then probably anyone else alive still lives for playing in the band.

The weather is perfect, with the warm sun still shining as showtime nears if only the beer selection were the same. Sure Napa is known as wine country, but the rock ‘n’ roll crowd needs cold beer for summertime shows. The Bottlerock Napa Valley Festival knows this well, serving up a diverse craft beer bar every Memorial Day weekend. Yet here, patrons are offered a disappointingly limited choice of Heineken, Corona, and Lagunitas IPA.

The sound is much better, however, clear and crisp from the start as the Wolf Bros launch the show with the classic “Jack Straw”. Staple covers of Johnny Cash’s “Big River” and Bob Dylan’s “Queen Jane Approximately” sound great during the Napa twilight, as Weir leads the trio in exploring the artful songcraft of the influential music legends. Some persnickety critics don’t seem to get what Weir and his Wolf Bros are going for here, often complaining on social media that songs are played too slow or that Weir shouldn’t try to play lead guitar. But these critics miss the forest for the trees. 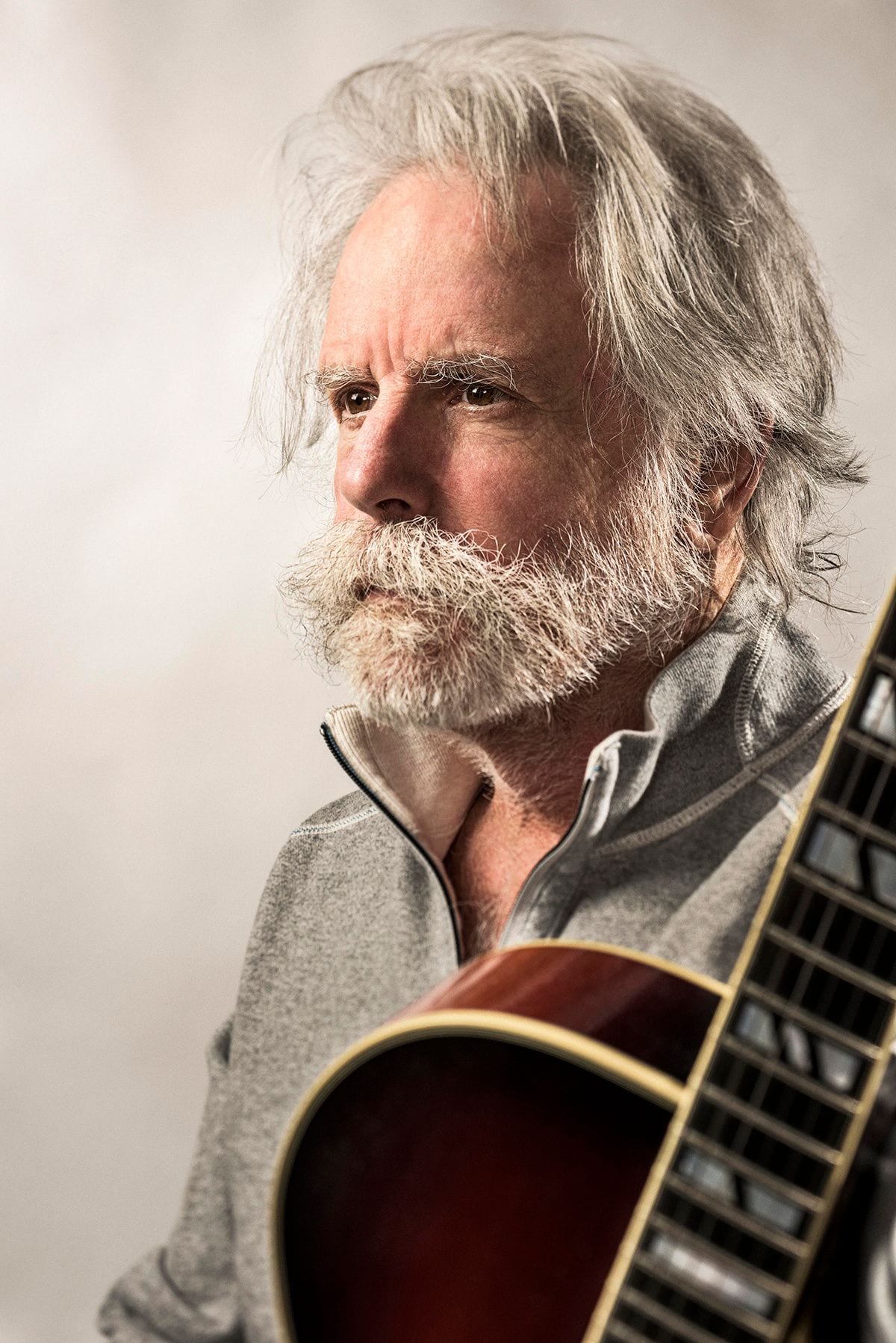 Bassist Don Was and drummer Jay Lane are superb tone scientists who have quickly developed strong chemistry playing together over the past year. And Weir isn’t soloing so much as he is using the space of the trio format to extend his unique rhythm guitar stylings by mixing in melody lines that let the songs breathe refreshingly. The Wolf Bros explore a bluesy, jazzy sonic landscape that enables Weir to shine like a timeless troubadour while exploring these classic tunes in a fresh light. It doesn’t necessarily work on every song every time, but when the vibes click, the magic is very much still there.

The Wolf Bros formula works like a charm as the first set comes to a soaring conclusion with “Weather Report Suite>Let It Grow”, one of Weir’s most ambitious compositions. Here the trio delivers a majestic sonic journey that peaks with some vibrant jamming on the “Let It Grow” outro.

“This is the greatest thing I’ve ever been involved in. I feel like I was born to do this. I wish it could go on forever,” Was confided to GQ for their profile on Weir earlier this year.

“I’m looking for the most possible harmonic content from the string,” Weir told GQ about his current approach. “To get that, you have to be able to hang a note and let it change colors for you because it will if you let it.”

The second set opens with Weir’s shimmering arrangement of “Me and Bobby McGee”, a tune he sang with the Dead in the early 1970s before it was shelved for decades. It’s become a true gem in the Wolf Bros repertoire, as Weir provides sparkling guitar stylings and heartfelt vocals that make the classic tune soar once more. An artful exploration of “He’s Gone” gives way to a majestic take on the Beatles’ “Tomorrow Never Knows”, igniting the Napa night with the timeless psychedelic magic that helped catalyze the American rock n’ roll counterculture. 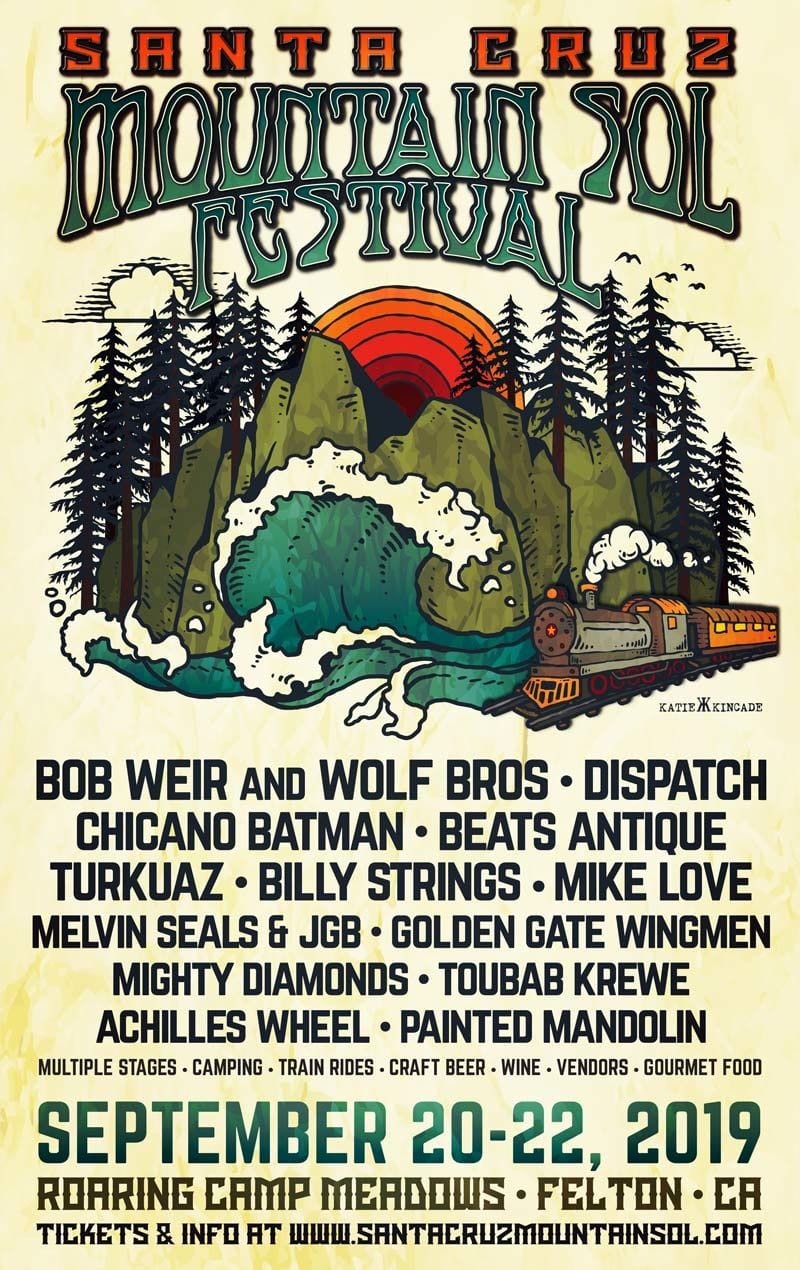 “The Beatles were why we turned from a jug band into a rock and roll band,” Weir once reportedly said, describing a pivotal moment in the evolution of rock history.

The dazzling melodies conjure elated shouts of joy from the audience on multiple occasions, with the jam then segueing into the Dead’s “Estimated Prophet” as the trio doubles down on the psychedelia. If you’ve been going through some personal frustration yet still feel you’re on the verge of great things, this combo is like the Wolf Bros reading your soul. Weir propels a gloriously extended jam here with his inventive melodic playing, again blending chords with melodic accents for a panorama of sonic colors as the trio delivers a magic carpet ride for those who can bend their ear to hear the tune.

The jam ultimately moves into Weir’s proto-psych rock classic “The Other One”, the historical tale of his evolution in the 1960s involving a ride on Neal Cassady’s bus and getting busted for smiling on a cloudy day after a water balloon incident with a San Francisco cop. A balladic breather on “Days Between” prefaces a rousing finish with a “Casey Jones” set closer and “One More Saturday Night” encore”, as Weir sings of humanity’s origins. “Then God way up in heaven, for whatever it was worth, Thought He’d have a big old party, thought He’d call it planet Earth.”

It’s been a great party here in Napa, yet fans have a chance to double down by making the journey about two hours drive south where Sunday fun day awaits as Weir and Wolf Bros are set to headline the last day of the Santa Cruz Mountain Sol Festival in Felton.

Wolf Bro Jay Lane pulls admirable double duty here, playing a 2:00 pm set as a member of the Golden Gate Wingmen. The spirit of the Dead is strong with this quartet featuring John Kadlecik on guitar (who played with Weir and Lesh in Furthur for four years), Jeff Chimenti on keys (a current member of Dead & Company and a Weir cohort for the better part of two decades) and Reed Mathis on bass (who has toured with Mickey Hart.)

The Golden Gate Wingmen’s set steams toward a big finish with a vibrant take on the Dead’s classic “Help on the Way”, one of those special songs where you can just feel the spirit of Jerry Garcia and recently departed lyricist Robert Hunter in the air (especially on a sunny day in the Santa Cruz mountains like this one.) But Kadlecik plays a delightful trick card when he takes the “Slipknot” jam into John Lennon’s “Nobody Told Me”, rather than the Dead’s typical “Franklin’s Tower” pairing. The summer of 2019 has been a time of “strange days indeed”, with Kadlecik adding some crowd-pleasing local flavor when he ad-libs, “There’s UFOs over Felton and I ain’t too surprised…” There’s one more big treat as Bob Weir joins the quartet on guitar and lead vocal for a climactic “Terrapin Station”, helping the Wingmen close the set with a majestic blast of inspiration.

Bluegrass phenom Billy Strings delivers an entertaining set in the 3 o’clock hour on the second stage, before Bob Weir and Wolf Bros return to the main stage to close out the festival. The audience here seems a little more diverse than the previous night in Napa, with a wide range of fans from grey-haired old-timers to kids who look like they could be current students at the University of California at Santa Cruz.

Weir and Wolf Bros are in fine form on the final date of their four-show run, opening with a high energy combo of “Not Fade Away” into “Bertha”. Lane puts a pep in everyone’s step with a snappy beat on “Bertha” as Weir delivers a heartfelt vocal on a tune that always seems to foreshadow a strong show. “Peggy-O” and Dylan’s “She Belongs to Me” find Weir continuing to deliver exquisite sonic colors before the set really ramps up with a rocking combo of “Samson and Delilah” and “Eyes of the World”.

The trio gets into a deeply groovy exploration on “Eyes”, where the Wolf Bros chemistry gels in a compelling fashion. Lane and Was conjure an extended free-flowing groove that finds the audience getting down on the good foot on the timeless summer jam, while Weir takes delight exploring the song’s uplifting harmonic landscape. When the trio carries that energy into a funky jam on “Shakedown Street”, it becomes clear that this will be one long festival set with no break, and the vibe grows higher still. “Standing on the Moon” fills the ballad slot in ever poignant fashion, as the Garca/Hunter lament for a potential nuclear apocalypse rings ever true with the Trump regime cranking up America’s nuclear arsenal amidst a reckless new Cold War.

The classic “China Cat Sunflower>I Know You Rider” combo brings the set to a fantastic finish with the trio firing on all cylinders for a big dance party. In the end, it’s clear to see that there’s something about this trio format that highlights the vibrant harmonics that make these songs such timeless classics. It’s clear to see that both the band and the audience are having a blast exploring Grateful Dead music in this unique way that is both fresh and retro at the same time.