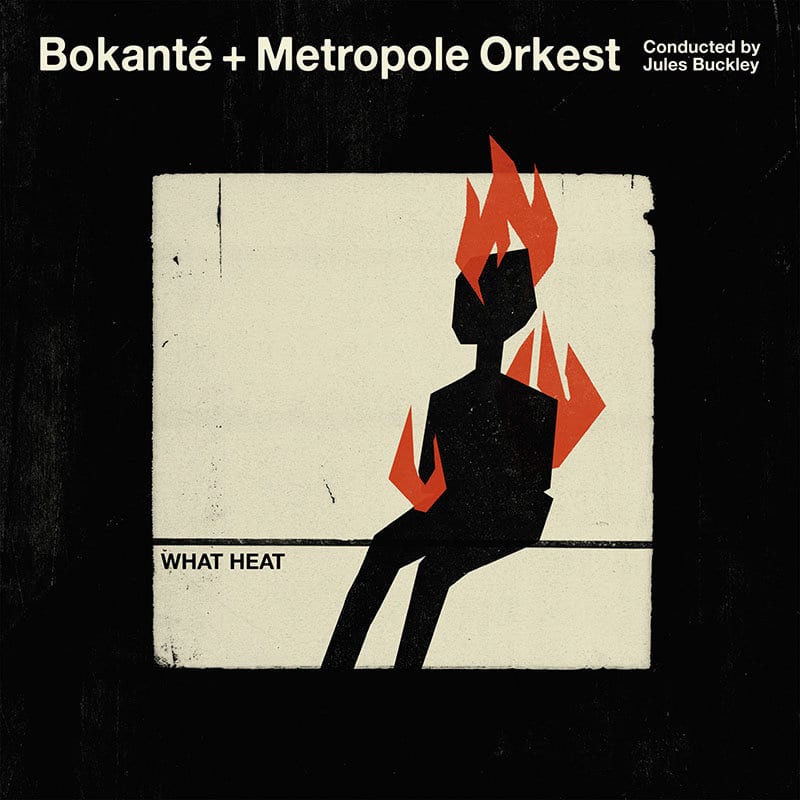 When Bokanté released their debut album Strange Circles last year, it was unlike anything else. Conceptualized by Snarky Puppy founder Michael League, the project includes former Väsen drummer André Ferrari, Guadeloupian singer Malika Tirolien, Snarky Puppy percussionist Keita Ogawa, and a long list of other artists. The music that the group made on Strange Circles drew from different continents and genres to make a hard-edged kind of global rock. It was nothing less than groundbreaking in its creativity.

Bokanté could have easily been a one-time project and Strange Circles a monolith, with a legacy crystallized. Instead, improbably enough, the group scaled up for sophomore album What Heat. Recorded in tandem with the Netherlands-based Metropole Orkest and its conductor, Jules Buckley, the album shows Bokanté widen its already impressive scope. In many ways, What Heat builds on Strange Circles – in heart, in musicianship, in melody – but in even more, it diverges.

What Heat has an epic quality to it. Half of the tracks break the seven-minute mark; none fall below five. The Orkest’s sweeping accompaniments make every song a miniature suite with long, richly textured instrumental breaks. Hefty lyrical themes include the deadly travails of forced migration (“Bòd Lanmè Pa Lwen”), rights and equality for members of the African diaspora (“Réparasyons”) and women (“Fanm”), and even a possible future in which a leader simply called “Donny” is thrown out into the streets and the world works to repair the damage he has done (“Don’t Do It”). What Heat is an album that could just as easily be a masterpiece of socially relevant modern dance as a sophomore record.

There are fewer songs that truly stick to the mind here than on the group’s first record. Opening track and first single “All The Way Home” is the album’s chief earworm, a droning oud leading into Tirolien’s message of resistance (“You thought you could do as you liked / And force the people to comply / You thought they would do as you say / But too many resisted,” read the translated lyrics), sloping strings, and heavy percussion. The oud stands as an element to cling to throughout the song as the melody takes unexpected turns, eventually rising upward with the help of melancholy guitar twang and soaring violin. “Fanm” employs even more percussion for a more upbeat standout – this is a track with serious dance grooves.

Moving forward, the hallmark of What Heat is its symphonic quality and Bokanté’s ability to emote even through such instrumental structure as the Orkest’s. Certainly, there are times when the Orkest’s parts seem overwrought – “Don’t Do It” could easily have been played as a straight Bokanté track – but there are also times when the combination is sensational. Never is the meeting of music more sublime than on “Bòd Lanmè Pa Lwen”, a song poignant even before a textual reading. Shades of the Louisiana bayou color the guitars here, but low strings bring in the sense of dark waters necessary to add gravitas to the song’s urgent second half, where percussion, horns, strings, and voice hit at a running pace, often in unison. Ending track “La Maison En Feu”, a final scathing tribute to anonymous destructive leaders (“He’s the son of fear and terror / The three together cause nothing but pain / Without regret”) is another perfect mix, the Orkest embellishing and pleading without dominating the main group.

Bokanté and the Metropole Orkest are not groups that need each other for credibility. Both have established themselves well as out-of-the-box ensembles in markets that often reward homogeneity, Bokanté having done so with only one album to its name. On What Heat, though, Bokanté proves that not only does it know how to thrive as a unit, it knows how to collaborate with grace to make something more than the sum of its parts. What Heat may not have been what Bokanté’s enthralled audience expected, but, like Strange Circles, it shows a fondness for the novel and a willingness to always reach for something greater.