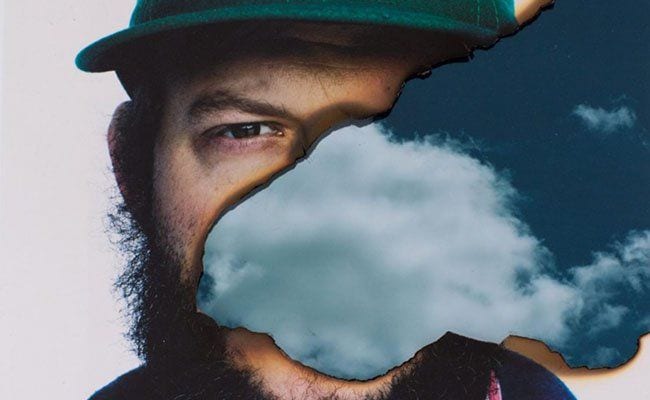 In an essay accompanying the announcement of Bon Iver’s first album since 2011, Justin Vernon’s friend Trever Hagen describes 22, A Million as “part love letter, part final resting place of two decades of searching for self-understanding like a religion.” He goes on to explain that the major stylistic shift on the album serves not just as a stage in the group’s musical evolution, but as a resolution to Vernon’s nostalgic inner saboteur. It is, according to Hagen, a reconciliation with music as a vehicle for understanding oneself and others.

The first thing listeners will notice, however, is not necessarily the subtle shifts in intention and lyrical focus, but rather the dramatic diversion from the ear-wormy, acoustic ballads of old Bon Iver. 22, A Million is loaded with classic soul samples, avant-garde jazz flourishes, electronic accents, and even something that sounds like record scratching. Most of the songs have surprising and unpredictable melodies or fluid, modulating tempos that keep them from feeling too familiar too quickly. Where “Skinny Love” was instantly hummable, “____45_____” refuses to settle into any kind of pattern, jumping between tuneless woodwinds and haphazard vocals. It’s a jarring and unexpected move, but all of it’s layered complexity at least turns heads and demands further attention.

“Old” Bon Iver moments still persist in the pleasant falsetto melody of “33 ‘GOD’” and the slow, campfire-style acoustic guitar on “29 #Strafford APTS”. But those elements sound as though they exist only to provide stark contrast when the tracks take sharp turns to new destinations. The group almost lulls the listener into a false sense of security only to toss in a deep, warbling synth bass and cut the momentum at it’s crescendo. Or, like on “____45_____” the introduction of a familiar banjo late in the song grounds the song as if to reassure fans that the differences, though many, are all connected to the music as a whole.

22, A Million also incorporates strange and cryptic imagery and numerology in its titles and lyrics. The numbers are used in metatextual ways like the song “33 ‘GOD’” being three minutes and 33 seconds long, or the final track, “00000 Million” reads as 1,000,000 when shown with the track number, 10, in front of it. According to Hagen’s essay, the number 22 holds special weight to Vernon and represents him and his own duality. The numbers throughout the lyrics and the titles hold similar weight in his personal life and in his relationship with religion like “715 – CRΣΣKS” which references a Wisconsin area code. The lyrics follow the trend combining the mystical with the physical and the scientific with the religious. The duality is present on all sides as Vernon’s voice shifts between various timbres. He struggles lyrically along with the instrumentals to reconcile everything into one.

The album’s interconnected ideas and strict, meta, organization may actually be it’s largest failure. The ideas and sounds in each song often don’t feel like they flow into each other naturally. “666 ʇ” ends abruptly and aside from the religious counterpoint, “21 M♢♢N WATER” shifts the tone so dramatically that it halts the album’s momentum. The same is true for “10 d E A T h b R E a s T ⚄ ⚄” and it’s pounding drums that pull the listener too quickly out of the reverie of the album’s opener. “8 (circle)” suffers because the album required that it be the eighth track, but in that position it feels like a non-sequitur. Forcing the ideas to exist in a preordained order or structure leads to an unfocused album experience that would function almost as well on shuffle.

Hagen in his essay defines music as “a buoyant substance that we grab onto when the water rises above our heads”. With this album, Justin Vernon and Bon Iver have made an attempt at rebuilding their little boat into a massive, complicated, and intensely modern ship. After years of seeking, it seems that Vernon has some kind of resolution for the listeners. He has the blueprints for a successful vessel. The plans may be incomplete, the hull might have a few cracks, but it floats and it has a heading. Where that is, maybe no one, not even Vernon, knows for sure, but it’s nice to see the band is still afloat.