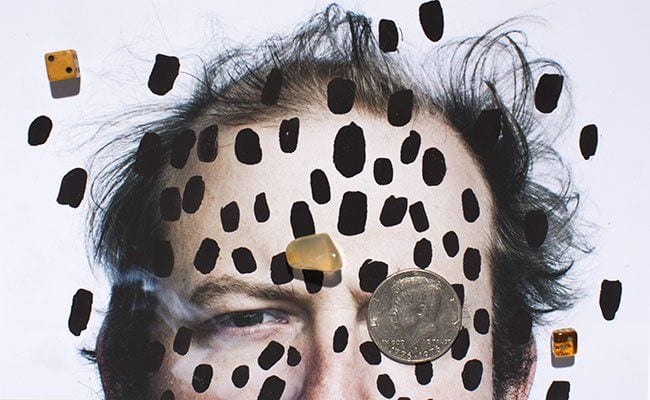 Justin Vernon’s entire career has been defined by a love-hate grapple with accessibility. He has always appeared uncomfortable with the exposure his band Bon Iver has gotten, considering how every opportunity he’s had to ride the industry wave has been actively approached, but eventually spit out in spite. His bid to perform at the Grammys was cast aside by claims like “I don’t think they wanted us to play”, and when given the option to embrace the fact that he was once the face of whiskey brand Bushmills, he publicly dismantled it with cries of “it felt sickening after awhile”.

More importantly, Vernon has constantly molded what was once a cabin-ridden, stripped-back folk outlet into a band that exists in their own post-acoustic, celestial headspace. 2011’s self-titled masterpiece pushed boundaries by fiddling with Auto-Tune and abstract instrumentation while remaining conventionally pretty enough to earn marketable recognition. After all, despite all the pop politics and complication, Bon Iver remains one of biggest names in modern indie.

Many indie-crossover careers tend to share an arc, and when you arrive at the destination Bon Iver did during their last tango with success, there tend to be two paths you can take: own your newfound popularity and mold it into the driving force in your art, attempting to blow yourself up even more by magnifying the qualities that helped you crossover, or turn your back on all of it and take a far more insular approach while you redefine your artistry in repulsion to the conventional success you have attained. Perhaps Justin Vernon saw that artists who took the latter approach (Radiohead, Kendrick Lamar, and more recently, Frank Ocean) fared a lot better than those who “sold-out” (the Strokes, the Weeknd, Daft Punk). Or maybe he doesn’t give a flying fuck about that and is simply, as he stated in a recent Guardian interview, not into being famous.

Either way, the intended alienation on his third album, 22, A Million, is something you can smell from miles away. First of all, the titles are almost obnoxious in their attempts to channel a carefully crafted ambivalence (think Aphex Twin). Secondly, at least by Bon Iver’s pristine standards, the production can be fucked up beyond all recognition. 22, A Million’s first two singles were confounding for both reasons. The melody and delivery on “22 (OVER S∞∞N)” is textbook Bon Iver, but everything behind it attempts to shred it apart. The droning loops, the skittering samples, the free-form saxophones, and the fact that the audio dips out multiple times ensures that even if the skeleton is conventional, the skin and muscle most certainly aren’t. You can say the same thing about “10 d E A T h b R E a s T ⚄ ⚄”; the warmth of the vocals is nothing new, but the percussive clusterfuck that goes off around it is nothing short of freakish.

This album is not only a satisfying follow-up to one of the decade’s landmark releases, but also an exciting branch in its own right. However, this is not because Vernon is trying to make strange music. While toying with textures you didn’t see coming, he continues to craft songs so effortlessly majestic and mesmerizing that only the most timid would be repulsed by them on the grounds that they go too far.

That being said, it’s not like the eccentricities are a facade. 22, A Million is a weird album, and that mostly comes to light in moments where traditionally alluring songwriting gets snapped out of its monumental allure. Melodically, “715 – CRΣΣKS” is spectacular, bouncing from segment to segment only to capitalize on the raw splendor of its almost hymn-like demeanor. It just so happens that the whole thing is performed in heavily autotuned a capella, with Vernon’s voice carving a sweet-spot between layered robotics and carnal humanity. The track is brief, but spellbinding. Likewise, with its soft plucks and thick orchestration, “22 #Strafford APTS” is poised to be the record’s most unabashed foray into beauty; that is, until Vernon’s pitched-up falsetto punctures the static and starts breaking off during the song’s third refrain. Moments like this could easily throw you out of the trance, but instead they enhance it, adding yet another dimension to Vernon’s elegance.

Much like the last album, 22, A Million puts a lot of weight on the theatrical. This time around, the drama is a bit heftier and far more industrial. Past releases have swelled up, but when this album grows, the low ends are heavier and the punch is blunter. The crescendos on “33 “GOD”” topple onto the track like fat, euphoric jump scares, bordering on aggressive. Similarly, the refrain on “666 ʇ” takes a chopped-up slice of vocal debris and slides it under intense, rumbling snares. The cores of these songs seem too glamorous to warrant such an onslaught, but when 22, A Million growls, the grace is only emphasized.

Despite all the extremes hinted at on this release, an acute sense of balance stays in tact. The mood, although not quite constant, remains the priority. It’s a bit baffling that the record’s most abstract track (“21 M♢♢N WATER”) transitions so seamlessly into a ballad called “8 (circle)”, which sounds like it could have been on the last album. It’s unpredictable when smudges of brass get replaced by formless banjo on the outwardly experimental “____45_____”, yet the two seem to exist on the same mortal and mechanical wavelength. Even the closer, “00000 Million”, flirts with the tropes of classic country but only partially takes form. A nostalgic Fionn Regan sample is the sole force pushing it onto a concrete path, even though it should also be only part of the track to feel out of place. The sample, which sings, “when the days have no numbers”, also seems to summarize a strand of meaning that weaves its way into the album. After a presentation that almost taunts you with its abstraction, it finally clicks. These numbers and symbols aren’t trying to be spooky. In fact, there is a carefully crafted symbolism that you can read all about if you look it up.

However, Vernon is a rare artist whose substance doesn’t always spring from ambition. No matter how conceptual he gets, the pleasures will always be simple, and despite that fact that 22, A Million verges on crumbling apart multiple times, you will come back to it because the subtle melodies are able to provoke explosive sensations, because the atmosphere, in its brief time span, is encompassing. Every step a songwriter as great as Vernon takes towards alienation is kept grounded by his untouchable talent. I am convinced that he can go way farther than 22, A Million does, and the beauty will stand just as strong.