There’s not much more one can ask from the cinema than a genuine emotional reaction. These days, at the water cooler or in line for coffee, it’s common to informally critique a film by using the crying scale: Were you stoic and composed, or did the film, accompanied by the theater’s generous darkness, bring you to real, cathartic tears? It’s an imperfect mechanism, sure, but a convenient and universal one — and the same method applies to reactions of laughter, fright and disgust. (Consider the reports of angry walkouts that trail film festivals every year.) Bong Joon-ho, a Korean director whose films have amassed popular and critical acclaim throughout the world, has a knack for summoning these telling gut reactions.

Using genre to dictate a tone more than a narrative arc, Bong’s stylistic flourishes render what could be straightforward genre fare into dynamic social criticism. The Host (2006), an exhilarating monster film, is also a biting satire about international relations and the environment. The epic, comic book commercialism of Snowpiercer (2014) also contains, in its very structure, an exploration of social stratification and capitalism.

Parasite (Gisaengchung), Bong’s latest film, shares Snowpiercer‘s socio-political aims, but it’s closer to 2017’s Okja in its zany, symphonic approach. Although its title hints at horror or sci-fi, Parasite is closer to an iteration of the ghost story. It concerns a poor family who, by necessity, deceive and feed off the rich, slowly taking over and inhabiting an expansive mansion as if by spiritual retribution. It also concerns, in its second half, another family whose parasitic cohabitation is much more hauntingly literal.

The poor family at the center of the narrative includes a father, Kim Ki-taek (Song Kang-ho), his wife, Chung-sook (Jang Hye-jin), and their son and daughter, Ki-woo and Ki-jung (Choi Woo-shik and Park So-dam). Ki-taek used to work as a driver and Chung-sook used to be track and field star, but they live together in a dingy semi-basement apartment, constantly looking for work. They get by on their street smarts and devilish wits, and eventually a breakthrough opportunity allows them to go full con.

One day, Ki-woo’s friend recommends him for a job as an English tutor for a rich high school girl (Jung Ji-so). Ki-jung helps him forge college documents to get the gig. After meeting the family at their massive house (designed, we are told repeatedly, by a famous architect) and charming both the girl and her daffy mother (Cho Yeo-jeong), he begins lessons and starts bringing in money for his family.

But Ki-woo’s objective doesn’t stop at making money. The family has a plan, and his deployment is just step one. Soon, the rest of the family seamlessly finagle their way into the mansion — Ki-jung as an art therapist for the family’s troubled young son (Jung Hyun-joon), Ki-taek as a personal driver and Chung-sook as the new housekeeper. (The old housekeeper is ousted in a brutal trick involving peaches — the film’s most ingenious weapon.) In a short time, they create an entire ecosystem of both feeding and leeching, compounded, of course, by the situation’s underlying moral tension. While “right” and “wrong” are left largely up for interpretation, Parasite, boldly and triumphantly posits this ongoing deceit not only as just, but necessary.

The con itself, which constitutes much of the film’s first act, is as entertaining and pulpy as the events from Anthony Minghella’sThe Talented Mr. Ripley, but Parasite‘s remaining minutes institute a much clearer moral conscience than Patricia Highsmith’s novel (or Anthony Minghella’s 1999 film adaptation) ever attempted. Tom Ripley’s murderous actions are meant to conceal the truth of his own latent homosexuality, but the novel and film treatment are more interested in exploring his inner psychology than in making a calculated social critique.

Parasite isn’t so amoral, instead presenting a world where all actions must have consequences under the current economic system. Not only that, but the system is itself a trap, relentlessly pushing the lower classes further and further down into an endless war with one another for a trip to the top. 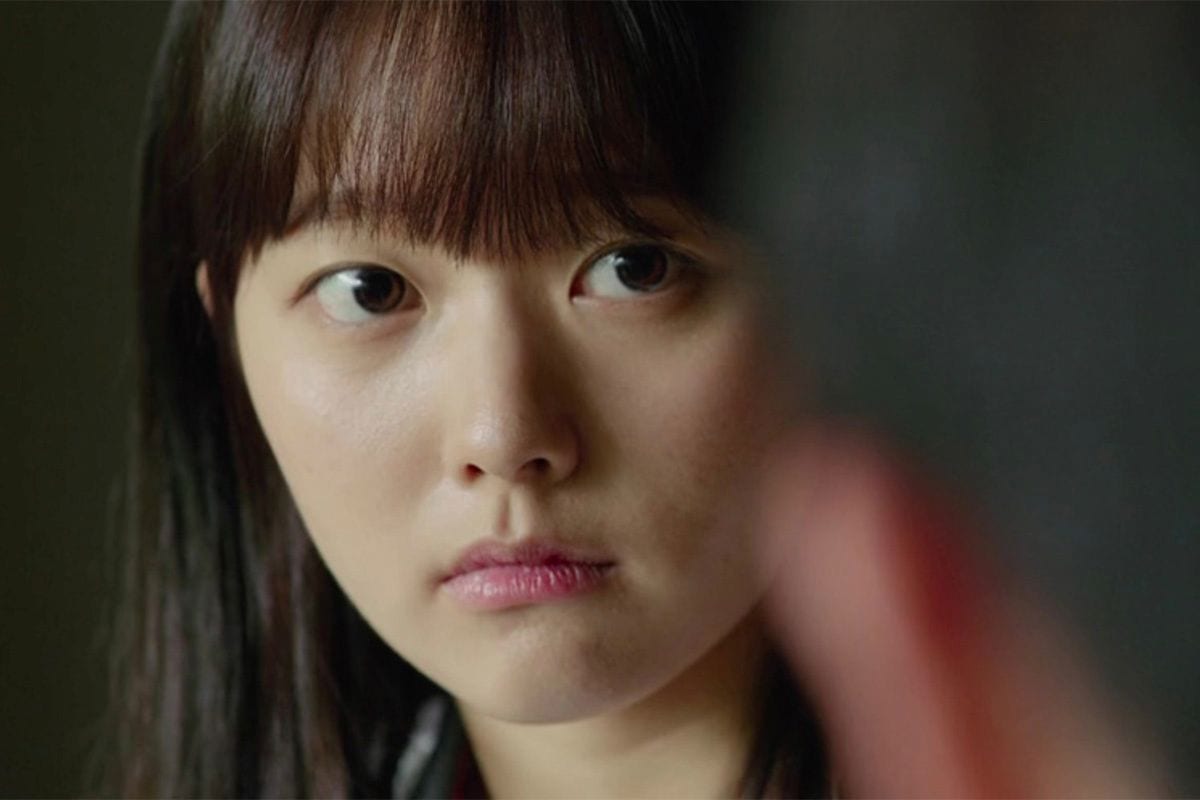 The Kim family’s ruse is threatened, inevitably, when they get too comfortable. One night, after the rich family have left the house for a camping trip, the four of them eat and drink gluttonously in the living room, careless about the mess and dreaming of a better life that lies ahead. Suddenly the buzzer rings, and it’s the former housekeeper (Lee Jung-Eun) hoping to be let in. She left something in the basement, she says, and just needs to quickly pick it up. Chung-sook agrees to let her in, and she goes to the basement to retrieve what she came for.

After she doesn’t come up, the family sneak down and see a ghost, drastically changing the trajectory of the film from then on. The family’s illusion of wealth is shattered, and the war they must wage threatens to land them in even worse condition than they were in before.

The imagery and symbolism, in addition to an impeccably balanced script that reveals new layers with each act, make Parasite a breathtaking film as well as an intelligent one. Cinematographer Hong Kyung-pyo, who also shot Chang-dong Lee’s Burning (2018), gives each scene a rich visual life. The pristine expanse of the mansion contrasts greatly with the Kims’ cluttered apartment. Other tricks, like bird’s eye view and slow motion, add dimension to a few particularly resonant moments.

Then there are the peaches, the Native American toys and clothes (exported from the Unites States), and a scholar’s rock gifted to Ki-woo, which act as the film’s most important symbolic objects. The Native American objects directly involve America in its social critique, using the country’s history of genocide and colonization to invoke systemic violence, but the poetry of the other two objects is harder to parse.

Judging by a recent Polygon interview with Bong, they’re just as likely to be red herrings as they are genuine symbols. He might be hinting at something deeper, but he could just be trolling us as well. hich brings us to one of Bong’s most underrated gifts: humor. Parasite is hilarious, and the humorous setup of the first act contrasts excellently with the horrors of the third. There’s a sort of purposeful unsophistication to the Kims that stands in for every poor family’s reflexive distaste for the pretentious airs of the wealthy, but that nonchalance gives way to desperation once their con is challenged. This duality is Bong synthesized; he’s willing to be silly and use odd comic flourishes, but his films don’t skip over the inescapable hardships of the lower classes in a world that caters to the super rich.

There’s a good chance Parasite will make you laugh and cry, but I’m convinced that it will, at the very least, make you think. Bong, audacious as ever, hopes for all three at once. He’s at the top of his game, making theses out of blockbusters.