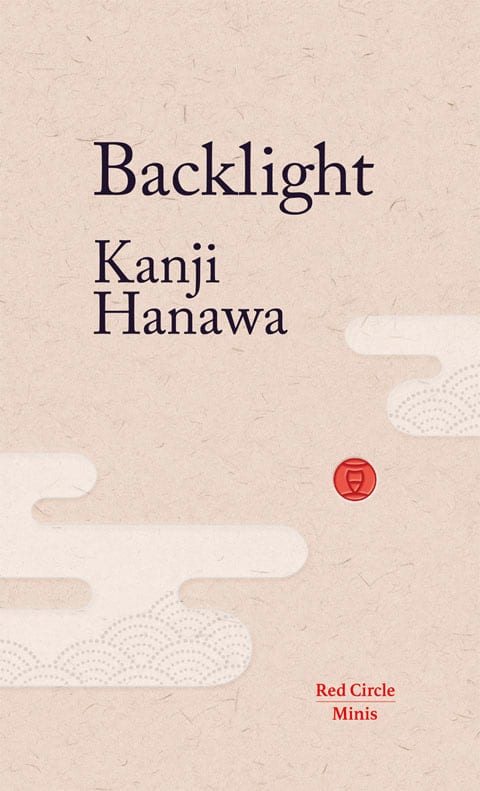 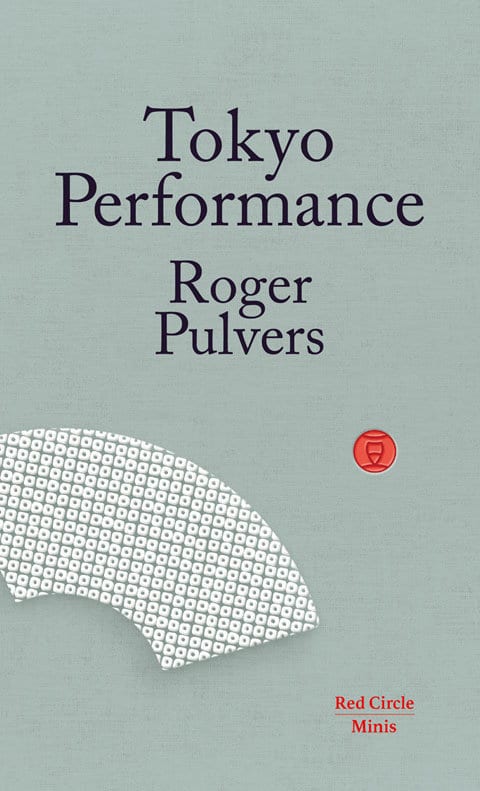 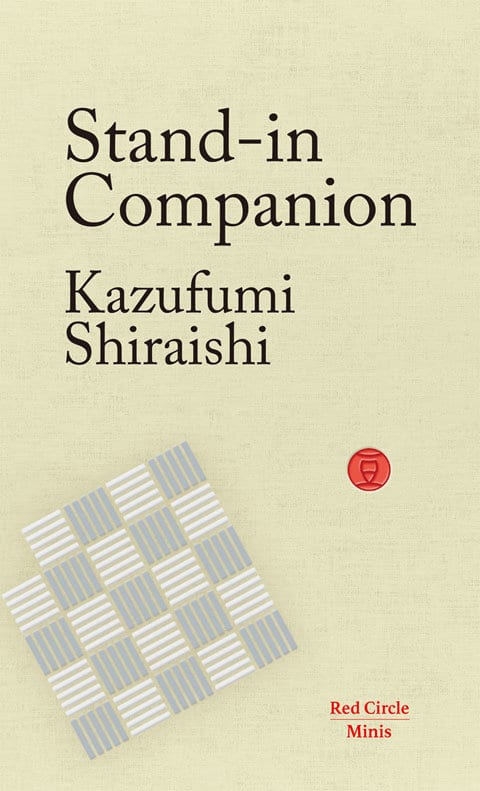 The Japanese book-lover derives an aesthetic pleasure far superior to their western counterparts. I’m not talking – yet – about anything so prosaic as plot, narrative, characterization or any of the other literary elements by which books are commonly judged. No – because before you read the book, you must hold the book.

Every time I return to Japan I’m reminded of the moment I enter a bookstore. I gaze at the sea of compact, gorgeously miniaturized books, and enviously wonder why we North Americans can’t enjoy such sensibly-sized reads.

Why is it that Japanese books are so much more beautiful, so much more compact and neat? I’ve heard it said that it’s to facilitate easy reading on transit, a ubiquitous element of everyday life in the country. But that’s not really an excuse – I routinely had four-hour transits while living in Toronto, and friends who suffered double that. Anyone who lives in New York, Montreal, or any other major cities experiences long commutes. In fact, it does less to explain the difference and more to rub salt in the wound. Why do Japanese get such deliciously slender books to delight in during their daily transit, while I can barely open my North American copy, crammed in for elbow-space on an overcrowded subway or grasping for balance while standing on a streetcar? As an additional benefit, Japanese books are small enough to easily fit in amongst the chips for sale at the little stalls which punctuate every transit stop. I can’t remember ever having an opportunity to book-browse on a transit platform in North America.

The fact is simply this: North American book sizes make no sense. They’re a waste of paper (not to mention shipping costs), and must appeal to those people who buy books to lay on their coffee table and use as decorous paperweights, not to those who actually read them. There’s no reason for the North American book industry to produce such ugly clunkers of books, and if there is I’d love to hear it. The ‘trade paperback’ – whoever invented such an affront to basic aesthetics? Why must I tote around a book the size of a ’90s-era laptop computer, carried in a bag slung over aching shoulders and twisted back, while my friends in Japan can enjoy the same book slipped near weightlessly into their pants pocket?

Even the same book, same publisher, produces different sizes in the two land masses. On more than one occasion I’ve walked through a Japanese bookstore, sorely tempted to re-purchase all new copies of the novels which still sit unread on my shelves back home because the North American editions are too bloated and overweight to fit neatly into any of my shoulder bags.

Oh, the fury I’ve felt, struggling to hold up North American trade paperbacks, with their repellent oversized covers and their inexplicable wastage of paper, knowing that my friends in Japan get to enjoy polite, delightfully compact versions of the exact same book!

Well, all that aside, a new publisher has brought an innovation to the already suave superiority of Japanese miniature book publishing. Red Circle Minis are not about resizing big books into small objects, but rather about celebrating textual brevity in book form itself. Red Circle Minis are deliberately and intentionally small books, really somewhere between short stories and novellas, but each published in its own slender, self-contained edition. Moreover, the recently formed publishing company has an overtly internationalist mission, and although each of its books are written by Japanese-resident authors, they’re being published in English first. Their first three books discussed here offer finely crafted ‘think-pieces’, provocative psychological narratives wherein ideas take precedence over setting.

Backlight, by Kanji Hanawa, is the only one in which culture and geographic context really plays a role. It’s loosely based on true events: in 2016 a seven-year-old boy became lost in the bear-ridden forests of Hokkaido, Japan’s northernmost island, sparking a six-day search which ended in a successful rescue. Hanawa’s tale takes place on the margins of the manhunt. The characters are a team of psychiatrists recruited by the search organisers, in the hope that their knowledge of child psychiatry might contribute to the rescue effort. While rescuers probe the woods by day, the psychiatrists sit around and discuss what might have compelled the child to run off into the woods in the first place, and what the child might be thinking. Their conversations range widely: child psychology; differing treatment of children in Japan and the west; religion; Japanese contact with the west; forest ecology; processes of othering; the local hot springs and tasty varieties of bamboo. Their dense and intelligent conversations – which contribute nothing to finding the child – offer an implicit commentary on the uses and misuses of intellectualism in modern life. A critique not only of the way children are treated in Japanese society, but also of the role of the academic in public society, the disparate conversation topics hint at a profundity all of their own.

The story’s edginess stems from its unique context – the academics blather on dispassionately and in abstract fashion while a child’s life is at stake, fully self-aware of the callousness of their detached and abstract thinking – and the fact that the narrative riffs off of actual events. The story is ultimately about how we see ourselves, and how the sense of self-identity we craft determines the limits of what we see around us. Was it any wonder all those self-conforming searchers took so many days to find an independent-minded child? The lesson resonates with the narrator, who realizes their own identity is built around examining the behaviour of others, and it leaves them disturbingly uncertain of how best to shine that same spotlight back on oneself. It’s a masterful piece of work, and psychological storytelling at its very best.

Tokyo Performance, by Roger Pulvers, tackles performative masculinity, situating gender politics right in the heart of ubiquitous reality television. The protagonist in this case is the host of a popular television cooking show. During the filming of a live episode, he winds up narrating the story of his failed marriage and the loss of custody of his children. He seethes against his wife, but when she takes advantage of a live phone-in segment to call him up, he breaks down and ultimately (so the TV producer who narrates the story tells us) gives up his show and fades into obscurity.

Much of the story is comprised of the chef’s on-air dialogue – the piece sometimes reads more like a dramatic play than a short story – and while it sometimes dips into the didactic and the obvious, it deserves a nod for its ambitious effort. One might be tempted to think the reader is supposed to side sympathetically with the main character, especially after he breaks down and asks to see his children, but the more important point is its indictment of performative masculinity, the façade behind which the chef disguises his failures as a father and husband and his unwillingness to acknowledge his own shortcomings and sexist biases. It would have been nice if the author had given his wife voice and allowed the reader to hear her comments on the phone, rather than simply her former husband’s responses, but to introduce too many characters might also risk the narrative cohesion of a story this short. An ambitious story like this in fact would merit a longer narrative – it’s probably the weakest of the three pieces – but it’s still a well-constructed and laudable effort.

Stand-In Companion by Kazufumi Shiraishi is the best of the three, and the most thought-provoking. It takes place in a near future in which an exploding global population crisis has led to the criminalization of fertility treatment for people who are unable to have children naturally (the political backdrop is the weakest component of this story, reliant as it is on a series of far-fetched and mostly sexist policy developments). However, artificial intelligence has also exploded, and one result of this is that when someone experiences psychological trauma as the result of losing a husband or wife, the government provides a “stand-in companion” – an entirely lifelike android programmed to emulate the deceased person – for a limited time as a way of helping the survivor learn to cope with their loss. The android is programmed to think they’re the real human, however, and only their partner knows the truth.

This contextual backdrop is all a bit far-fetched, even for sci-fi, but the story itself is skillfully constructed. It’s told from the alternating perspective of two members of such a couple; however, it’s unclear who is real and who is the android. As the story shifts between their perspectives, the alternating narrators drop hints that help the reader understand what’s happening, and the role that love, jealousy and forgiveness have all played in imprinting the personalities of the ‘stand-in companion.’ The narrative unfolds brilliantly, and is a master-piece of the short-story form.

The art of the Japanese short story is alive and thriving, and the first three Red Circle Minis offer a fine sampling of what it can offer.