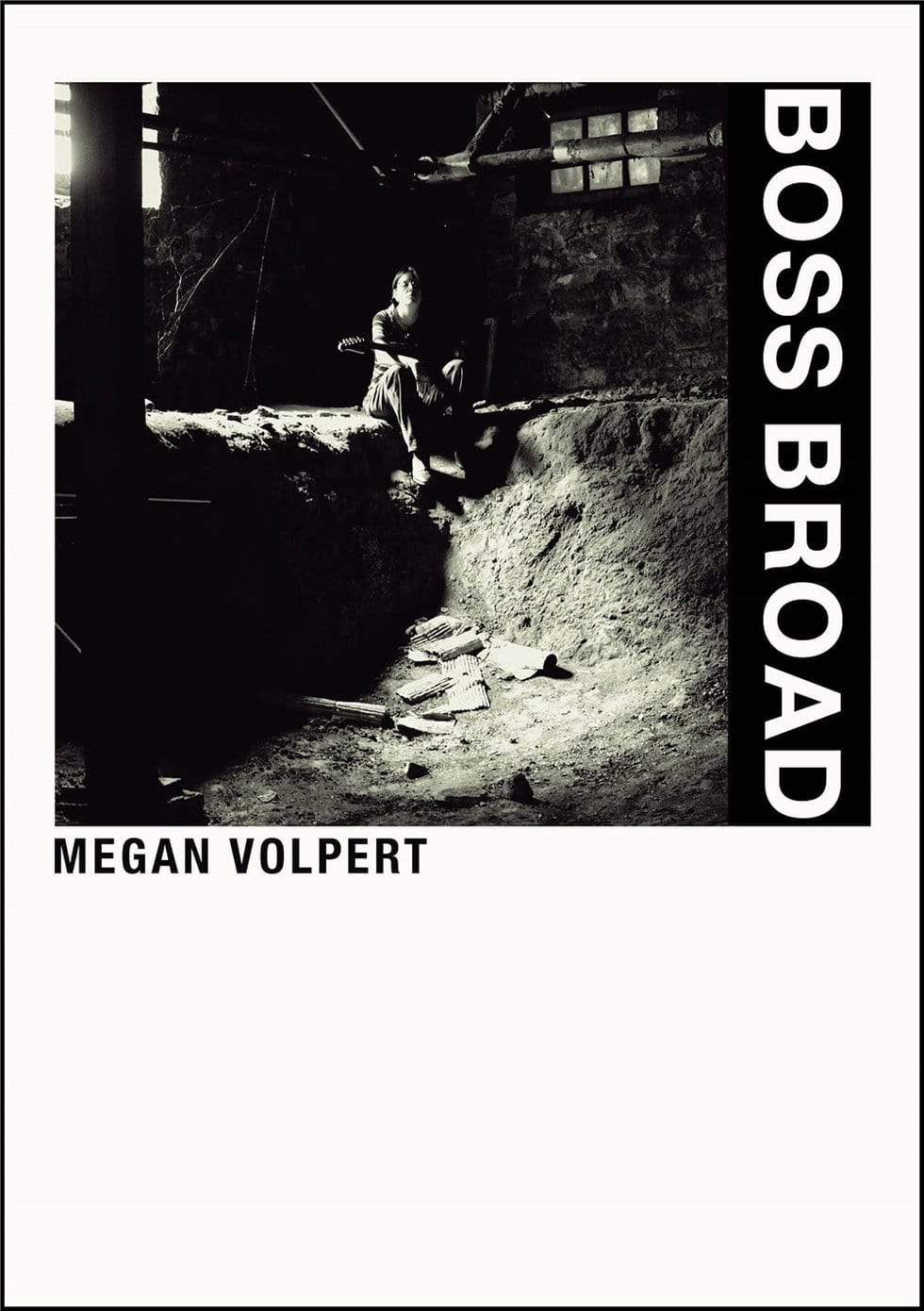 To paraphrase Calvin Coolidge, the chief business of American writers is America; Megan Volpert, author of Boss Broad (Sibling Rivalry Press, 2019) and PopMatters contributor, is no exception. We have heard a lot lately about what makes America “great”. Our Tweeter-in-Chief speaks on the issue in accordance with his current levels of attention span, reducing the worst bastardizations of American exceptionalism down to divisive, white-washed, tribal slogans. Others have responded with a very different interpretation of their nation, though, citing inclusiveness, diversity, and unity as principles representing the best this nation has to offer, both past and present. Volpert locates herself in the latter camp.

Whether sharing a personal anecdote about her friend and fellow teacher, Abby Norman, or assessing the merits of her primary muse, Bruce Springsteen, Volpert is ultimately concerned with what it means—for better or worse—to be an American. As such, Boss Broad could just as well have been called American Broad; her business, clearly, is to support and encourage a broader America than that in which we currently live.

This mission is undertaken by using a broad-based approach that employs multiple forms of expression. Personal memories transition seamlessly into letters and book reviews, each interrupted periodically by personalized rewrites of selected Springsteen songs. The unifying thread running through each of these disparate genres is the constant presence of muses upon which Volpert contemplates her ideal America. And as much as those muses serve as guiding spirits and sources of inspiration, they are not spared the author’s occasional critical censure. Musicians, comedians, writers, politicians, and critics are all put under scrutiny, each appraised in terms of their artistic and personal virtues—or lack thereof. Like Greil Marcus in Mystery Train (Plume, 1975), Volpert’s subjects serve as symbols that lead us into America’s cultural mythology. By airing their voices, a voice is given to all those yearning for “other” Americas.

Springsteen is perhaps not an unlikely myth-symbol to focus on for a writer interested in American culture and character. What is surprising is the methodological approach Volpert uses on her fellow Boss. Instead of a conventional critical analysis, the author instead responds to her muse by rewriting his songs. Fed up with the “sea of girls, babies, darlings and belittling yet affectionate referents” (p.33) that populate Springsteen’s songs, Volpert decides to talk back, maintaining the original rhythms and beats but inserting a new (mostly) female-centered narrative viewpoint and lyrics. She gleefully calls this the act of an “arsonist”, burning down the originals while facilitating ignored and marginalized voices to rise from the ashes.

In some respects, this act is a variation on the “rewrite” tradition that has long existed within folk and blues music, but a hat is also tipped to the “answer” song scuffles that existed around “Annie” in the 1950s and “Roxanne” in the ’80s. Volpert’s justification is closer to the folk/blues legacy, whereby each re-vision adds an additional link to the chain of (un)common connectedness. She explains it as “a form of worship and also of generational knowledge transmission” (p.17). One of her more inventive and audacious rewrites is of “Rosalita (Come Out Tonight)”, which is newly envisioned as a song in which an aging drag queen initiates a younger one.

Volpert’s song recasts reveal the love-irritation relationship she has with her main muse. Besides being delightful deeds of irreverence, they also tell the Boss that his America is too narrow: too male, too white, and too conventionally heterosexual. “Isn’t he supposed to be the voice of the people?” the author implicitly asks. Springsteen gets a slap on the wrist, too, for his dereliction of duty as a public spokesperson, further illustrating that his symbolic significance goes beyond mere music. Many have blamed Hillary Clinton’s loss in the 2016 presidential election on her not showing up to campaign in the rust belt states, but Volpert points the finger squarely at Bruce for not rallying “his people” on her behalf. She is equally “pissed” that her muse canceled his North Carolina gig in protest against that state’s bill dictating which restrooms transgendered people should use. If similarly victimized, she asserts, “I’d have needed to go to a show more than ever” (p.23).

Any deliberation on American values nowadays seems to inevitably draw one into polemic; however, Volpert largely discusses political issues using a small “p”. For her, decency and justice are what matter, not party political or denominational alignments. Yes, gender and sexuality are omnipresent concerns throughout the book, but the author does not necessarily tow a party line, showing more affection for an avowed non-feminist like Chrissie Hynde than celebrated women warriors like Camille Paglia and Kathy Acker. The author obviously admires the rugged individualism and pioneering creativity of all these women, but one senses that she has grown weary of the bludgeoning approach of Paglia and the immaturity of Acker’s libertine lifestyle. Feeling more settled and secure in her mid-30s, Volpert admits to moving into calmer waters of late, such that wild rebellion and reckless combat are increasingly less valued than ethical wit and spiritual sustenance.

These qualities she finds in the critical humorists that serve—like the court jesters of old—as our nation’s truth-tellers and conscience. In Lenny Bruce, George Carlin, and Stephen Colbert, Volpert not only brings up muses to muse upon, but she also finds representatives of candor and courage. In the Catholic Colbert she finds a modern-day Bruce, someone driven to “evangelize” in the name of secular ethics. Scourges of hypocrisy, unchecked power, and greed, these comic dissenters symbolize the kind of America Volpert hopes for, one where politics and religion are instruments used for the common good, not for institutional benefit.

Four bawdy “broads” are also hailed in the book as contemporary comedic forces; one is Volpert’s energetic and eccentric ex-comedian wife, Mindy Friedman, and the others are her wife’s peer Paula Poundstone and the “loud-mouthed women” of Broad City (p.35). Each display the kind of dance-to-your-own-tune autonomy and don’t-give-a-fuck outsider pride that highlight America as the unruly nation it has been and can be, molded and modeled as much in the maverick margins as the mainstream.

At one point Volpert speaks of her critical purpose as finding and communicating “what is at stake” with the artists and art she examines (p.42). In conversing with her myriad muses from modern America, what she finds is love, friendship, intelligence, and authenticity battling for supremacy against selfishness, self-absorption, elitism, and narrow-mindedness. As such, Boss Broad is a classic American story that resonates through both our collective past and present.