If Manchester band, the Elephant Trees, put out a manifesto, it would surely have the word “inclusivity” written in bold, black ink on the front. Since their inception, the band has been trying to improve the gig experience for anyone who has ever felt like an outsider. For those that have ever felt uncomfortable at a gig because of their gender, sexual orientation, or additional physical or mental needs, this was a band to welcome you in and get you moving. Steadily, the group has worked with venues and promoters to encourage greater inclusivity and safer spaces for all, something which is as important to the Elephant Trees as the music. It probably helps that they are also making some of the most thrillingly adventurous music in the UK at the moment.

That’s is abundantly clear from the moment the first track from their debut EP, Monachopsis, “IDKWIWA” pulses through the speakers. As it snakes towards its explosive chorus, it encapsulates in microcosm everything that’s great about the Elephant Trees. That fearless enthusiasm, the upending of genre, and the life-affirming lyrics are all present and correct as they move from brooding synthpop to dynamic, growling alternative rock. At the heart of it, all sit frontwoman Martha Phillip’s lyrics that draw from a deep well of universal human emotions. Monachopsis is the first chapter in what promises to be a bold and fascinating story. Here, Phillips spoke to PopMatters about the EP, their work to make shows more inclusive, and what still needs to change.

For me, it was an album called Rock What You Got by Superchick, a fine example of girl power meets rock and roll. The nine-year-old me was shooketh.

When did you know you wanted to pursue making music as a career?

About the same age really, I was obsessed with music, it just felt like something I had to do forever, when I found it could be a career, I just knew that was for me.

Was it easy for you to let people hear your first compositions?

I wrote my first song when I was about seven. It was basically a rip-off of Girls Aloud and McFly, but at seven, I thought I was a genius and couldn’t help but show people. It was only when I started writing personal songs with actual meaning that I started getting nervous. I would wait a year or two to show anyone, so if they asked any questions like “are you okay?” I could reply, “yeah, that was ages ago, don’t worry.”

Early songs like “90 Degrees” and “Monster” feel like a lifetime ago. How do you think your songwriting has developed since then?

Well, I’m certainly less angry. I wrote “Monster” at 14 when I had absolutely no comprehension of the intense emotions I was feeling. The only way to let it out was words and thrashy guitars like in 90º. I’d like to think understanding myself a little more has given room for more interesting or complex ideas musically, and lyrically it’s not all about being sad anymore. But it is easier to write sad songs.

How is Monachopsis a good representation of what this band is about?

Its definition is a feeling of being out of place. Both Sam and I have felt like weirdos a lot our lives like we don’t fit in, Monachopsis is an embodiment of that.

Musically, what were the touchstones for you on the EP?

A lot of the sounds on the EP seep into each of the tracks, obviously the guitar and vocals, but specific synths intertwine into each other. We like our songs to sound quite different from each other. I think we both get bored easily if something sounds too similar to something else, so trying to balance that with the need for them to tie together has been an interesting project.

Which songs were the easy ones to come together and which were the most frustrating?

“Idiot” was easy. It was pretty much fully formed before we started practicing it and then recording, not much has changed since it’s conception. “IDKWIWA” was a little tougher, it feels like we’ve gone through a thousand versions of that one, and I don’t think any of us thought it would end up sounding like it does on the EP. I find that exciting, though.

What are your hopes for the Monachopsis and its impact on the band?

It would be nice if people liked it, and that it perhaps gives us a leg up on the music scene, I mean we both want a career out of music. But, at the same time, I think we’re both too stubborn to let consumer behavior dictate how we write or how we end up sounding. I suppose I’m saying, love it or leave it, but please love it.

What lessons have you learnt to take into the making of the next EP/album?

The best songs come when you stop thinking about it selling.

How much new material do you have ready to go for your next release?

The folder on my laptop titled “new music ideas” has 24 projects in it, which probably means about 10 of them will be any good, with four ready to go. 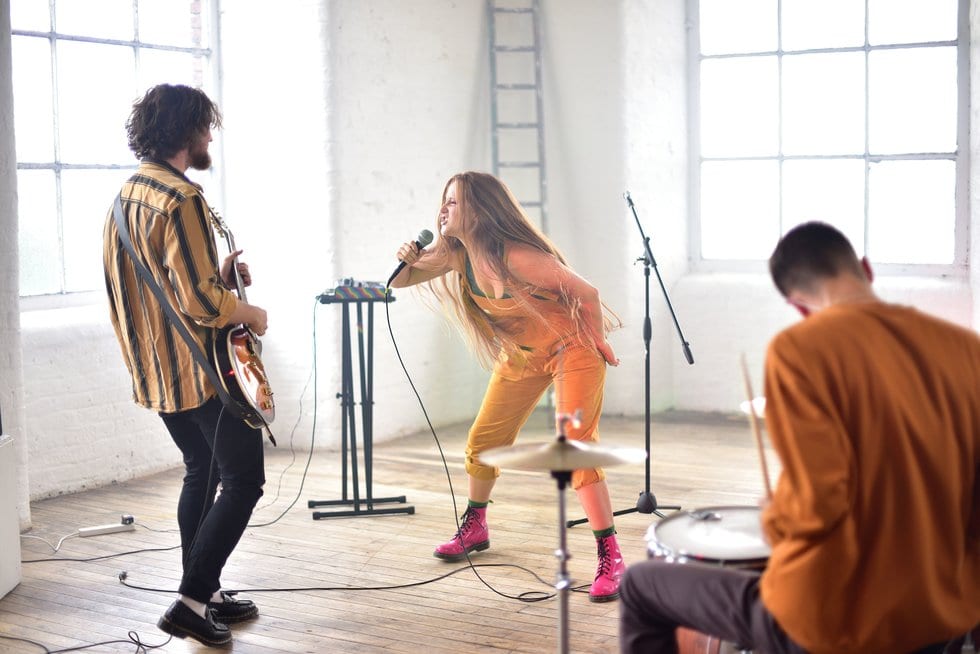 I know you are an advocate of making the gig experience more inclusive. How have you tried to ensure that your shows are safe spaces for everyone?

I think it can be hard for some people to go to gigs that feel isolated. So I guess we are saying come to one of our shows, and we will do our best to make you feel safe. And if you don’t well, that’s okay, because we will have an area you can stand away from the action. Signs at the merch stand will designate where to go.

Our manager usually scans the audience checking everyone’s okay – we had a show at Jimmy’s, and she saw a guy in a wheelchair right at the back. So during the set, she cleared a path so he could get to the front. That’s a unique case, but the team we have around us are conscious of the environment we want to promote at our shows. When you are on stage, sometimes you can’t see anything, so it’s good to know you have people on the floor that care.

What would you like to see improve at gigs?

Disabled access. It’s not just step-free access; it’s a signer at the front. Panic rooms. I would love for these to become common practice and is something we’re hoping to implement on our next tour.

What needs to be done to improve the gig experience for LGBTQ members in particular?

A lot of this comes down to general etiquette, which I’d say humans are getting better at. A start is gender-neutral bathrooms and a zero-tolerance policy for homophobia of any kind. On another level, songs that aren’t just cachet love stories, people love to feel included when they go to a gig and feel like the music is relevant to them. Music is such a powerful tool for social justice. There’s a lot more to talk about than just boy meets girl.

What’s been your most memorable show so far?

Our first ever headline show at the Wardrobe in Leeds. It was mental; we all felt like rock stars.

What’re the best and worst things about being a touring artist?

Seeing new places is awesome and an excuse not to cook for a while. But the travel runs you down. Always keep a flask of honey and lemon to hand.

Have you had any surreal moments in your career to date?

We played the Royal Albert Hall last year. That was surreal. Four thousand people listening to our music, phone torches in the air, it felt like we were flying through space.

What advice would you give someone just starting out?

Find out why you make music. There’s a big difference in approach if it’s for passion rather than money. Not to say either is better than the other. But if you don’t know that, you won’t find the right team around you to make your career.

What advice have you been given by other artists?

Pretty similar, find your voice, find your passion, find out what keeps you passionate about music above all else, and stay with that.

What’s next for you in terms of touring and recording?

The EP is out as I type this, and the tour runs till the 29th of November in Leeds. After that, We’re heading straight into the studio to record our next few singles, which all being well, will come out in time for the next tour in January. Ain’t no rest for the wicked.

Do you think British music is in good health?

It depends on how you look at it. We’ve got Dua Lipa, Ed Sheeran, Harry Styles waving our flag and boosting our economy sure. Audience numbers at grassroots gigs seem to be dwindling. Perhaps the market down here is too saturated, perhaps people don’t care as much until you’re as big as those stars, who knows, but like any industry, there are dips and soars. Big ups to the likes of Bang Bang Romeo, Marsicans, Yonaka, and all of those putting in years worth of work to keep the dream alive for babies like us.

Which British bands/artists would you recommend to our readers?

Who would be your dream collaborator(s) and why?

Parallax Orchestra. I saw Bring Me the Horizon at the Royal Albert Hall playing with Parallax, and it changed my whole perception of music. Metal fused with electronics fused with a full choir and orchestra, the sound was massive and hit my soul in a completely new way.

How do you cope in hot weather? 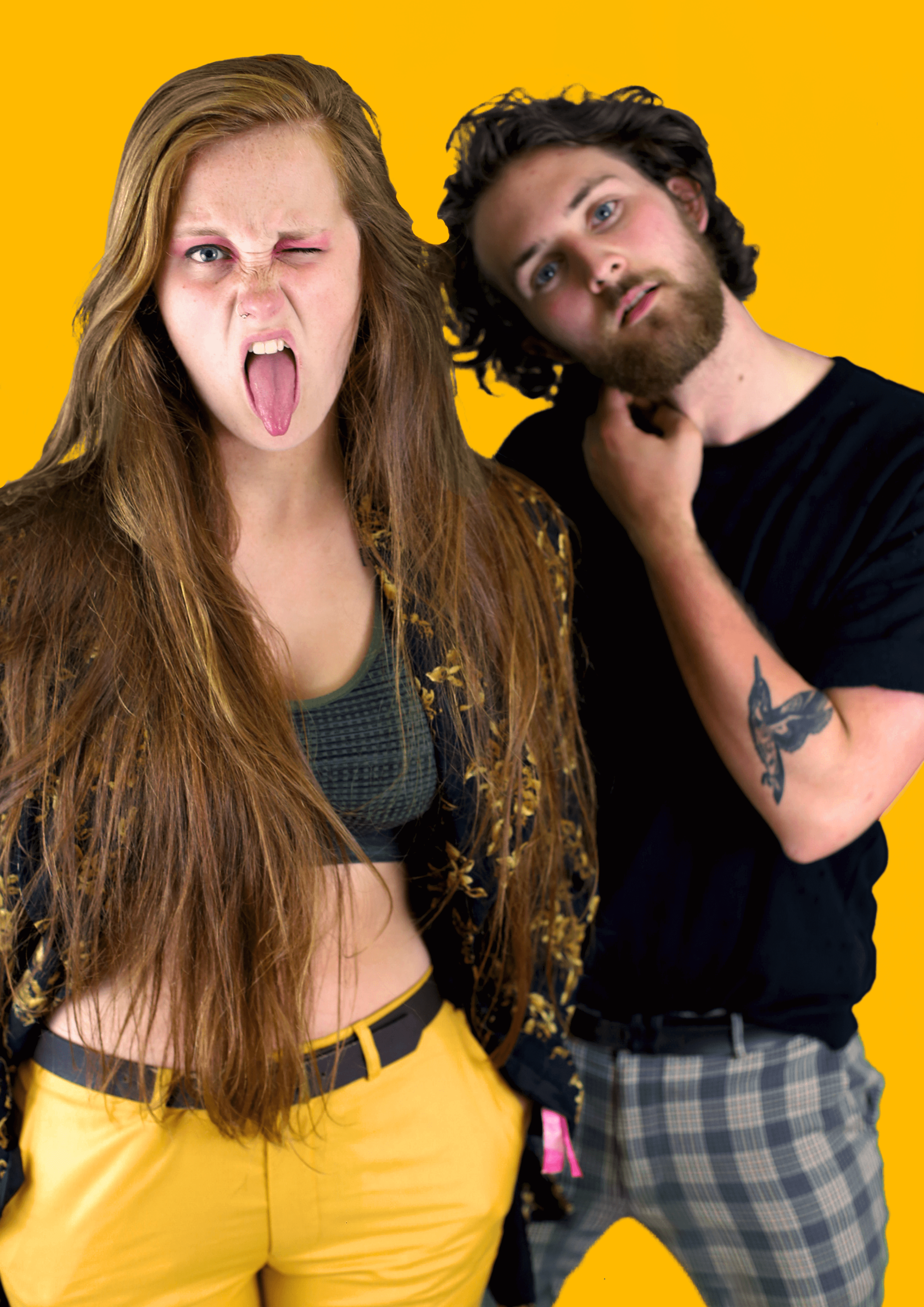