Welcome one and all to a regular feature here at PopMatters.

The idea behind “Brits in Hot Weather” is simple. Every couple of weeks I will give you a run down of five new songs from new-ish artists from the UK. I will cover various styles with all songs and artists carefully selected by me with a little description, some thoughts and maybe some quotes from the artists themselves. It amounts to a pretty decent and thorough introduction to each artist and will hopefully leave you thirsty for more. You might not like everything but I guarantee there will always be at least one track that will float your boat, tickle your cucumber or hump your camel. So without further ado, let’s get stuck in.

You may well already be familiar with Essex born electro-R&B singer Tirzah. Way back in 2013 she released the meticulously minimalistic, blissed out “I’m Not Dancing” which was something of an underground dance hit. New single”Gladly” is the first release to be taken from her forthcoming debut album, Devotions. Along with her musical partner Michachu, she crafts a smooth, sparse slice of contemporary R&B that aims for the heart rather than the feet.

There’s a longing, plaintive quality to the track as she considers the smaller gestures that provide comfort in a relationship. (“But you are taking me away from all this hate/All it takes, all it takes/Is your arms, your smile.”). Throughout, Tirzah chooses to focus on the contentment and sense of ease that goes with being with that special someone but without ever coming across as overly sentimental. It’s a beautifully crafted, tale of love in the modern world and will make you appreciate those cute, subtle gestures in that special someone.

“Gladly” is out now. 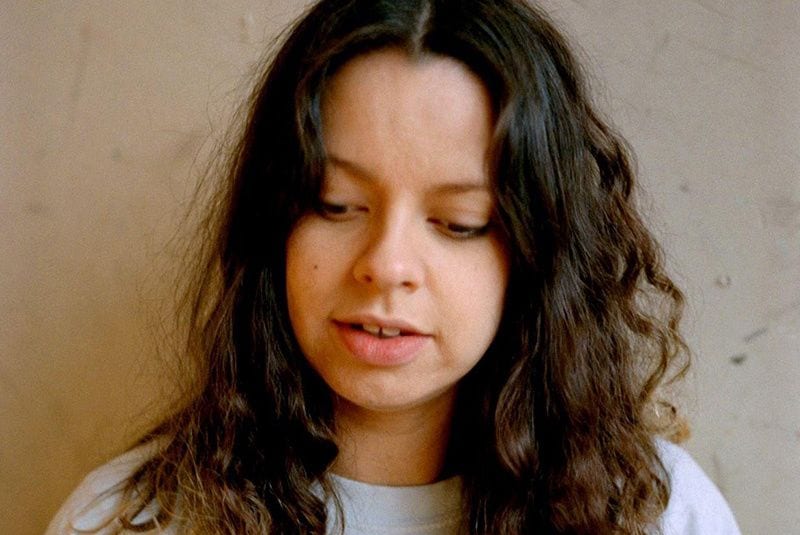 While not essentially a new band, Immersion, consist of Wire frontman Colin Newman and Minimal Compact’s Malka Spigel, with “Microclimate” marking the pairs first release from their forthcoming Sleepless album.

It’s a captivating and wholly unpredictable instrumental. that’s bursting with ideas. Floaty, chiming guitars and full, analogue synth chords are weighed down by rumbling krautrock rhythms. It evokes the twinkling of street lights that swirl and warp as you take a trip through the city at night before the world wakes up. Eventually the buzzing synths signal the end of that momentary thrill of believing you’re the only one awake as the street lights flicker out and morning dawns.

The grand soundscape that the twosome sketch, gradually draws you in on a song that seems to be constantly in motion. It’s a beguiling mix of styles that compliment each other beautifully and bodes well for their new album.

Sleepless is released on 15th June on swim~

The latest 7″ release from the UK four piece is a gloriously scuzzy, alt-rock song full of sleazy glam and smudged makeup. Riding a fuzzy guitar hook the song cruises around the late night bars and stripclubs and takes a peek behind the thick, red curtains. Coupled with a suitably seedy video that places the band members in the red light district, only visible in silhouette and bathed in red light as a seemingly bored glamourous call girl passes the time.

Sorry craft the kind of alternative-indie hooks that would have been all over alternative and even mainstream radio in the mid to late 90s. However, there is a bit more grit in the London based four-somes sound. 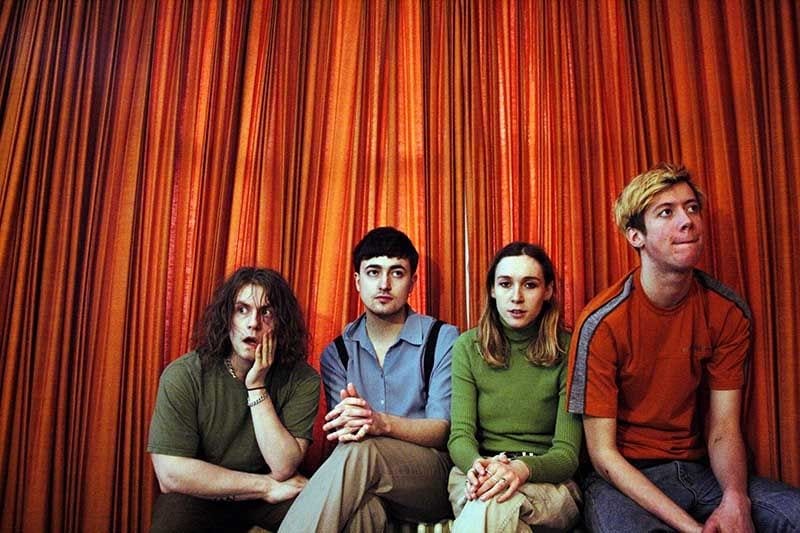 Brighton-based, Thyla sound like a pretty safe-bet to be at the forefront of any new indie revolution. New single, “Blame” edges downwards from the dizzying high of its opening, squalling riff to a chilly, paranoid come down before lighting the touch paper on a riotous mix of dense guitars, rumbling bass and propulsive drums all with a deeply entrenched sense of melody. That said, there is an unpredictableness to the music as if the band are one step away from stopping and throwing their instruments into an industrial compactor.

The volatile nature of the track perfectly suits the subject matter, as the band explain:

“Blame is about the uncharacteristic choices people make when they’re trying to be like someone else, for the sake of someone else, at a cost to themselves. It’s a neurotic frenzy of guitars with self conscious lyrics about the state of paralysis jealousy puts you in; blind anger with no real solution”

It would seem that British guitar music is in pretty rude health at the moment. 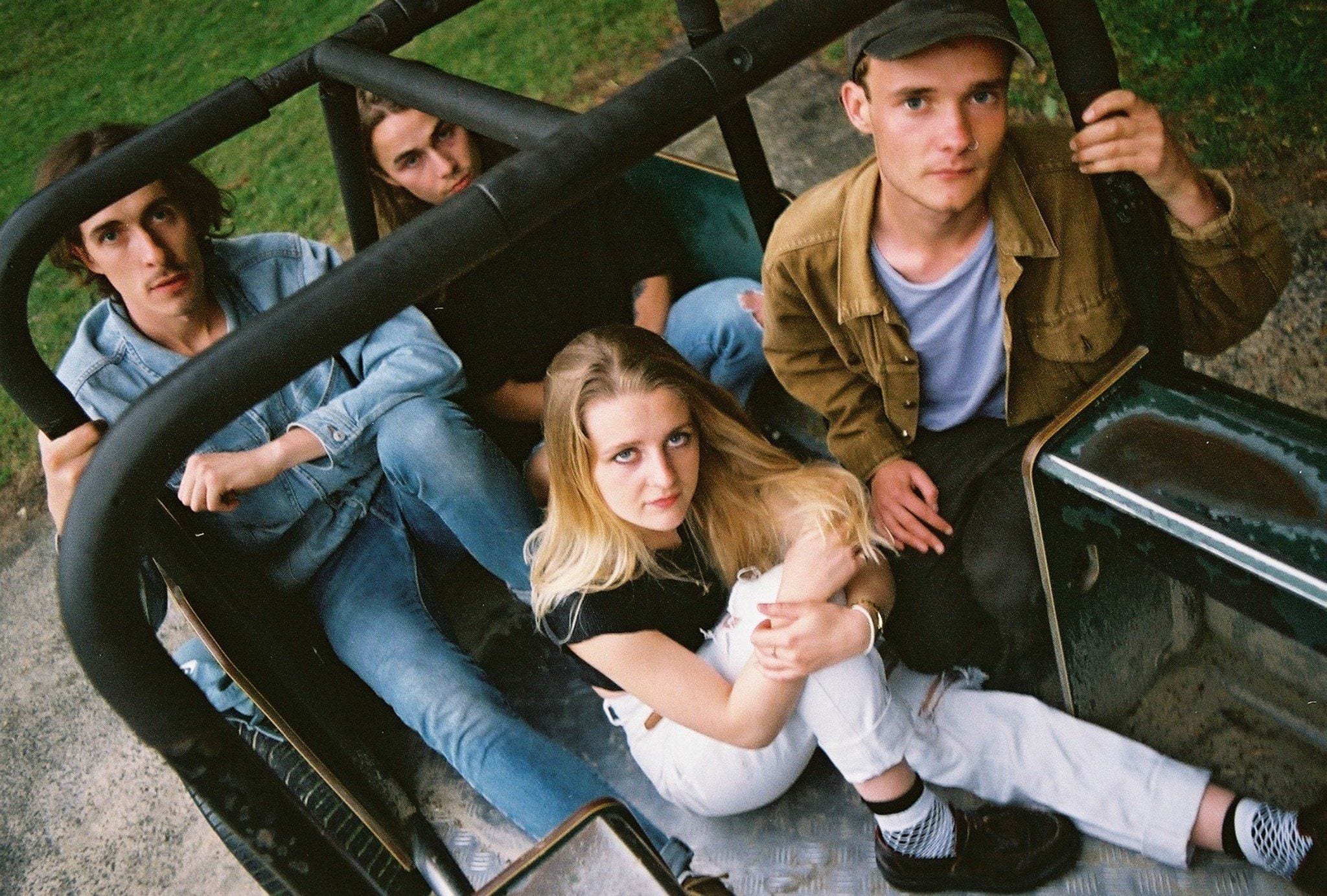 Pull on your most forgiving dancing trousers and plunge yourself into this free flowing funk jam from Portsmouth-based trio Barbudo. Fresh from winning the Record Store 2018 Unsigned band award, which included Charlatans frontman Tim Burgess on the judging panel, it’s their first song since last year’s Pressures EP. It’s a warming summer jam featuring percolating percussion, classic funk bass, and soulful vocals, all set around an inviting, deep groove. It’s a track that boils down its influence and turns them into old-skool funk gravy, as the band explains.

“We both got really into Off the Wall and Thriller by Michael Jackson both in the writing and recording process and we wanted to capture that live energy he produces in his tracks”.

“We wanted to write a fun song which would make people want to get up and dance. We were going go for latin infused funk vibe, like a blend of Michael Jackson and Santana. We also tried to emulate the synth sounds of Plantasia & Jean-Jaques Perrey in the outro”.

The song aims to reclaim those so called “guilty pleasures”, asking why should we ever feel guilty about the simple pleasures? I mean, so what if you spend an entire afternoon watching New Zealand Traffic Cops on an obscure digital channel in raggedy, old boxershorts, or end up listening to The Best of Cliff Richard when you should be listening to up and coming artists to prepare for this article?

With that slightly disturbing image floating around your head, until next time.

“Secret Admirer” is out now. 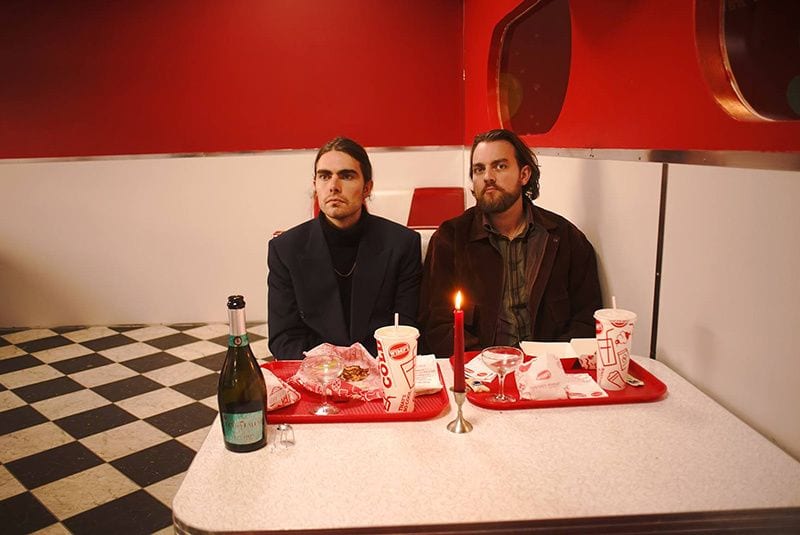