Welcome to the tenth edition of Brits in Hot Weather. I must admit that when I proposed the idea for this feature, I was a little unsure whether I would be able to find five British artists to feature every couple of weeks. Now, here we are having featured a whopping 50 of them, and I could just as easily have featured a few hundred more. It just goes to show that British music is indeed thriving. There are so many brilliant, exciting and dedicated artists around today and we hope that you’ve had found something to fall in love with over the past ten issues.

So without getting all emotional, here are five new songs from five British artists for you to enjoy. In this edition, we have the talents of London-based producer Swindle, the slow-burning new song from Team Picture, minimalist electropop from Sasha, bruising post-hardcore from I Cried Wolf, and a little Christmas ditty from Dirty Nice.

London-based producer, Swindle is an artist that finds the connective tissues between genres. Taking hip-hop, jazz, grime, soul and R&B he adeptly layers the common fibers before carefully suturing them together with no visible join. On new single “Coming Home”, he calls on the talents of fellow London-born poet and rapper Kojey Radical.

Opening with blasts of brass from Manchester’s Riot Jazz brass band the song soon locks into a swaggering groove with Radical’s ebullient vocals wrapped around a seriously smooth, liquid bassline. Throughout the song Radical switches between a deep flow and Anderson .Paak-esque soulful vocals, showing in four minutes why he’s one of the most consistently compelling MCs around.

As the song drifts into its jazzy final section replete with gliding guitar figure and spoken word outro, Radical impresses the importance of not getting caught up with what’s not important (“I can’t keep chasing a moment that’s already gone”), all while remembering where you’re from.

Together, Swindle and Radical manage to craft a joyous fusion of sound instilled with a pertinent life lesson on what is a scorching, triumphant taster from his forthcoming new album.

Swindle’s new album No More Normal is out 25 January via Brownswood Recordings. 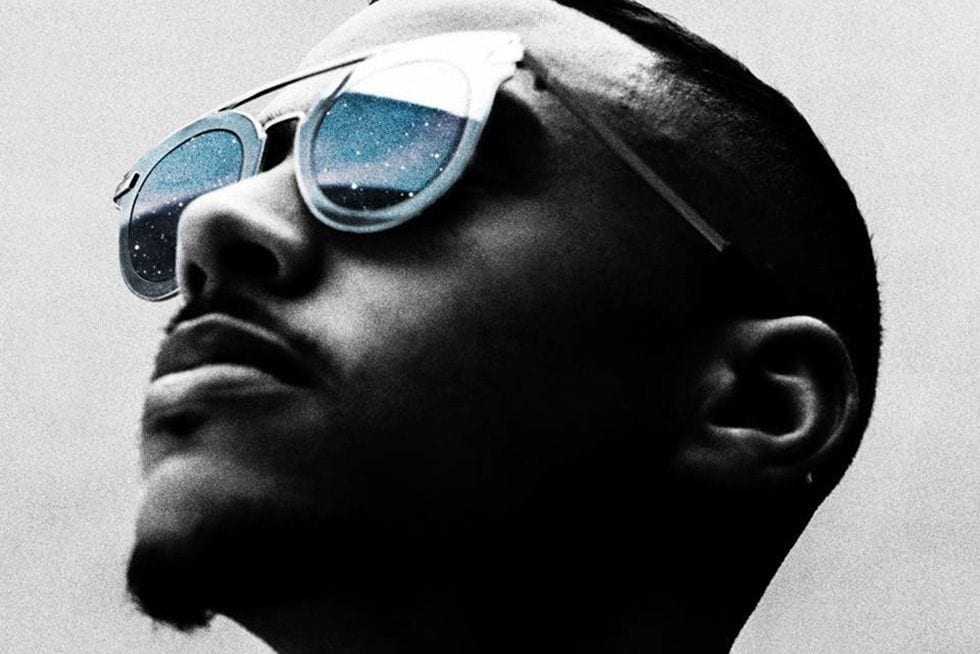 The new single from Leeds-based six-piece Team Picture dates back from a time when the band were still trying to figure out what they wanted their sound to be.

“Clone You” is a shadowy, slow-burning slice of indie rock. It’s a song bathed in darkness as a rumbling bassline, droning synths, and measured, terse percussion evoke the slow, bleak suffocation of loneliness. Team Picture experiment with the sense of space creating a song as suited to a cavernous warehouse as a tiny room. Each instrument prowls around in the darkness, exploring every corner as if trying to find different ways and methods of escape.

At the heart of it all is the mix of anesthetized male vocals and wistful female vocals that both swoop and glide like lost souls searching for each other in the darkness. As the darkness slowly envelopes the song, becoming ever more suffocating, the mood is ruptured by a wailing guitar solo with each howling note acting as a pinprick of light in the gloom.

“Bedroom Genius”/”Clone You” AA-side out is 18 January. Team Picture are touring throughout April. 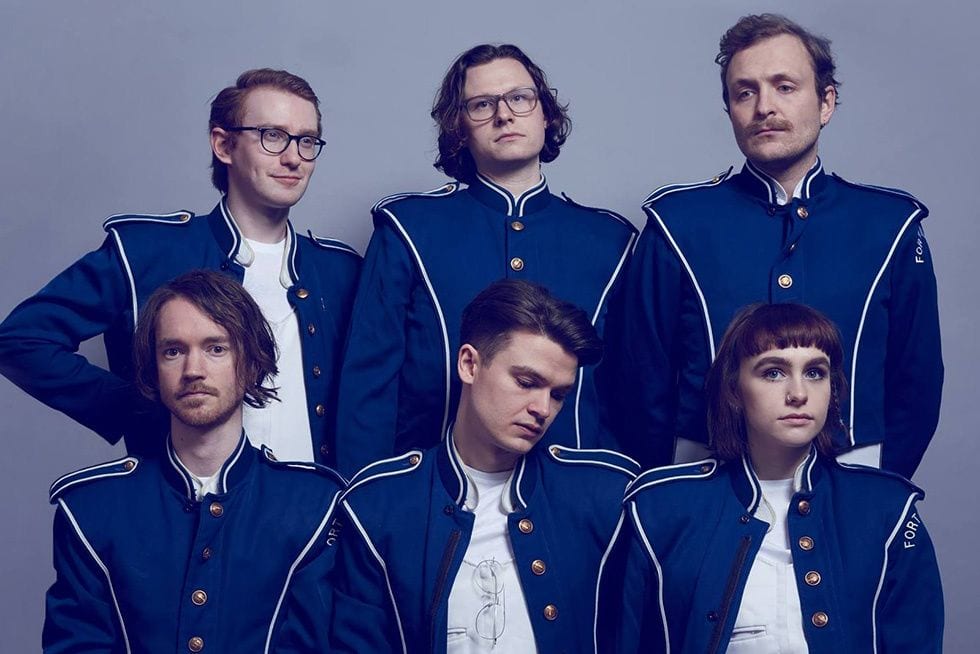 The new single from London singer-songwriter, Sasha is a beautiful lesson in minimalism. A song in which she lets the strength of her voice and the vocal hooks do all the heavy lifting. Opening with her light, airy vocals over sparse electronics, Sasha allows the synths to gradually pick up momentum like the steady glow of oncoming headlights. As the chorus arrives those lights blink out as she cuts them away leaving only her naked, unadorned vocals to lament the lasting pain of a breakup.

However, rather than get swallowed up by self-pity, Sasha takes a more self-deprecating approach as she matter of factly shrugs before singing the chorus, “Ouch that hurt / More than it should / Ouch that hurt / More than I thought it would.” In four simple lines she captures that knowing realization that a relationship was always destined to fail but you were always too blinkered to do anything about it until it was too late.

Throughout the song, Sasha seems to be keeping it together with her wry sense of humor shining through. Only in the bridge does she get caught in a musical and emotional tailspin before quickly composing herself and laughing it off.

With it’s minimal, electronic backing and a lasting hook “Ouch!” is an inventive electropop song full of character. 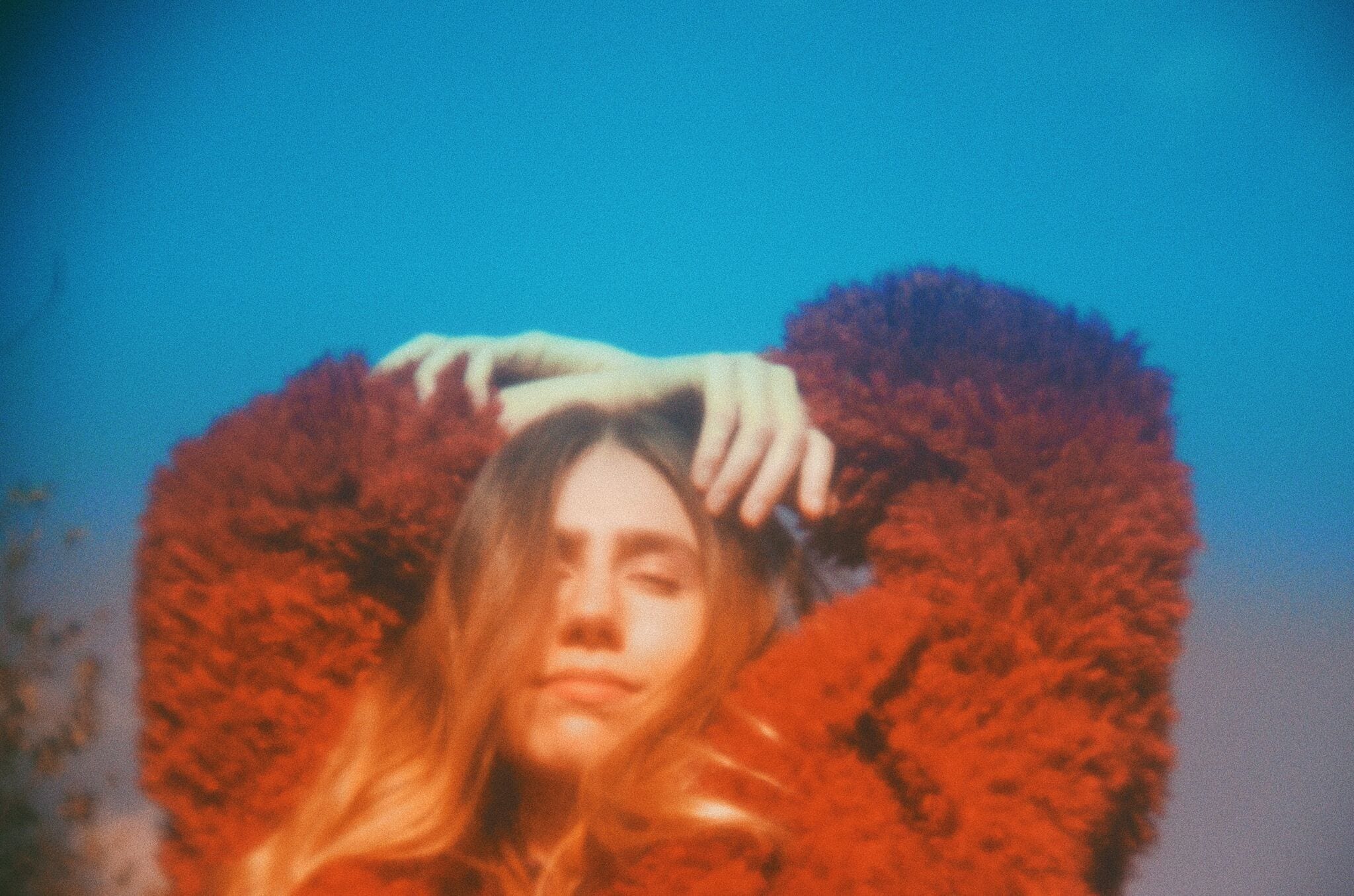 The new single from the Oxfordshire quintet, I Cried Wolf, has been a long time coming. Having not released anything since their Hollow Heart EP all the way back in 2015, the band are finally back with a bruising slice of melodic post-hardcore.

Igniting with a furious intensity and a paint-shredding, hardcore guitar riff, I Cried Wolf contrast a full-on sonic assault with more expansive clean moments. Although their sound is predominantly hardcore, there are discernible death and thrash influences especially in the rip-roaring, ballistic breakdown that demonstrates just how far the band’s sound has developed.

At the center of I Cried Wolf sit frontman Harry Davies’ powerful vocals that lie somewhere between the cleaner vocals of Corey Taylor and the guttural, barked scream of Phil Anselmo. There is also more than a hint of Pantera in the rhythmic high and low riffing and the brutally effective outro as Davies’ threatens to scream himself hoarse as he repeats the line “Lies / Lie down.”

While the music may slam like a fist, thematically, it’s actually an open-handed offer of encouragement as Davies explains.

“‘BRKN is about positivity. How even in the most fragile state of mind, everyone is capable of bouncing back brighter and better than ever before.”

“BRKN” is just the start for the band who are expecting to release a raft of singles next year as well as embarking on a tour with Wars and Lastelle. These are shows that are not to be missed. 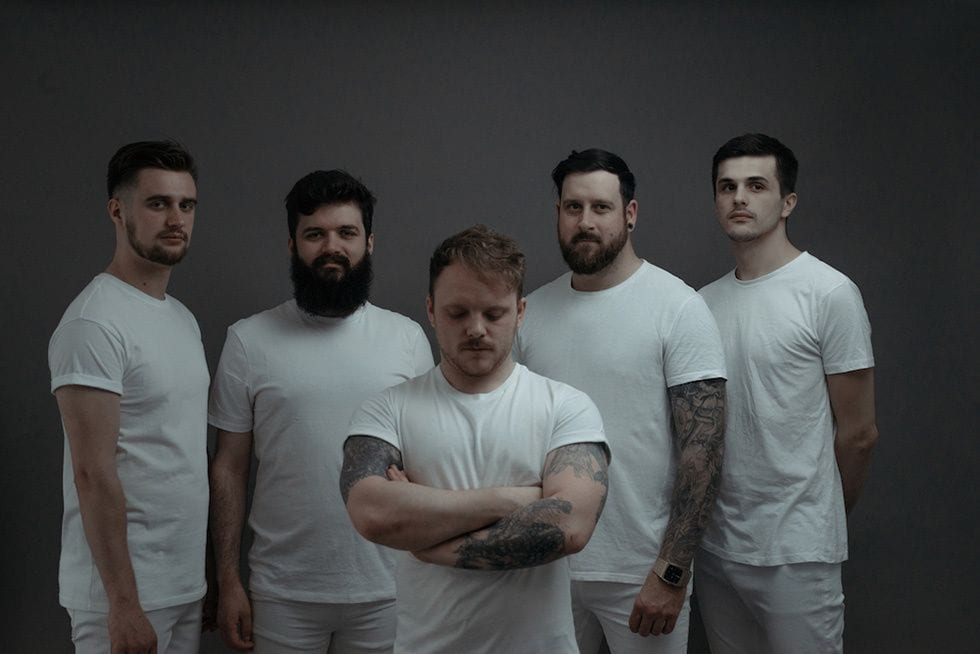 So, as this is the last edition of Brits in Hot Weather before Christmas, it only seems fitting that we should finish with a festive sing-song. Now, I know Christmas songs have been playing in ASDA since August and that you have a pretty good idea by now where you would shove Sir Cliff’s mistletoe and wine, but stick with me. This brilliant yuletide offering from the experimental pop duo Dirty Nice is the Christmas song you’ve been waiting for.

There’s none of the misty-eyed, idealistic views of Christmas here. This is a tribute to the fuck-ups, dramas, and festive calamities that make Christmas the joyous celebration that it is. Over twinkling keys and the jingle of bells, the pair celebrates our festive foibles. The burnt turkey, the crap presents, the family set tos; these are the things that make a truly memorable Christmas. They’re the stories that we will laugh about (eventually!) and share with our loved ones for years to come. I mean, whoever talks about those Christmases that went perfectly smoothly and where everything was just, well, fine?

Not me. That’s for sure. So join “Brits in Hot Weather” and Dirty Nice in embracing the calamitous cock-ups that bind us all together. After all, it’s Christmas and the only time you can legitimately have a box of Celebrations as part of your five a day. 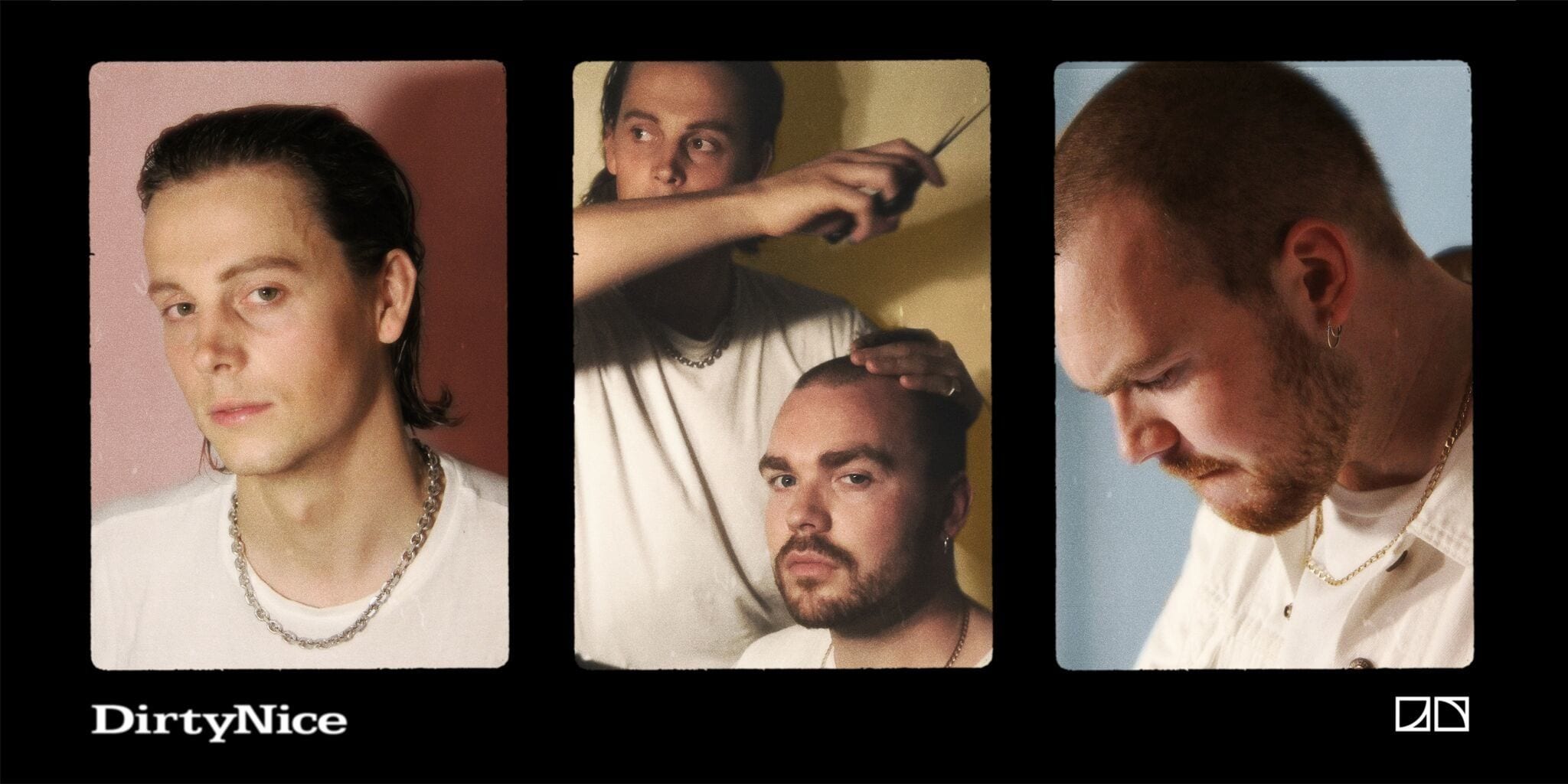 So there you have it. Five songs from five British artists. As this is the tenth edition and the last of the year, I just want to take this opportunity to thank all of the artists who have been featured this year. You are a total inspiration to me and many other people so please keep doing what you do. Also, a huge thanks to the labels and publicists for your hard work. Lastly, thanks to our readers for reading and listening. I have had some truly humbling feedback and it means the world to me.

Until next year, Happy Holidays to you all and a happy new year.

Remember all of the songs featured here and in the series are on our Spotify playlist.