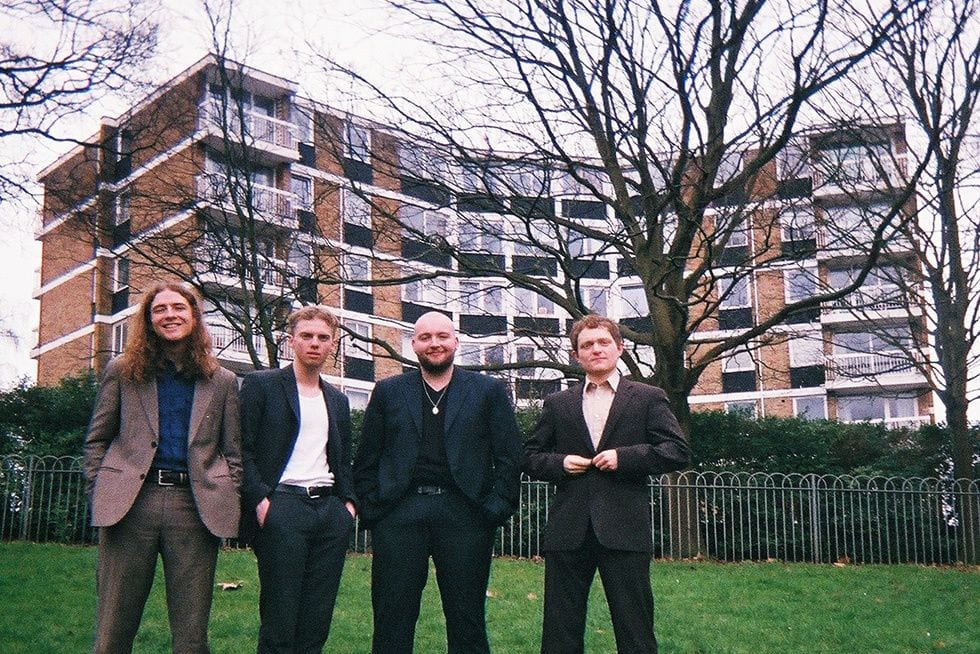 The last couple of years have seen a surge in articulate, politically aware punk/post-punk bands breaking through with bands like Idles, Shame, and Lice leading the charge. Now, on the basis of their first two singles, you can add Brighton band, Guru, to that list

“Suntrap” is the ferocious follow up to the band’s debut single “Consumer Helpline” and it contains enough energy to power a three-bed semi for a fortnight. Quickly rumbling to takeoff with a bruising bassline, pounding drums and wonderfully kinetic guitars, the band tear through just over four minutes of ferocious punk as if their very lives depended on it. As the guitar rips and slices through the mix, vocalist Tommy Cherrill launches into his lines with a youthful life or death urgency, as if he’s been waiting his whole life for this moment. You can almost see the specks of spit as every line is spat with the force of someone who believes wholeheartedly in every word.

Lyrically, Cherrill unloads all of his frustration and bile at the unfairness and inequalities that permeate British society with little being done to stem the tide. It’s an apposite message from a hungry and honest punk band that are just getting started. 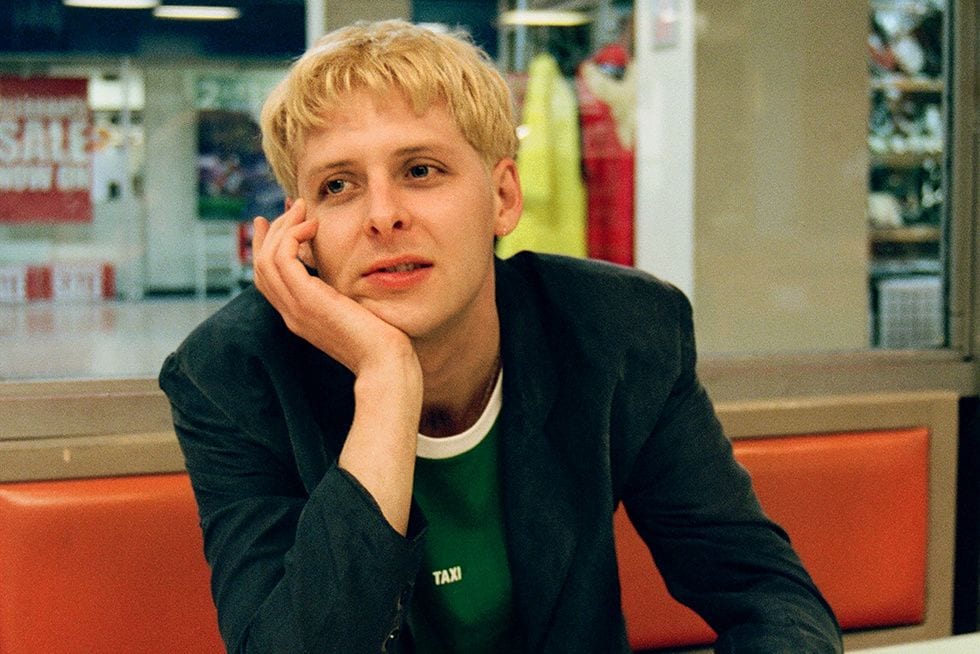 The whole thing is shrouded in darkness with only Ridley’s clear voice cutting through the gloom like a solitary flickering candle in a windowless room. Backed by murky synths and clipped drums it appears as if the whole thing might blink out at any moment until Ridley adds a simple ringing keyboard motif that provides more stable illumination.

The song itself explores a difficult period in Ridley’s life and addresses it from two perspectives. On the one hand, Ridley details his mental health issues and his battle for stability after being misdiagnosed and given the wrong medication. On the other, there is a pervading sense of release as Ridley slowly leaves the past behind to focus on a future that had seemed so impossible before. 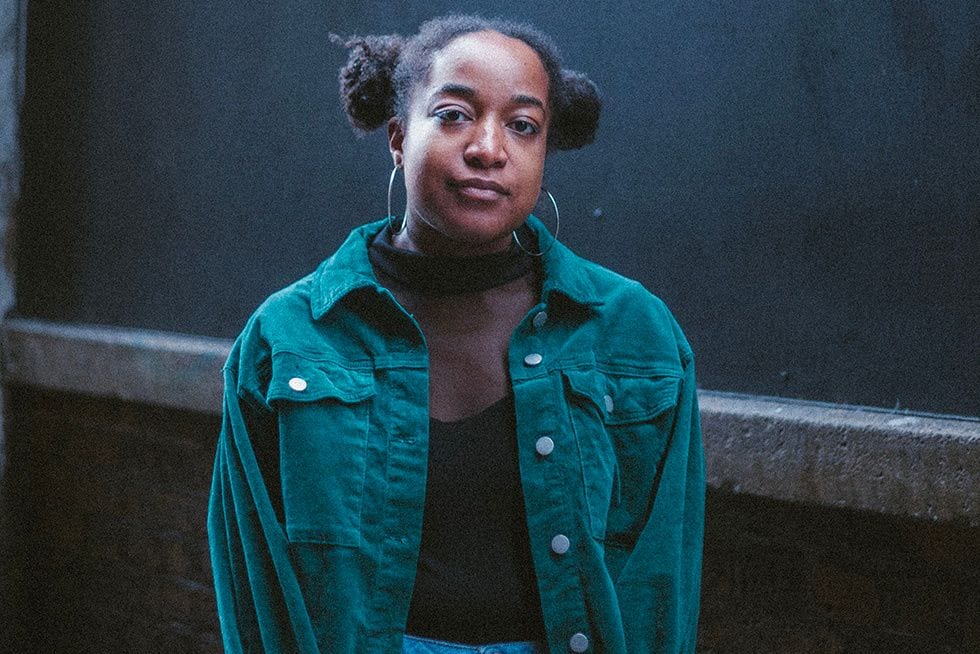 The music we grew up with endures. Like the deep roots of an old oak tree that snake deep underground, music anchors us to the past and is the unwavering constant that we often need in the present. Those early musical memories are the place we go for comfort. They are the balm we need when we’re in pain.They soundtrack the first rush of sunshine on a sunny day and the steady drip of rain when the clouds conspire against us. On “Old Soul” soul singer Amahla reminisces on the profound effect the early exposure to soul greats like Billie Holiday and Otis Redding had on her.

Throughout the song Amahla‘s captivating soulful vocals wind their way around the subtle backing of organs and clipped, steady drums like lingering clouds of smoke. There is an air of late-night reverence to the song as she pays respects to the greats of old, all while shaping a distinctive musical identity.

Taken from her debut EP Consider This, “Old Soul” is the sound of an artist drawing inspiration from those that shaped her to create both a powerfully heartfelt ode and an enduring song in it’s own right. 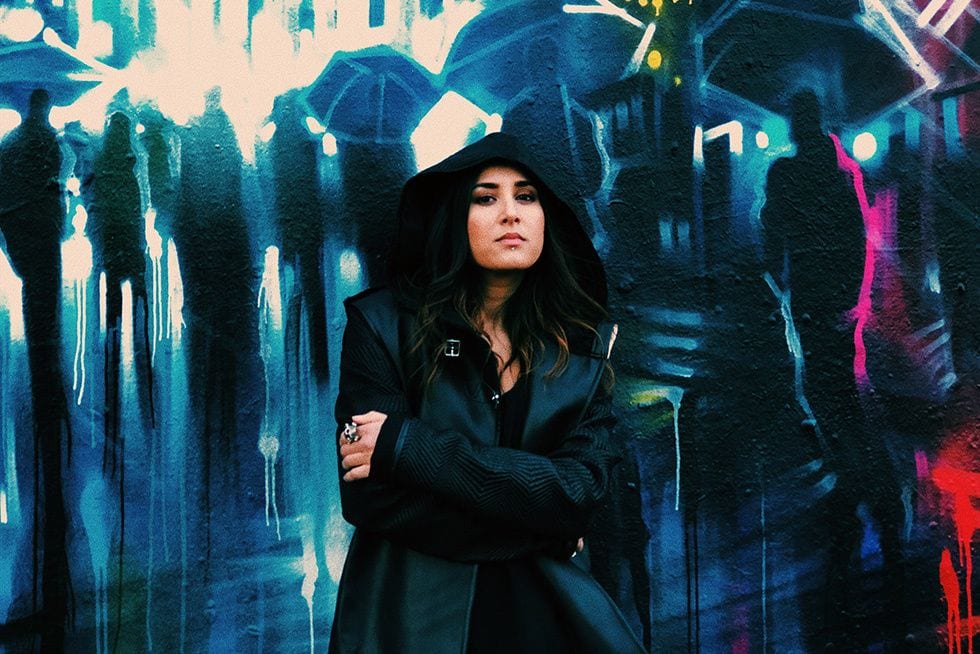 Opening with glitchy post dubs beats and yawning vocal loops, Salt Ashes’ crystal cut vocals scythe through the murky electronic backing. “Don’t” is an absorbingly dark electropop track with atmospheric hooks and melodies that stay and disappear like fleeting visions. It’s a song that stays tantalizingly distant with its heart kept well hidden. Just as Sanchez and the music drift into focus, the track suddenly opens up, like quickly coming round from an anesthetic, as it pulls you upright with a soaring pop chorus.

This is a reflection of the subject matter in which Sanchez examines a one-sided personal relationship, as she explains. “It’s my anti-love song and confession to a guy that I was seeing. I told him from the start that I didn’t want anything serious, but he ended up wanting more and not believing that I didn’t too. I’m not looking for love right now. I had a big love and that fucked up, so I’m not ready to go through another for that one to fuck up too.” 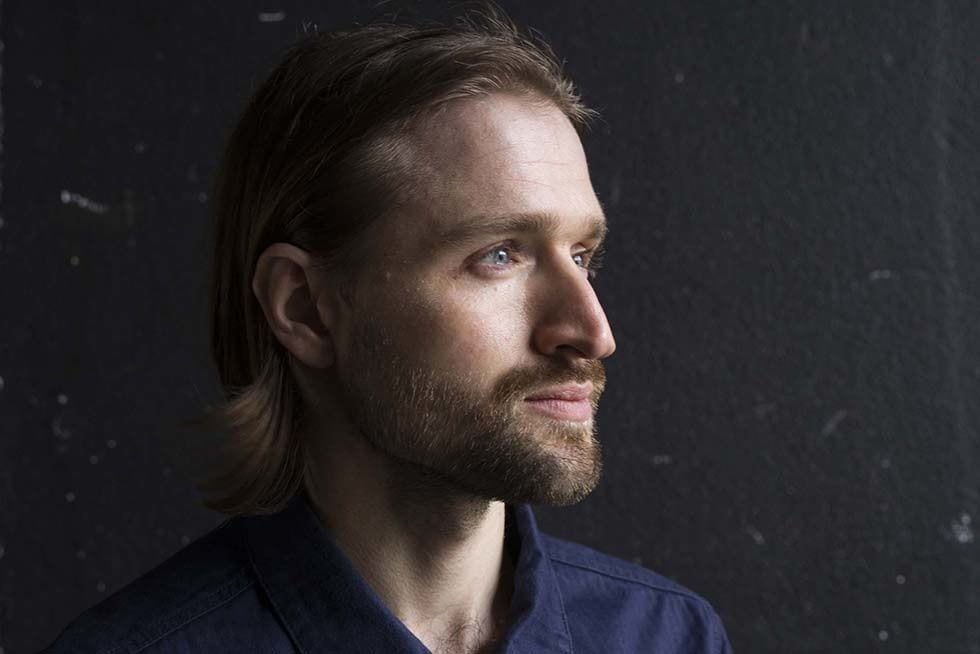 Hearing former Wild Beasts frontman Hayden Thorpe‘s voice again is like stumbling on a lost tape of an old friend. Memories, thoughts and feelings come rushing back as it draws you back to a certain time and place.

Much of the Wild Beasts early output played like complex conversations between the head and the heart. However, those conversations became less ambiguous and more straightforward as they traded complexity for accessibility culminating in their brilliant final album Boy King. Thorpe’s first solo outing continues that journey but places the emphasis squarely on his voice.

“Diviner” is a deceptively straightforward ballad with Thorpe’s unadorned, unmistakable voice framed by delicate piano chords. It’s a pleasure to hear Thorpe’s distinctive and familiar vocals coat each syllable with a warming glow, giving them the space and time to gently penetrate your soul. Placing the trust in such a simple arrangement is a very brave move but one that also makes for a richly rewarding listen.

Thorpe has always been a storyteller. An artist who can immerse you in a tale within a few lines. “Diviner” is no different. With lines like “I’ll be your disciple / Show yourself” suggesting Thorpe searching for new openings and opportunities but needing a sign. A signal to guide him in the right direction. That has clearly arrived by the time the chorus beds in with the line “My ghost had left my skin / Diviner, bring it in” suggesting Thorpe has cast off any constraints and finally found his bearings.

So there you have it. Five British artists to get very excited about. As ever all of the songs on here can be found on our Spotify playlist which also includes the all songs from past editions of Brits in Hot Weather.

Lastly, please support all the artists on here. Give them your time, attention and possibly a few quid. They may change your life. Until next time, stay warm.

This edition is dedicated to the original Firestarter. If you ever need to talk, please please do so.

Welcome to the latest edition of “Brits in Hot Weather”. This is the edition where “Brits” finally becomes a teenager and skulks off to his room to sit in a thick fug so potent it could be used as an effective insect repellent. Yes, this is the 13th edition and we have another cracker for you. As always the idea is a simple one. We have five songs from five British artists for you to pop into your ear canals and let wheedle their way into your cerebrum.