It would appear that London based, singer and songwriter Quiet Man has found the perfect foil in the form of producer Joy Anonymous on new single “Naked in the Cold”. Together the pair have created a darkly intoxicating new track that surrounds you like a stubborn mist that refuses to lift.

Opening in skeletal fashion with shadowy synths framing Quiet Man’s soulful voice, the track takes its time to edge out of the gloom. It has a gloriously smokey, late-night feel underpinned by murky beats and a quavering, hummed vocal sample like a distant, indistinct warning – almost like an internal trigger signaling a descent into madness. This is exactly the effect Quiet Man wanted to create.

“The song is a warped lullaby of sorts,” explains Quiet Man. “Or some slightly deranged love song that hopes that no matter how mad it gets in the QM character’s head, the person he holds most dear will still be able to find peace.”

The production from Joy Anonymous is wonderfully inventive as he blends a refreshing and captivating mix of contemporary house and old school garage beats. Production wise it’s a song that rarely stands still, allowing Quiet Man to take a step back and cast his vocal spell on the music. It’s a stunning collaboration that demands your attention. 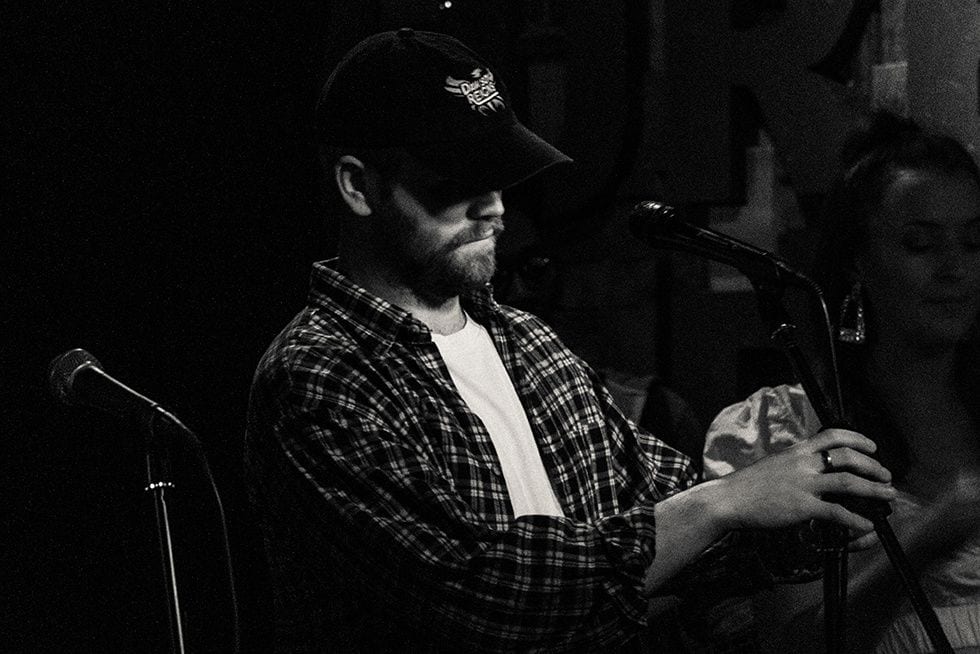 Taken from Skinny Pelembe‘s forthcoming album of the same name, “Dreaming Is Dead Now” encapsulates everything that makes the Johannesburg born, Doncaster-raised artist such an exciting prospect.

The song is a minimal, stuttering funk number which finds Pelembe sweetening the mix with pastoral folk and psychedelia. Built around a carefree guitar line, the ringing tap of percussion and atmospheric electronics so warm and comforting it’s like settling into a high-backed armchair, the song takes in everything from classic drum ‘n’ bass, to funk, to blues rock. It’s the perfect backing for Pelembe’s reassuringly calm vocals as he guides you by the hand on a soothing sonic trip.

Musically, it’s an assured blend of the unexpected and the familiar with Pelembe’s voice pulling all the threads together. His cool, rumbling delivery is given a few production tweaks as his voice slink and slide around the mix (at one point even being fed completely into the digital mangle), but there is a profound emphatic confidence in every word uttered that shines through. 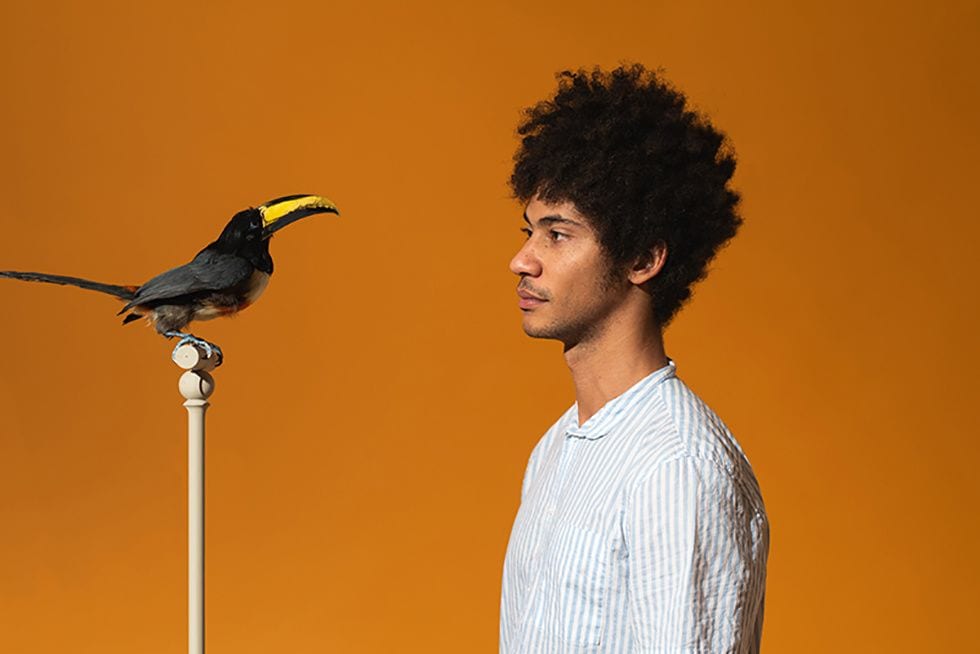 After years reluctant to let the full beam of the spotlight fall on him, CC Honeymoon (aka Asher Preston) has rightly decided to strike out as a solo artist in the truest sense of the word. On his solo output, Preston writes, plays, and records everything himself which leads to rawly honest and often painfully vulnerable material.

New single “Make It Right” is an enthralling downbeat synthpop song. Beginning with a funereal organ line, Honeymoon sounds trapped in his own mind as he over analyses every detail and facet of a relationship until he can only see the negative (“Is it his name you want? / It’s over now / It’s over now”). From there the foundations are rocked further by a tremoring synth line, rumbling atmospherics and darkly bubbling beats as his pained voice cuts through to cry “I feel like I’m losing my best friend”. In one line he manages to capture the prolonged agony of a mind alone, isolated with only the ever darkening thoughts running around inside it.

Whether the door is closing on the relationship or whether it’s all a figment of his over-active management remains tantalizingly unclear. What is clear is that CC Honeymoon is more than capable of writing stunningly dark synthpop that lives long in the heart and the head. 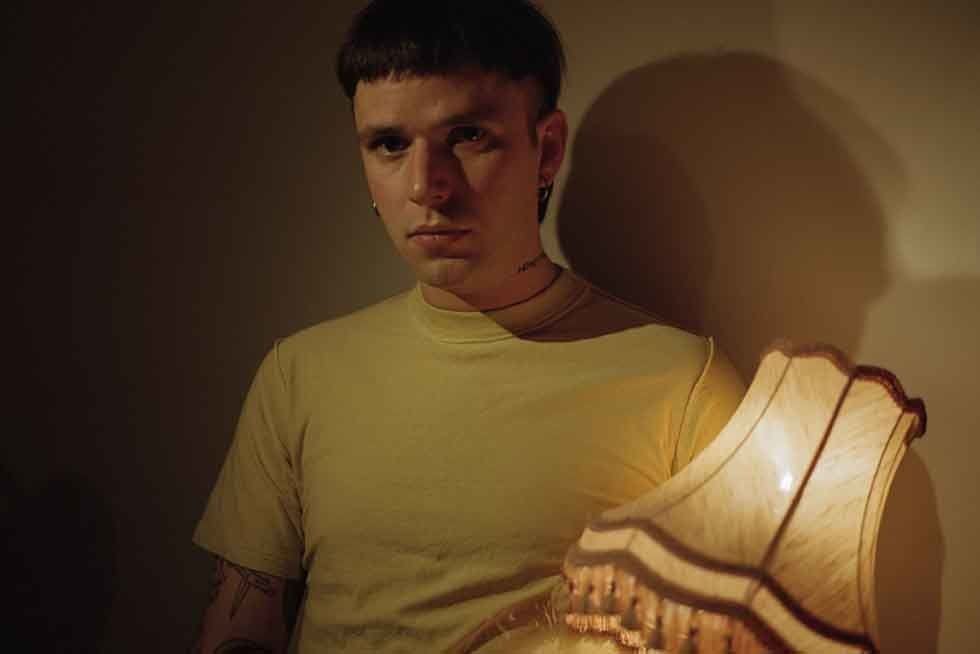 By exploiting the divisions in society and with modern media offering a ready-made platform for their rhetoric, the far-right is increasingly getting its message across. Emboldened and ready to stoke the fires of hate, resistance to them and their baseless, empty message is vital. Luckily, Liverpool-based trio Eyesore & the Jinx are on hand to dig themselves in and skewer these windbags of hate.

Bounding full pelt into a brick wall of pounding drums and rumbling bass with a riff that writhes around like a stray power cable, the band create a swirling maelstrom of noise that quickly engulfs the senses. From the outset vocalist Josh Miller prowls around the mix, spitting and snarling as he launches a savage and articulate takedown of the right-wing press. Throughout Miller takes aim at the “broadcasters of misplaced hate” and their tactics of inflaming tensions and inciting panic.

As the song burns itself out, Miller croons “No one is illegal where I’m from” over gentle strums of guitar, acknowledging that the language used to categorize and discriminate other human beings should be redundant. With a burning musical and lyrical intensity, Eyesore & the Jinx are charged and ready to soundtrack the opposition. 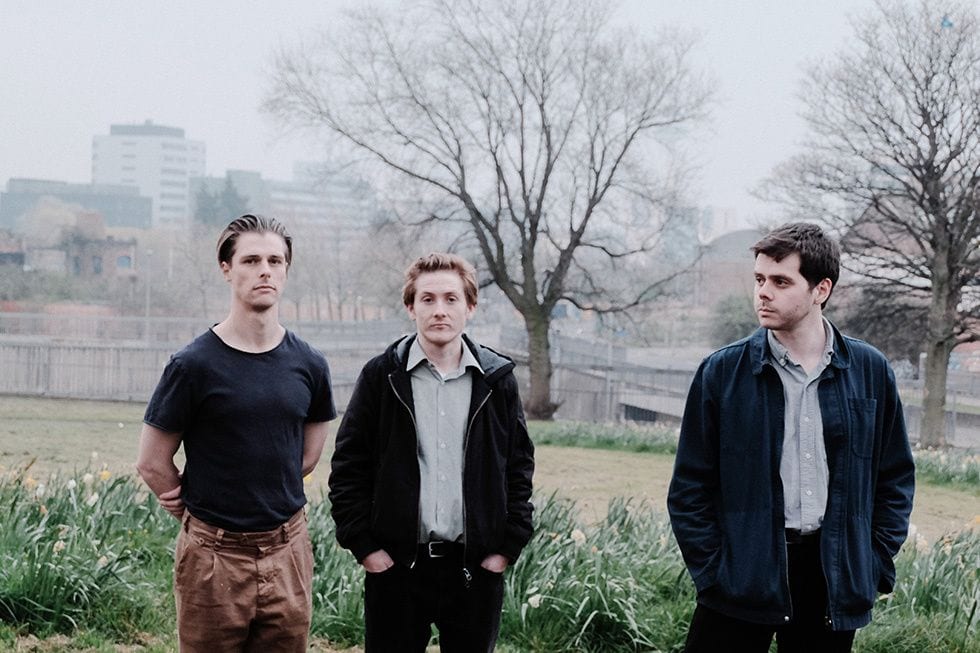 We all have, at some point, fantasized about doing something a little bit crazy. About throwing our arms up in the air, declaring, “to hell with good intentions” and being wonderfully irresponsible. On new single “Tell Me If You’re Lonely” British singer-songwriter Benedict Benjamin wrestles with that same urge.

The song struts into focus with a bone dry glam guitar riff that stalks the space left behind Benjamin’s gliding vocals. Soon the song gives way to warming psychedelia as spaced out riffs coalesce with Benjamin’s vocals, lifting the whole thing gradually skywards. The whole thing is given added buoyancy by a stellar slide guitar solo with each note seemingly sucking up a little more of the musical atmosphere and pushing the track higher still.

Lyrically, “Tell Me If You’re Lonely” concerns Benjamin’s half-serious urge to be reckless one last time. To not be the responsible adult you’re expected to be, nowhere more apparent than on the closing line of “I feel stuck in my life / If you feel the same, come on by / I would like something better to do.”

So that’s your lot. Five British artists to start you off on your next musical discovery. To that end, please support the artists on here. Give them your time, attention and possibly a few quid. They may change your life.

As ever all of the songs on here can be found on our Spotify playlist which also includes the all songs from past editions of Brits In Hot Weather. Until next time, stay warm.

Roll up one and all for the latest edition of Brits in Hot Weather, our guide to some of best new British music around at the moment. As always, the idea is very simple. We choose five songs from five British artists to delight your ear canals.

This time we have shadowy, soulful house with a UK garage twist in the form of Quiet Man x Joy Anonymous, stuttering funk from Skinny Pelembe, downtempo synthpop from CC Honeymoon, fiery punk ‘n’ roll from Eyesore & the Jinx, and glam-infused psychedelia from Benedict Benjamin.