Pelicandy – “You and Me Baby”

London alt-pop duo, Pelicandy have just released their debut EP, Underlove. Made up of TC Beecham and Nick Mills, the band shift from effortlessly upbeat dreamy synths (“White Sky”) to R&B infused, soulful grooves (“Silent Treatment”). However, for me, the highlight is the mischievous, Friday night anthem, “You and Me Baby”.

Taking its cue from a time when pop wasn’t afraid to show its more twisted side, “You and Me Baby” is an intoxicating mix of hedonism, longing, and sexual ambiguity. Swaggering in with a palpitating bassline, a dislocated beat, and 1980s neon synths, Beecham’s playful falsetto cavort around the mix continually suggesting something a little more outrageous.

On the surface, the song is a skillfully constructed, polished alt-pop gem but flip it over, and there’s something altogether coarser and slightly unhinged underneath. You can almost feel the strain as the song tries to maintain balance before a syncopated synth bass breakdown sees the darker, more corruptible side win out. 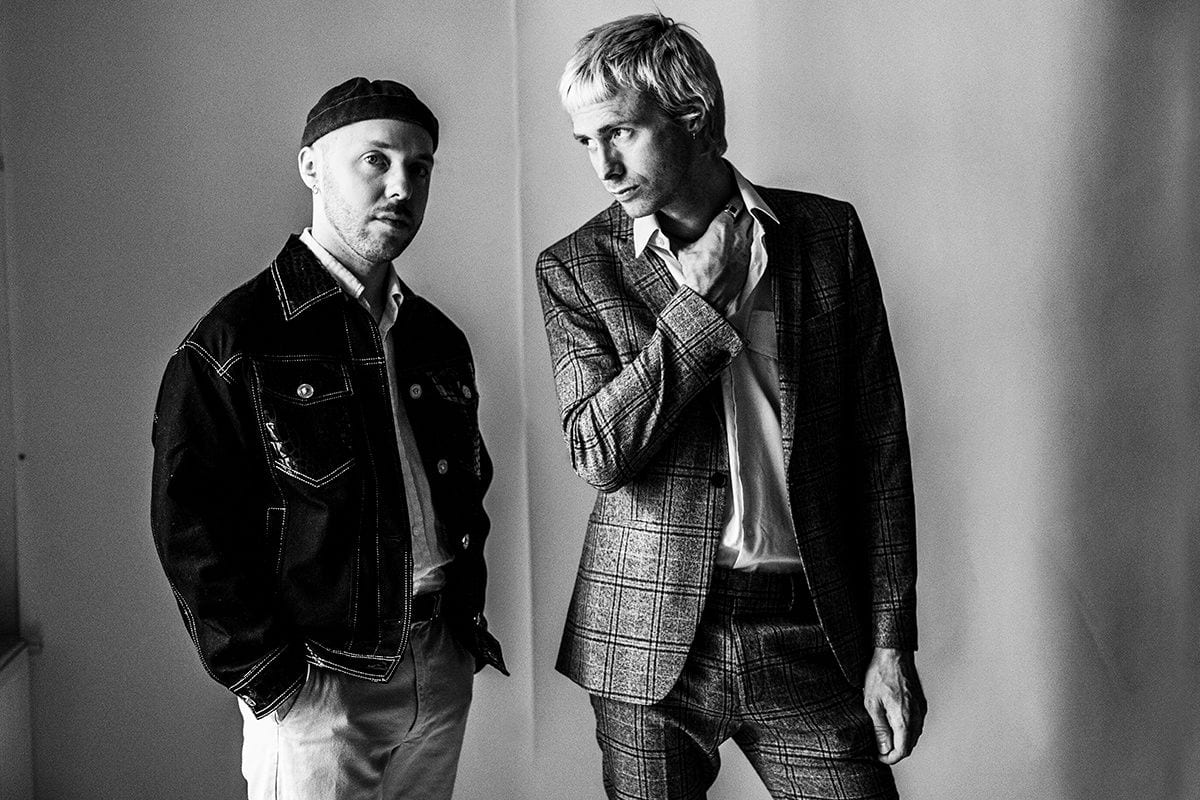 Over the last couple of years, there has been a steady flow of young, male-fronted bands attempting to articulate what it means to be a man in the modern world. Hailing from my native Plymouth,
Chay Snowdon are another band attempting to change perceptions as to how a man can express themselves, as frontman Chay explains.

“The inspiration for ‘Men Cry Too!’ doesn’t solely derive from one particular moment, however when I heard a lad say to his mate “man up” it made me think “What does man up really mean?” this then became the line that I built ‘Men Cry Too!’ around.”

Chay Snowdon are an indie four-piece whose sound fits in with the new wave of British indie rock bands like Catfishfish and the Bottlemen, Blossoms, the Amazons, and the Sherlocks.

“Men Cry To!” is a dynamic guitar song that steadily swells from a Kings of Leon-esque chord progression before launching into a towering chorus. The key to it all is frontman Chay Snowdon’s impassioned vocal delivery. It’s a richly, evocative voice that radiates emotional intelligence. He manages to sound both powerfully confident and heartbreakingly vulnerable, often in the space of the same line. On “Men Cry Too!” the band leaves something for everyone.

“I wanted to write a tune that gives the audience the option to either sit and chill out with the lyrics or just get stuck into the rhythm. Either or is fine with me! We’re so excited with the reaction that the song has received so far, we can’t wait to push it further.” 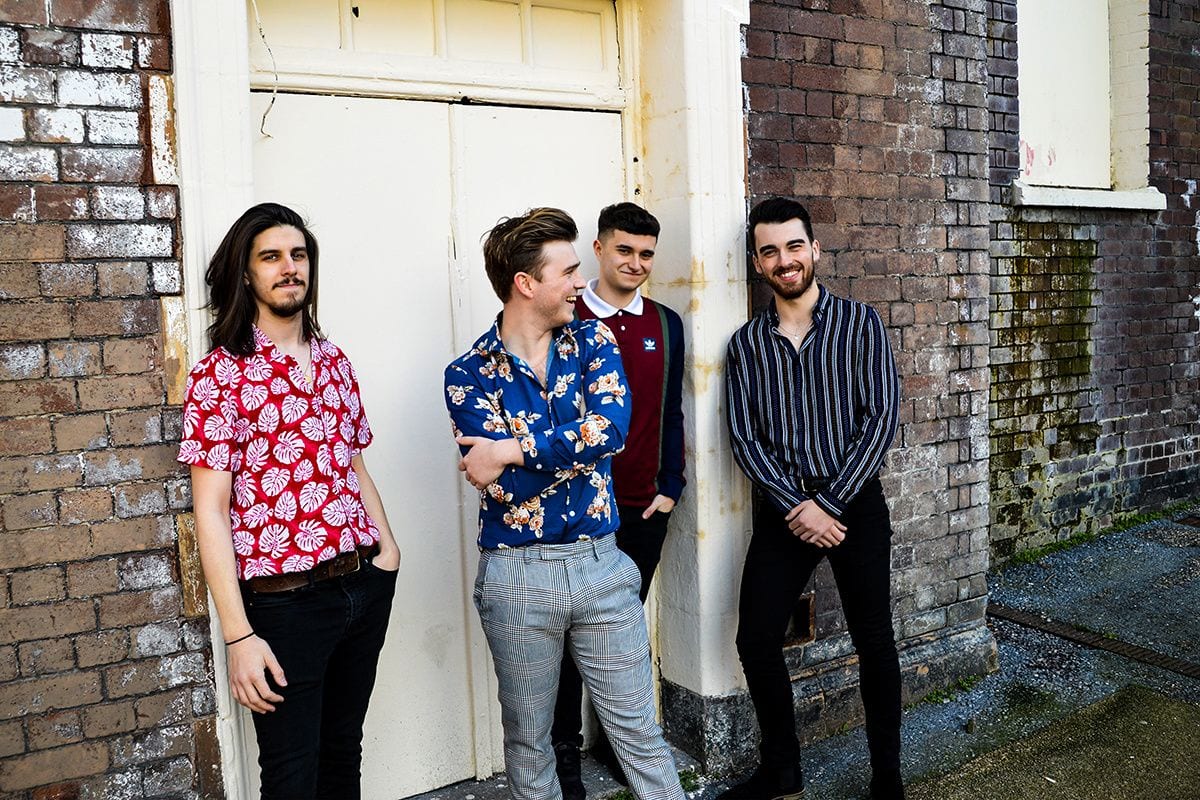 One True Pairing – “Dawn at the Factory”

It’s always a little heartbreaking when one of your favorite bands calls it a day. In the case of the unpredictably enigmatic, Wild Beasts, this was tempered by the celebratory ending. Since then, we’ve been fortunate to have not one but two, Wild Beasts related solo albums. First up was Hayden Thorpe’s fragile, Diviner album, and now it’s the turn of co-vocalist Tom Fleming. Taken from his excellent debut album of the same name, “Dawn at the Factory” is a stunning, multi-layered slice of intense synth-rock.

Without the counterbalance of Thorpe’s falsetto, Fleming can paint with a far darker palette. On “Dawn at the Factory”, Fleming’s familiar, rumbling baritone stalks the darkness over terse, hypnotic 1980s synths and electronic drum splashes. Its an intoxicating trip with Flemming perfectly capturing the cold, faceless nature of the modern world. Something that was his intention, as he explains.

“2019’s satanic mills – zero hours, suicide nets, universal credit, cheap labor. The blue-white glow of the factories out on the gyratory and the plastic-clad office blocks of the town center. I wanted to strip the romance back and look at what makes this country run, what makes it tick. The factories are hungry, and it’s you they want. I wanted it to sound like the open road, but there’s just too much barbed wire around it. The same every night. You do what you have to do

As Fleming wanders the street, he sounds jaded, even worn down by the impersonal, unsympathetic, and fractured world he encounters. However, sonically, the track is an arresting mix of early 1980s industrial pop with jarring, sudden squalls of guitar, that shake any sense of lethargy from the song. It looks as if the break up of Wild Beasts has given us two very different but equally as impressive, new solo artists. 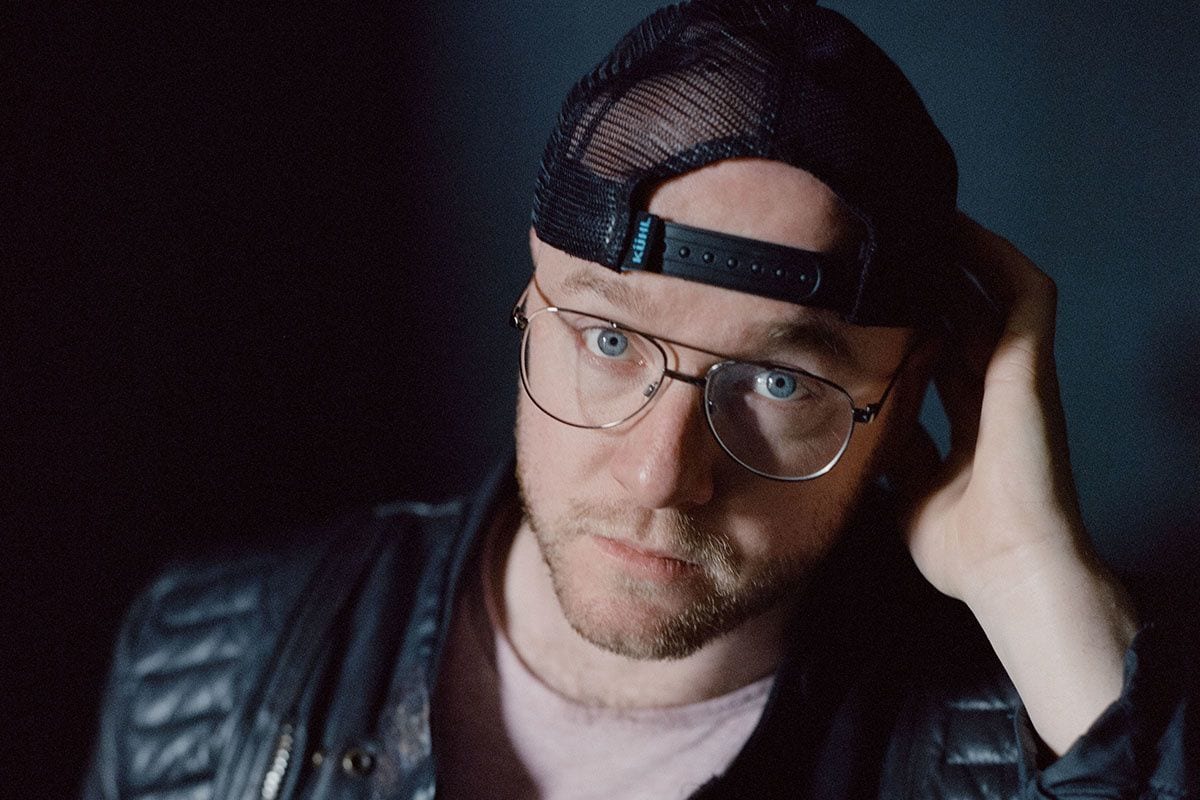 GLOWS wonderfully eclectic debut EP, JL Hooker Love Pleasure Forever, shows a fertile musical brain that absorbs a myriad of different influences like a sponge. With tracks that switch from pretty ambient passages to grooving R&B, it’s a musically rich affair. The sentiments match the depth of the music in the songs. With songs that deal with heartbreak, anxiety, and internal and external despair, it’s a deep, often uncomfortable listen.

That said, one of the standout tracks is the superb “Will I Get”. It’s a deceptively simple-sounding track that grabs you with its clever, potent melodies. With an opening reminiscent of Radiohead’s “Weird Fishes”, crisp percussion harries warm, breezy synths and GLOWS’ anesthetized vocals along. Nestling amongst it all are GLOWS’ vocals that sound like Kurt Vile gone electric.

Weaving melodies from the rich tapestry of despair, “Will I Get” finds GLOWS doing his level best to smile through the sadness. 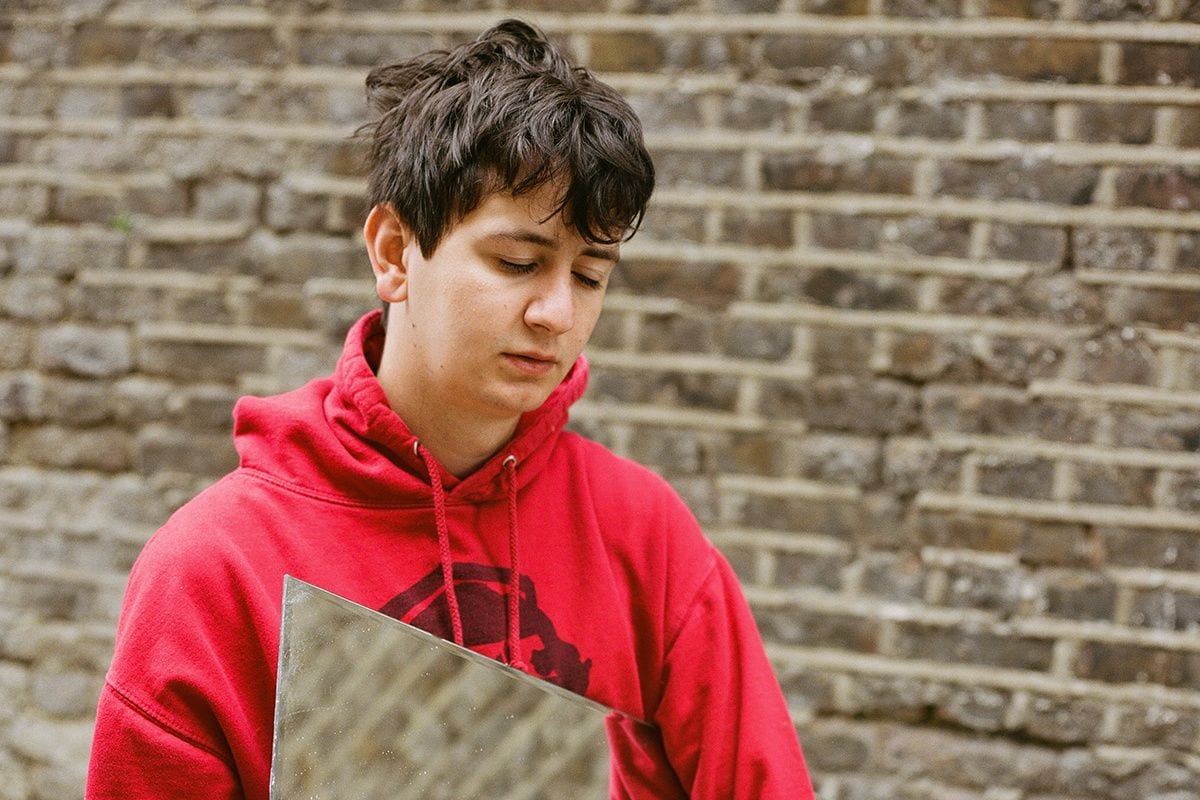 Built around minimal, murky instrumentation with only ticking percussion to support her weary vocals. The low hum of Taylah’s, distinctive Scottish voice is matched by the brooding instrumentation gives the whole thing a dramatic and poetic sense of existential dread. Over a darkening, sweeping soundscape. Taylah sounds like she’s locked in a battle for her very survival with only sudden bursts of synths, briefly illuminating the track like passing flares in the darkness.

Lyrically, the song is about trying to take back control and avoid being overrun when life threatens to bury you. Every lyrical couplet suggests emotional progress. It’s if she has managed to arrest her fall and is starting to haul herself back up, one handhold at a time.

“Reclaim” is a stunning, atmospheric piece and a reminder that bruises do eventually heal. 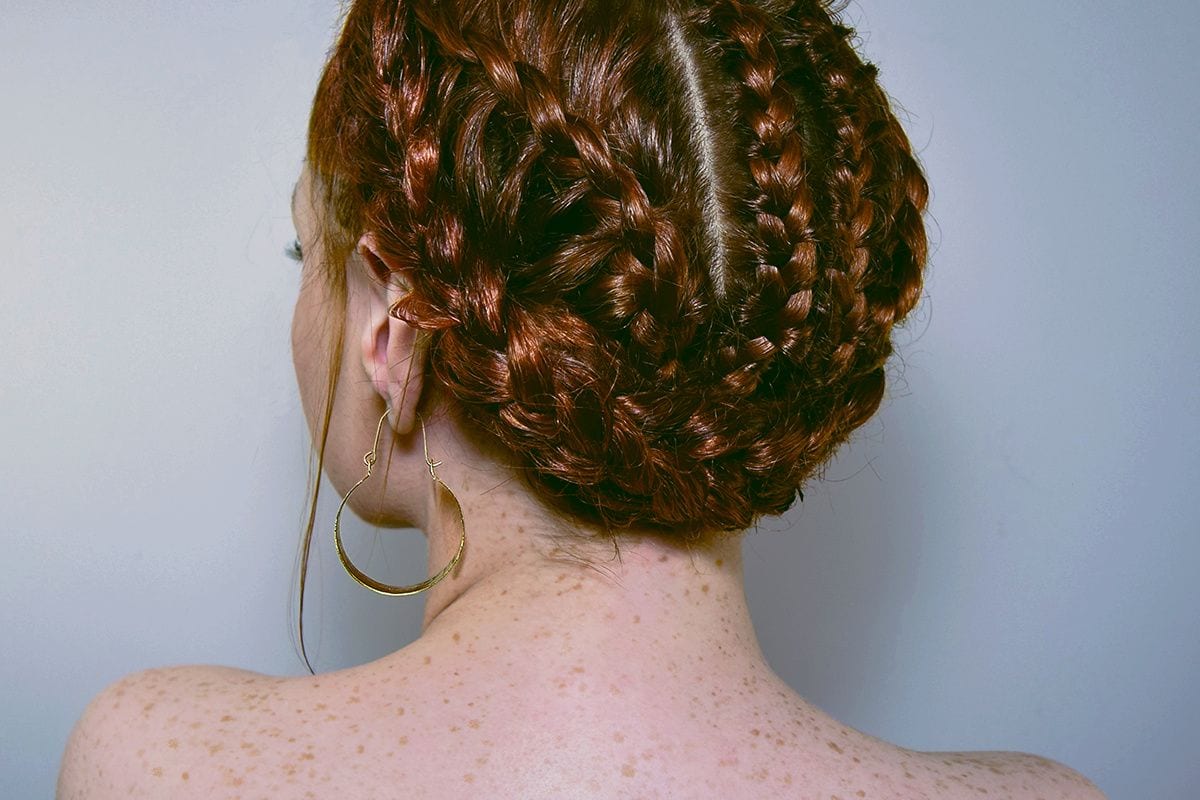 After a lengthy summer holiday, we are back for fall with Brits in Hot Weather, where you can discover some of the best up-and-coming artists that the UK has to offer. I reckon, you’ll agree it has been well worth the wait. We have five stunning tracks that you may have missed over the last month from five exciting new artists.