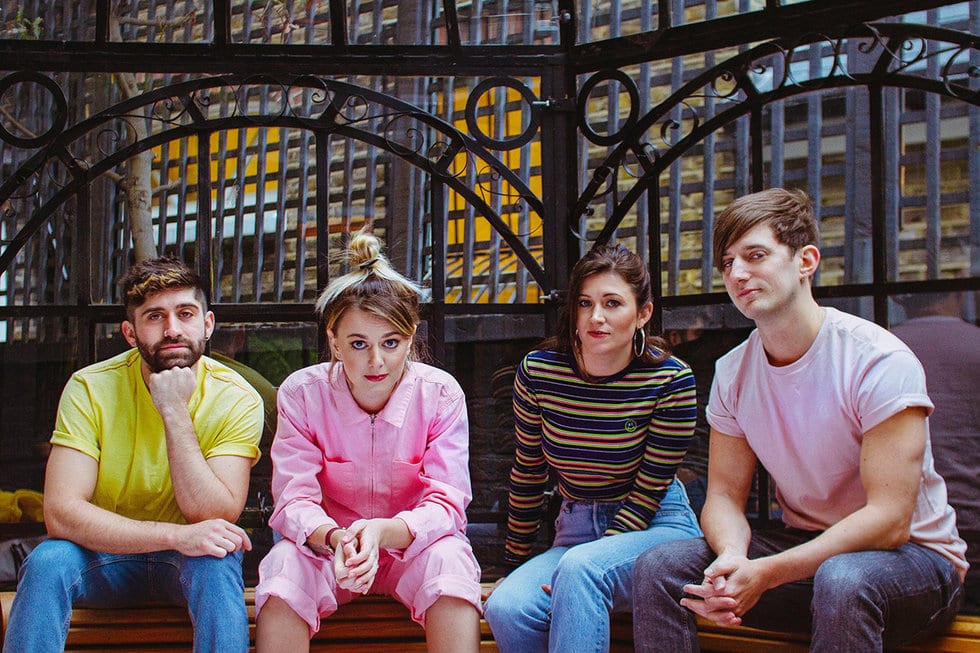 Made up of Bloc party drummer Louise Bartle and founder member Russell Lissack and featuring the equally impressive talents of Iona Thomas and Tony Alda, Novacub have just released another irrepressible single from their excellent debut EP, Future Echoes.

As with all of the songs are on the EP, “We Don’t Care” finds the band channeling all of their disparate tastes into a hyperactive, pop tune full of hip-hop energy and punk fire. On paper that may sound a little mad and, thankfully, it really is. The result is the sound of a band carving out their distinctive sound from thumping drums, perky riffs, and kaleidoscopic hooks. It’s the kind of fizzing, colorful pop song that may sound effortless, but is, in fact, an expertly crafted track from experienced and intelligent writers.

At the head of it, all are Louis Bartle’s initially rapped vocals that quickly morph into the kind of chorus that sticks in your head like chewing gum in hair. “We Don’t Care” is an electrifying early highlight from a band who are just getting going.

Johnny Kills – “Help Me Out” 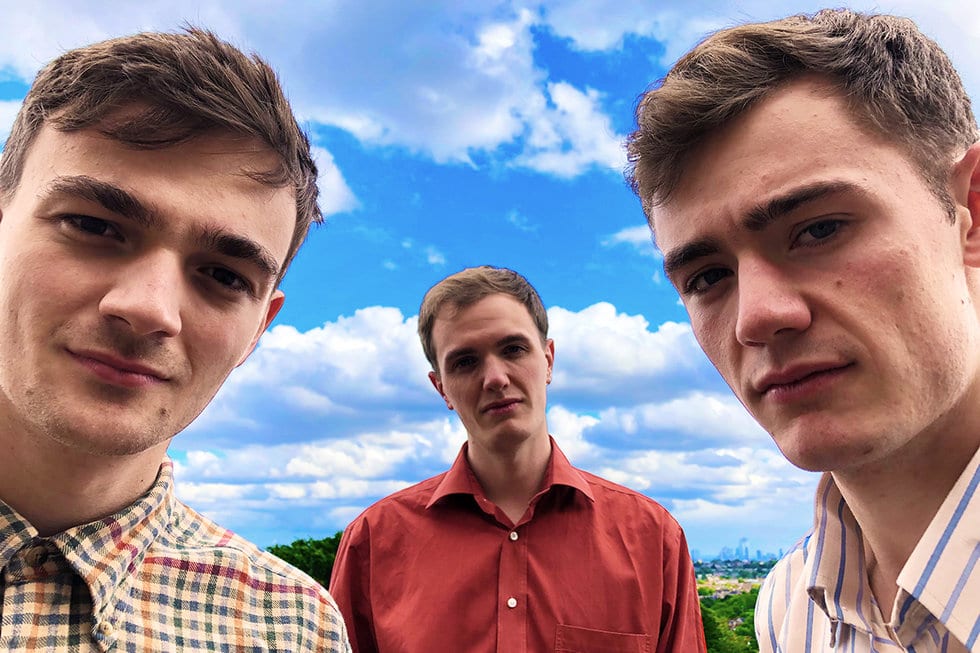 After gaining a great deal of buzz with their previous single “I Feel Like”, indie trio, Johnny Kills return with their storming follow-up, “Help Me Out”. Taken from their forthcoming EP Panic, it’s another slice of infectious, effervescent indie rock.

Tip in a layer of the Breeder’s-esque bouncing alt-rock, shake with a little of the irresistible energy and dry wit of the Holloways, and add a little of the songcraft of Blur and you come up with something close to the sound of the track. With their loud-quiet-loud dynamic, the band jam up the speakers with tightly wound hooks and spiky, overstimulated riffs.

Lyrically, “Help Me Out” finds singer Tim Lloyd-Kinnings trying to navigate the no-mans-land of his mid-20s, with little idea as to which is the right way to go.

Lloyd-Kinnings tells PopMatters,”It’s about getting to a stage where you have some big life questions – what career do I want? Where do I want to live? What do I really care about? The answers are all a resounding ‘I don’t have a scooby, mate’. It’s about having a blank slate in front of you, and it just freaking you out and hoping someone else will sort it all out for you.”

All of this is delivered with a mischievousness glint in the eye as if to say, you could hang around waiting for something to happen or you could just throw your hands up and just make your way to the bar. “Help Me Out” is the band at their most relatable and musically contagious. 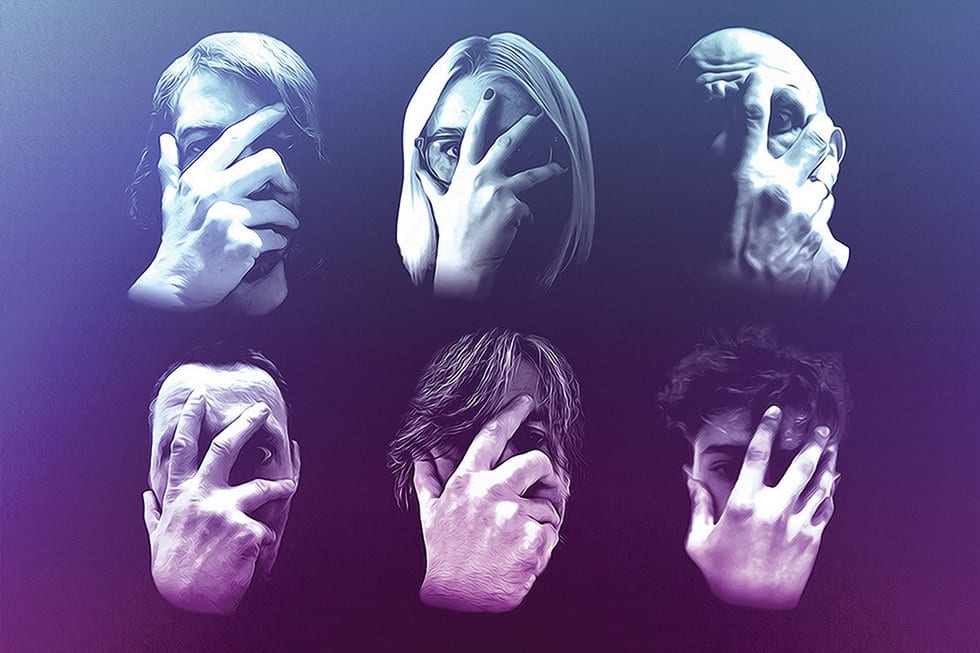 Taking a look around, it’s hard not to get despondent about the evisceration of public services, the dismantling of the welfare state, and the human cost of the cold, inhumane adherence to targets and profits. Still, as bleak as that may seem, you’re always going to need something to take your mind of it and get the feet moving. I mean, even the Thatcher years had Wham! We may all be careening into the abyss, but at least take a moment to get your freak on.

Thankfully, there is a band like Ruf Kutz signings, See Thru Hands to come crashing in like psychedelic, punk-funk insurgents, to toss a match on the societal tinderbox and then dance stark bollock naked amongst the flames.

It’s hard to believe, “Hot City” is actually the band’s debut single with its ripe blend of classic Manchester indie and New York disco-punk. Opening like Stevie Wonder’s “Superstition” played over an emergency address, the band whips the song into a grooving peak with a bassline so sleek and slinky it should come dressed in its own catsuit.

See Thru Hands survey the steady destruction of the modern world and do what the thing that comes naturally — get the party started. Consider this your first invite.

Brooke Bentham – “All My Friends Are Drunk” 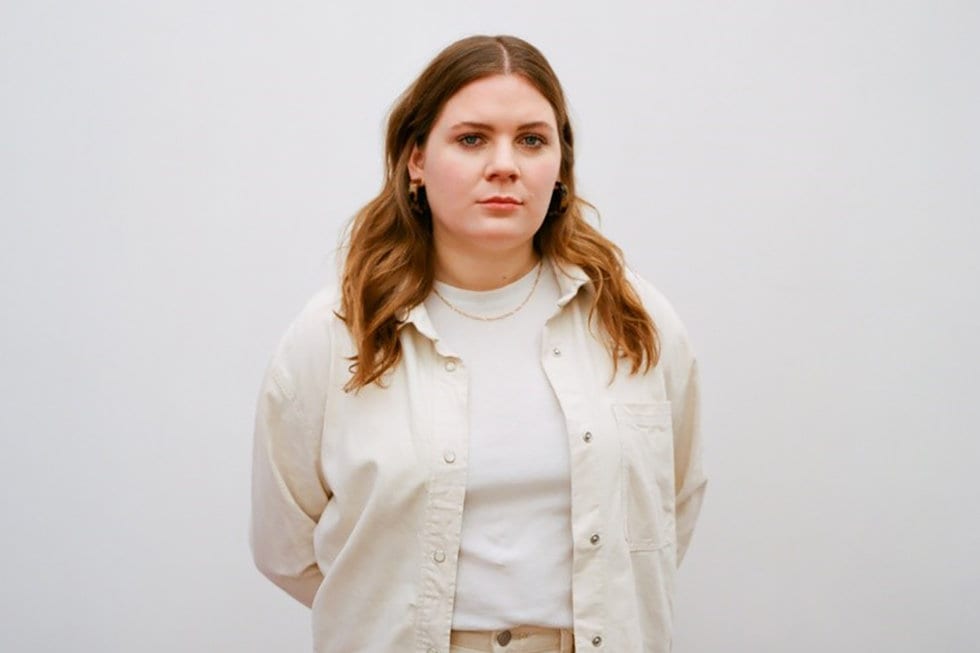 Sitting somewhere at the point where Mazzy Star, Angel Olsen, and Slowdive collide, Brooke Bentham is gaining a reputation as much for her sharp, observational lyrics as her excellent songwriting.

Pairing once again with Bill Ryder Jones, Benthem demonstrates her ability to write cuttingly perceptive lyrics that get to the core of the subject matter. On “All My Friends Are Drunk”, she wryly observes the self-destruction of her peers before detailing her existential malaise. Each line contains a kernel of beautifully realized truth from someone who can articulate what goes on behind the eyes in a way that few artists can.

Musically, the song blends 1990s indie and alt-country, all with a light shoegaze sheen as her emotive croon shifts from self-deprecating to bruised resignation. Bentham can stimulate the emotions with an authenticity that can take many other artists years to achieve.

“Escape Goat” is the first taste of the new collaboration between Aqualung’s Matt Hales and musician and string arranger Davide Rossi as Søren Lorensen.

Between them, the pair create a hugely evocative, sophisticated soundscape from swathes of cool, digital textures and towering layers of majestic strings. As you would expect from someone with Rossi’s pedigree, the evocative string arrangements are achingly beautiful. Coupled with the crackle of electronics and Hales sublime almost spiritual vocals, the track gracefully twists and spins in the shadows.

The track gently evolves as melodies are teased out until urgent, tumbling strings energise the track, in dramatic fashion. Like curtains suddenly being pulled back, bathing a dark room in shafts of warming sunshine, the mood lifts. It’s that effortless shift from melancholy to optimism that makes the song so engaging and so satisfying.

Together the pair has created a vividly distinctive and wonderfully realised sound. It’ll be fascinating to see what else the duo create in the future.

Lastly, please support all the bands on here. Give them your time, attention, and possibly a few quid. They may change your life. Until next time, stay warm.

In the blink of an eye, Brits in Hot Weather has come of age. Yes, welcome to the 18th edition of the feature that brings you five songs from five superb British artists. This week we have hyperactive indie pop from Novacub, infectious alt-rock from Johnny Kills, apocalyptic disco-punk from See Thru Hands, the superbly articulate lyricism of Brooke Bentham, and the stunning debut from Soren Lorenson. Enjoy.