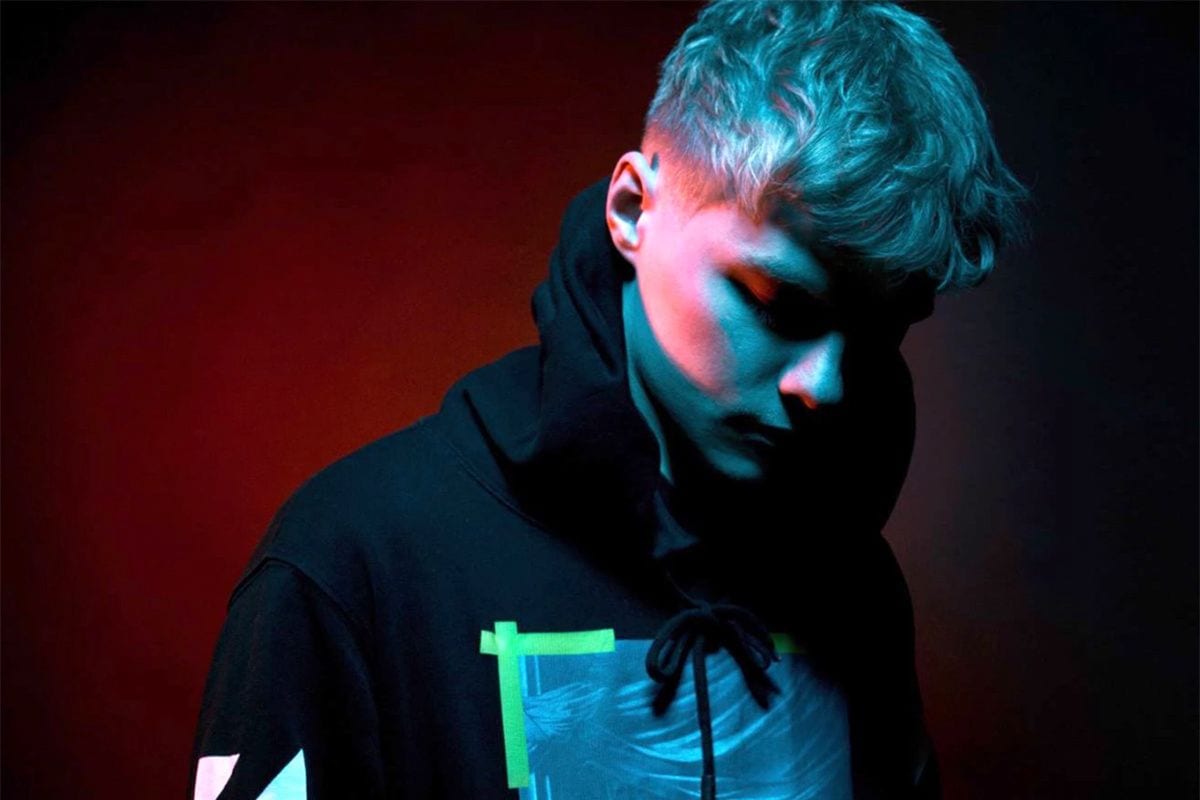 Photo: Courtesy of Listen Up PR

Trap producer and sound designer Jordan Comolli has been a feature of the underground scene for a while having cut his teeth along with hip-hop artists HUCCI and OZZIE. Following up on his previous single “BILL$”, new track “GIMME” is a raw, menacing track that showcases his talent.

“Gimme” manages to replicate somehow the inner-tension and the charging whirl of jittery confusion that characterizes modern living. Opening with malevolent, oppressive atmospherics before
Comolli launches a dense cluster of rapid-fire beats straight into the heart of the track, scattering everything before it. Puncturing the music comes a distorted, disembodied voice that intones the phrase “Gimme all your love” like a cold, dystopian public announcement. As laser synths slice through the coarse beats, the track seems to be hellbent on tearing itself apart only to be subsumed by a slow-moving mist of murky electronics. Gradually, the track gains energy, building to a thrillingly brutal drop as Comolli opens the armory and releases an arsenal of beats and noise.

With thick bass that coils around the trap-influenced, syncopated rhythms like steel wire, “Gimme” is a brilliantly constructed, inventive trap track that beguiles and disorientates in equal measure. 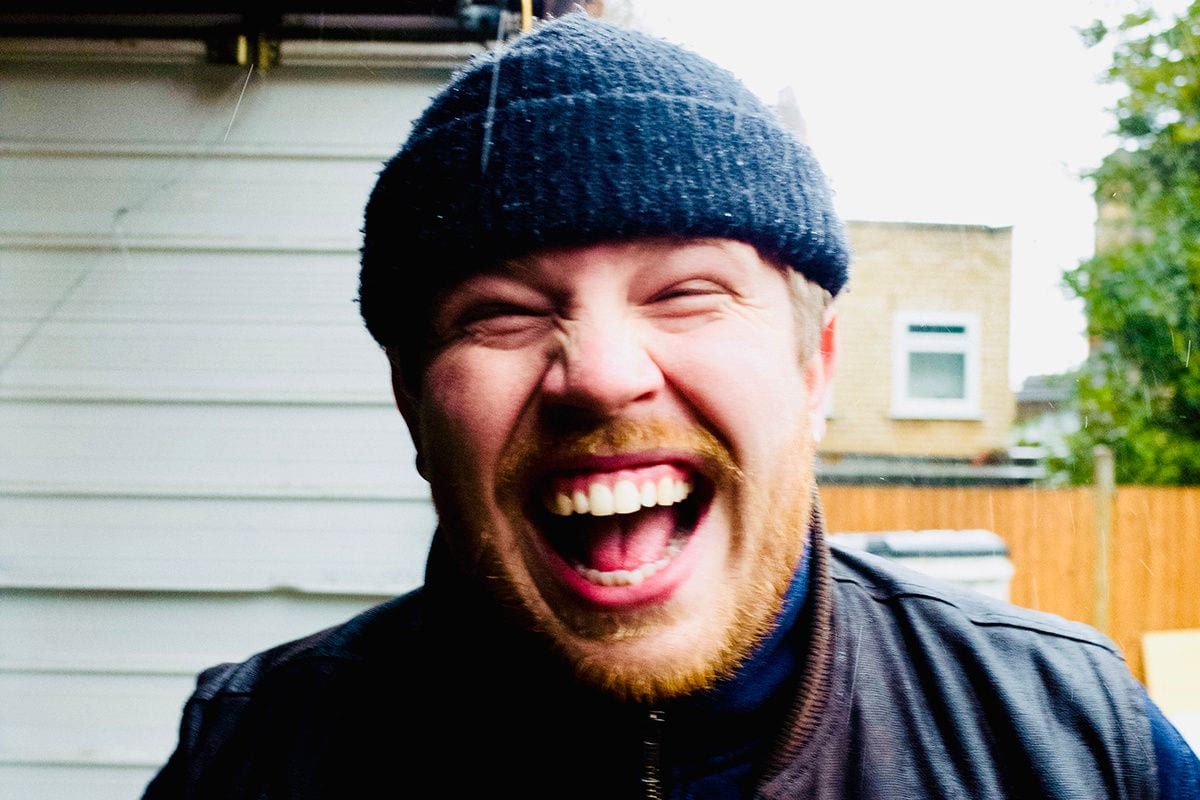 After his explicit appeal to the dispossessed on his previous single “The Isles”, Huddersfield-born multi-instrumentalist, Barney Lister, turns his attention inward with the grime infused techno of, “Matchu”.

“Matchu” is the sound of Lister attempting to positively channel his anxiety and inner turbulence before it eats him up. From the compact opening that finds Lister laying gracefully winding synths over handclap percussion and an almost samba like rhythm, the track feels almost constrained, as if feeling for release. Gradually, the track finds ways to vent as darting synth lines allow more light in before it blooms with euphoric, squelchy synth lines and a curtain of tumbling notes that illuminate the whole thing. Coupled with the chattering samples and subtly shifting percussion, it’s a track that requires multiple listens for each piece to reveal itself.

That seamless move from light to dark. From hopeless to hope. From conflict to resolution is what makes “Matchu” such a thrilling listen. 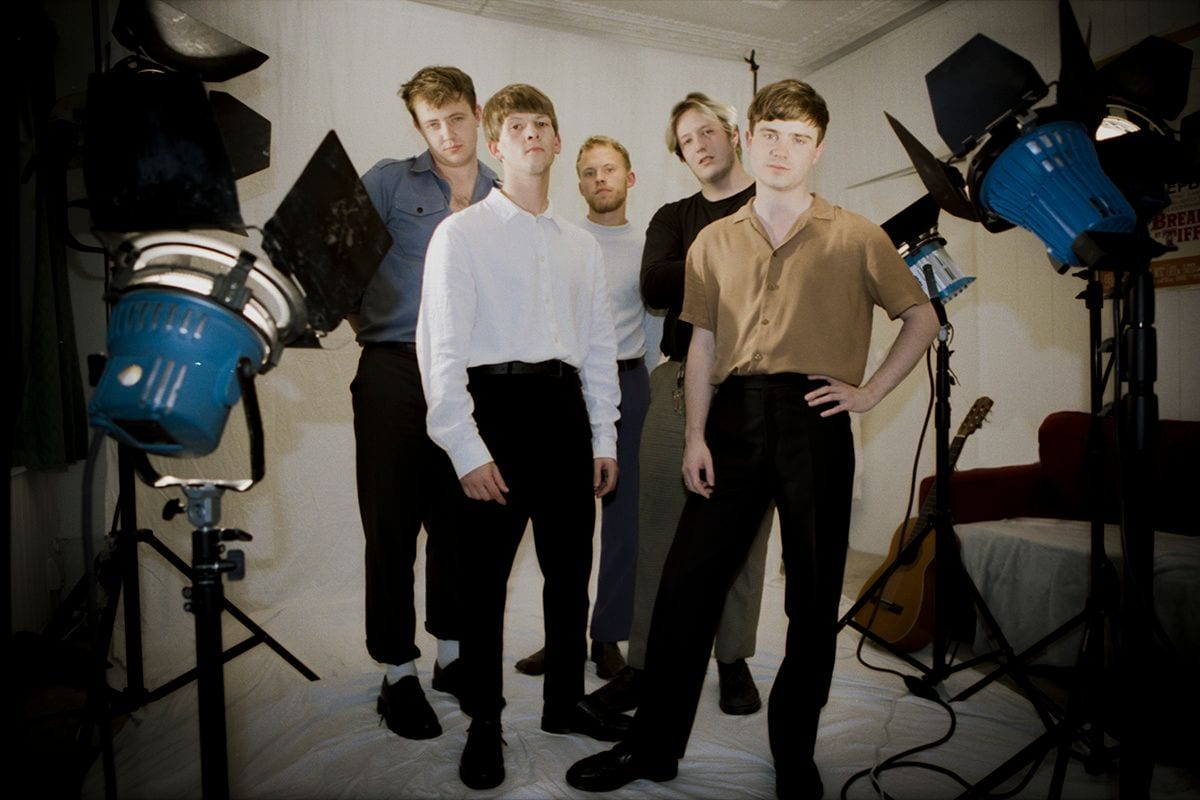 That age-old question, “if you had a time machine, where would you go?” I think the majority of us would agree that probably anywhere but here and now sounds pretty good. A sentiment echoed by London-based indie band, Weird Milk, on their latest track “Time Machine”. As songwriter and drummer Charlie Glover-Wright succinctly puts it, “The world’s a scary place right now, so we thought about getting the heck outta here – just for a little while.”

On “Time Machine”, the band showcase their endearing penchant for skewed, jerky rhythms and slightly off-kilter guitar lines. Here the band add in rolling organ chords and plinking piano notes as the perfect launchpad for sudden bursts of crashing guitar and inventive lead licks. In under three minutes, the band pack in a winning mix of influences ranging from 1960s baroque pop to 1970s glam to early 2000s New York rock.

It’s that seamless blend of styles and their ear for timeless, dreamy melodies that give the band their distinctive sound. Weird Milk is a band steadily forging their own identity, and their time is coming around. 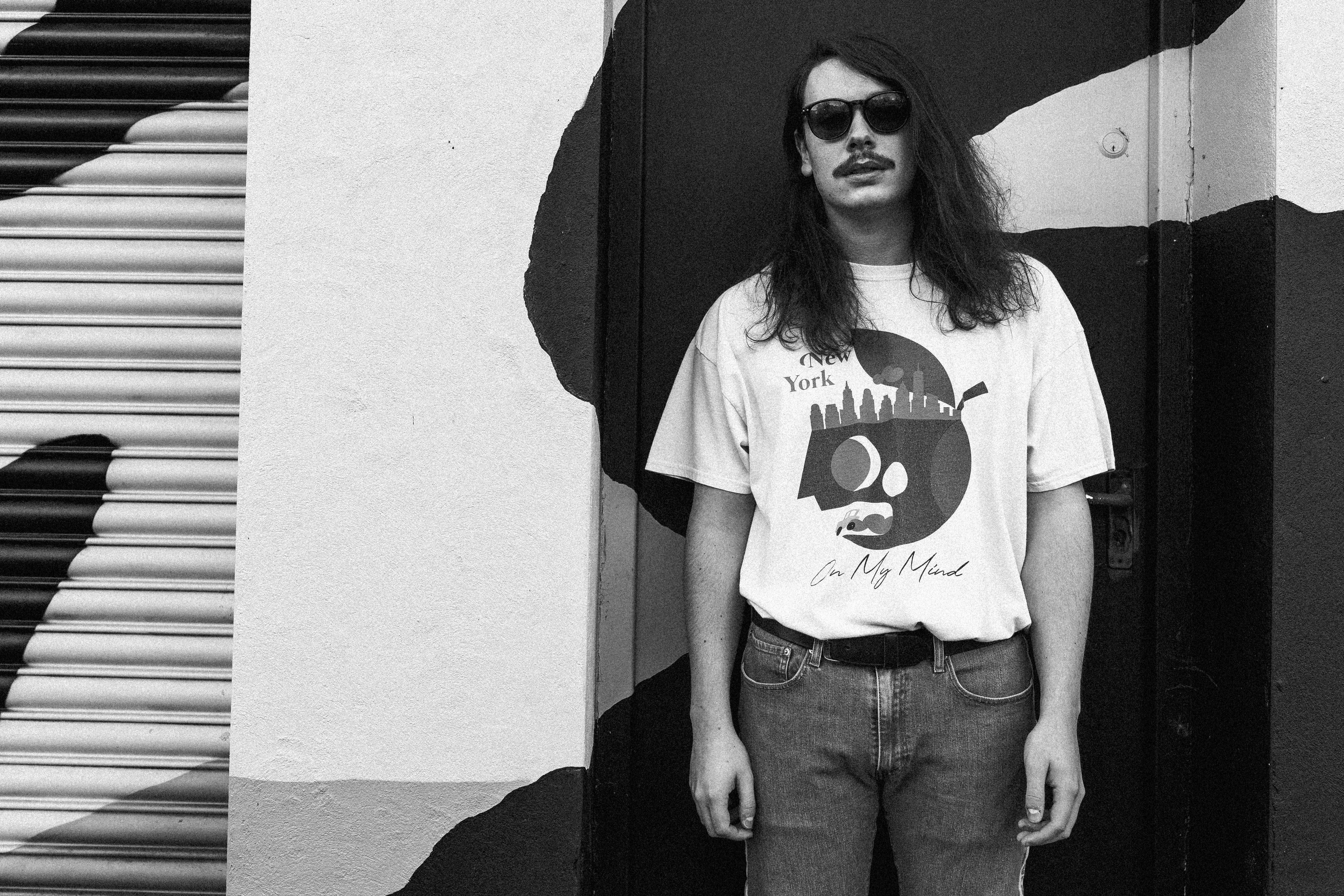 “Bedroom pop” may well be one of the most annoyingly reductive genre descriptions of the last couple of years. The idea that an artist is limited to making woozy, lo-fi pop in their dressing gown in between episodes of “Judge Rinder” and “Flog It” seems a little dismissive. A prime example of that is the very talented Trunky Juno.

Opening with a shimmering synth line that gradually absorbs warm textured guitar figures and a steady beat, Juno fashions the perfect washed-out bed for his perfectly pitched slacker lyrics. Delivered with languid passivity, the first line sums up what it means to be young and directionless. (“Waking up in your 20s / What you don’t know is in stereo”). The song steadily builds to a truly memorable yet wonderfully apathetic chorus. It’s a colorful, joyous thing with Juno showing off his undoubted knack in crafting the kind of hook seeps into your subconscious. It may even rouse you enough to crawl back into bed and pull the duvet over your head.

With “It’s a Trip”, Tricky Juno may just have pulled off the perfect slacker pop anthem. It’s far more than bedroom pop, although it does sound brilliant eating cereal at 4:00 in the afternoon. 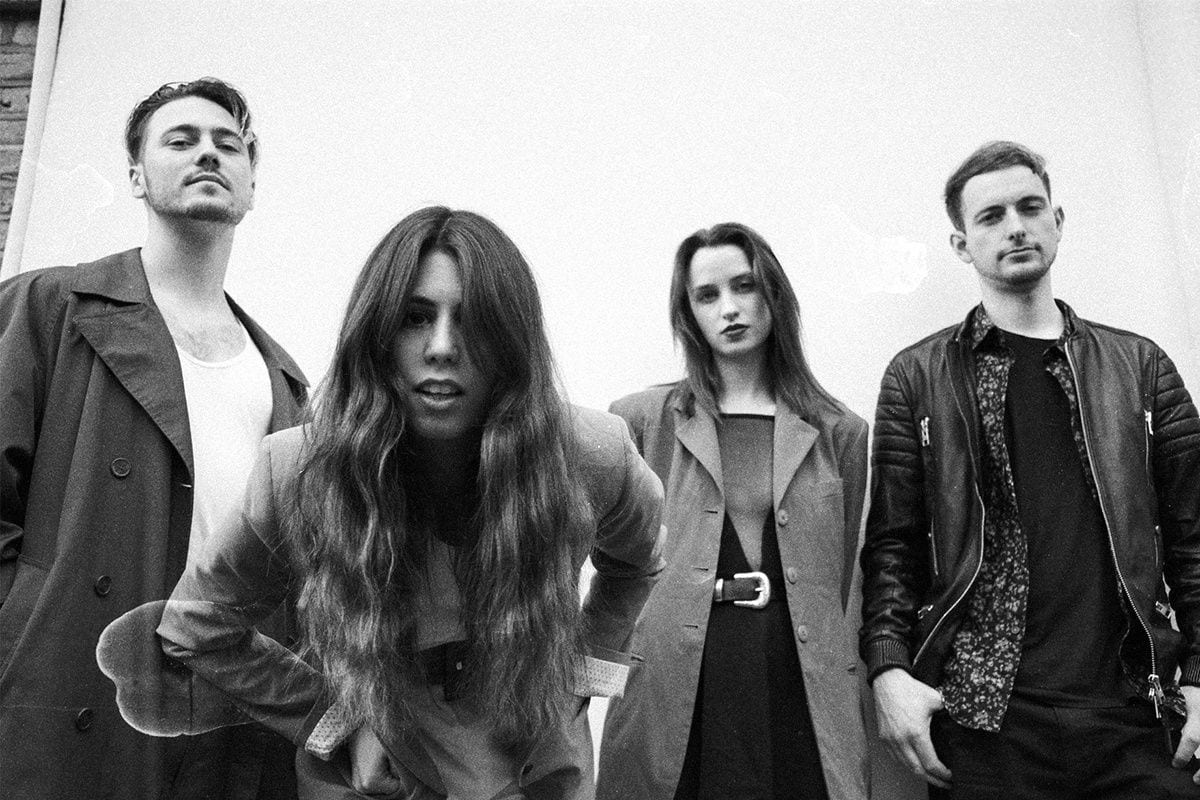 The latest monolithic indie banger from London-based, Two Tribes, is perfectly primed to send everyone at the indie disco home on a euphoric high. “Videodrone” feels like a song that has been in orbit since about 1992, picking up bits and pieces along the way. It’s an invigorating rush of spaced out baggy dance, trippy indie, and Balearic psychedelia with a little 1990s house for good measure. It’s the kind of song that manages to stimulate musical muscle memories while energizing some new ones.

With laser synths mixed with mystical rhythms and blissed-out vocals, “Videodrone” soon becomes a unifying, transcendental floor filler. Fittingly for a song that seems to bridge the gap between analogue and digital, the song is concerned with the effect of technology of the human experience. Two Tribes say, “For some of us, the amount of information available can be a difficult thing to process sometimes, we wanted to explore in this song that increasingly blurred line between mind and mechanism. The title takes inspiration from David Cronenberg’s 1983 film Videodrome, which carries similar themes about the cult of technology.”

With it’s far-out, spacy vibes “Videodrone” is the kind of song that makes you want to set up a massive pa in a large wooded area and see how far along the astral plane you can get before the police come.

Welcome to another edition of Brits in Hot Weather, our regular guide to some of the brilliant new-ish acts coming out of the UK. As always we have five songs from five superb British artists for your pleasure. One of these may just well be your new favourite artist.