Welcome to the second edition of “Brits in Hot Weather”, a regular guide to new British music with a very simple premise: Five songs from five new British artists that will make your day a little better.

I feel that, as this is the second edition, I should explain the relevance of the title of this feature. Many of you will know that it’s a riff on the Fall’s “British People in Hot Weather” from their 1990 album Extricate (which I got for my 14th birthday and which my girlfriend absolutely hated!) It is one of the most quintessential songs about the British character. A character that strips off to reveal it’s true self when the sun comes out. (“Have a heart-to-heart with your sister / People in shorts drunk before ya”).

Basically, we Brits don’t do well in hot weather (or cold weather, but I’ll save that for January’s edition) and we still have this idea that America is bloody warm so the song and the idea of British bands being introduced to American readers fits together. However, over the last couple of weeks, Britain has moved to about three miles from the face of the sun so it doesn’t really work now. Still, that’s what’s this feature is called and it will forever be known as such as I can’t think of a better title and it’s so hot that I am writing this with packets of frozen broccoli florets tied with twine to every limb.

In this edition, we have some graceful indie folk from Ella Grace, some roaring post-punk from Dead Naked Hippies, a blast of snarling indie from Annebel Allum, another superb release from PopMatters’ favorite Strange Boy, and a brilliant new, ambient techno track from WEN. 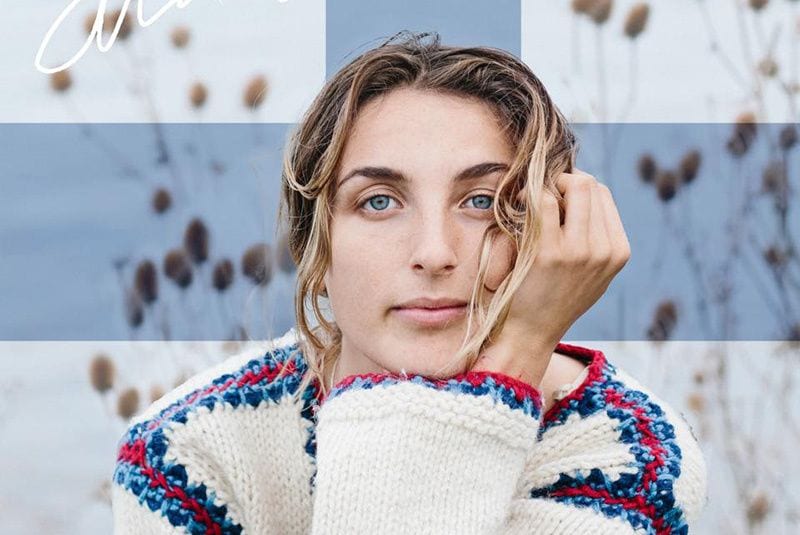 On the follow up to her warmly received single “Here We Are Again”, London-based indie folk singer Ella Grace manages to put a new spin on the classic singer/songwriting subject of a failed relationship. On “Run”, Grace recognizes that the agony of a broken heart can push you in a wholly unexpected direction. The pain might linger but the person who emerges at the other end is often stronger, exhibiting a new-found resilience. Something that was certainly true for Grace, as she explains:

“It was a super cathartic song to write and record, it was a message to someone I loved. I wrote it during a time when I was really split between two worlds. “Run” was this promise to try and stay with somebody whilst my heart was pulling me in other directions. It was a really bittersweet time for me and I think this track captures it perfectly”.

As such, Grace’s smokey yet mellifluous vocals display a refreshing honesty that comes from learning one of life’s most difficult lessons. With a bare-bones arrangement of lilting acoustic guitar and a steady bassline, “Run” gives Grace’s voice the opportunity to shine. Never overplaying the drama, each word seems to hang in the air like smoke from a newly extinguished fire. With a chorus that gently blooms to reveal new colours, “Run” is folk music stripped to its emotional core. 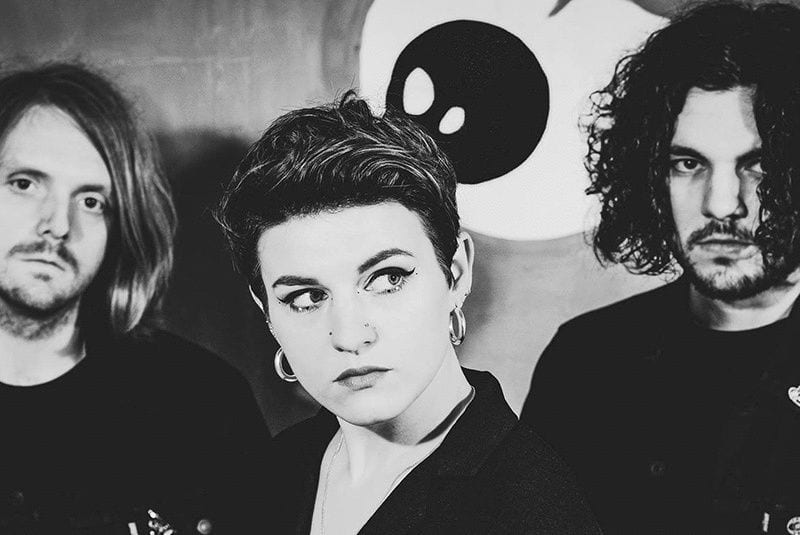 Since forming in 2016, Leeds trio, Dead Naked Hippies have released a slew of raw, caustic post-punk songs, barely held together by their own blood, sweat and tears. On new single “Guillotine” the band re-focus their musical attack, to craft their hookiest song to date that mixes hard-headed resolve and naked vulnerability.

Opening with understated, shimmering guitar notes, “Guillotine” soon locks into a steady groove before crashing headlong into a thrillingly scuzzy, visceral chorus. Sitting squarely in the eye of the storm are the vocals from frontwoman Lucy Jowett who fuses hope, confusion and despair into an explosive, soul-searching anthem that echoes the uncertainty and almost incapacitating ambivalence that comes after the painful dissolution of a relationship.

As Jowett explains, the subconscious clashes and confrontations that come after a break-up are at the heart of the song.

“Guillotine” is an exploration of grief” the vocalist explains,”It’s the fine line between wanting to retaliate to someone who has caused you hurt, versus choosing to cut out the dead weight they have created in your life.” 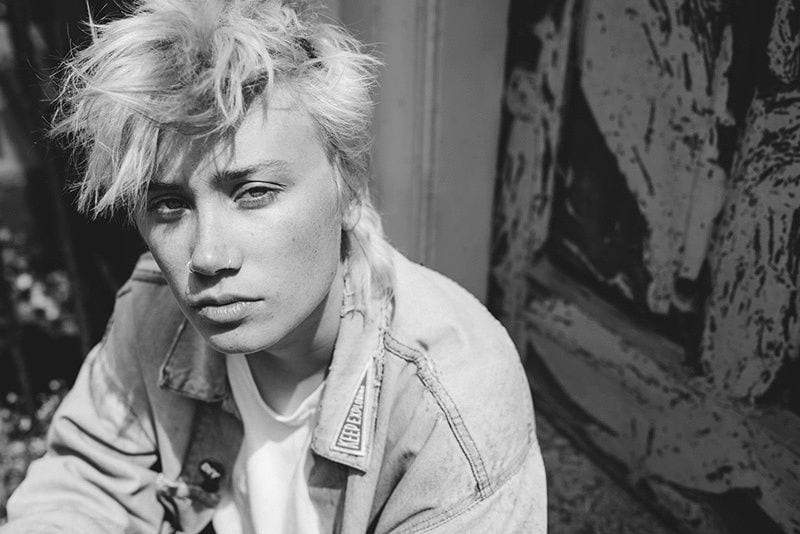 “Beat the Birds”, taken from Annebel Allum‘s second EP Sorry I’m Not Perceptible, kicks in the front door, swaggers to the bar and orders whatever the bloody hell it wants. Mixing PJ Harvey, Nadine Shah, and EMA, “Beat the Birds” is a scuzzy blast of grungey rock that percolates with bright, fizzy hooks, all coated with her incisive, trenchant wit.

The follow up to last year’s All That For What EP, sees Allum continue to blast out ballsy, slacker anthems in waiting but with a little more finesse. Exhibiting a clearer understanding of songwriting dynamics, “Beat the Birds” rushes headlong into the riot of guitars and drums, building to a hooky chorus that will leave a lasting boot print.

A brash and vital song from an artist whose face should adorn the walls of anyone looking for a new rock star to believe in. 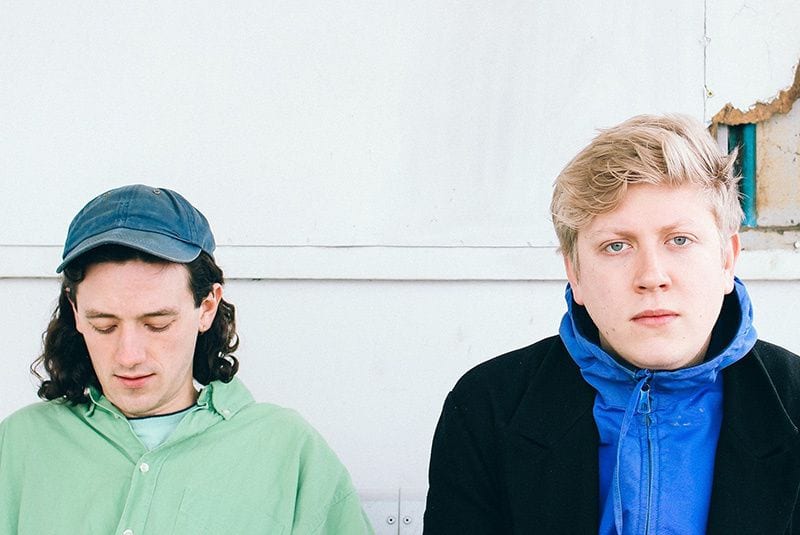 We, at PopMatters, have been keeping a keen eye on Strange Boy for a while now. We had the pleasure of premiering their single “Love Remains” and since then the electronic duo have seen their profile steadily rise, even being championed by none other than her majesty, Mary Anne Hobbes. “Suburbia” is their latest release from the EP of the same name and it is another soaring, sublime track from a duo with a genuinely unique sound.

Opening with a gentle, electronic pulse, “Suburbia” eases itself in before an oncoming tremor of beats and synths that rumble to the foreground. Throughout it all sit Kieran Brunt’s choral vocals, retaining a sense of calm as Matt Huxley’s filmic beats swell with tension. Before becoming crushed in the stampede the track launches skywards with Brunt following suit, showing the range and potency of his voice.

Realizing that what goes up, must come down the track falls sharply back to earth to land on a comforting bed of gentle, ambient synths. After catching its breath the song veers off once more with skittering beats that shock and jar as they ricochet into the distance.

It’s another brilliant song from the pair who are only going to see their stock rise still further. 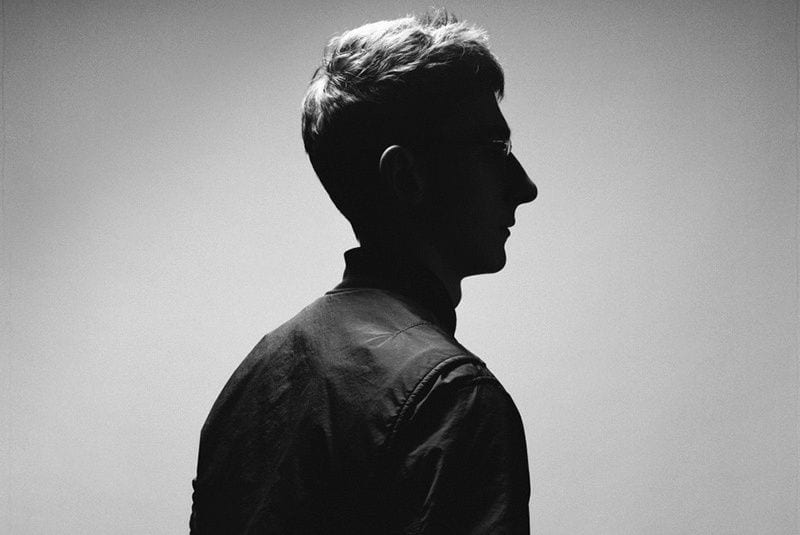 WEN (aka Owen Darby) follows up last year’s CARVE + GAZE EP with this track taken from his phenomenal first release for Big Dada, EPHEM:ERA. A hypnotically transient listen that celebrates passing moments of light and sound.

Centered around metallic, chiming beats like the tolling of church bells, WEN crafts a track seemingly displaced from any sense of time and place. Little surprise then that this track, as with much of the his album, was heavily influenced by 20th century architect Carlos Scarpa whose modernist approach took its inspiration from classical Venetian architecture. There is a reverential quality to the track like walking into a echoing, cavernous space with elongated synths that work like long shadows being cast against broad, lofty ceilings.

Soon scuffed beats and rising, bubbling synths bring it sharply back to the present as WEN mixes in a distant sample of a voice repeating the song title as if the listener is inadvertently eavesdropping on a conversation. WEN creates a wonderfully unhurried and atemporal track designed to make the listener ignore all distractions and just be.

I hope you enjoy all of the songs on this list. I had a blast putting it together. I say blast, I mean it’ll take me about an hour to carefully un-stick myself from this chair, but it was probably worth it though. Until next time, try and stay cool.