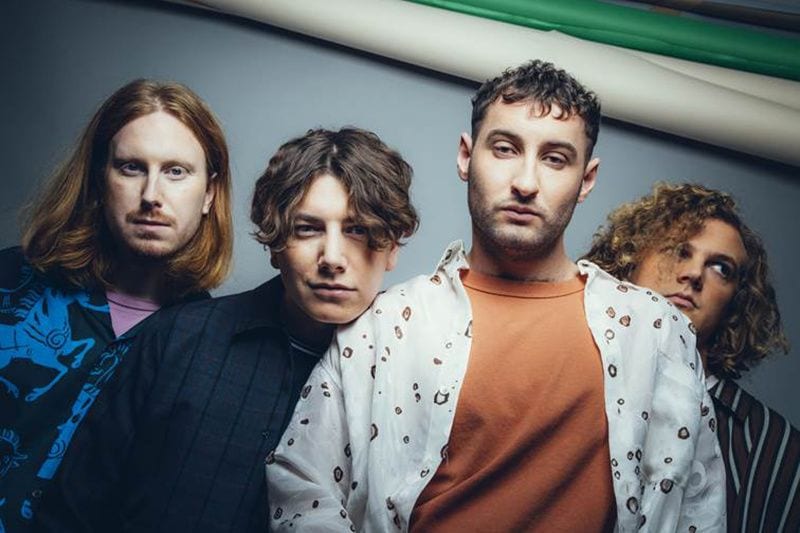 There’s a very real possibility that London four-piece Sea Girls could well go on to be one of the biggest indie bands that we’ve featured here in Brits in Hot Weather. There’s already a palpable buzz surrounding their brand of energetic yet sophisticated indie rock, and it’s easy to see why.

Convening at the point where the layered, thoughtful indie of the Maccabees meets the heavier, anthemic elements of Foals, their gloriously catchy new single “Ready For More”, is easily their best yet. Driven by a chugging guitar line and a twitchy, urgent rhythm section, the song quickly builds before breaking out into the kind of enormous, life-affirming, unifying chorus that demands to be bellowed back to them by a sizable festival crowd.

Lyrically, Singer Henry Camamile sounds both hopeful and downbeat at the same time as he holds a mirror up to his very worst excesses. They are the words of someone who has taken a long hard look at the very worst they have to offer and come up short on having the answers.

“Ready For More” already displays songcraft that most bands only manage on their third or fourth album, suggesting that Sea Girls are in for one hell of a career. In March they release their new EP, Under Exit Lights. 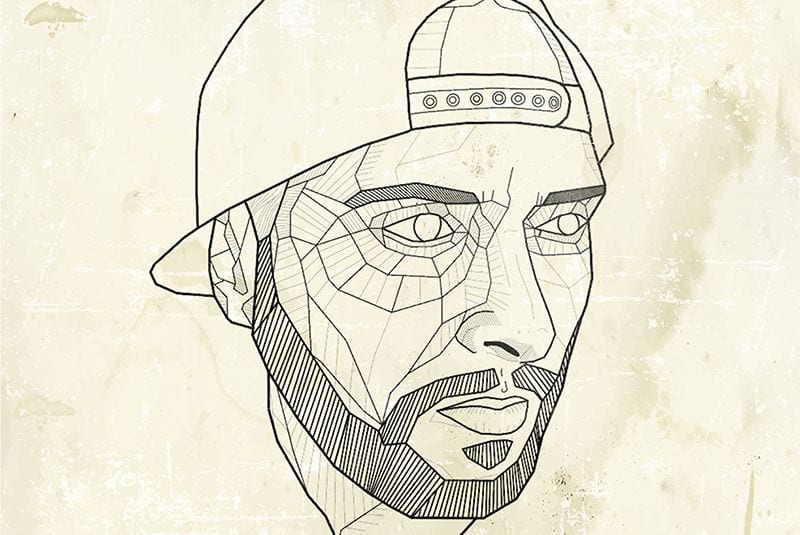 With remixes for DJ Lag, Jess Glynne, and Major Lazer under his belt, UK artist, Redfield (aka Neil Barrett), has steadily assembled an impressive body of work. Now signed to Diplo’s burgeoning Higher Ground label, he’s ready to show the world just what he’s about with the release of his debut EP, Pictures.

The title track from the EP showcases his style beautifully. Chock full of warming synth hooks, shuffling, deep house beats, and soulful vocal samples, it’s a vibrant, kaleidoscopic jam that could bring the love to any club crowd. It’s the perfect early summer banger for anyone who needs to trick their minds into remembering what being warm feels like. 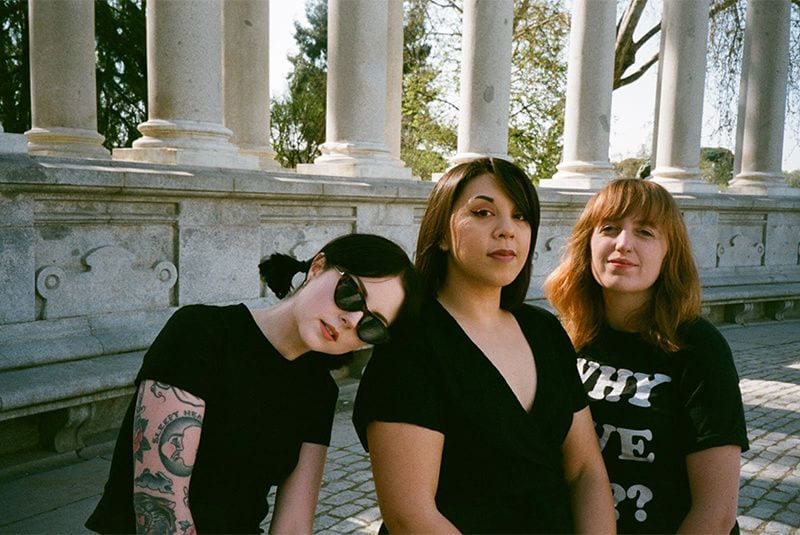 We all know we need to make changes. We know that for future generations to thrive, we have to do things differently. Whether it’s what we eat, wear, or how we travel, we need to change for the good. Quite literally, this is what the Japanese word “Kaizen” means, which is also happens to be the title of the new single from indie pop-punks, Peaness.

Bounding out of the blocks, “Kaizen” is a quick hustle of a song with the band showing off their playful, poppy side. Riding a springy bassline and a kinetic bubblegum-punk riff, the song pings around with all the boundless enthusiasm of an overstimulated toddler. Singer/bassist Jess Branney’s tightly wound, infectious vocals leap around the mix as an onrushing flock of hooks jam up the speakers.

All in all, “Kaizen” provides an important jolt of positivity and a reminder that we all have the power to effect change for the greater good. 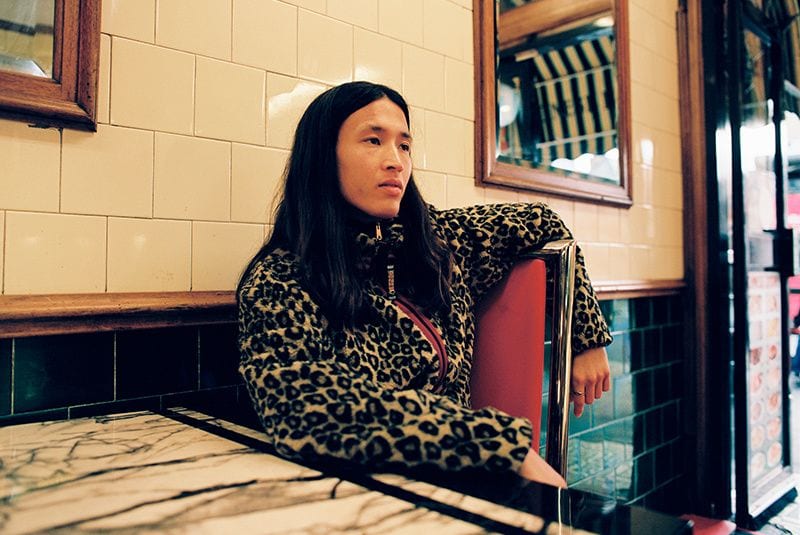 North London hip-hop artist Natty Wylah took aim at well-worn cultural stereotypes on previous single “WHOAMI”. Now’s he’s back with the follow-up, which dials down the social commentary, showing a more playful side to his music.

Trading in the jagged, shadowy sound of “WHOAMI” Wylah softens the edges and takes things in a more soulful direction. Built around a shimmering, neo-soul guitar line and a sample from Jorja Smith’s “On Your Mind”, his latest single, “Feel U”, is a mellow, early summer jam. It’s an interesting contrast to his previous work as Wylah easily shows he’s just as comfortable pulling off a chilled out, pre-summer anthem as a biting slice of social criticism.

Binding it all together is Wylah’s captivating yet strangely comforting, smooth flow that strips syllables of their jagged edges. Lyrically, Wylah does what every hungover singleton has done a million times, ruminate on what it means to find that deeper, stronger connection with someone and wonder just when that day might come. A universal and relatable theme from an artist able to pull off a range of styles. 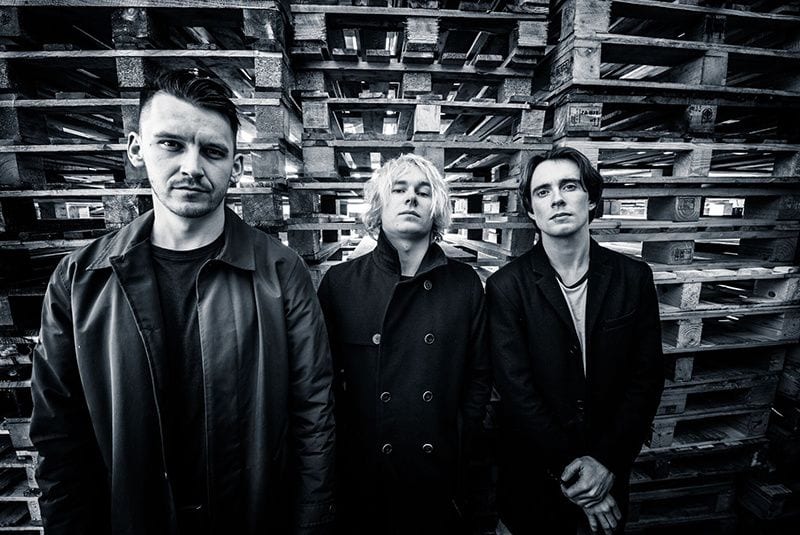 So here it is. Rockers False Heads have the (dubious) honor of being the 100th band featured in this here rundown of up and coming British talent. Fittingly, their latest incendiary offering caps off this 20th edition with a bloody loud bang.

Mere weeks away from the release of their debut album, It’s All There But You’re Dreaming , and with an extensive tour (including their SXSW debut) ahead of them, things are cooking nicely for the London rockers. Previous single “Fall Around” demonstrated the band’s ability to weave in more alternative pop dynamics amongst the guitar licks, but on “Rabbit Hole”, the band have written a full-on, hulking riff monster.

With a shuddering juggernaut of a riff scything through a whirlwind of thunderous drums the band launch into the song with such force, it threatens to trigger minor seismic activity. Sitting somewhere between the riffiest parts of Muse and the direct, barely controlled rage of Slaves, “Rabbit Hole” shows just what the band can do when they want to get heavy. It would be wise to get down to one of their shows to witness this song rattle the rafters for yourself.

It’s All There But You’re Dreaming releases on the 13th March.

Welcome one and all to a very special edition of Brits in Hot Weather, our rundown of some of the best new artists doing their thing in the UK at the moment. As always, the premise is simple. We introduce five songs from five artists for your listening pleasure. However, this is our 20th edition, so this week we include the 100th artist o the list. That’s 100 incredible artists that we have covered since we started. Everything from punk to grime to techno to jazz has found a warm and friendly home here which I reckon proves, without a shadow of a doubt, what a wonderfully diverse and thriving music scene there is in the UK right now.

This week’s edition is arguably our best yet. We have smart indie rock from Sea Girls, kaleidoscopic house from Redfield, fizzing indie pop-punk from Peaness, neo-soul-tinged hip-hop from Natty Wylah, and a full-on, monolithic rocker from False Heads. Enjoy!

So there you have it. Five songs from five British artists. As this is the 20th edition, we want to take this opportunity to thank the artists who have been featured. You are an inspiration to many people, and please keep doing what you do. Also, a huge thanks to the labels and publicists for your hard work. You guys make it all possible. Lastly, thanks to you guys for reading and listening. I have had some truly humbling feedback, and it means the world to me.