Well, who would have thought it, but I’ve managed to get myself together enough to write a brand spanking new edition of “Brits in Hot Weather” for your delectation. As with before, the premise of this feature is simple. Five songs from five new British artists that I hope will make your day a little better.

Before we crack on, I thought it worth saying a little bit about the Mercury Music Prize nominations as they were announced just as I was starting to put this together. Now, to me, as a British music fan, the Mercury Music Prize is still a big deal. Yes, all music prizes are arbitrary pronouncements made by people who often have no right to be judging somebody’s artistic endeavors. However, the Mercury’s always felt different. It has always felt a little closer to what is actually happening in music. It seemed more reflective of changing tastes and emerging sub-genres. What’s more, it was unafraid to take risks. These were the reasons I, like many others, were so disappointed by the list announced last Thursday.

While I don’t necessarily mind big acts being included, it seems that this year the judges have spent more time reading press releases than listening to the actual albums. They seem to have been seduced by talk of a bold, leftfield turn in a band’s sound (Noel Gallagher, Arctic Monkeys) without listening to the results. While brilliant albums will always, often inconceivably, fail to make the cut, the absence of amazing albums by Hookworms, Shame, and Young Fathers seems particularly galling this year. However, what is most frustrating is the total ignorance of electronic music in a vintage year that has produced career-best work from artists including Daniel Avery, Leon Vynehall, Jon Hopkins, and George Fitzgerald.

Hopefully, next year the list will be a little more unpredictable, a little less safe and recognise more of the phenomenal albums that will undoubtedly be released in the next year. British music feels in a very healthy state at the moment, and the aim of the Mercury’s should be to acknowledge those who would benefit from the exposure. Maybe someday one of the artists from this list will find their name on the shortlist.

So, this time we feature the stunning experimental electronic sounds of EMSEATEE, the full-blooded indie-punk of BlackWaters, the smooth drum ‘n’ bass of Djrum, the 1980s synth-inspired pop of Natalie Shay and the stunning, reflective indie of Night Flight. Enjoy.

This year has been a stunning year for the type of electronic music that experiments with sounds outside of the traditional ideas of genre. With incredible releases from the likes of Rival Consoles, Nils Frahm, Jon Hopkins, Leon Vynehall, etc. the new release from EMSEATEE (aka Leigh Redding), 21.06.2014, fully deserves to be mentioned in the same breath. Describing his sound as “organic house” Redding’s work is inspired by the jazz sounds he grew up playing and the avant-garde, electro-classicism of artists like Nils Frahm.

Opening with a reflective piano and a measured beat, Redding incorporates antiquated sounds such as a typewriter and a winding sound of what could be a clock. Redding uses these mundane sounds for a specific purpose, as he elaborates.

“In a nutshell, ‘Processing’ was written about a situation completely out of my hands. I tried to encapsulate the notion of a rhythmic routine, a process of scrutiny whereby the person affected was at the mercy of those conducting the situation.”

Halfway through the track bursts into a wondrous, cascading waterfall of electronic sounds guided by the same sonorous piano chords that bind the track tightly together throughout.

“I wanted the track to progress in a melancholic style until a momentary reprise acts as a release from the almost dream-like experience,” Redding explains. “The piano and percussive elements at the start were written in one sitting whilst the more uplifting second part was written after much reflection on the events at hand.” 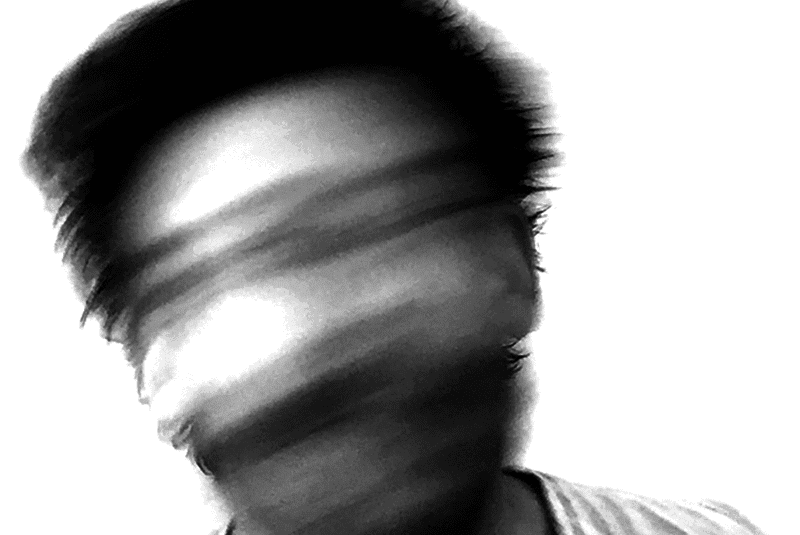 BlackWaters – “Pick Me Up”

Every so often a band come fully formed, bursting with hooks and with a visceral energy that makes your bones shake. A band that sound like they’ve been throwing their heart and souls against the walls of a locked practice space somewhere, waiting for someone to unbolt the doors. Sheffield based indie-punk band BlackWaters are just that kind of band.

Taken from their People Street EP, new single, “Pick Me Up” doesn’t so much start as erupt. Detonating with seismic drums, quaking guitars and a coarse, jagged bassline, the song opens with all the energy of a rupturing fault line. Peppered with frontman Max’s ruminations on the drudgery and mundanity of everyday life, the song continually flirts with the cliff edge. Before the momentum takes it over, the band dig their heels in with the kind of riff that can cement a band’s career.

BlackWaters have got that undefinable edge with the spirit of punk woven into their DNA. There’s a thrilling, anarchic desire to upend anything that has come before but also to be the band you’ve been holding out for.

People Street EP is out now. 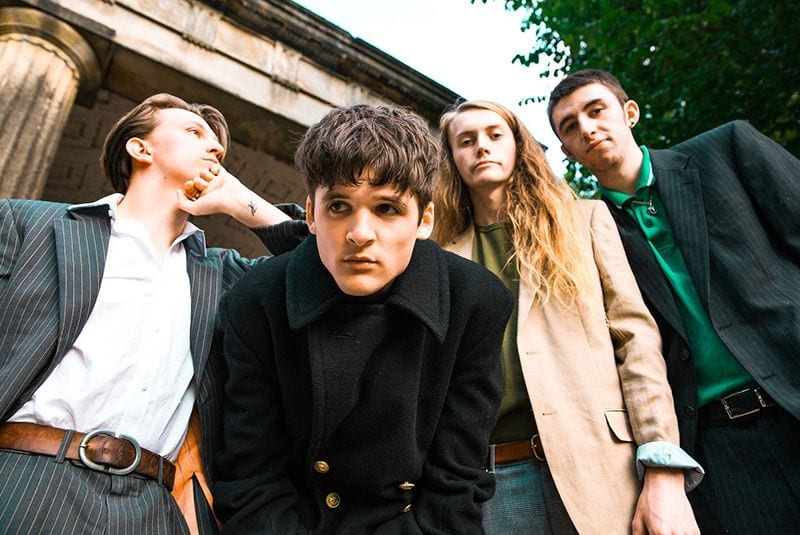 Drjum’s (aka Felix Manuel) forthcoming album Portrait With Firewood finds the classically trained jazz pianist and electronic artist overcome his reluctance to let people hear his piano playing and utilise it as the basis for the music he wanted to create.

That piano playing is the thread that runs through the latest single from the album, “Water’s Rising”. Opening with elegant piano notes that drift like a gentle breeze on a warm summer’s day, Drjum adds trip hop beats with heavenly vocals from singer/songwriter Lola Empire. As the track serenely rolls forward, Drjum punctures the track with the crackle of light before the track flares up, moving in a more kinetic drum ‘n’ bass direction. Rather than let it flame completely, Drjum extinguishes all but the understated, piano chords as it coasts to an emotive conclusion.

Reminiscent of the cool, sophisticated sound of Manchester duo, Lamb with hints of Roni Size and Massive Attack, Djrum is doing something genuinely breathtaking that proofs it’s vital to have faith in what you do.

Portrait With Firewood is out 17 August. 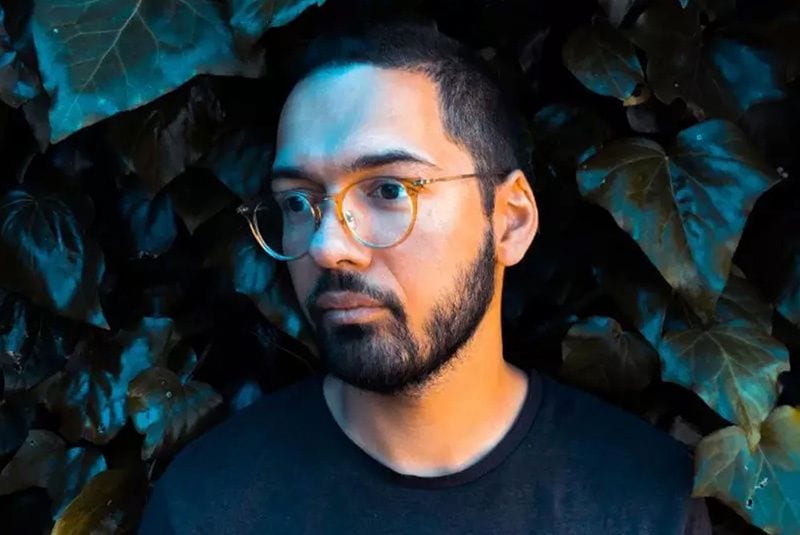 Since debuting her last single “This Feeling” with PopMatters all the way back in February, Natalie Shay has seen her stock steadily rise. Rather than rest on her laurels, she has taken the rather brave step of changing up her sound completely on new single “Perfume”.

“Perfume” sees Shay take her sound in a more 1980s pop direction eschewing the Vaccines inspired perky indie pop of “This Feeling”. Mixing dazzling electronics, bright, neon synths, and chorus drenched guitar the song spins vintage sounds into a fresh, summery groove. With the kind of irresistible chorus which you would quite rightly expect to hear all over mainstream radio, it’s the kind of song that seems to push the clouds away all by itself. 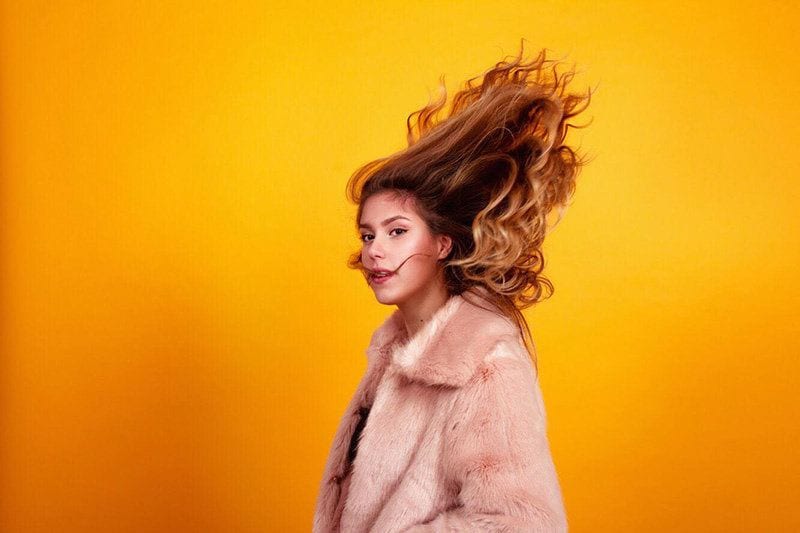 Although we premiered this song a few weeks ago, I think “God Knows” from London based indie band Night Flight deserves a little more of your time. A stunning new track in its own right, it has been elevated even further by an accompanying new video from director Chris Thomas that captures the songs essential theme of the single-minded pursuit of a dream at the expense of anything else.

Opening with a chugging guitar line that channels frontman Samuel Holmes’ sophisticated, reflective lyrics straight into your soul, the song recalls the best moments of everyone from Wilco to Band of Horses via the War on Drugs. It’s rare to find a new band who have the confidence to build a mood and maintain course, knowing exactly when to steer into a huge, life-affirming chorus.

With the release of the Carousel EP which features “God Knows” and their more fragile previous single “Parade” now is the perfect time to fall in love with Night Flight. 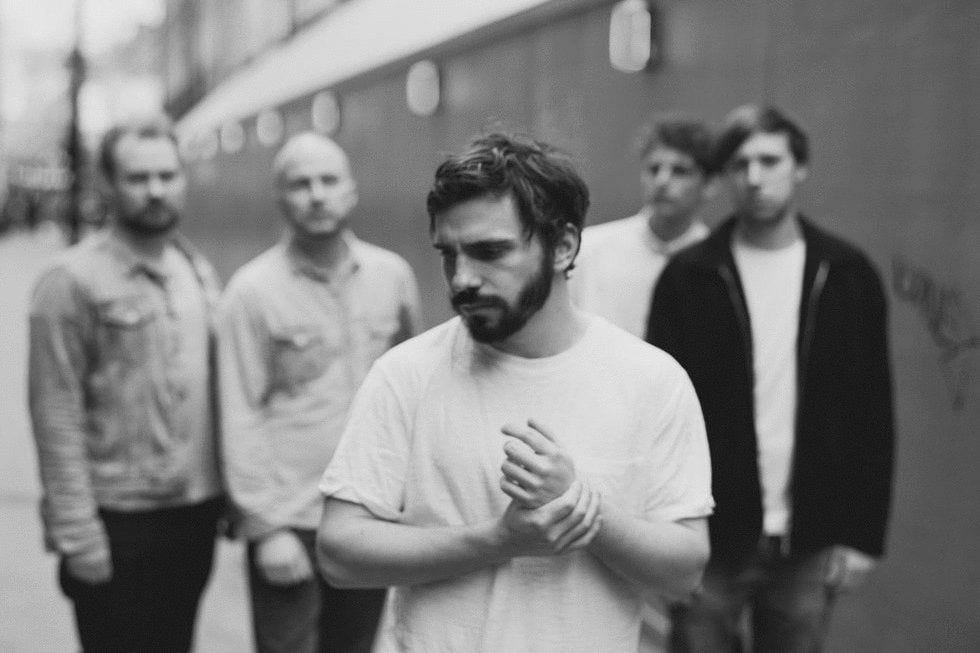