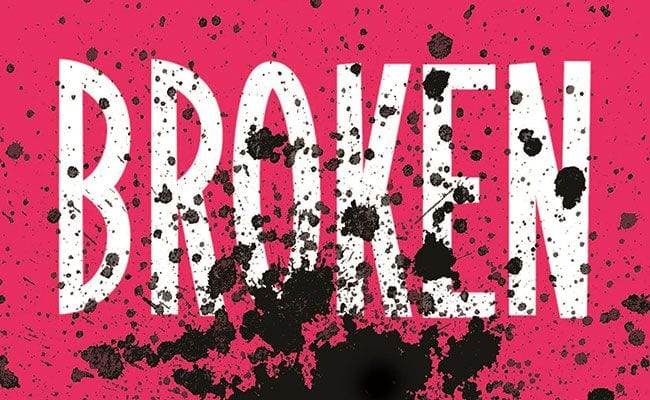 Composing a particularly lengthy book is inherently risky, as it can become increasingly difficult to maintain a focused narrative, uphold interesting protagonists, and achieve a satisfactory ending as the page numbers increase. After all, many of the most revered novels of all time, such as The Catcher in the Rye, The Great Gatsby, and 1984, are under 300 pages, while some of the most extensive tales, like The Stand, Infinite Jest, and The Lord of the Rings, have received notable criticism for their durations (although they’re still celebrated, don’t get me wrong). It could also be said that longer stories may turn away larger audiences; as with films, video games, music, and television shows, the majority consensus could be that brevity = better.

Fortunately, such a grand scope is required to tell the vibrant, captivating, and touching plot of Bruce Bauman’s sophomore effort, Broken Sleep. An MFA instructor and the Senior Editor of Black Clock literary magazine, Bauman is clearly well-versed in the world of fiction (in fact, his significantly shorter debut effort, 2006’s And the World Was, received praise from Booklist, L.A. Weekly, and Boldtype). With Broken Sleep, he’s surely outdone himself. At over 600 pages, it certainly isn’t among the most grandiose novels ever written, but it’s still quite an intensive undertaking (for both writer and readers). Luckily, its heartfelt scenario, complex characters, and fascinating structure keep it engrossing, relatable, and subtly earnest and beautiful from beginning to end.

Described by publisher Other Press as “a Pynchon-esque saga about rock music, art, politics, and the elusive nature of love”, Broken Sleep revolves around Moses Teumer, a Jewish English professor whose recent diagnosis of leukemia sends him on a quest to find a donor. Eventually, he also realizes that he was adopted, so he tries to find his birth parents, one of whom is Salome Savant, “an avant-garde [visual] artist who has spent her life in and out of a mental health facility”. Along the way, he stumbles upon his half-brother, Alchemy Savant (“the mercurial front man of the world-renowned rock band The Insatiables”), as well as Alchemy’s bellicose bassist, Ambitious Mindswallow (a.k.a. Ricky McFinn). Together, they, in addition to several other standouts (like Moses’ wife, Jay), become entwined in an intricate yet [mostly] accessible story about self-actualization, religion, responsibility, marriage, sex, trust, violence, mental illness, and artistry. It’s not always sufficiently comprehensible, but it never loses a shred of its intrigue or honesty.

Echoing the layout of many religious texts, Broken Sleep is divided into several “books”; in addition, its narrative is told from multiple perspectives (at different points in time), which is a clever way to give the characters, situations, and outcomes more depth and weight. All of Moses’ segments (which are told in the third-person) are called “The Moses Chronicles”, while the first-person sections, focused on Ambitious and Salome, are known as “Memoirs of a Useless Good-for-Nuthin’” and “The Songs of Salome”, respectively. Every so often, someone else leads the way, but for the most part these are the three perspectives through which readers experience Broken Sleep. Of course, this device isn’t always easy to pull off, but Bauman manages to make it feel both inventive and essential.

Furthermore, each character feels unique and fully realized, with thoughts and actions that are stylistically specific and consistently true to whom he or she is. For example, Moses is a kindhearted intellectual whose fragility and need to rationalize uncertainties often lead him to say or do hurtful things. He tends to feel lost and helpless amidst the chaos of his life, yet he’s a good man at heart and he always tries to do what’s right. To capture this, Bauman’s narration contains just enough commentary to remain poetic and subtle without becoming verbose. Take the following description for example:

As Moses listened, he thought about how the burden of his anger and frustration had dissipated, and he had come to forgive the failures and mistakes of Hannah and Jay—those he loved most … his own search for self-forgiveness remained ongoing.

As for Alchemy, he’s arguably the most morally ambiguous person in the book. As the attractive, charismatic, and highly talented singer/songwriter/guitarist of The Insatiables, he’s more or less a fictional amalgam of Paul McCartney, Bruce Springsteen, Joey Ramone, and Jeff Buckley. He’s always trying to do right by his band and family (especially Moses, with whom he has a rich yet shaky affiliation), but he also enjoys the stereotypical rock star lifestyle as much as possible. While he’s definitely a compelling character from the beginning, he truly shines roughly halfway into the story, when readers learn more about his absurd upbringing with Salome and see him reevaluate his priorities and destiny.

Speaking of Salome, she’s easily the most idiosyncratic, multifaceted, flawed, and entertaining persona in the story. A textbook example of an unreliable narrator, her analyses of the past, present, and future is filled with colorful language and profound insights. One is never quite sure how to gauge her intentions or commentary, as her prophetic delusions and ‘60s free spirit attitude results in some unbelievable choices and inferences. She’s far more than just a hippie, though, as her feminist intelligence allows her to access and conquer many hardships with wit and confidence. Best of all, just about every line she utters is quirky, mysterious, and hypnotic:

My theory is that after he was shot in ’68, there was no “real” Andy Warhol, just five skinny guys with bad skin wearing silver wigs who showed up everywhere. The real Andy had moved back to Pittsburgh and skulked around, hardly leaving his room with five TVs playing twenty-four hours a day.

I sensed the specter of Gravity Disease tainting her soulsmell of suede shoes and a champagne bottle’s cork.

While Salome’s observations are always enthralling, Ambitious undoubtedly offers the most distinctive and gritty bits of feedback in Broken Sleep. Born as the “twisted branch in a warped family tree”, his early years were never especially happy or hopeful, which is why he grew up to be a street smart rebel whose musical skills and philosophical outlook allowed him to find meaning in life. He spends much of his time describing the world around him, with a strong focus on the highs and lows of being in a band with Alchemy, and his cutthroat attitude and broken syntax reveals a bittersweet soul who believes that there is order and justice in the world — he’s just not quite sure how to reach them:

I feel like I gotta get out of there or I might have to kick some ass. Nova, the chicks we been talking up, and me, without saying goodbye to no one, hop a taxi uptown to party at the Plaza. We go up to my room and are just getting into it when my brother Lenny—fucking Andrew told him where we was staying—starts slamming his first against the door and screaming, “Ricky, why are you treain’ us like we’re some smelly ragheads?”

Above all else, it’s the relationships that make Broken Sleep so impactful. Almost every character is connected to every other character through unsteady bonds, so their histories jeopardize love for hate and their present circumstances risk trust for betrayal.

To discuss any more would spoil major plot points, but suffice to say that the dynamics between Alchemy, Jay, Moses, Ambitious, and Salome move between endearing, festive, tragic, and perplexing many times as the story progresses. Readers may not always sympathize or even understand their motivations, but that doesn’t prevent them from being compelling and relatable. Likewise, Broken Sleep may not always be a smooth ride (there are a lot of side characters to keep track of), but it’s a fulfilling, worthwhile journey.