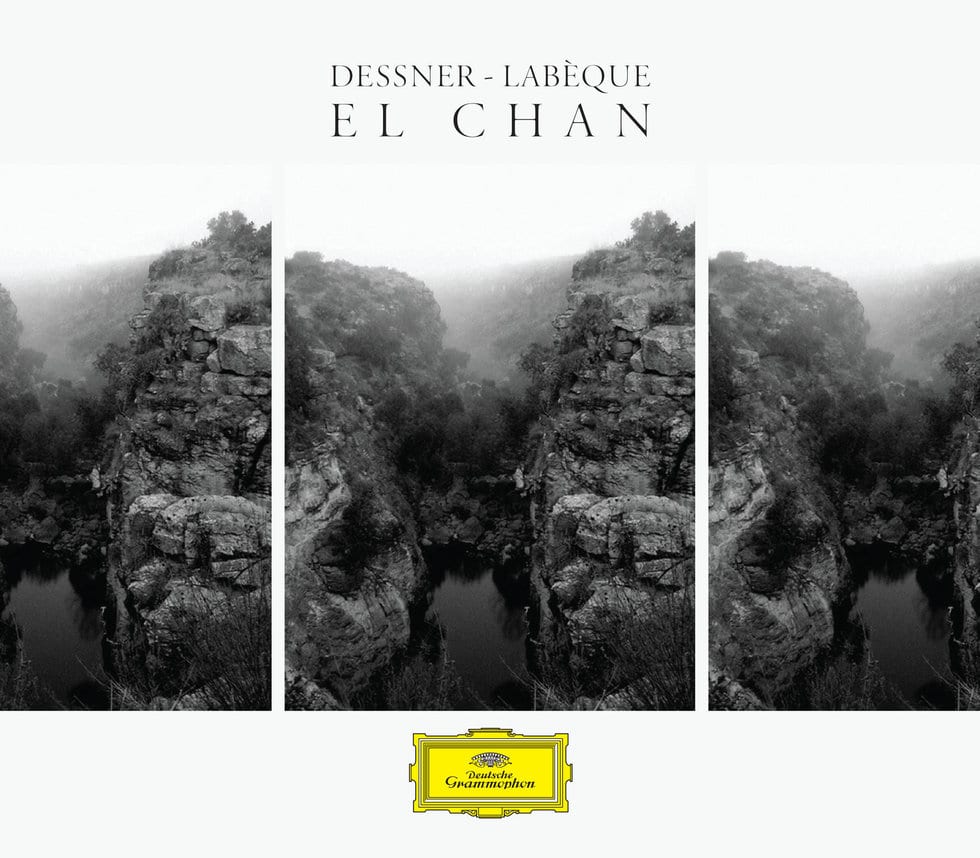 Bryce Dessner is a quietly astonishing musical polymath, with an impressive resume that seems to creep up on you. Today’s indie music fans probably know him best as a member of the National, along with his brother Aaron. When Bryce and Aaron compiled and produced Day of the Dead – a multi-disc Grateful Dead tribute album – a few eyebrows were raised. The National are Deadheads? What’s more, that compilation included – among many other great tracks – a solo guitar performance by Dessner called “Garcia Counterpoint.” In the meantime, Dessner has also collaborated with the likes of Steve Reich, the Kronos Quartet, various orchestras, and even helped created the soundtrack to The Revenant (along with Ryuichi Sakamoto and Alva Noto). Clearly, Bryce Dessner has moved well beyond the comfort zone of indie rock.

His latest work is yet another example of this type of musical ambition. It may even be his most committed enterprise to date. El Chan features the debut recordings of three pieces, performed by Orchestre de Paris (conducted by Matthias Pintscher) and pianists Katia and Marielle Labeque: “Concerto for Two Pianos”, “Haven”, and “El Chan”. While Dessner has worked extensively within the atmosphere of both large orchestras and smaller-scale classical units during the National’s downtime, it’s something of a shock to hear music this gorgeous and intricate performed by someone best known for slinging an electric guitar on the rock festival circuit.

“Concerto for Two Pianos” opens the album with a majestic sweep; cascading piano notes and orchestral stabs greet the listener immediately, but it’s fiercely melodic and lacking much of the modern atonality that, say, Jonny Greenwood – another rock musician with a knack for classical composition – is known for. The composition acts almost like the soundtrack to a film that never was – Dessner has a way of manipulating the listener with motifs and jarring shifts that recall typical film music. There’s also a penchant for early 20th century Americana – Much of the more energetic sections have a Coplandesque feel. In the second movement, the slower tempo is more reflective and eerie, with occasional flashes of busy complexity bringing to mind the clatter of Messiaen or Boulez. But still, strong melodies and inspirational bombast – especially as the third movement brings everything home – keep this from sounding like a true avant-garde piece.

Dessner shifts gears with “Haven”, a piece for two pianos and two guitars that confirms his admiration for the repetitious nature of the works of Steve Reich. But it serves mostly as a reverent tribute to the master minimalist composer and not a hackneyed copy job. Here, the Labeque Sisters are joined by guitarists David Chalmin and Dessner himself, and the interweaving of the four instruments not only recalls Reich’s compositions but similar works by the likes of Adrian Belew and Robert Fripp. Following up the ambition of the piano concerto with the more scaled-back “Haven” is a brilliant move and required listening for anyone who doubts the eclectic nature of modern classical music.

Closing out the album is “El Chan”, a piece for two pianos written for and inspired by Revenant film director Alejandro González Iñárritu. The composition consists of seven movements and is a herculean task for the Labeque sisters, who are required to move through a maze of slow, meditative sections as well as more complex, often dizzying portions. The composition is equal parts playful, deathly serious, aggressively melodic and just plain aggressive.

In 1986, Time magazine put David Byrne on its cover and called him “Rock’s Renaissance Man”. More than 30 years later, Byrne is still making fresh, inventive music. But with his forays into indie rock, folk, jazz and both small and large-scale classical music, Bryce Dessner may be the 21st century’s Renaissance Man. El Chan makes a strong case for that.