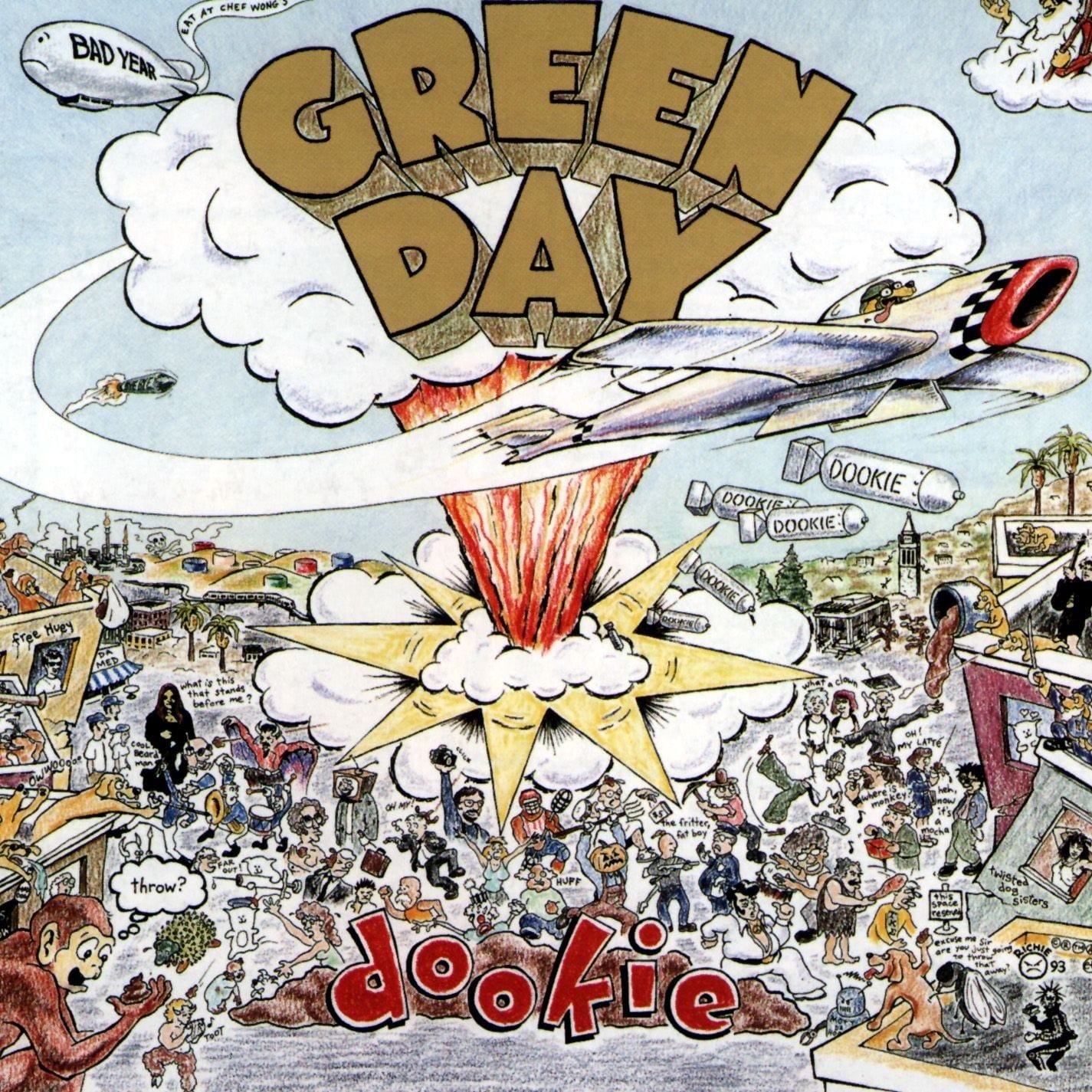 In the Green Day episode of the VH1 documentary series Behind the Music, Mike Dirnt commented, “We’ve never been entirely embraced by the punk rock community because we do sing love songs.” The radio-only single “She” is doubtless an affront to such punk hardliners. Written by Billie Joe Armstrong for an ex-girlfriend, “She” is all about wistful pining for that special someone, aided and abetted by poppy chorus harmonies. But it’s also one of the punkiest tracks on Dookie, faster and more bracing than most anything else on the record. Like first-wave punks the Buzzcocks, Green Day demonstrates with “She” that sometimes the best way to convey romantic yearning and anticipation is through punk’s short/loud/fast credo, and that’s something close-minded practitioners of the genre should never forget.

I’ve always considered “She” to be a perfect companion to “Basket Case”, the preceding cut on Dookie. I always listen to them as a pair. The band seems to hold a similar inclination, as it often performs the tracks back-to-back in concert. In a way, “She” ups the ante of “Basket Case”, offering something similar but approaching it with more speed, power, and simplicity. “She” takes its cues from “Basket Case” early on, opening with a sparse rhythmic backdrop (highlighted by Dirnt’s pulsing three-note bassline) that allows Billie Joe Armstrong to take center stage as a lyricist. Sounding almost as if he’s mere inches away from the listener, Armstrong tenderly paints the scenario of a girl unsatisfied with the predetermined life she’s trapped in. With a “sullen riot penetrating through her mind”, this girl is “waiting for a sign” (i.e. him) that will impel her to break through her silent suffering “with a brick of self-control”.

Living up to the punk genre’s standard expectations, once Armstrong’s guitar joins the fray he forsakes anything fancy for the simplicity of three barre chords (a fourth fleetingly appears in the chorus), delivering them with a passionate attack that would have been less effective he had relied on single note licks. During the choruses, Armstrong switches his lyrical perspective to talk to the subject of the song directly, achingly asking her, “Are locked up in a world that’s been planned out for you? / Are you feeling like a social tool without a use?” Interestingly, Armstrong doesn’t cast himself as a knight in shining armor coming to rescue his love. Instead, he offers to bear the weight of her world on his shoulders, telling her, “Scream at me / Until my ears bleed / I’ll take it in just for you”.

For the second verse, Armstrong resorts to palm-muting his chords, making the section brim with anticipation of the release offered by the chorus. The song climaxes at the end of the second chorus, where Armstrong unleashes a full-bodied scream before launching into the bridge section. Here, Armstrong hammers out his straightforward chord progression as if he were whipping up a show-stopping guitar solo frenzy. And in a way, he is. The sheer conviction of his playing makes ordinary G, D, and C chords (performed on an instrument tuned down a half-step, as is almost every song on the album) as potent as any guitar hook he wrings out elsewhere on Dookie.

Dirnt and drummer Tre Cool aren’t to be overshadowed here, though. Dirnt tackles melody duty, making his instrument’s notes bubble up against Armstrong’s nigh-impregnable wall of chords to add color. Cool gives his drum part a driving intensity, hitting his snare first on the second and fourth beats of the measure, then in unison with his cymbals on every downbeat, and finally executing a simply awesome rolling fill to top it off, only to do it again for the second run through the chord progression. While the final chorus no different than the others, the song’s closing moments are so informed by the energy from the bridge that by the end it seems like Armstrong’s message has become all the more urgent and inviting.

Hitting radio in 1995 as the fifth and final single from Dookie, “She” peaked at number five on the Billboard Modern Rock Charts, and number fifteen on the Mainstream Rock Charts. The fact that not only was it the fifth single pulled from the record, but that it did so well, is indicative of both what a sensation Dookie had become over the course of a year as well as the album’s consistency. It’s not unusual for a multi-Platinum album to yield so many singles, but often there’s a drop in quality once record companies start delving deep into the records for a fifth or sixth potential smash. “She” may not have the endlessly-quotable lyrics of “Longview” or “Basket Case”, the fist-pumping anthemic drive of “Welcome to Paradise”, or the sheer pop perfection of “When I Come Around”, but its unbridled heart-on-the-sleeve passion makes it as good as any of those cuts.