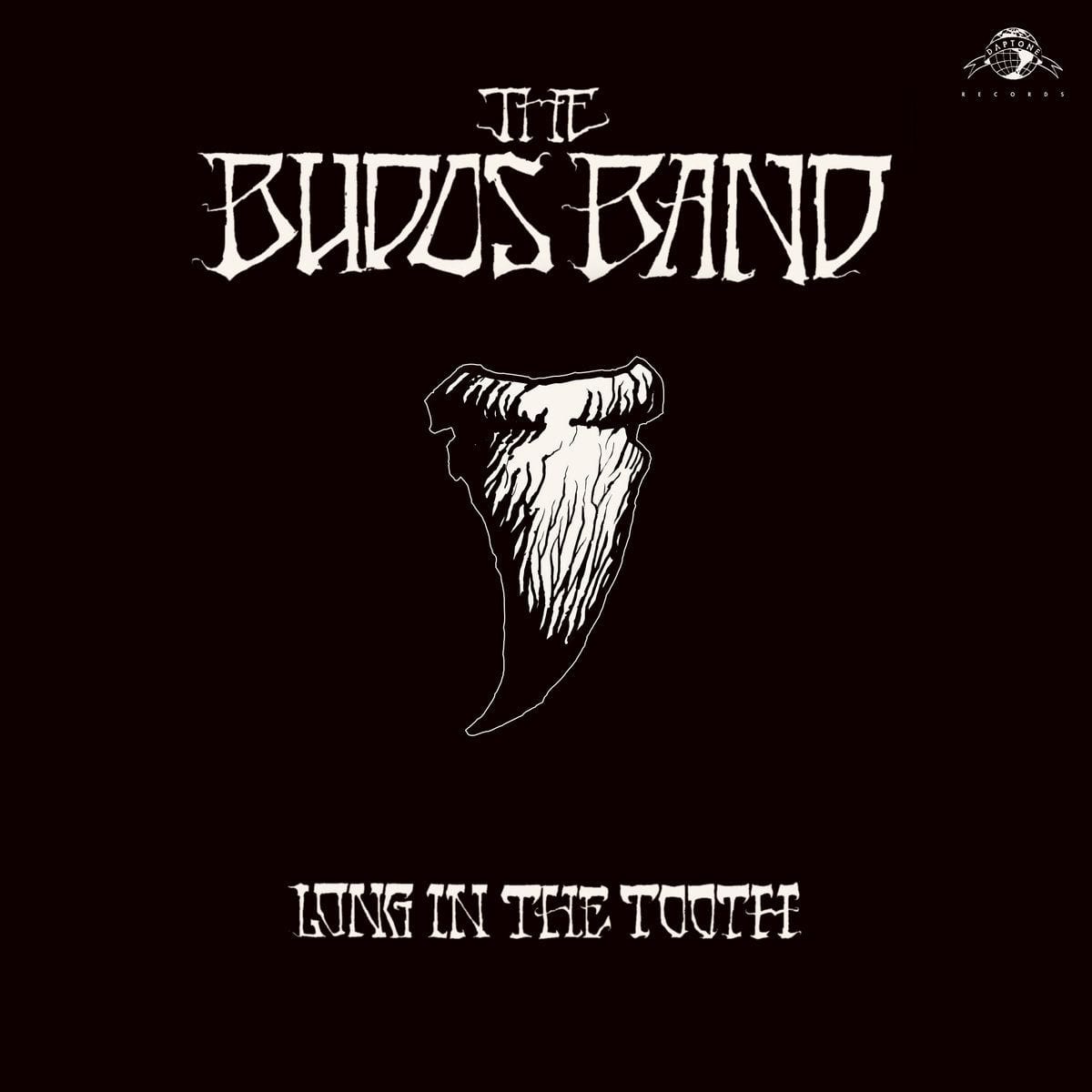 Long in the Tooth
The Budos Band
Daptone Records

The title of Staten Island-based instrumental funk group Budos Band’s upcoming 15th-anniversary album, Long in the Tooth, is a perhaps obvious but no less satisfying piece of wordplay that speaks to both the group’s longevity and style. Evocations of the snake have long been key to Budos releases, fitting visual analogues for the group’s serpentine style as they wind back and forth across the borders of retro cinema, golden age Ethiojazz, and psychedelic soul, all with a sinister edge. On Long in the Tooth, we find Budos Band on the attack once more with renewed fervor, fangs truly bared.

It begins with the title track, a ferocious cut that sets the tone for the whole album. Mike Deller’s organ chords kick off the piece with an urgent pulse; one soon joined by Brian Profilio on sharp, driving drums. Overlaying Daniel Foder’s sinuous basslines, Thomas Brenneck on guitar brings all the drama of a Morricone-scored showdown. Ever emblematic of the band is its horn section — Andrew Greene and Dave Guy on trumpet, Jared Tankel on baritone sax — which here seems to sound the charge forward in brassy chorus. Completing the ensemble is Bobby Lombardo on congas, adding a final subtle reference to 1960s and 1970s spy thrillers.

An otherworldly whirring bridges the gap into the next track, “Sixth Hammer”, a particularly bombastic song filled with electronic echoes during which Tankel belts out a fiery solo that gives the piece a distinct peak. “Snake Hawk” lays low, for the most part, a brief and almost interstitial piece, especially compared to following track “Dusterado”. Here, the band are resolute, a militaristic drum cadence introducing wailing trumpets and the sting of Brenneck’s guitar. It’s a perfect framing of the group as grand funk outlaws — a reputation further explored as “Silver Stallion” starts up. A particularly clear example of the dynamism that sets the group apart from other instrumental funk ensembles, it sees them move through moments of conflict and ecstasy. A trumpet mimics a horse whinny just over a minute in, and as the track nears an end, the guitar launches into a frenzied, Hendrix-worthy solo that gallops into the distance.

Lombardo’s congas move at a rolling pace on “Haunted Sea”; Brenneck gives us yet another a jagged solo that adds ghostly energy to horn-signaled peril. “The Wrangler” reaches apocalyptic heights, and “Gun Metal Grey” is nimble and action-packed. “Mierda De Toro” is a fearless face-off with wavering horns that bring to mind the tension of a bullring. Here, the conflict building throughout the album unquestionably comes to a head, but just as it seems ready to boil over, the “Budonian Knight” appears, triggering a majestic penultimate composition. A coolness cuts through, paving the way for transcendent final track “Renegade”. Beginning with an introduction that directly references the pentatonic modes key to Ethiojazz, it soon slows and expands into a state of zero gravity before twisting around to seemingly move backward and vanish, pulled into a gust of sonic wind.

When a band’s reputation precedes it, it can be hard to imagine that there are still surprises in store from a new album. Despite this, Budos Band, whose name instantly conjures up specific sounds and even images, is continually pushing into new territory. Long in the Tooth feels timely as a catharsis, but also mostly unexpected in terms of the immersive soundscapes and unspoken stories it contains. For a group halfway through their second decade — one that could likely coast on its established fanbase and tried-and-true formula of psych-rock and soul — this is no small feat. Daptone Records’ most roguish staples have an enviable career and a sense of style that keeps on giving, and Long in the Tooth, for its ingenuity, is a vibrant continuation of that.