With the group’s back catalog reissued and half a decade of live shows bringing new interest in Cabaret Voltaire, Kirk opted to record a batch of new songs, culminating in the eight that comprise Shadow of Fear, an LP reflective of the times in which it came out: amid a global pandemic and global political unrest, and perhaps, in some capacity, predicting them.

Sonically, it’s a dark, frequently spare recording that captures the classic Cabaret Voltaire spirit while advancing it into a new decade: Enigmatic samples cross the sound spectrum amid beats that one can easily dance to while contemplating the unraveling of society. Opening with truly hypnotic “Be Free” and closing with a statement of the (dis)union via “What’s Goin’ On”, Shadow of Fear is the dark, electronic-driven work that we perhaps needed most of all in these times of deep uncertainty. That said, it’s not all doom and gloom. Humor pervades and perhaps prevails amid the rhythms, samples, and stark melodies — and Kirk is happy to offer listeners more of it.

Speaking with PopMatters from his home in England, Kirk is happy to discuss all things current, whether Brexit, COVID-19, or the new generation of fans who have come along in recent years. “I’m don’t really know what a fanbase is if there is a fanbase,” he says. “I suspect there are people who want to buy the reissues and would be happier to see the other two guys rolled back in and older material being performed. I have no interest in that. There are younger people who started coming to the shows after 2014, and maybe they knew the name but not much else. They seemed to love what Cabaret Voltaire is now, so that’s good enough for me.”

You’ve said that you were finishing the record as the world started going deeper into hell.

[laughs] It was strange because when I was making some performances, we had this big, crazy thing with Brexit in England. There was a lot of division, a lot of hatred. I thought, “This is completely insane.” Then, alongside that, you’ve got Mr. Trump coming into power. The shadow of fear was certainly building in the air. The next minute, we have the pandemic, and everyone’s locked in their houses.

I know the US has been hit very badly because of what seems to be mishandling and misinformation about this virus’s danger. I think that pretty much the same thing happened in England. Everything’s just been shut down again. They opened up too soon; they didn’t allow enough time for the lockdown to be effective. I didn’t make the album about that subject. It just crept into my psyche.

I’m curious if you see parallels between this and the British economy in the ’70s when things were very much wobbly.

I’m old enough to remember that in the early ’70s, there were blackouts, power cuts, and people were dealing with the three-day week. That was bad and quite shocking at the time. But I was young. When you’re young, it doesn’t hit you so much. What’s happening here with the pandemic is that many young people aren’t getting infected and want to be out partying with their mates. They don’t realize that there may be consequences to those actions. But I think that what we’re up against at the moment is worse than what was going back then.

I’m getting older and have a new appreciation for life now that death is everywhere.

[laughs] Fucking hell, you’re right. Maybe that was in the back of my mind when I was finishing off the album. Maybe I’m thinking about my mortality. I’m 64 at this point and maybe thinking, “Am I going to be spending the rest of my days stuck at home? When do I need to get on the tape like some of these survivalist guys that you’ve got in the US?” It’s quite easy to think that we could have some civil unrest, some breakdown of law and order if there are food shortages and the cash machine can’t work anymore.

What makes it worse is if you turn on the TV or the radio, they just don’t leave it alone. You know? Turn the radio on, the first words you’re going to hear are COVID-19. Then you’re going to hear it a lot more; that kind of whips people up into kind of a panic. They’ve told people, “Stay indoors. Make sure your hands are clean.” All the stuff you need to protect yourself. Maybe that should be enough, instead of just constantly mentioning it. It starts to feel like you’re in North Korea and starting to experience some kind of psychic propaganda. It’s very strange.

It’s very interesting if you have an interest in conspiracy theories and paranoia.

How did you approach this album from the perspective of the technology that’s available? I think there’s a tendency sometimes to overstuff recordings with everything available. There’s a lot of space on this record. Were you aware of that as you were writing that you wanted things to have air and room?

Sometimes I do cram too much into a piece of music, but I wanted it to be, like you said, more staid. Maybe a lot of music that I listened to, a lot of the influences I have, from the ’70s, a lot of that was quite [spacious]. It’s been made using older equipment and slightly newer equipment. I do have ProTools, and the thing with that is that you can keep tearing back the music quite easily. You can save each version and see which one you like the best.

It’s like what Miles Davis told Herbie Hancock. Herbie said he didn’t know what to play. Miles said, “Don’t play anything if you don’t feel it.” Leave it out. That’s pretty cool. 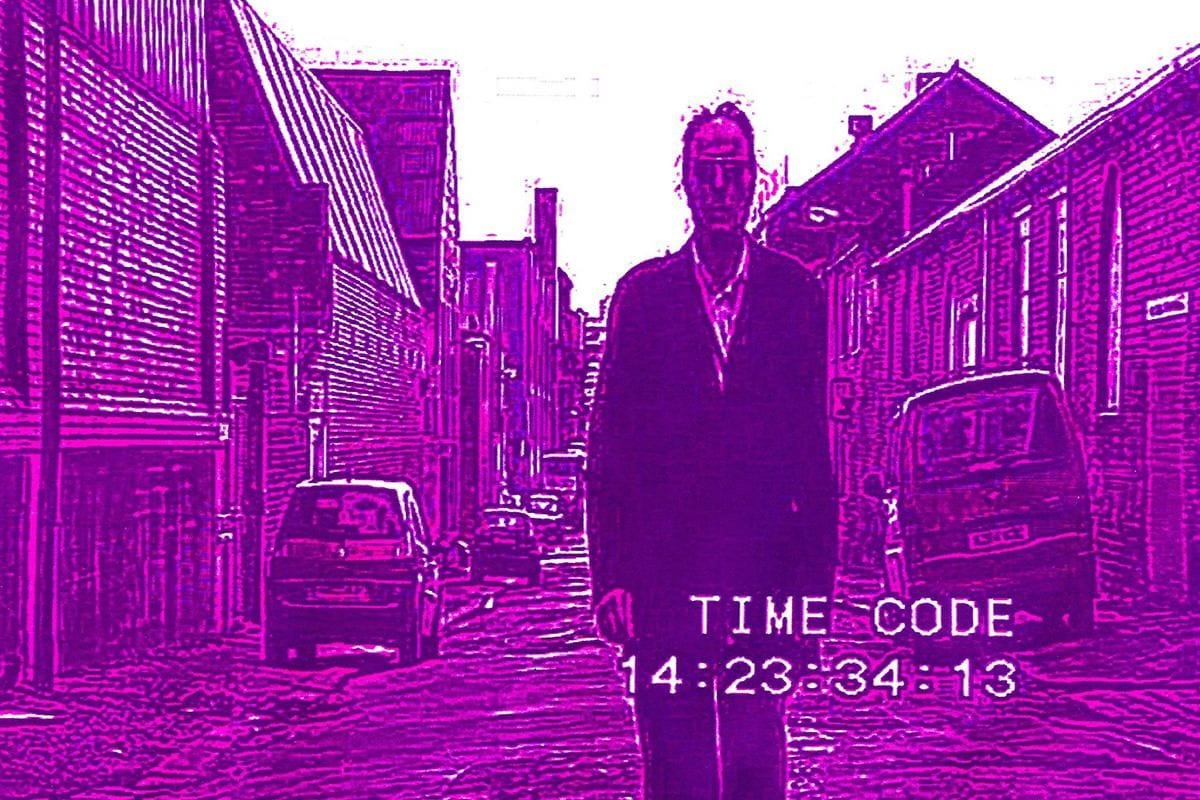 We often talk about technological advancements, but as one thing is replaced, another is lost. Are there sometimes things you miss about older technology?

I still use analog synthesizers. I’m not sure why the equivalent version of that thing from a laptop is not quite good, especially the bass. Most music technology now is digital. That started to happen in the late ’80s with samples and computer sequencing, and various computer processing that became available. I don’t think that much changed since that time. Most of the music software that you buy today is doing the same functions. I’m sure a lot of people out there would say that’s wrong. But I don’t hear anything or see anything that tells me otherwise.

Are samples ever the springboard to a composition, or do they tend to come later?

Both. Sometimes a composition can start with three or four words from an obscure B-movie or TV show. A track can be constructed around that. Sometimes, a track could be constructed, and the vocal samples could be added once the track is more formed. There’s no rule about it.

One of my favorite pieces on the record is “Universal Energy”. What do you remember about the evolution of that piece?

That was written for the first live show in 2014. It was maybe in a cruder form. But I wanted to make some of the music quite rhythmic and dancefloor-friendly. That was one of the pieces that I wrote with that in mind. But I also wanted it to be atmospheric as well. It can get quite out there in terms of being psychedelic or something.

You close the record with “What’s Goin’ On”, which people are likely to read as an intentional nod to Marvin Gaye.

I found the snippets of the voice when I was building the track up. It was pretty obscure. That was one of the first tracks I wrote for the new project. I had the vocal pieces. I was aware of the Marvin Gaye album, and I thought it was a nice name-check. He made that album in a troubled time with the war protests. It was certainly [something I was aware of]. It was one of the last pieces I finished.

We’ve got this killer virus on the planet and all these other things that have been going on. It felt right to pose that question at the end. I’m not sure anyone’s going to take comfort from it, but I thought it needed to be stated.