Much has been said this decade about the unlikability of Lena Dunham’s characters, and of Dunham herself. Girls, which aired on HBO for six seasons, nailed the privileged urban millennial milieu, captivating and infuriating audiences in equal measure. It was a series well-attuned to the pouty entitlement of its characters, and yet it nearly always managed to come down firmly on their side. That Girls was consistently and undeniably a hot topic, whether in good or bad standing, positioned its creator as an influential voice for the 2010s.

Unfortunately, Dunham’s latest TV effort with her long-time writing partner Jenni Konner is an altogether underwhelming one. Camping, starring Jennifer Garner and David Tennant, arrived in October with little fanfare and received predominantly negative reviews. In a sense, though, poor reviews were the least of the show’s worries. Dunham hasn’t been in good standing with the public in a while, be it for Girls‘ racial blind spots or her many PR gaffes, and a new TV show, especially one on the same network with which she established her fame, had the potential to reignite the flames against her. (Despite backlash, she’s managed a steady following in the past few years, publishing a book of essays in 2014 and managing Lenny Letter until last month.)

That Camping has been able to fly mostly under the radar, save for a handful of tepid reviews, is a small victory in itself. It turns out that the show, adapted from a British series of the same name, isn’t really interesting enough to warrant any sort of fiery response anyway. It follows Kathryn McSorley-Jodell (Garner), an adamantly neurotic health instagrammer, and her dorky husband Walt (Tennant) as they retreat to the California woods for a camping trip with friends. But friends is perhaps too strong of a word. Because of her relentlessly controlling tendencies, nobody really likes Kathryn, and except for Walt and a couple of his friends from college, nobody else really likes each other either.

Still, the worst part of the show isn’t that it’s abrasive or messy (although those elements don’t necessarily work in its favor). Its that it isn’t trying hard enough. Camping‘s ambitions to illuminate the blemished psyches behind its characters forms a clear line back to Girls, if you trade out the 20-somethings for 40-somethings, and its writing is as culturally prescient and razor-sharp as almost anything else on TV. But it doesn’t cohere; it doesn’t say anything new or tread down any unfamiliar modern-day territory. In fact, when paired with the hard-to-like characters on shows like BoJack Horseman, Succession, or Crazy Ex-Girlfriend, even its strongest efforts toward social criticism fall flat. With half of the season come and gone, it’s hard to imagine any viewers who aren’t Girls, Dunham or Garner superfans sticking around for the next act.

But in pursuit of celebrating the few good things about the show, here’s how the cast rounds out: There’s Carleen, Kathryn’s sister, and her partner Joe (Chris Sullivan), George and Miguel, two of Walt’s college friends (Brett Gelman and Arturo del Puerto) and their respective girlfriends, Nina-Joy (Janicza Bravo) and Jandice (Juliette Lewis). Less important are Orvis, Kathryn and Walt’s overprotected son (Duncan Joiner), Sol, Joe’s teenage daughter from a previous marriage (Cheyenne Haynes) and camp managers Harry and Nan (Bridget Everett and Yimmy Yin), a lesbian couple on the outskirts of the gang’s simmering drama.

It doesn’t take long for things to go south at Brown Bear Lake, mostly due to Kathryn’s psychotically high expectations. Instead of a pleasant 45th birthday celebration for Walt (that’s why they’re all there, apparently), the trip is filled with — to put it lightly — constant interpersonal miscommunications. One of the biggest miscommunications, it can be said, is between the show and its audience.

Camping makes no real effort, so far, to explain its most basic intentions to viewers. Beyond its rather trite fish-out-of-water format, it’s increasingly hard to tell whether the show wants to be an acidic satire, a zany romp, or more of a comedy-drama like Girls or Dunham’s 2010 film, Tiny Furniture. There’s no reason it has to be any of those things, of course, but if it succeeded well enough in its own right to carve out a new niche, it would be generating a different discussion altogether. 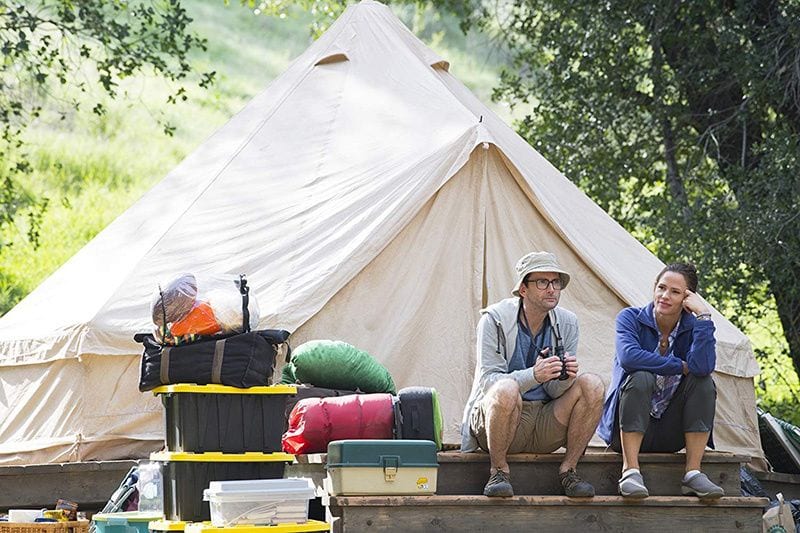 Rather than channeling its biting one-liners and petty drama into a greater force moving the plot forward, Camping allows itself to plod along on a scene by scene basis. Kathryn’s history with Nina-Joy has nothing to do with Miguel and Jandice’s lustful, spur-of-the-moment romance, which has nothing to do with Joe feeling left out of the mix between Walt and his college friends. The second half of the season could quickly fix this with some tight plotting, but the chemistry is lacking. Garner has obvious screwball chops, locating an innate silliness to Kathryn’s character that just barely saves her from being entirely unredeemable. Lewis is engaging too, milking Jandice’s hippie nonsense (for the record, she’s a DJ, reiki healer and nude model, among other things) for a much-needed Type B hedonism.

But the rest of the cast blends together, even as they all give technically accomplished performances. Walt’s storyline seems primed to explode, but the show’s fixation on his and Kathryn’s sex life and his traditionally rendered emasculation leaves little room for surprise or subversion. The rest of the men are inextricably tied to sex and masculinity, too, in a way that feels tiresome and boring. Joe mostly ignores Carleen, and his mysterious history with drugs and alcohol only serves to heavy-handedly illustrate a tormented inner life. Miguel has no personality at all, aside from being Jandice’s immature lover and Walt’s friend. George is equally nondescript, recognizable mostly so far for his growing hatred toward Joe for making a casually racist comment to Nina-Joy. The women, somehow, are even less compelling.

There’s an obvious bid in the show’s latest episode to appeal to a younger audience, with Busy Philipps, Nicole Richie and Hari Nef making cameos as neighboring glampers, but the storyline feels unearned in the wake of such underwritten main characters. The casting of Garner, Tennant (Doctor Who and Harry Potter), Skye (Say Anything) and Sullivan (This Is Us) seems like an attempt to attract mainstream viewers, too, which is confusing because the show feels only loosely attached to the current cultural moment in any other regard.

Camping might have had a better chance at viewership, or even acclaim, had it premiered a few years ago. But comedies on air today, like The Good Place, are multifaceted and intelligent while still retaining the rapid-fire joke format necessary to the network formula. It takes a true standout, with such a crowded comedic slate and in such a harrowing political climate, to survive in this day and age. And HBO, mostly a bastion of expensive prestige dramas as of late, is an odd place for a comedy without anything important to say. It’s likely too late for Dunham’s latest effort to become anything more than a footnote in an otherwise interesting career. 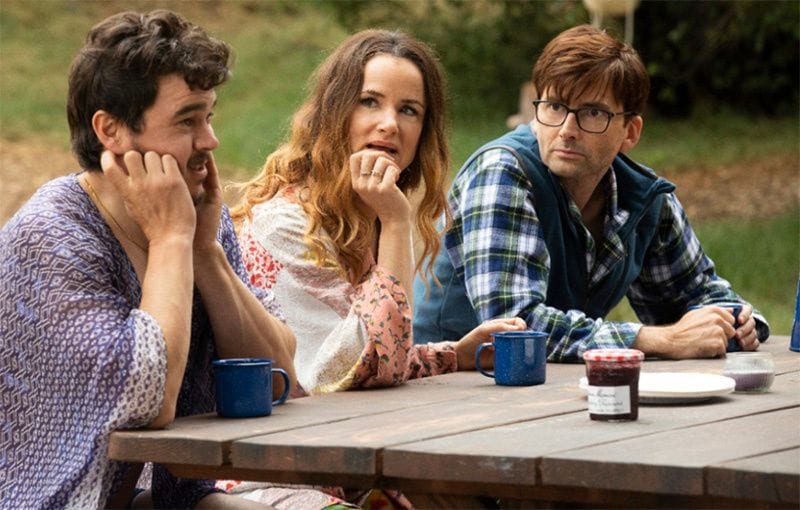