Bernard Rose’s Candyman (1992) marked an atypical entry into the horror genre. Hovering somewhere between a gory slasher and a socially conscious urban drama, Candyman managed to capture audiences’ imaginations as well as a $25 million return on the back of a Clive Barker-penned short story.

At the time Rose (
interviewed here on PopMatters) was best-known for a little British film he made in 1988 called Paperhouse, but he first cut his teeth on a number of music videos. It’s not difficult to see why Rose had been selected for the Candyman project; his style is one of grime and flash, combining a moody, drab colour scheme typical of European films, and a modish sensationalism born from the MTV generation of the ’80s. Such a unique articulation in style is what gifted Candyman with its enduring appeal. At its heart, it will always be a horror film, but framed within the construct of its character-driven narrative, it is so much more.

After a decade that birthed a run of dismal slashers, films of the ’90s were afforded a curious space with which to explore a genre that many had given up on by that point. The rise of home-invasion thrillers such as Barbet Schroeder’s
Single White Female (1992) and Curtis Hanson’s The Hand That Rocks the Cradle (ibid) had taken over and the undead killers from the countless sequels of horror films became an afterthought. In a climate exhausted by the woman-in-jeopardy formula, Candyman shouldn’t have worked. But Rose’s screenplay has enough smarts to keep a number of the slasher clichés at bay, bringing to life a character of Barker’s imagination (from his story “The Forbidden”) with the shaping of a sincere hand.

Helen (Virginia Madsen) is a graduate student studying urban legends. Upon her research, she discovers the story of Candyman, a myth that circulates throughout the housing projects of Chicago. Candyman, she learns, was a 19th century slave who was lynched when his affair with a white aristocrat woman was discovered. His restless spirit, which sports a large hook in place of one hand, haunts the urban grounds of Chicago’s public housing, Cabrini-Green. 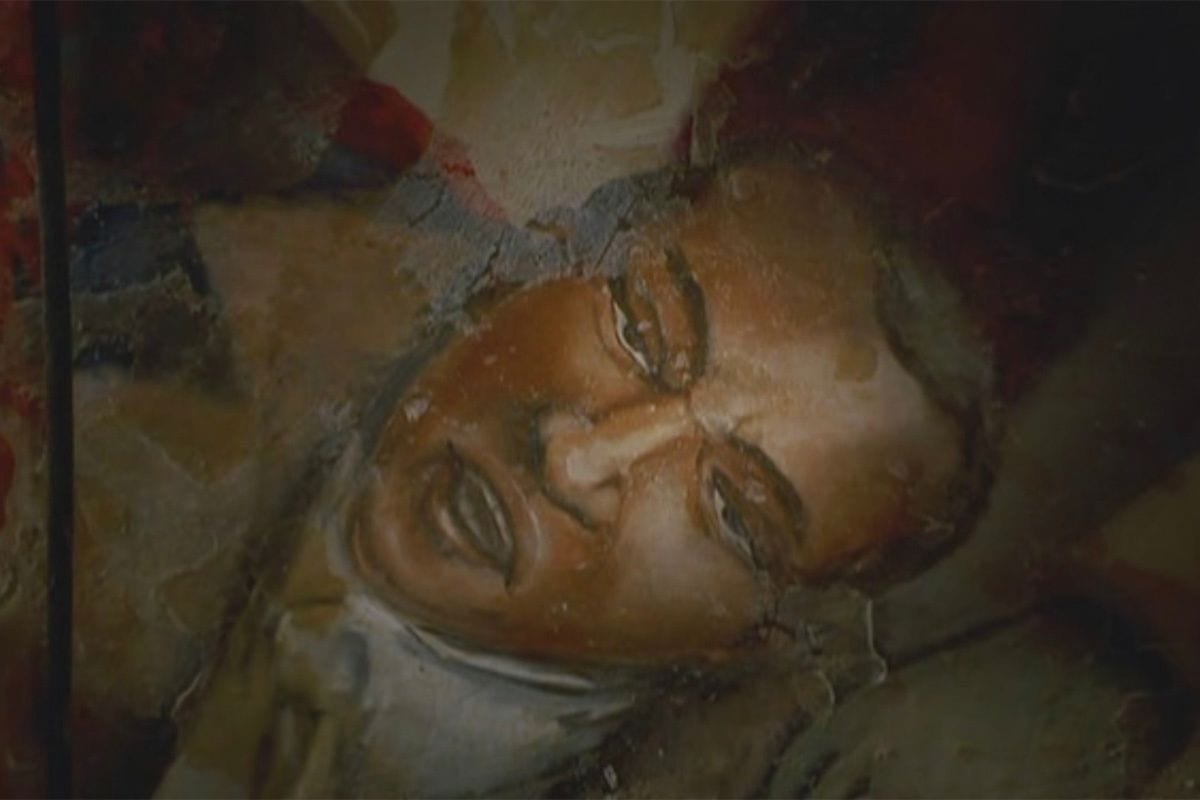 A number of the Cabrini-Green residents swear the Candyman (who appears if you call his name five times before a mirror) has been responsible for the murders of several city folk. Helen, along with her research partner Bernadette (Kasi Lemmons), set out to the housing projects to learn more about the murders and if the Candyman myth has anything to do with the killings. Skeptical at first, Helen dismisses the myth as a by-product of the anxieties resulting from urban crime. Then, one day, a most unfortunate encounter with the Candyman in a parking garage changes her mind. Hunted by the homicidal ghost, she becomes the prime suspect in a spate of murders.

If it weren’t for its baroque atmosphere of urban Americana, Candyman would have been relegated to the growing pile of throwaway slashers. The gothic-laced narrative seeks to root the picture between a gritty realism and a poetic surrealism – which means it’s full of the usual art affectations that have sunk many a film. Candyman, however, knows when to play up the cheaper thrills and when to push for understatement; the balance offers a moody elegance that’s sorely lacking in many other horror films of its time.

Because Rose helmed a number of music videos before his filmmaking ventures, he’s got a sure hand on a certain monarchial style. A careful consideration of colour throughout bolsters the film’s emotional intensity, dressing the villain in dark burgundies and maroons so that he nearly disappears against the drab slabs of dirty concrete and aged, browning walls. In the grey set pieces of Cabrini-Green, violent slashes of colour run throughout the buildings, inside and out, to create a world graffitied with fear and paranoia – a harbinger of the dangers to come. Rather than shoot his subjects in static frames that would only present the action, Rose glides his camera around with elegiac sweeps so that we may better understand the sensuously-charged seduction between the two leads.

Other elements come together to make Candyman an interesting experience. Famed composer Philip Glass lends his talents to the picture, supplying the drama with a spare, sepulchral dirge that lingers eerily above the action. Rose does the audience a service in providing the film with handsome actors. Madsen (who suspiciously passes for a Vogue-era Madonna) is a smartly put-together young woman. She’s engaging before the camera in her at once determined and vulnerable turn as a reluctant heroine. Tony Todd’s Candyman is, thankfully, not at all the grotesque slasher villain so often depicted, but a charming and fetching character whose imposing figure and deep baritone underscores the film’s sexual electricity. 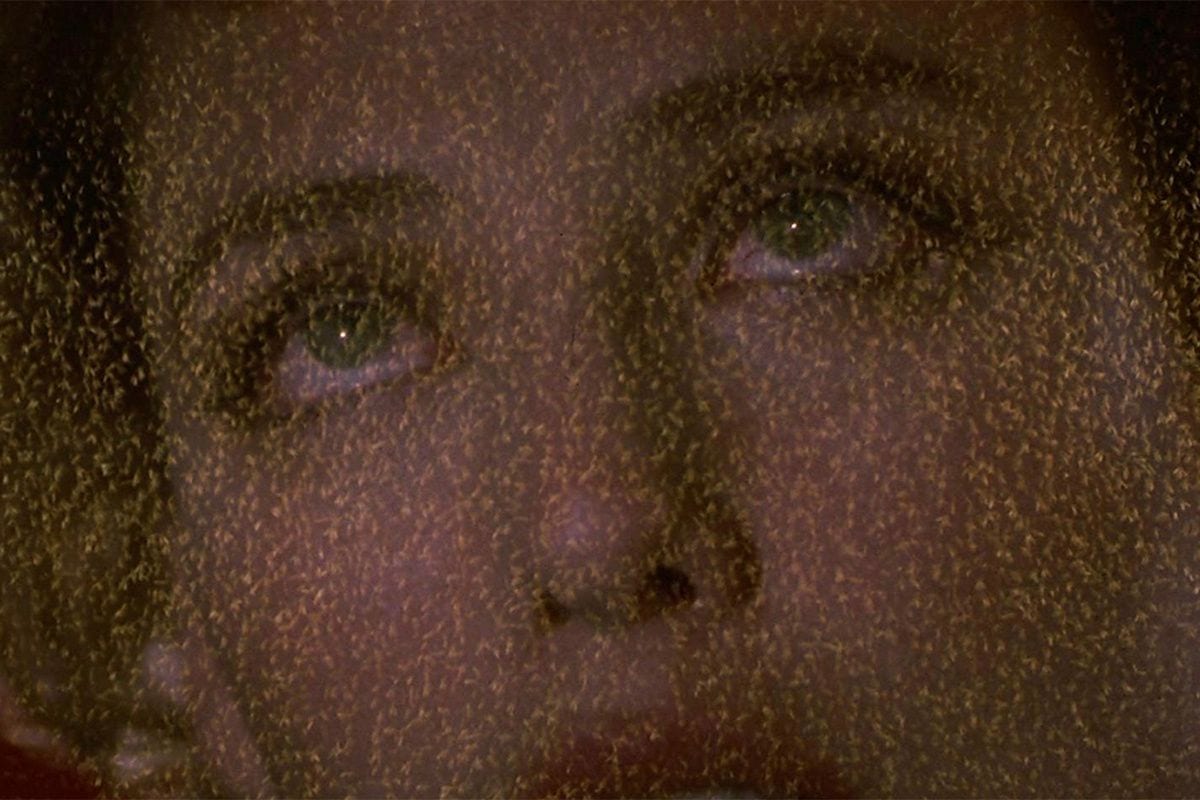 What truly separates Candyman from other horror fare, however, is its exploration of class and racial differences. Though it never really goes very deep beyond the topical surface, it does at times go out of its way to demonstrate the ways in which African-Americans have been unjustly branded through stereotype. Whether it’s the lynching of the titular character, which precipitates the narrative of urban malaise, or the protagonist’s curious and intrepid ventures into a social culture and community unknown to her, Candyman makes the effort to transform the horror genre into something more meaningful.

Shout Factory’s release is a dream for fans of the film, offering a double-disc blu-ray packed full of features. The blu-ray offers not one but four separate audio commentaries on the film. Included are 11 interviews with various cast and crew members. Storyboards provide an interesting look into the film, as does as a transcript of the original screenplay.

What really gives this cake its fatty goodness — the thing fans really crave — is the beautiful restoration of the film. Rose is a visual filmmaker who imbues his work with intelligent, often ornate images. His way with the camera and his use of the colour palette transcends the tired tropes of the horror genre, lifting Candyman into artier realms. Indeed, this film deserves to be seen in its best form.

Candyman, unfortunately, followed suit with the typical slasher and released a number of sequels that were poorly received. Understandably, the film’s backstory provided much fertile ground with which to explore the Candyman myth, but such attempts robbed the character of mystique. Those sequels, however, don’t tarnish the panache and daring of the original. If you like a little style, romance, and some socially conscious messages to go with your horror, you could do a lot worse.